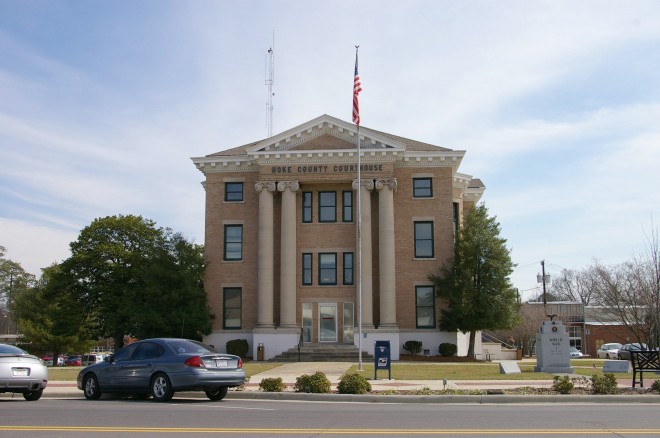 Hoke County is named for Robert Hoke, who was a Confederate general during the American Civil War.

Description:  The building faces west and is a two story buff colored brick and concrete structure. The building has a high portico supported by four large columns rising to the pediment and the same type of portico is on the south side but with two columns. The eaves have decorative trim. The building houses the County Superior Court and County District Court of the 19th Judicial District. The building was renovated in 1986. The architect was Dodge and Associates and the contractor was DWC Contractors.

To be constructed in 2022. The architect is HH Architecture and the contractor is MSquare Construction. Cost $6,000,000. 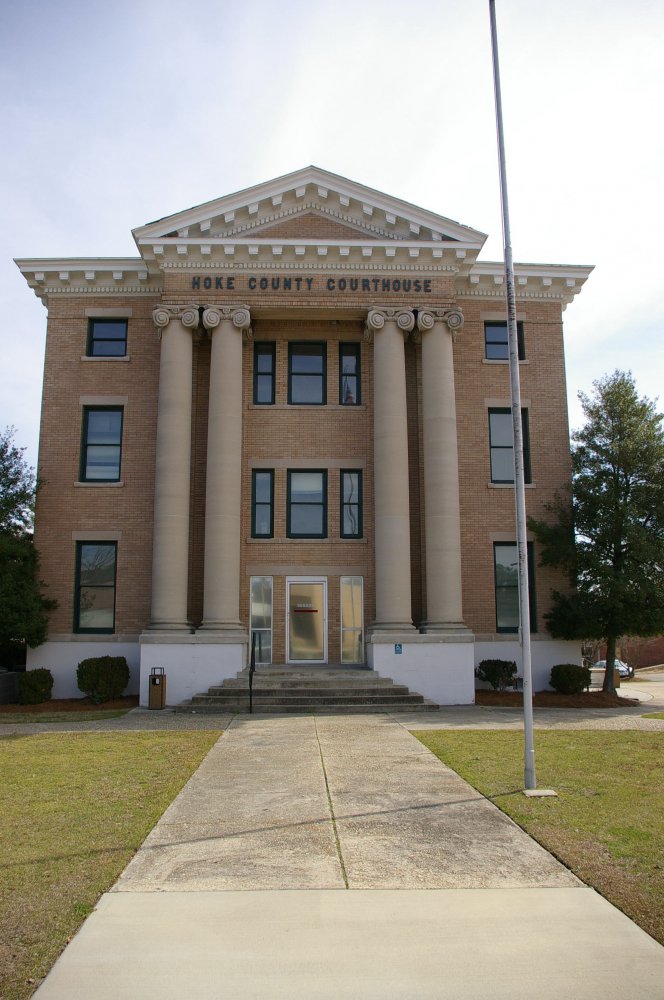 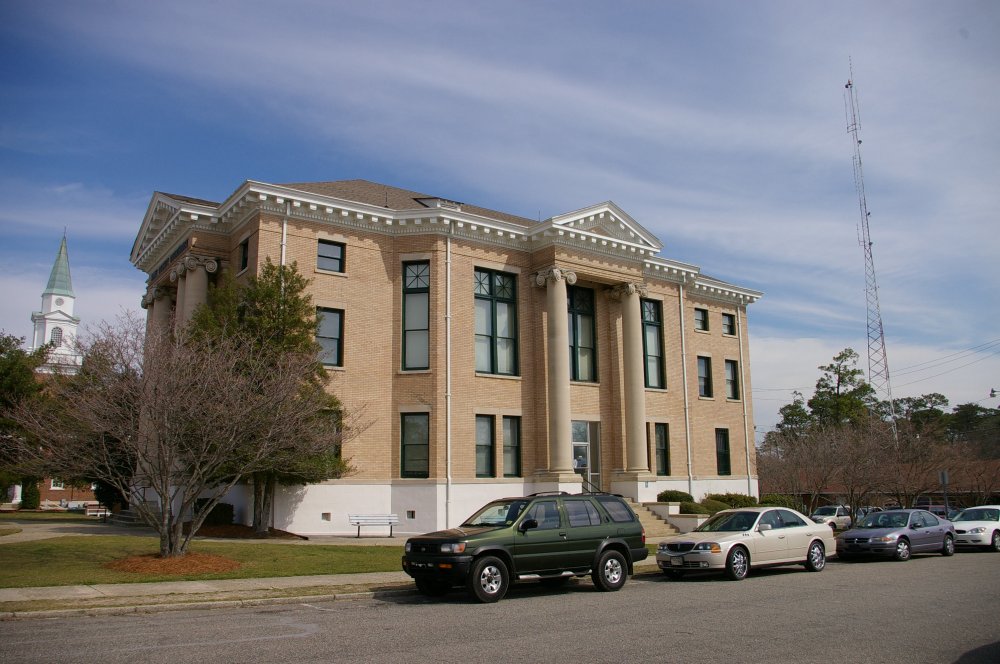 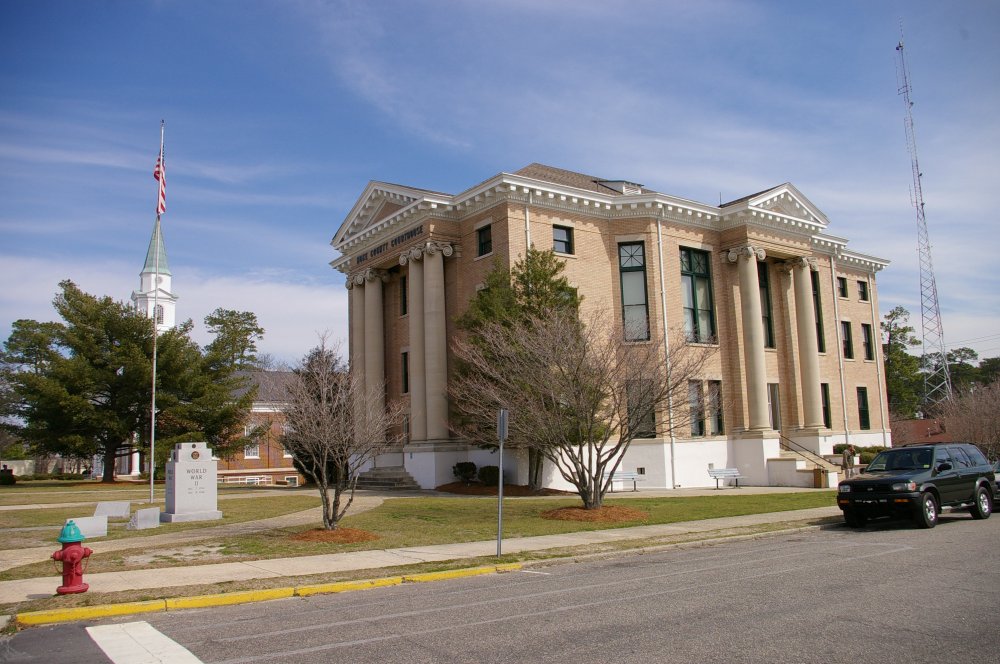 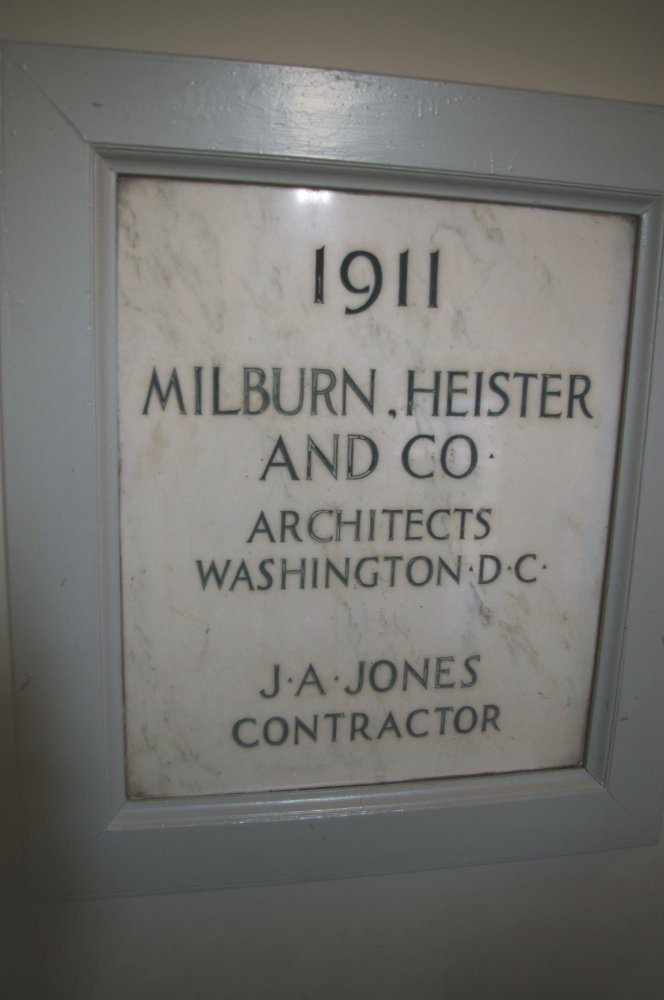 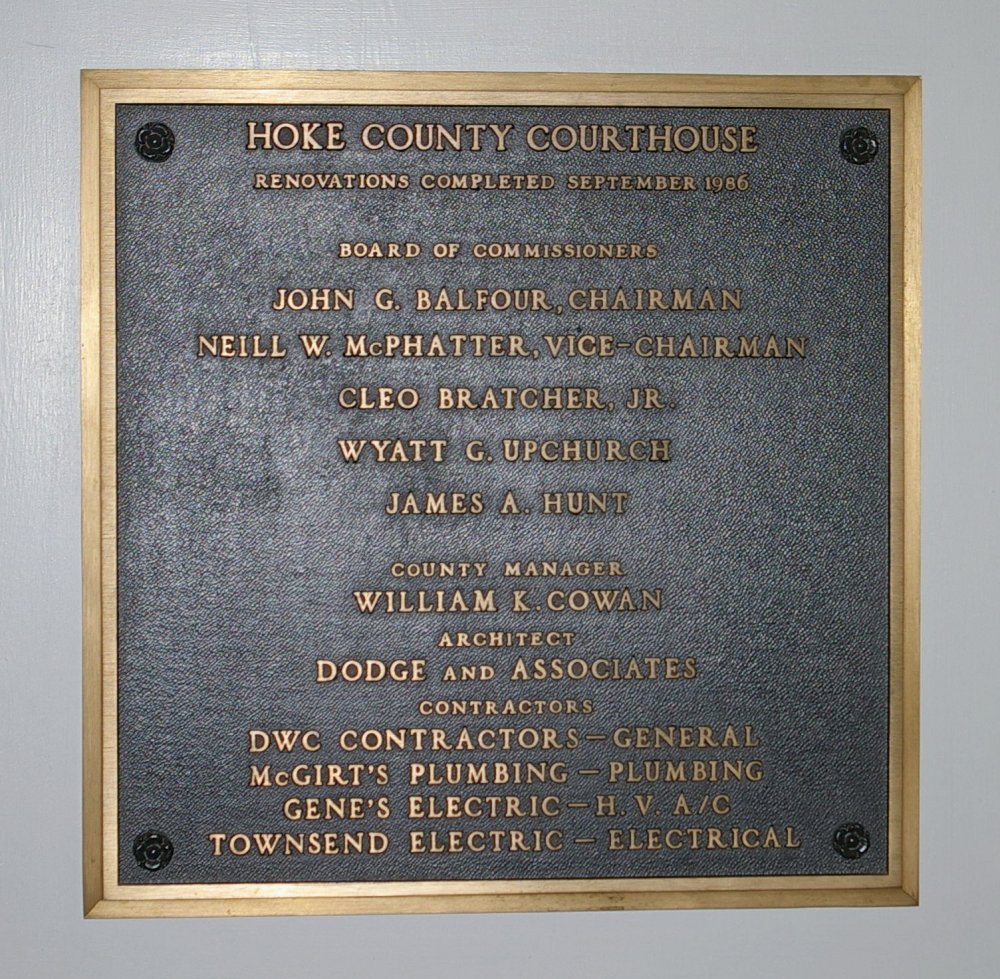