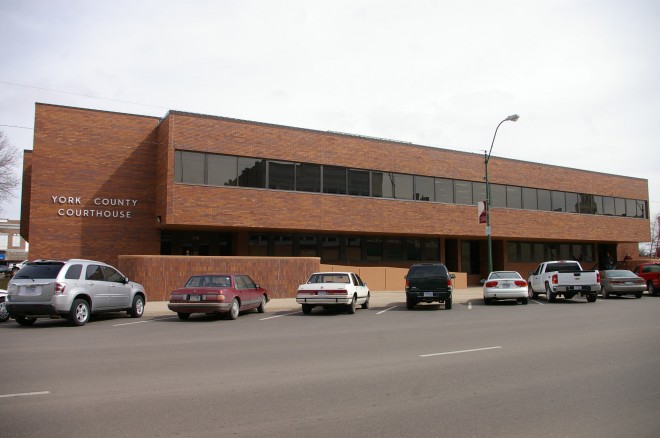 York County is named for either York in England or York in Pennsylvania.

Description:  The building faces west and is a two story red colored brick, glass and concrete structure. The building is located in the center of York. The west side has a recessed first story with entrances towards the north and south. The second story extends outwards and has horizontal glass windows. The roof line is flat. On the east side is a one story section with the courtrooms. The building houses the District Court and County Court of the 5th Judicial District. 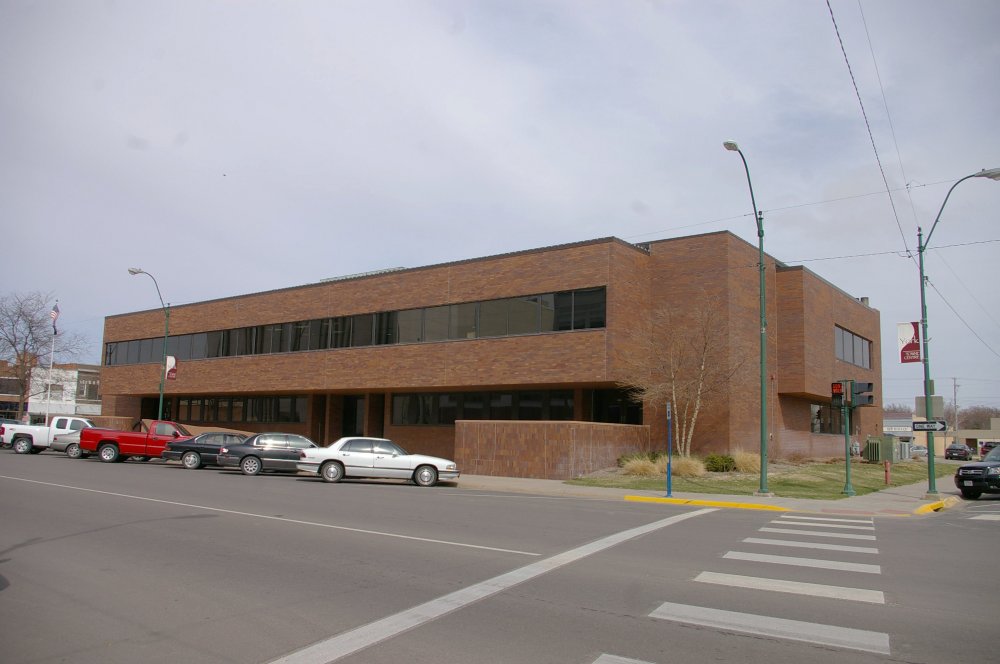 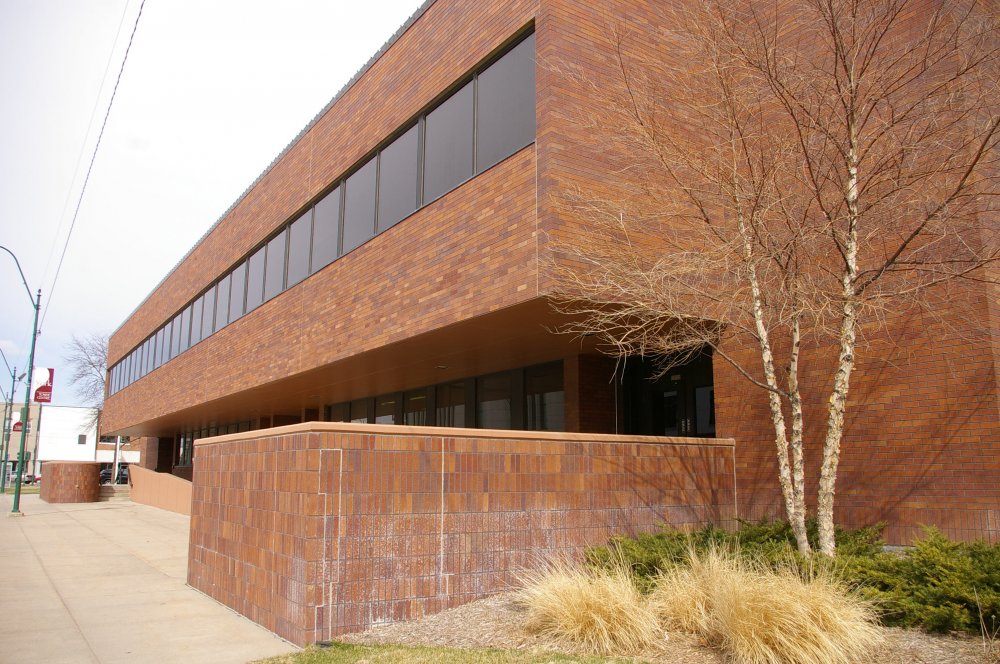 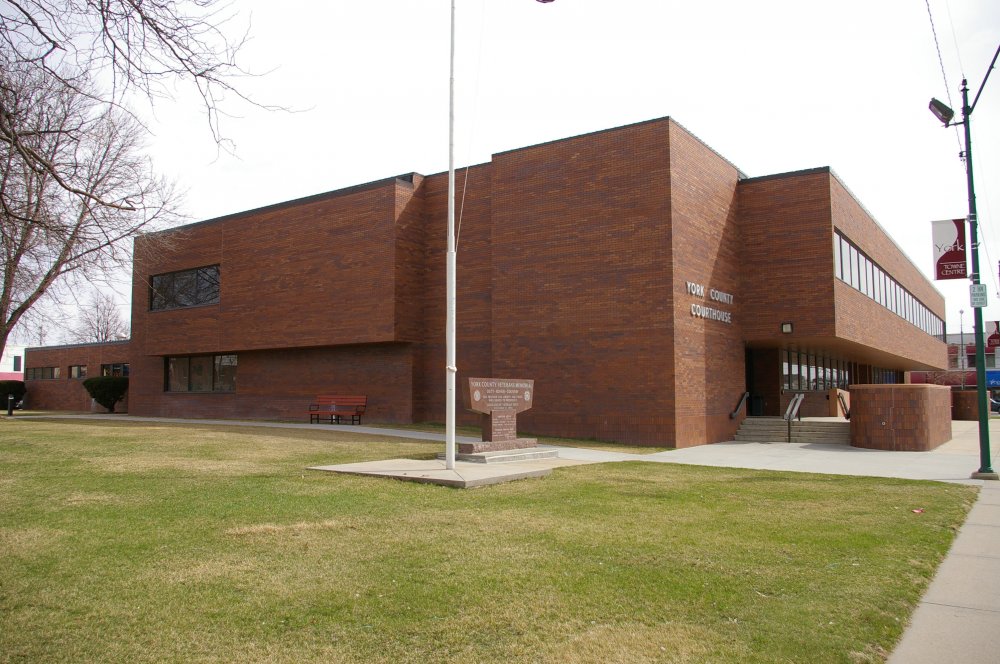 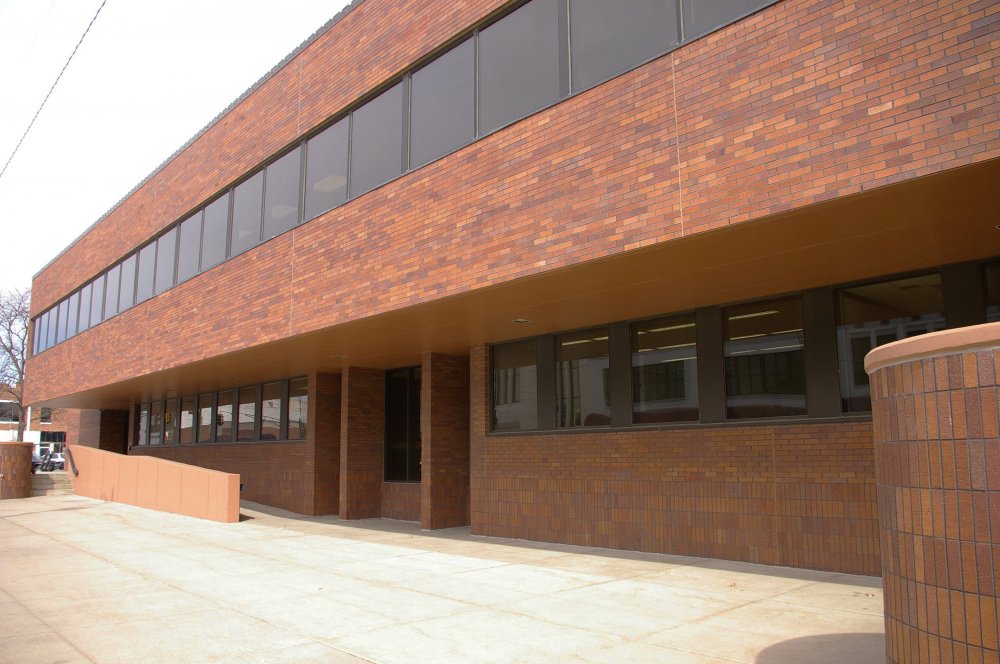 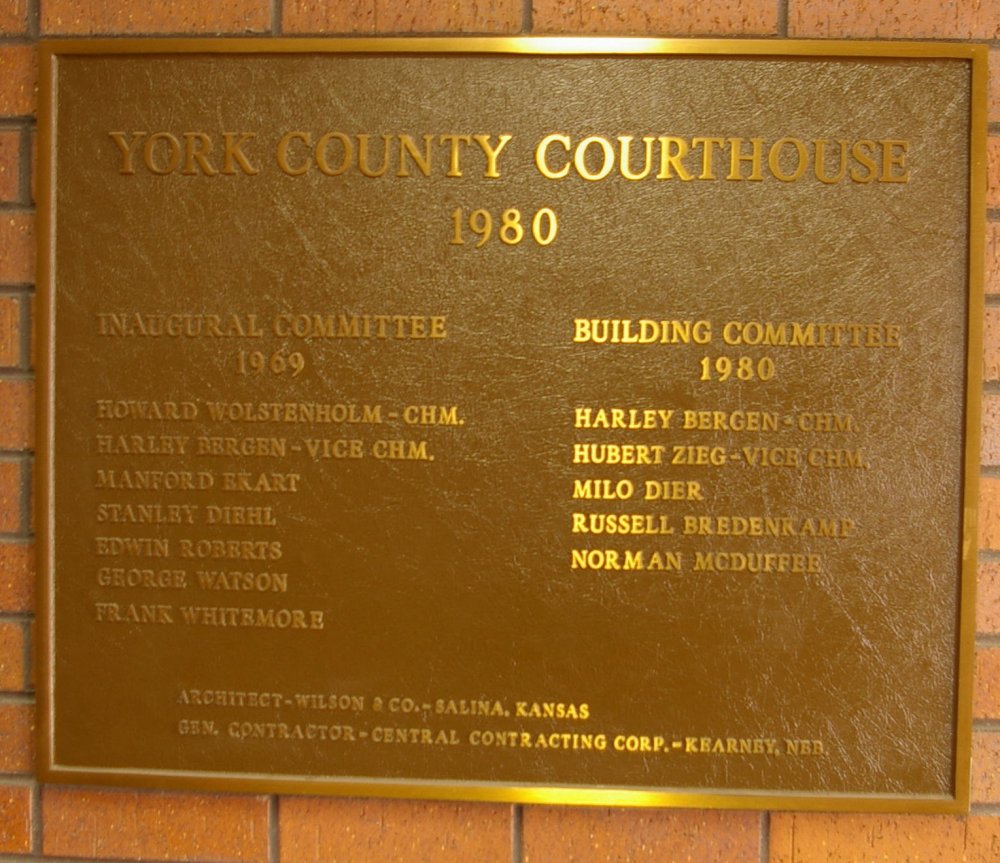 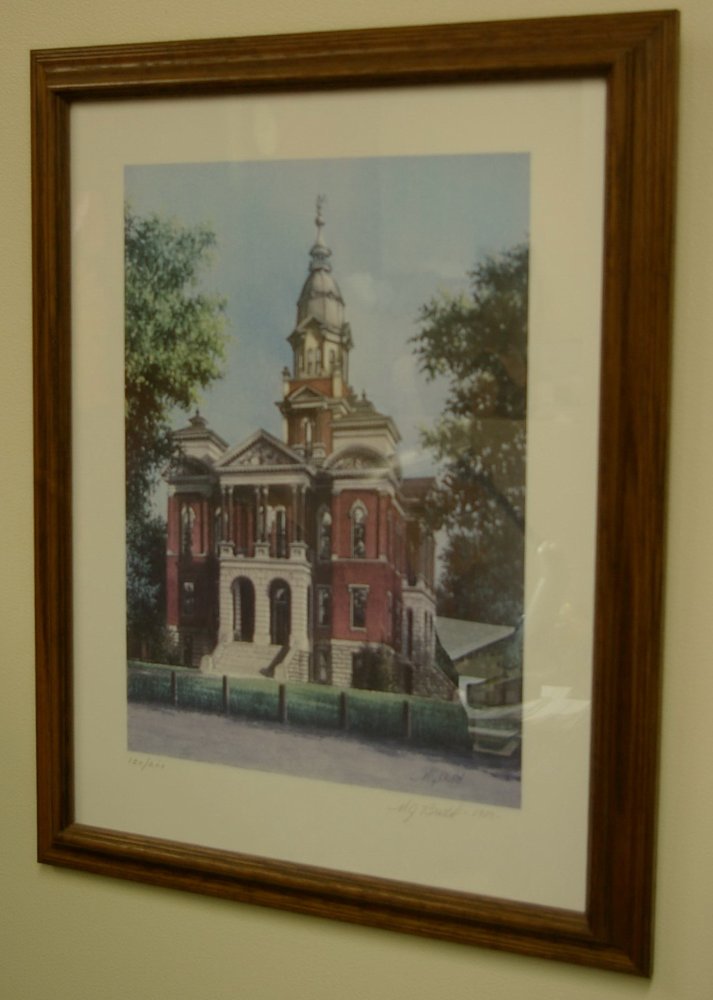