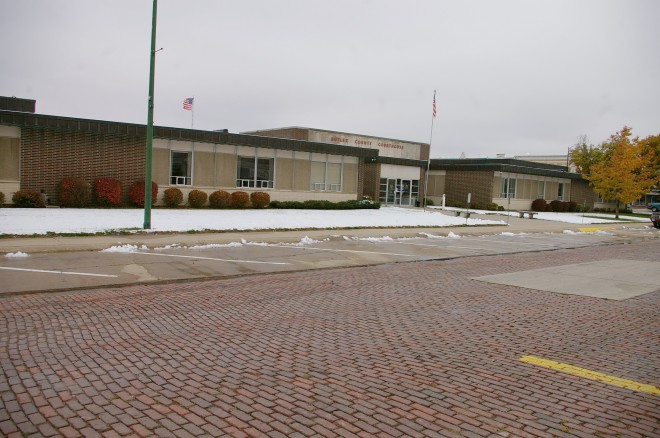 Butler County is named for David Butler, who was the first state governor of Nebraska from 1867 to 1872.

Description:  The building faces east and is a one story red brick, stone.  glass and concrete structure. The building is located on landscaped grounds in the center of David City. The east front has a recessed center section that rises higher than the north and south sections and has stone facing around the entrance. The north and south sections alternate with windows and red brick facing. The roof line is flat. There is a covered walkway on the south part of the west side between the building and the County Justice Center. 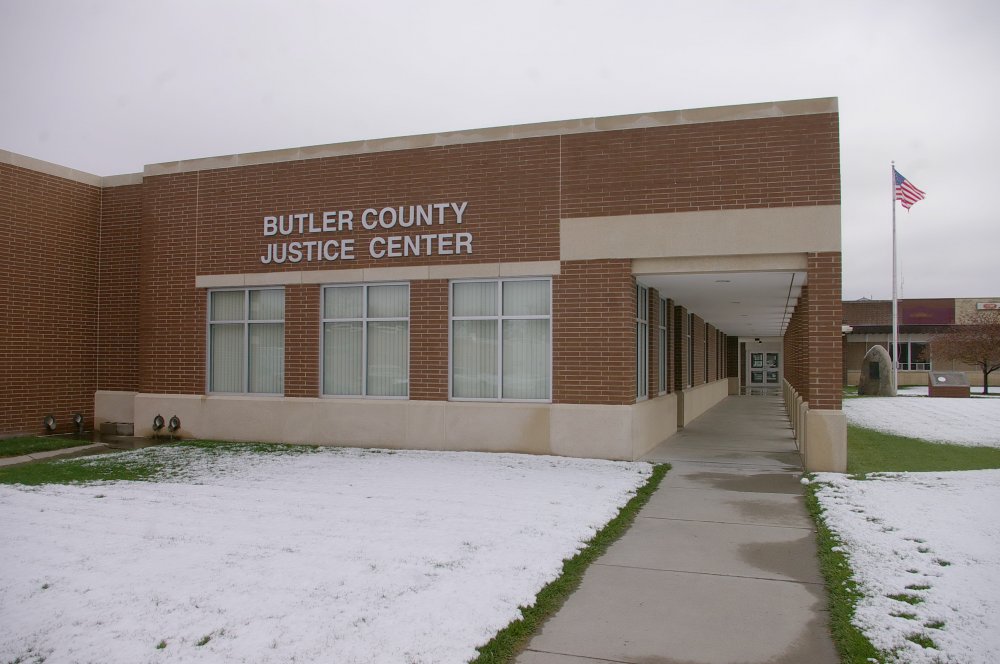 Description:  The building faces south and is a one story red colored brick, stone.  glass and concrete structure. The building is located on landscaped grounds in the center of David City on the west side of the courthouse. The south front of the square shaped building has a long porch with brick pillars. A white colored base runs below the windows. On the west side are high horizontal windows. The roof line is flat. The building is connected to the courthouse on the north side and by a covered walkway on the southeast side. The building houses the District Court and County Court of the 5th Judicial District. 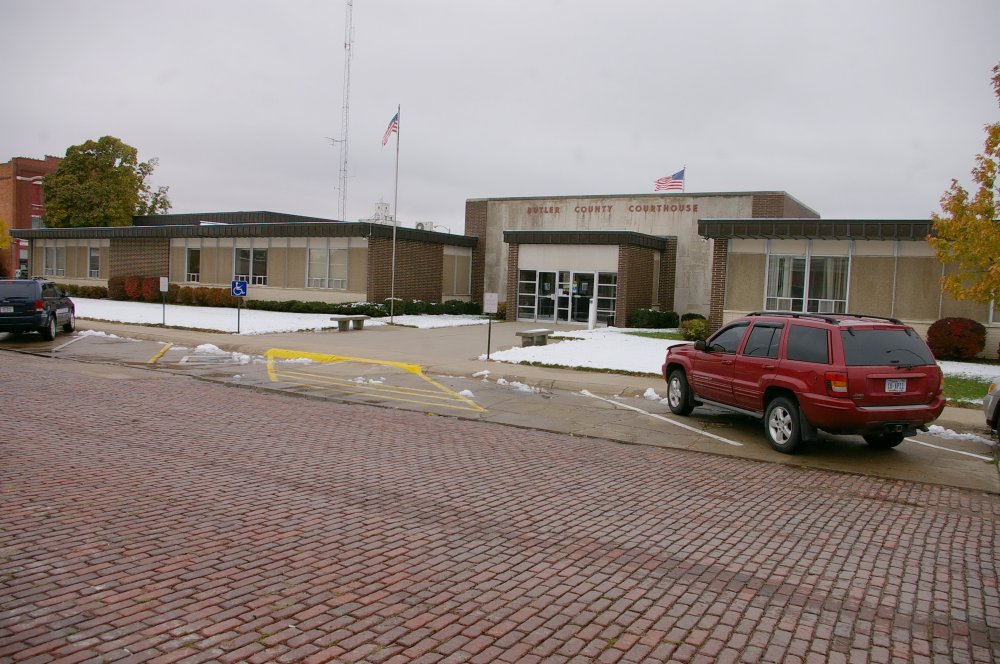 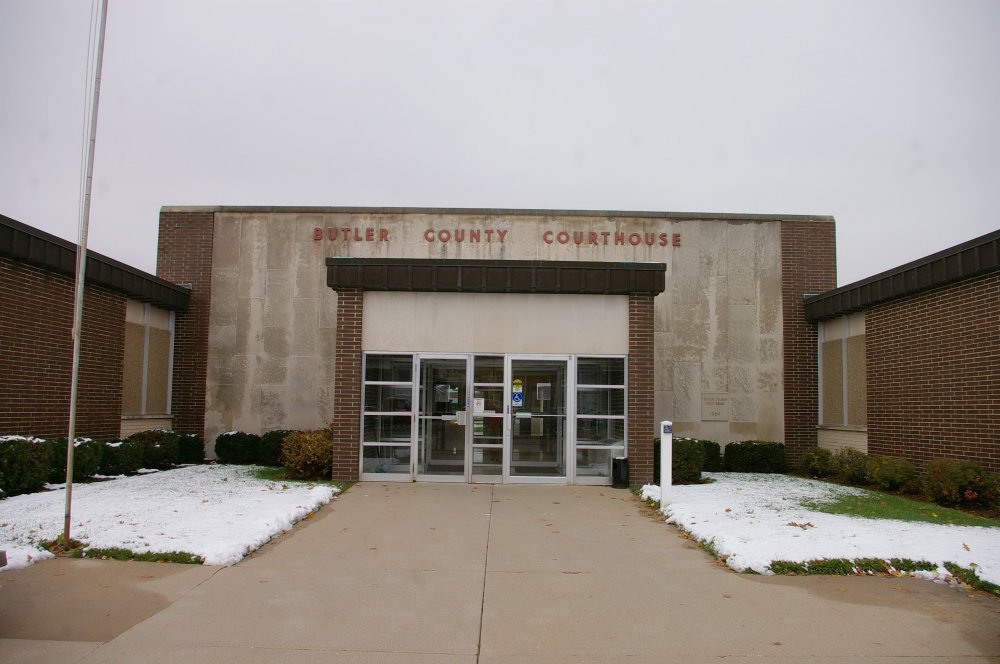 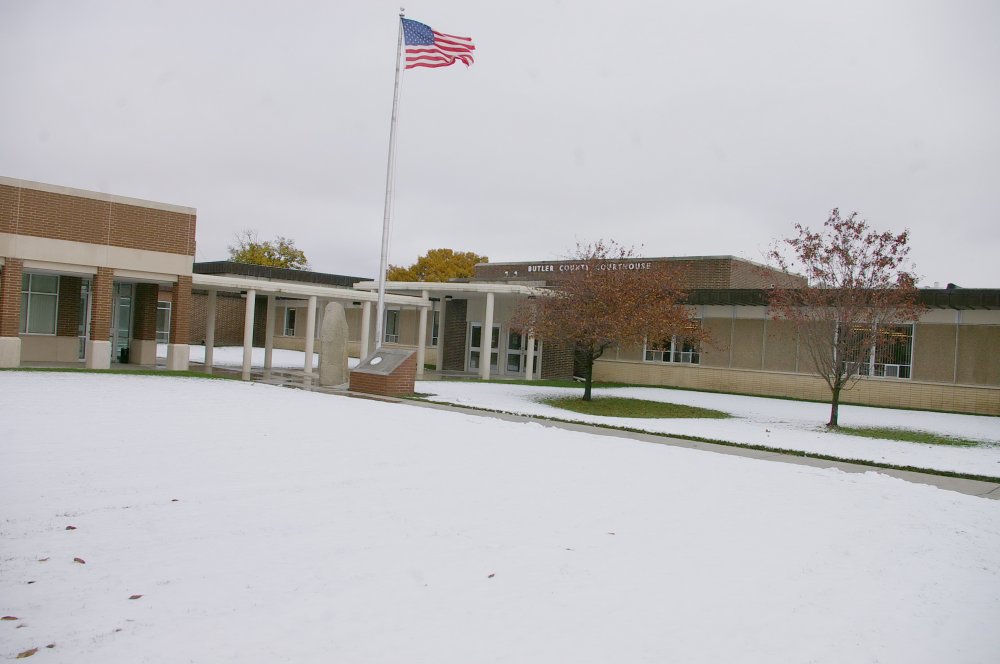 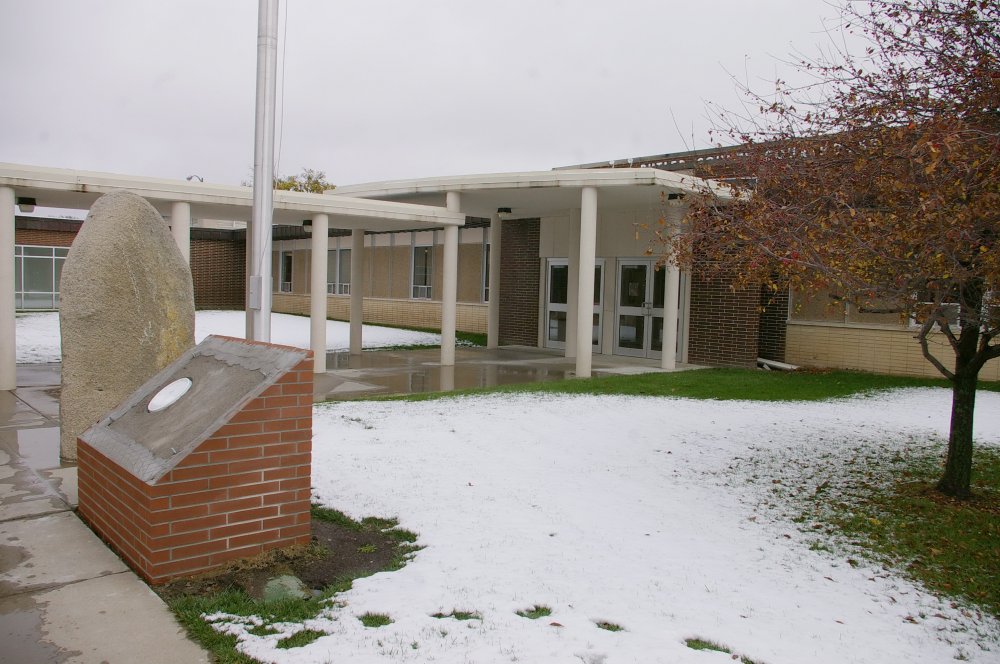 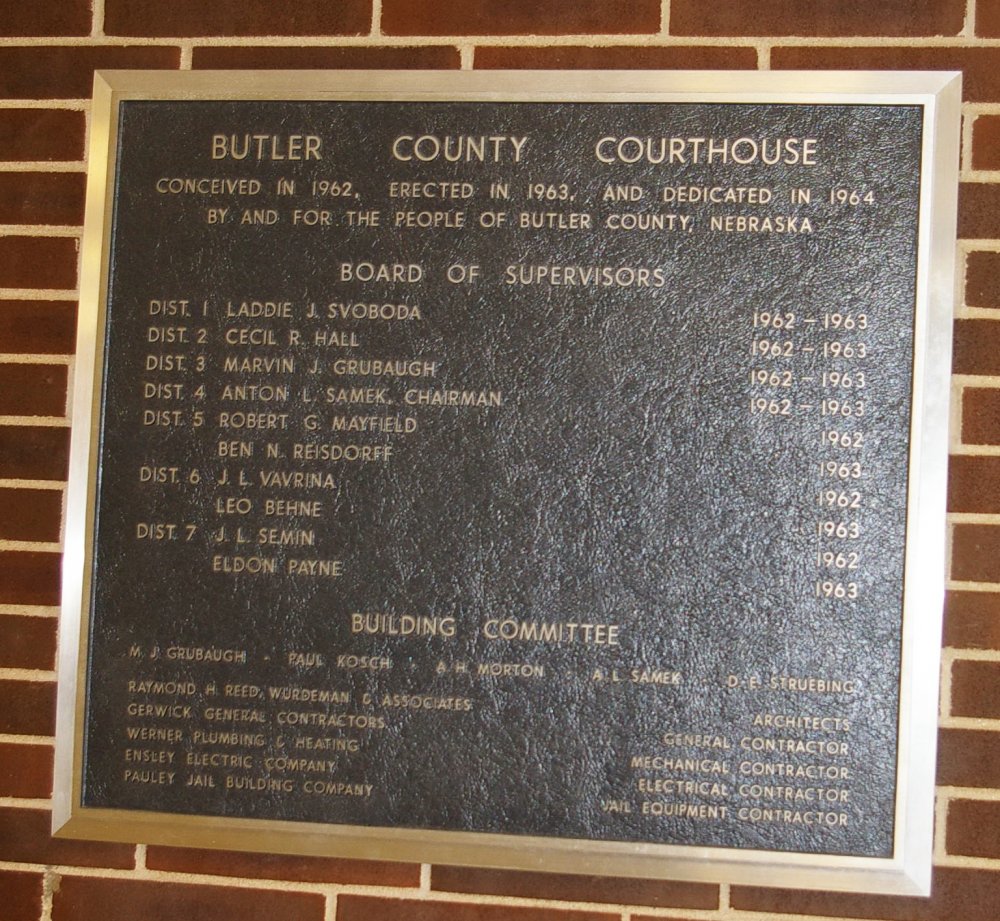 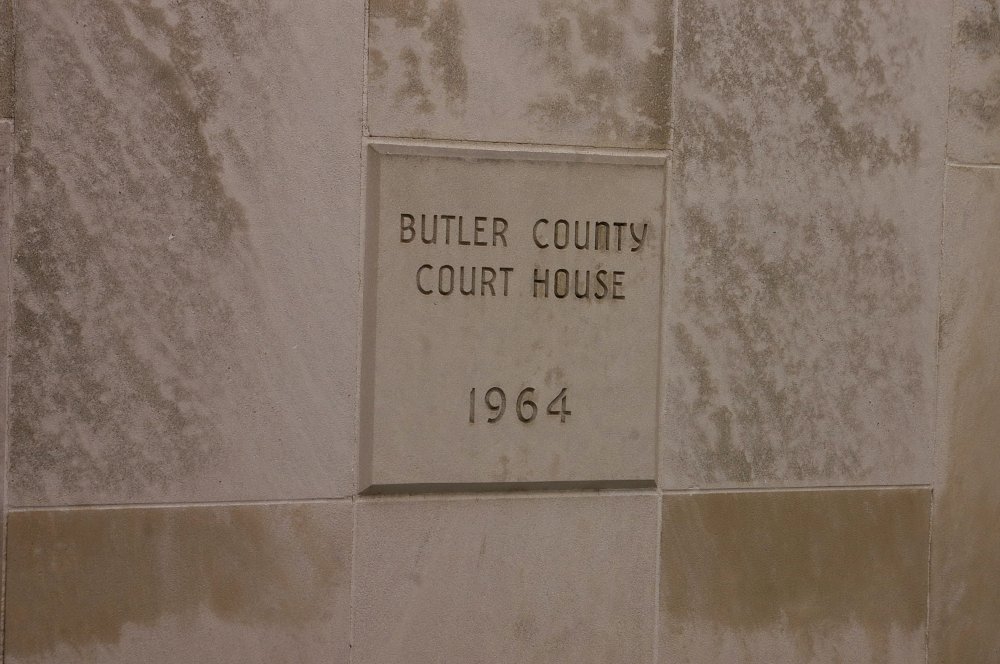 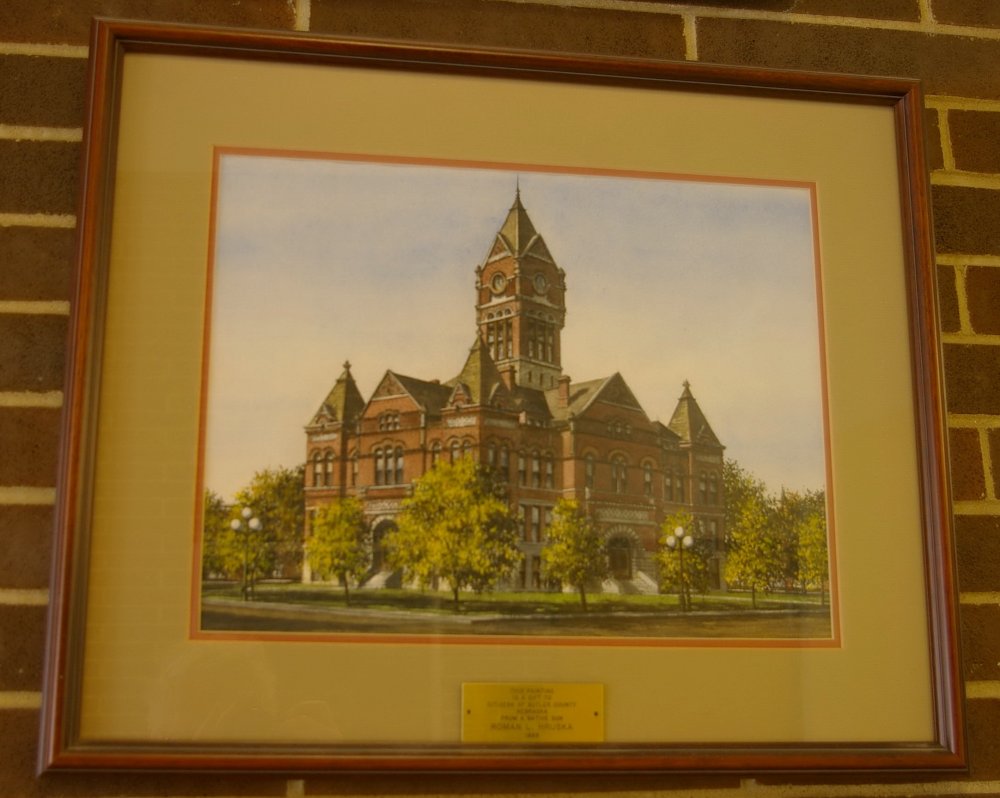 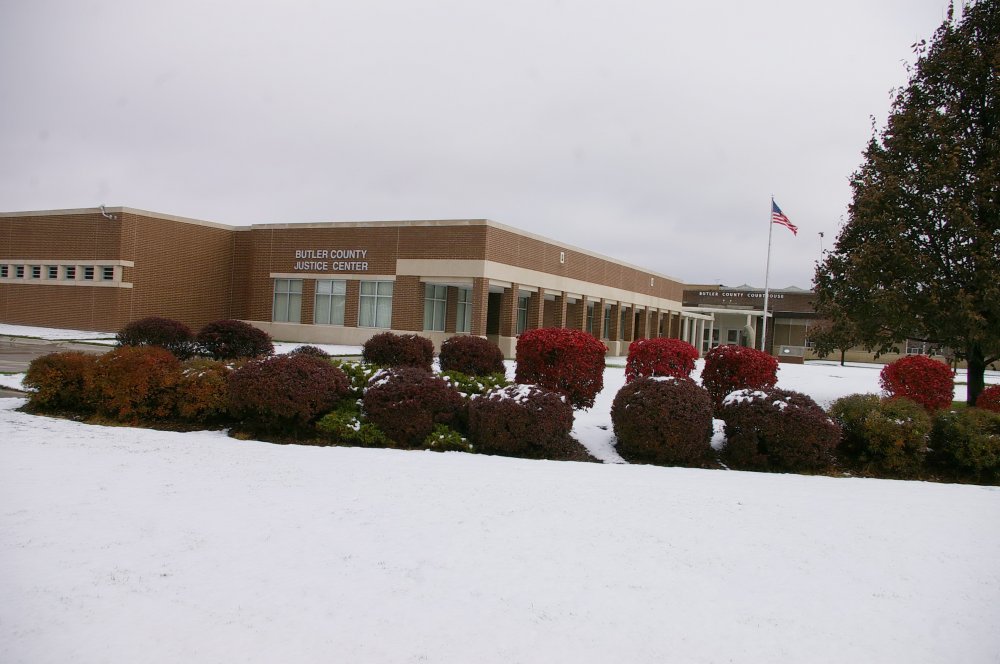 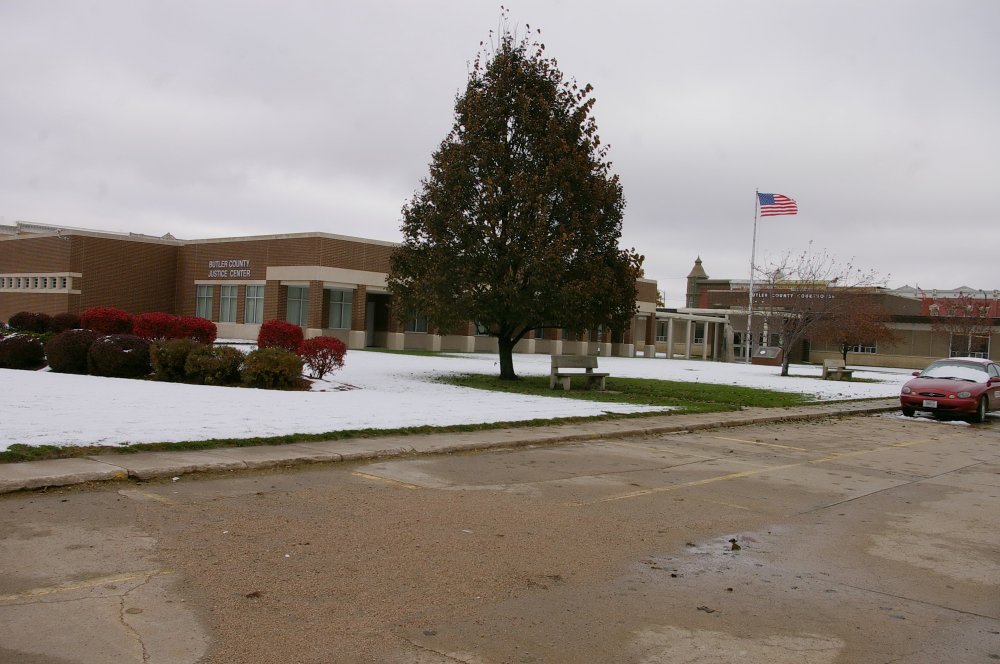