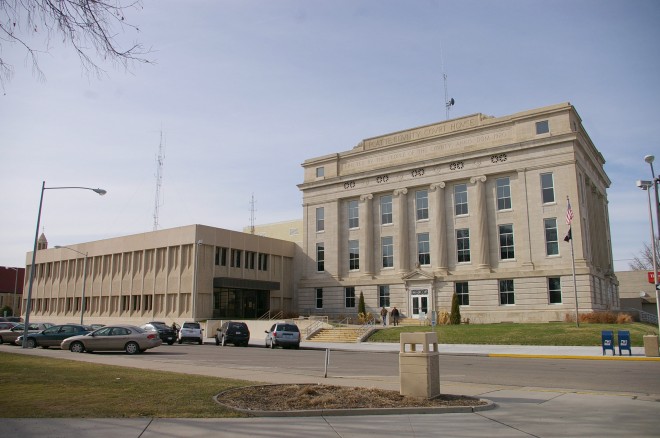 Platte County is named for the Platte River which flows through the county and which name is the French word for “flat”.

Description:  The building faces south and is a four story gray colored Bedford and Indiana limestone and concrete  structure. The rectangular building is located on landscaped grounds in the center of Columbus. The building has a raised basement with horizontal stone and a colonnade rises from the first to second stories. There is a partial attic space tucked behind the parapet. Below a rather broad but simple moulded cornice is a frieze with pairs of cutout starburst patterns alternating with circles. The frieze detail highlights the fluted engaged columns and their Ionic capitals. Five sets of long narrow windows alternate with the engaged columns on the south, a number that is reduced to three sets of windows and two engaged columns on the narrower sides of the building. Between the second and third story windows on these three facades are simple stone panels with the names of pioneers and May 28, 1856 incised on them. The roof line is flat. In the interior, the first story has two corridors which cross at the center of the building. Directly across from the south entrance, in the north corridor, are stairs up to the second story. The supervisors’ meeting room and other less frequently visited offices are located on the second story where there is no south corridor. The district courtroom occupies most of the south end of the third story, and the long east-west corridor is placed farther north in the floorplan than on other floors. The building houses the District Court and County Court of the 5th Judicial District. On the west side is a two story addition built in 1974 to 1977 which contains additional courtrooms. The architect was Acken, Hazen Hoffman & Miller of Lincoln.

Note:  World War I further contributed to the delay between 1917 and 1918. On March 10, 1920, the county board opened bids from general contractors. They rejected all bids as too high, and, in a cost-saving measure, decided to act as their own general contractor. They did hire a “clerk of the work” to administer the paperwork, however. In May 1920 the board selected the present site north of the tracks, which they bought for $20,000. The former courthouse site was then sold.

History:  The county was created in 1856 and Columbus was selected as the county seat in 1856. The first courthouse was designed by C A Speice and built, on the southeast quarter of Columbia Square in 1868 to 1870. The second and present courthouse was constructed in 1920 to 1922. 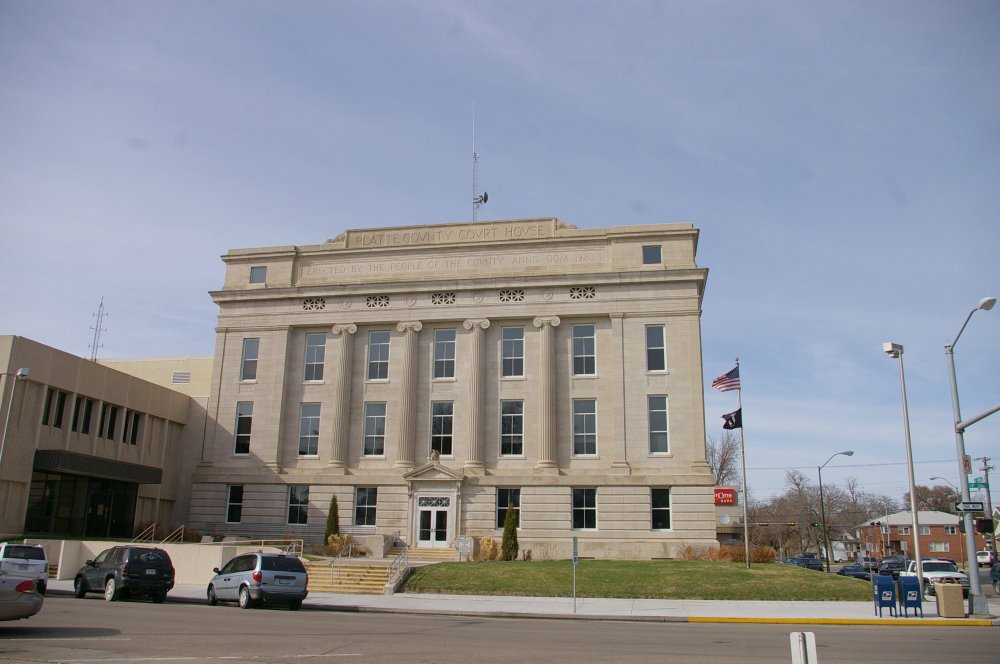 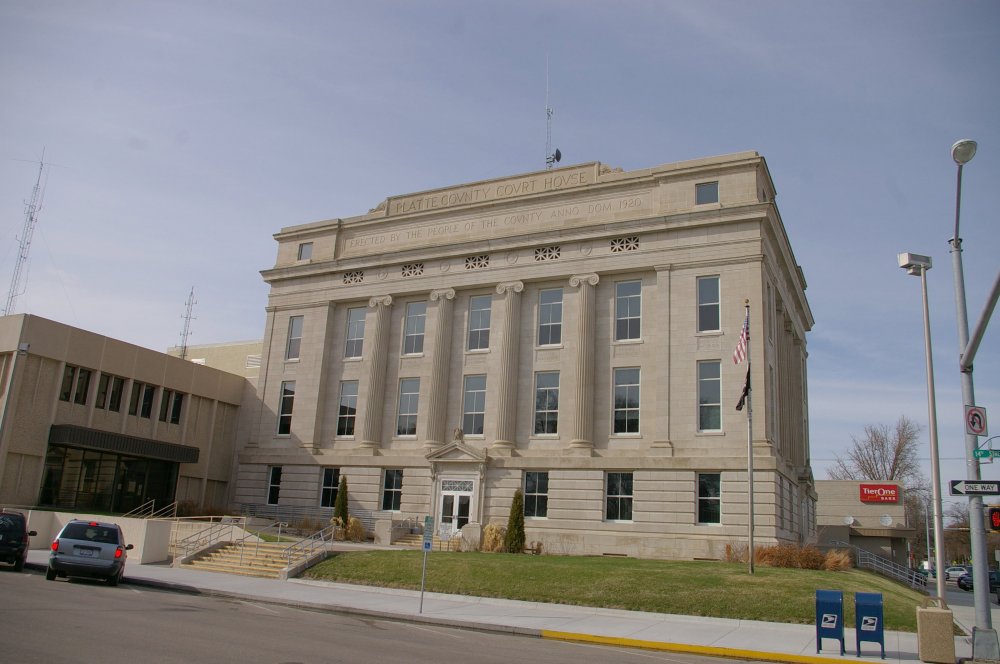 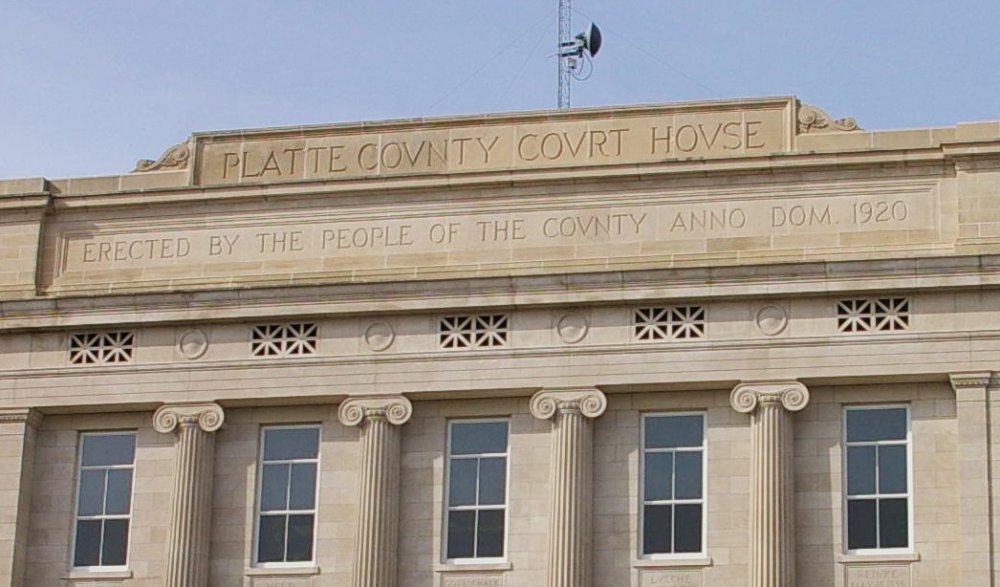 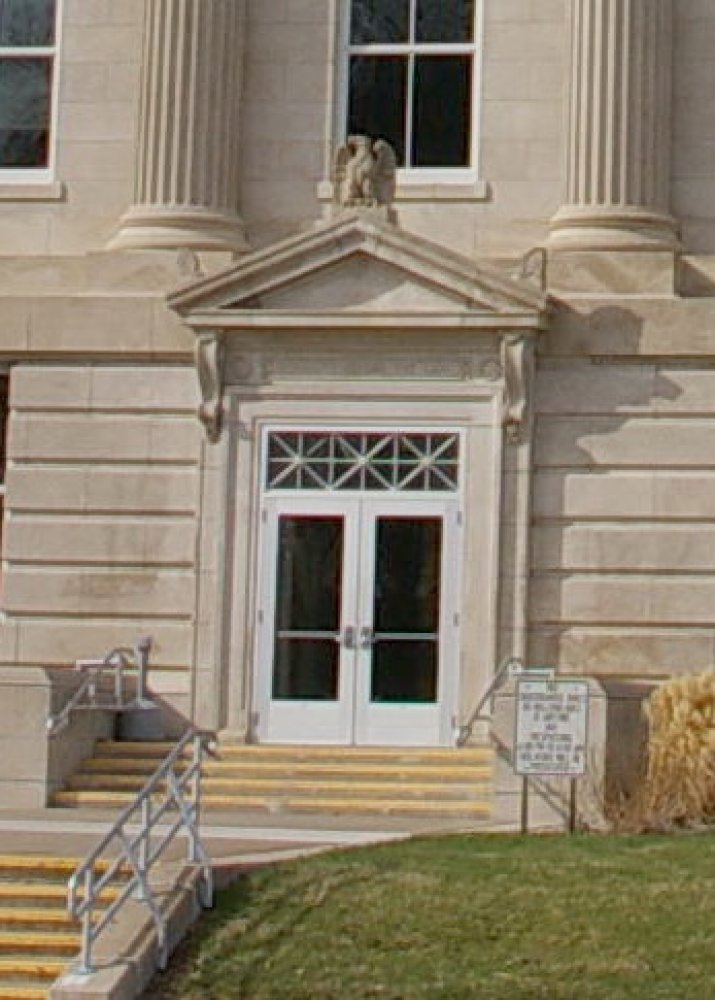 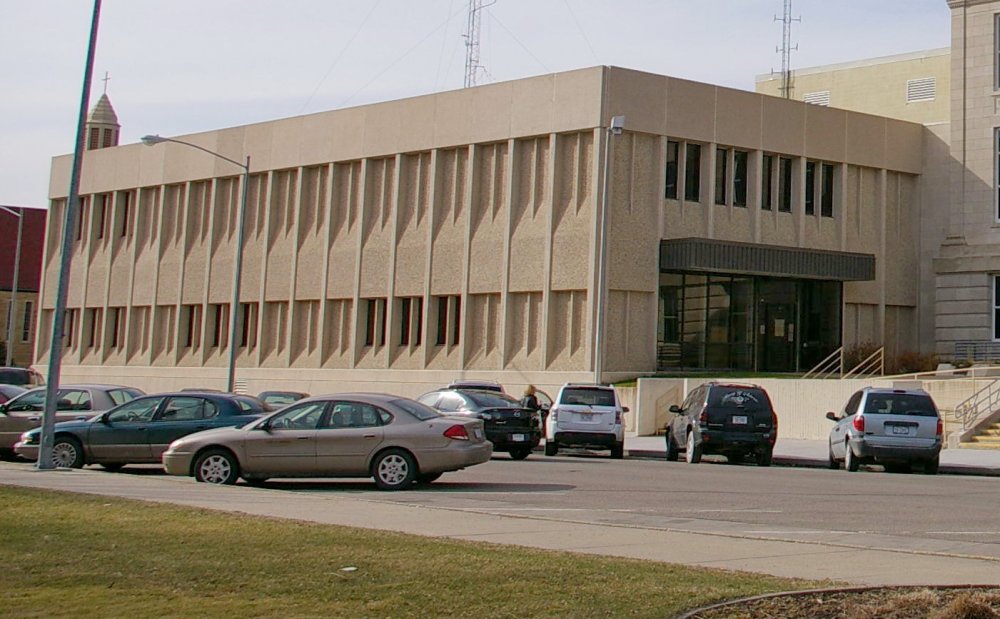 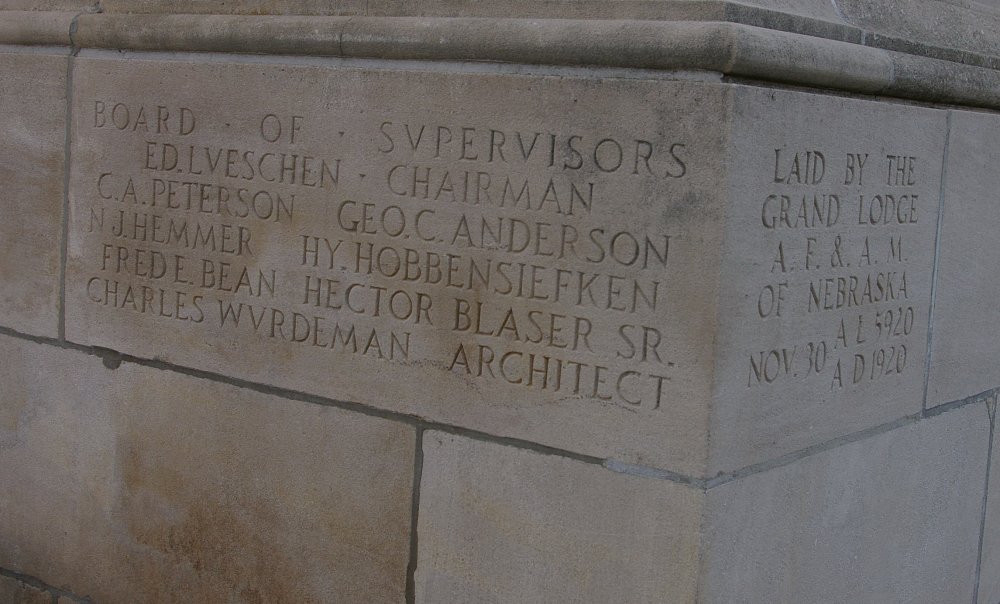