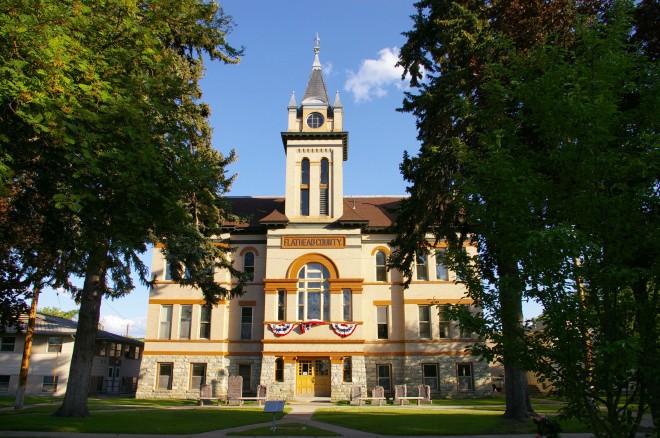 Flathead County is named for the Flathead Native American tribe that lived in the area. 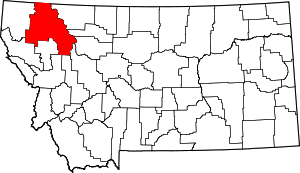 Description:  The building faces north and is a two story buff colored brick and concrete structure. The building is located on landscaped grounds in the center of Kalispell. The north front has a projecting center section with a square section rising to a square tower with a steep roof with four small turrets. The base of the building is stone. The roof is sloped. The project was supervised by William Davidson. Materials were supplied by Washington Brick, Lime and Manufacturing Company of Spokane, Washington. In the interior, there are wood stairs and woodwork. The former courtroom is located on the west side of the second story. On the south side is the Old County Jail. 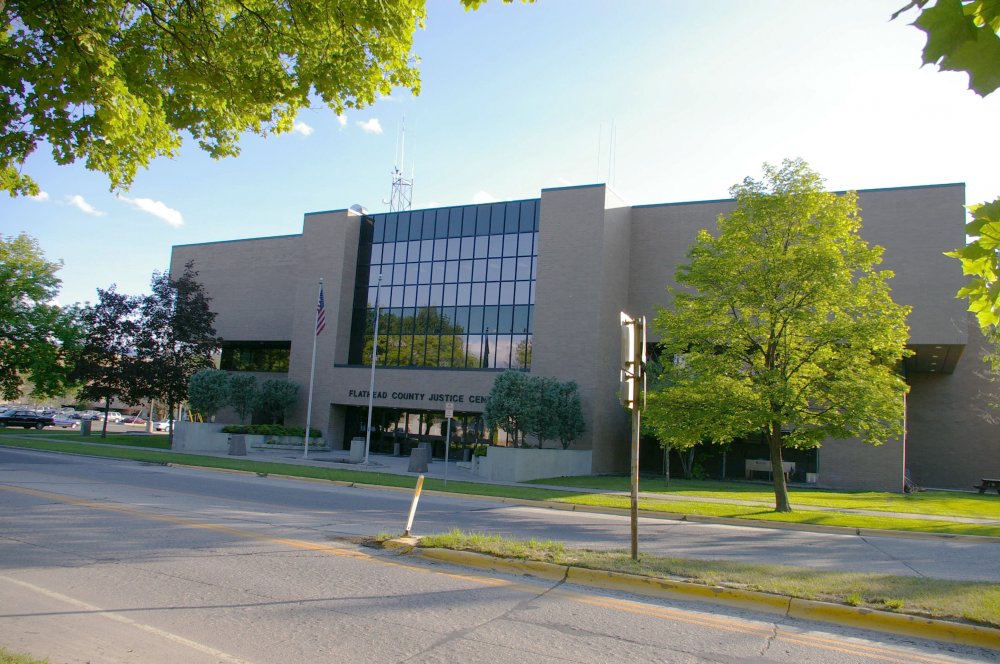 Description:  The building faces east and is a three story buff colored brick, concrete and glass structure. The building is located on landscaped grounds in the center of Kalispell with the courthouse to the north The east front has recessed glass door on the first story. The second and third stories have glass panels in the center section. The roof line is flat. In the interior, there are four County District Court courtrooms on the third story and the Justice Court courtroom on the second story. The building houses the County District Court of the 11th Judicial District and County Justice Court.. The building on the southwest side was being renovated to house the County Justice Court. 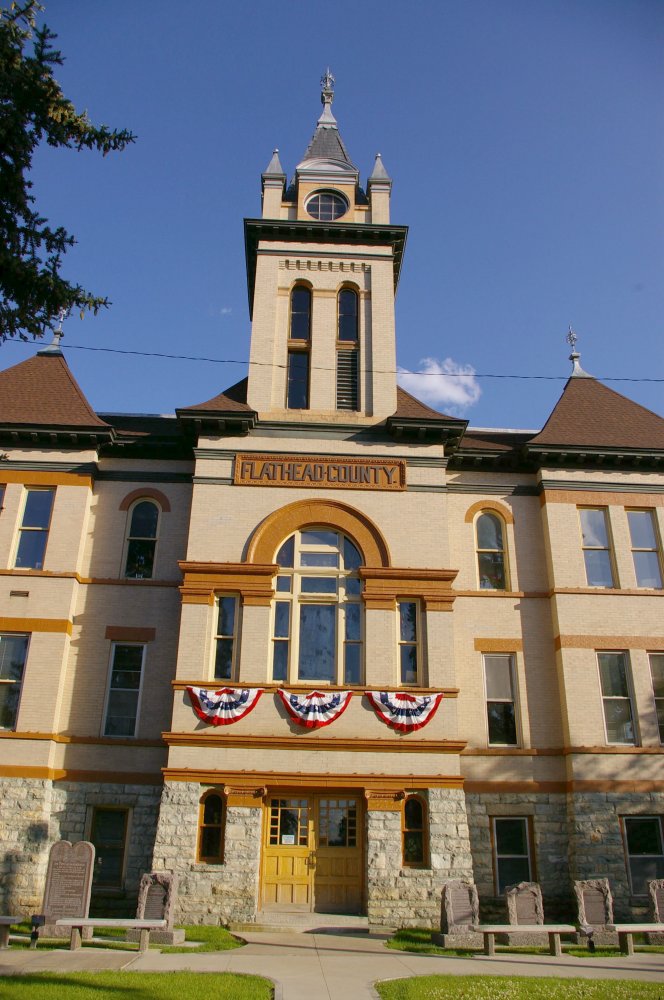 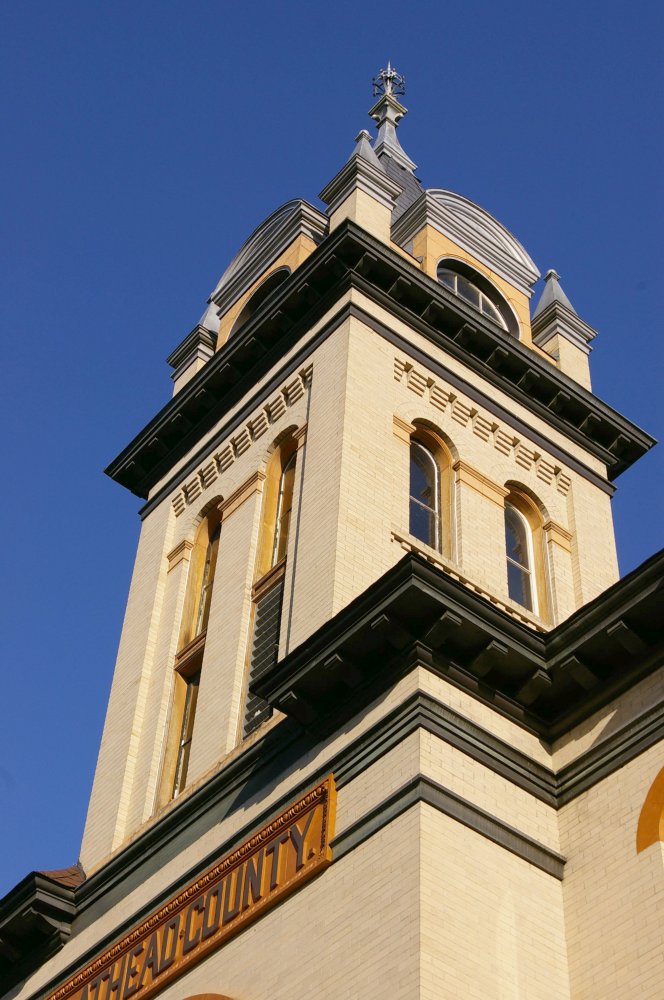 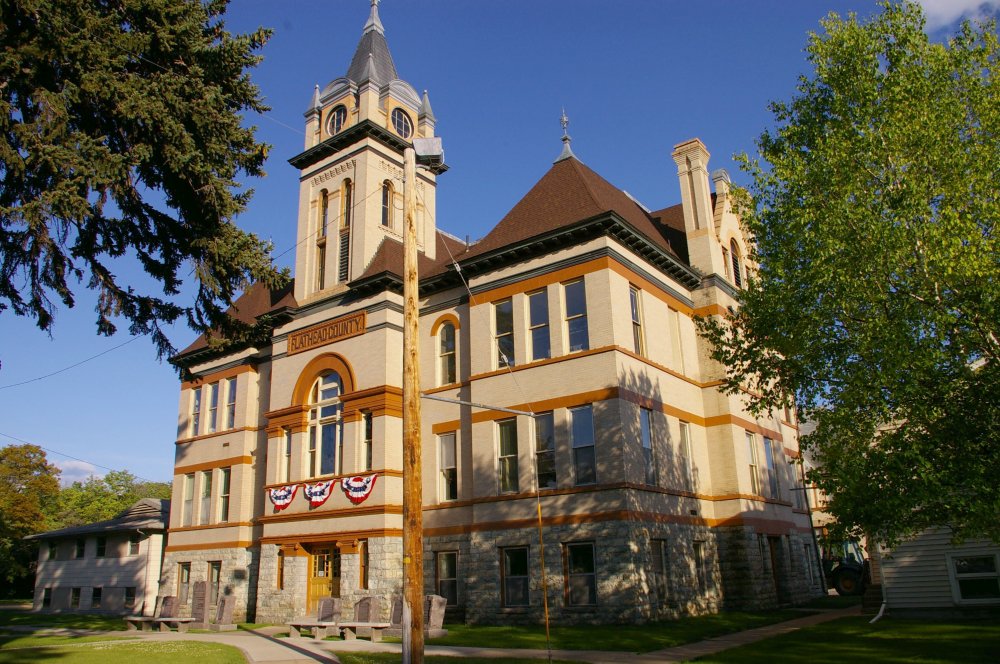 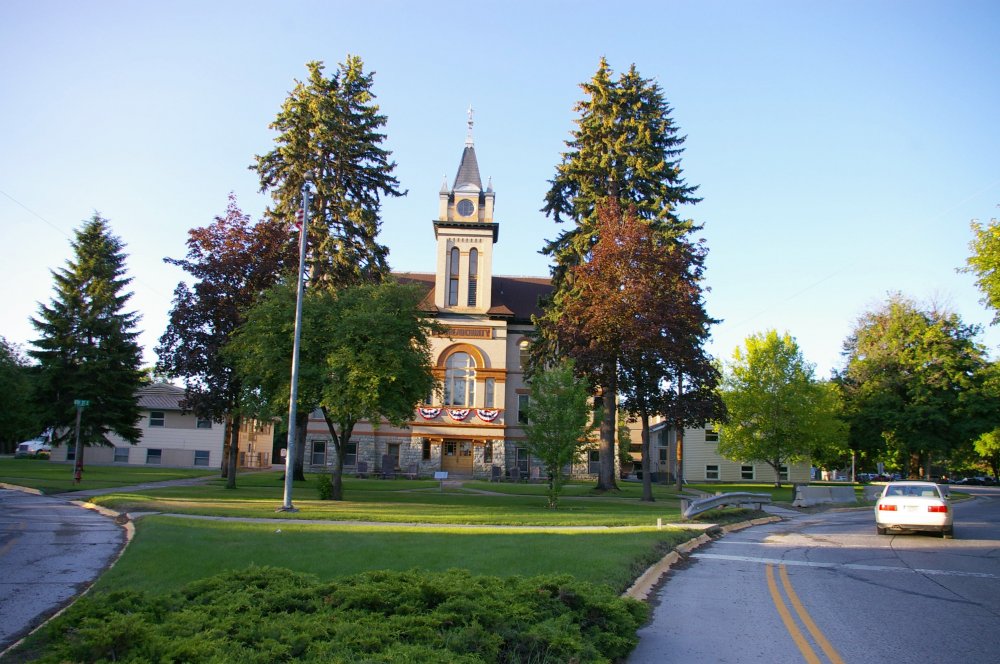 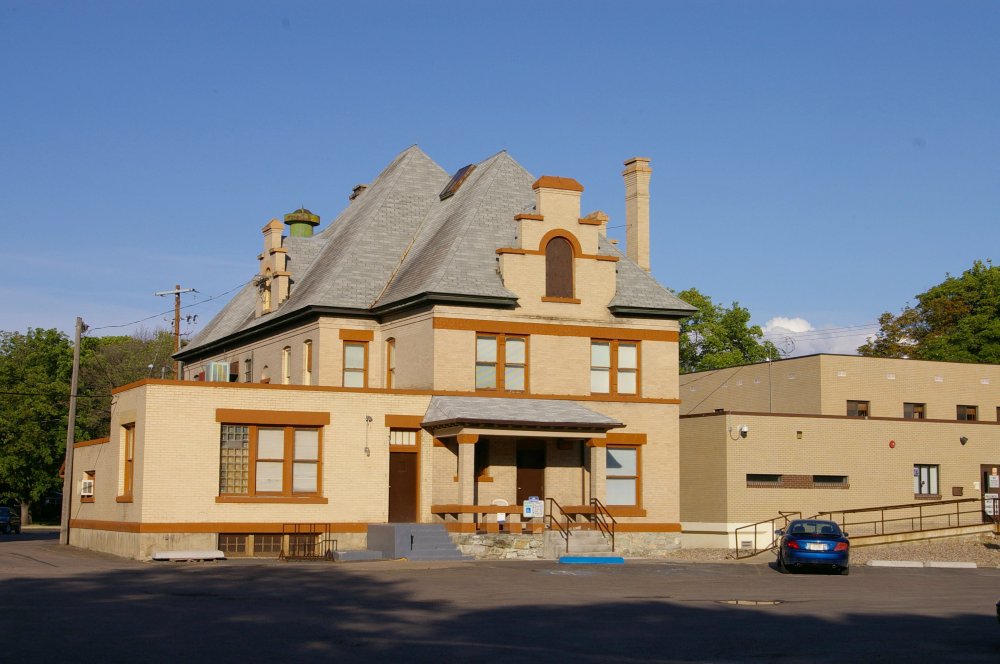 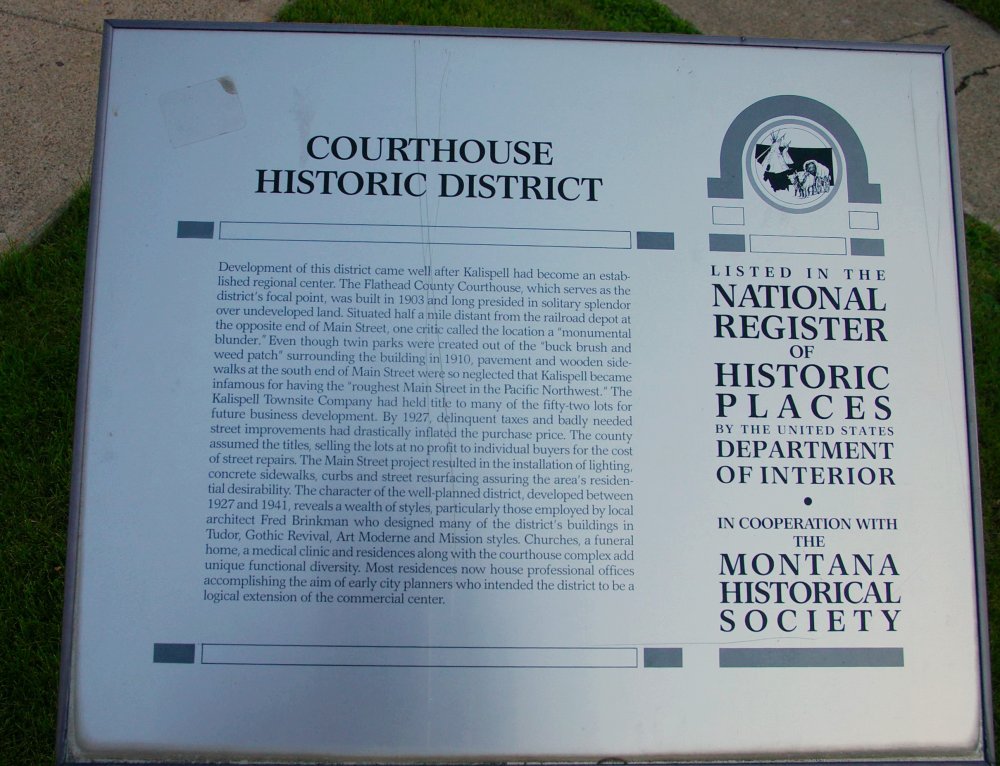 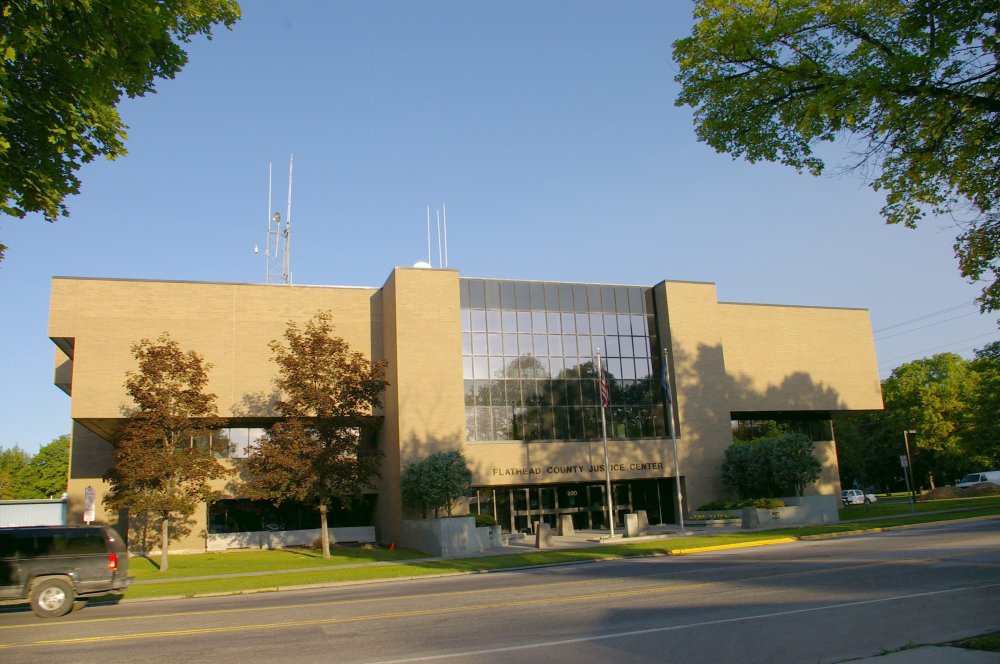 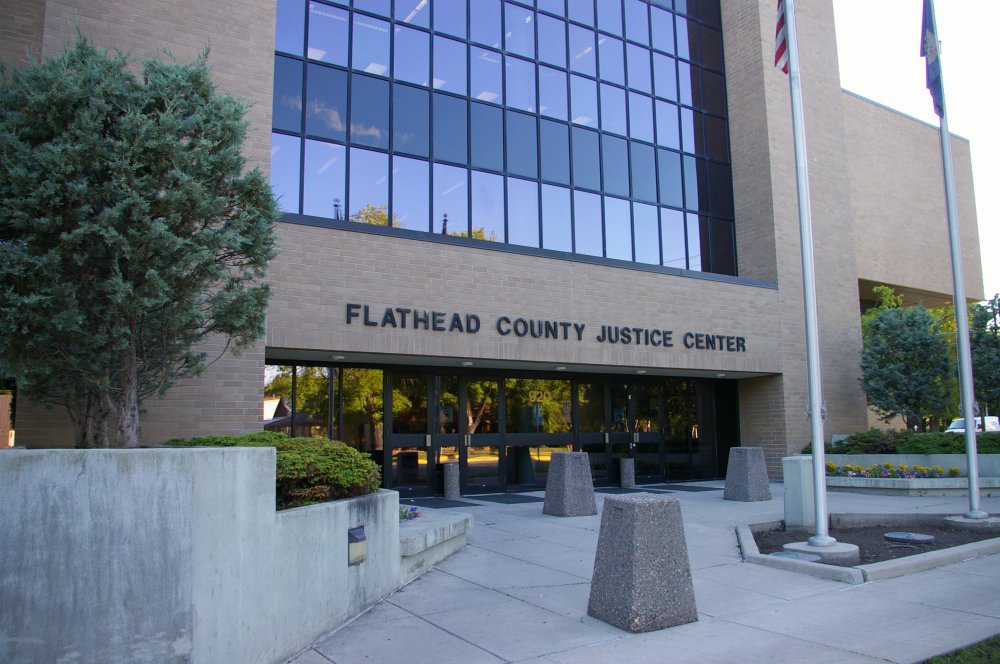 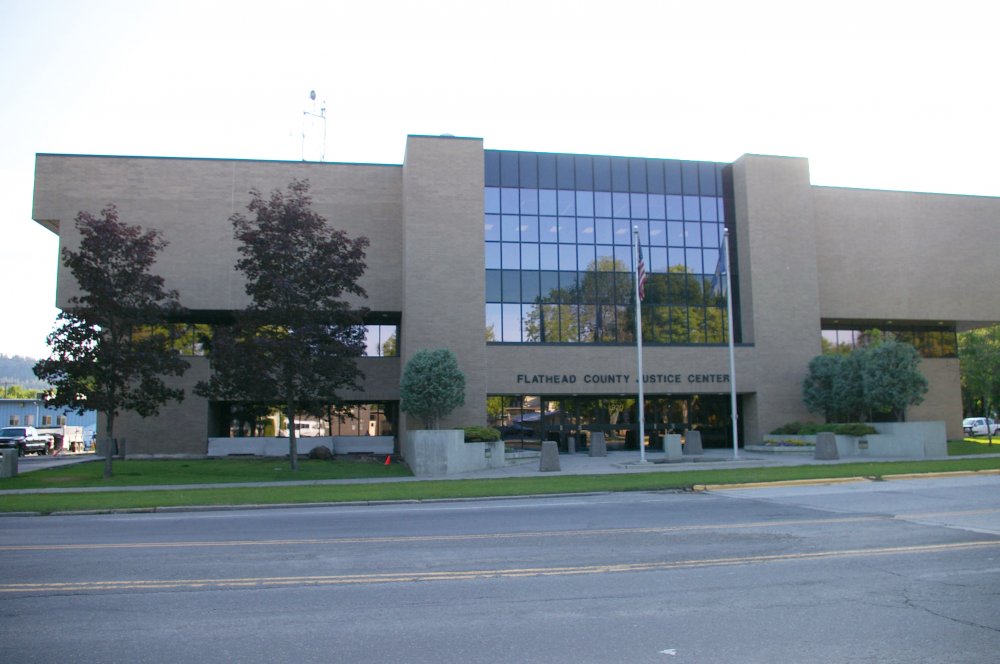 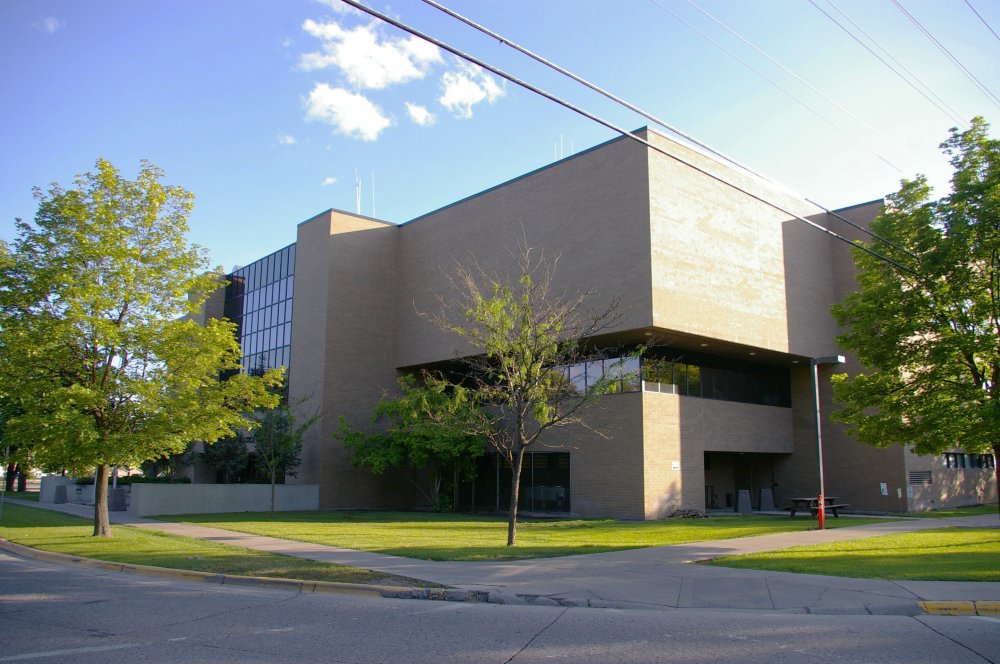 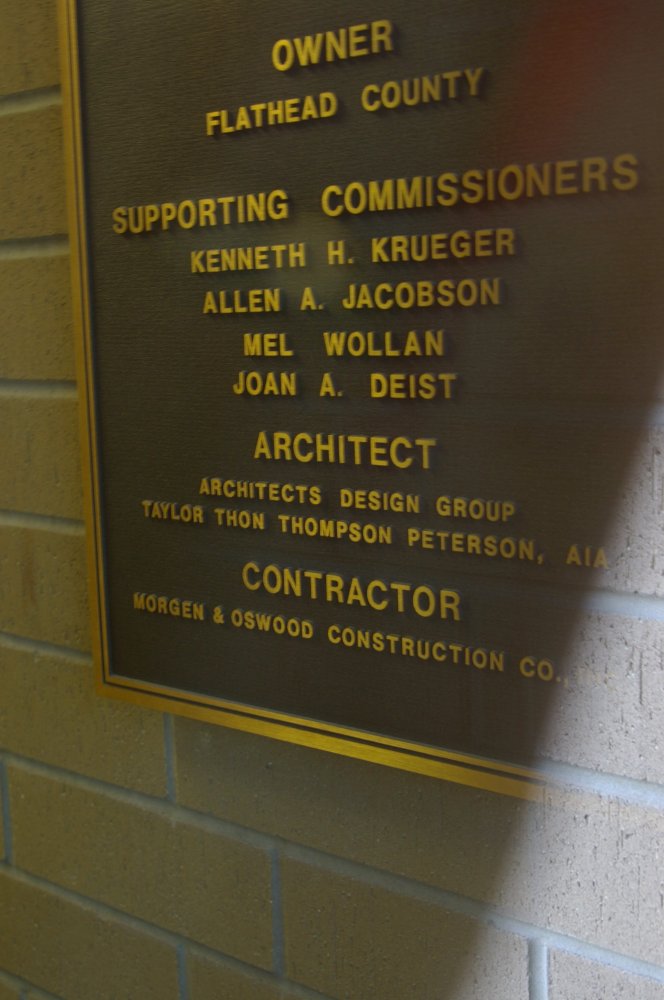