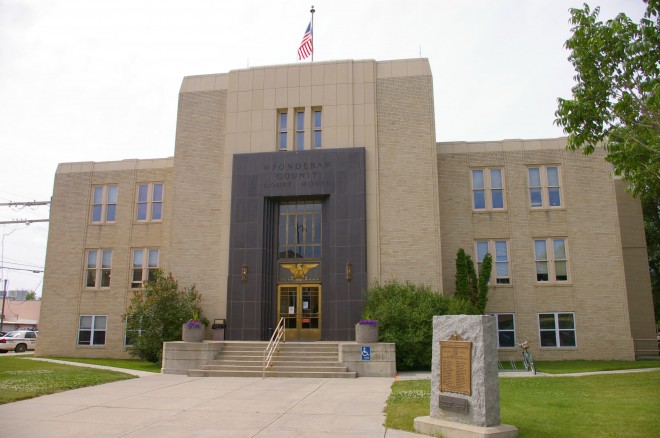 Pondera County is named for the French word “pend d’oreille” meaning “ear pendant”, and was changed to the phonetic spelling. 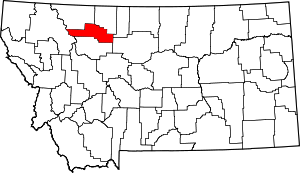 Description:  The building faces north and is a two story buff colored brick and concrete structure. The building is located on landscaped grounds in the center of Conrad. The building has a raised basement. The north front extends from the main building and rises three stories. The entrance is framed with dark stone. Above the doorway is a gold eagle and above is a large glass panel. The roof line is flat. In the interior the building has Art Deco ornamentation. The courtroom is located on the second story. The building houses the County District Court of the 9th Judicial District and County Justice Court.

Description:  The  building faces south and is a  two story buff colored brick structure. The building is in the center of Conrad on the north side of the courthouse. The south front has a central entrance and on the second story are three large arched windows. The roof line is flat. Inside, the second story is occupied by a large auditorium. The building served as the City Hall and then as the Courthouse until 1938. The building houses the Public Library.

History:  The county was created in 1919 and Conrad was designated as the county seat. The first courthouse was the City Hall built in 1915 to 1916. The second and present courthouse was constructed in 1937 to 1938. 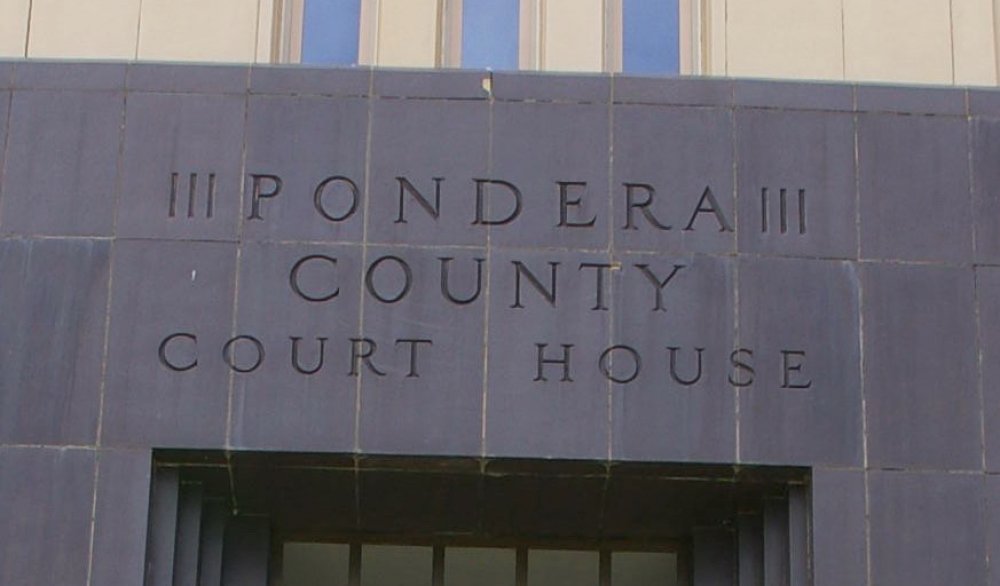 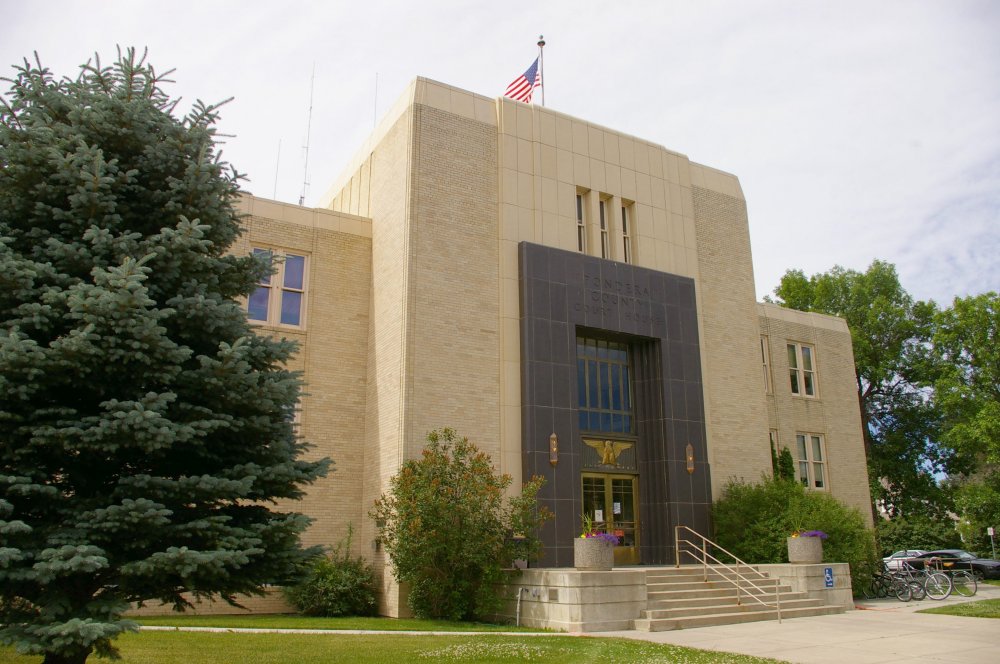 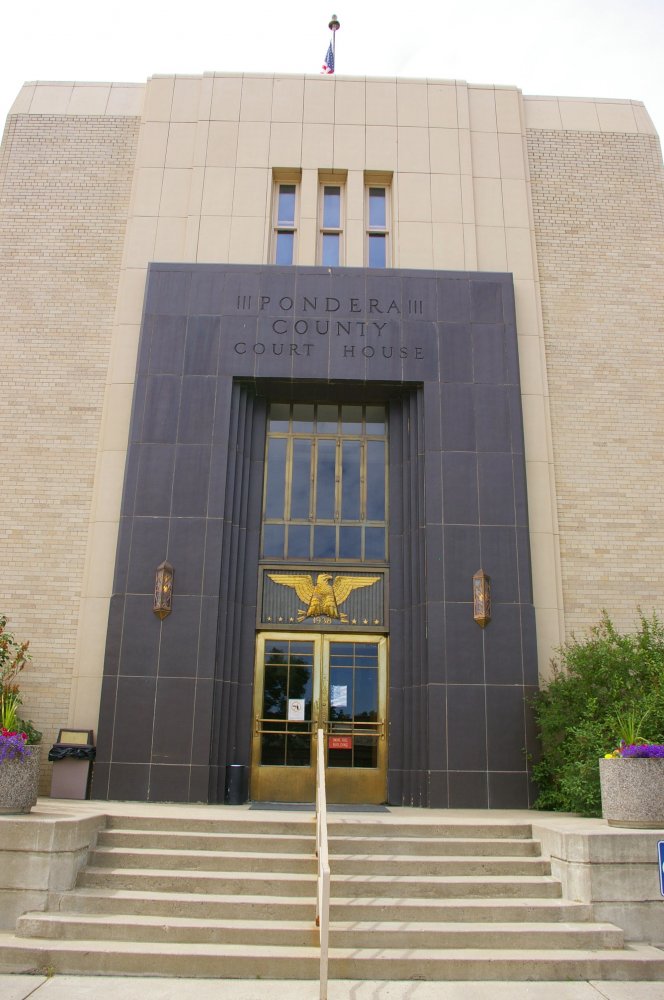 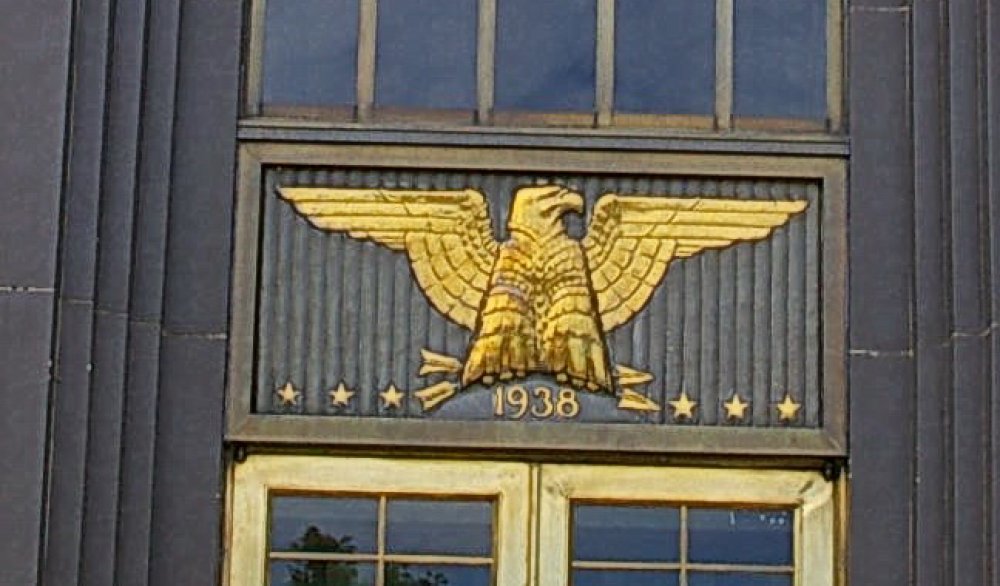 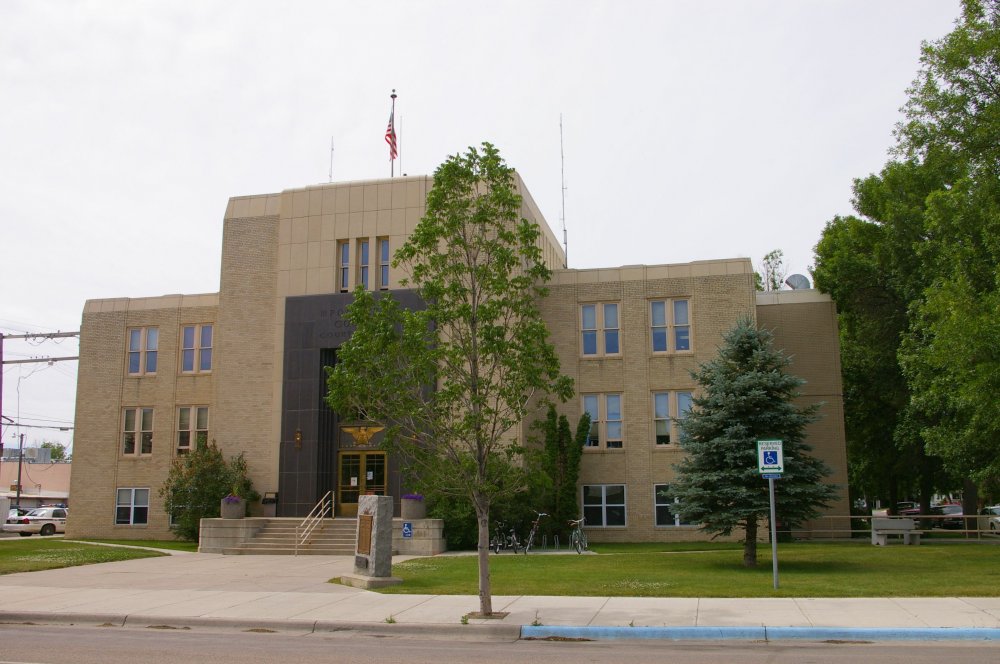 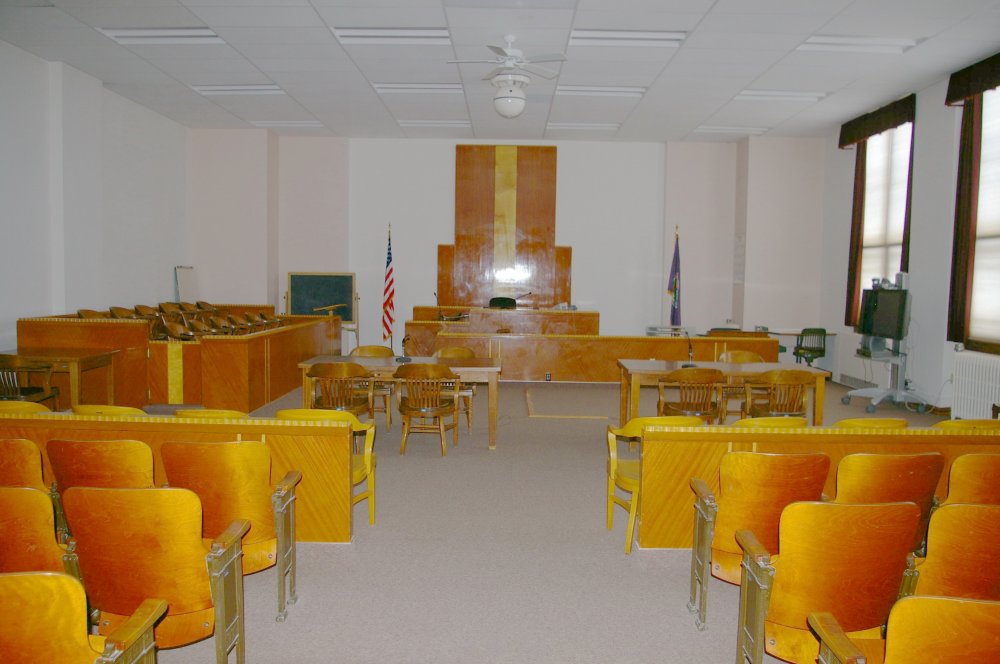 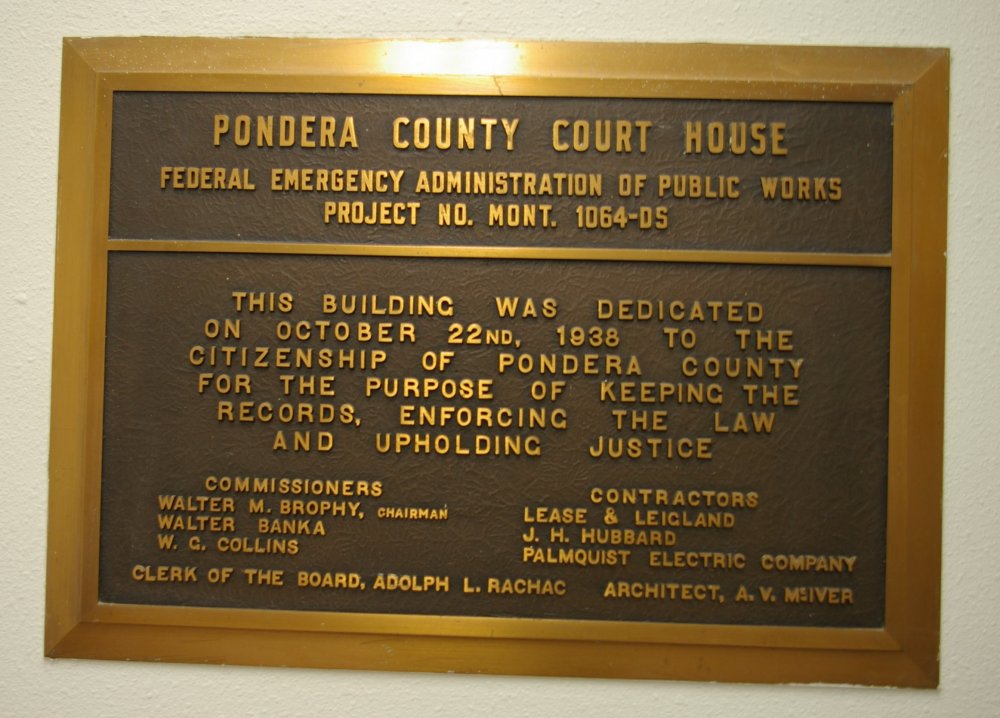