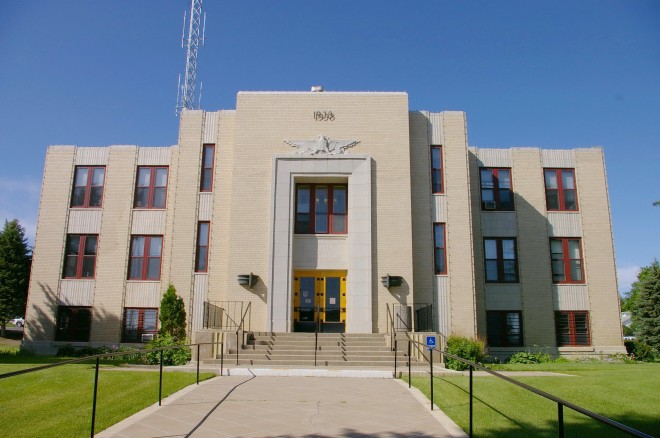 Glacier County is named for Glacier National Park which is located in the county.

Description:  The building faces northeast and is a three story buff colored brick and concrete structure. The building is located on landscaped grounds in the center of Cut Bank. The northeast front has a tiered projecting center section. Stone frames the recessed entrance and windows on the second story. Above the stonework is an eagle. The roof line is flat. The interior has asphalt tile beneath carpeting in the offices, terrazzo floors and travertine baseboards in the corridors, and varnished red oak trim throughout. The doors all feature original bronze hardware and one-light functioning transoms. The third-floor courtrooms were remodeled in the late twentieth century, but vintage chrome-plated light fixtures remain. Modern paneling and acoustic tiles cover some walls and ceilings, respectively, but original plaster and pink travertine marble from Gardiner, Montana, likely remains underneath. The railings are especially intriguing, with wrought iron balusters, some with prickly pear detailing, and chrome handrails. The building houses the County District Court of the 9th Judicial District. 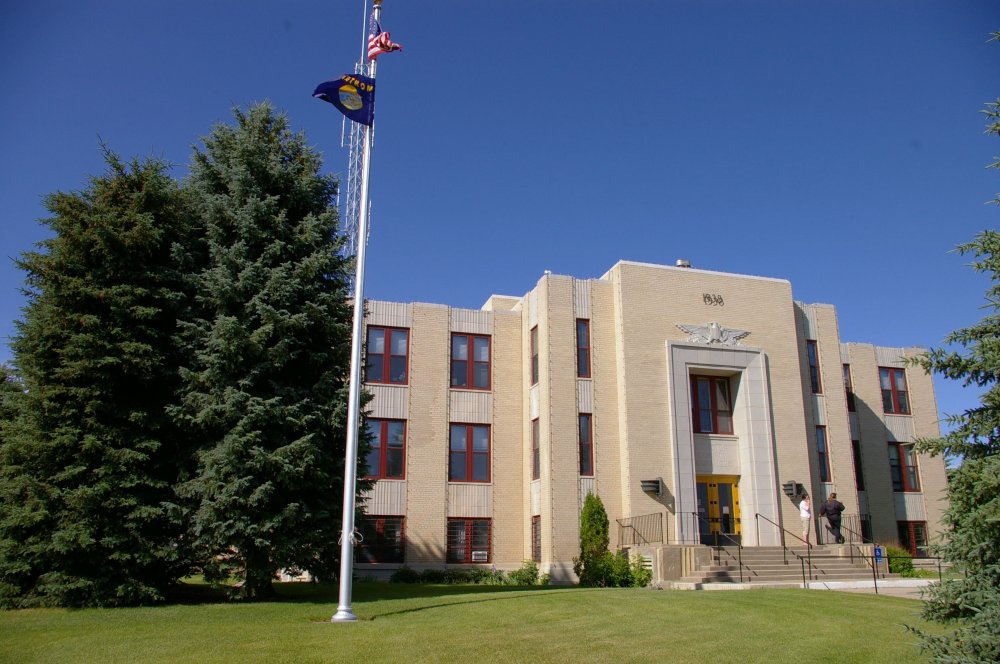 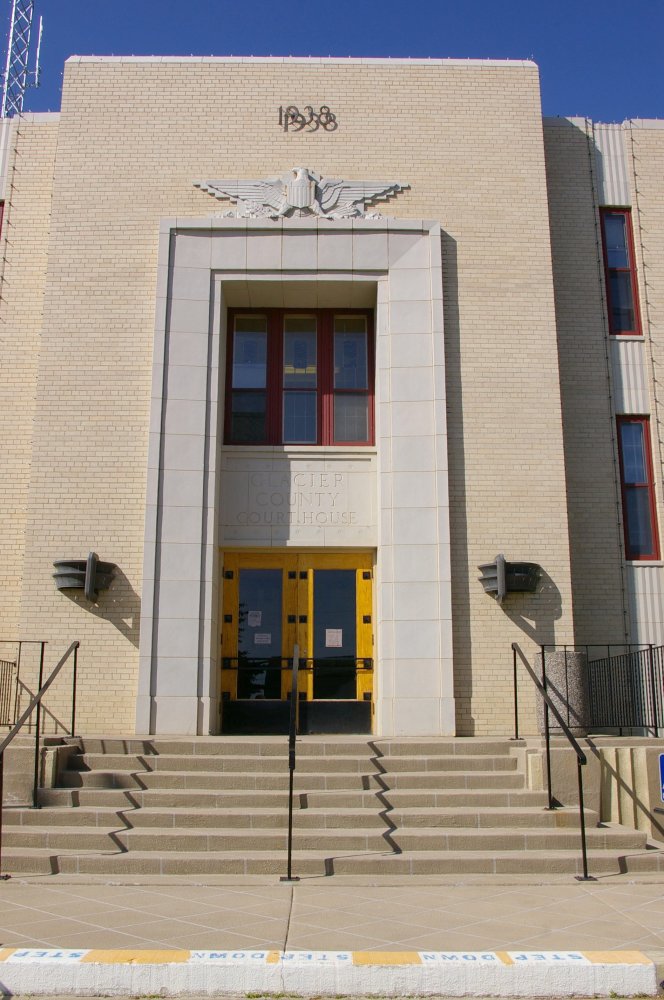 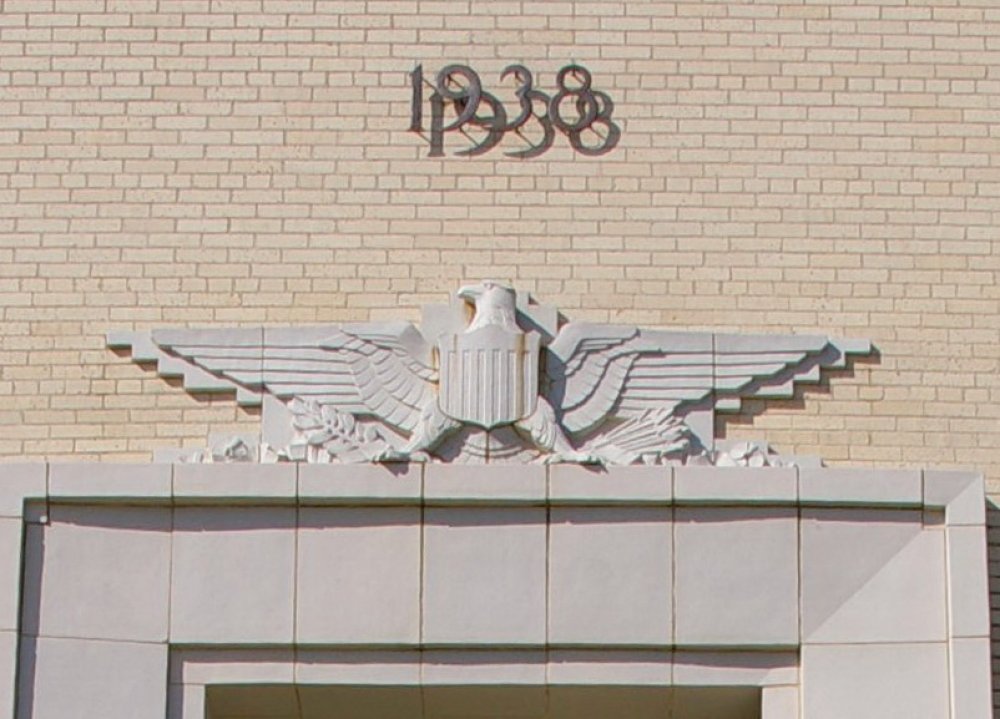 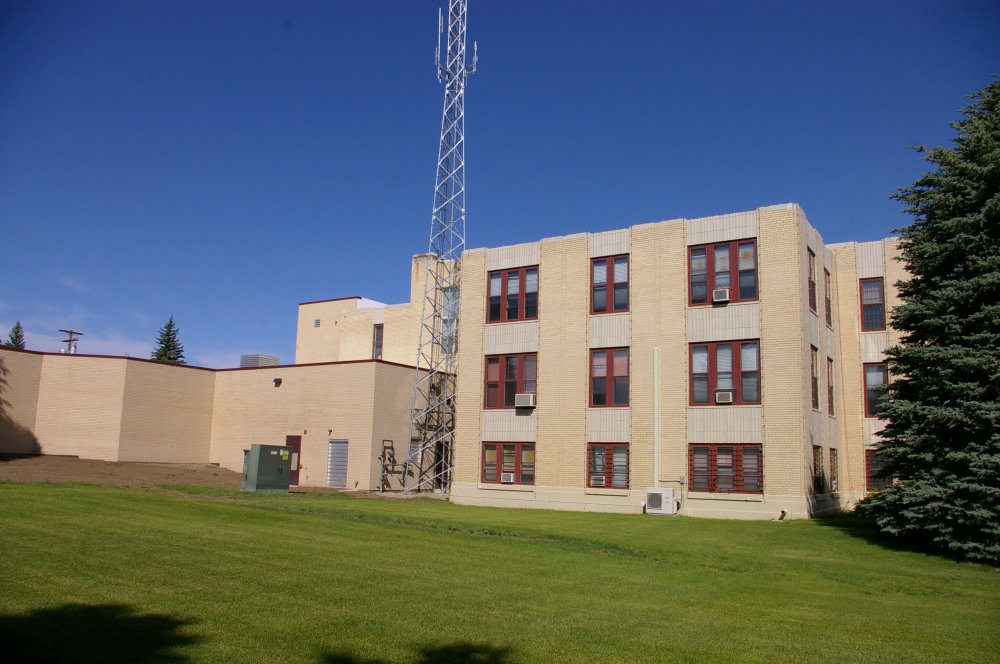 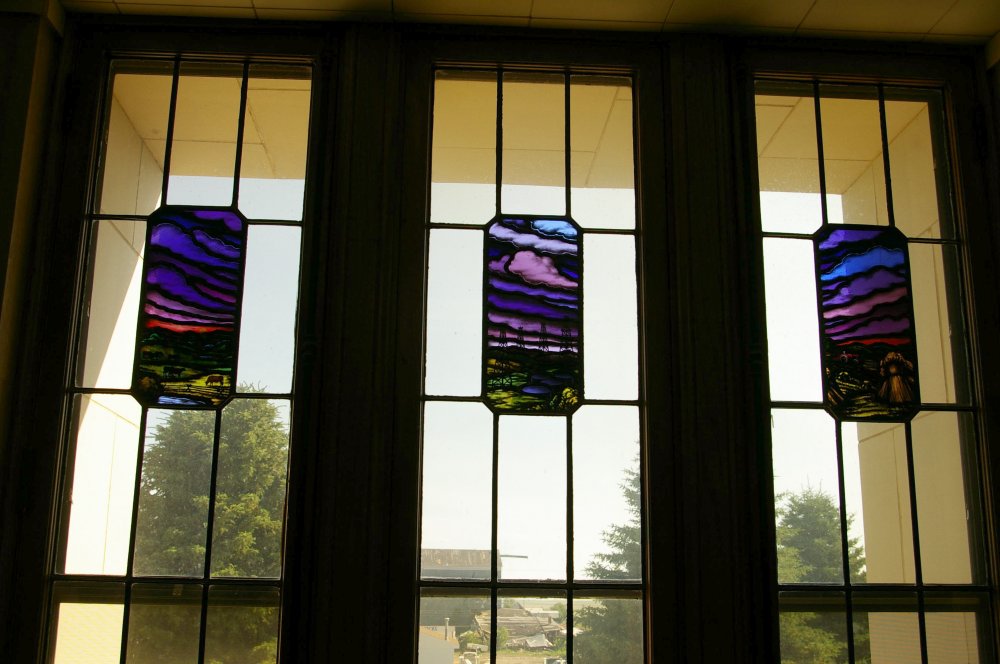