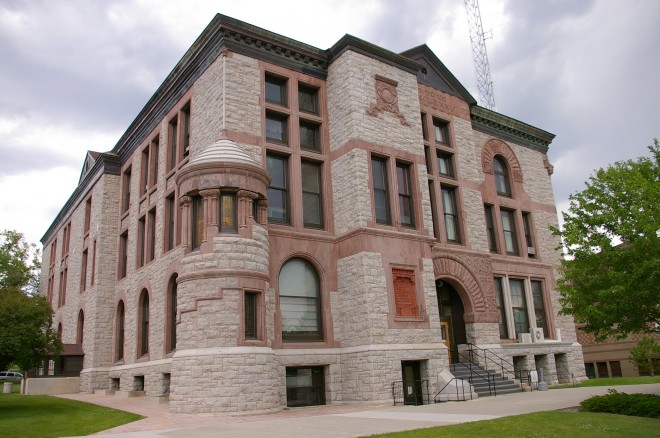 Lewis and Clark County is named for Meriwether Lewis and William Clark, who were explores who traveled along the Missouri River.

History:  The county was created in 1865 as Edgerton County and Helena was selected as the county seat. In 1867 the name was changed to Lewis And Clark County and the first courthouse, a two story square structure, was built. The second and present courthouse was constructed in 1885 to 1887.

See:  Located in the county is the Montana Supreme Court. 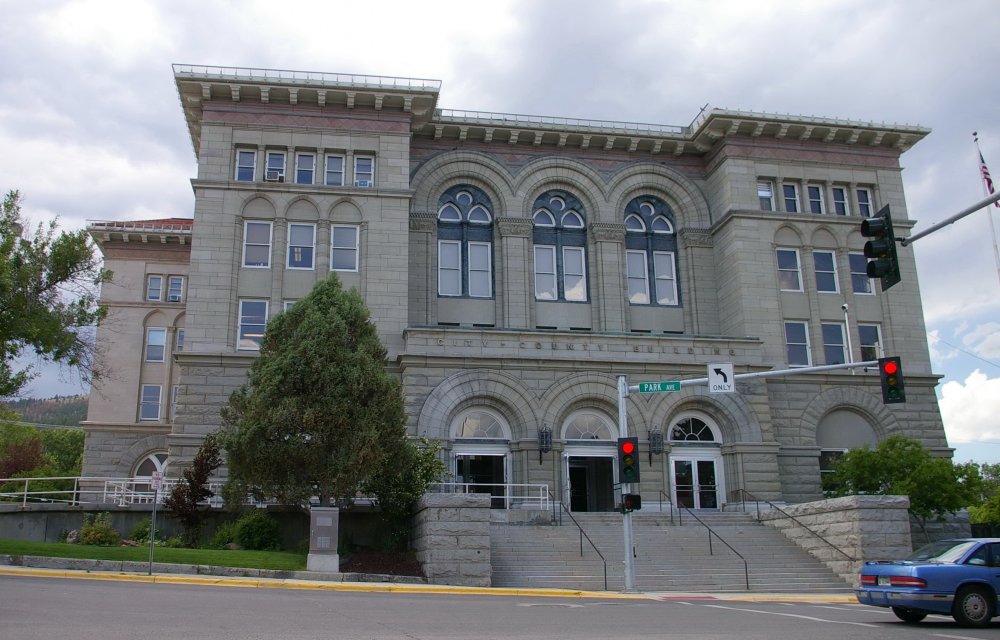 Description:  The building faces east and is a four story gray colored stone and concrete structure. The building is located on landscaped grounds in the center of Helena. The building was constructed as the Federal Building and became the City-County Building in 1977. The exterior is faced with Columbus sandstone. The east front has three arched entrance on the first story and above, the building is recessed with three large arched windows. The red colored roof is hipped. An addition was constructed on the west side in 1933 to 1934. 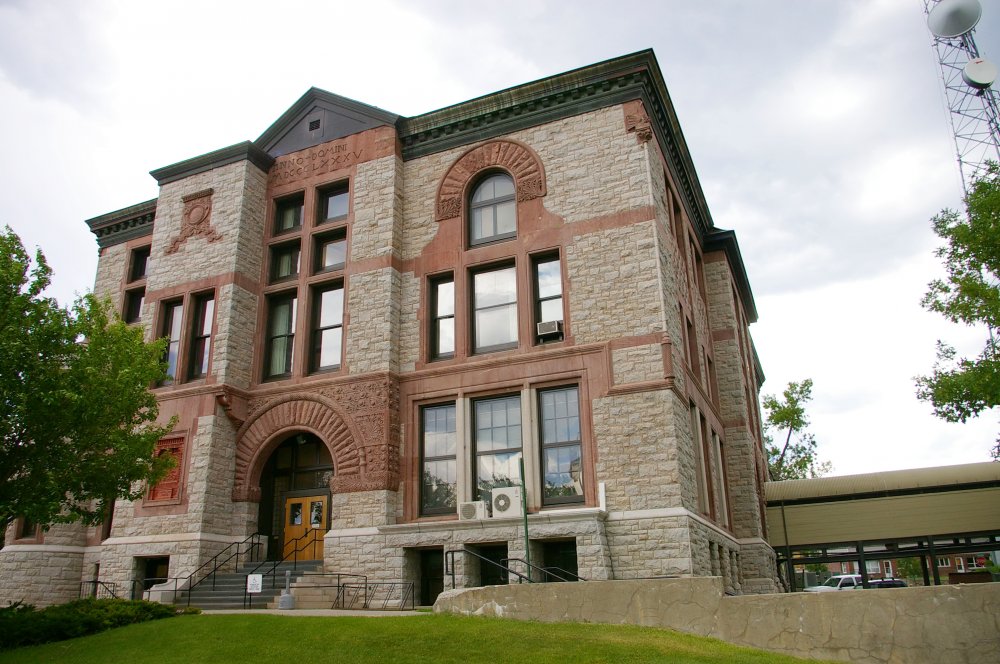 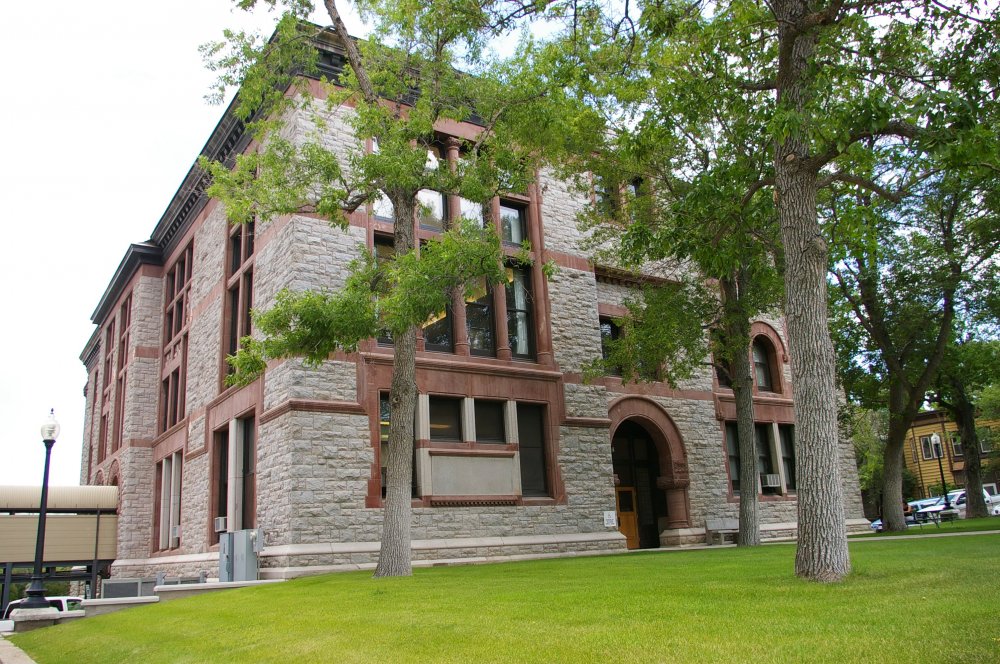 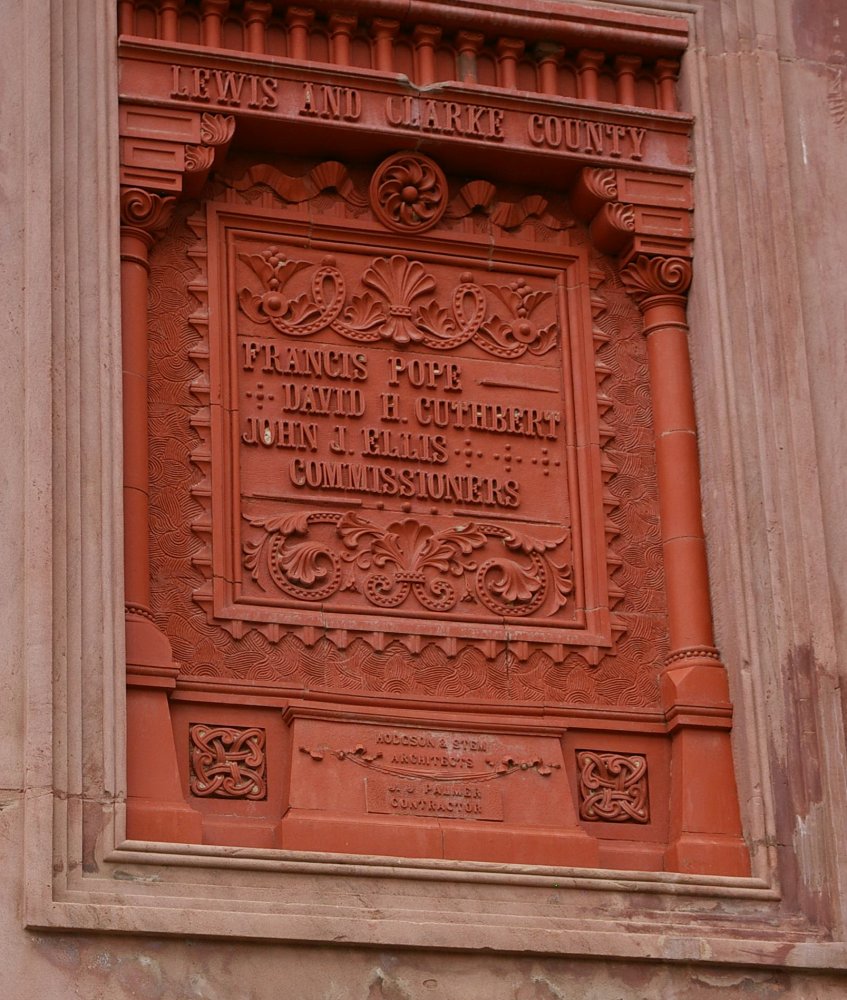 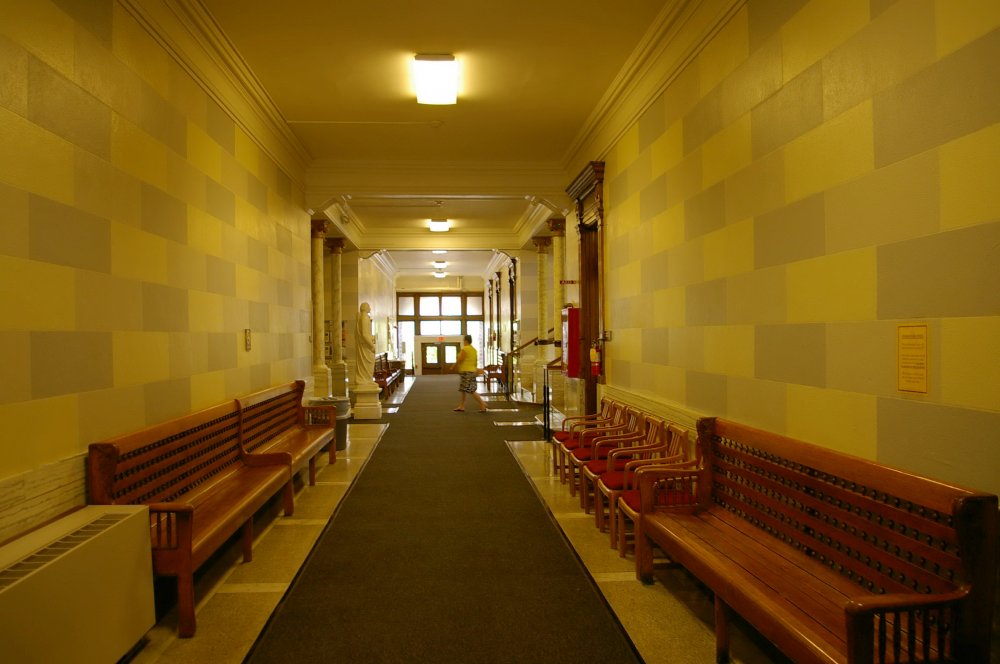 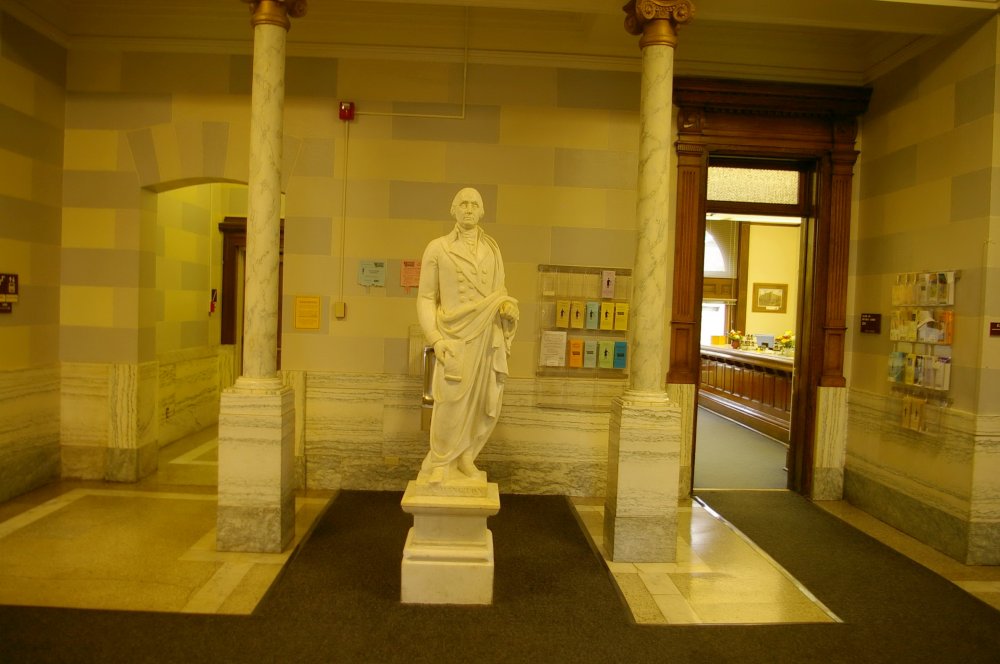 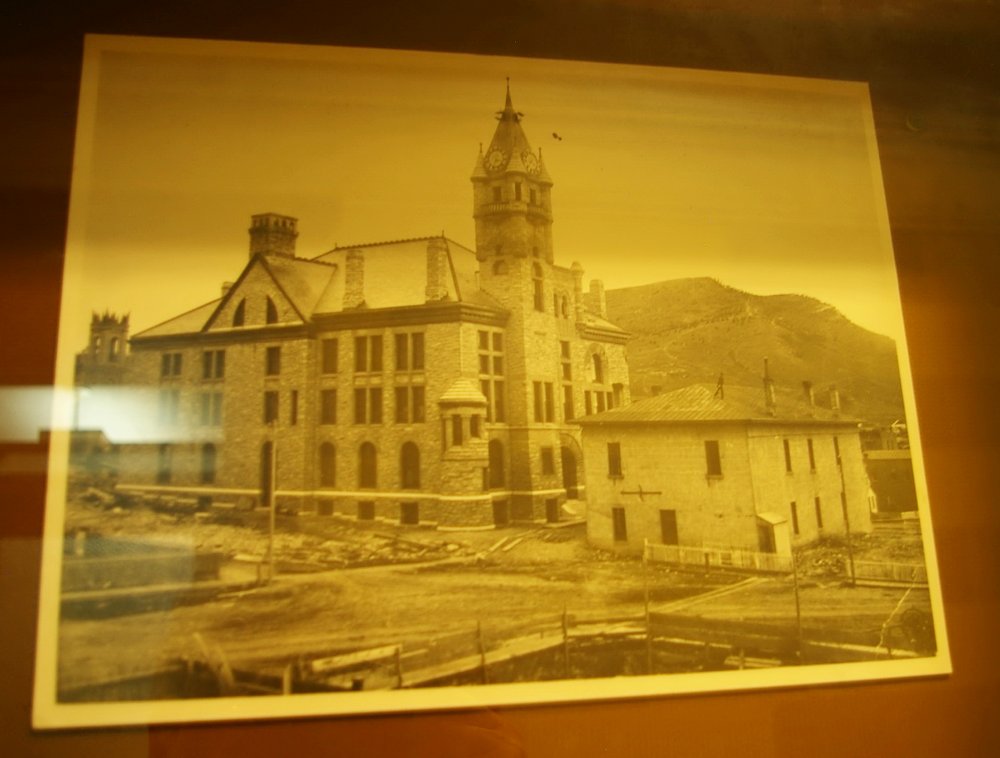