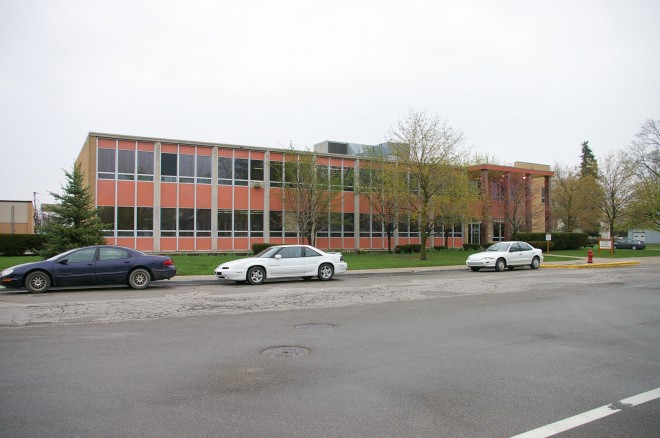 Arenac County is named for “arena” referring to the sand in the Coliseum to provide a better footing for gladiators, and “ac” a Native American Indian word for “place of”, and named by Henry Schoolcraft as “a sandy place for good footing”.

Description:  The building faces west and is a two story buff colored brick, glass and concrete structure. The building is located on landscaped grounds in the center of Standish. The southwest corner is a buff colored brick tower and the west front is faced with red-pink colored panels between the first and second story windows. The entrance is towards the south of the west front and has a high portico supported by four red colored pillars. The roof line is flat. In the interior is a lobby. There are three courtrooms. The building houses the County Circuit Court of the 23rd Judicial District, County District Court and Probate Court. The building was renovated in 1985. On the north side is the County Building which houses the County District Court. 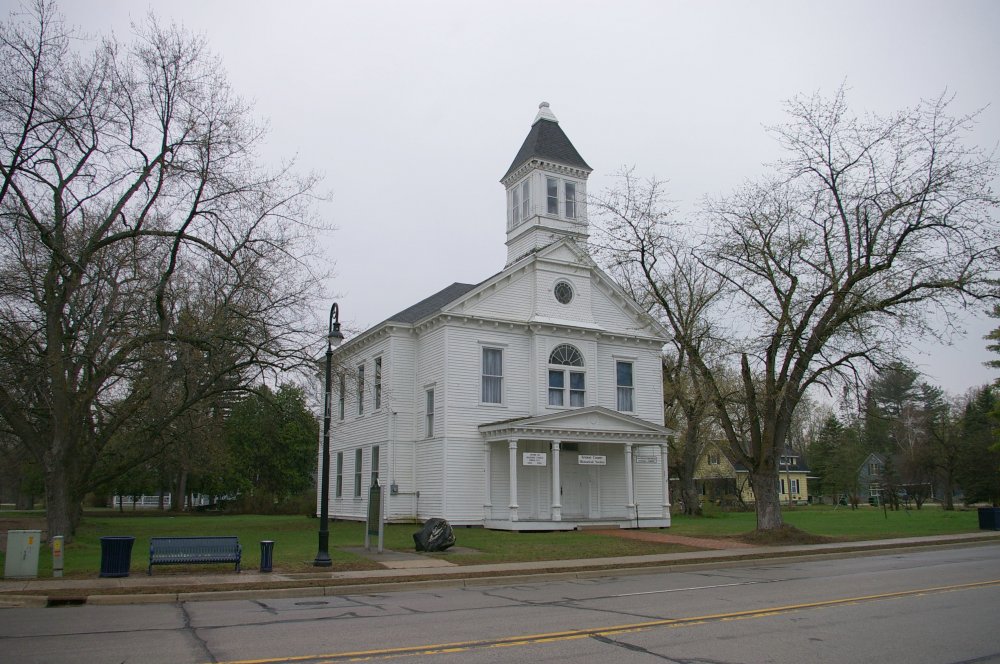 History:  The county was created in 1883 and Omer was selected as the county seat. The first court house was the Gorrie House purchased in 1883 at a cost of $413. The building burned on May 18, 1889. The second courthouse was a two story wood structure built in 1889 to 1890 at a cost of $2,971. In 1892, the county seat was moved to Standish. The county offices were housed in the opera house block and the third courthouse, a red colored brick structure was built in 1892. The fourth and present courthouse was constructed in 1963 to 1964. 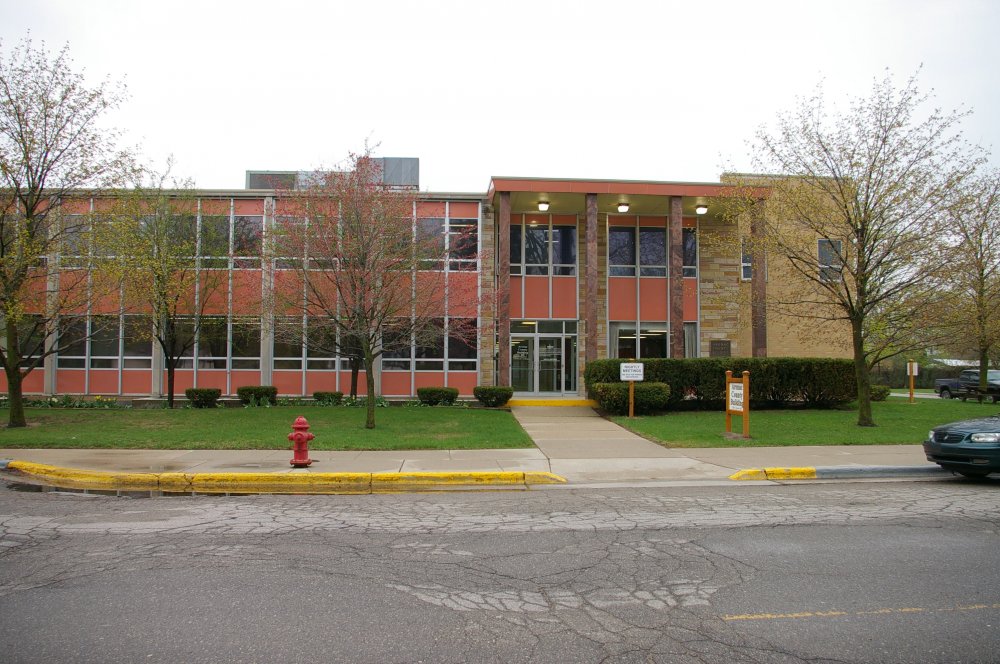 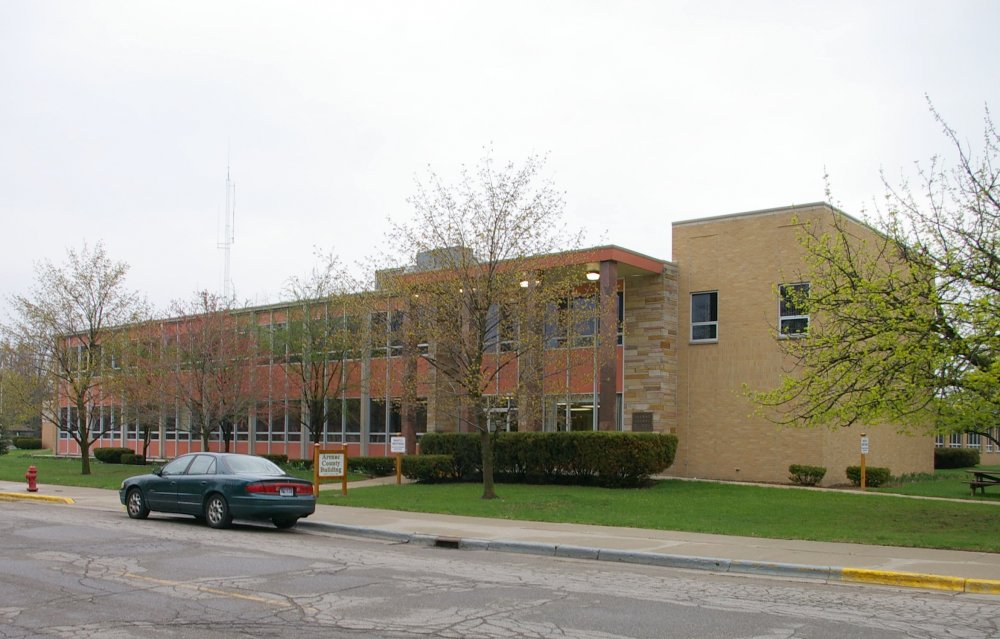 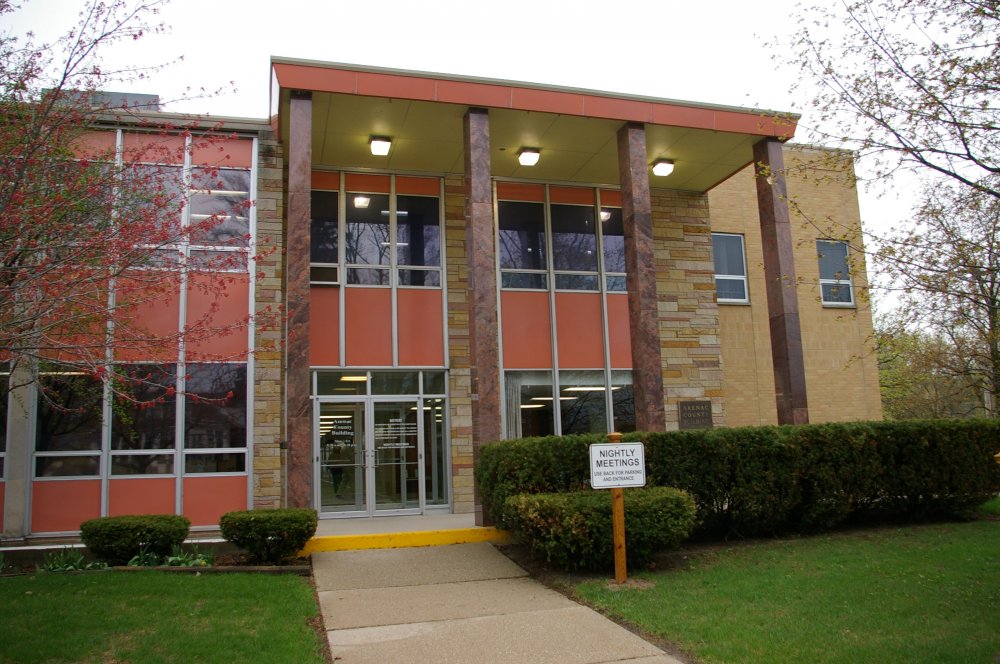 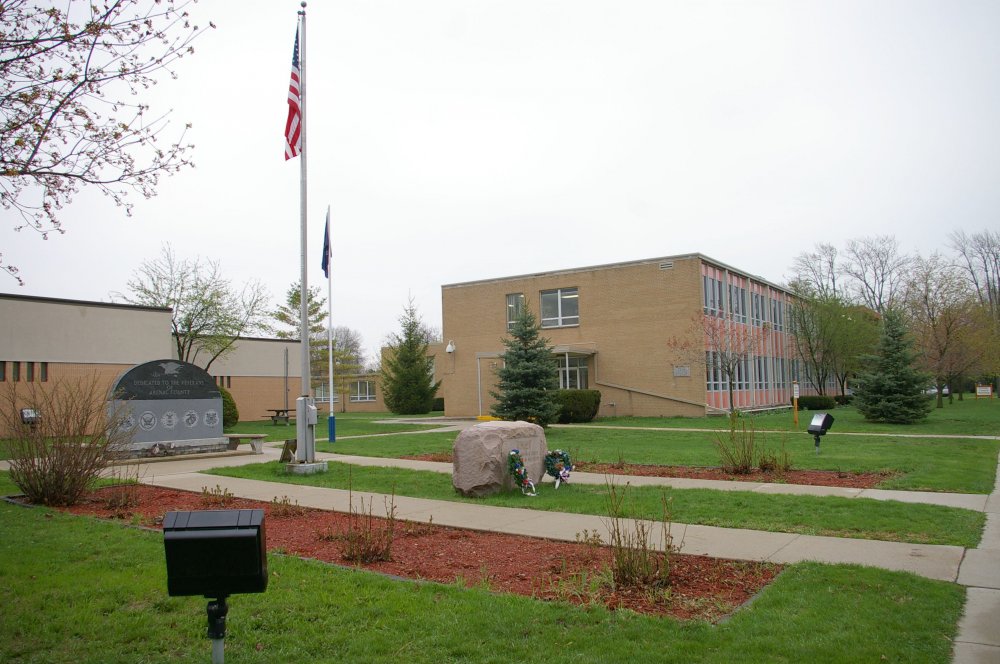 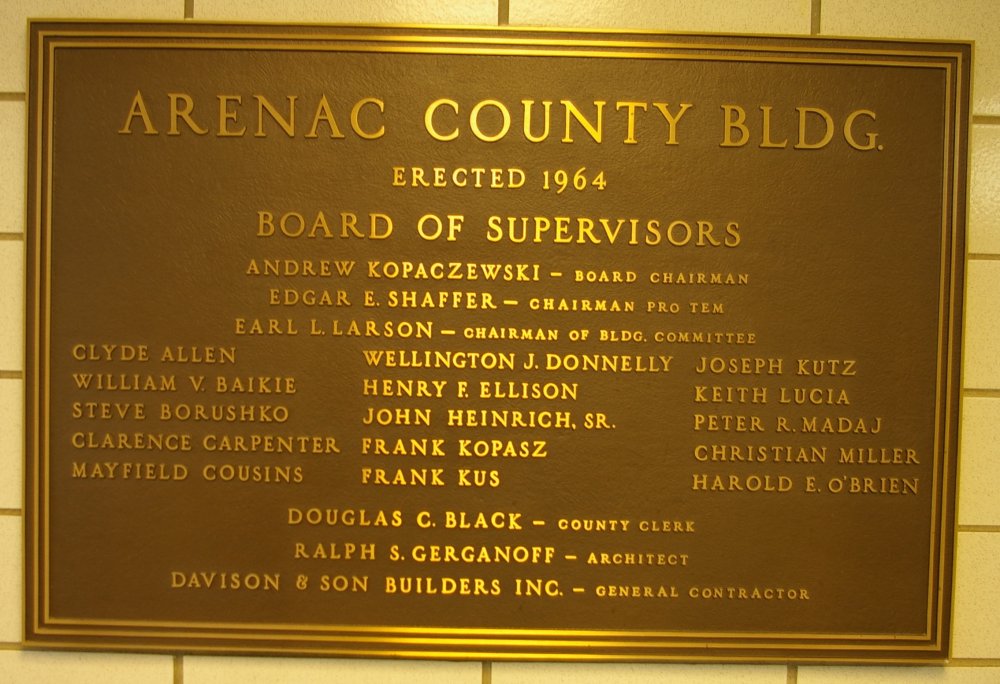 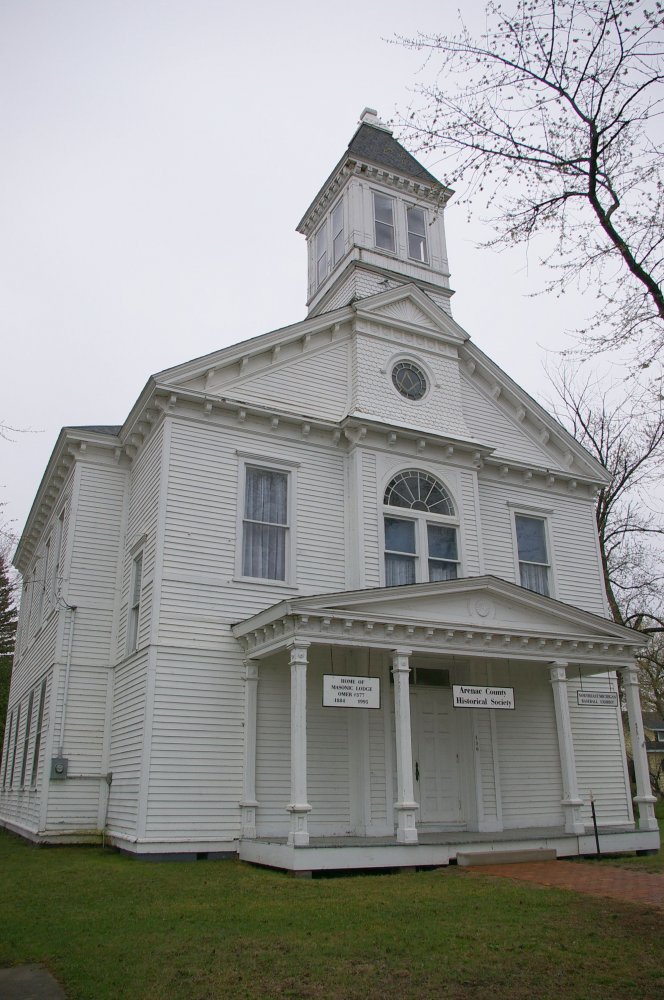 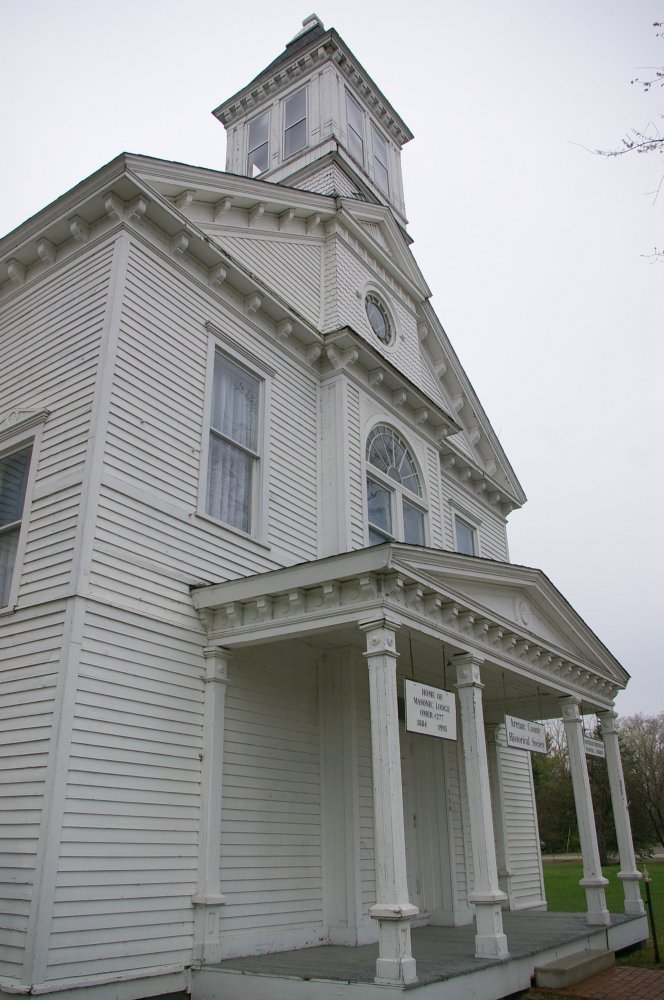 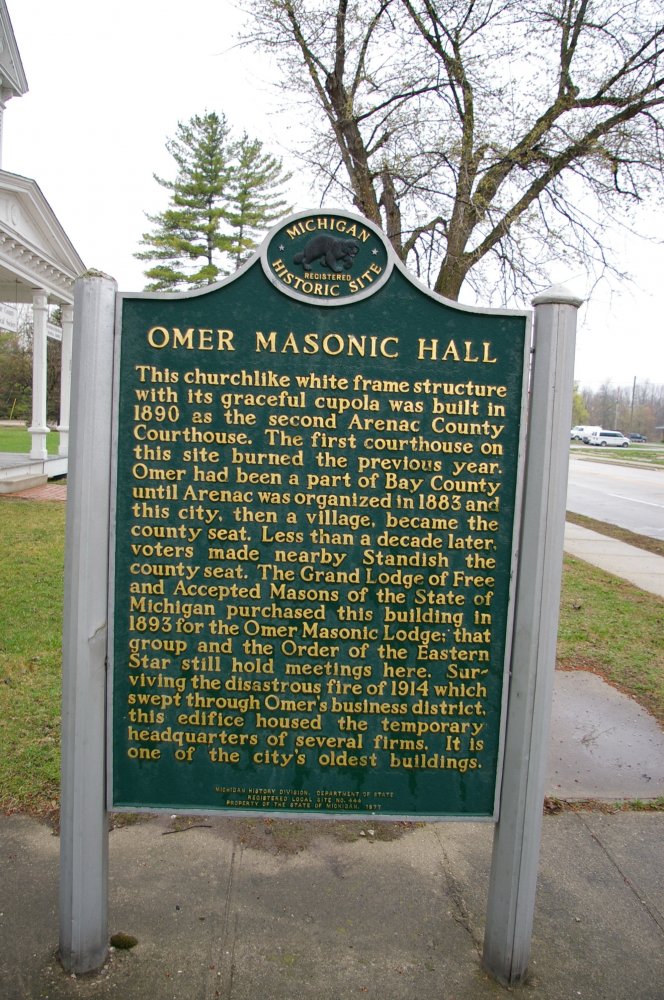