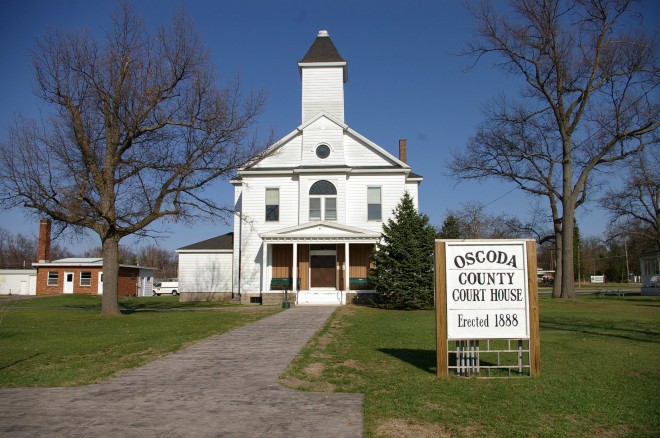 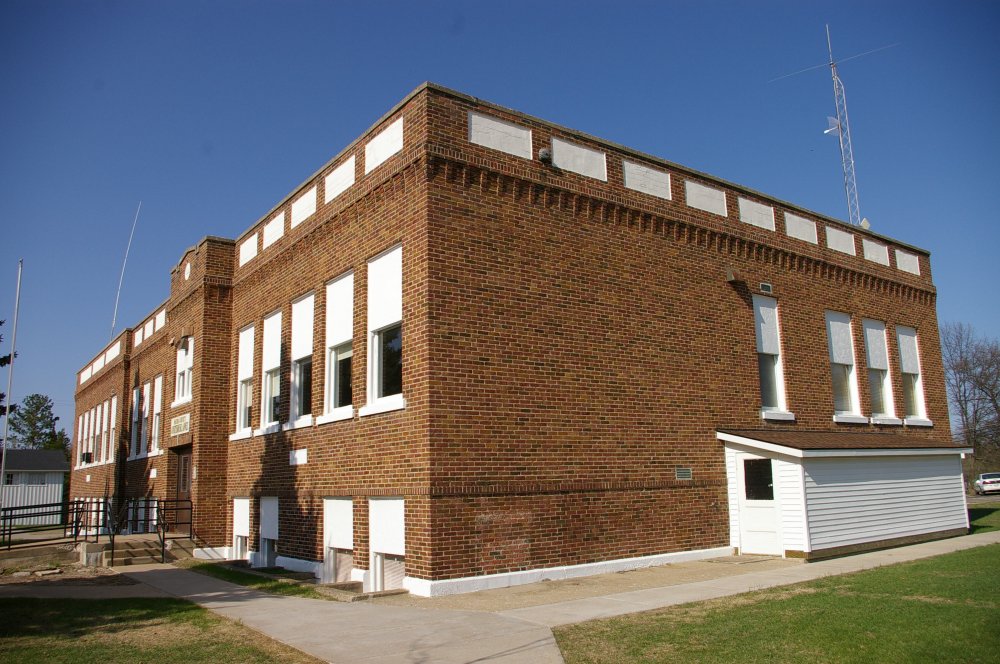 Description:  The building faces west and

Built in 2019, the modern building is a one story white colored siding and concrete structure. The building faces west and was completed in 2020. The building is located on spacious landscaped grounds in the center of Mio to the west of the courthouse and on the site of the former courthouse. The building has a one story porch at the north end of the west front. The roof is hipped with a square shaped cupola. In the interior is an entrance lobby.

History:  The county was created in 1881 and Union Corners (Indian Lake) was selected as the county seat. The county seat was moved to Mio in 1882.The first courthouse was built by John Randall in 1882 and rented the building to the county. The second and present courthouse was constructed in 1888 to 1889 at a cost of $3,795. The cost of the addition in 1908 was $1,692. In 1962, the county moved into the school built in 1919 to 1920 and the building became the County Courthouse Annex. In 1916, the second courthouse was destroyed by fire. The County Government Center was constructed in 2019 to 2020. 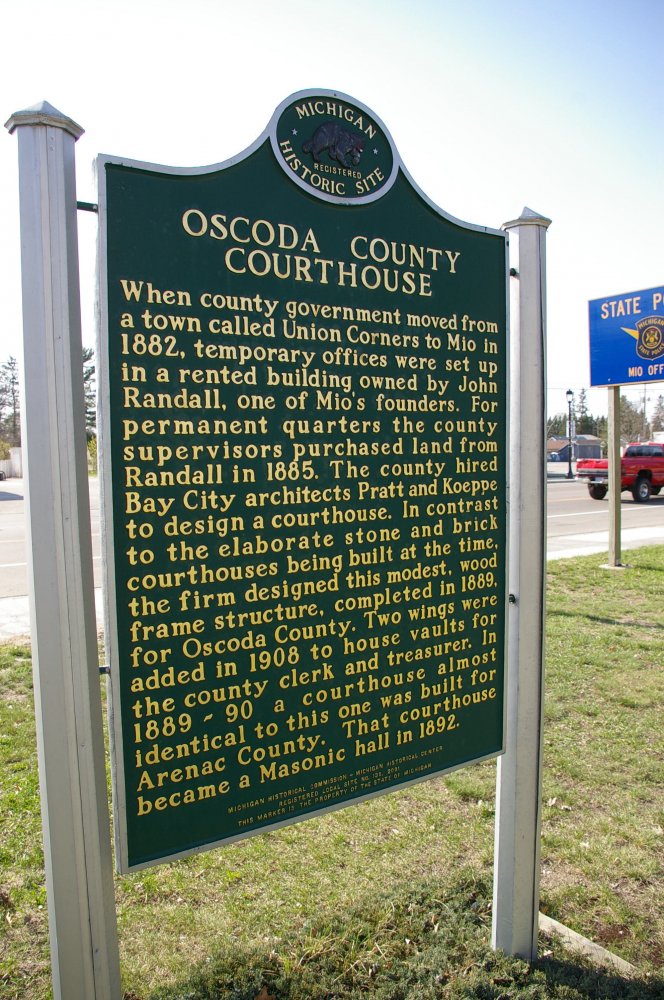 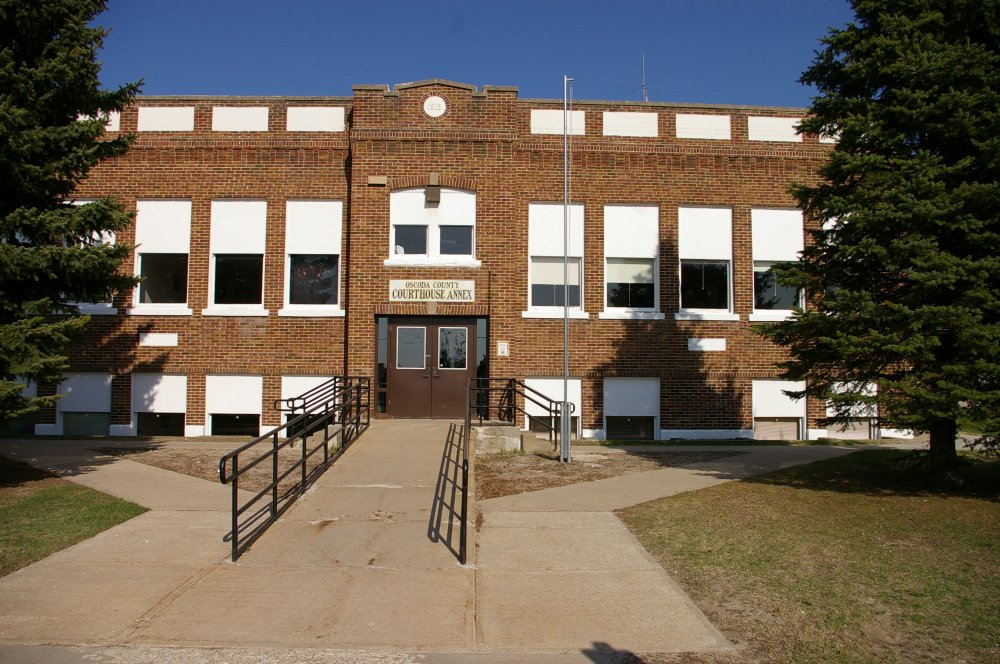