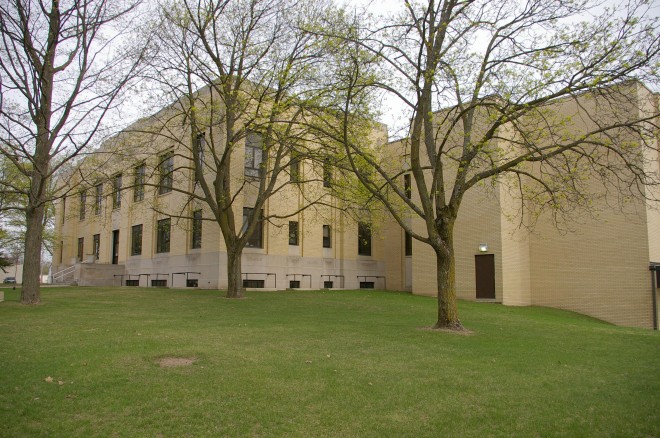 Gladwin County is named for Henry Gladwin, who was an English Commandant at Detroit during the Pontiac’s War.

Description:  The building faces north and is a two story buff colored brick and concrete structure. The base of the building is concrete with the etched names of the county towns. Concrete blocks run along the roof line. The roof line is flat. The lobby has a decorative ceiling and floor depicting a Native American chief in profile. In 1976 an addition was built on the south side. 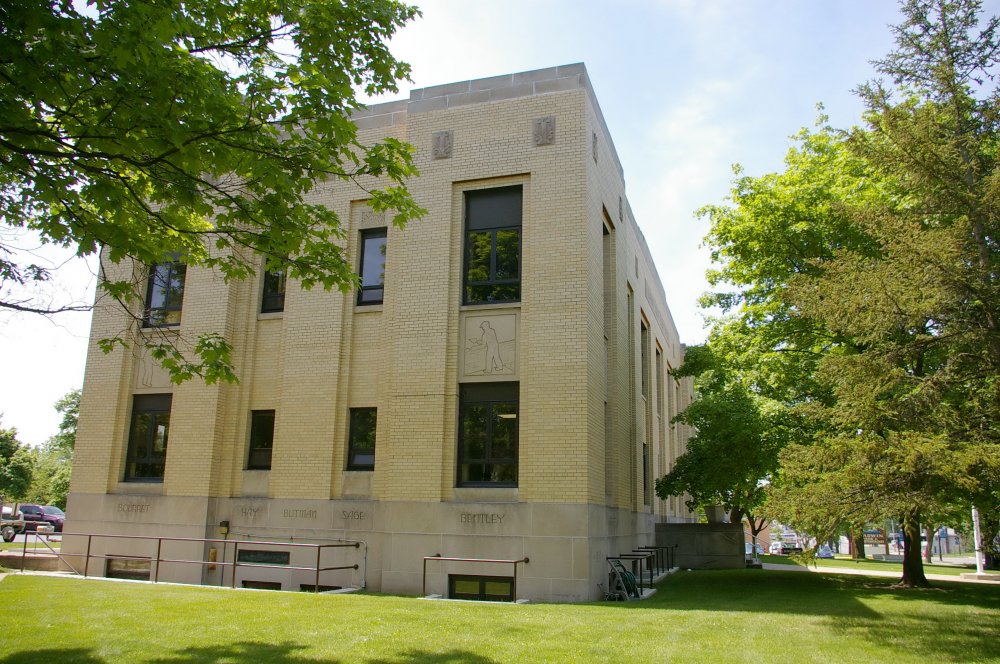 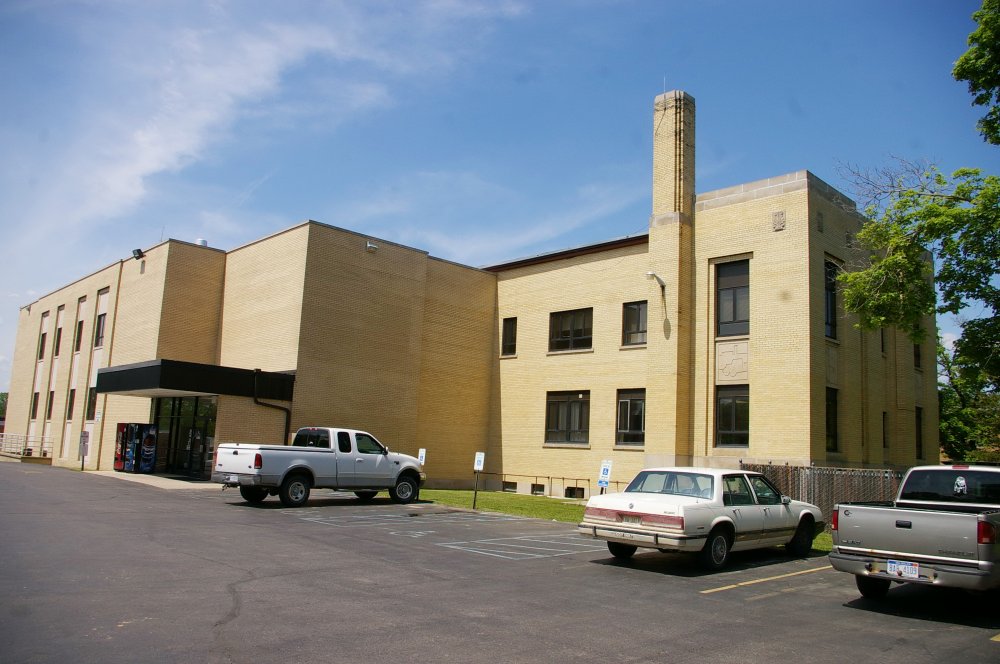