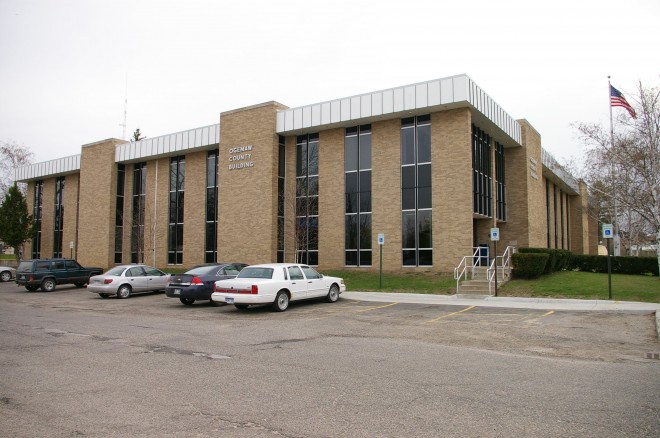 Ogemaw County is named for the Ogemaw Indian tribe who resided in the region, and “ogimaa” is an Ojibwe word meaning “chief” or “leader”.

Description:  The building faces north and is a two story buff colored brick, glass and concrete structure. The building is located on landscaped grounds in the center of West Branxch. The building has vertical glass windows divided by brick pilasters and with a large glass area on the east side of the north front where the entrance is located. A wide concrete band follows the flat roof line with brick extending in places to the roof line. In the interior, the courtroom is located on the second story. The walls are a white color and behind the judge’s bench are wood paneled walls. The building houses the County Circuit Court of the 34th Judicial District, County District Court and County Probate Court. The building is named as the Ogemaw County Center.

History:  The county was created in 1840 and West Branch was selected as the county seat when the county was organized in 1875. The first courthouse was  a two story structure offered to the county in 1876 which was built in the same year. In 1887, the building was destroyed by fire on April 28. The county purchased the old schoolhouse from M H French for $1,150. The second courthouse and another brick building were designed by Pratt & Koeppe of Bay City and built by Glenfield and Sims in 1888 at a cost of $14,999. The third and present courthouse was constructed in 1974 to 1975 at a cost of $2,000,000. 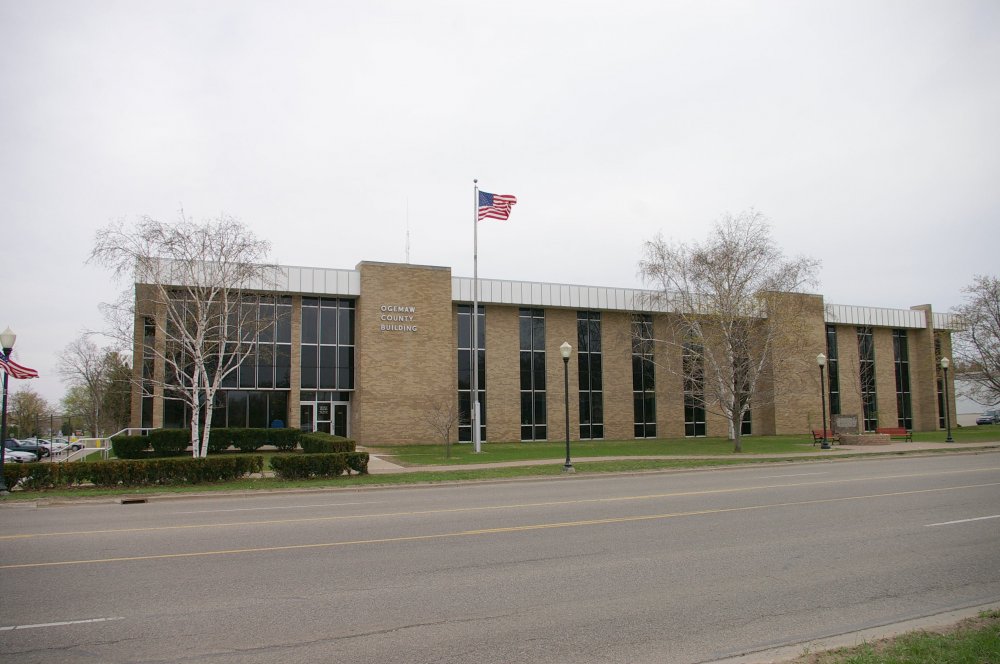 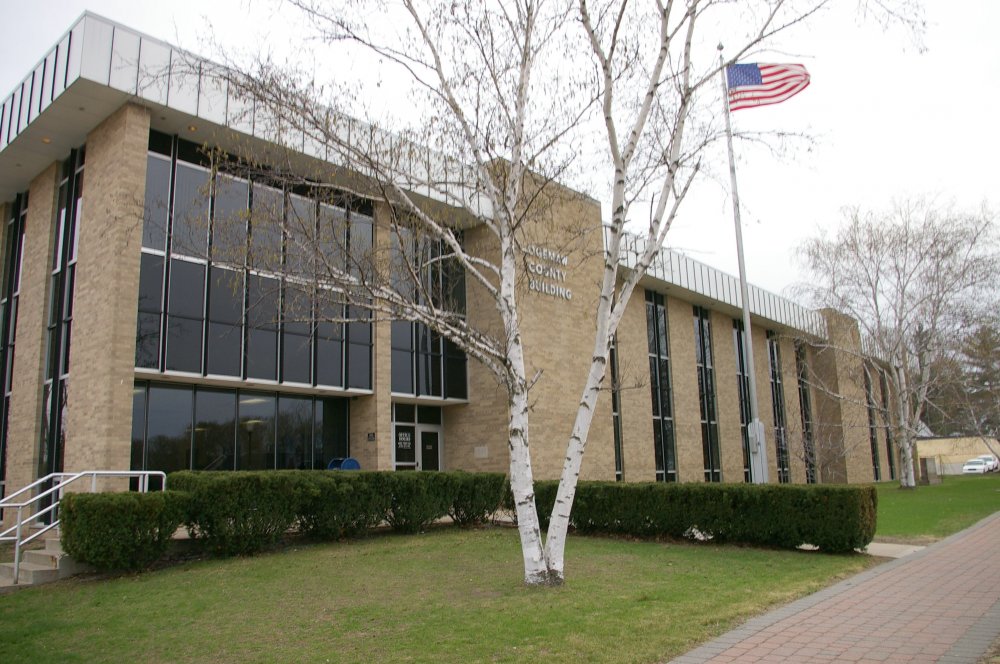 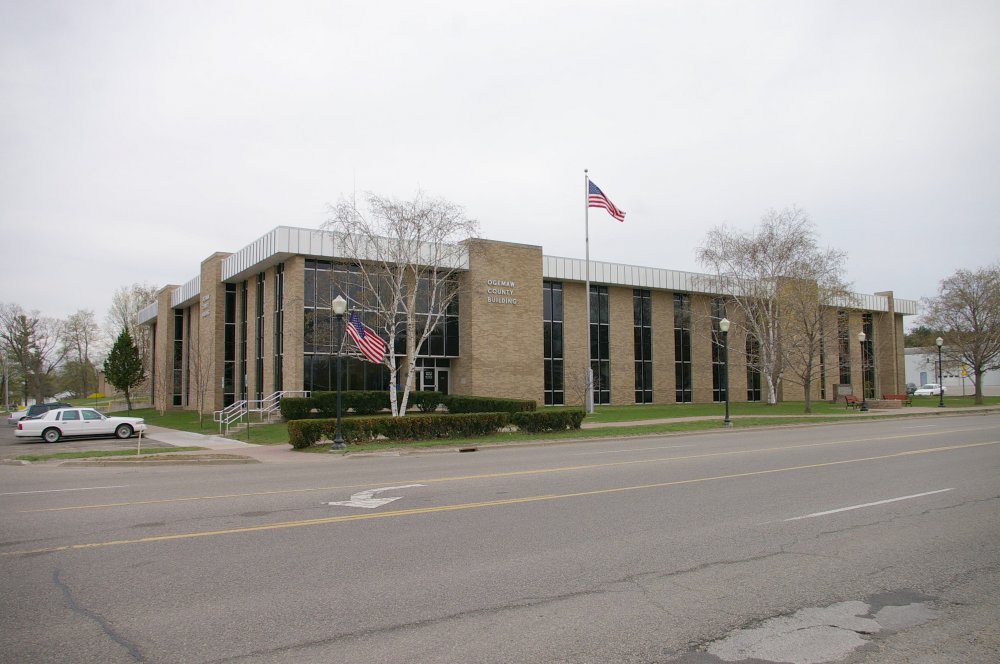 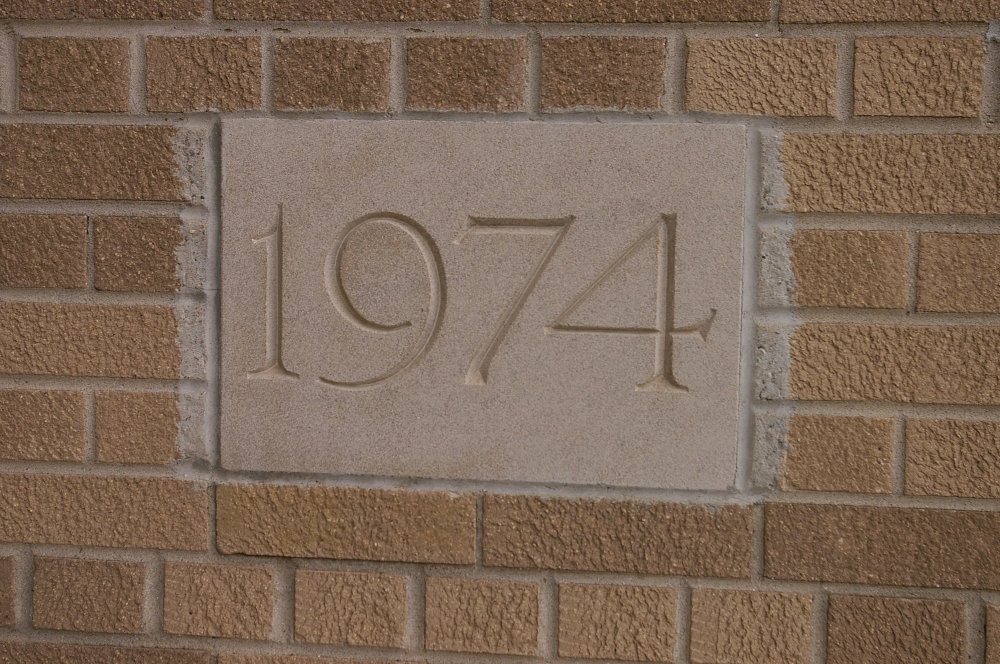 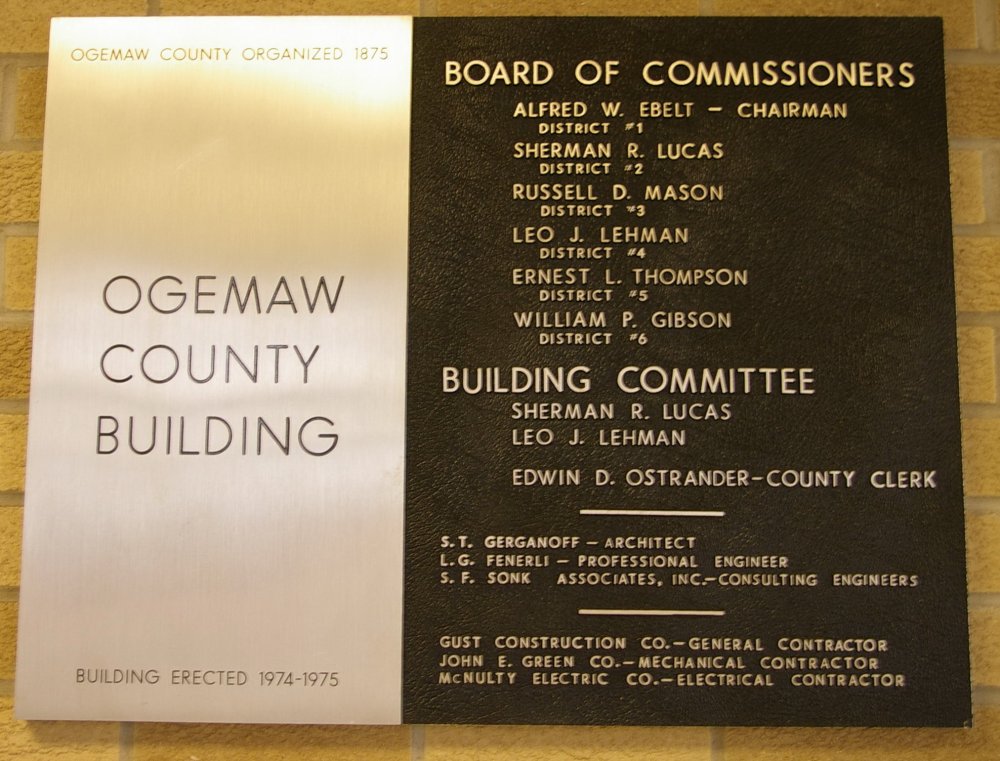 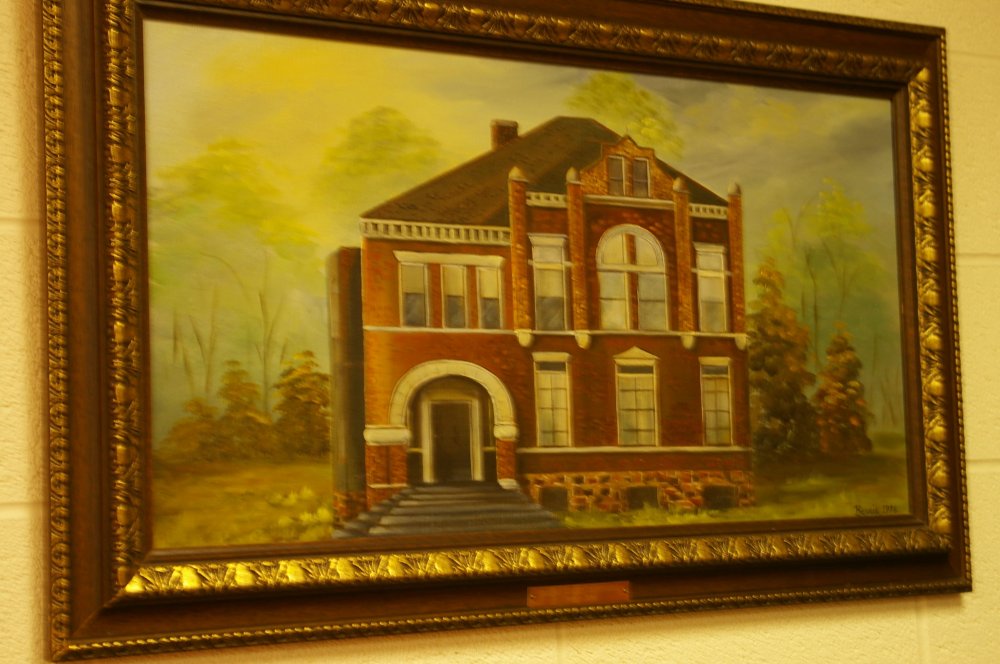