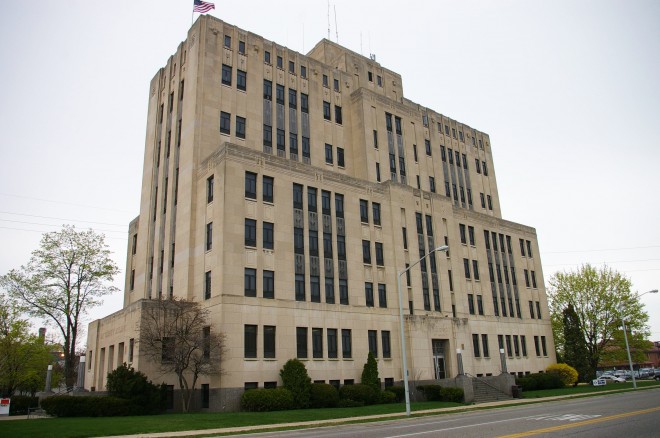 Bay County is named for Saginaw Bay as the county is located at the head of the bay.

Description:  The building faces south and is a eight story limestone, granite and steel structure. The building is located on landscaped grounds in the center of Bay City. The south entrance projects from the main building which rises in tiers with a higher center section. In the interior there is Art Deco ornamentation and bronze elevator doors. The front foyer and first floor corridor have molded edge marble panels lining the walls and a decoratively colored, tile-edged terrazzo floor. The building had a total of seven courtrooms. The main courtroom was located on the fourth story and is now the Commissioners Meeting Room. Behind the former judge’s bench are two bas-relief figures and the courtroom has a large balcony along three sides on the fifth story. building was renovated in 1984 to 1986. The architect was Wakely/Hacker Associates Inc. and the contractor was Charles C Engelhardt Construction Inc. In 1998, the courts were moved to the County Court Facility Building. 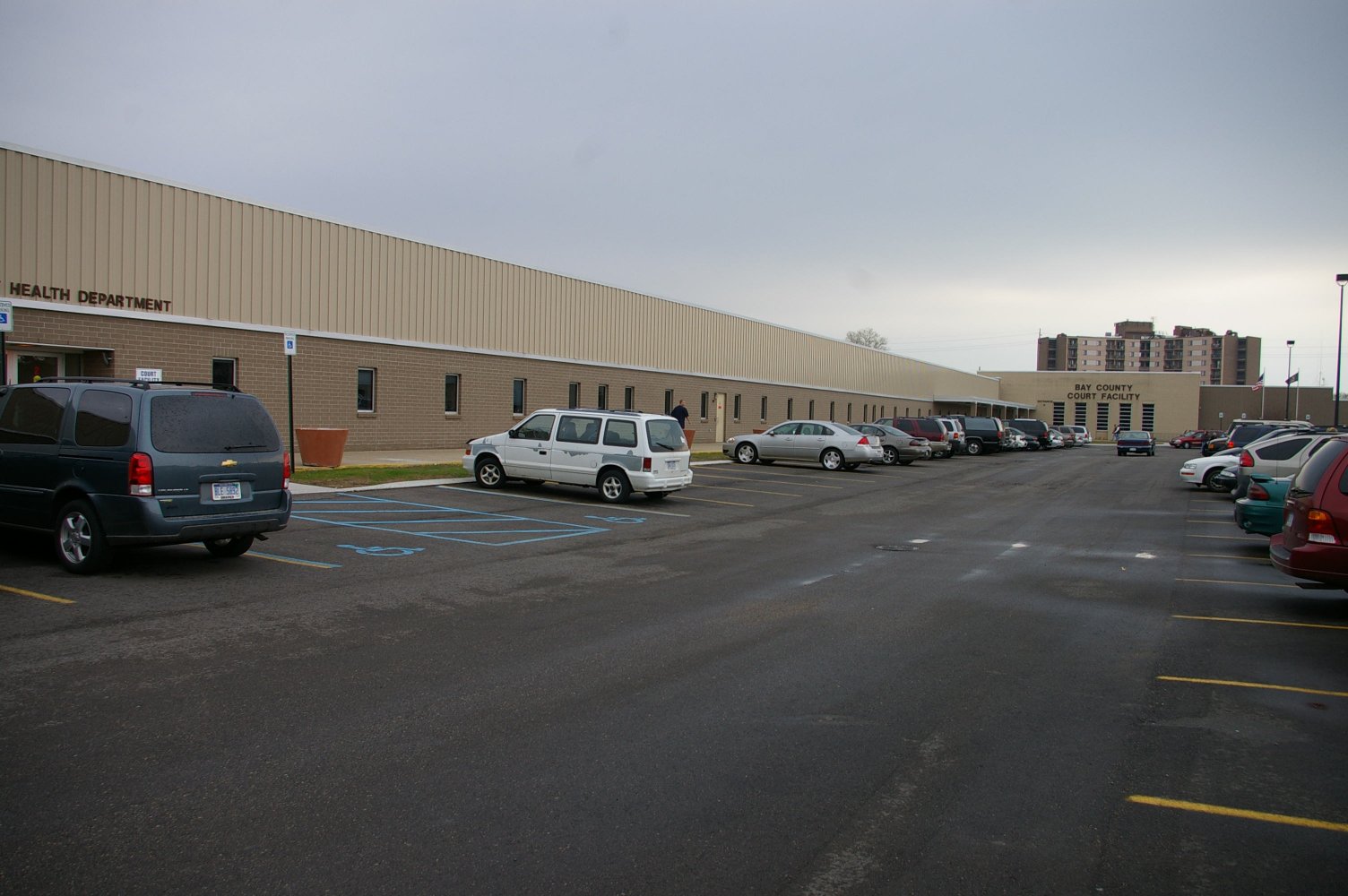 Description:  The building faces south and is a one story buff colored brick, glass and concrete structure. The building originally house county offices and the east section was remodeled for the County Court house. The building is located in the Washington Park Plaza south. The building has small windows and a flat roof. 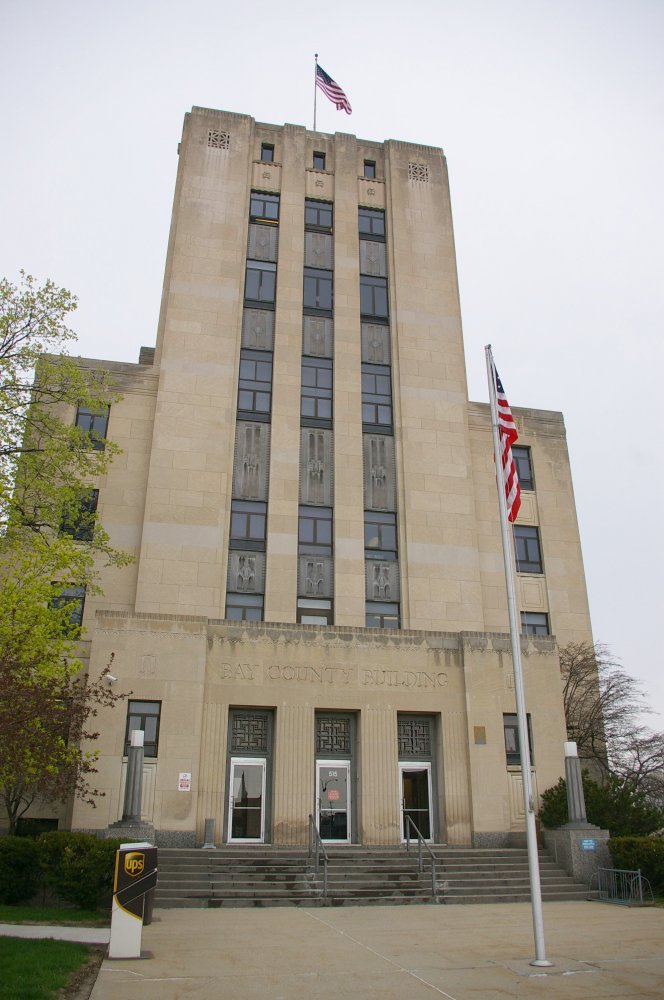 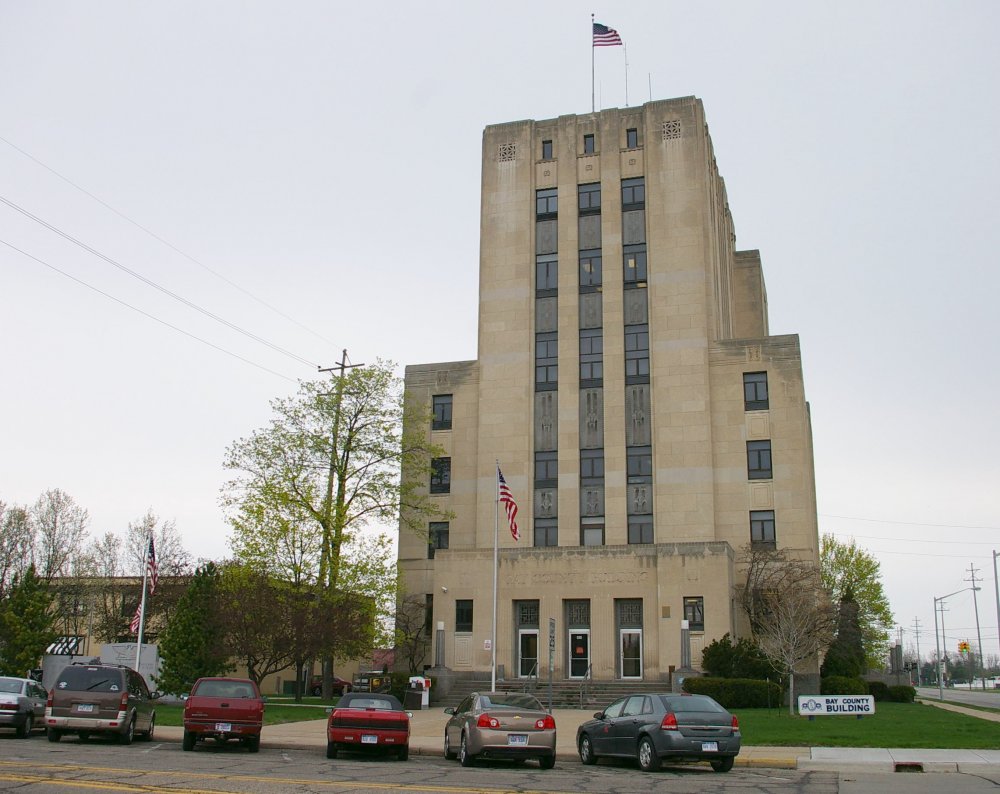 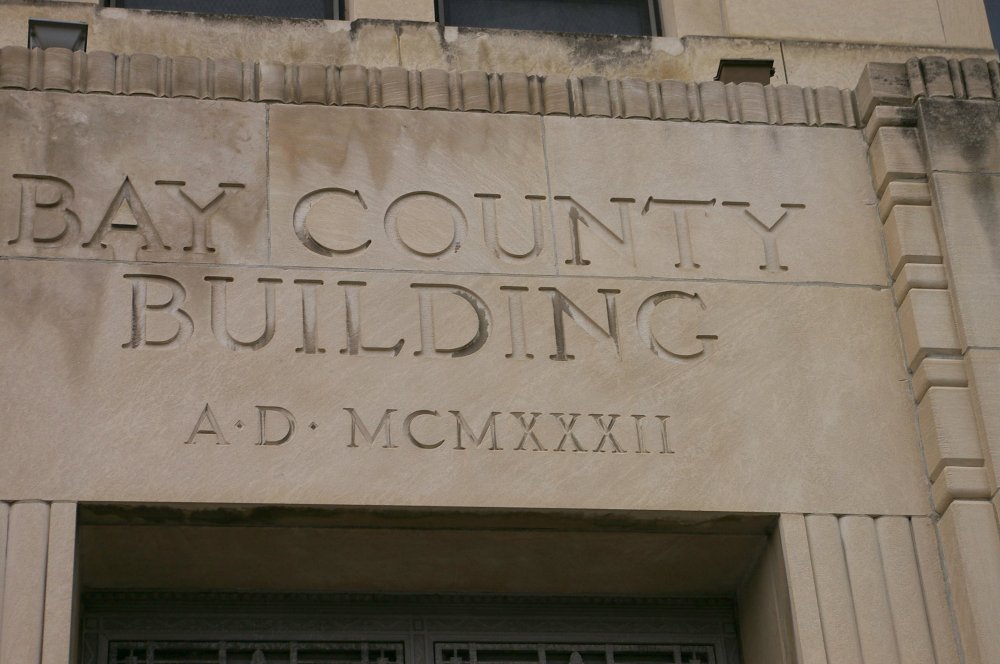 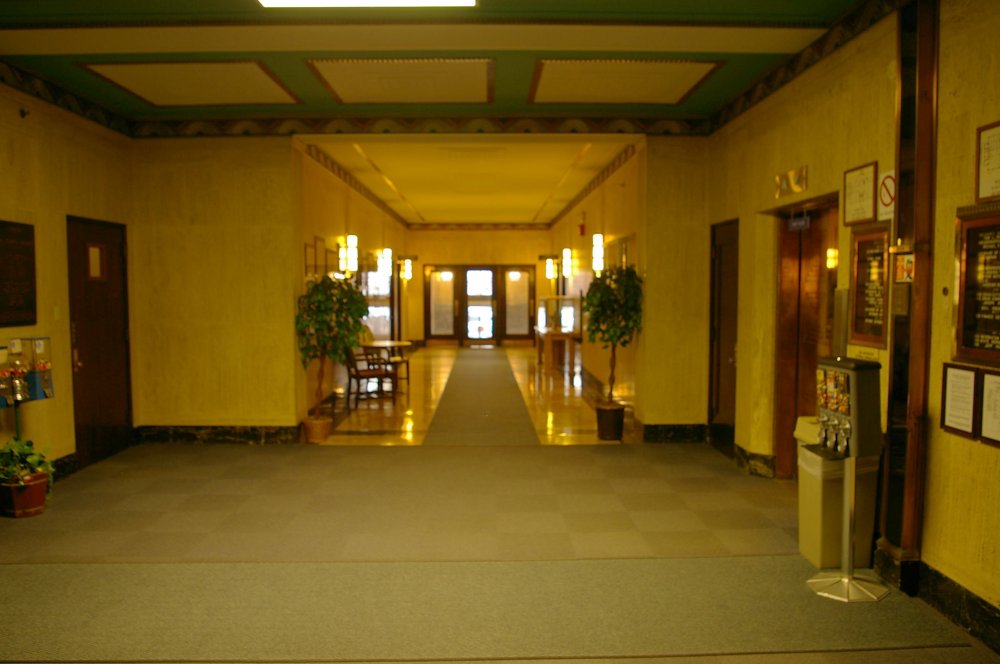 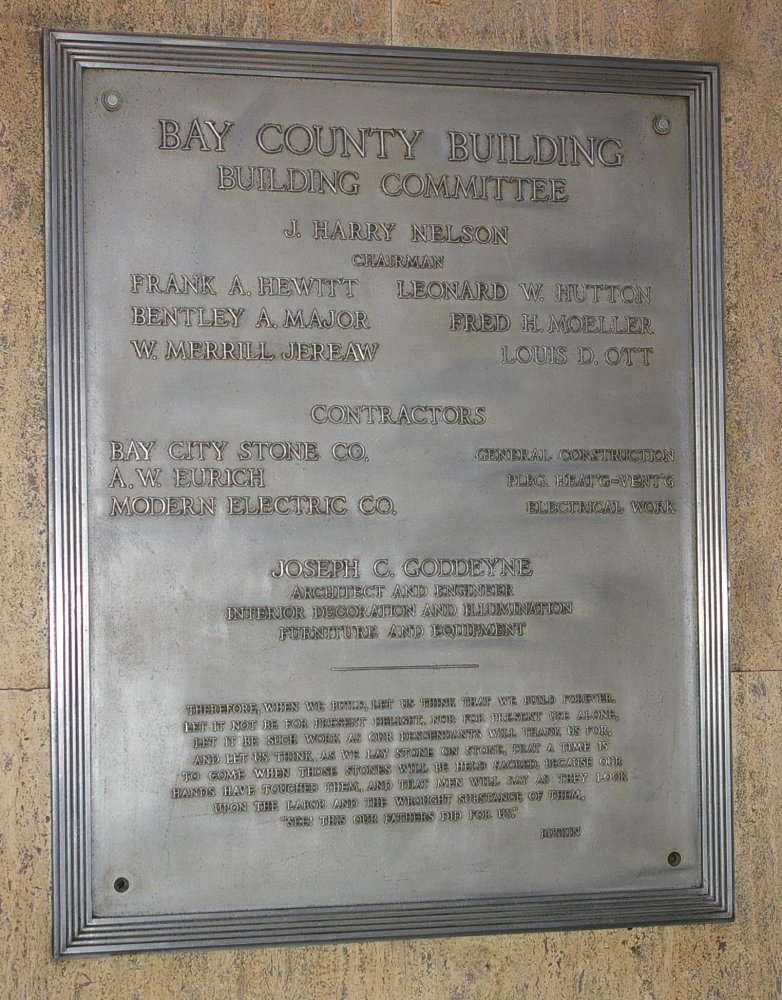 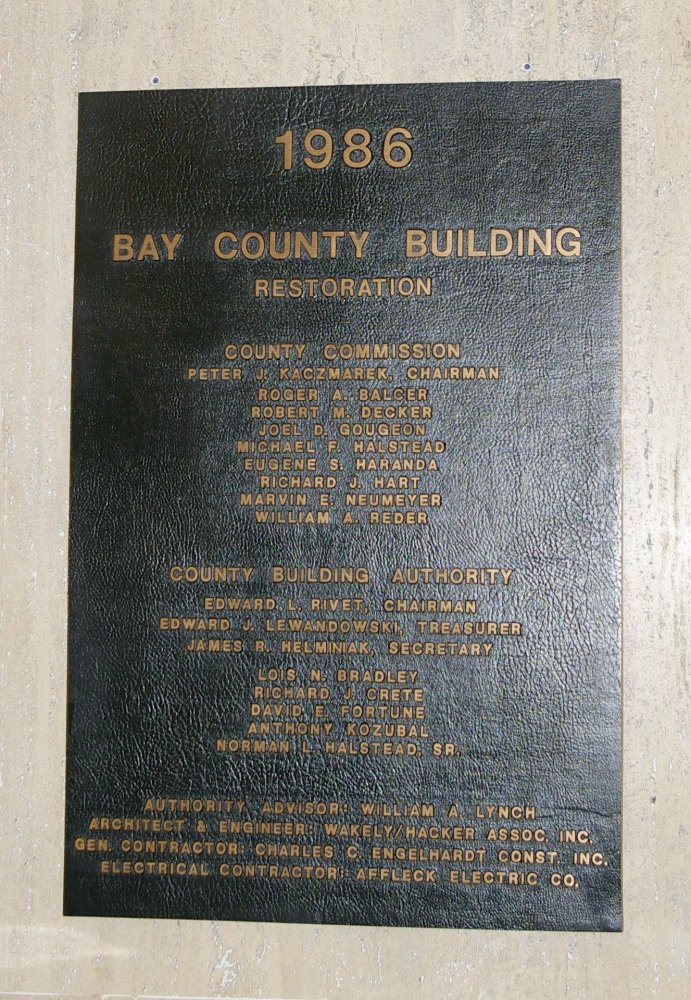 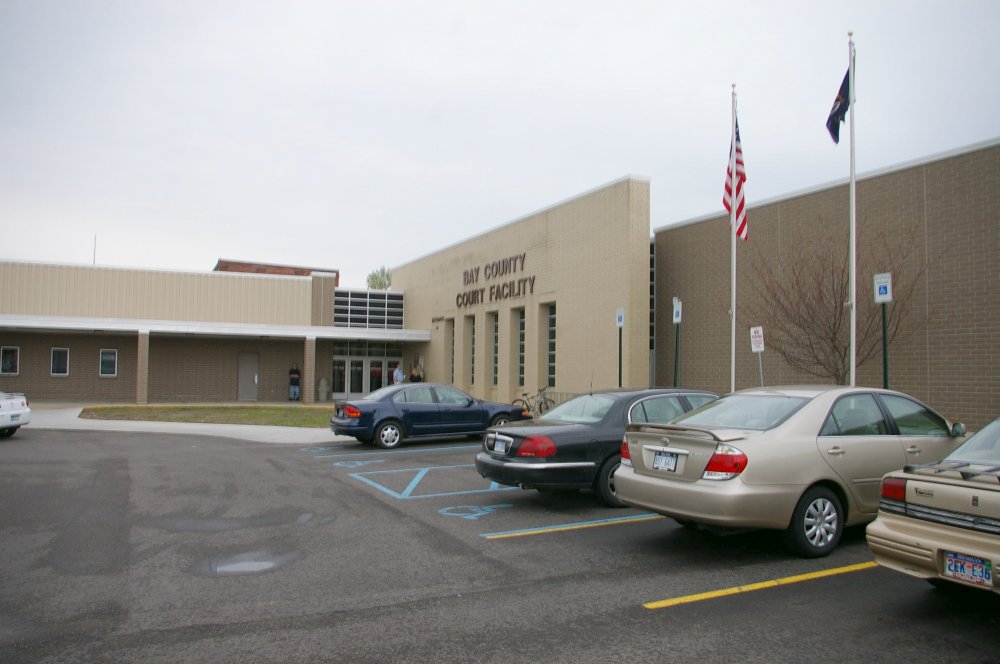