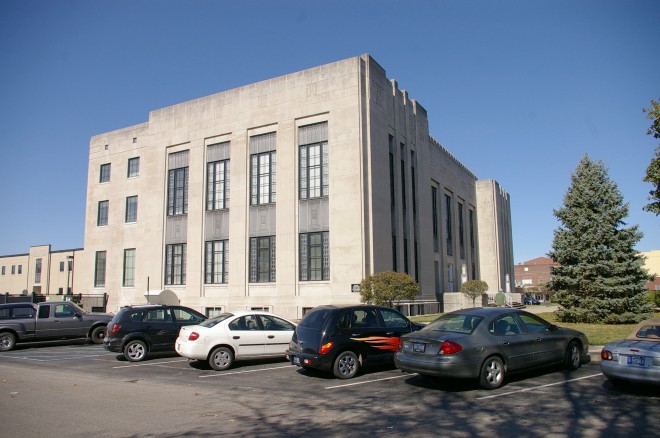 Shelby County is named for Isaac Shelby, who was the first Governor of Kentucky and who defeated the British at the Battle of Kings Mountain during the Revolutionary War.

Architect:  D A Bohlen and Son

Description:  The building faces east and is a three story grey colored limestone structure. The building is located on landscaped grounds in the center of Shelbyville. The north and south sections project slightly from the main building. The east front has long vertical windows. The center section has wide vertical dividers with three entrance doorways on the first story. In the interior, the first story has a rectangular marble clad lobby which runs north to south The floor of the lobby has polished rectangular white colored marble tiles laid in herringbone pattern, The walls have white colored marble and black and green colored marble baseboard. A tray ceiling has a large crown molding that features vertical, rectangular bas-relief panels with floral patterns. On the west side is is the central grand staircase which is a “Y” shape and constructed of marble. The balustrade features an abstract floral and geometric shape pattern. The courtroom on the second story has plaster walls and crown moldings. The building houses the County Circuit Court and County Superior Court of the 17th Judicial District. The building was renovated in 2002. The architect was The Oldle McGuire & Shook Corporation and the contractor was the Summit Construction Company Inc. On the southwest side is the County Criminal Justice Center. 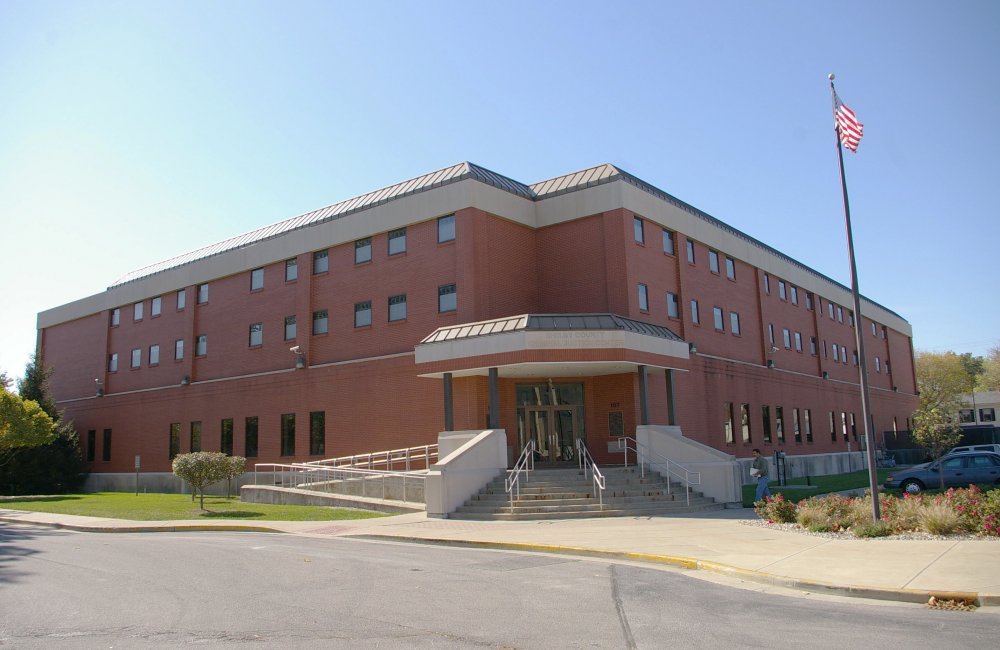 Contractor:  Dunlap and Company Inc. and Vincent B Greiner Inc.

Description:  The building faces northeast and is a two story red colored brick, concrete and glass structure. The building is located on landscaped grounds in the center of Shelbyville to the southwest of the courthouse.. The northeast corner has an entrance on the first story with large canopy supported by thin columns. The square windows are small. A white colored band runs below the flat roof line.

History:  The county was created in 1821 and Marion was selected as the temporary county seat in 1822 and the first court met at the home of David Fisher. Shelbyville became the county seat in 1822. The court met at the homes of Benjamin Williams and Hiram Alldredge.  The first courthouse was a brick structure designed by John E Baker and built by William Bushfield and Arthur Major from 1825 to 1830 at a cost of $2,240. The third courthouse was designed and built by Edwin May at a cost of $27,000. The building was remodeled in 1878 at a cost of $31,000. The architect was R P Daggett and the contractor was Osborne, Carlisle & Jones. The Fourth courthouse was constructed in 1936 to 1937 at a cost of $250,000. The County Justice Center was constructed in 1993 to 1994. 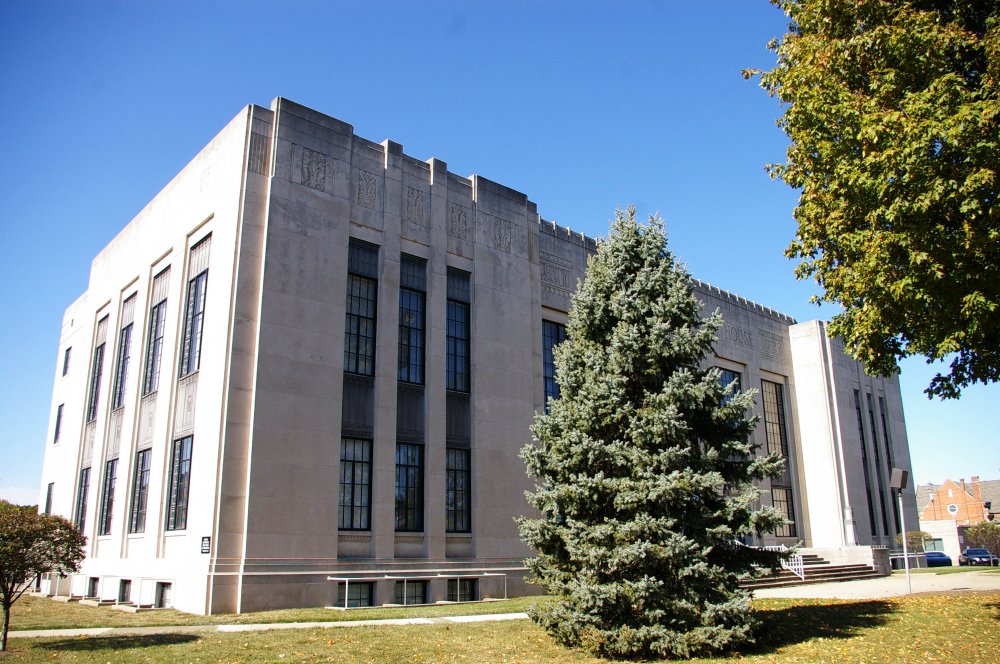 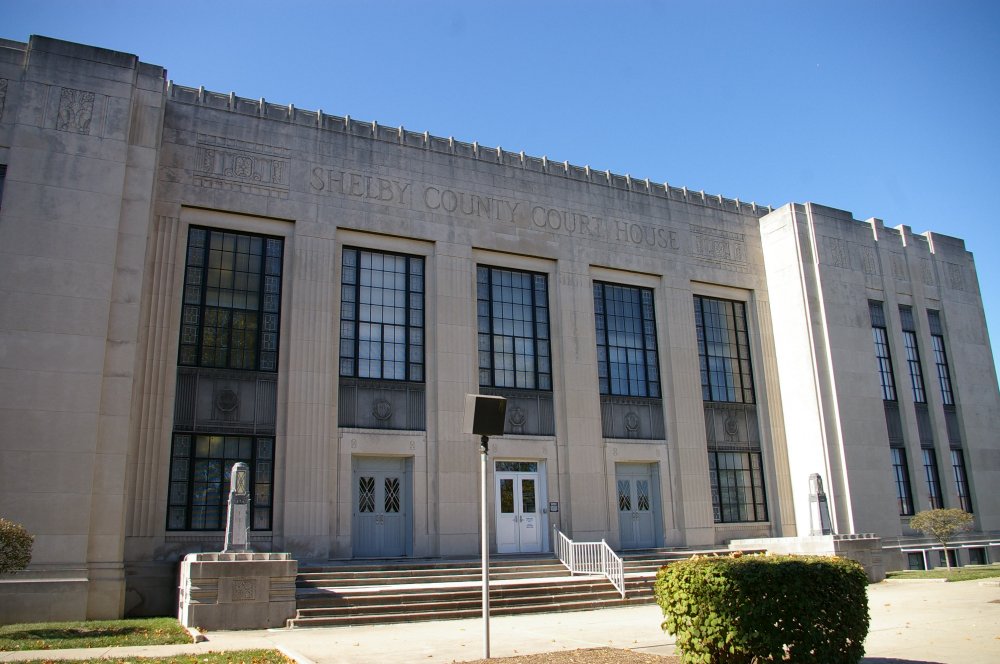 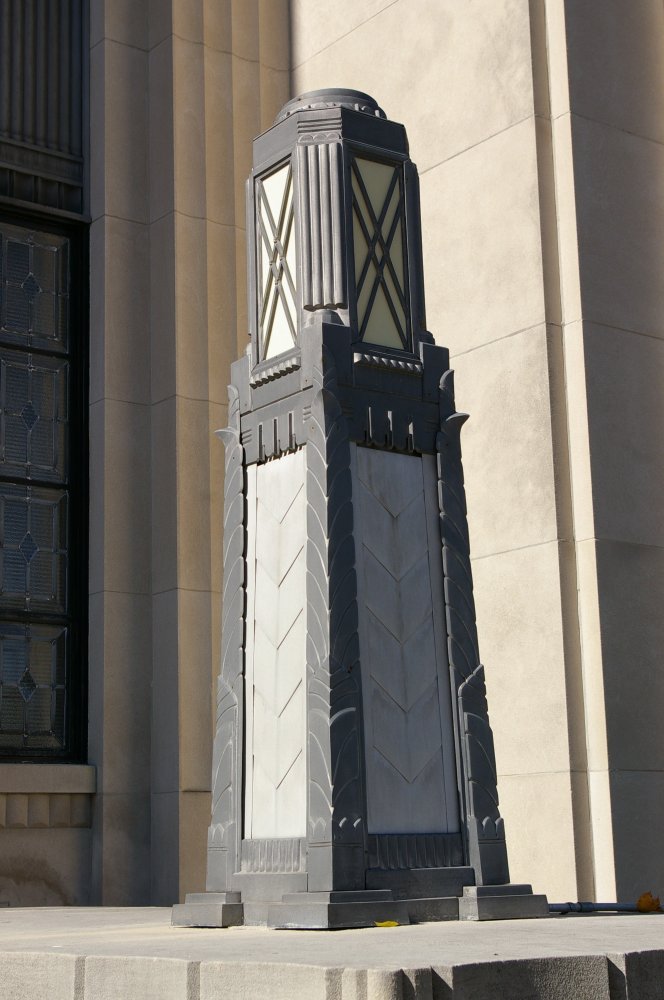 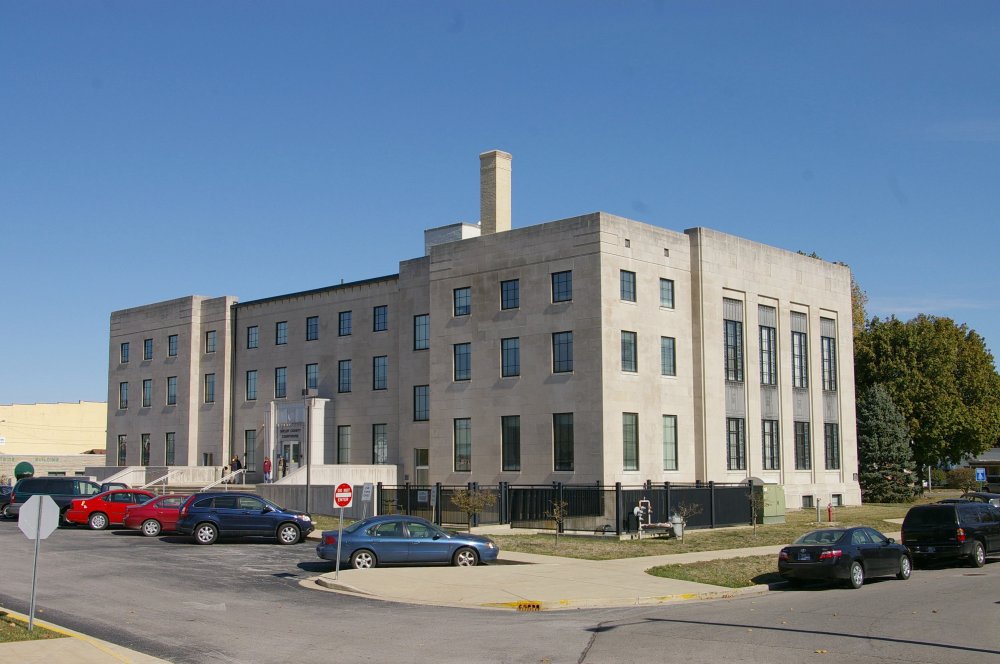 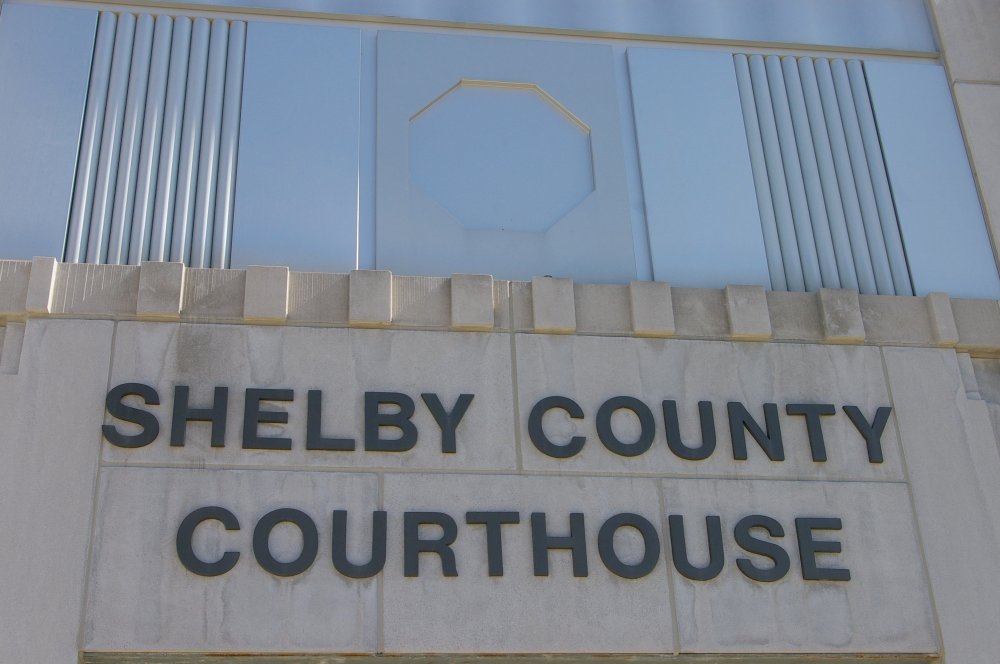 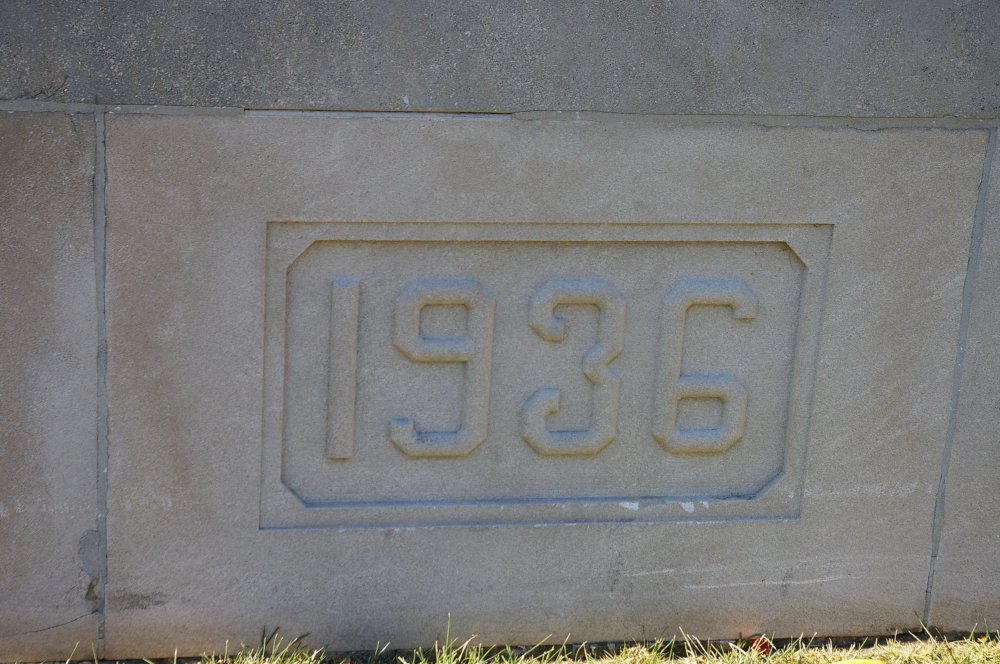 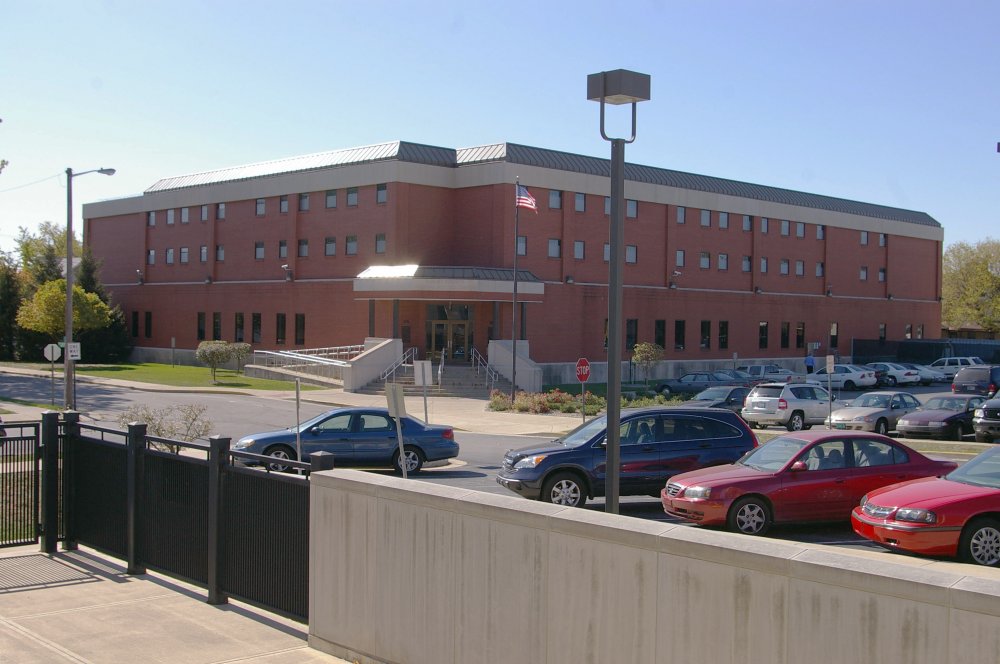 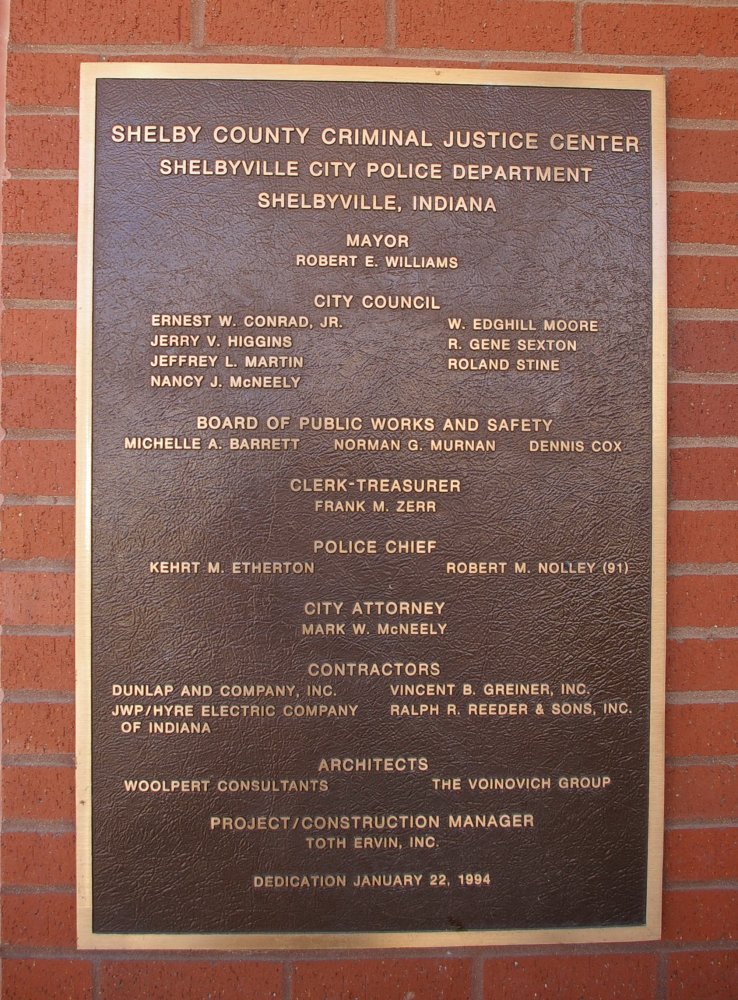