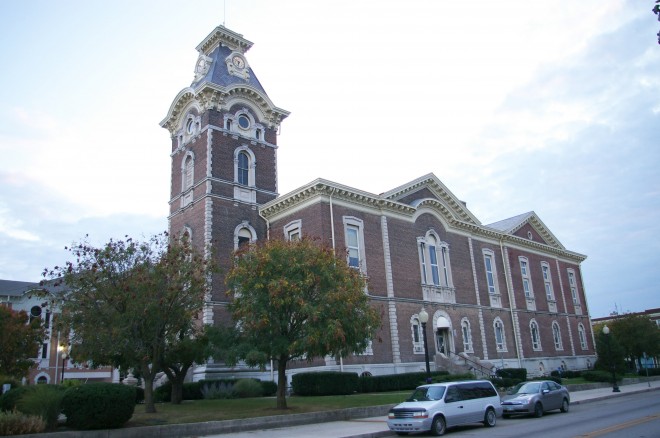 Description:  The building faces east and is a two story red colored brick structure. The building is located on the landscaped grounds of the Courthouse Square in the center of New Castle. The east front has a three story clock tower with steep roof and platform at the top. On the front is a niche with a large Statue of Justice. A wide cornice follows the roof line with two small peaked roofs. The roof is hipped. In the interior are black and white colored diamond patterns on the floor and marble wainscoting. At the head of the staircase on the second story is the entrance to the courtroom which occupies over half the floor space.  The courtroom has wooden wainscoting and the original judge’s bench. There are Corinthian columns decorated with acanthus leaves, which sit atop fluted shafts. The columns support an entablature of dentils and modillions and flank a small alcove. The architect was Isaac Hodgson of Indianapolis and the contractor was Henry County workmen. An addition was added in 1904 to 1905. The contractor was Patrick H McCormack and Company. On the south side is the County Justice Center. 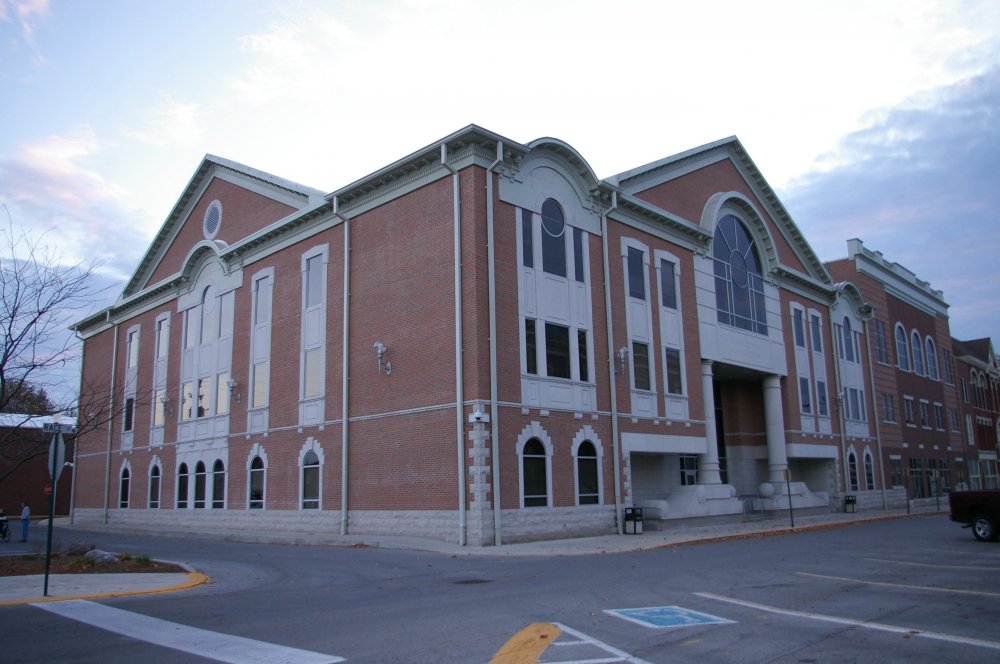 Description:  The building faces north and is a three story red colored brick and concrete structure. The building is located on the south side of the courthouse. The north front has a recessed central entrance with two columns. On the third story is a large arched window with peaked roof above. The building houses the County Circuit Court and the County Superior Court of the 15th Judicial District. 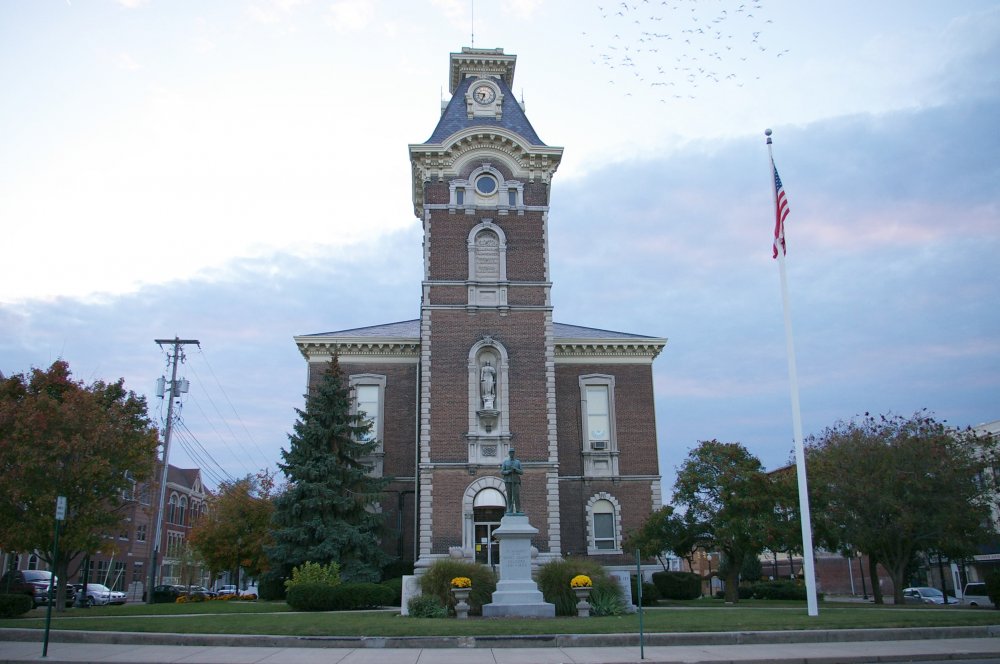 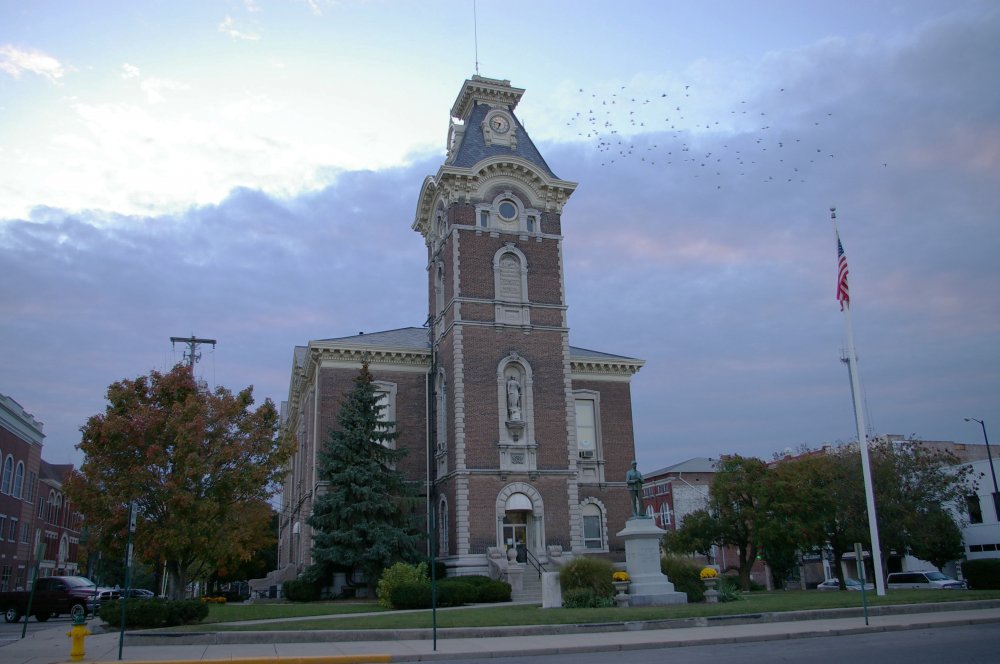 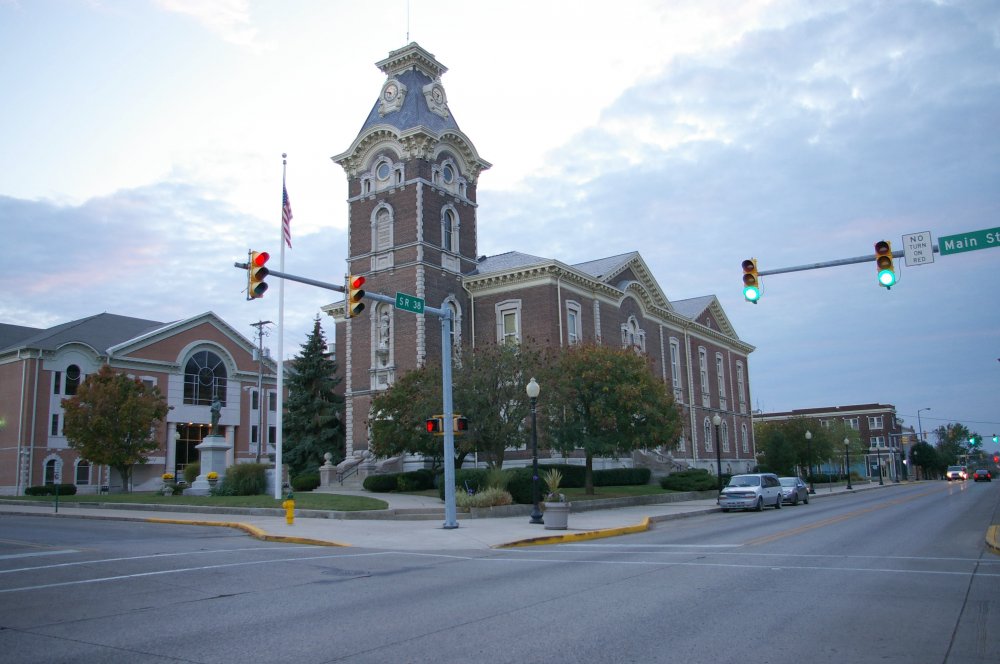 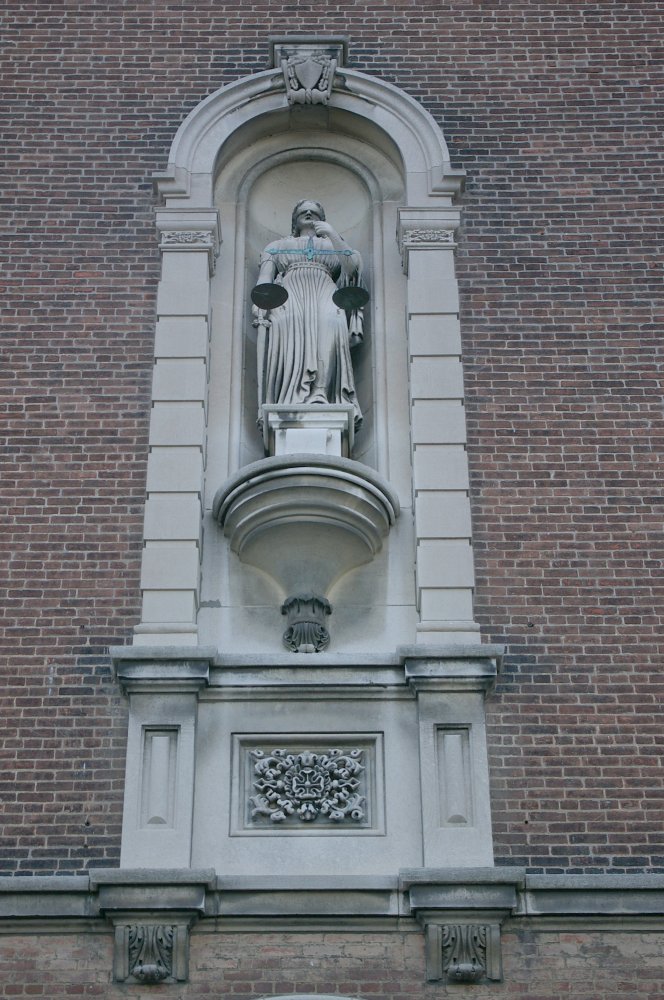 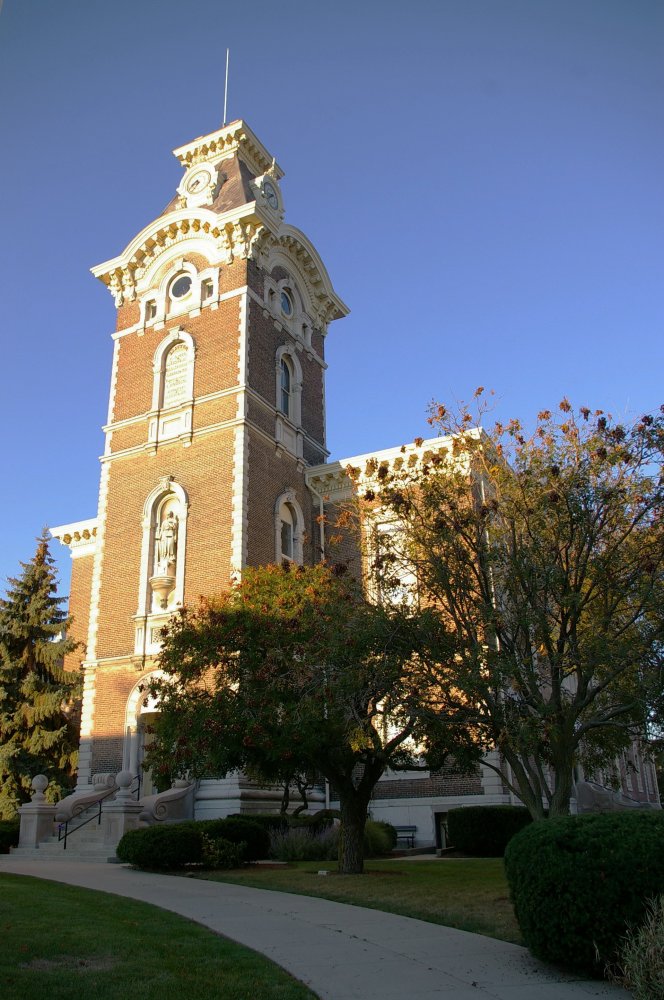 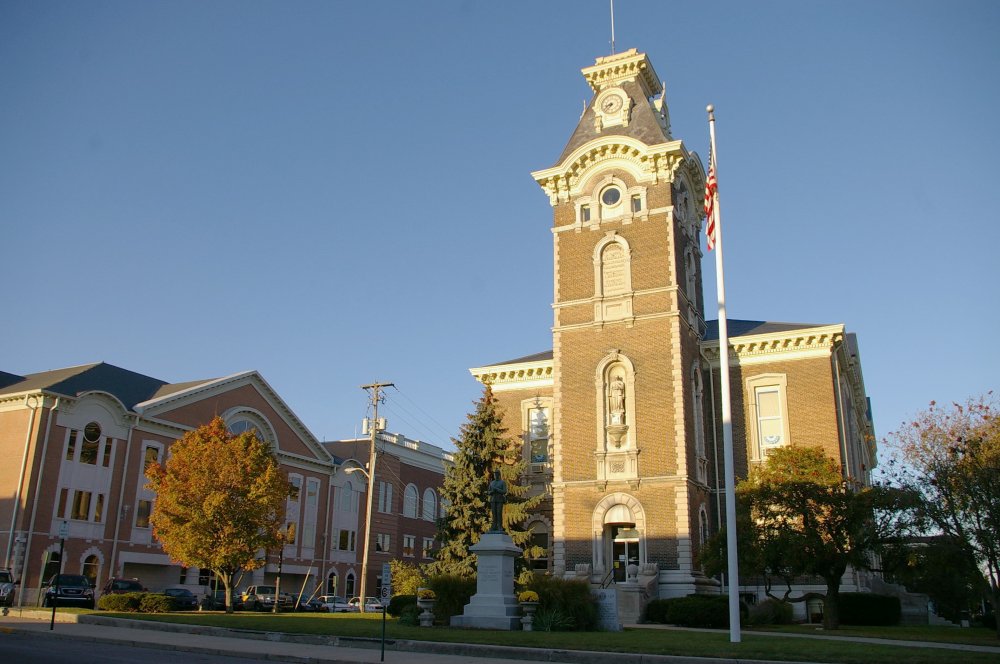 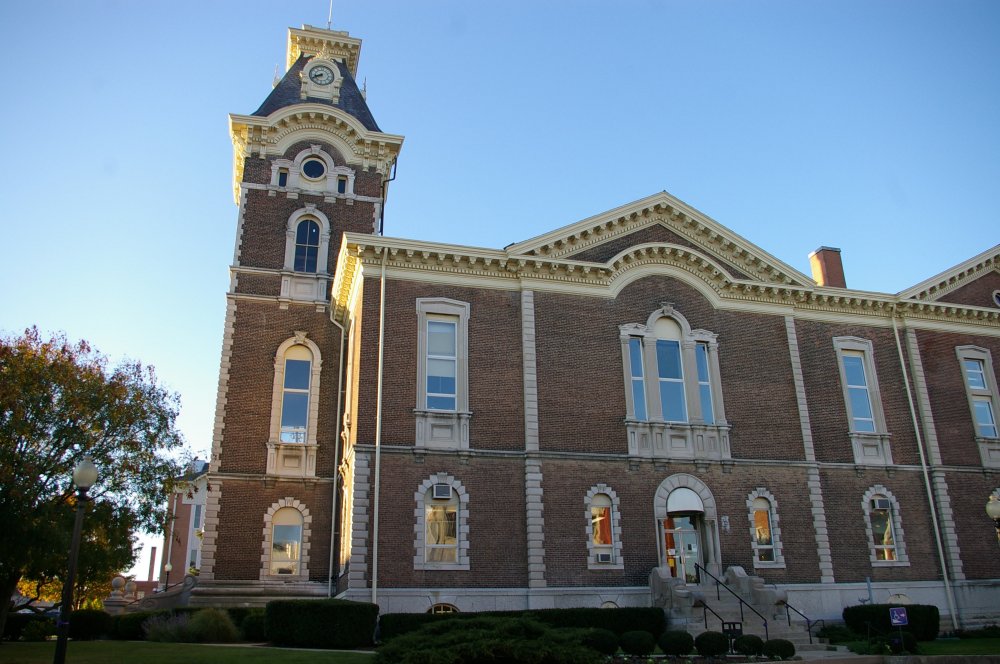 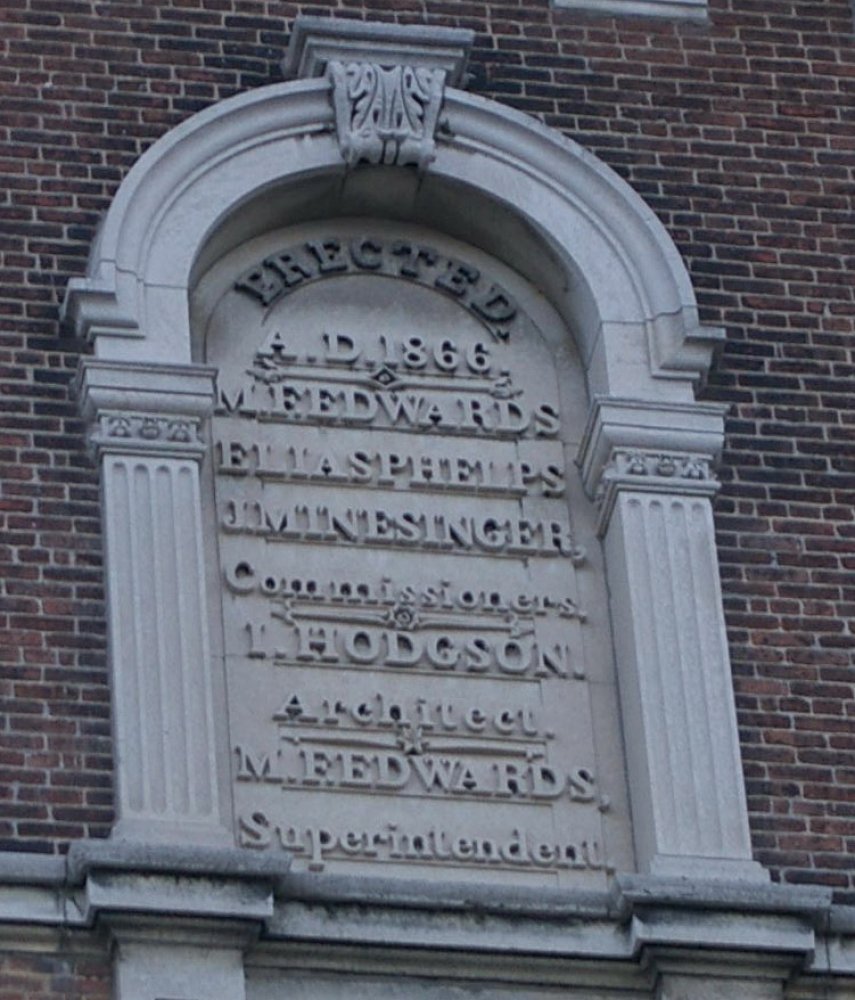 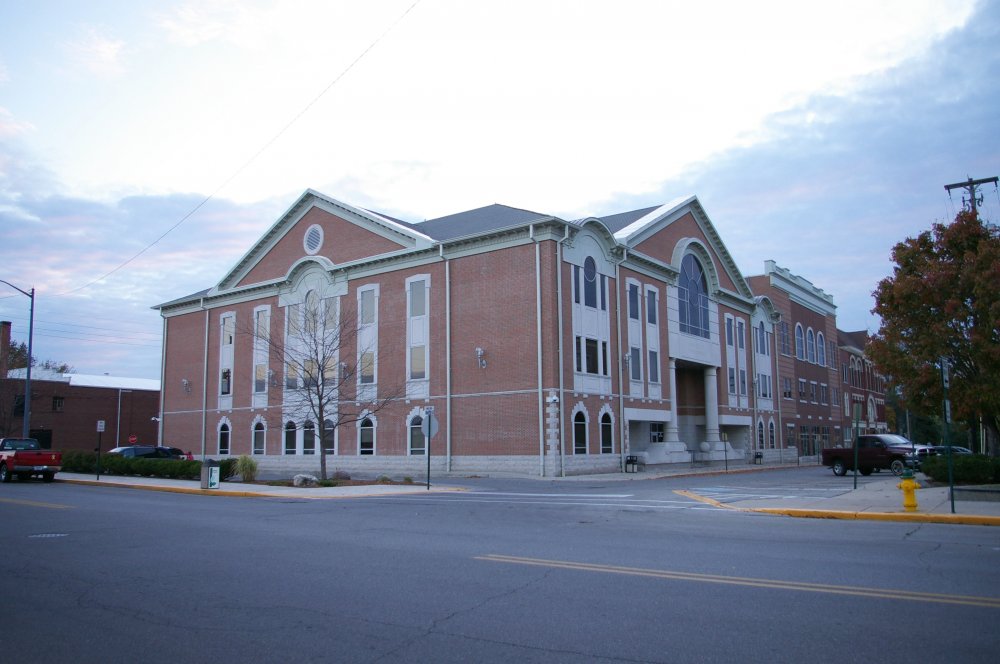 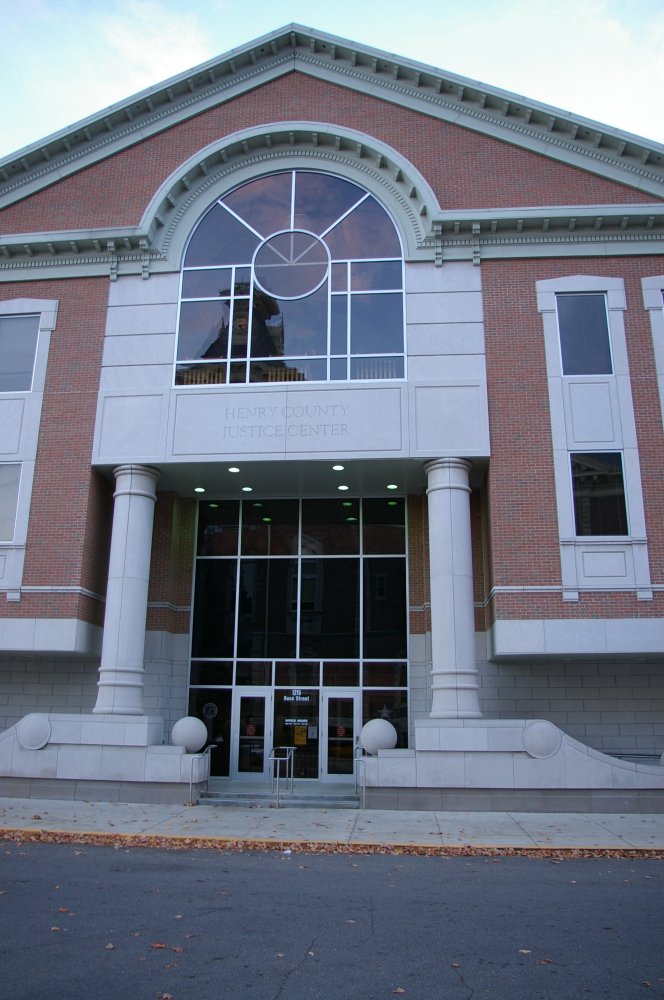 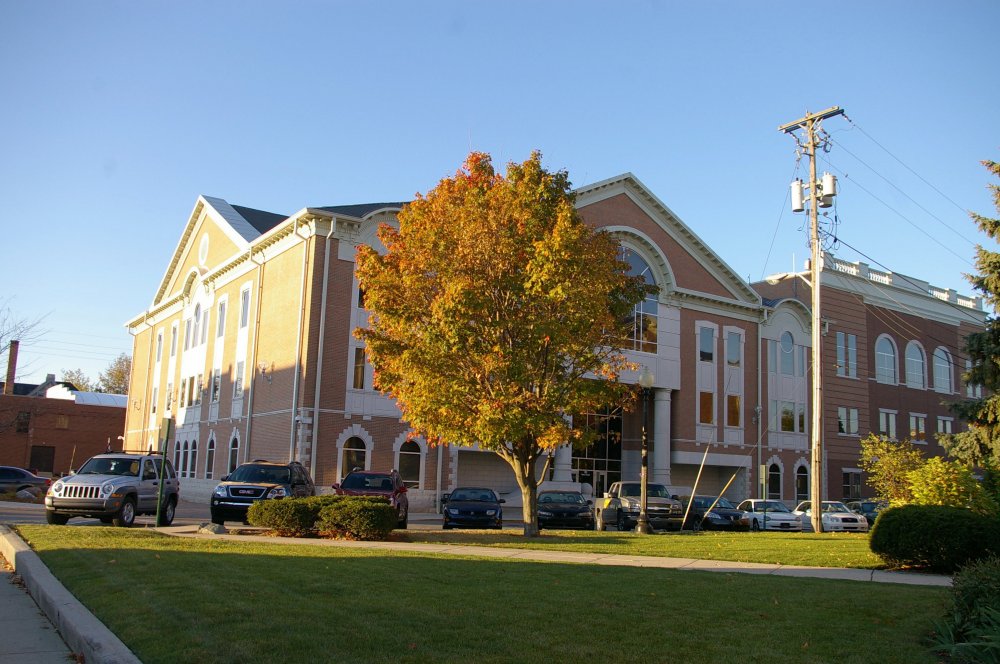