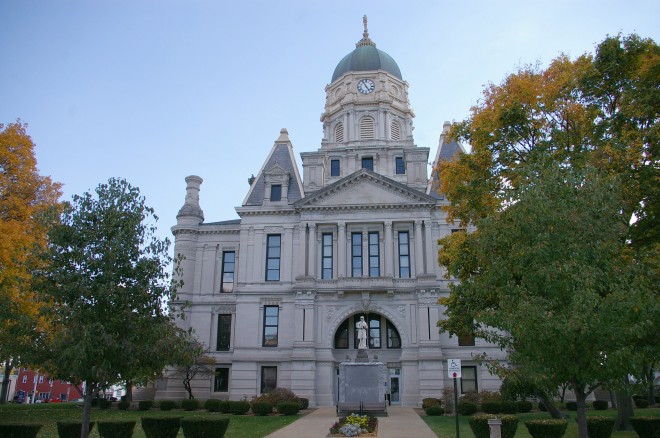 Whitley County is named for William Whitley, who was killed at the Battle of the Thames in the War of 1812.

Description:  The building faces north and is a two story gray colored Indiana limestone structure. The square shaped building is located on the landscaped grounds of the Courthouse Square in the center of Columbia City. The building has a cruciform plan. The north portico has a large stone arch on the first story with four columns on the second story with pediment above. On each corner of the building are steep roofed towers and on the east and west are rounded turrets at the roof line. On the center of the slate roof is a large octagonal galvanized iron dome with green colored roof and clock. In the interior, the main level is bisected by an east-west corridor, and the third floor has a large stair hall at the courtroom entrance, directly beneath the skylight. The courtroom is largely intact, with the original bench and seating, as well as mantles of porphyry marble on the corner fireplaces. Other areas within the building contain most of their original woodwork and cabinetry. The building houses the County Circuit Court and the County Superior Court of the 6th Judicial District.

Description:  The building faces east and is a two story wooden structure. The building is located on landscaped grounds in the center of Columbia City to the east of the courthouse. The east front has a one story porch. The building is rectangular in shape with a one story addition on the west side. The roof is hipped.

History:  The county was created in 1835 and Columbia City was selected as the county seat in 1839 when the county was organized. The first court met in the home of Richard Baughan, in David Long’s hotel and the home of Abraham Cuppy. The first courthouse was erected by Richard Baughan in 1841 being a two story wooden structure at a cost of $411 and is still standing. The second courthouse was a brick structure designed by Hossler & Radcliff of Huntington and built by Henry Swihart and Thomas Washburn at a cost of $7,748 in 1850. The third and present courthouse was constructed in 1888 to 1889 at a cost of $148,320. 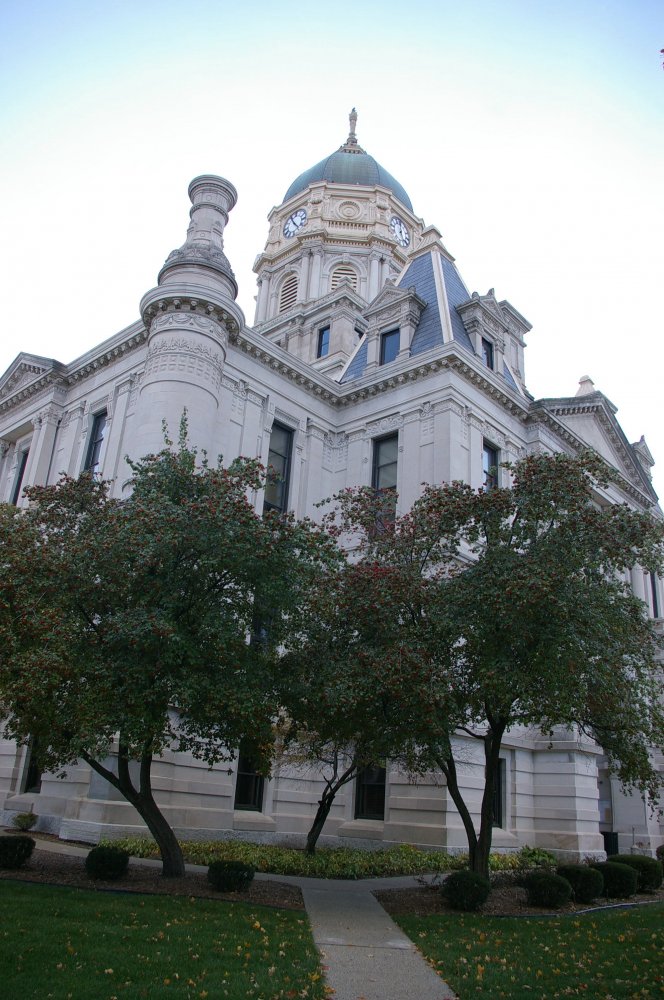 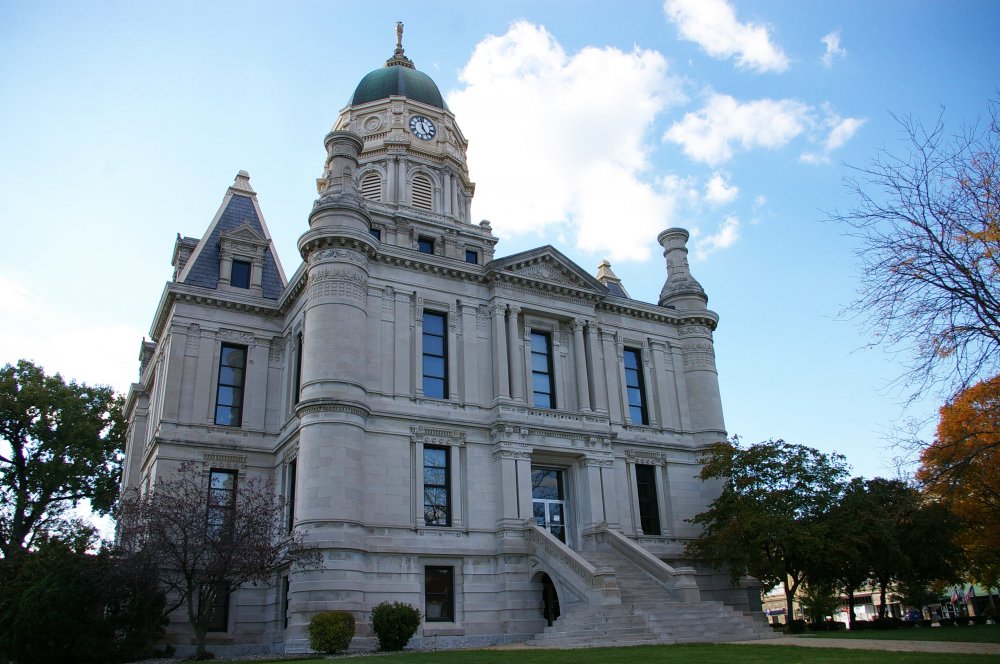 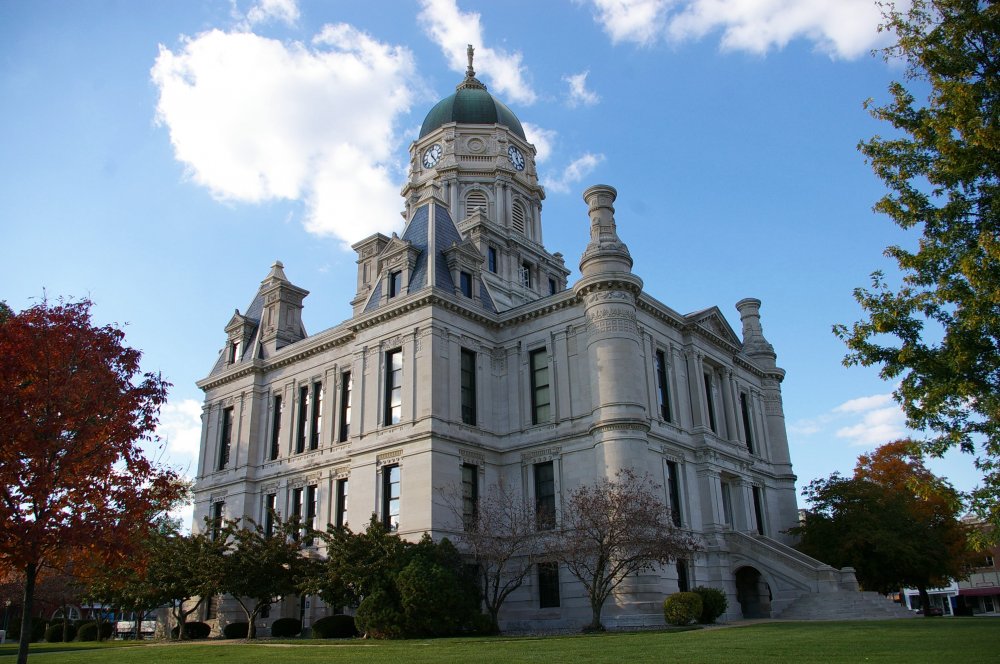 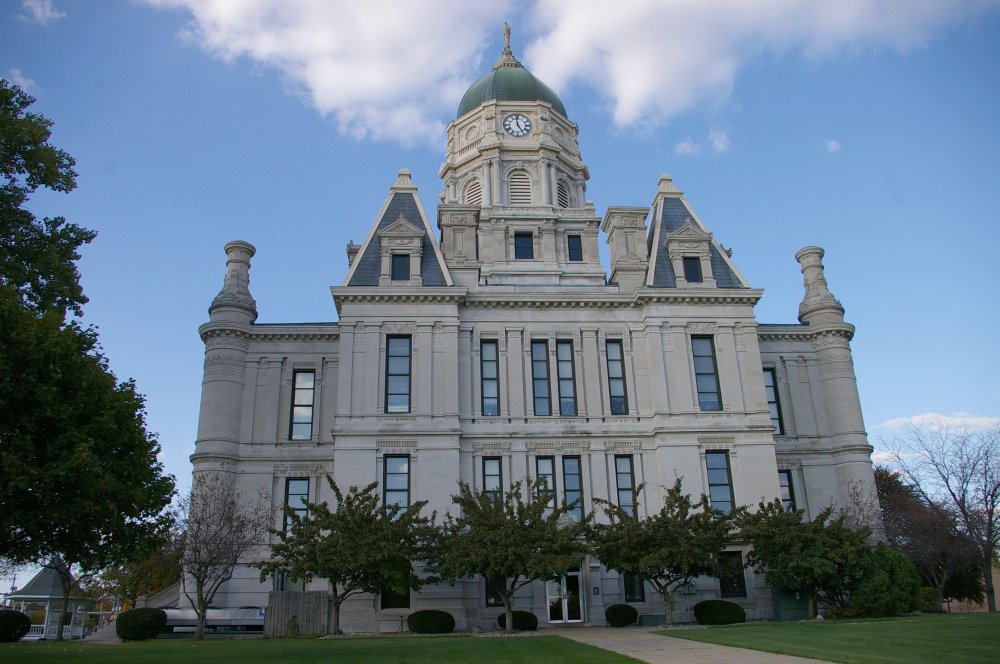 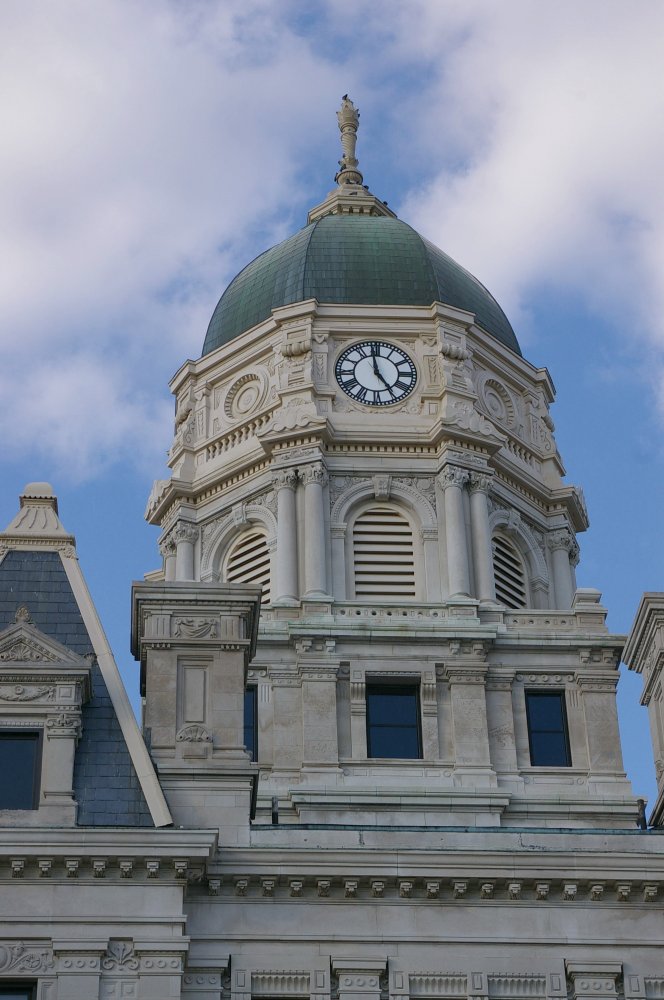 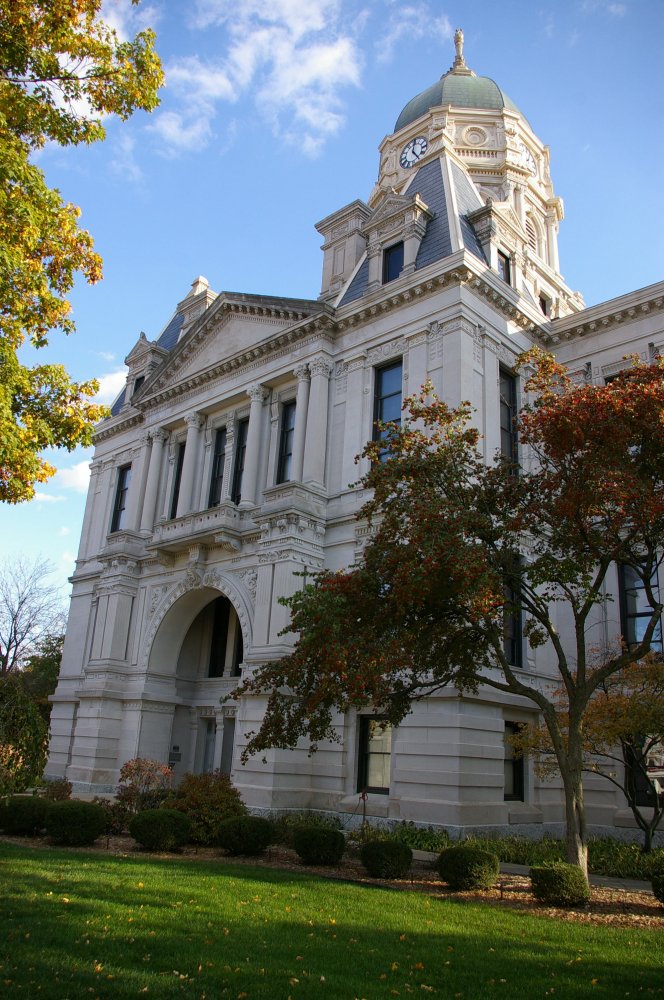 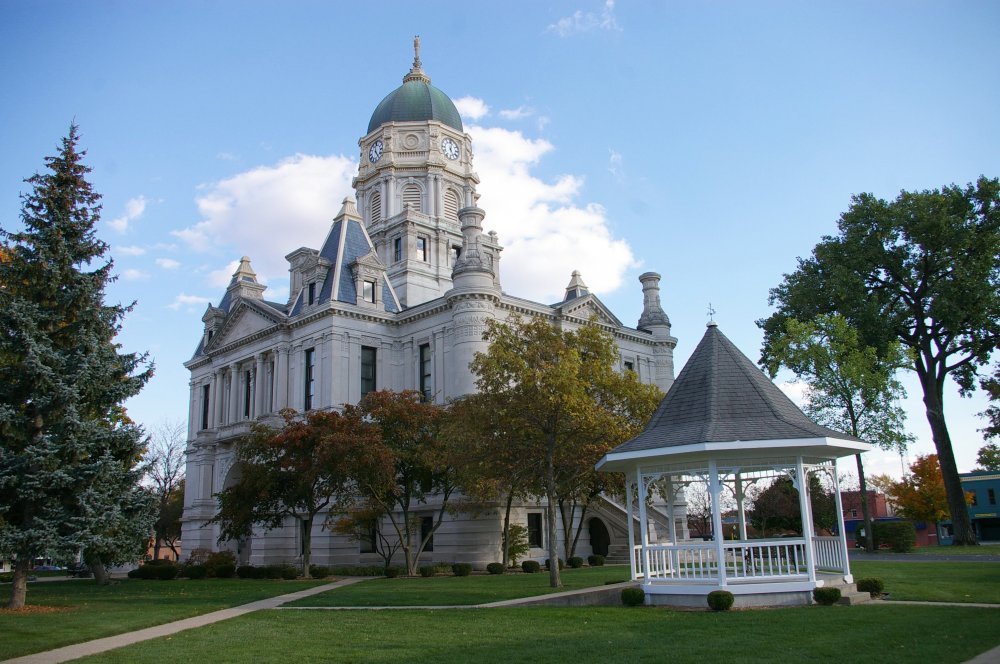 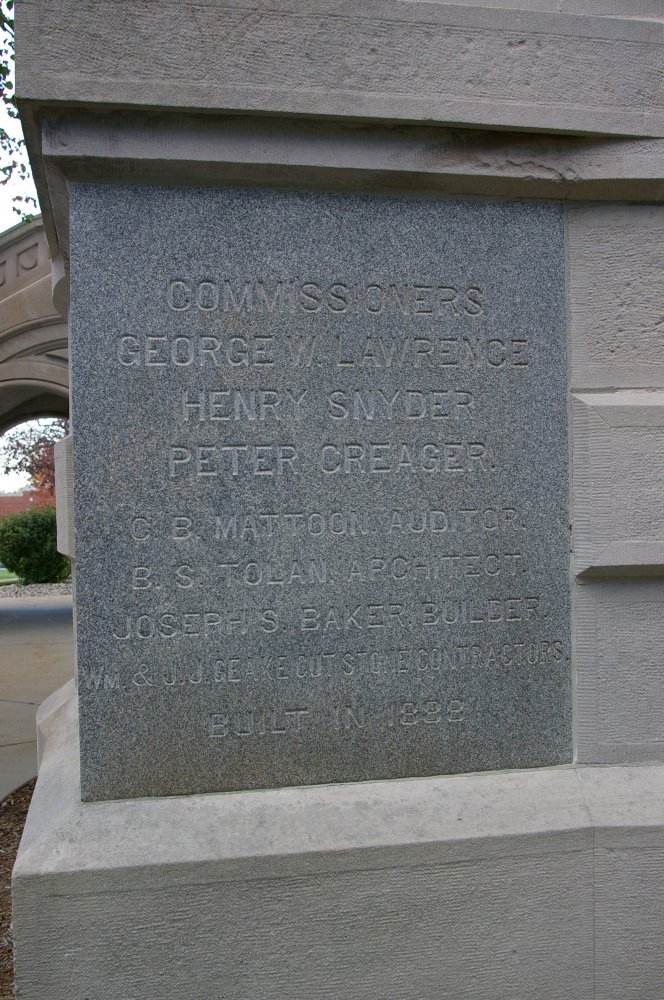 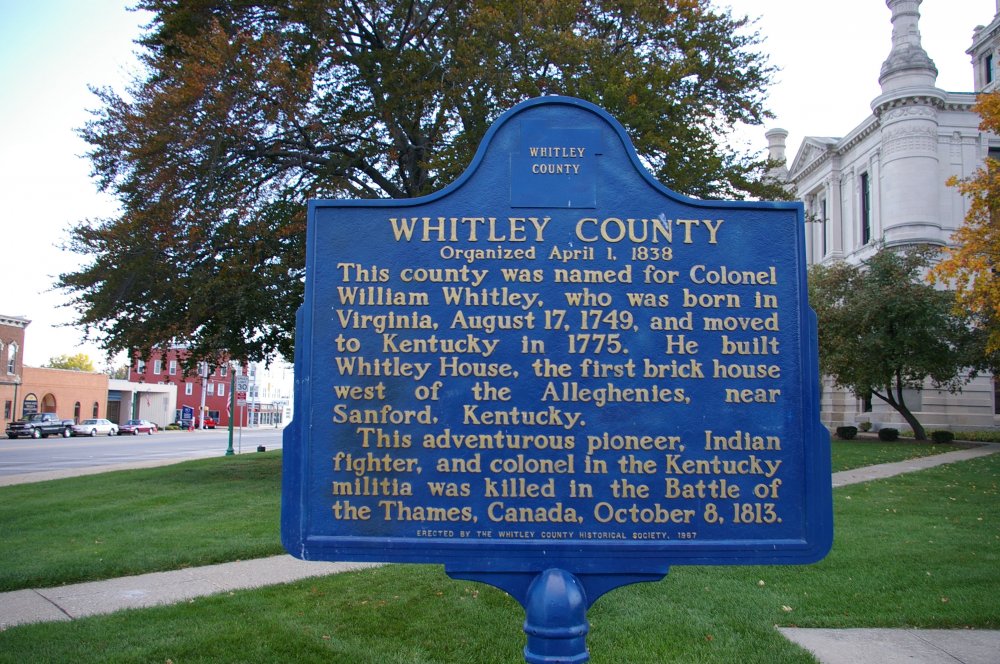