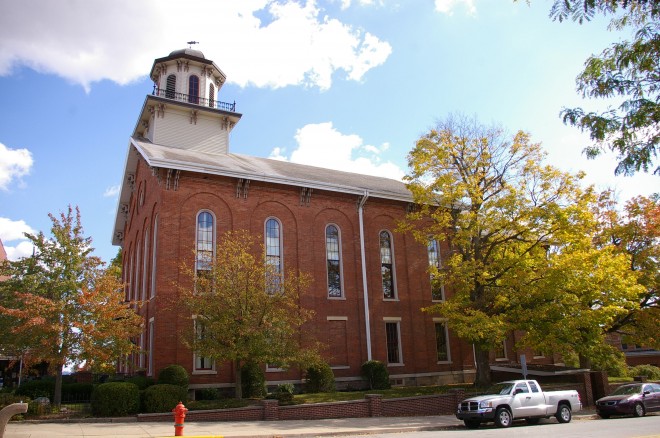 Steuben County is named for Baron Frederick von Steuben, who was an officer in the American Revolutionary War.

Description:  The building faces north and is a two story red colored brick structure. The building faces onto the Public Square on landscaped grounds in the center of Angola. The foundation is field stone. The building has long narrow windows on the second story. Above the north front is a square cupola with a smaller octagonal cupola with dome. The roof is hipped and has the original tiles. The building houses the County Circuit Court and the County Superior Court of the 6th Judicial District. During construction the superintendent was Hiram A Wakefield. An addition was constructed in 1937 adding a third story. 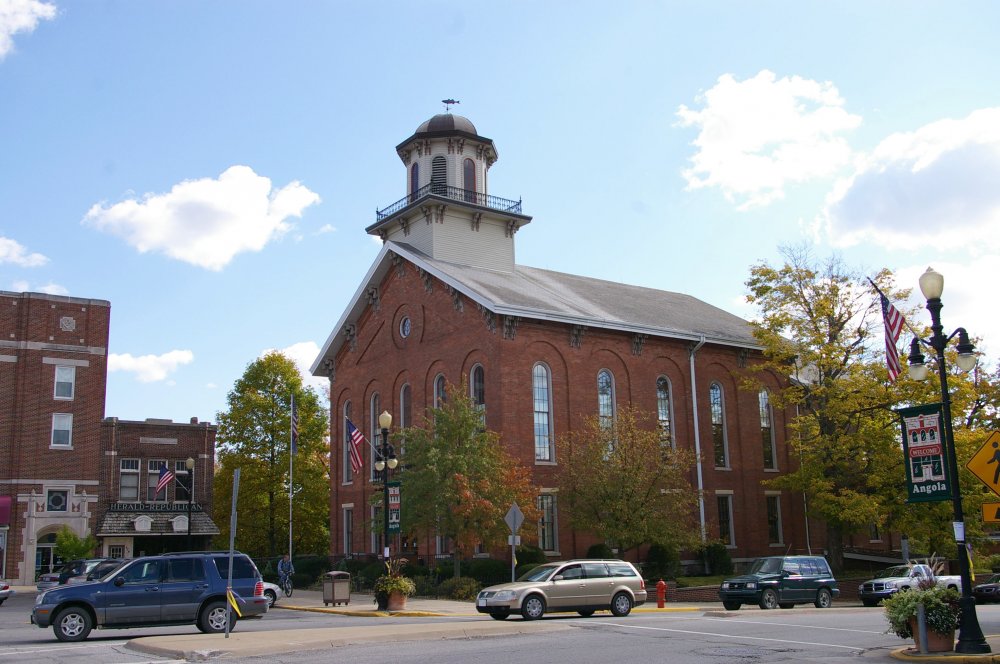 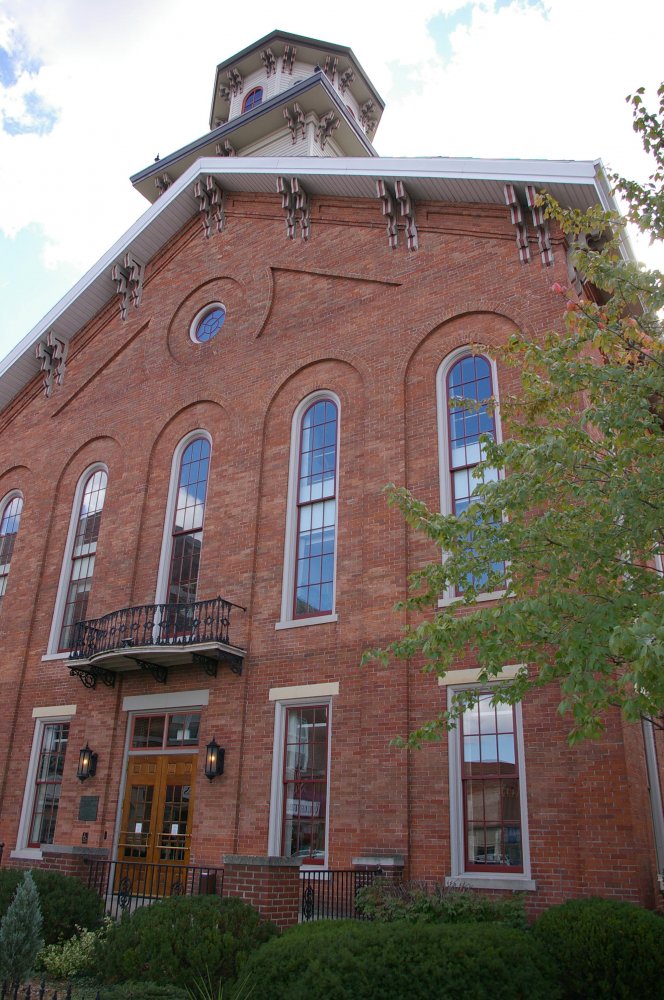 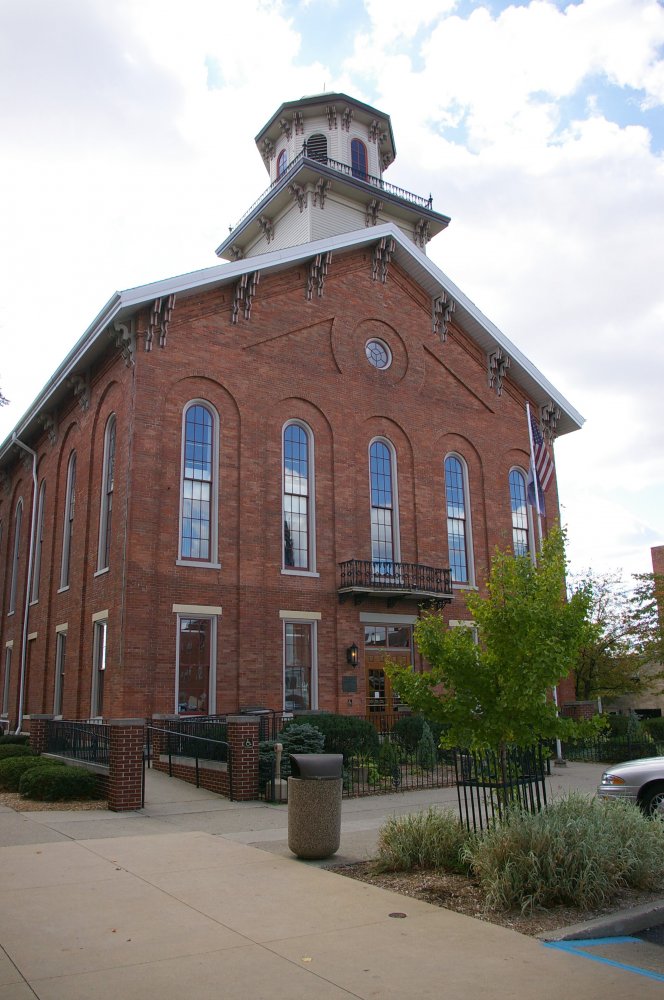 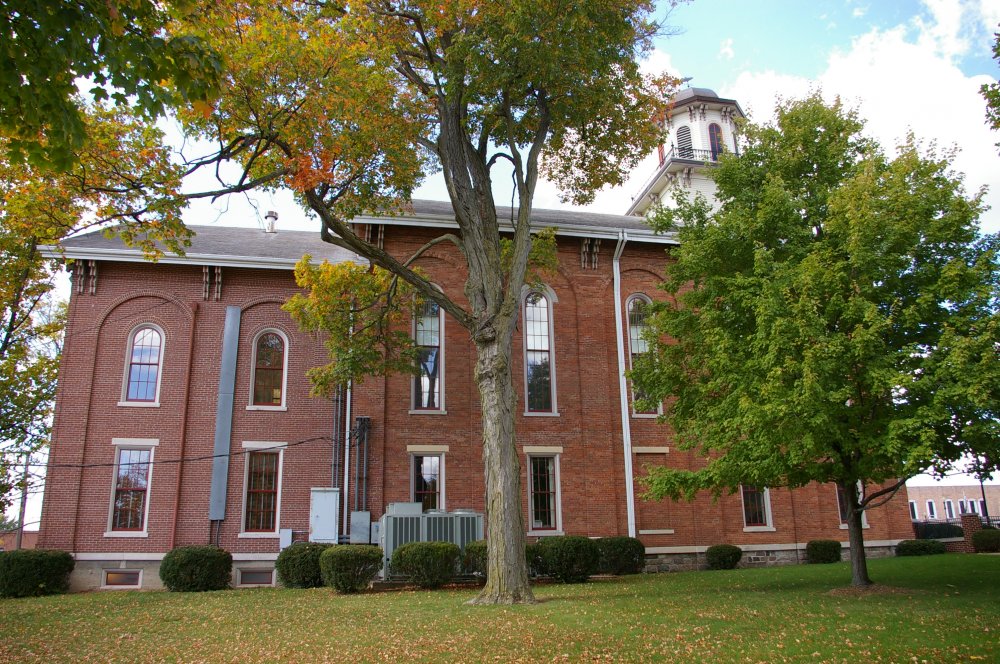 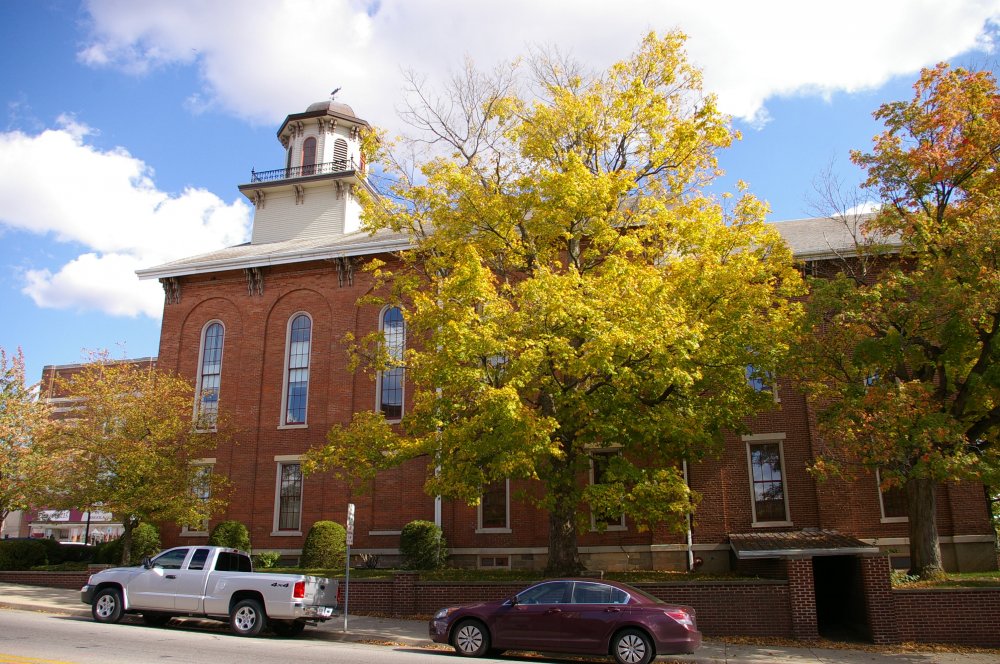 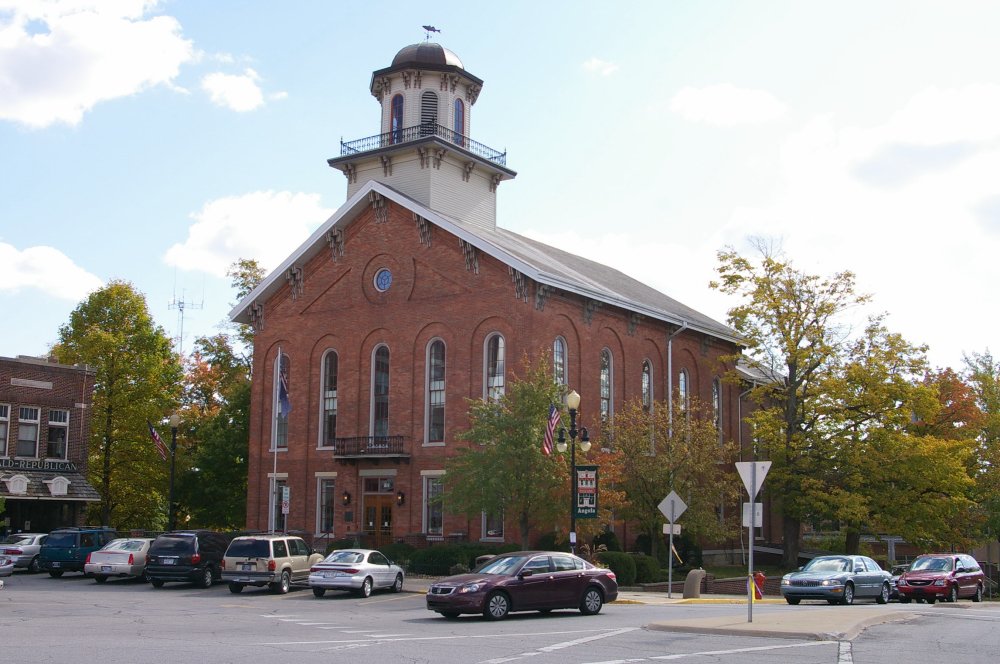 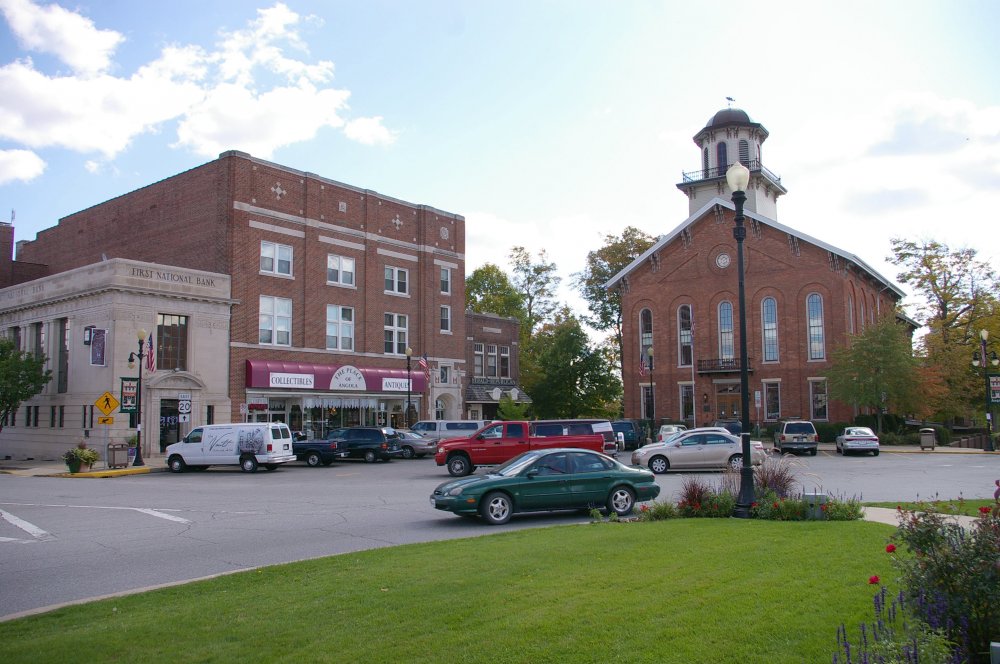 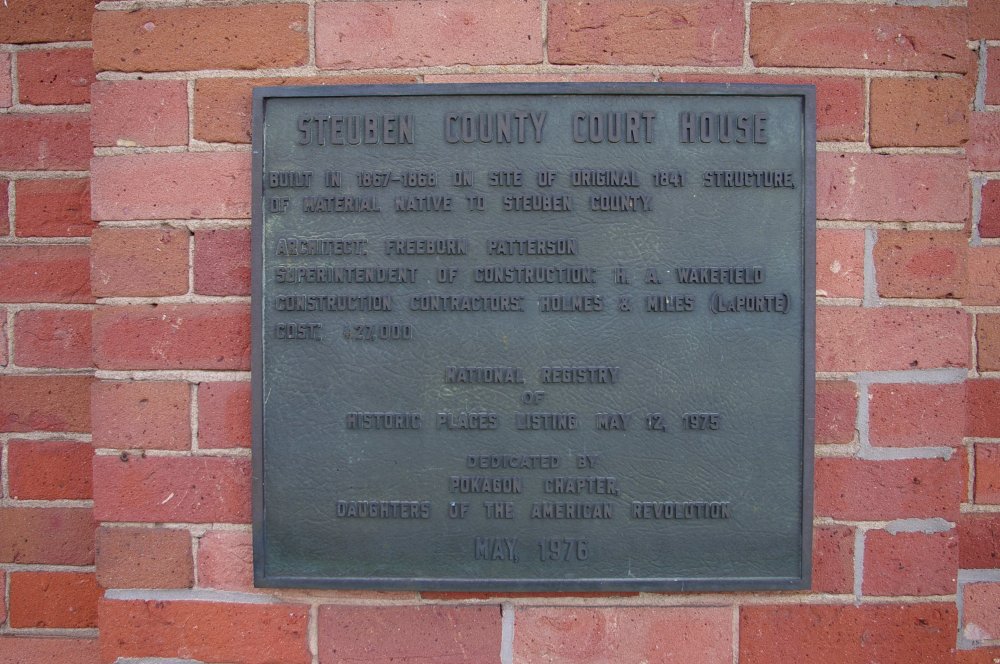