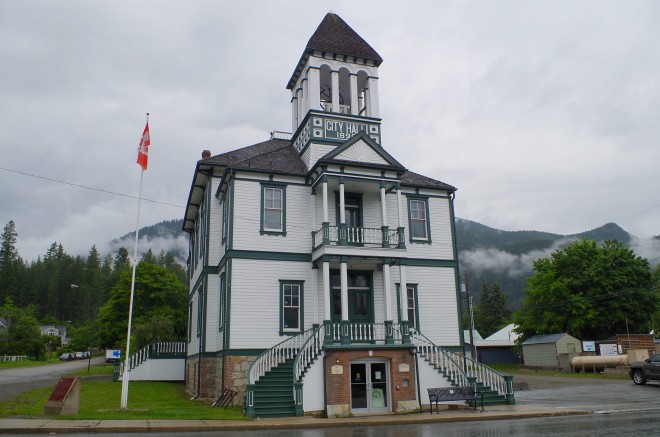 Kaslo is named for the Indian word “As-Kasleo” meaning “place where blackberries grow”, or for John Kaslo, who came looking for placer gold, or after John Keen, who was a Hudson’s Bay Company trapper and whose name was corrupted to “Kaslo”.

Location:  Kaslo is located in the south central part of the Province.

Description:  The building faces east and is a two story white coloured wood frame structure. The east front has double curved stairs ascending to the first story entrance. Two sets of twin posts rise to a balcony on the second story with pediment at the roof line. A large square bell tower rises to a steep roof. Along the north and south sides are arched windows on the second story. The west wing is narrower than the main building. The base of the building is rough stone. The roof is hipped. The interior includes the historic spatial organization, front entrance hall and staircase including the newel posts and railings, the rear staircase and surviving remnants of the rear hall, the vault, the court room and the subsidiary chambers on the second floor, the original lath and plaster wall surfaces, wainscoting, the original window and door openings and surrounds, and the historical inscriptions on the building’s exterior and interior doors. 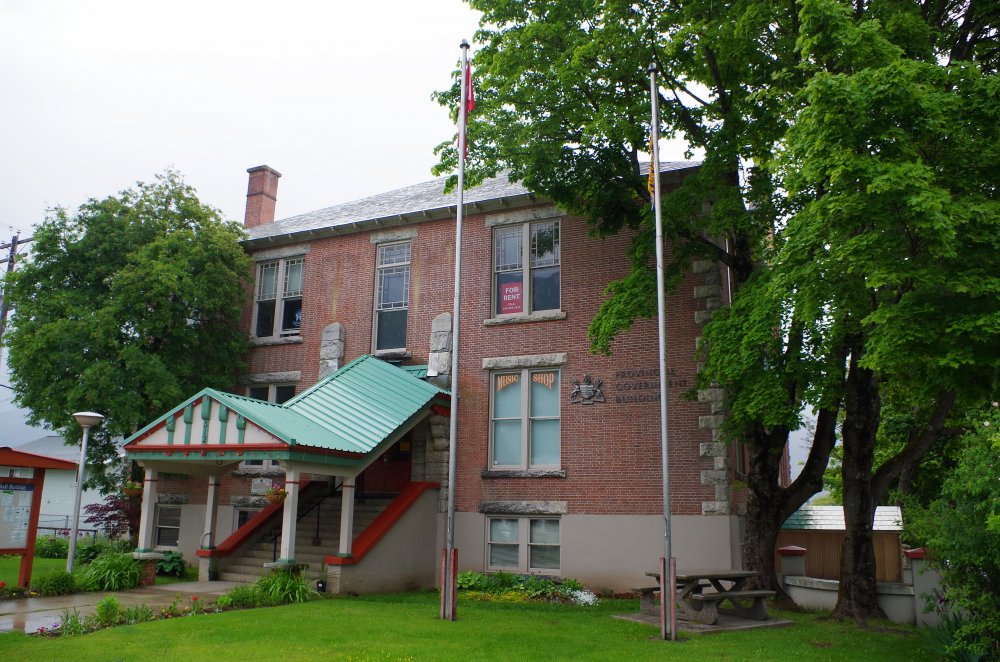 Description:  The building faces west and is a two story red coloured brick and concrete structure. 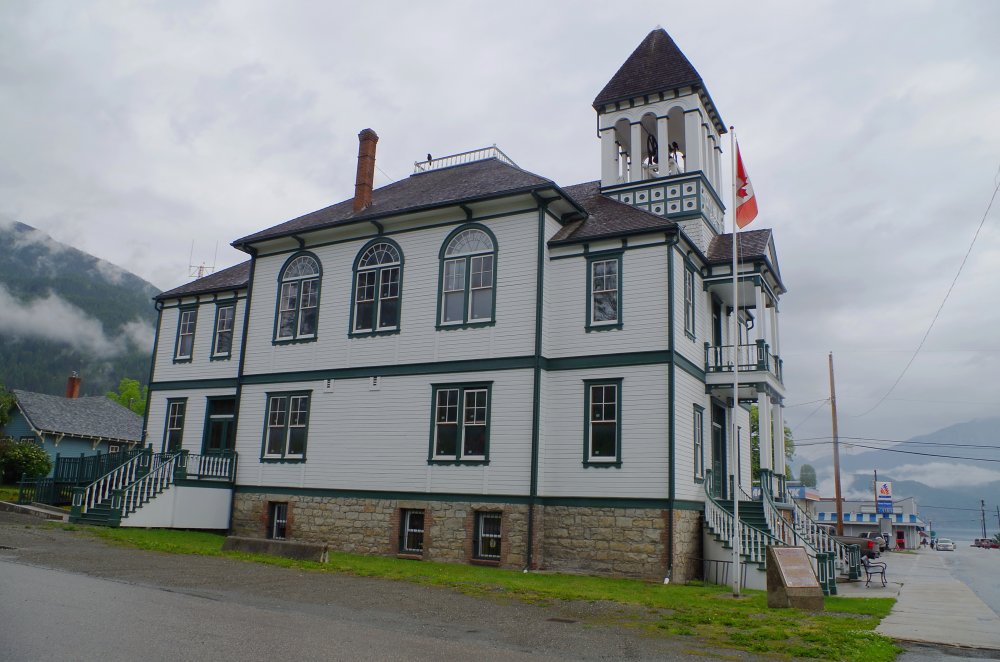 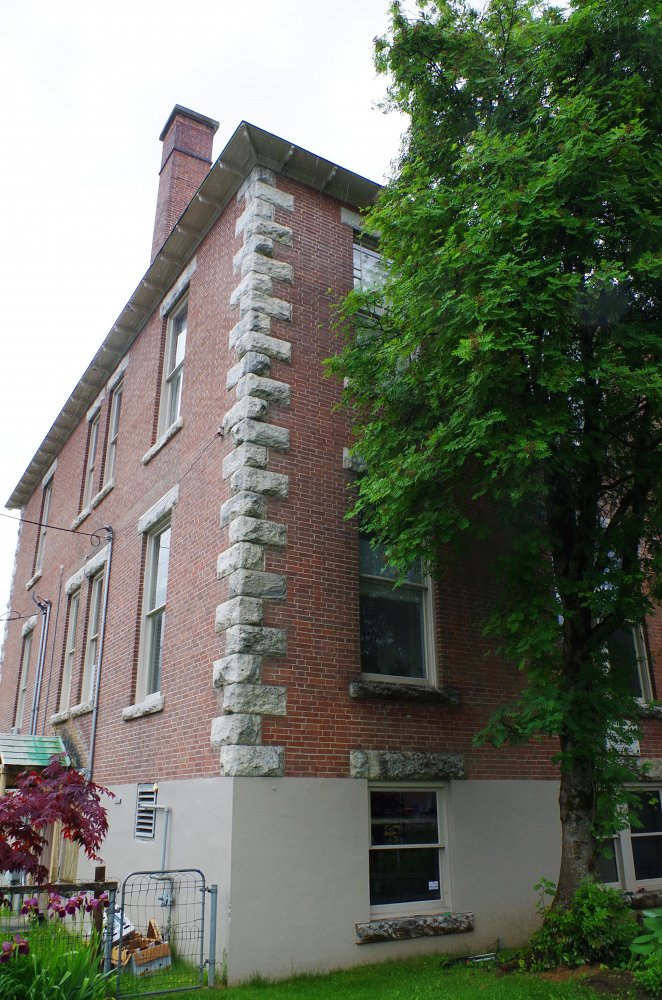