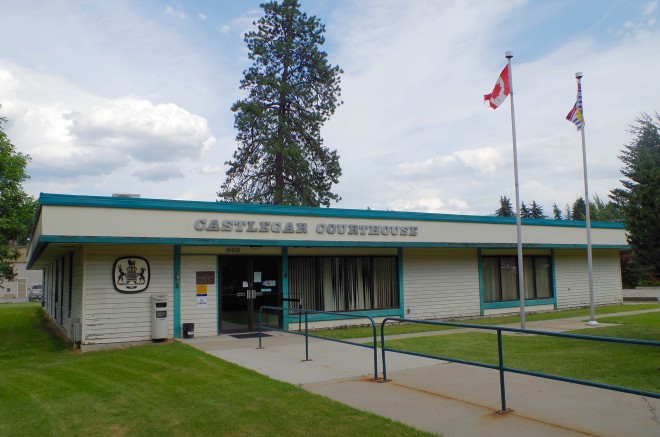 Castlegar is named for Castlegar in County Galway, Ireland, which was the home of the townsite founder Edward Mahon.

Location:  Castlegar is located in the south part of the Province.

Description:  The building faces west and is a one story wood frame and concrete structure. The building is located on landscaped grounds in the centre of Castlegar and is a square shape. The west front has two sets of four windows with the entrance on the north end. The flat roof line overhangs the building. On the centre of the roof is a raised section with horizontal windows. The building houses the Provincial Court.

Note:  During construction, the foreman was Alex Markin and his son Phil Markin was the construction estimator. 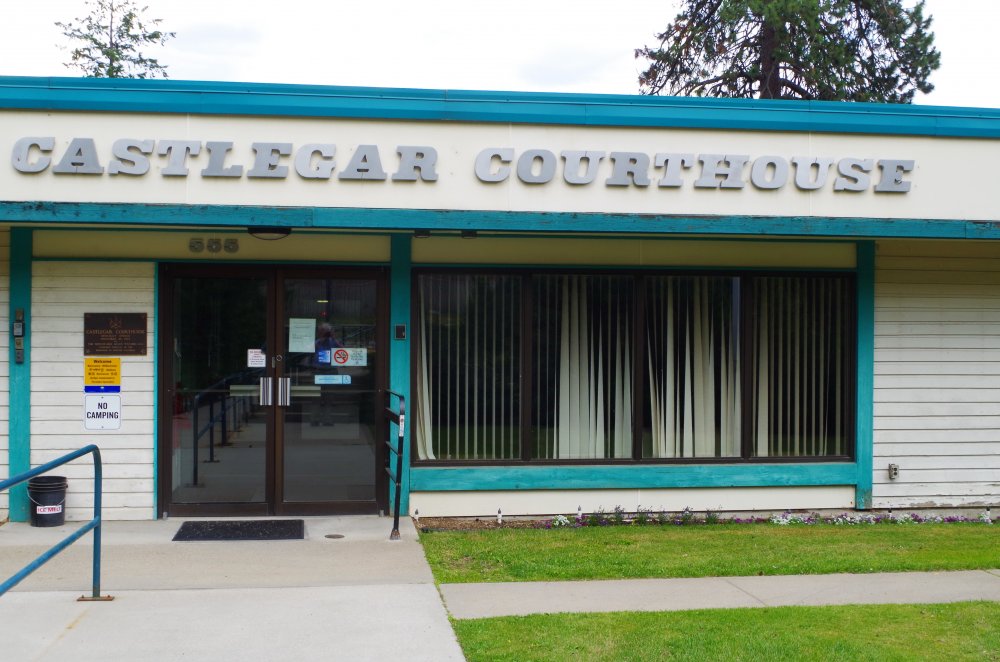 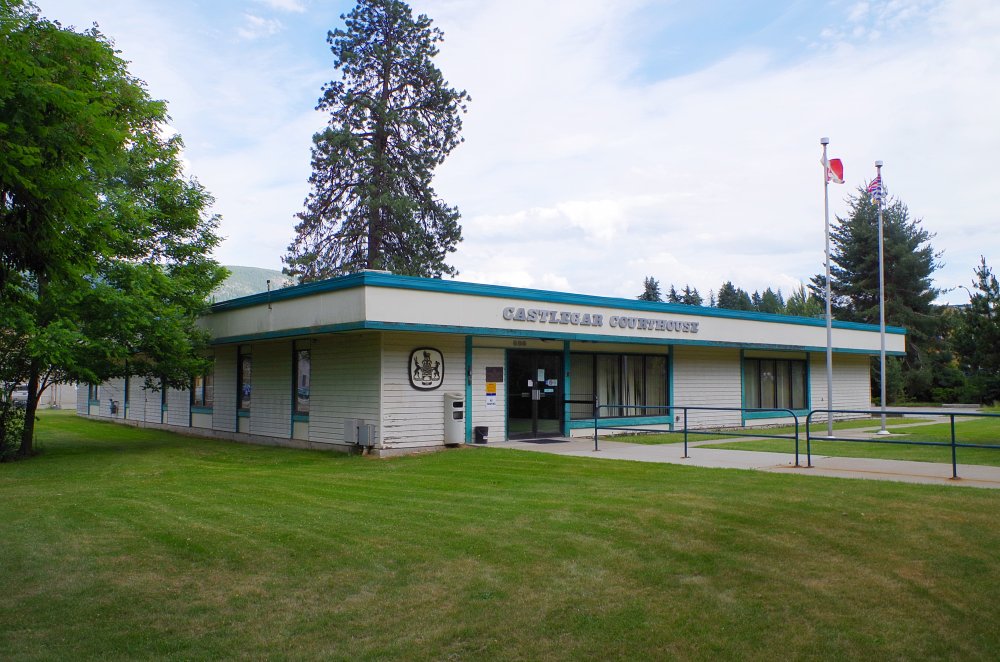 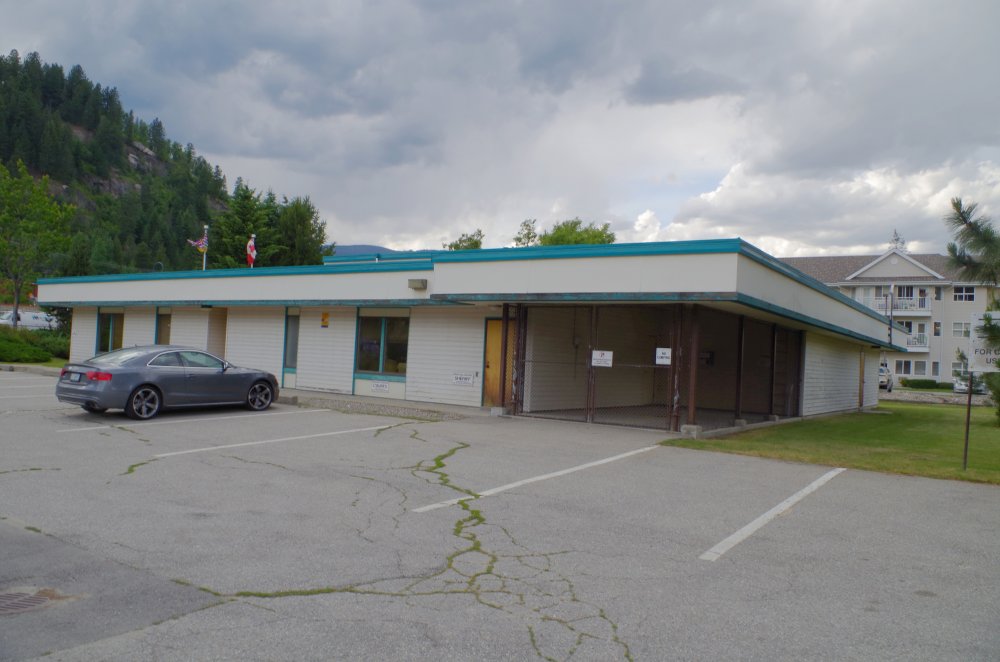 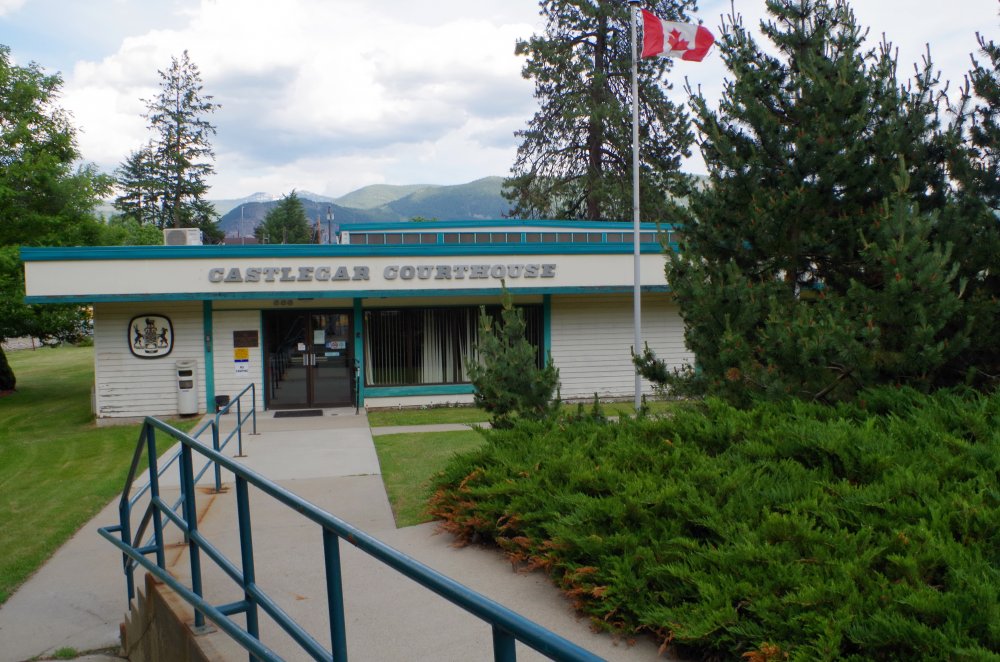 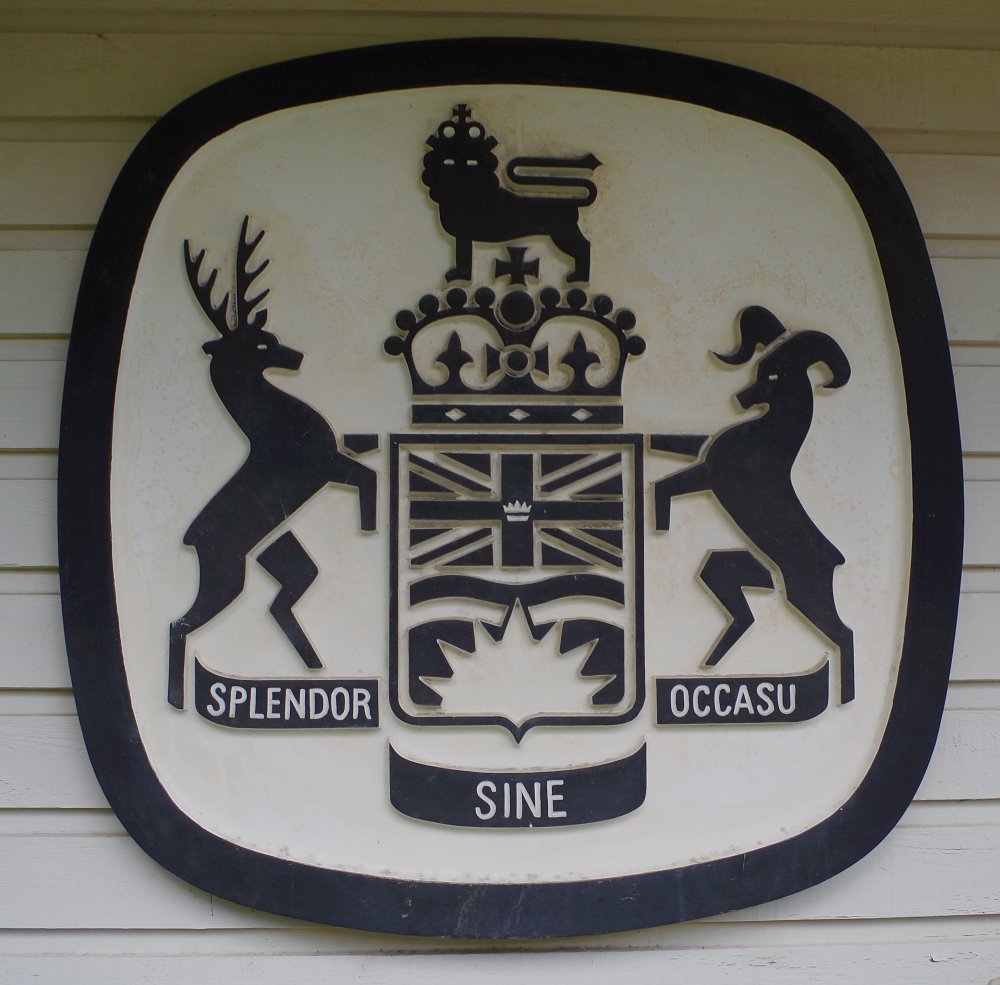 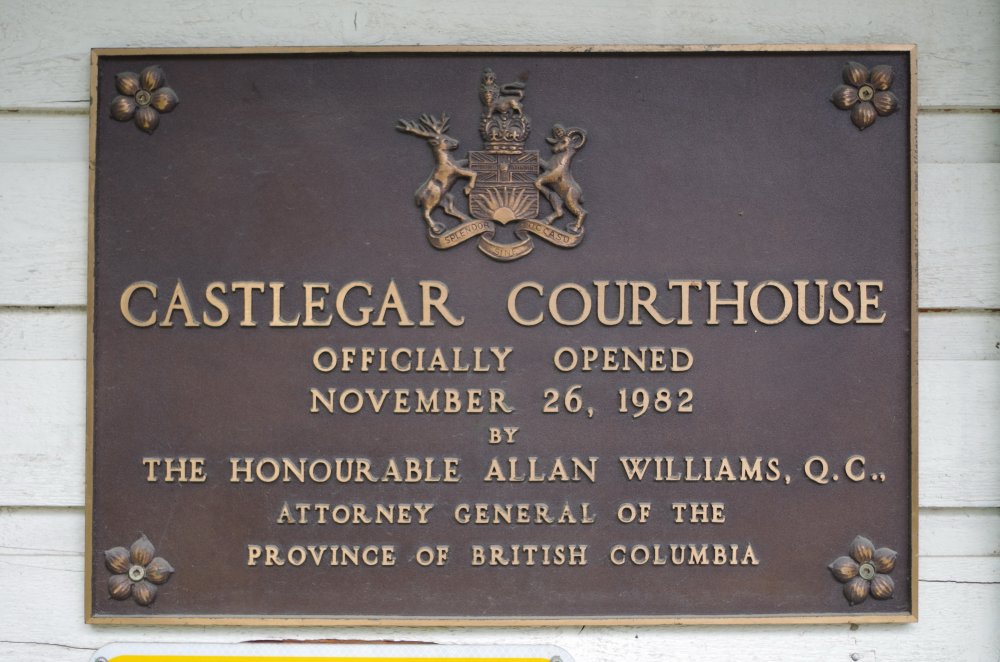