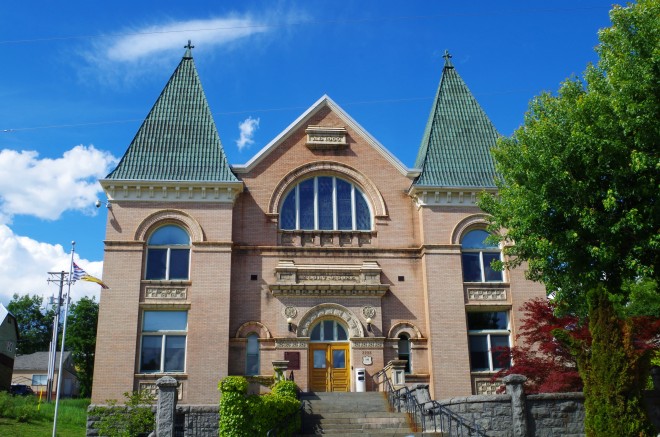 Rossland is named for Ross Thompson, who was a miner who staked a claim in 1890.

Location:  Rossland is located in the south central part of the Province.

Description:  The building faces south and is a two story buff coloured brick and concrete structure. The building sits on the side of a hill with landscaped grounds in the centre of Rossland. Constructed of buff coloured brick over a stone basement, the building’s distinctive design incorporates projecting tower sections on all four corners, three of which are crowned by steep tile-clad pyramidal roofs. The south front has a central arched entrance with large arched window on the second story. There are timber beam ceilings and stained glass windows. The building houses the Supreme Court and the Provincial Court.

Note:  The cost of construction of the courthouse was $38,500. W MacKenzie and J Hagan were the masons during construction. 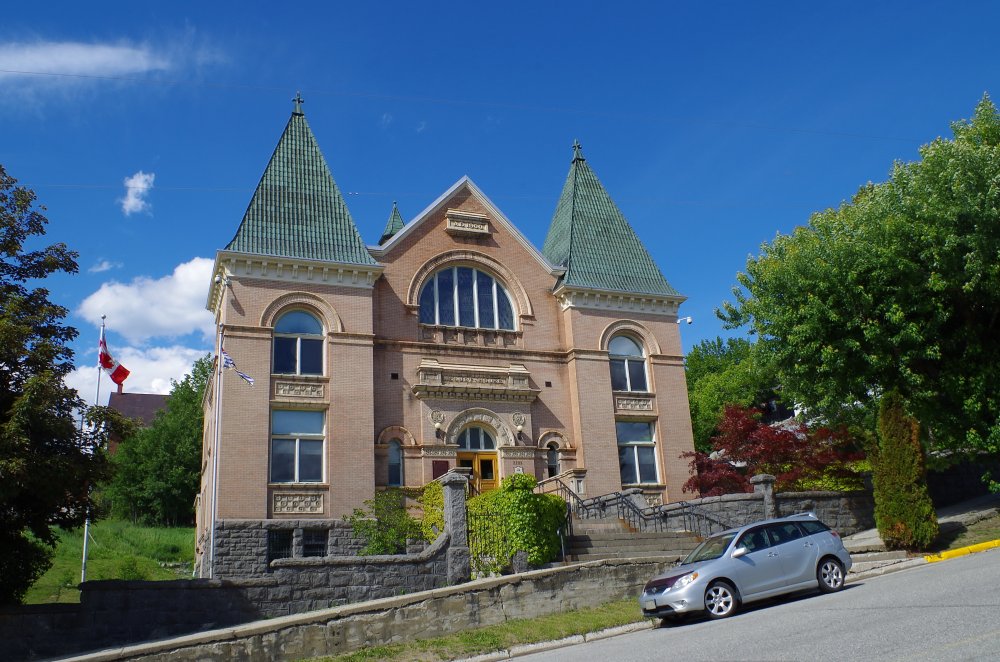 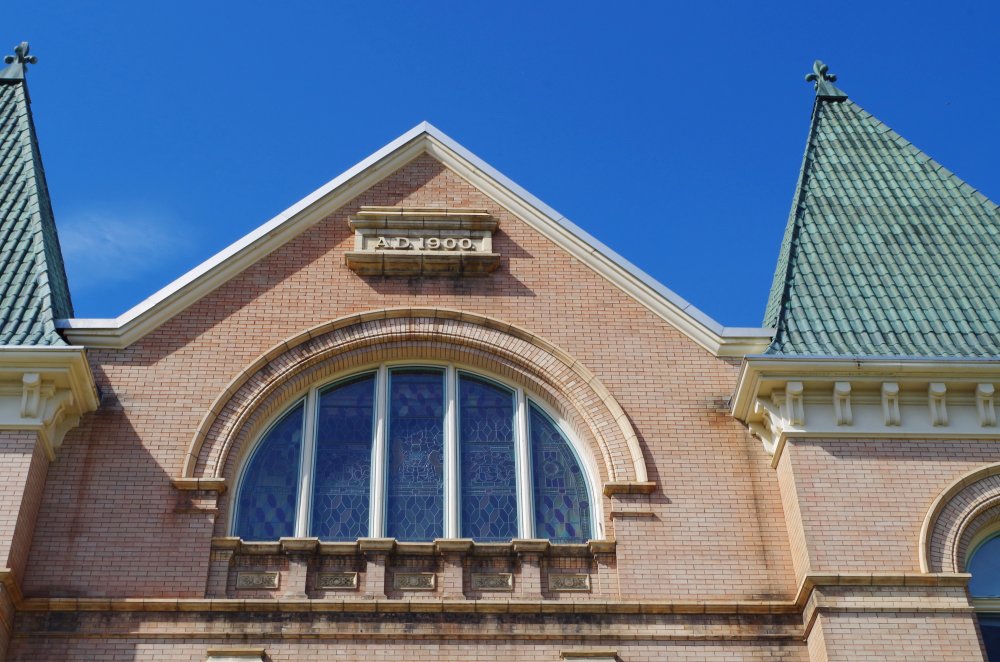 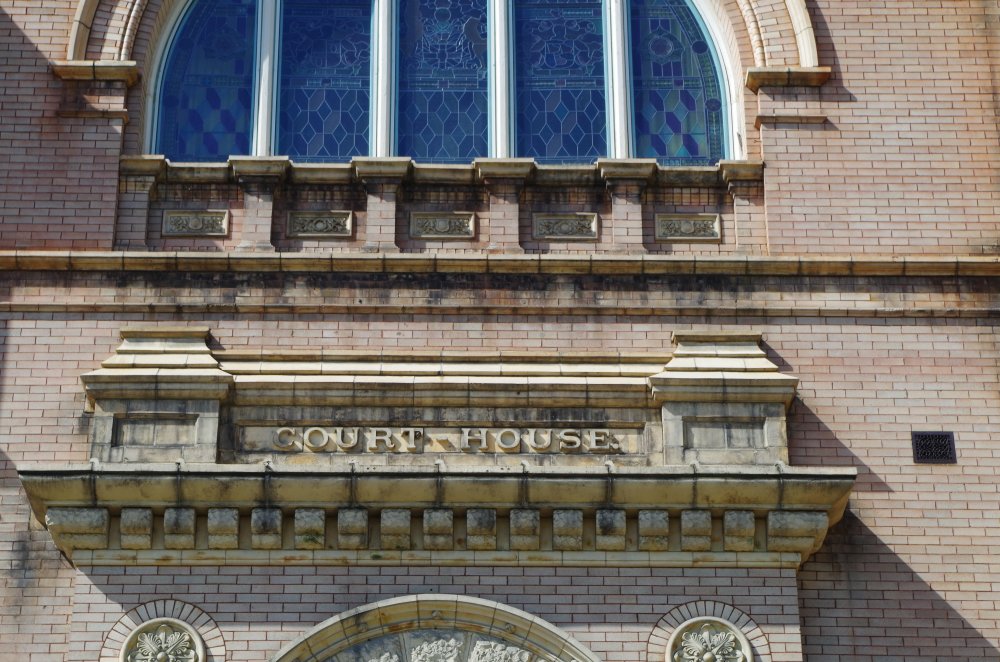 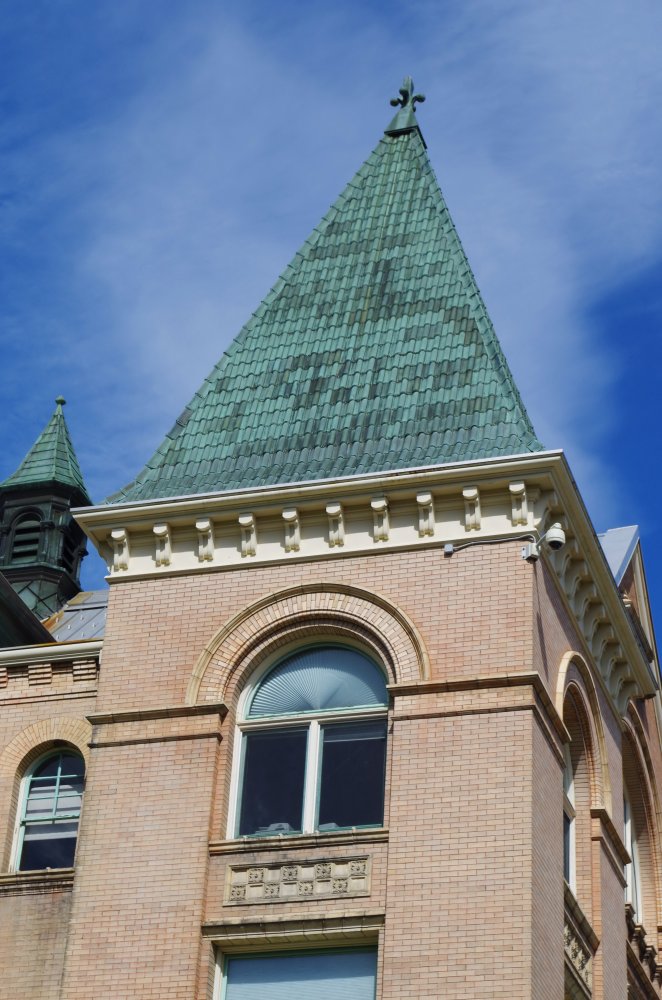 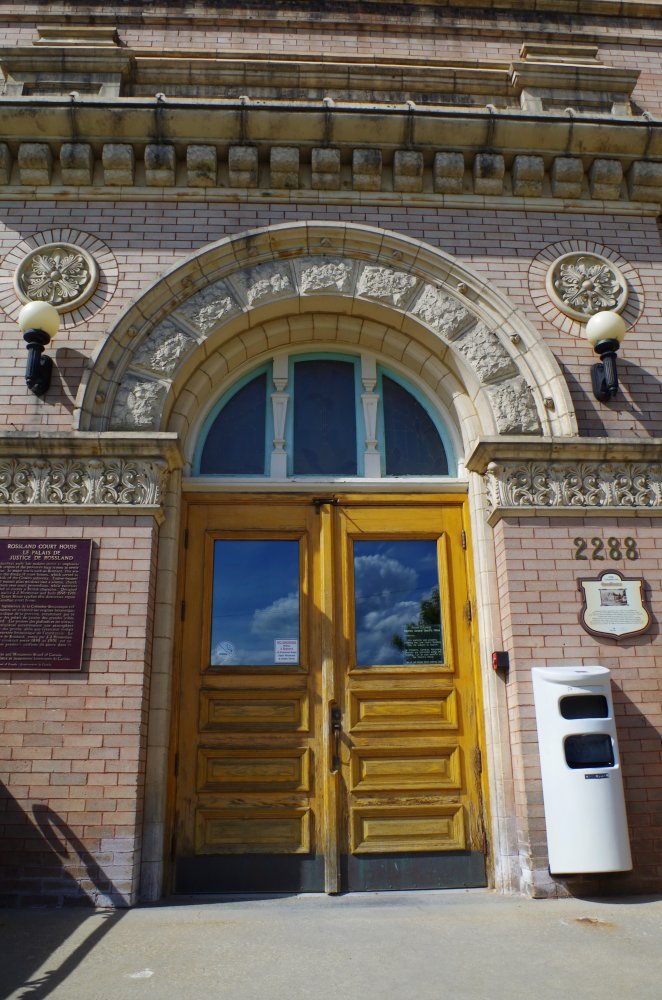 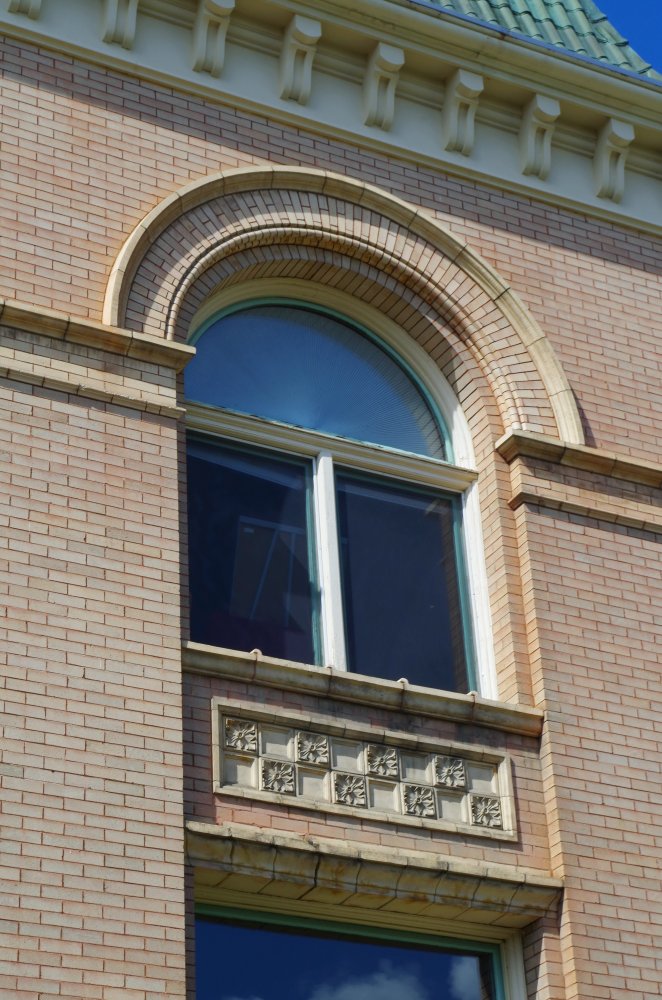 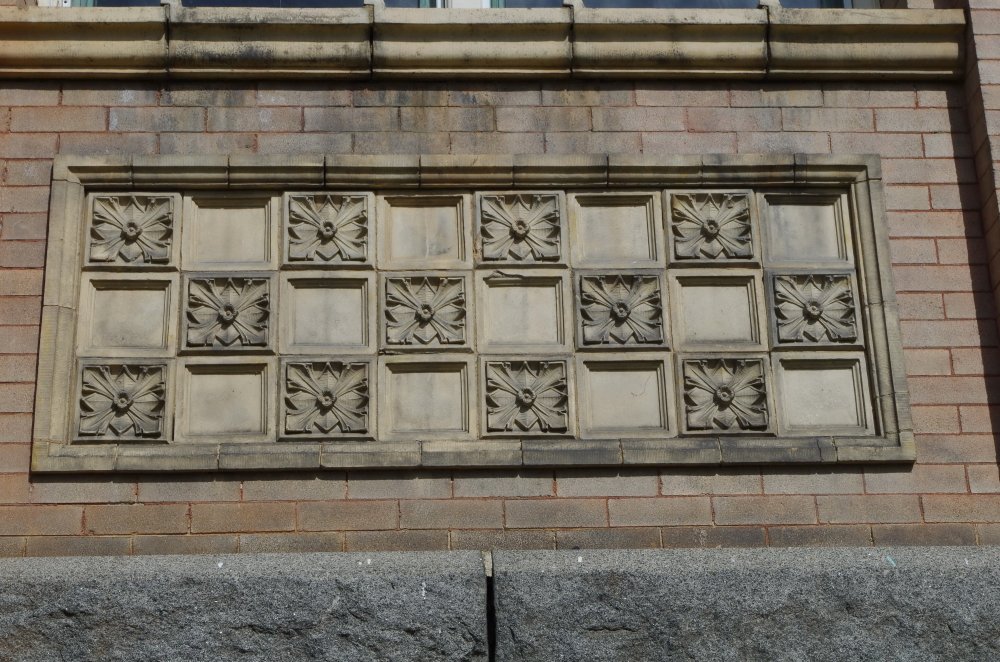 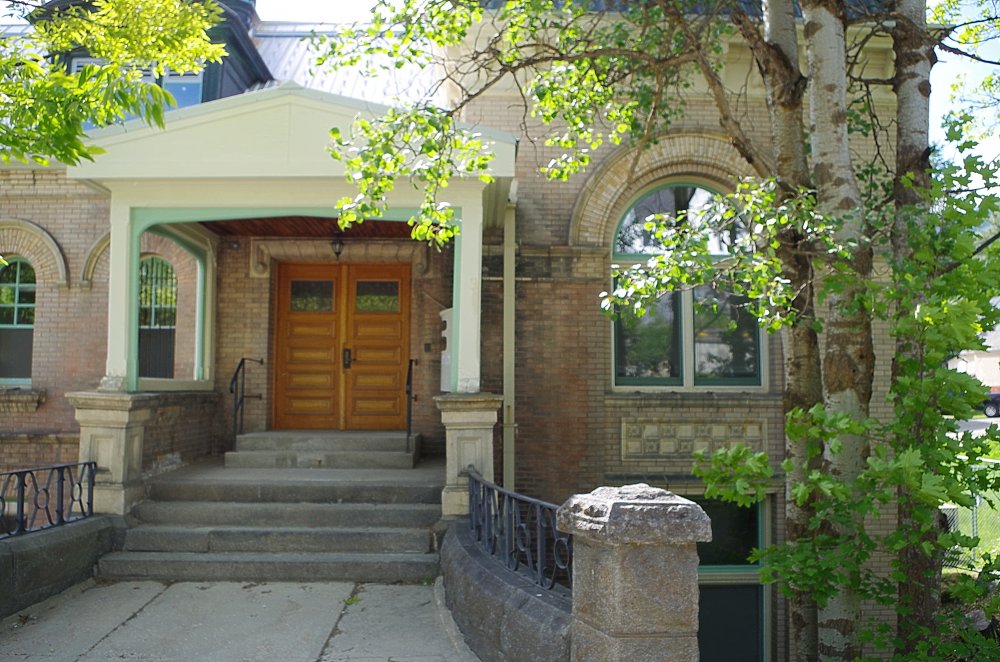 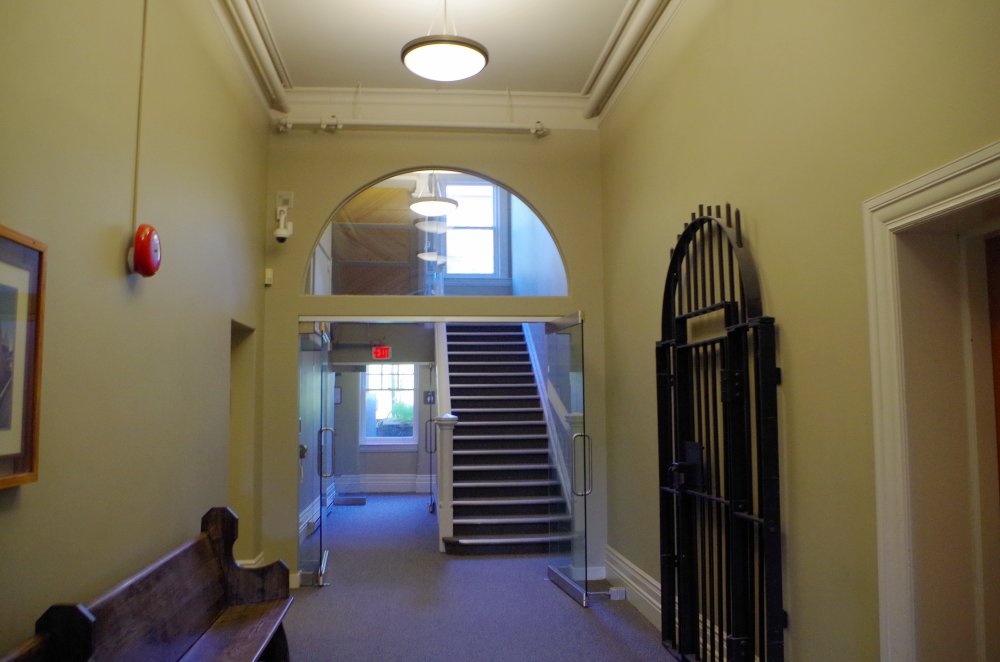