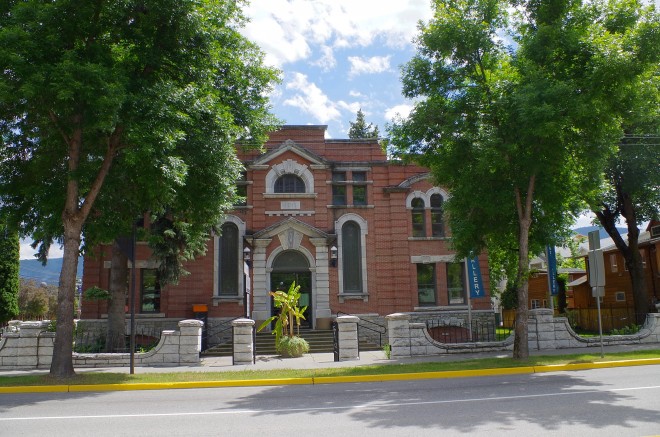 Grand Forks is named for the confluence of the Granby River and the Kettle River which a tributary of the Columbia River.

Location:  Grand Forks is located in the southern part of the Province.along the United Stated border,.

Description:  The building faces north and is a two story red coloured brick, stone and concrete structure. The building is located on landscaped grounds. The north front has a stone framed arched entrance on the first story. The foundation is course grey coloured stone. The building was constructed with local lumber, brick and marble, and the surrounding wrought iron fence was fabricated by a Grand Forks blacksmith, Mr. Mooybauer. White marble stone trim was purchased from a local quarry. Inside, feature details include stained glass windows, vintage wood work and an imposing floor mosaic in the entrance hall. The building is now the Grand Forks Art Gallery. 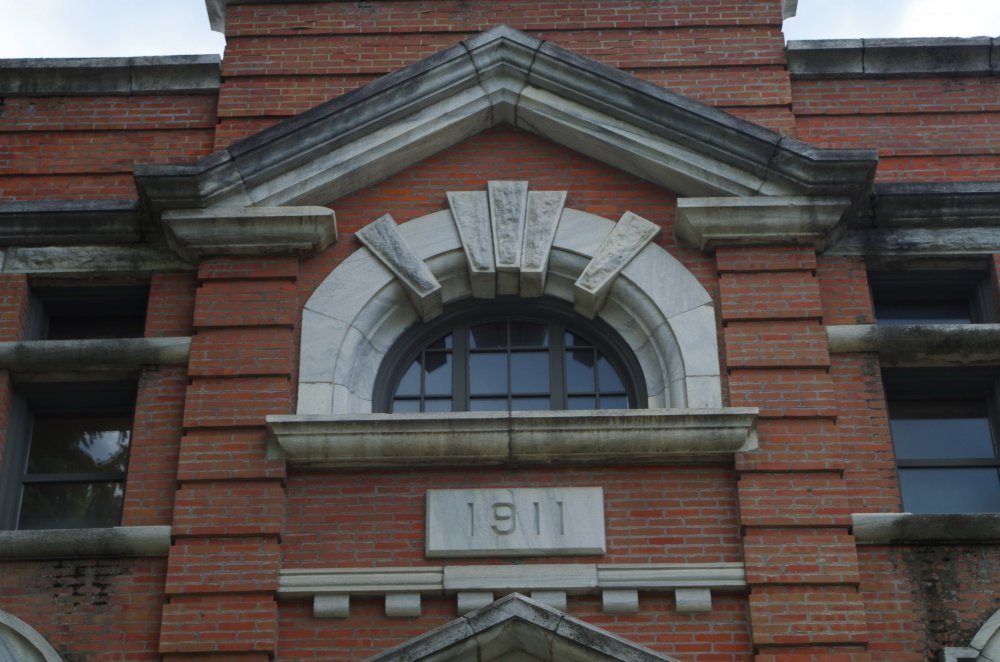 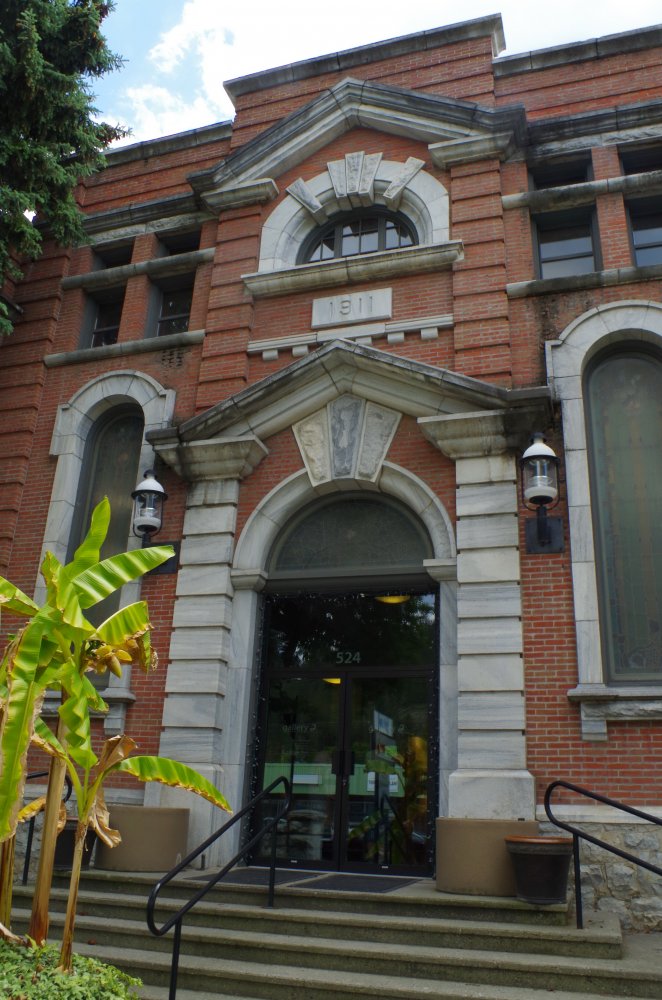 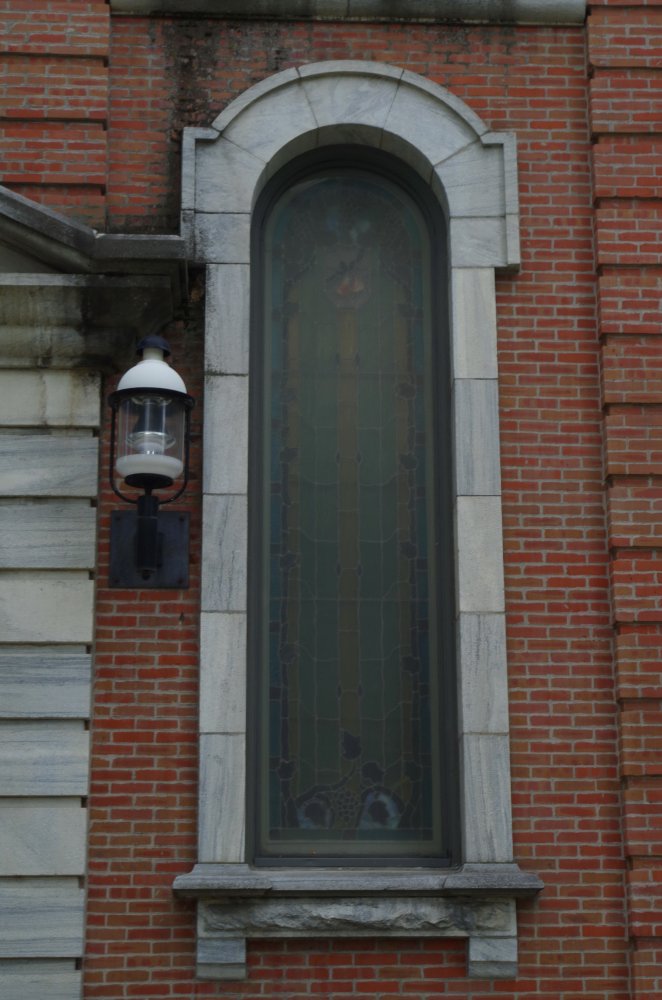 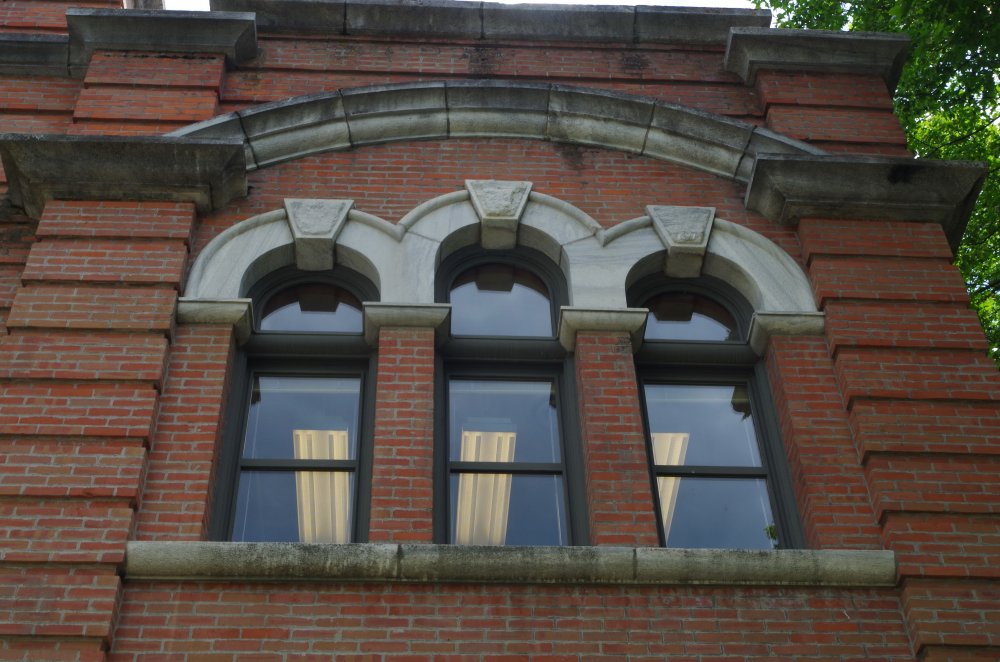 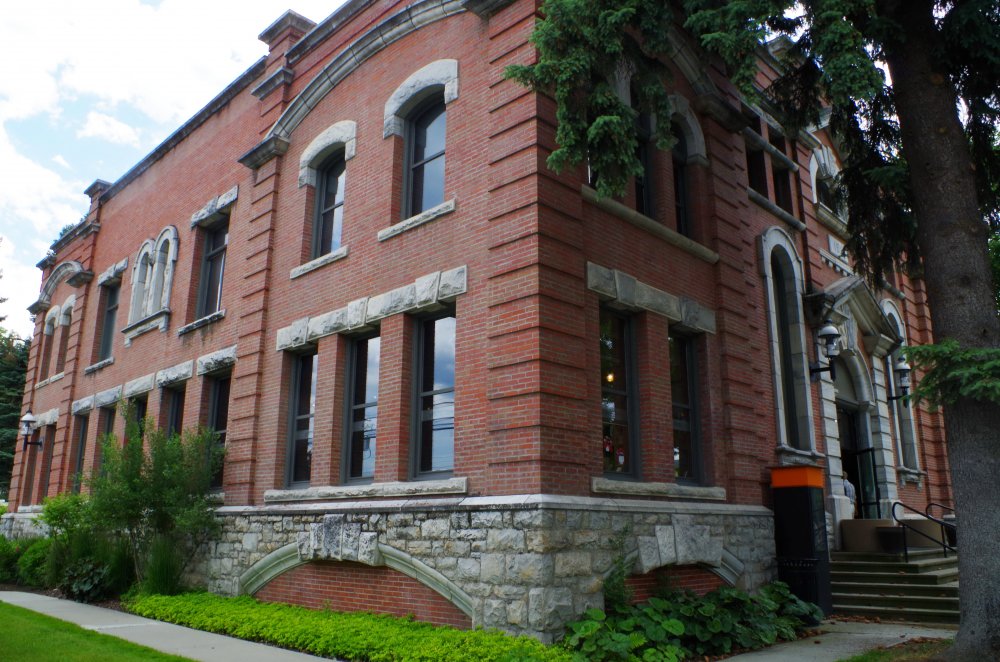 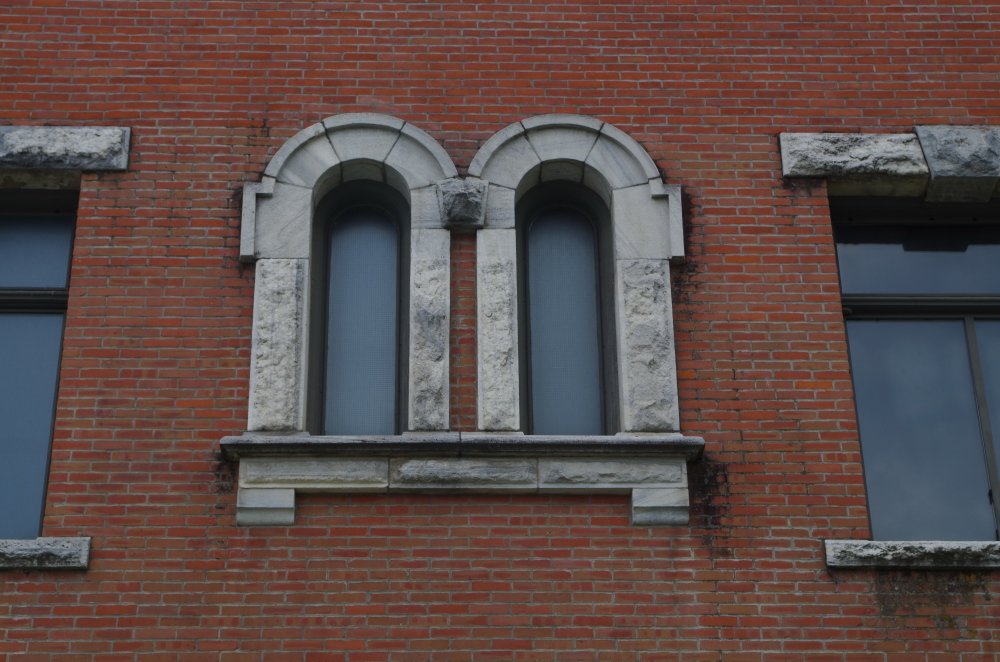 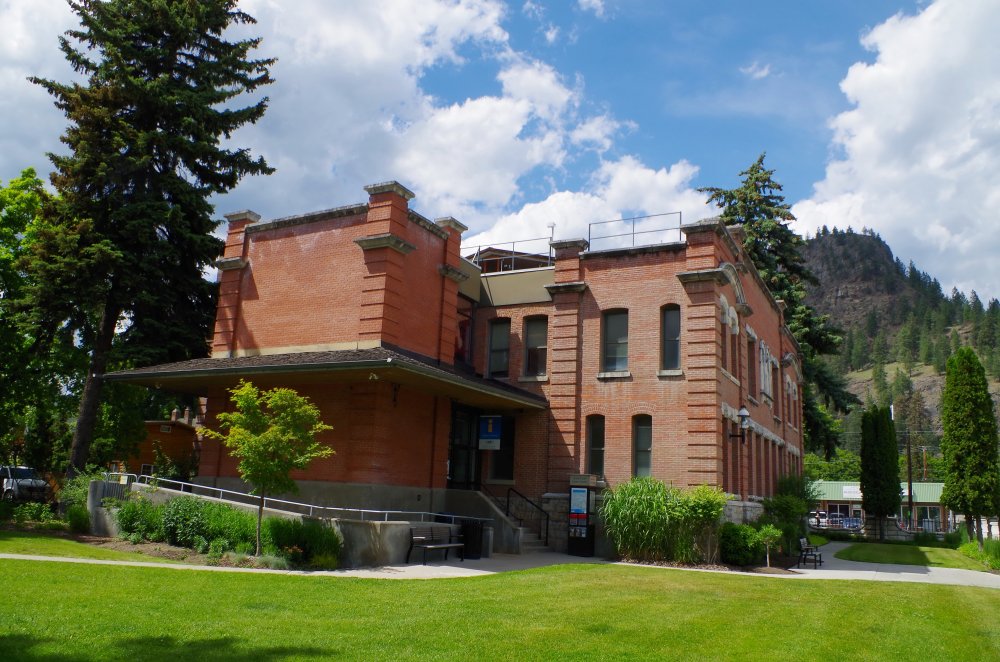 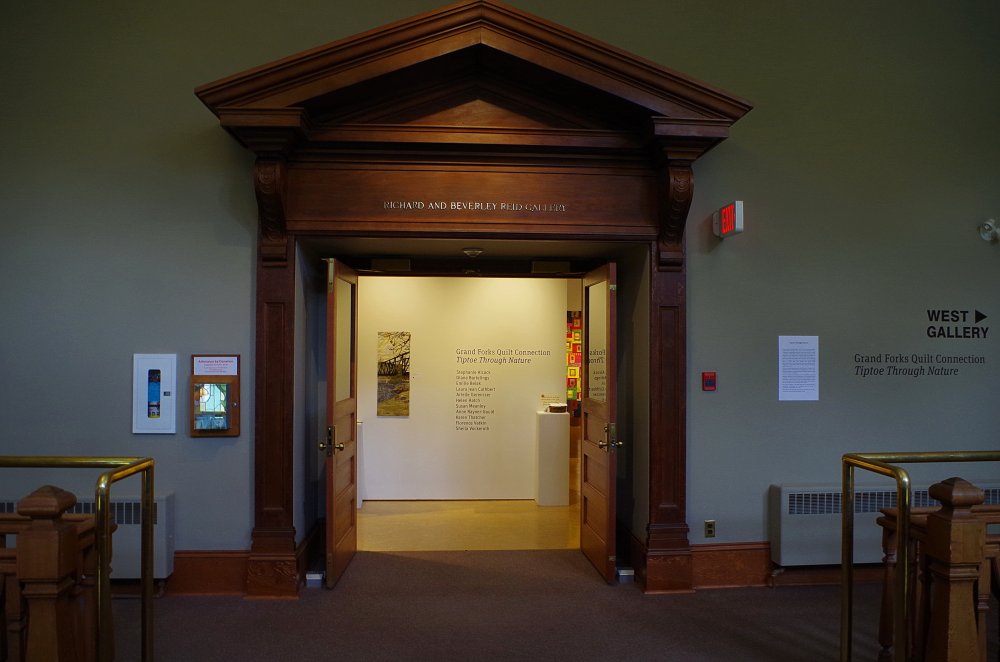 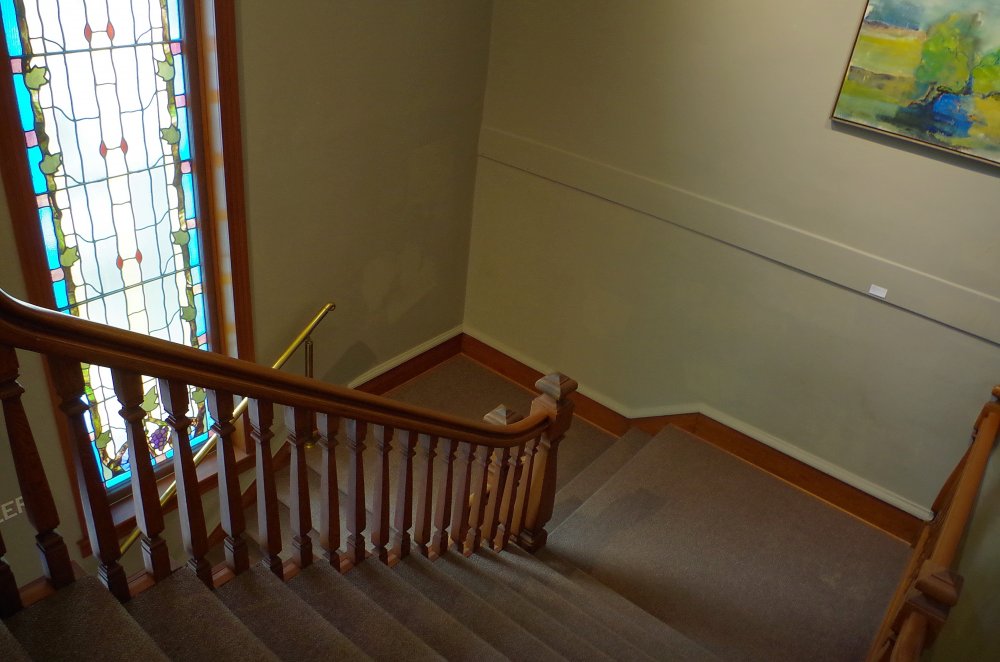 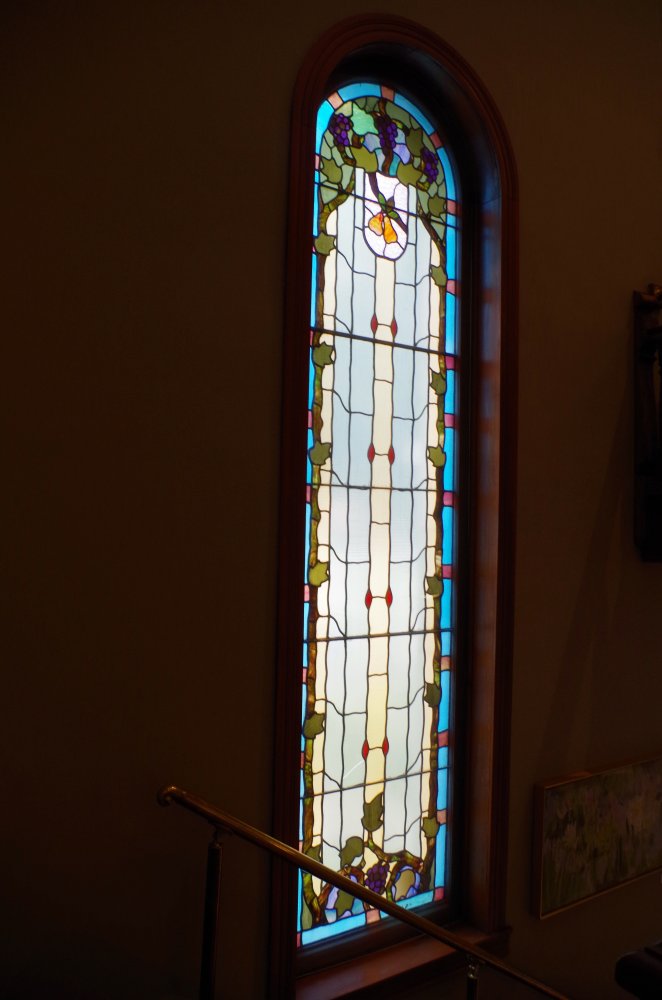 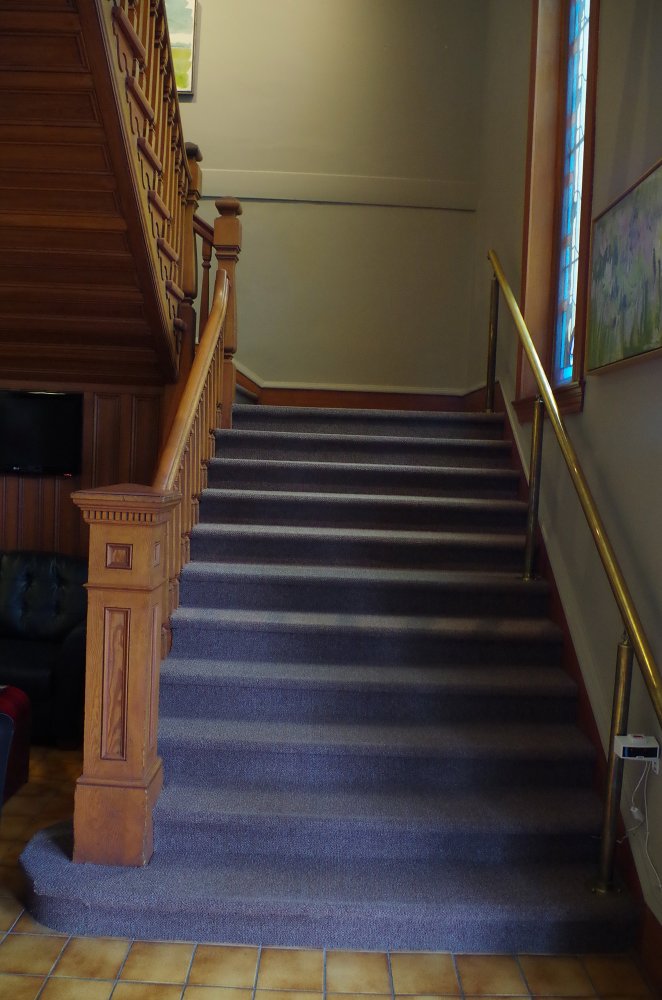