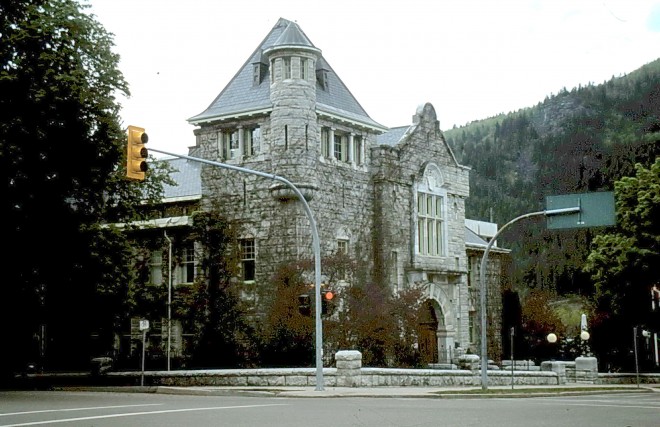 Nelson is named for Hugh Nelson, who was the Lieutenant Governor of British Columbia.

Location:  Nelson is located in the south central part of the Province.

Note:  The cost of construction was $109,145. The architect, F M Rattenbury, also designed the British Columbia Parliament Building and the Empress Hotel in Victoria. The Contractor W G Gillett, who was Mayor of Nelson from 1906 to 1907, used Kootenay marble quarried from his own Kaslo site for the construction. He employed British Columbia Douglas Fir for the interior woodwork, and the roof was constructed of slate taken from the west coast.

Note:  The previous courthouse was designed by A M Muir. 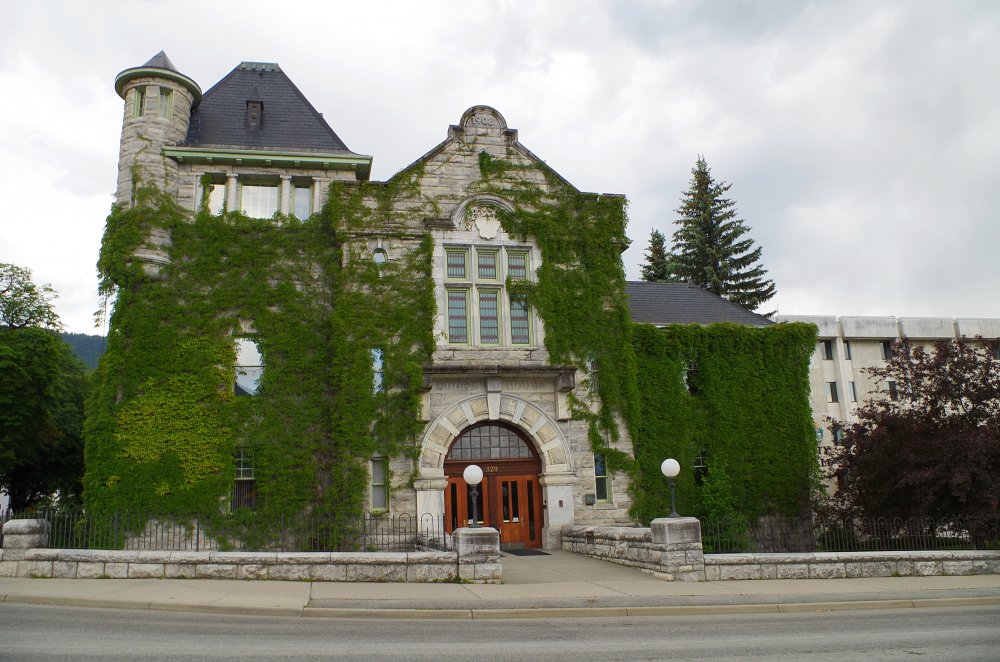 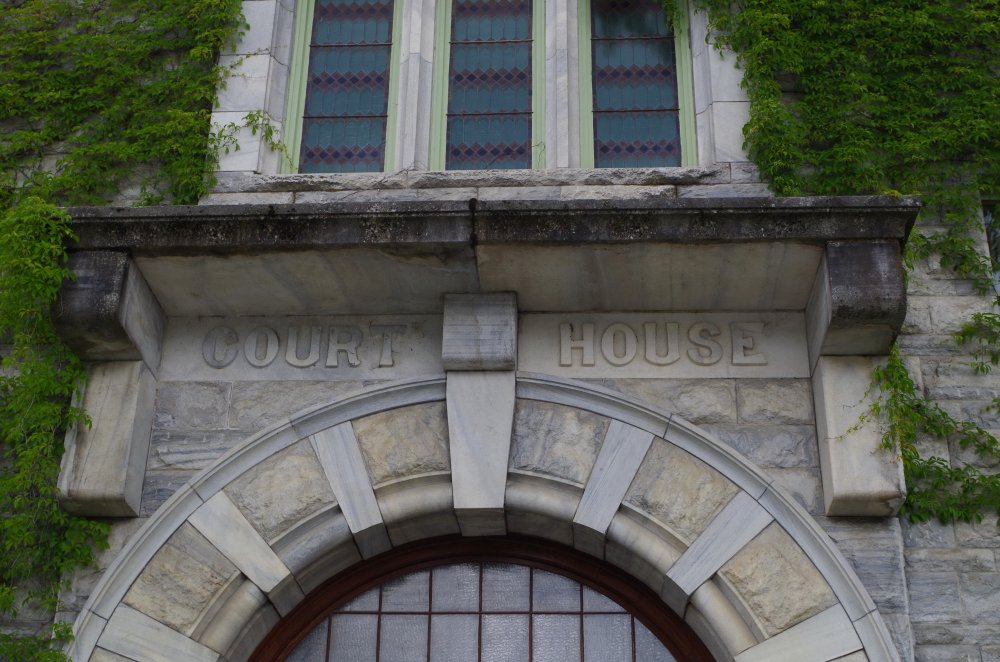 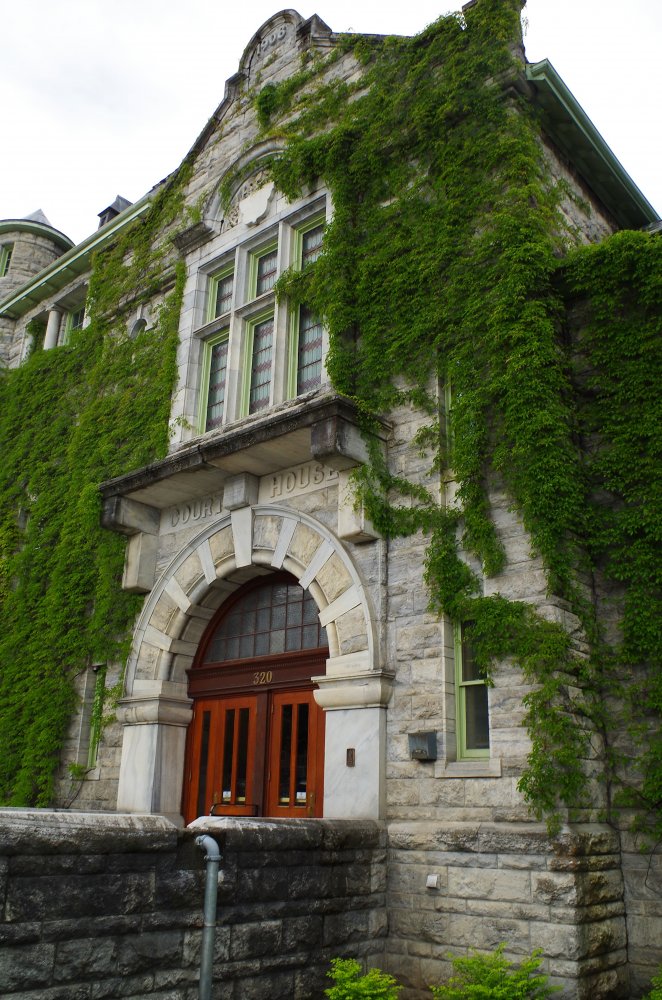 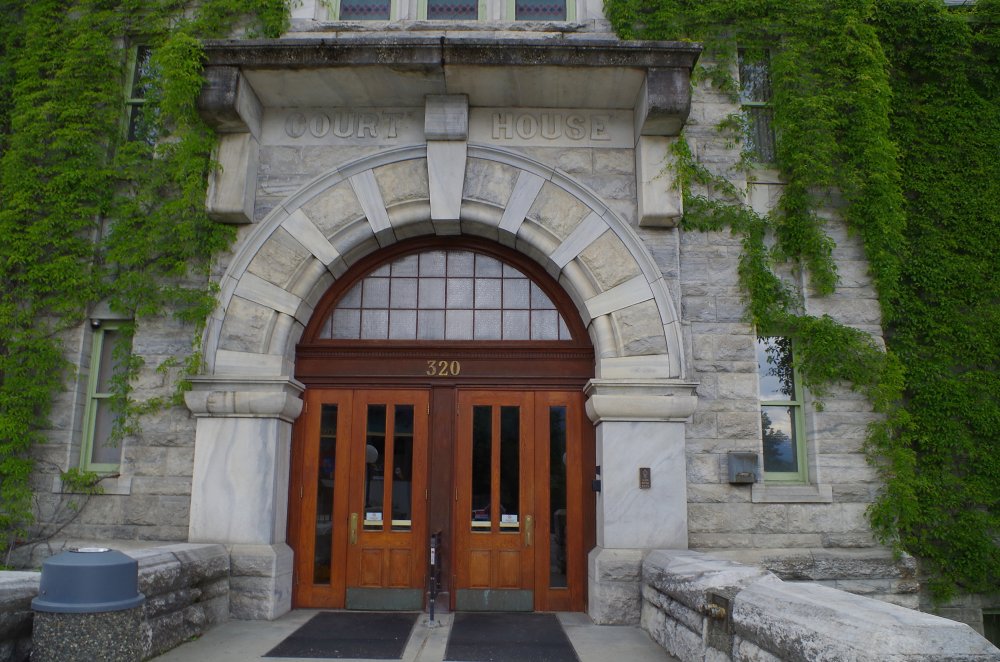 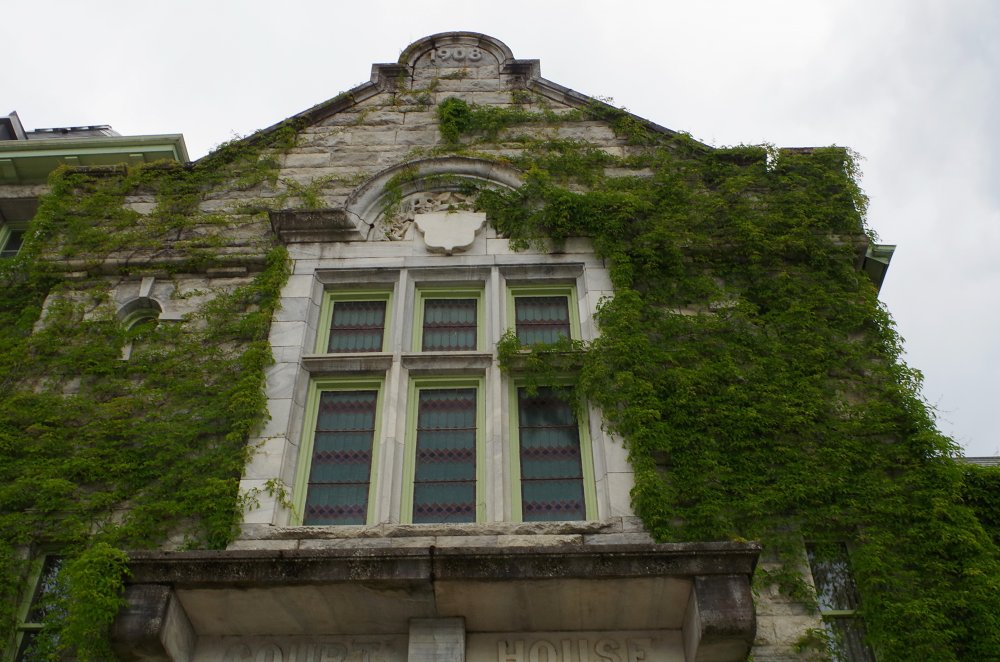 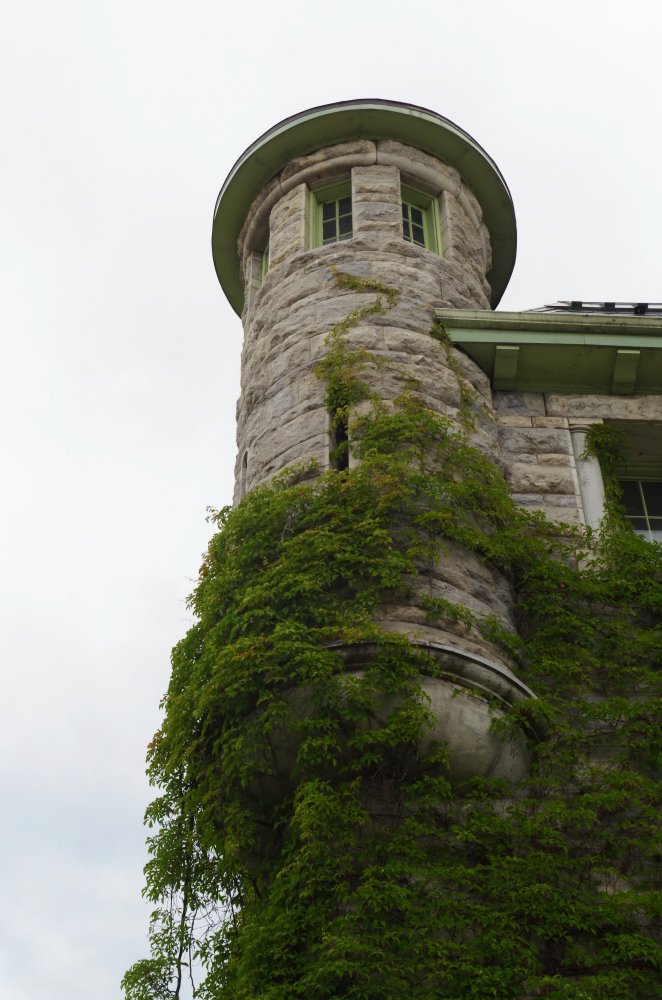 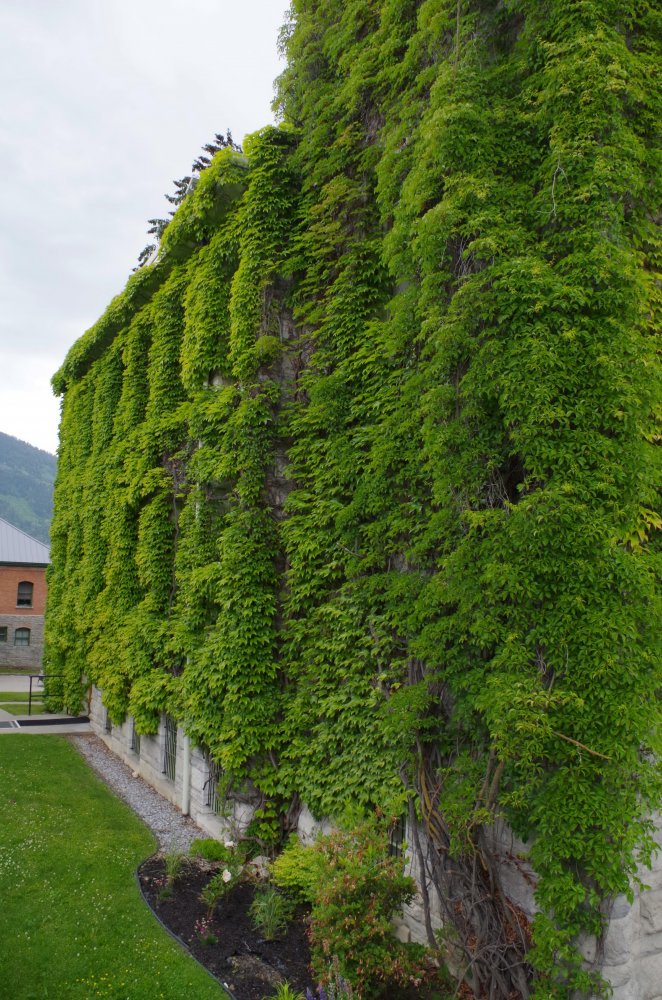 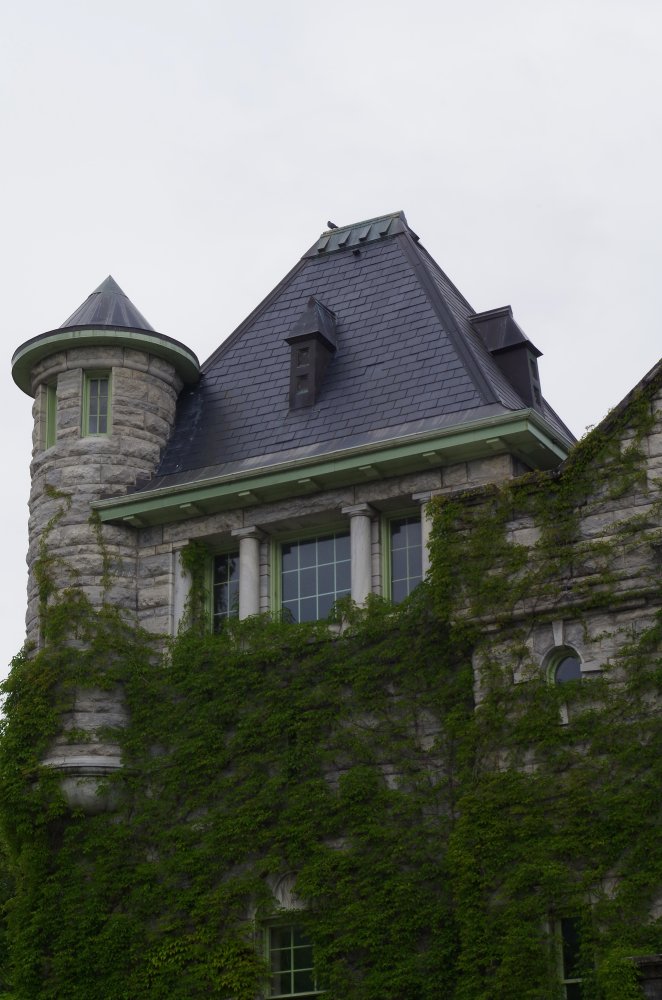 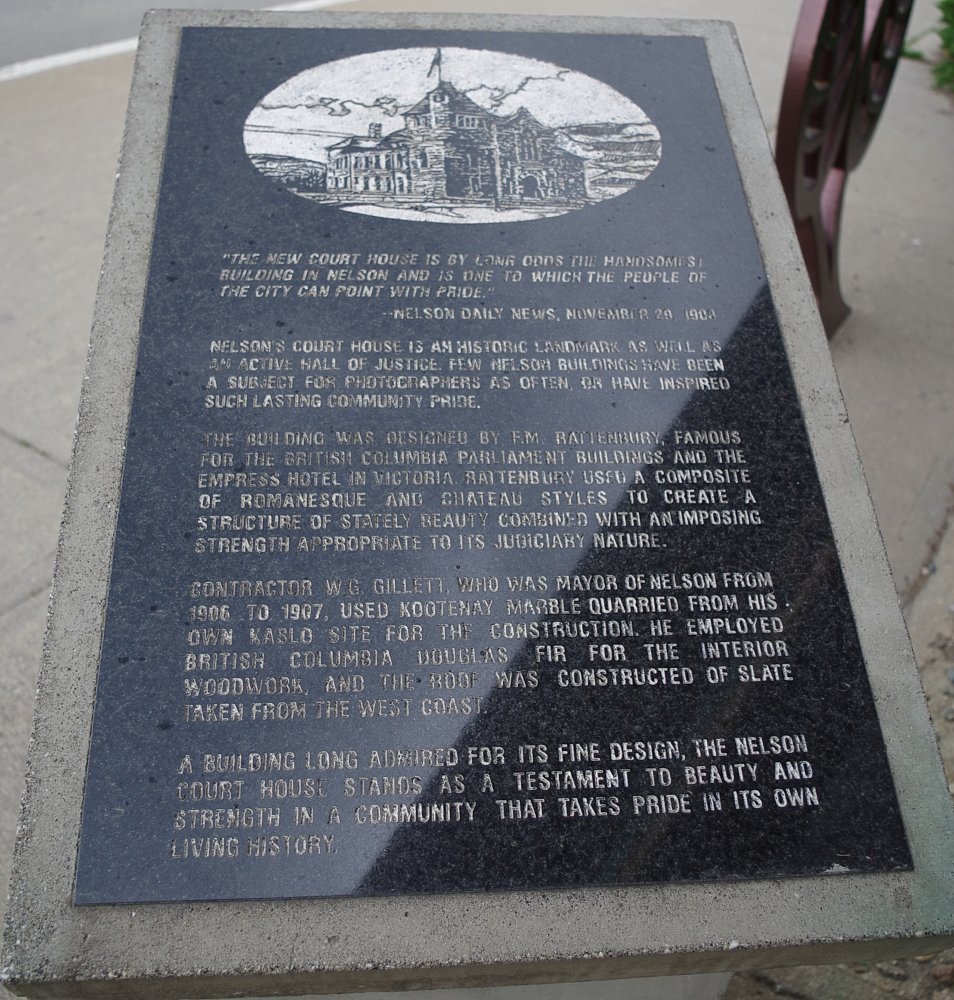