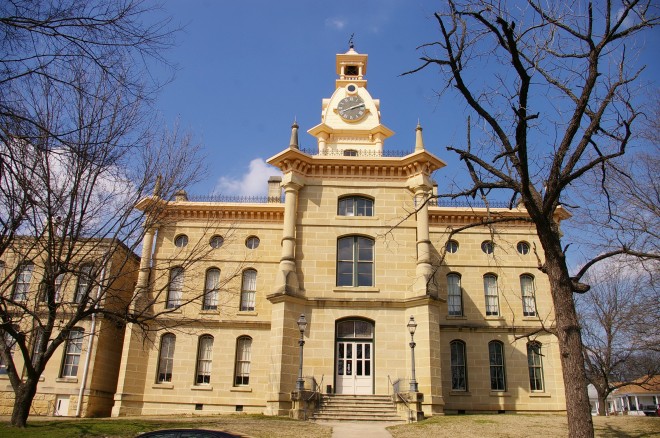 Description:  The building faces south and is a two story buff colored stone structure. The building is located on landscaped grounds in the center of Clarksville. The building has arched narrow windows on the first story and second story with round windows above. There is a wide cornice at the roof line. On the center of the roof is a large square cupola with clock and smaller cupola at the top. The building was restored in 2002. On the second story is a large courtroom. On the west side is a separate annex designed by Glenn Brothers and built in 1910. 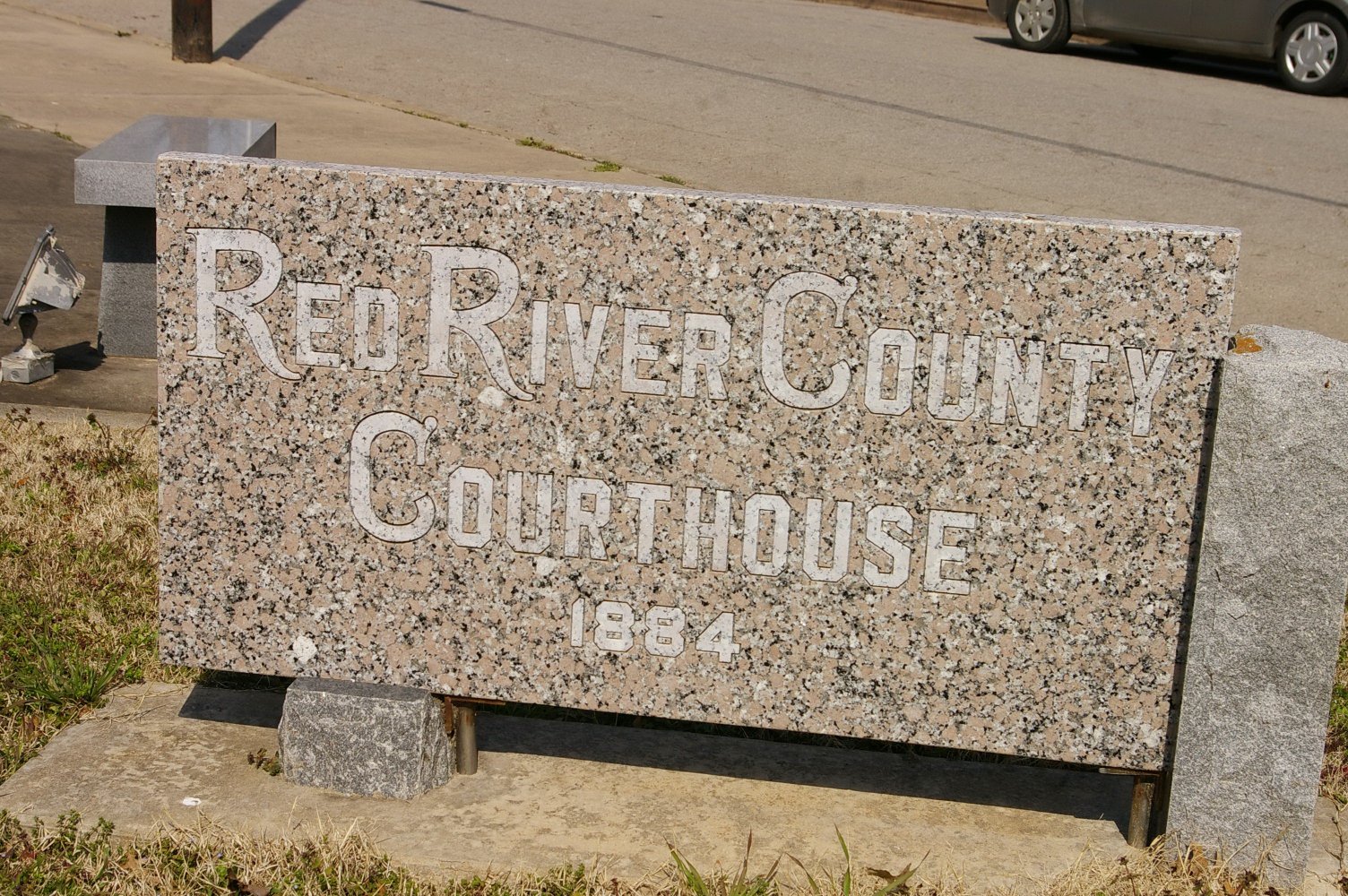 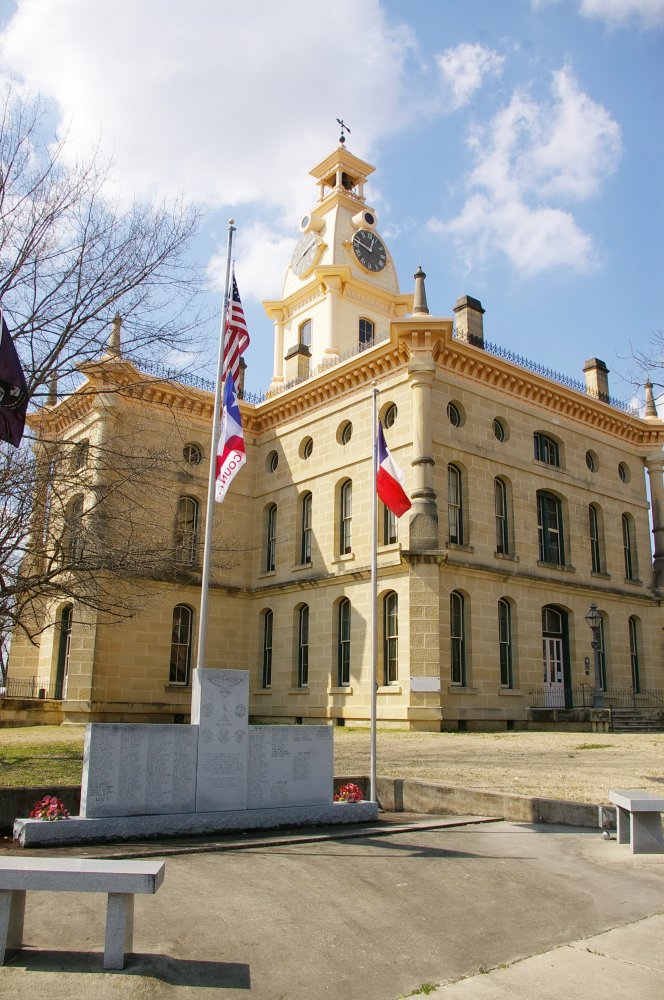 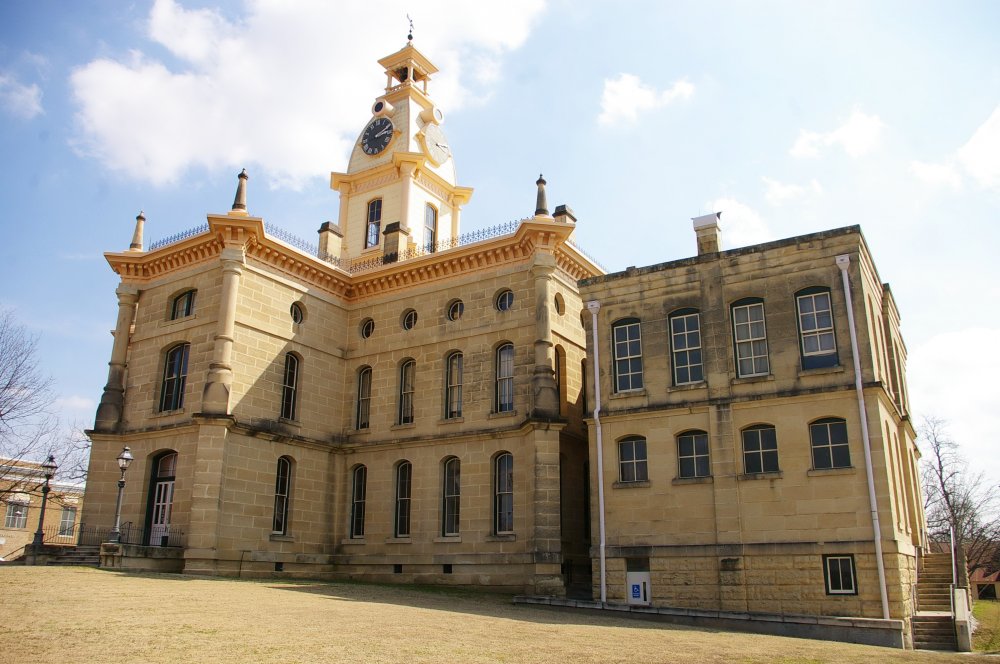 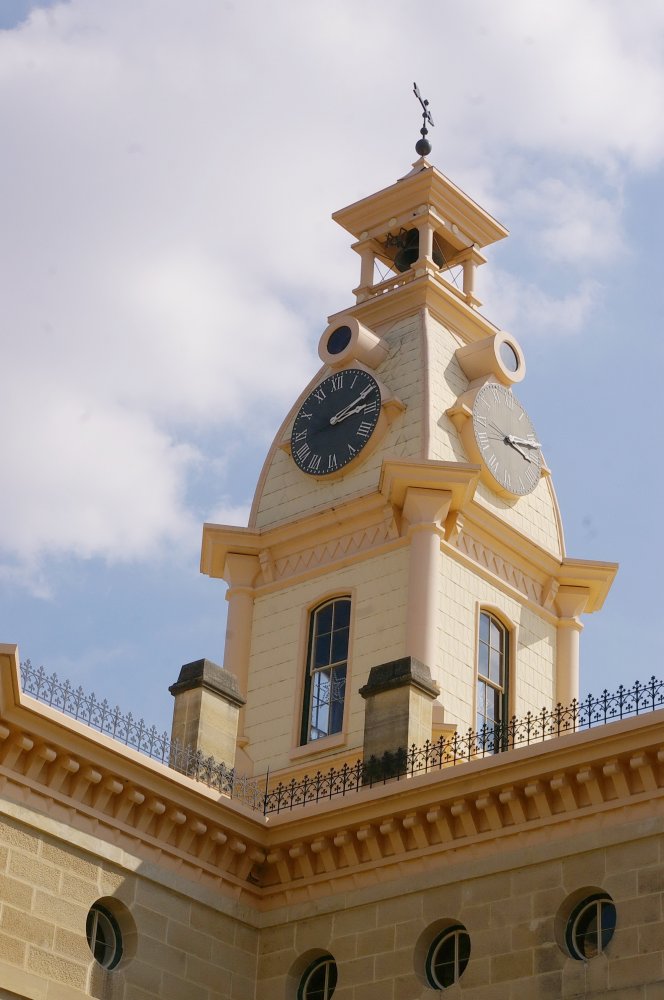 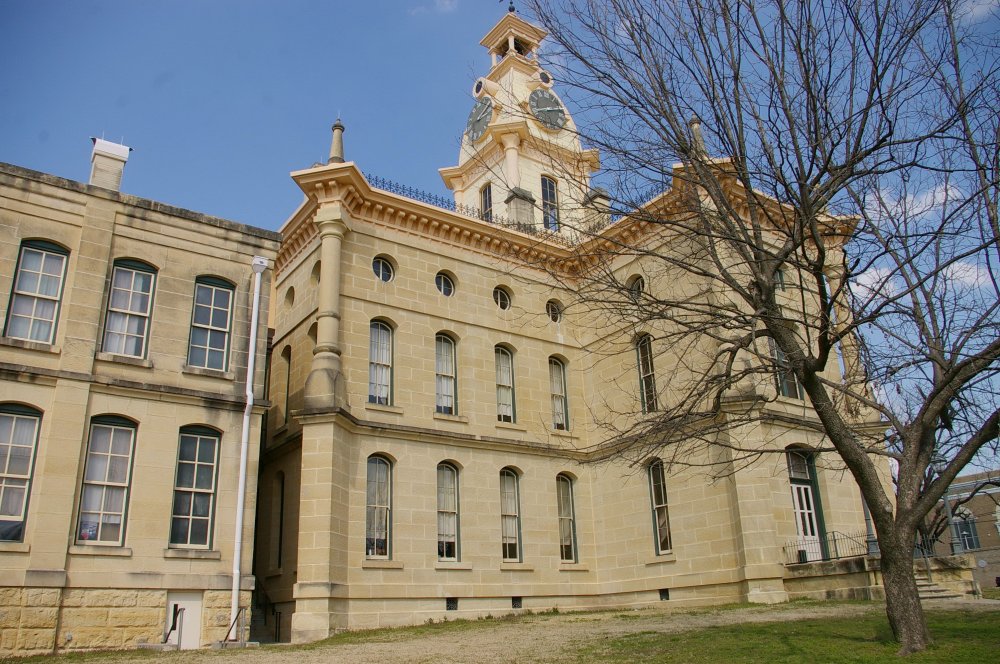 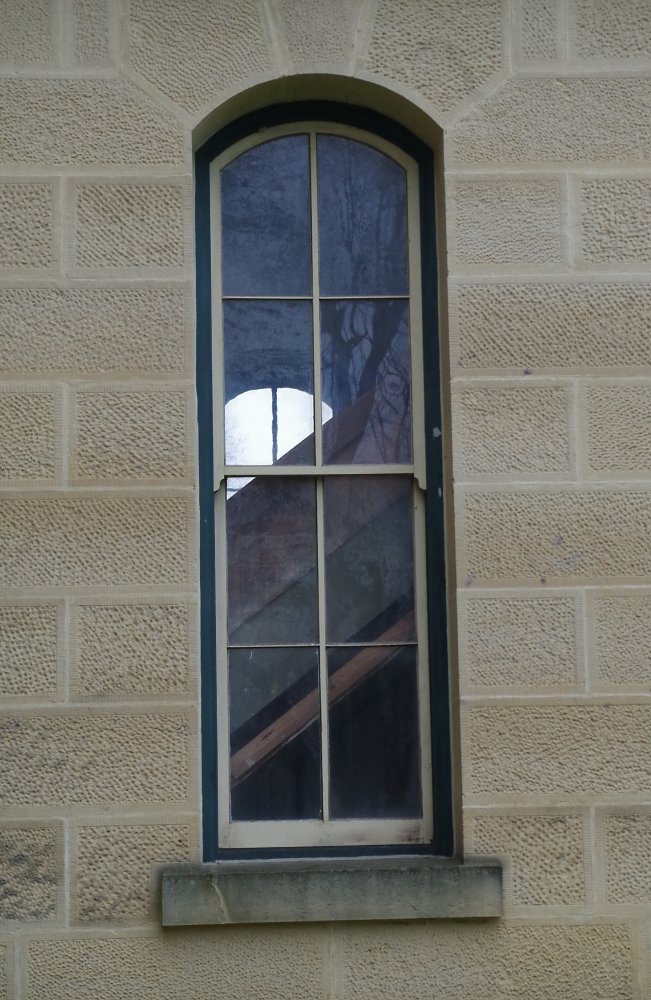 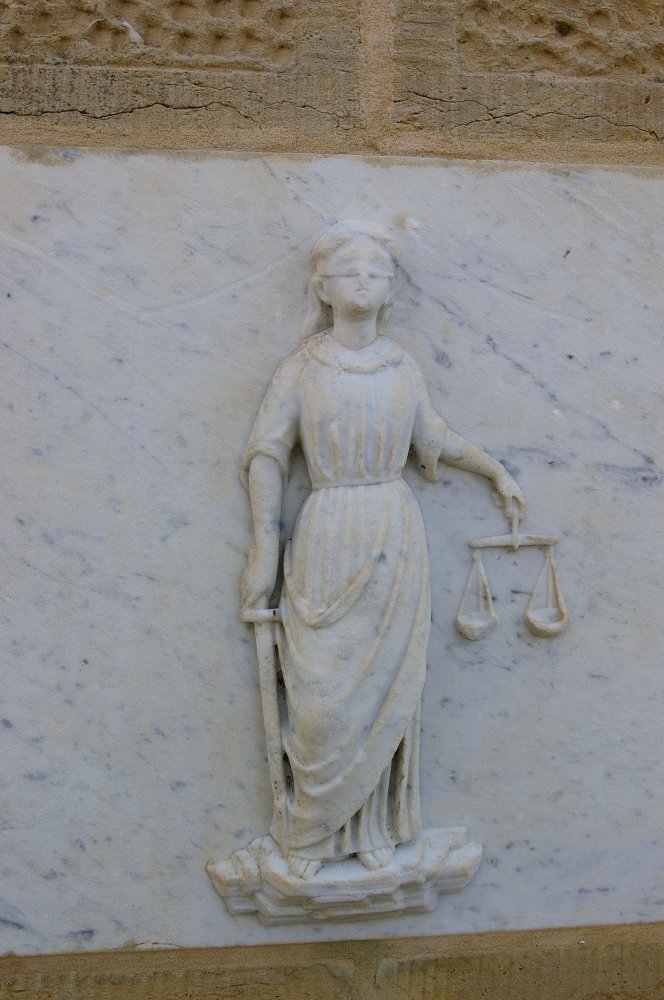 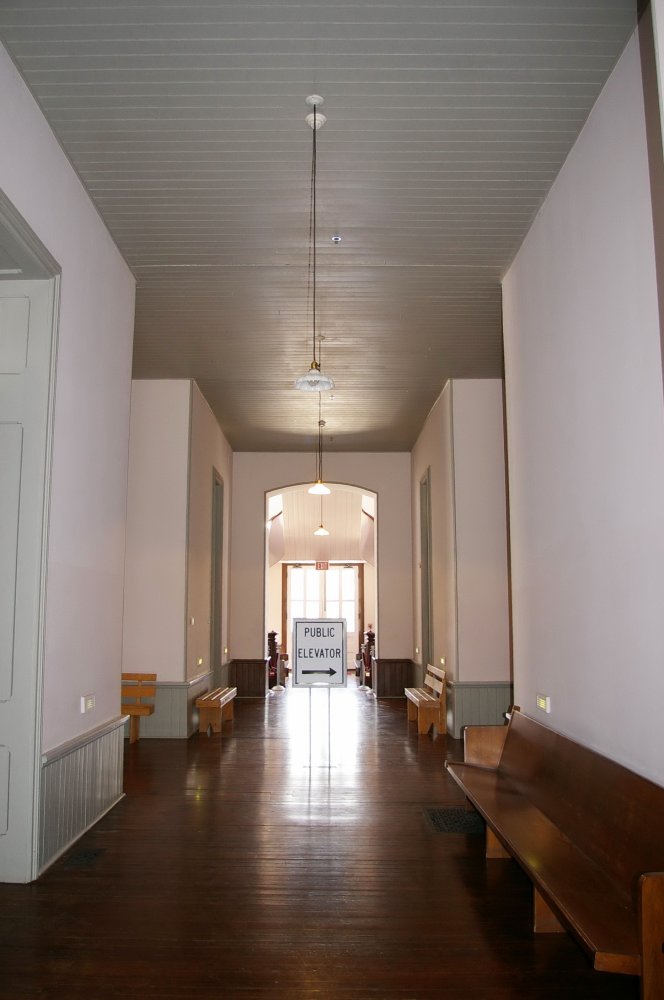 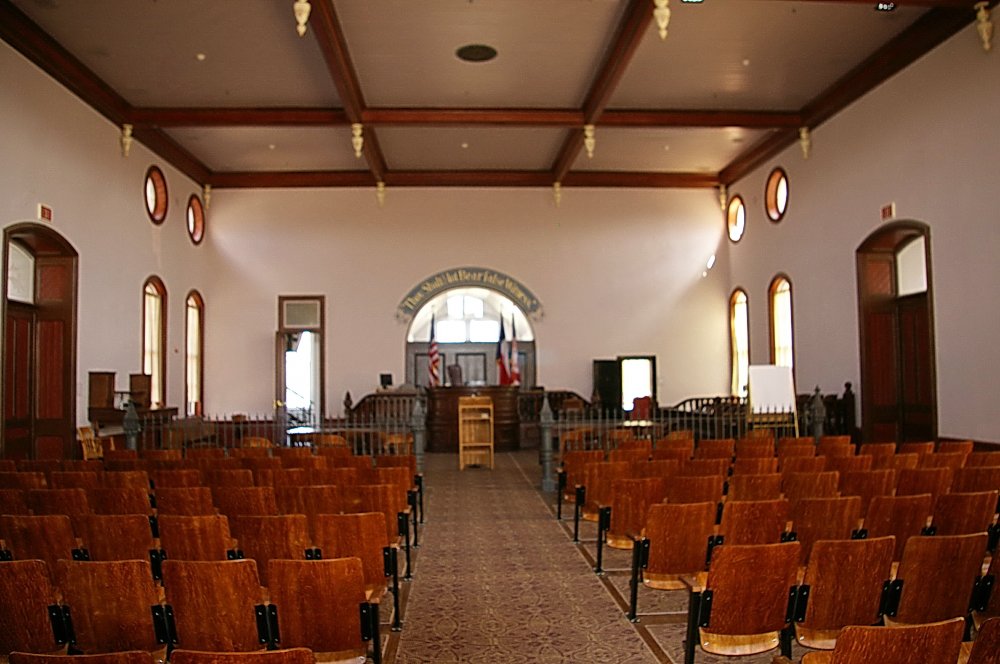 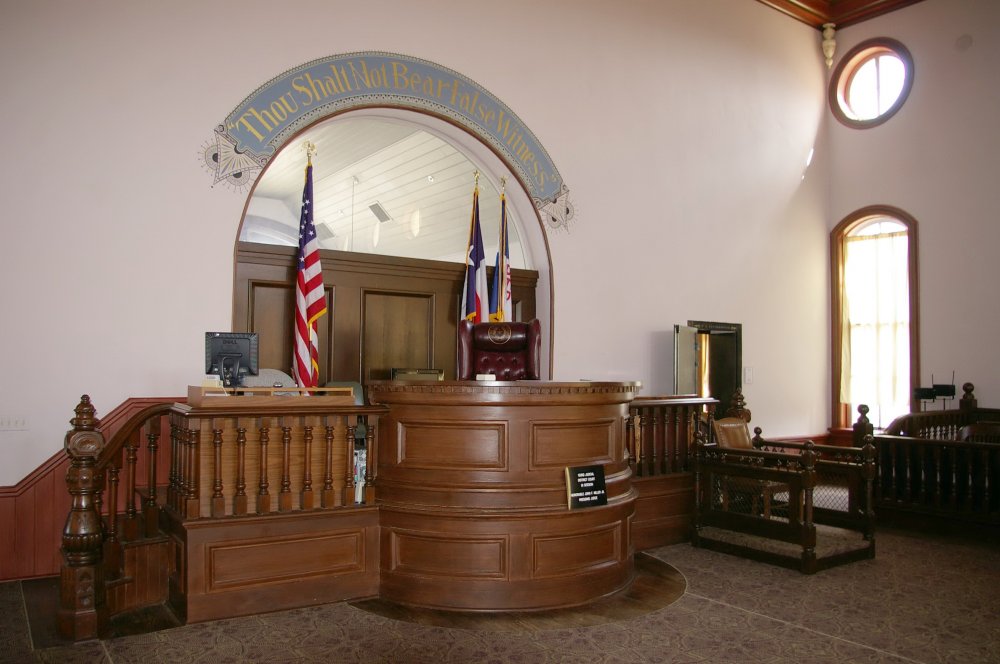 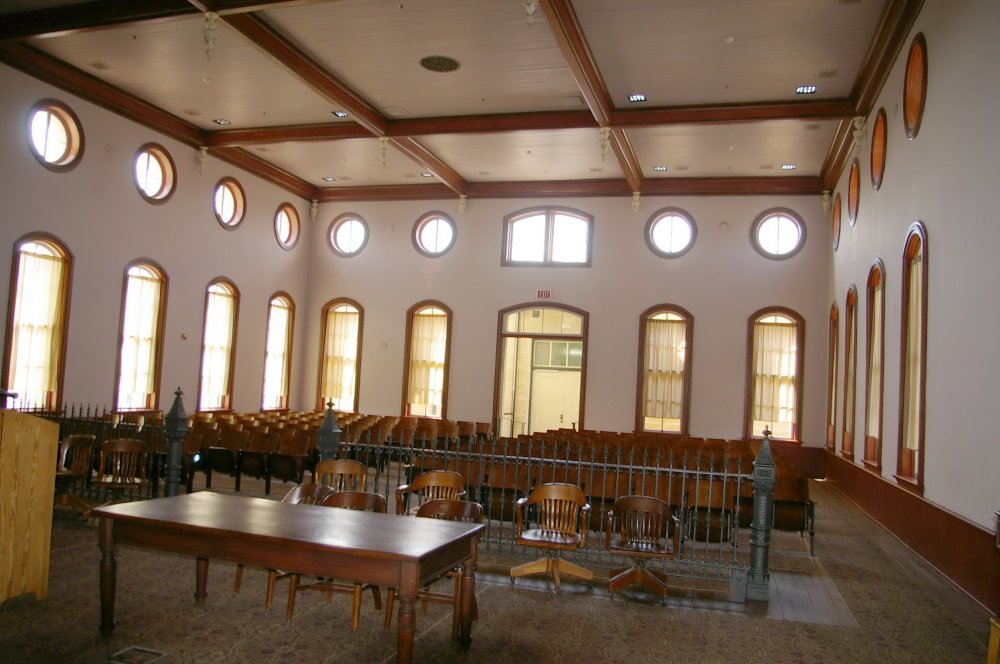