Bowie County is named for James Bowie, who was a legendary knife fighter and who died at the Battle of the Alamo in 1836. 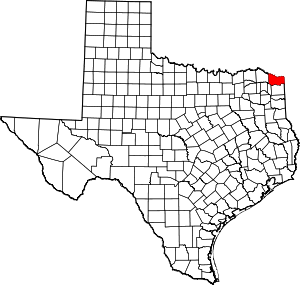 Description:  The building faces north and is a two story buff colored brick and concrete structure. The building is located on landscaped grounds in the center of New Boston. The north front has large columns supporting an overhanging roof. The central entrance is recessed with glass walls entering into a large lobby. The windows are horizontal. The columns continue along the east and west sides of the building. The roof line is flat. In the interior, the entrance lobby rises two stories with a grand staircase on the south side. The courtrooms are located along the south side of the second story. The building houses the State District Court, Constitutional County Court and County Court at Large. 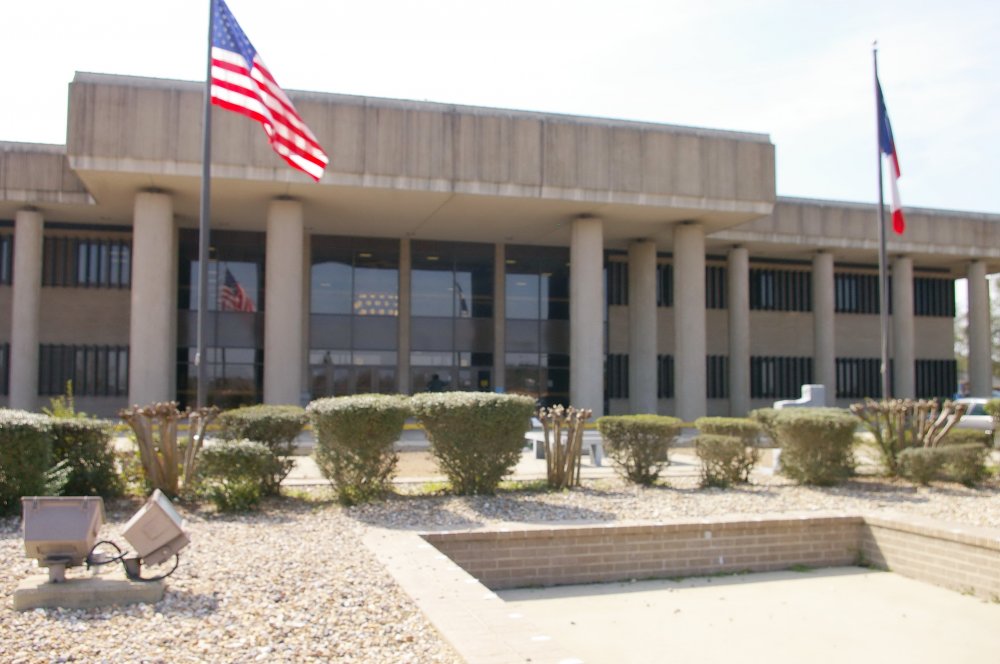 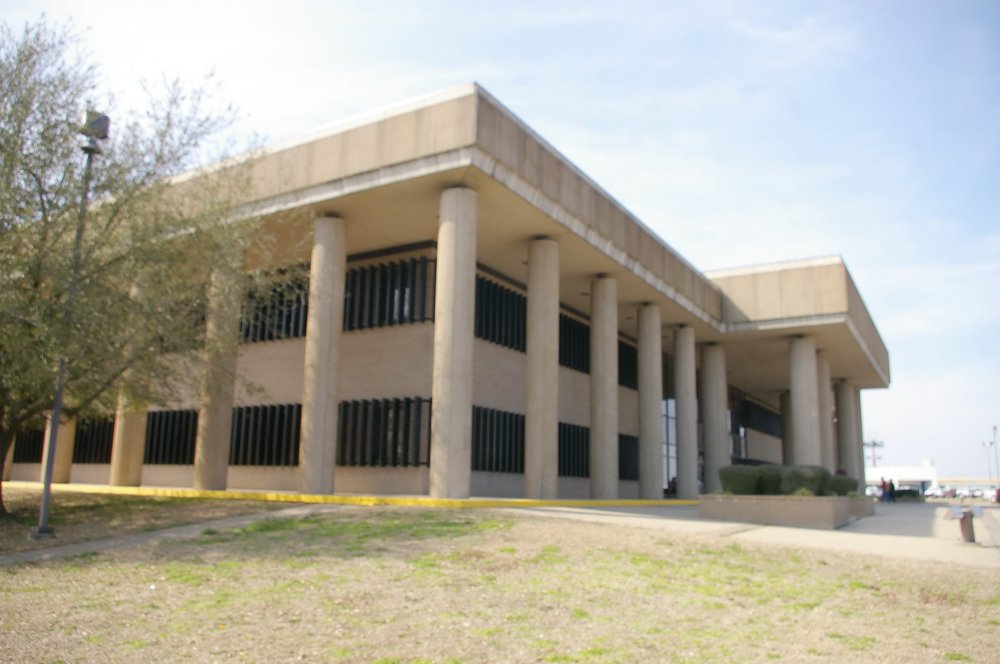 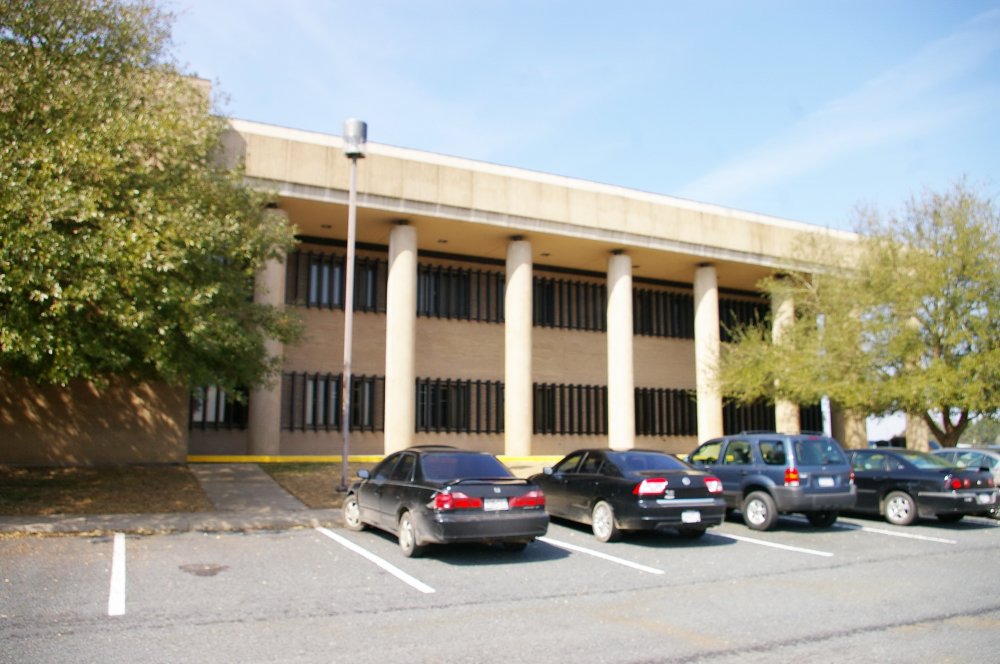 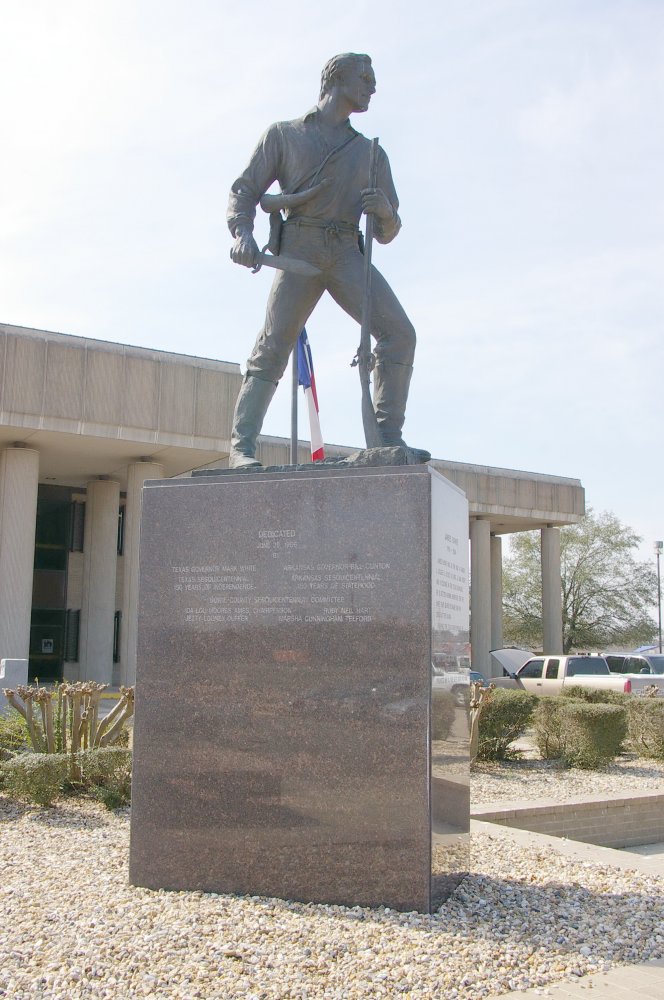 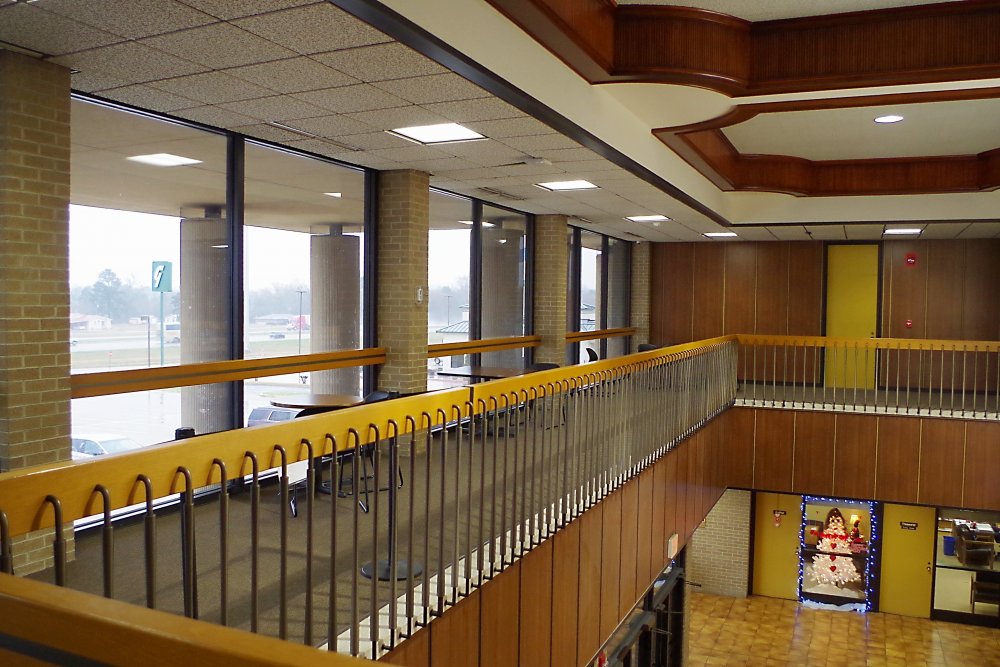 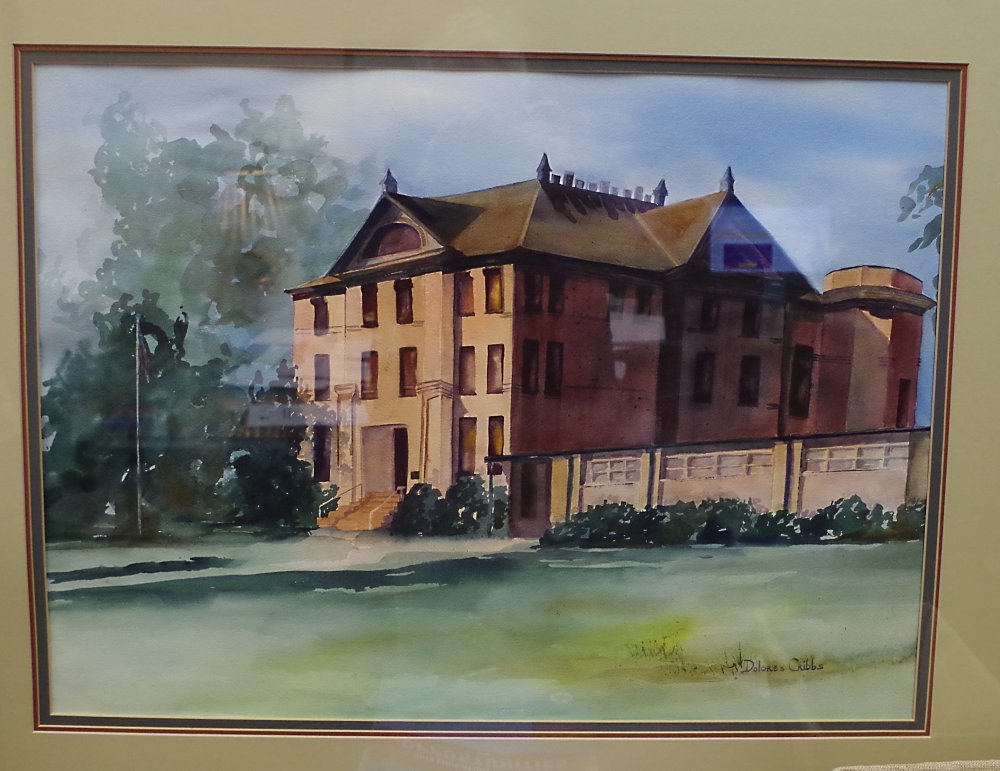 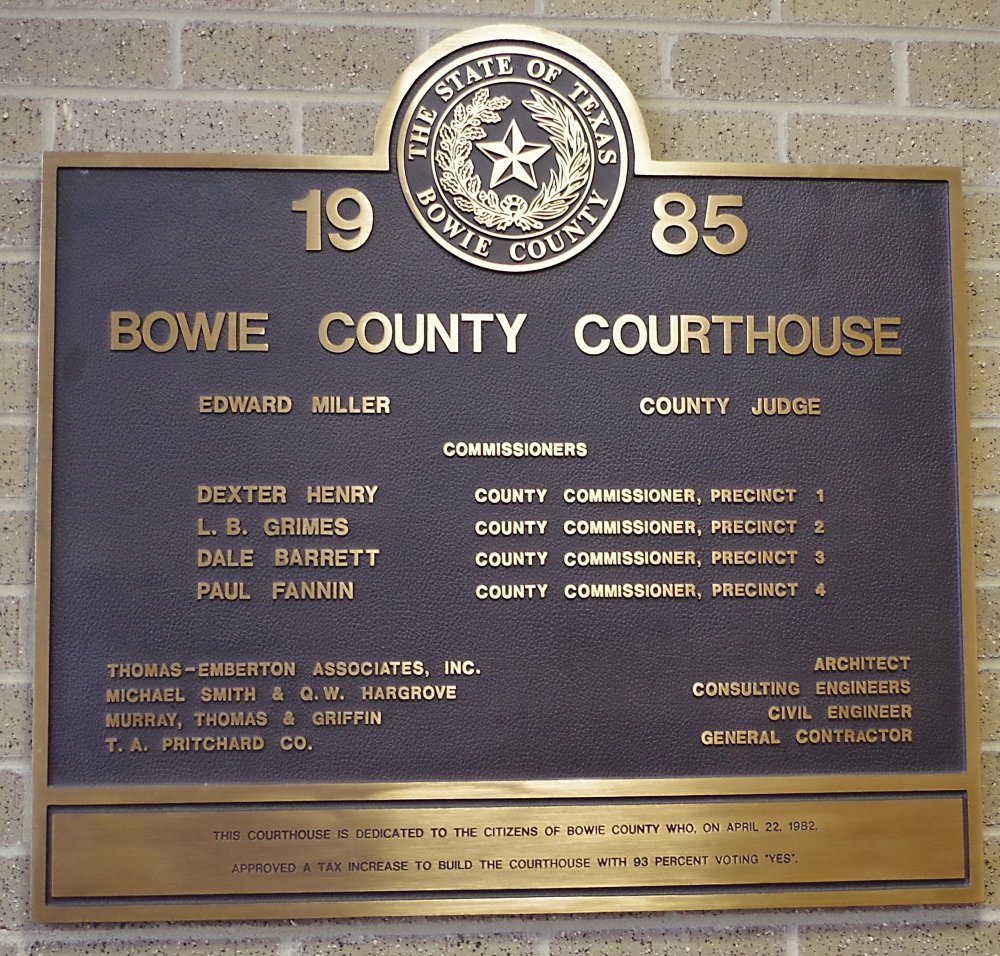