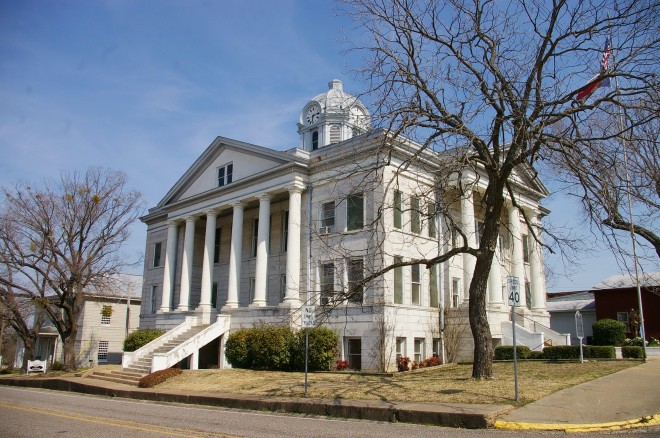 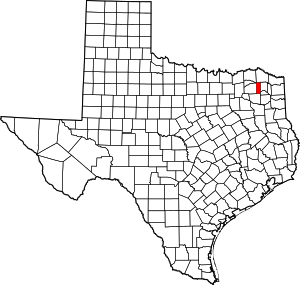 Description:  The building faces south and is a three story white colored brick and sandstone and concrete structure. The building is located on the landscaped grounds of the Courthouse Square in the center of Mount Vernon. The building has a raised basement and is an “H” shape. The south side has a portico supported by four large columns with pediment above. On the west side is a larger portico supported by six large columns with pediment above. The building has decorative white colored brick molding. On the center of the roof is a dome with clock at the top. In the interior, the main hall on the first story has a north-south corridor and a double stair leading to the courtroom on the second story. The courtroom has a pressed metal ceiling and a balcony on the third story. The building houses the State District Court, Constitutional County Court and County Justice Court. On the north side is the two story County Jail. 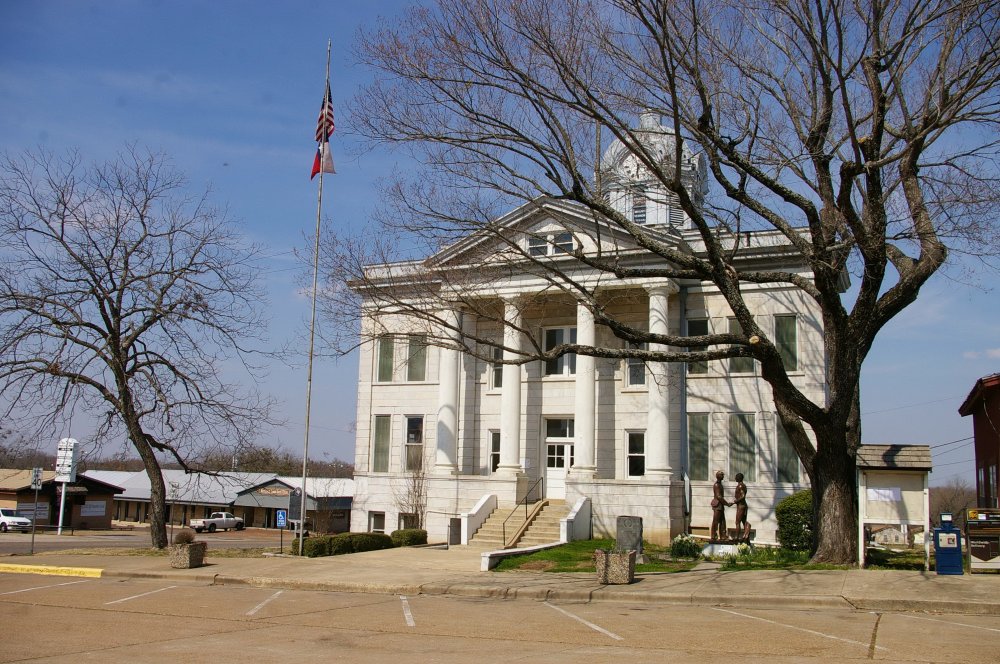 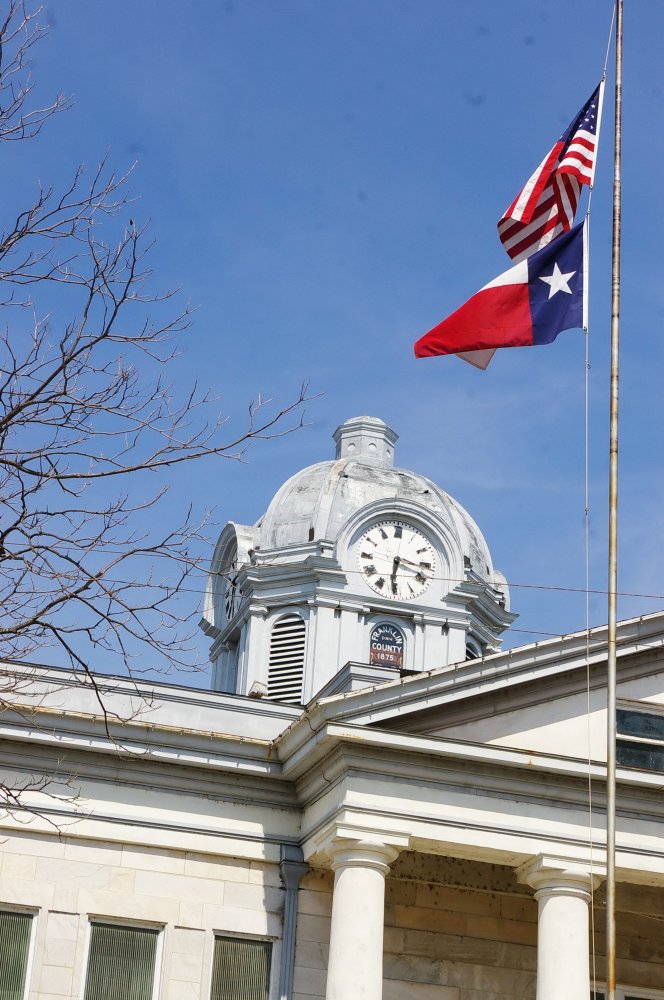 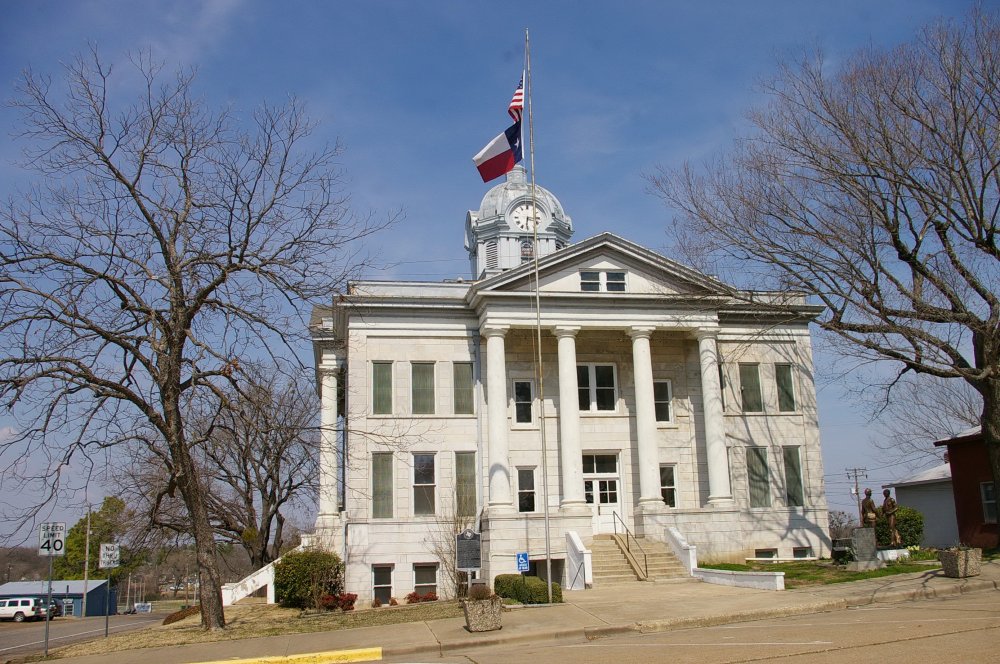 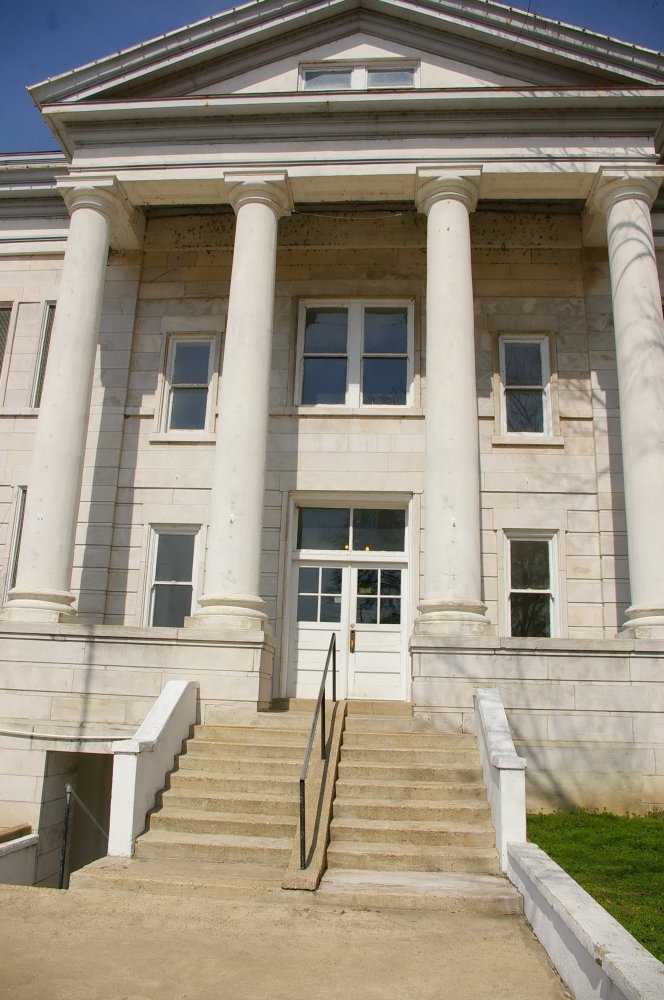 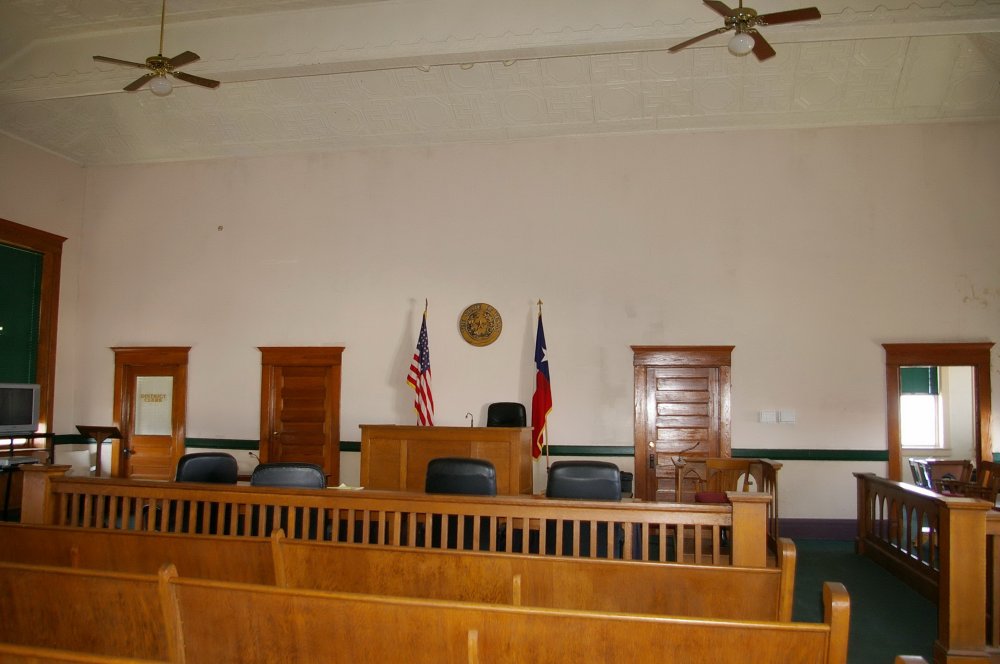 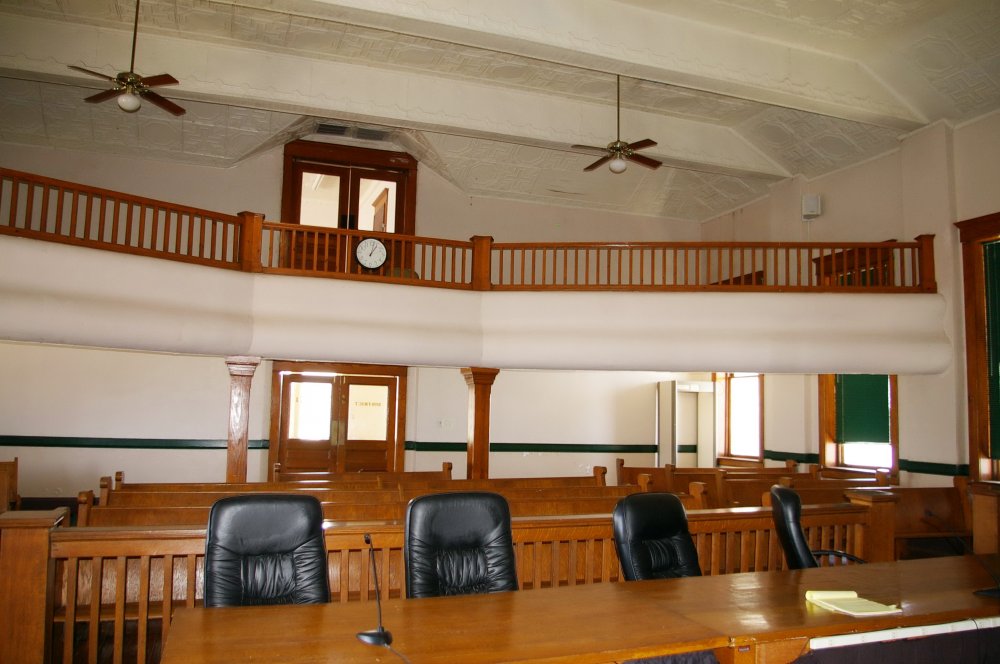 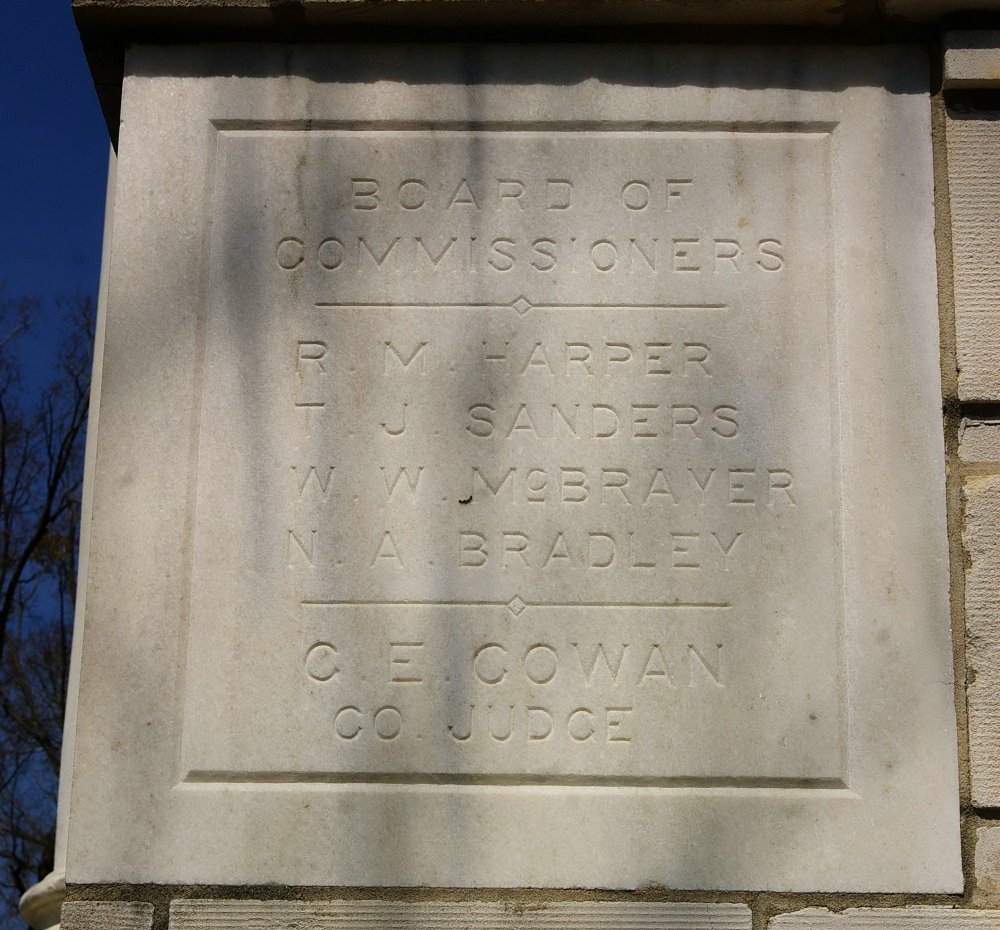 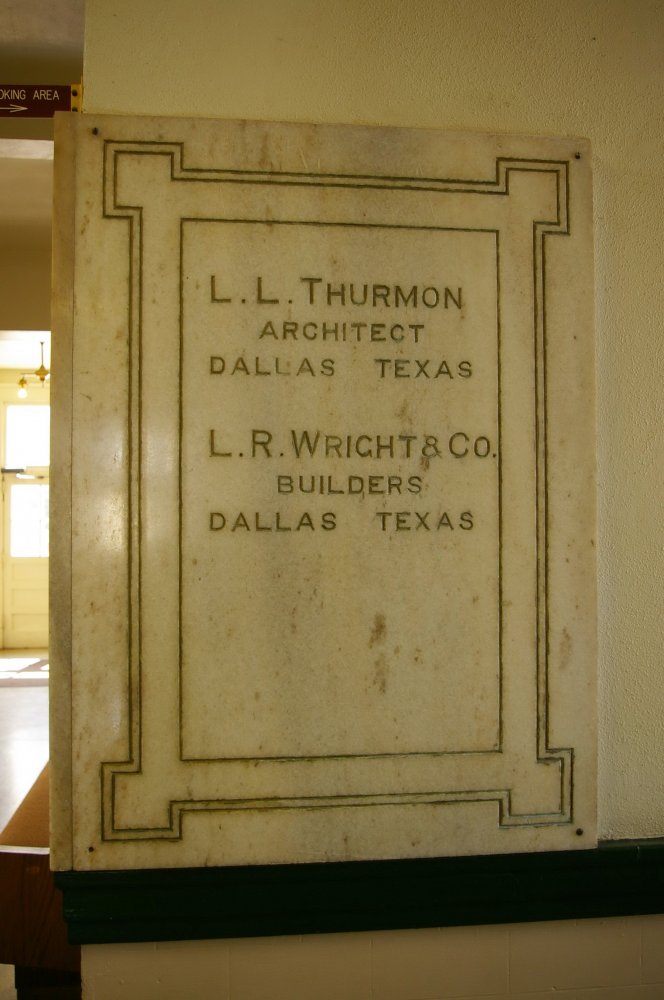 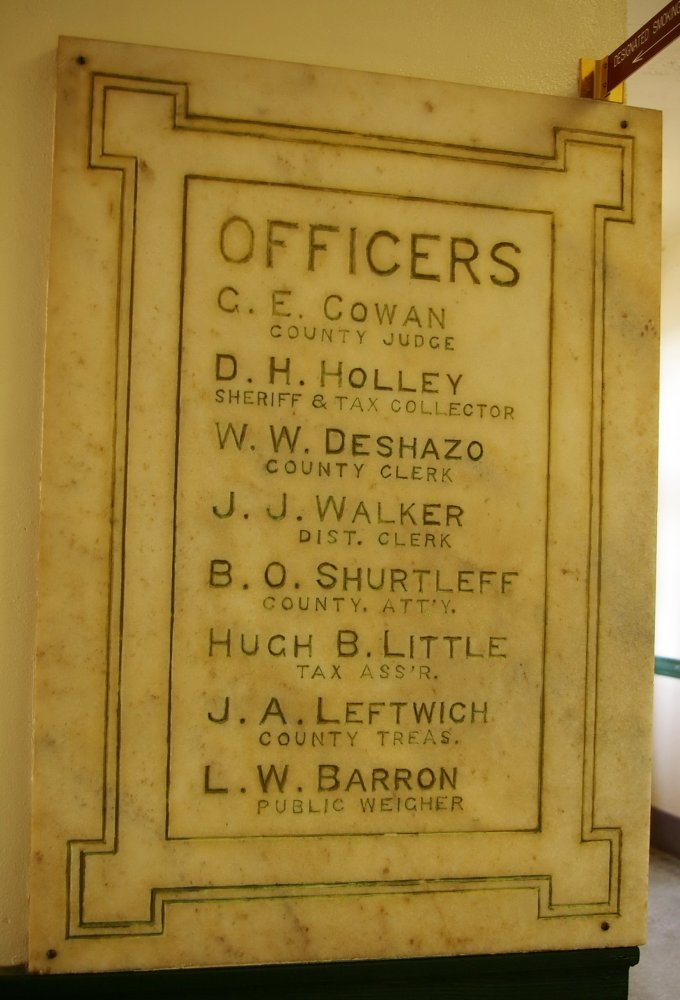 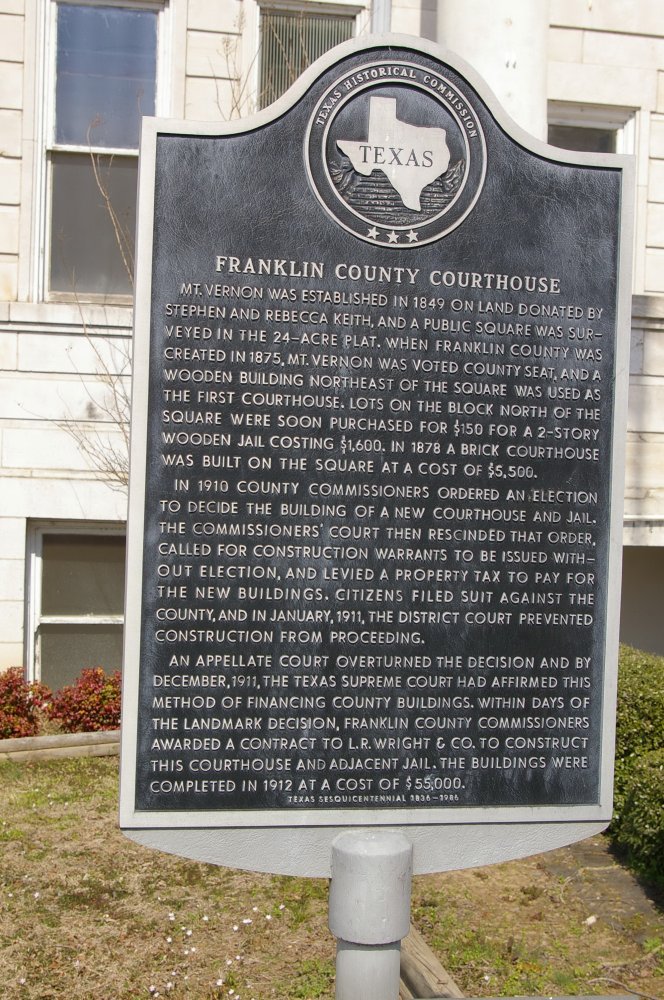 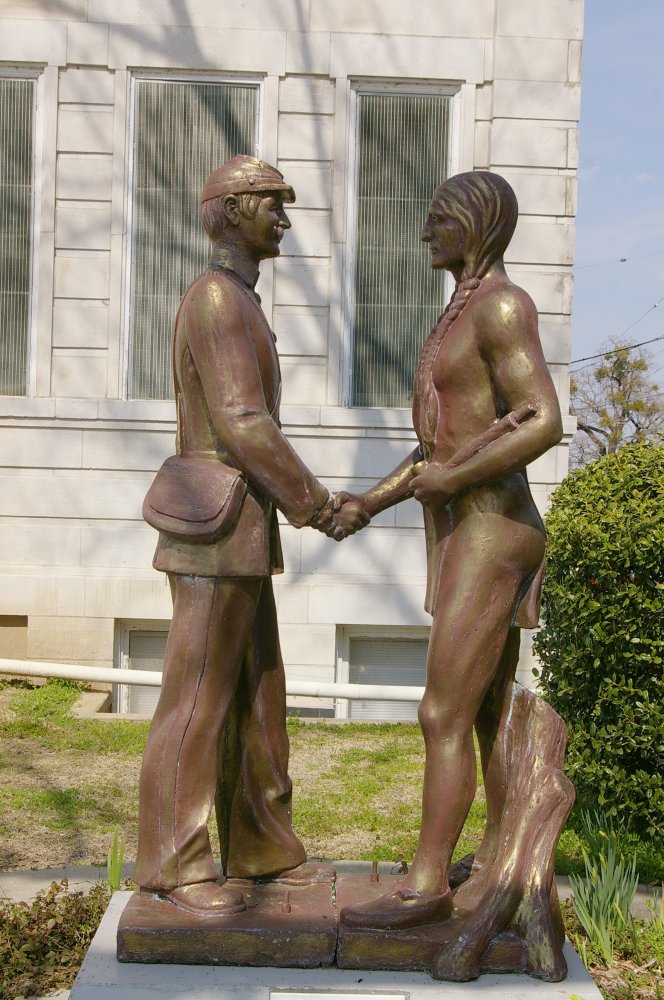