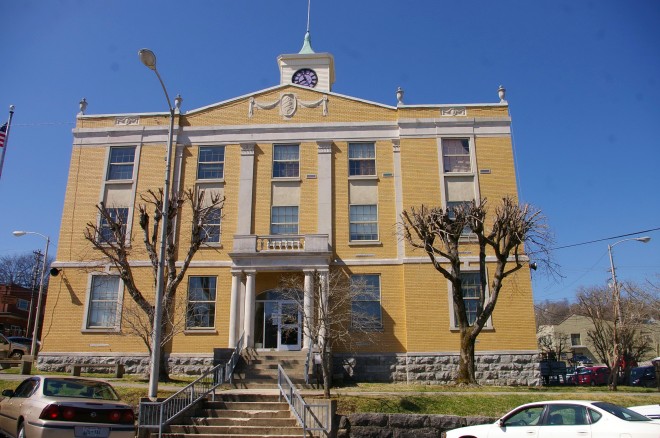 Description:  The building faces east and is a three story buff brick and concrete structure. The building is located on landscaped grounds in the center of the city. The east front has a central recessed entrance with double columns on either side and balcony on the second story. Two pilasters rise from the second story to the top of the third story. The west side is similar. The base of the building is course stone. Narrow horizontal belts run above the first story and the third story. On the center of the roof is a square cupola with clock and green colored roof. 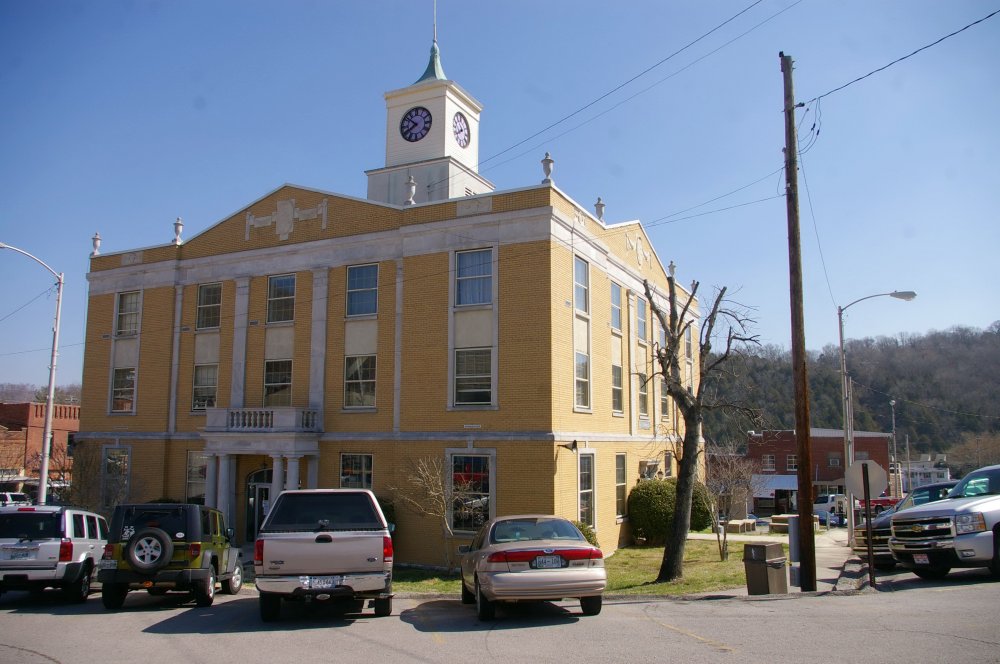 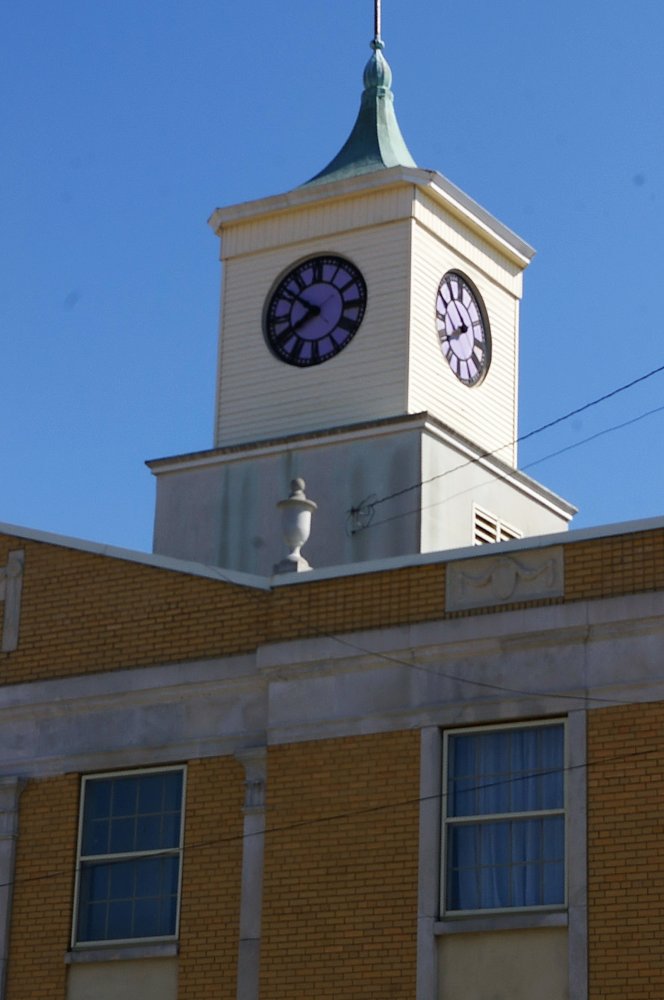 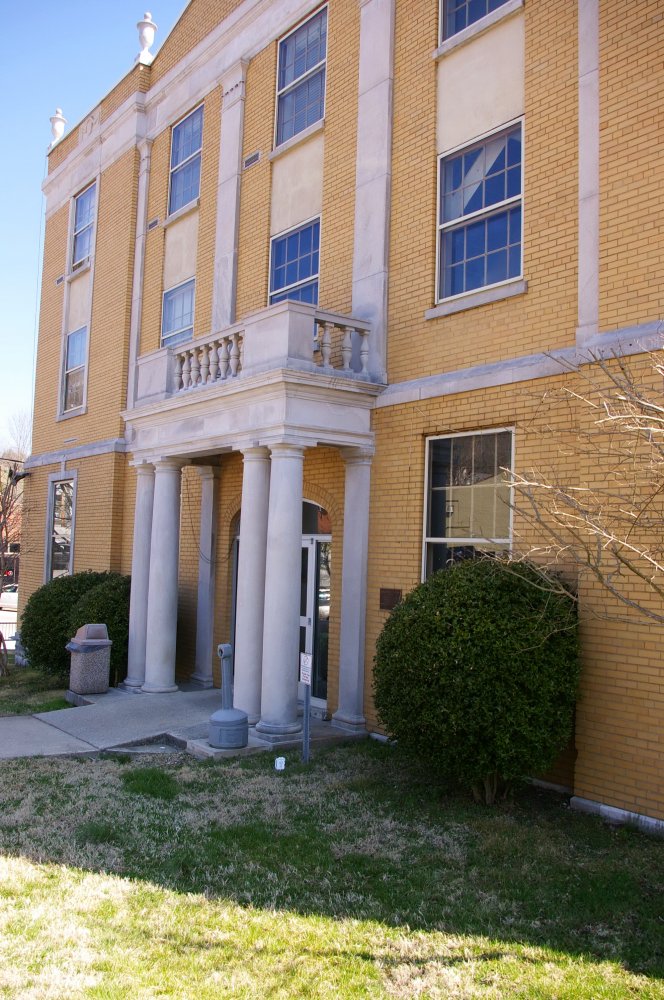 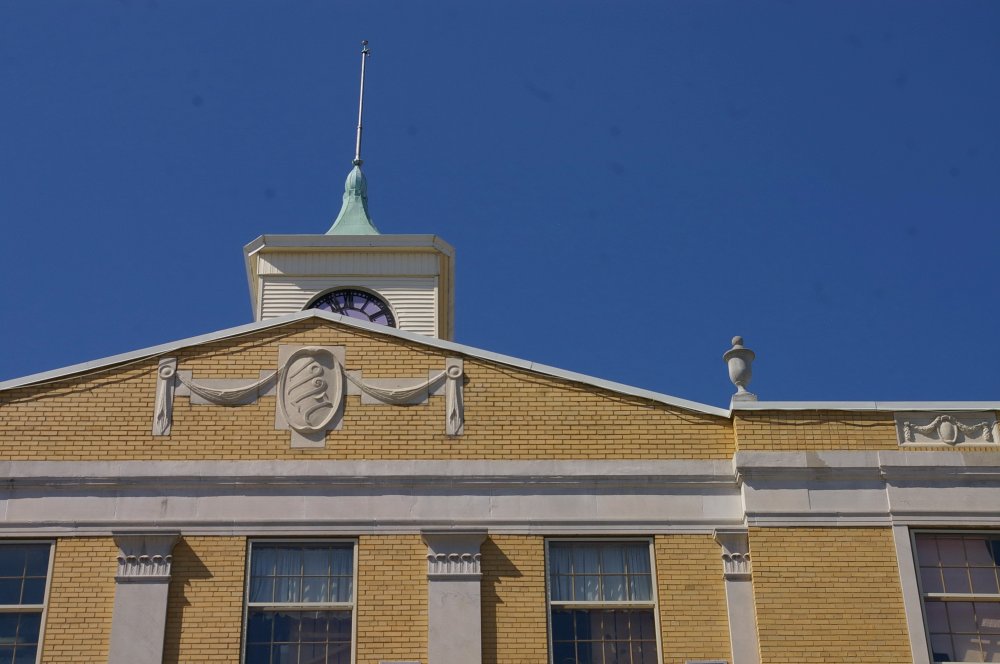 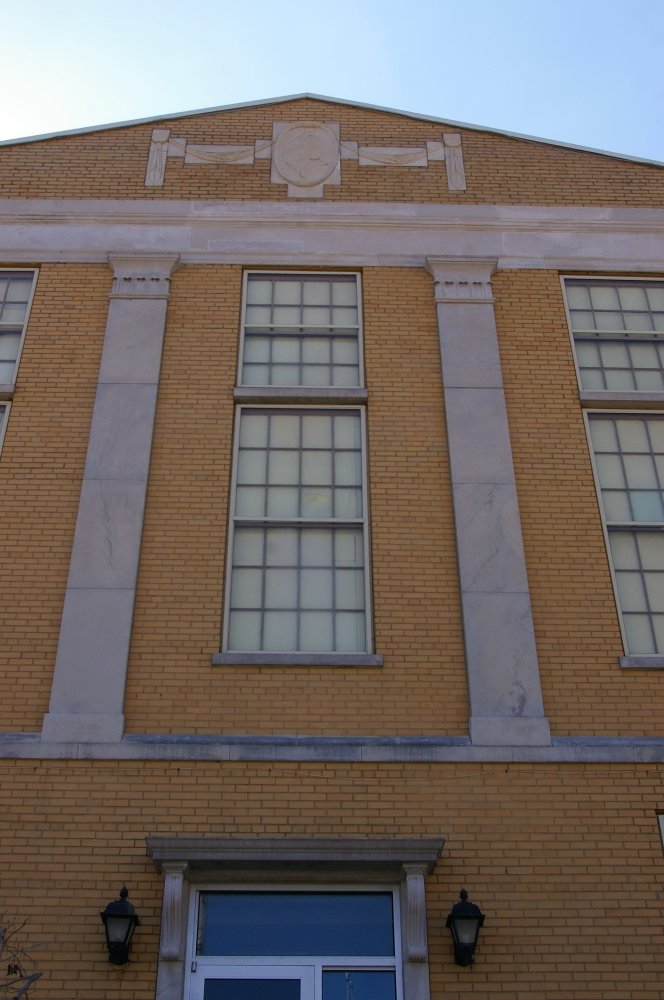 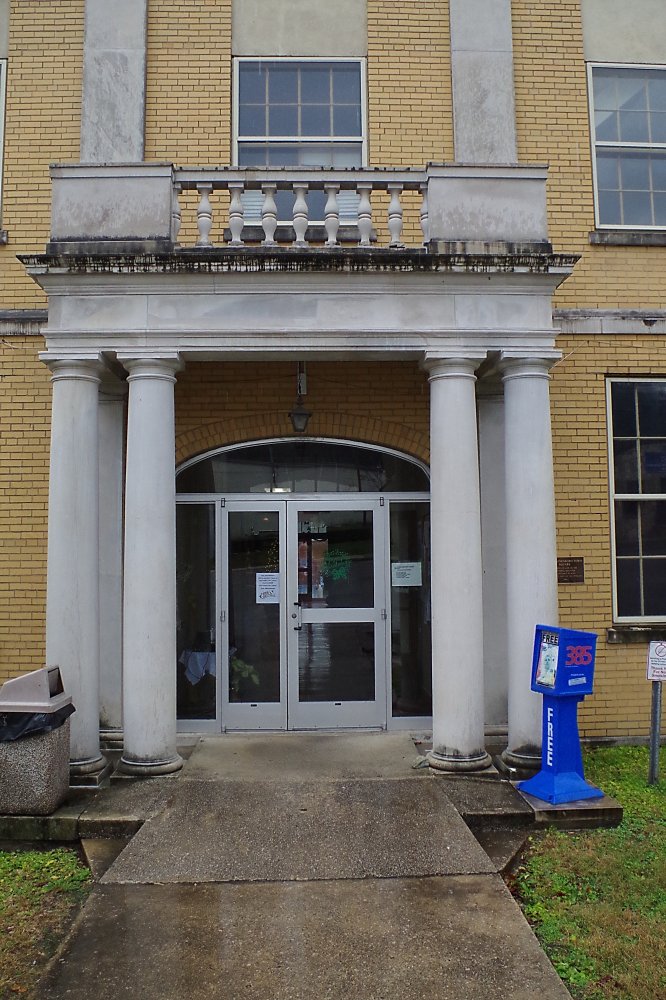 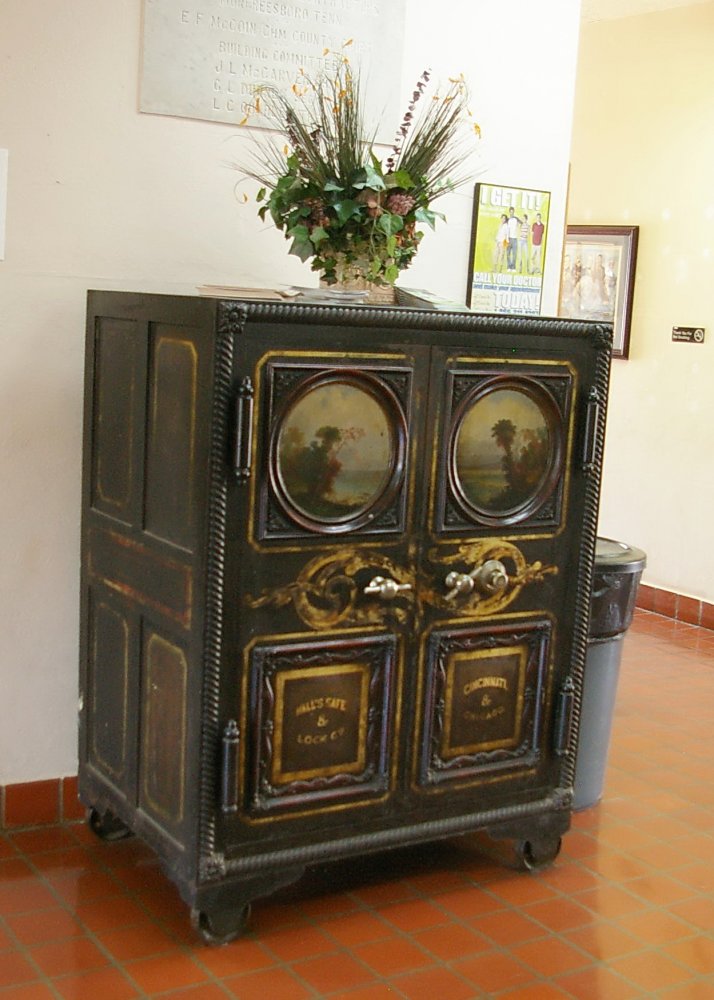