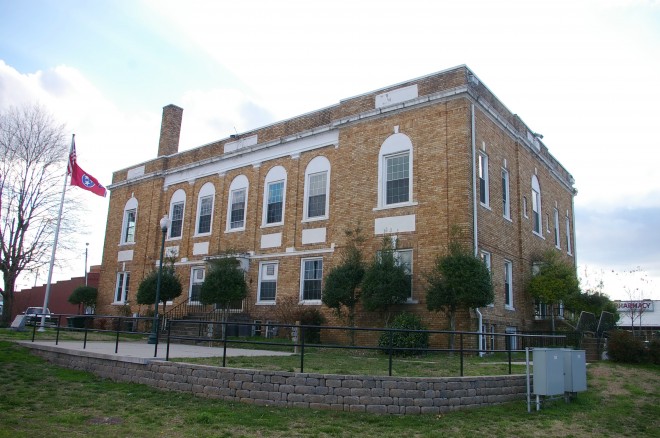 Hickman County is named for Edward Hickman, who was a long hunter killed by Native Americans near Centerville.

Description:  The building faces west and is a two story buff colored brick and concrete structure. The rectangular shaped building is located on landscaped grounds of the Public Square in the center of Centerville. The second story windows are arched. A cornice runs below the flat roof. In the interior, the stairs are located on the north side and ascend to the second story. The large courtroom on the second story is located at the center and is now vacant. Description:  The building faces southwest and is a one story red colored brick, glass and concrete structure. The building is located on landscaped grounds on the northern edge of the center of Centerville to the north of the courthouse. The southwest front has a rounded section with columns, green colored roof and glass entrances. The rest of the building is red colored brick with a flat roof line. In the interior, the courtroom is located in the center. The building houses the County Circuit Court, County Chancery Court and County General Sessions Court and County Juvenile Court of the 21st Judicial District.

History:  The County was created in 1807 and Vernon was selected as the county seat. The first courthouse was a log structure built in Vernon in 1807. In 1823, the building was moved to Centerville when the county seat was moved there. The second courthouse was built in 1845 and the interior was rebuilt in 1867 after a fire in 1864 during the Civil War. The third and present courthouse was constructed in 1925 to 1926. The County Justice Center was constructed in 1996 to 1998. 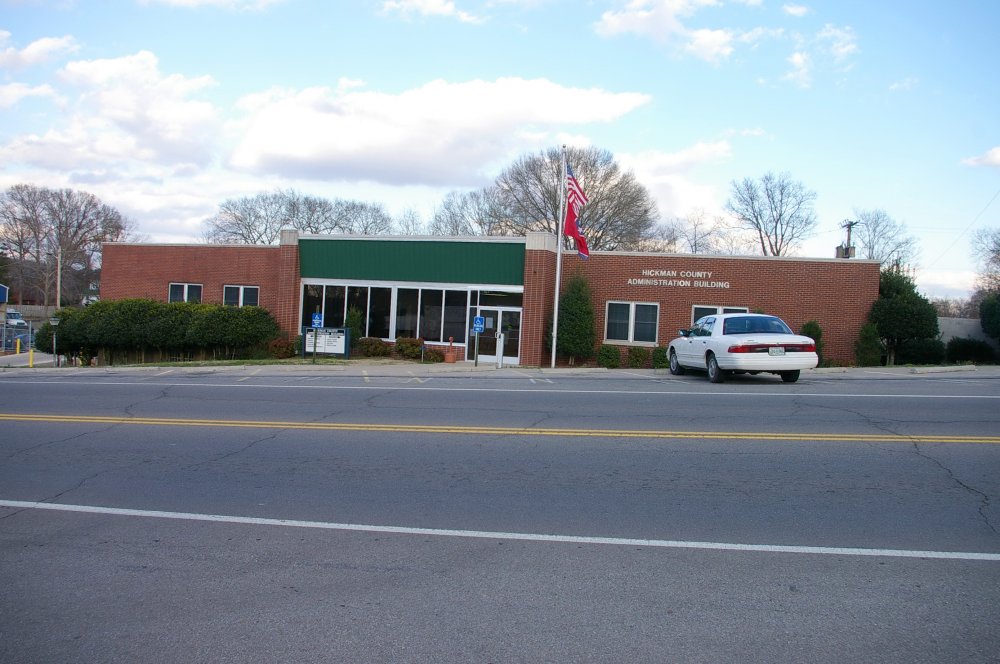 Description:  The building faces west and is a one story structure. The rectangular shaped building is located on the landscaped grounds in the center of Centerville to the north of the courthouse. The foundation is concrete with an exposed north side with an entrance. The center of the west side has vertical glass windows and the main entrance. The roof line is flat. 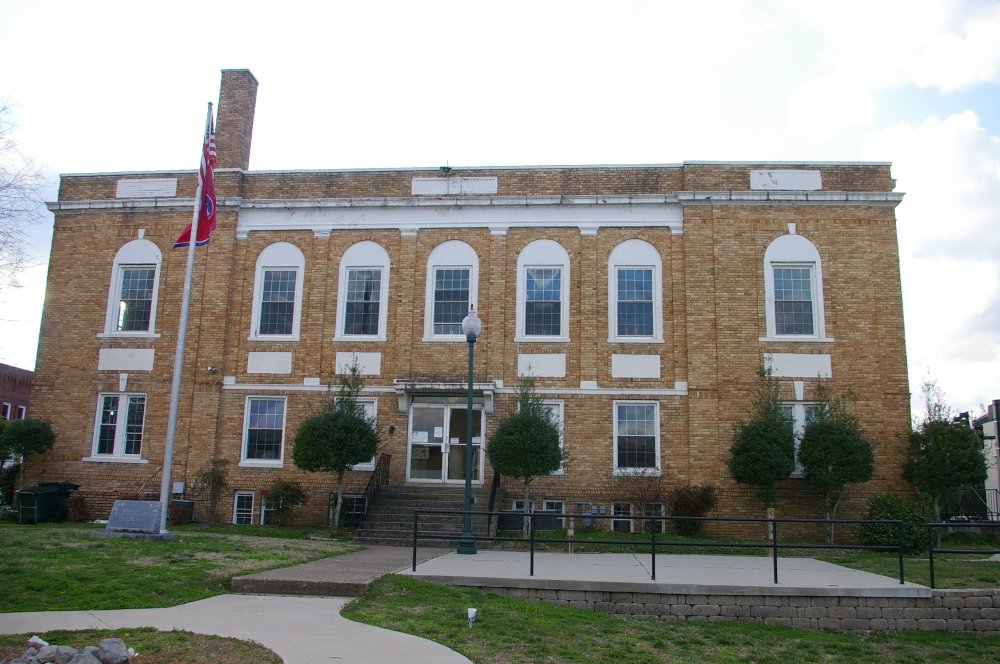 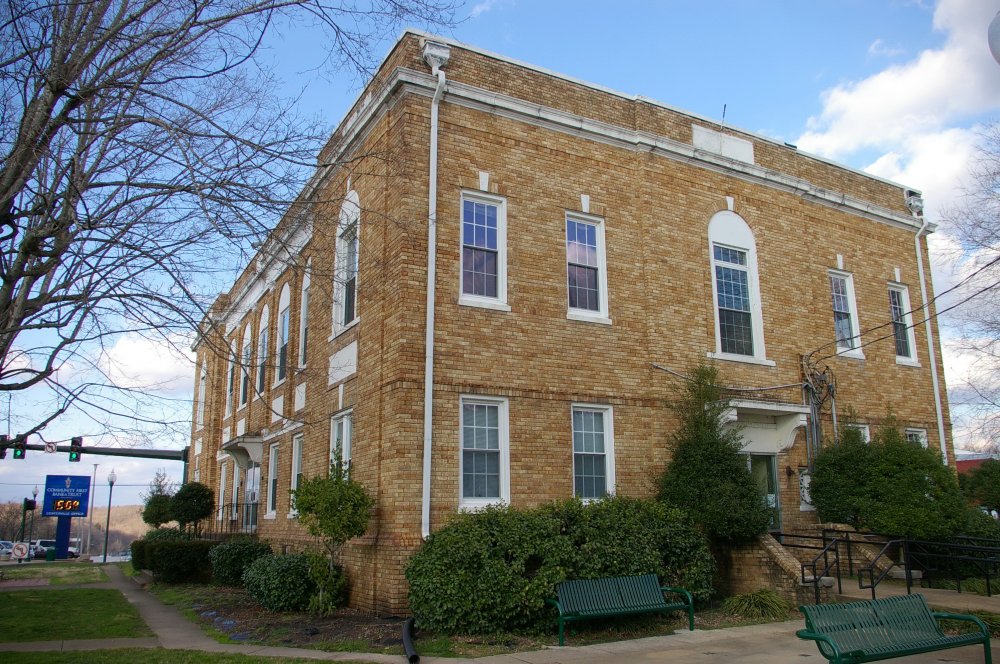 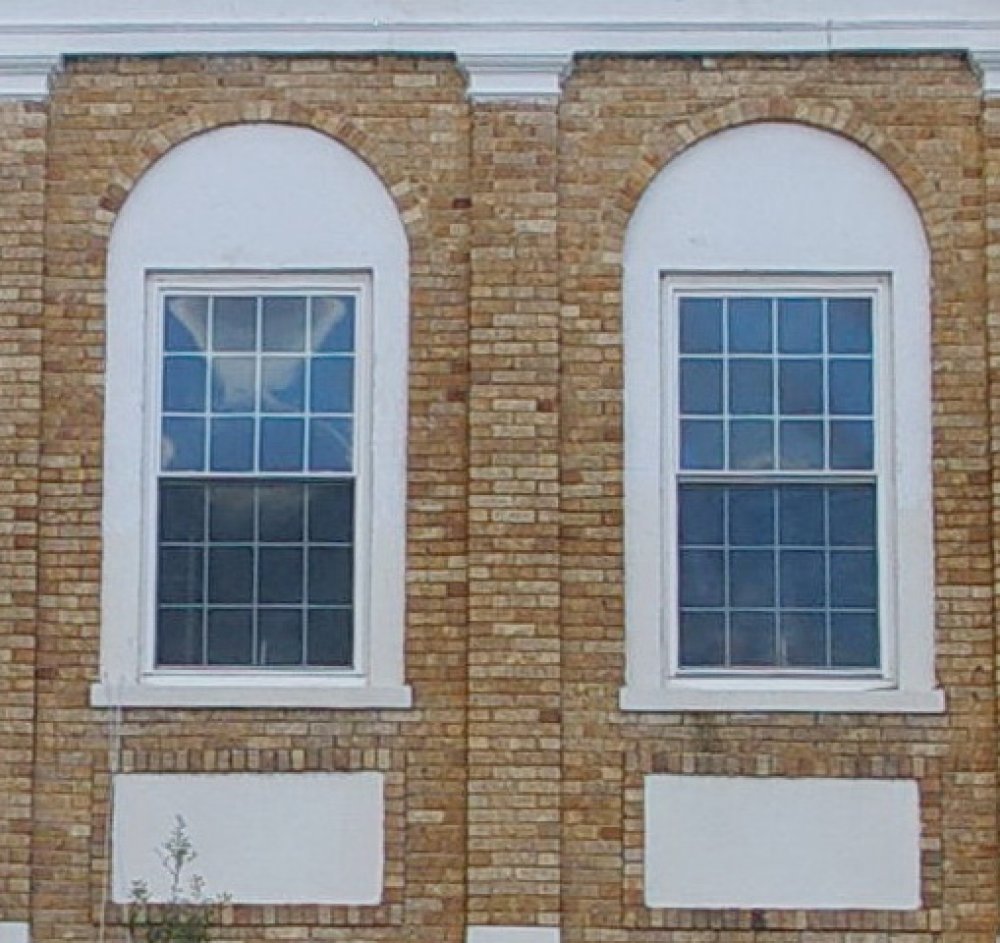