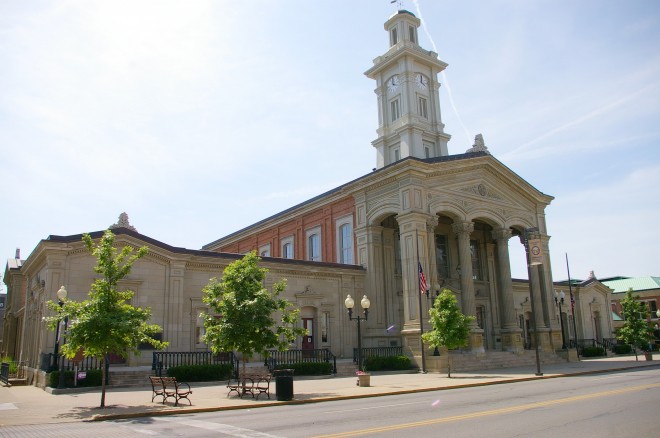 Ross County is named for James Ross, who was a Senator from Pennsylvania and a Federalist.

Description:  The building faces east and is a two story red colored brick and stone structure. The east front has a large stone arched portico rising to the top of the second story with three opening along the east side. Red colored brick faces the rest of the building. A high square stone tower rises on the east side and has a clock on each side near the top. The one story north and south wings extend along Pain Street. In 1929 the north and south wings were constructed. The architect was John Schweitzer. The building was renovated in 1961.

Note:  A note was found under the staircase during the 1961 renovations with the names of the original contractors Joseph Cook, Samuel Cook and William Flood.

See:  Located in the county is the Ohio Court of Appeals – Chillicothe. 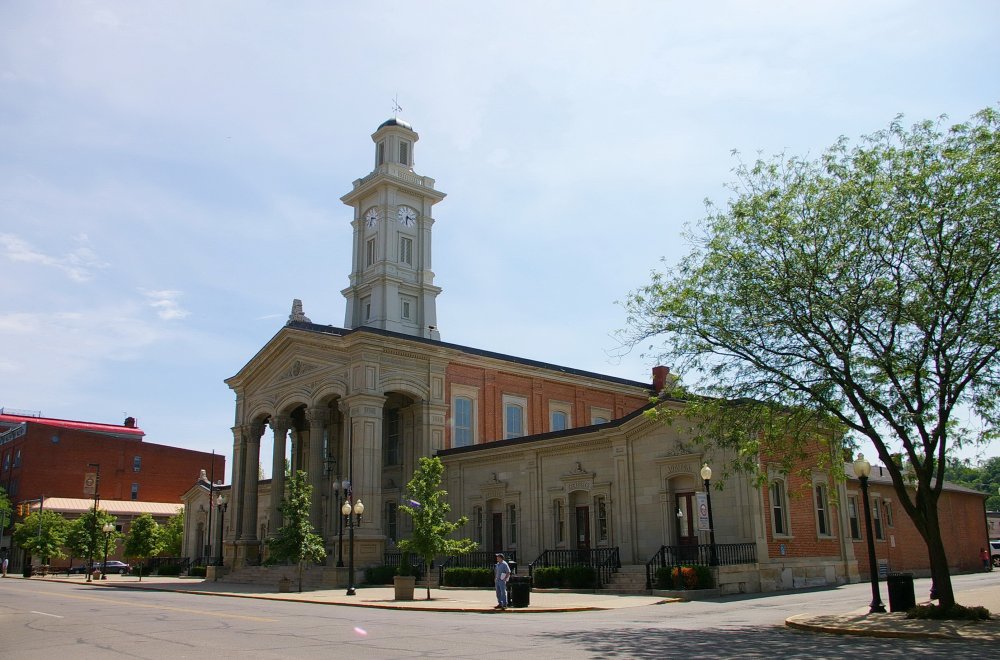 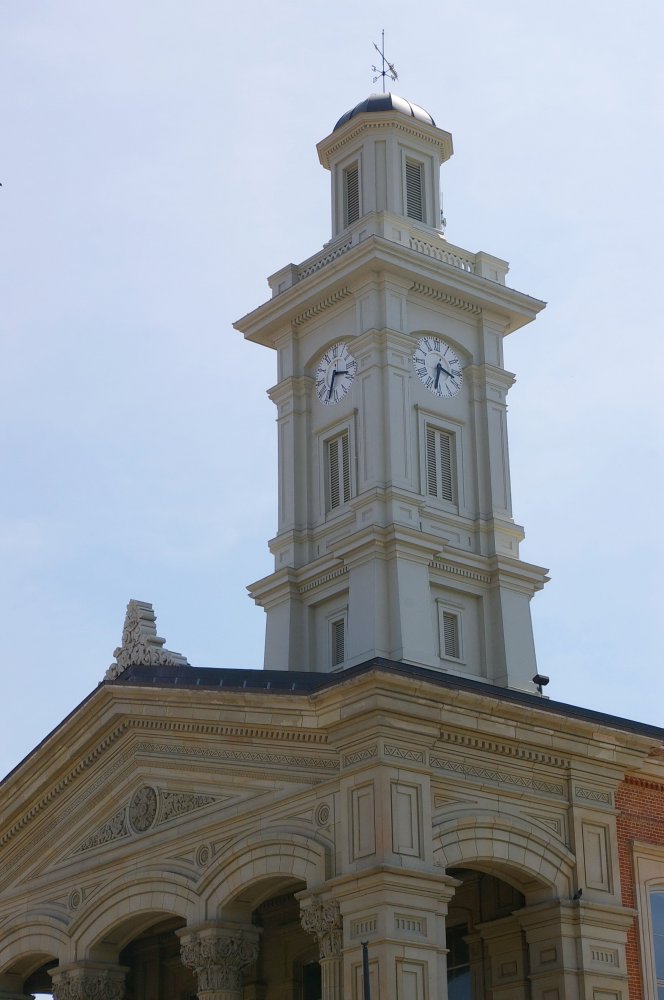 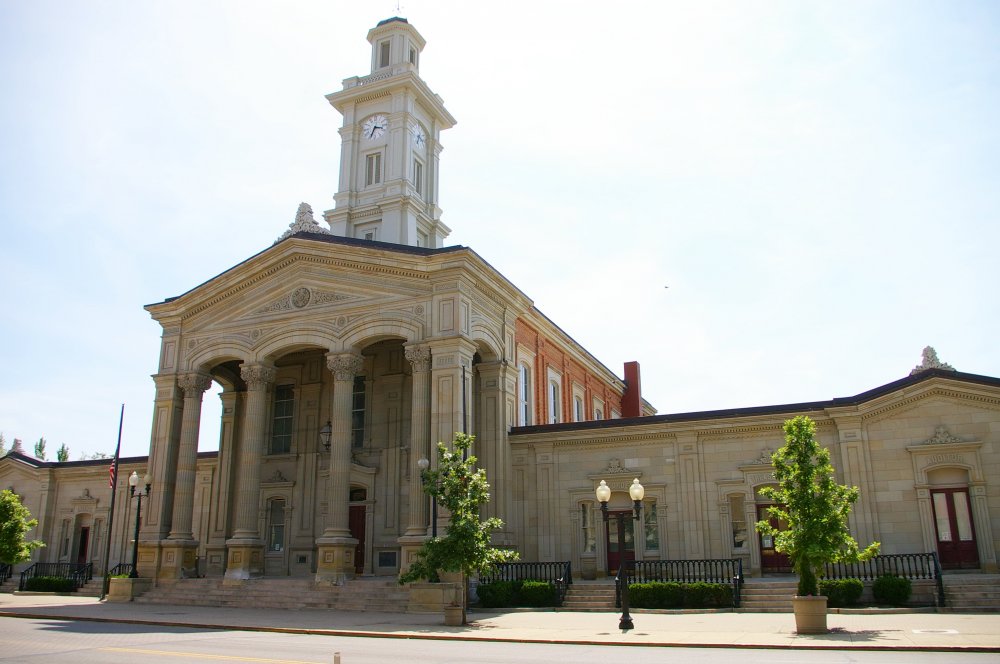 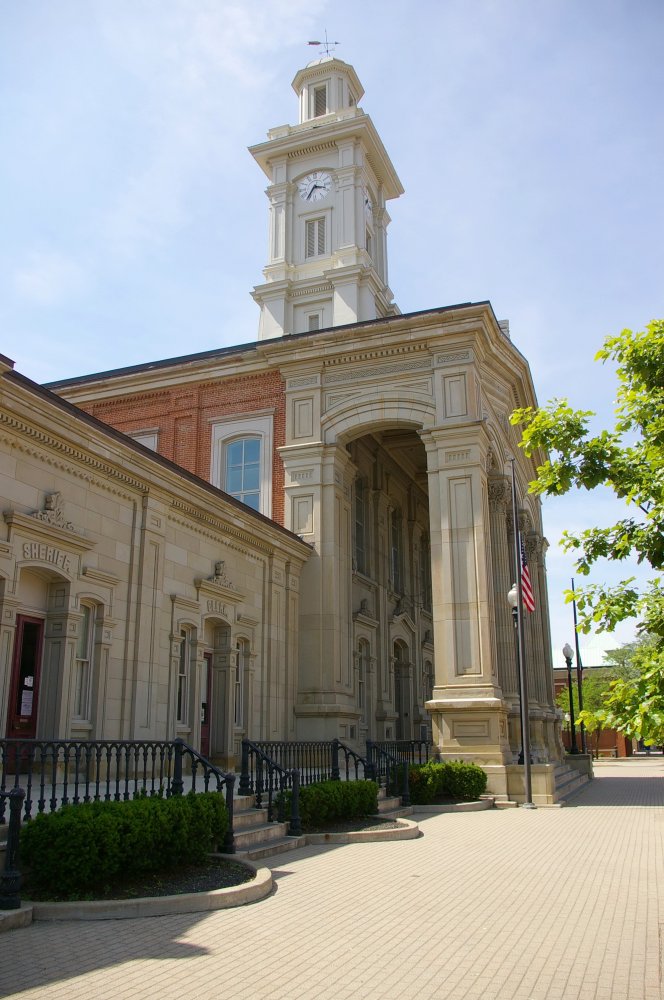 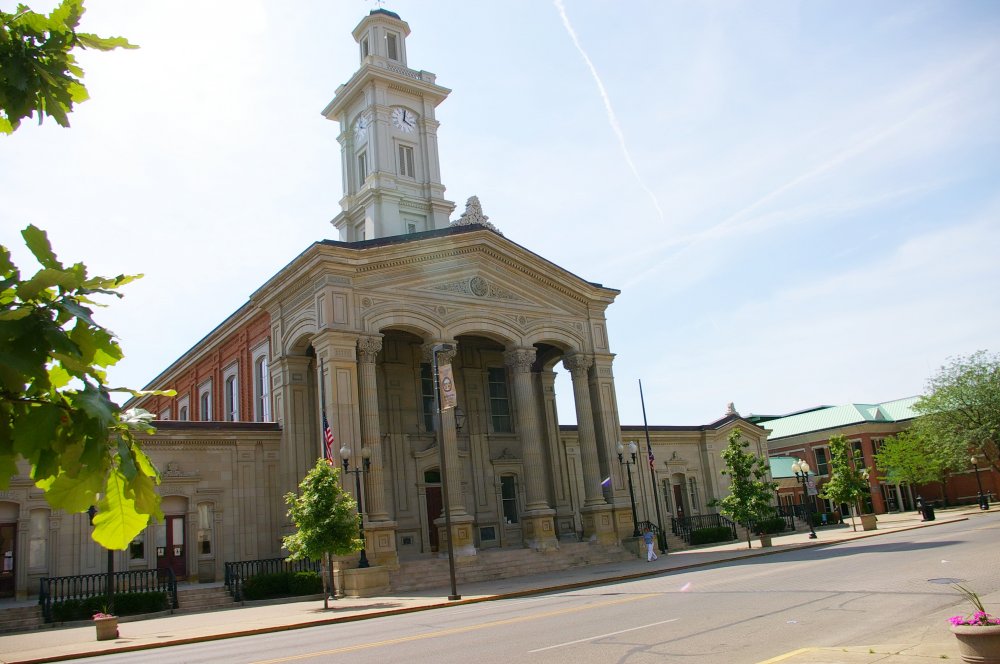 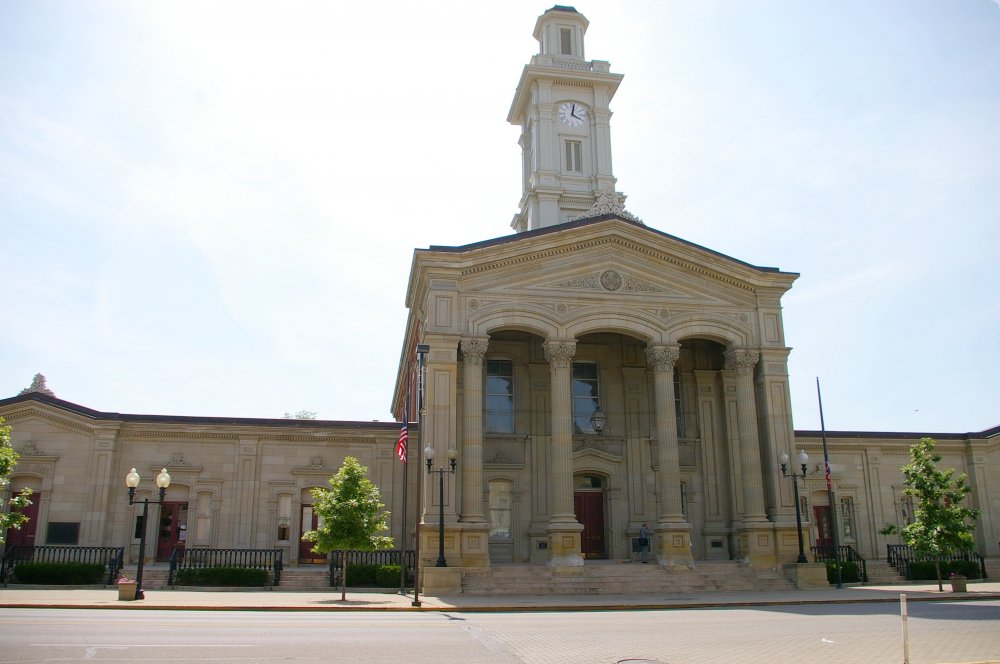 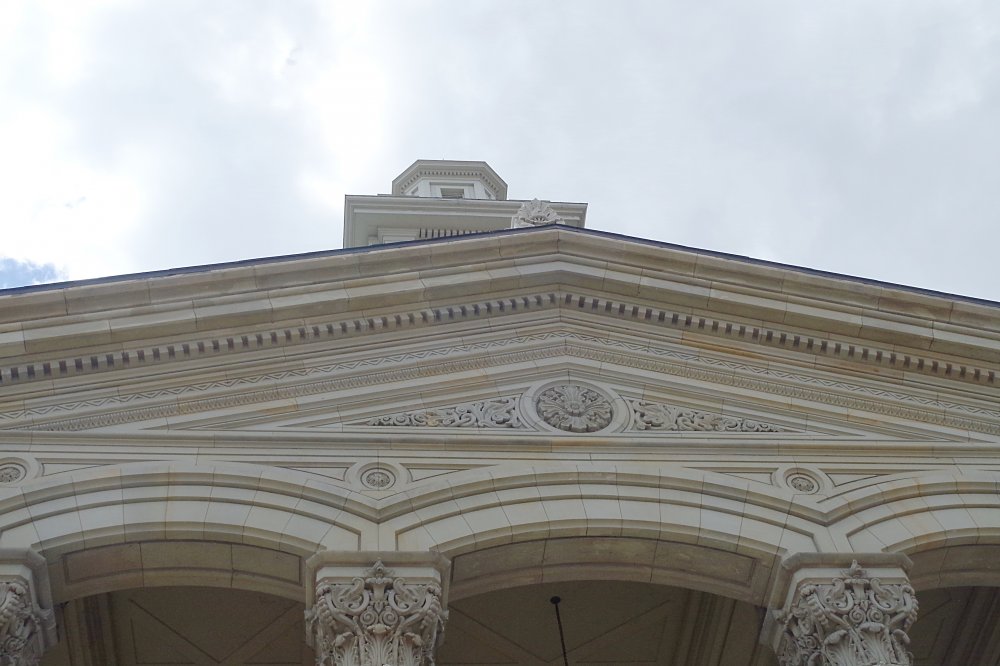 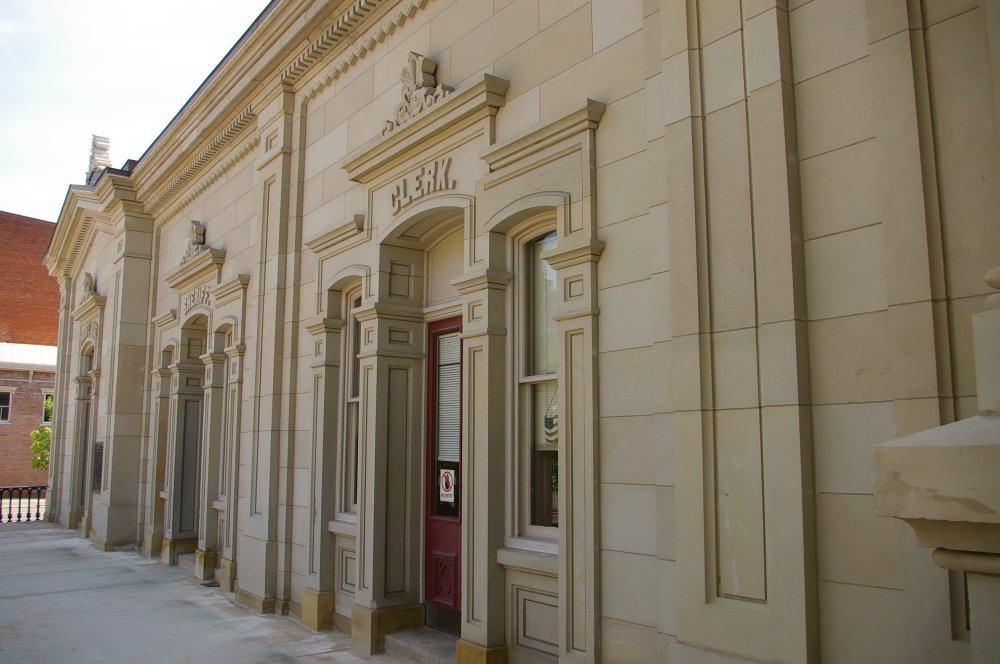 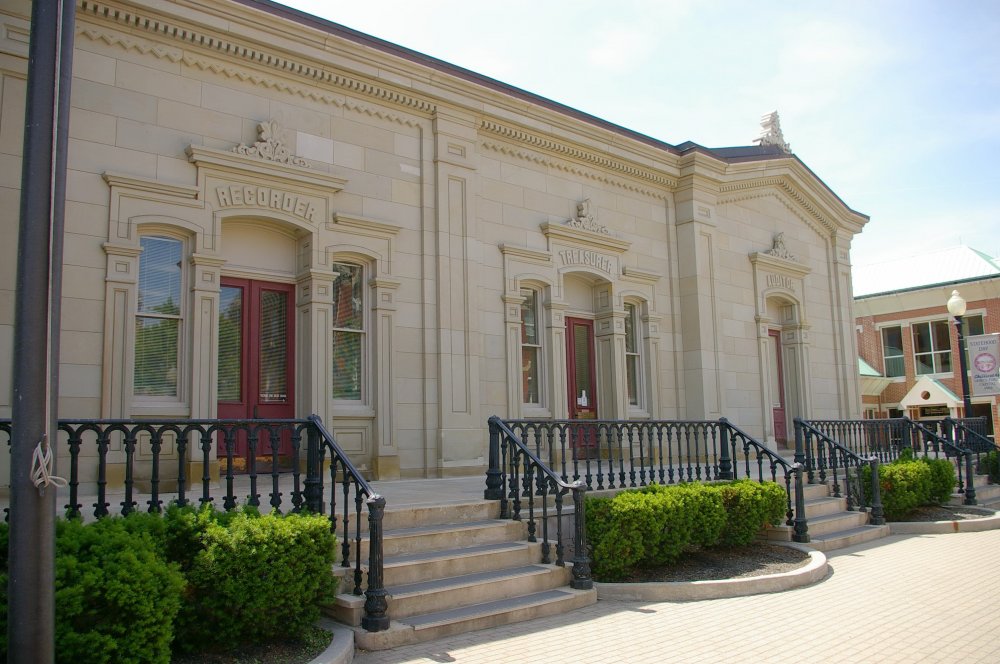 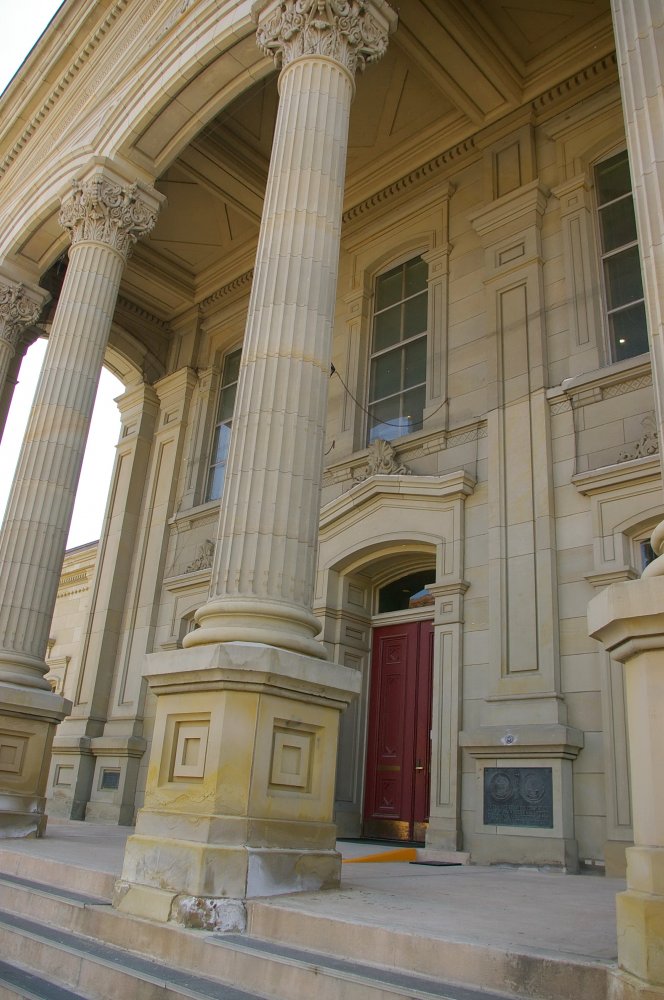 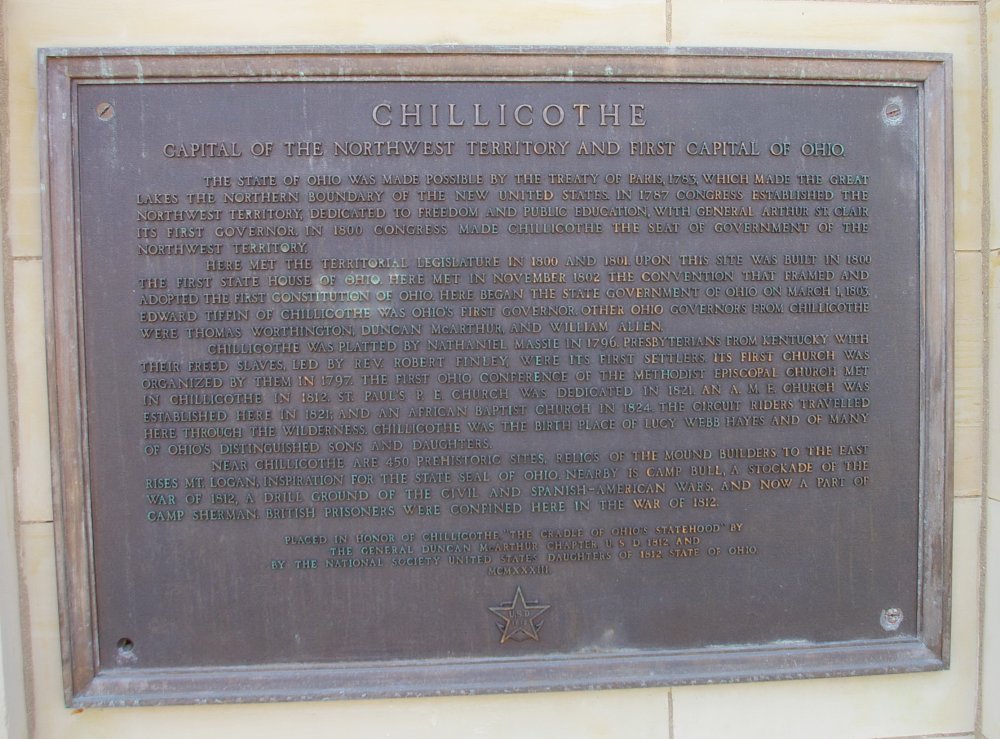