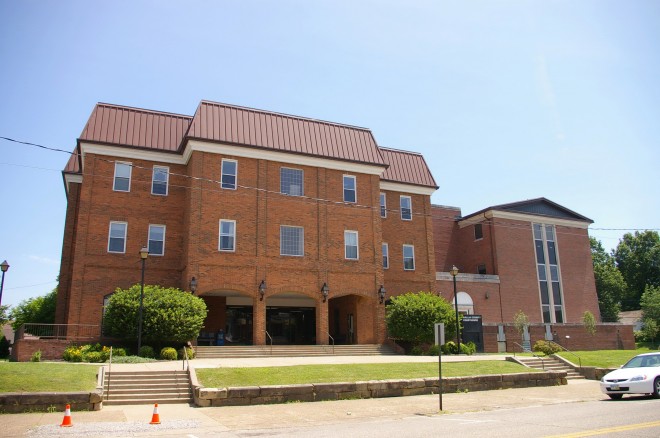 Gallia County is named for “Gaul” which is the ancient name for France.

Description:  The building faces south and is a three story red colored brick and concrete structure. The building is located on landscaped grounds in the center of Gallipolis. The south front has three large arches on the first story with recessed entrance. The center section projects from the main building. On the east side is higher section. The roof is hipped. The building houses the County Court of Common Pleas and County Court of Common Pleas – Probate and Juvenile Divisions.