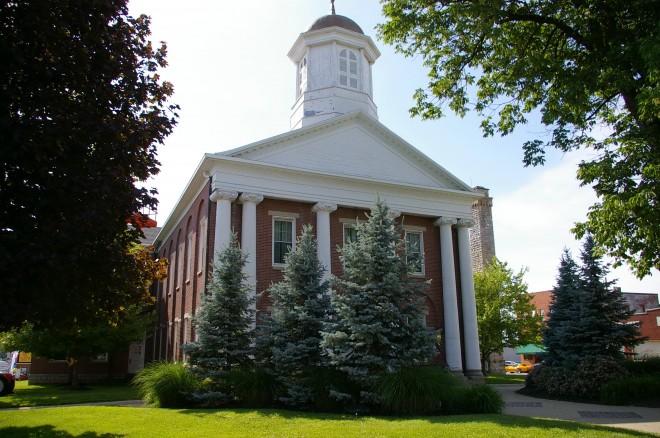 Highland County is named for the position of the country on high terrain.

Description:  The building faces east and is a two story dark red colored brick structure. The building is located on landscaped grounds in the center of the city. The east front has a wide portico with six white colored Ionic columns rising to a pediment at the roof line. There is a transom and fanlight above the large wooden double doors. Windows on either side of the door are rectangular in shape and are located within a recessed arch. Above each window and the door are rectangular windows with a lantern hung above the entrance. A drum rises from the pitched roof and supports a lantern with arched vents and capped by a small dome. A weathervane tops the tower. The roof is sloped. In 1883 to 1884, a red colored brick addition was constructed on the west side. The ornate chimneys were removed in 1961 by contractor Clyde Maines. The building was renovated in 1978. The architect was Wright-Keske-Kritscchgau, Inc.and the contractor was Great Oks Company Inc, The building is the oldest courthouse in Ohio which is still used as a courthouse. On the northwest side is the old jail which was constructed in 1894 to 1895. The stone mason was Jerry Foley.

Note:  In 1832, the bid was let to Jonathan Henry for $6,000.00 to built the courthouse.  Jonathon Henry died and Christopher Arthur completed the construction in 1834. The Building Commission did not accept the building until March 1835 by reason of disputed change order costs of $1,000.00. 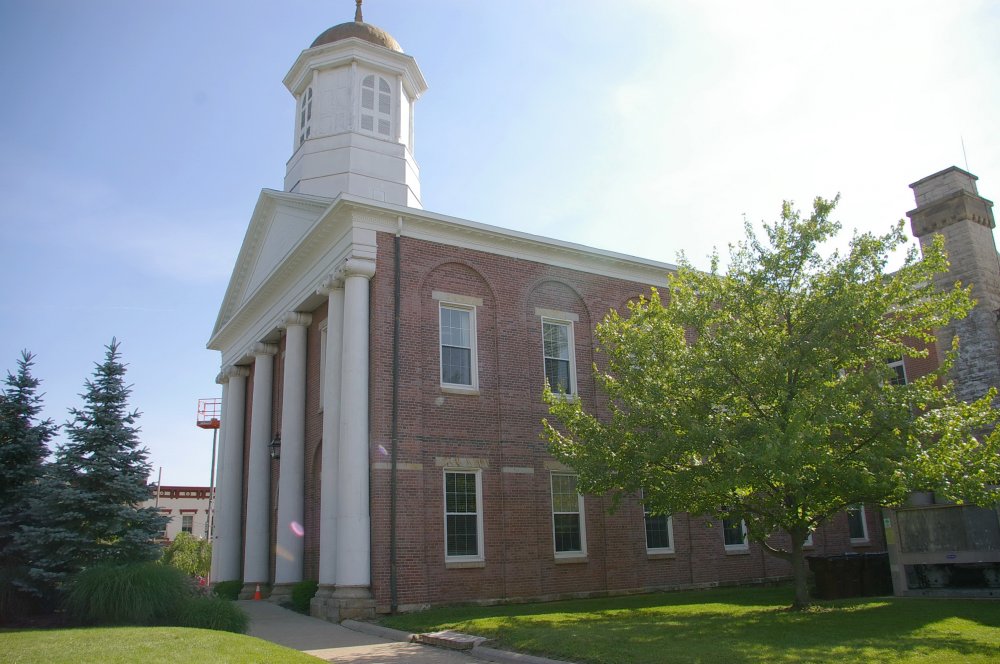 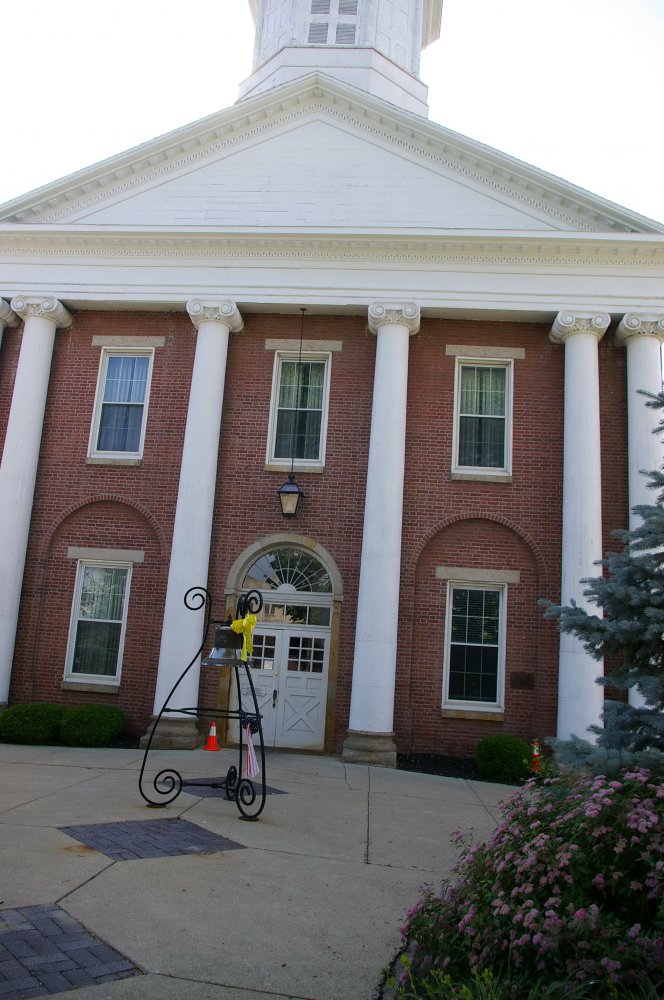 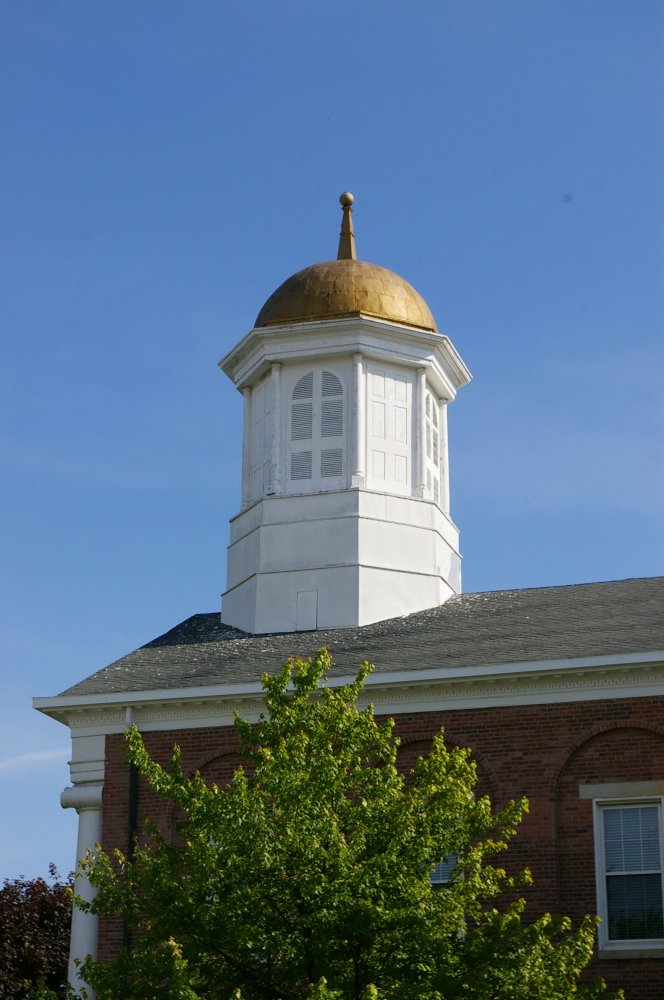 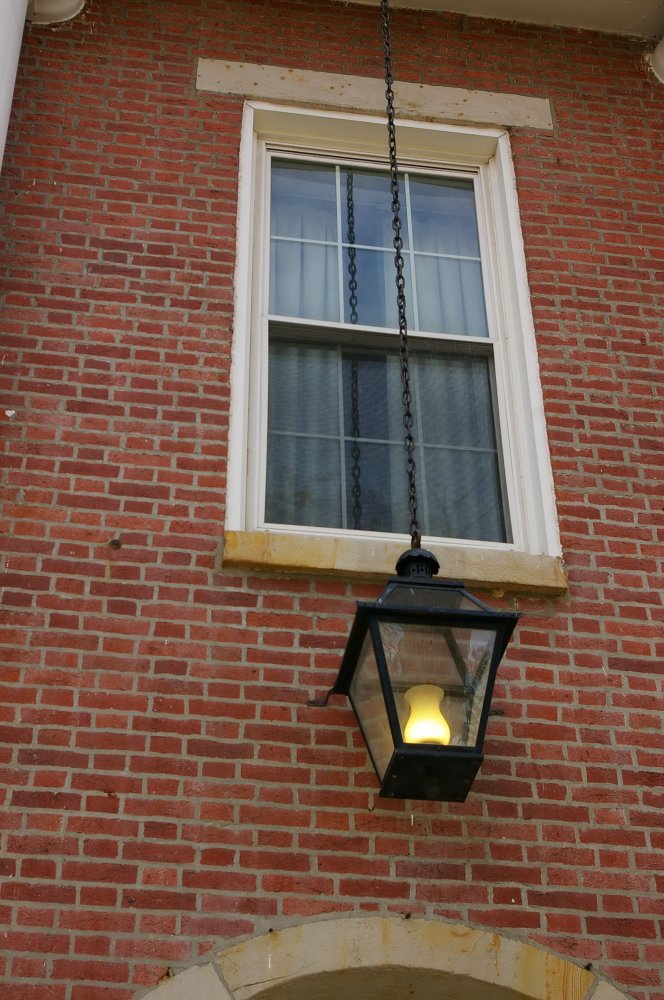 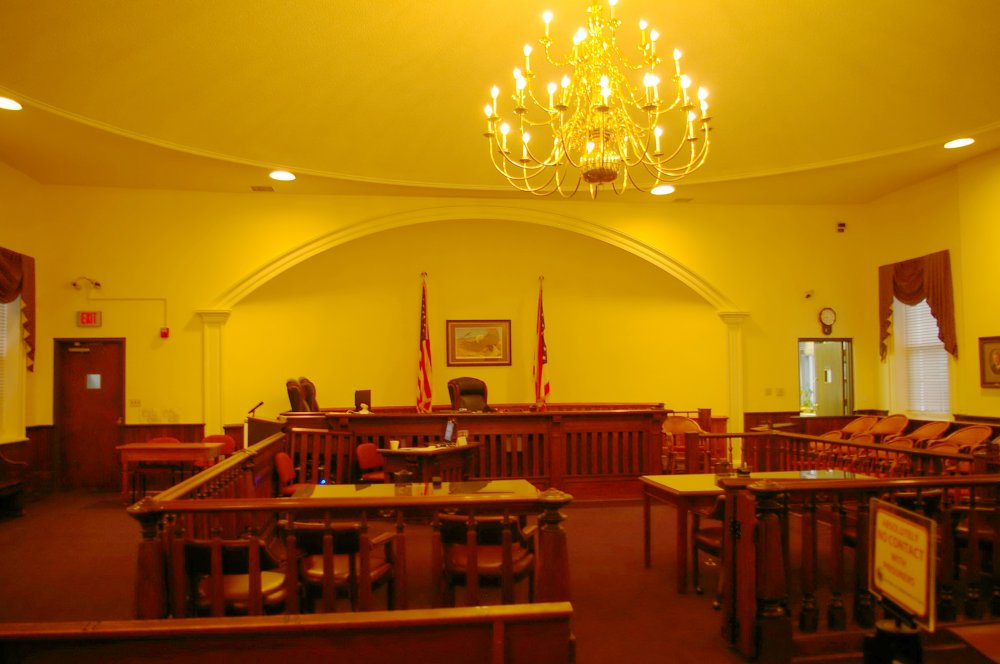 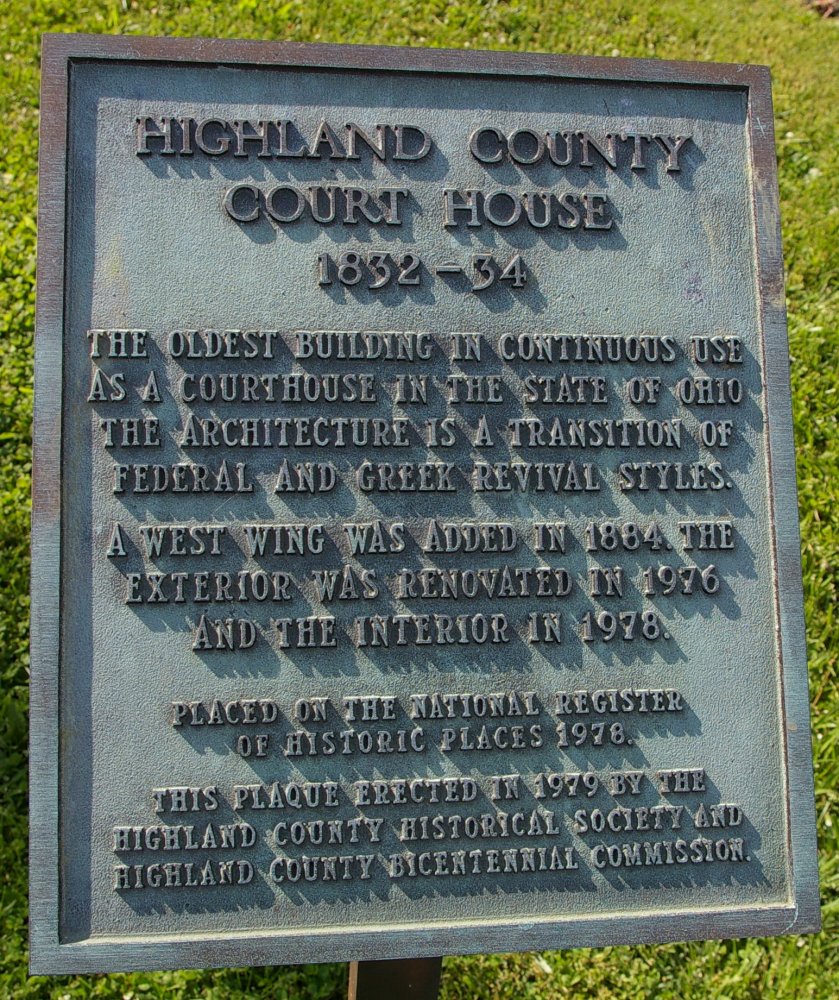 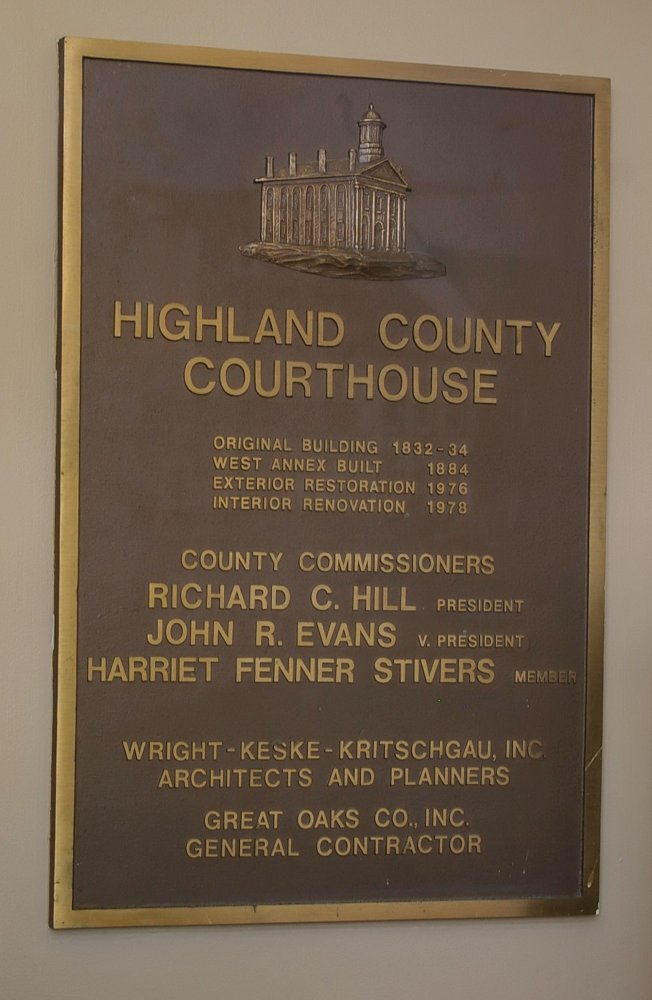 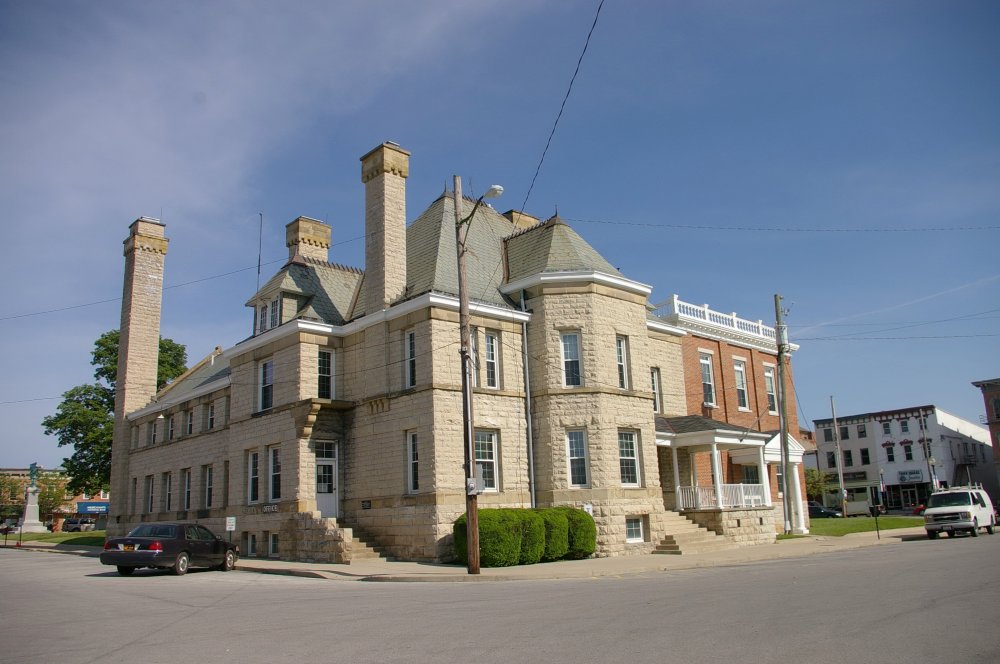