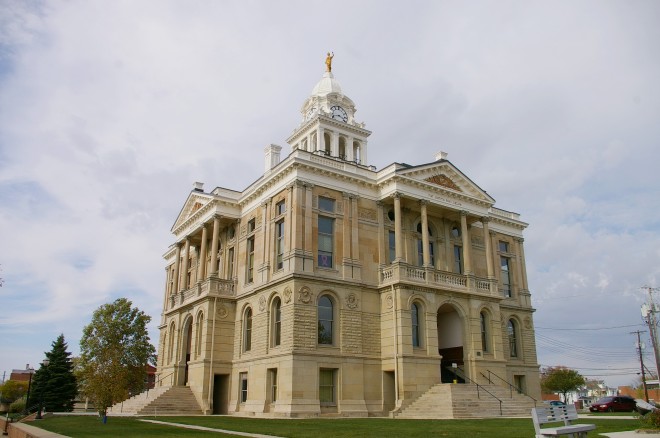 Description:  The building faces southwest and is a three story gray colored Bedford limestone structure. The building is located on landscaped grounds in the center of Washington Court House. The first story consists of smooth stone and rectangular windows. Each side has a portico supported by four columns rising on the second story to a pediment at the roof line and having a balcony on the second story. The pediment contains a tympanum decorated with a wreath surrounded by flags. The second floor contains arched windows set into rusticated stone blocks. Decorative carved wreaths are set between each window. The third floor is lined with smooth stones and is pierced by long rectangular windows topped by a small square window above. A decorative frieze runs along this floor between the windows and Corinthian pilasters frame each window. On the center of the building is a square clock tower containing s giant eight day Seth Thomas clock. At the top of the tower is a white colored dome with statue. Inside are murals painted by Archibald M Willard. The courtroom is located on the second story. The building houses the County Court of Common Pleas and County Court of Common Pleas – Probate and Juvenile Divisions. 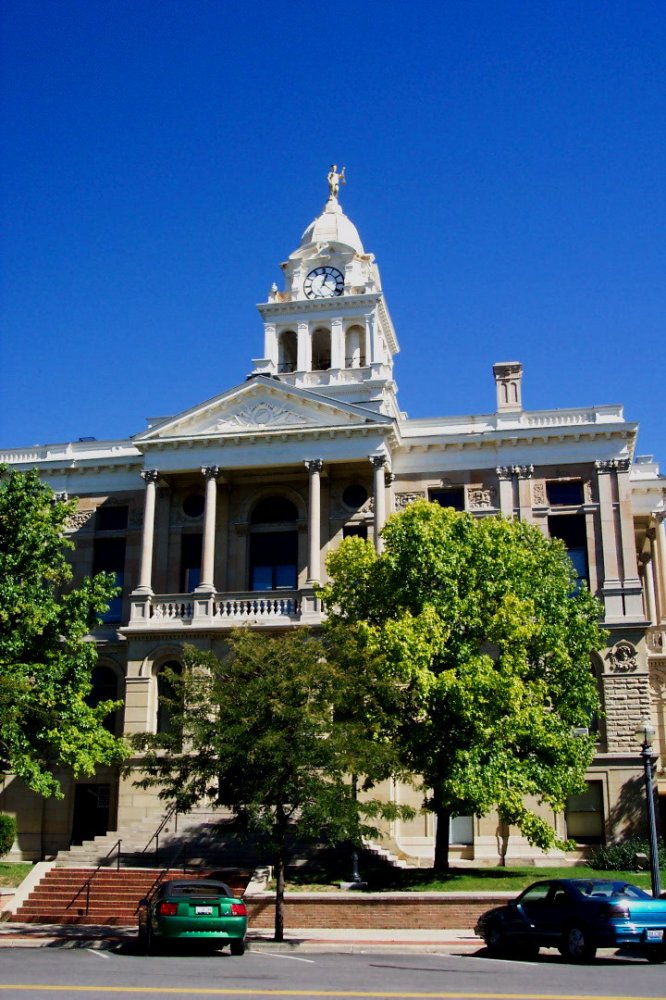 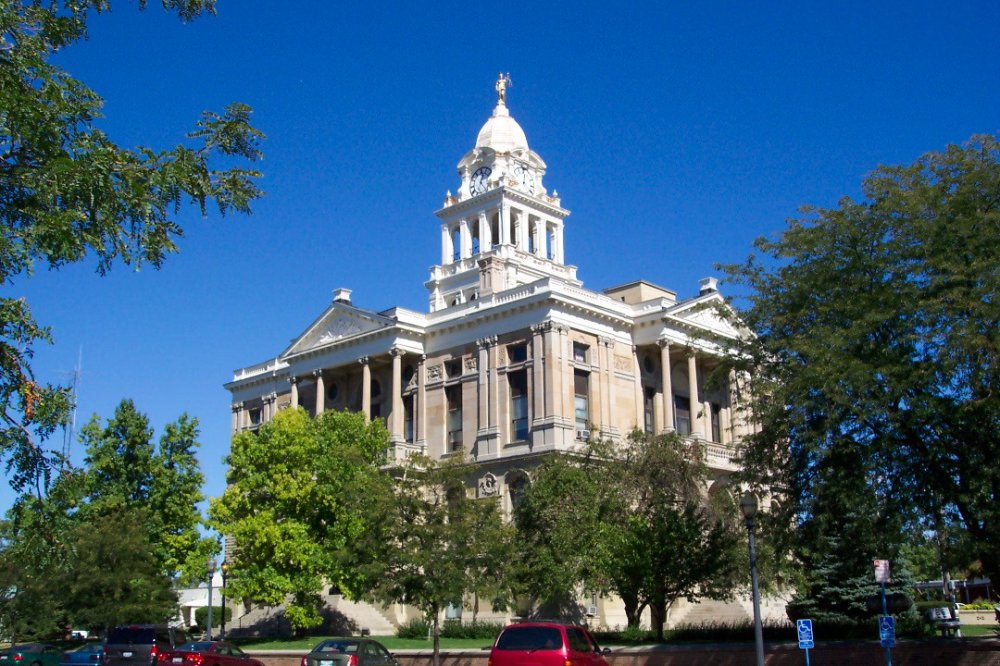 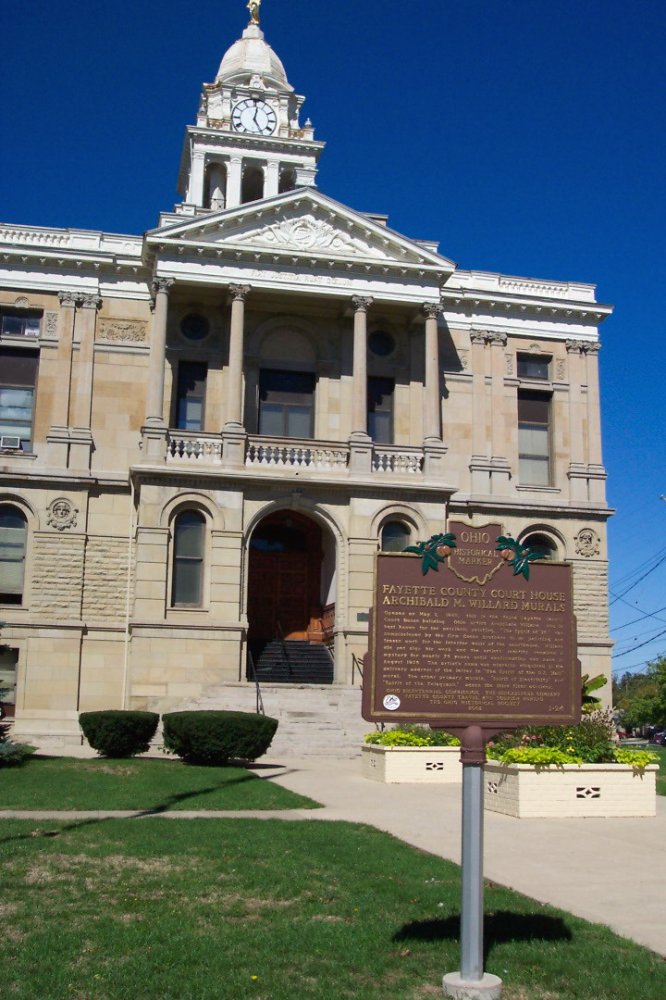 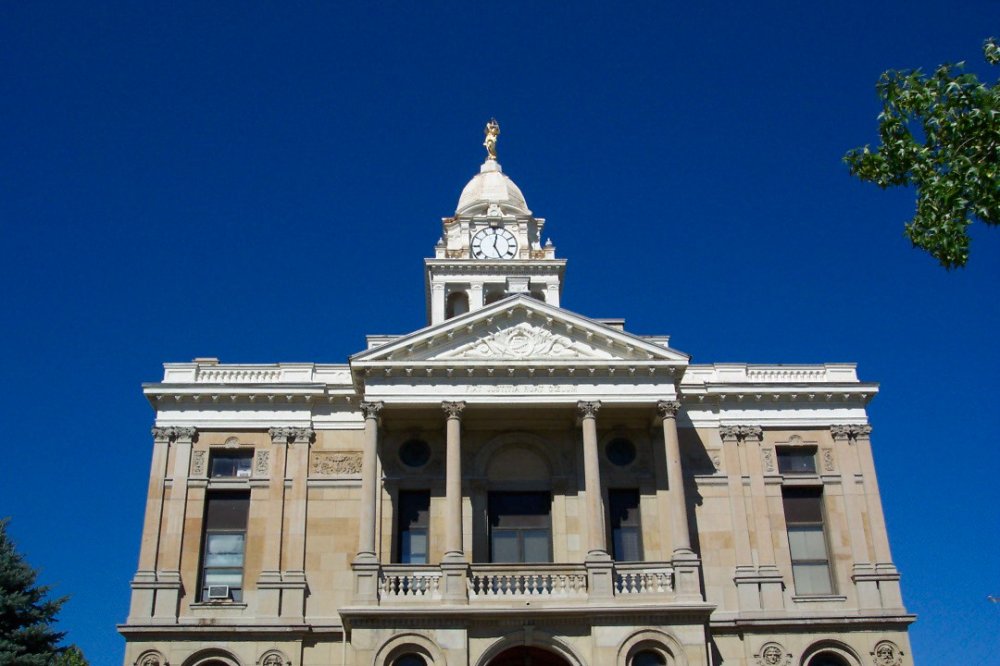 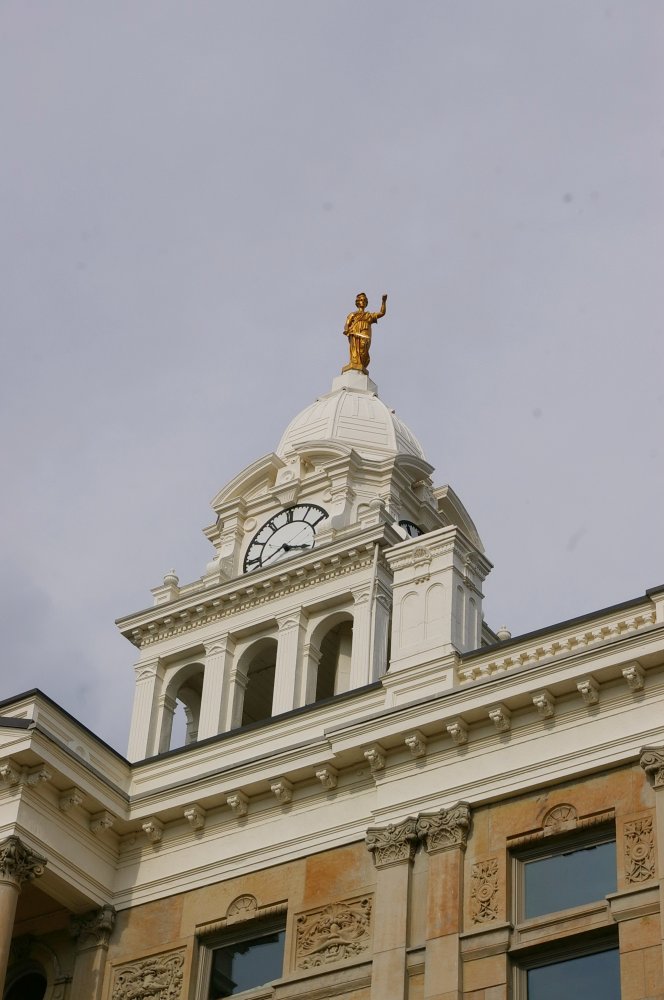 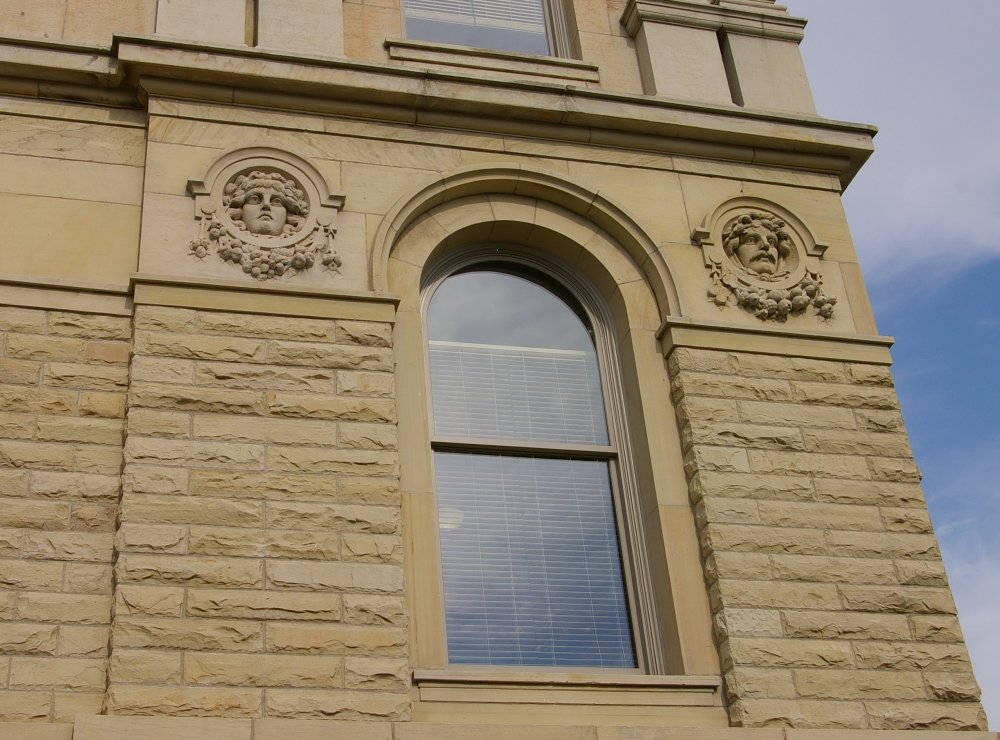 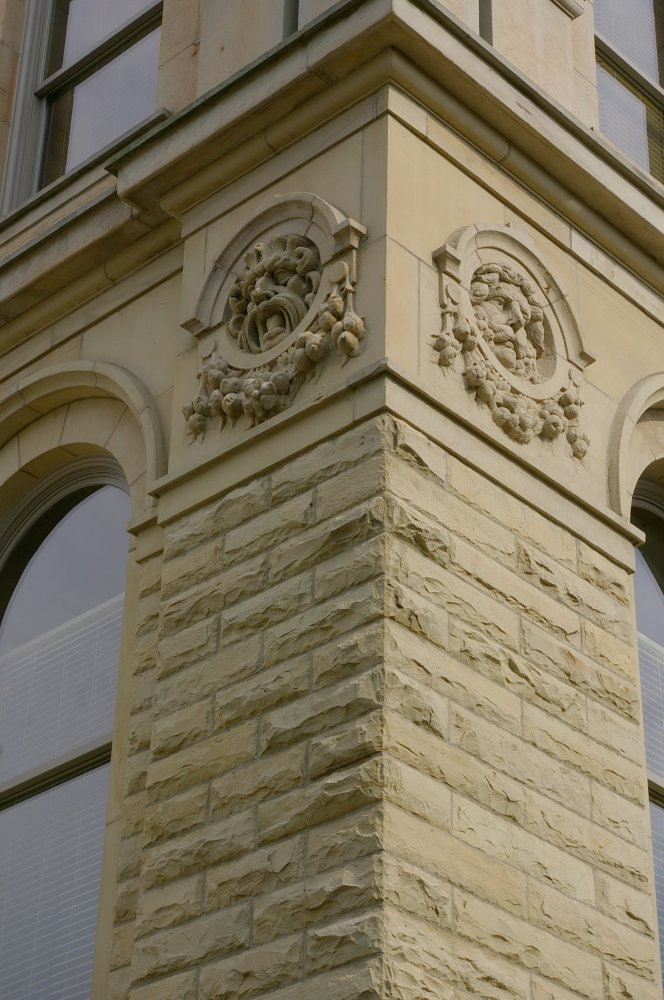 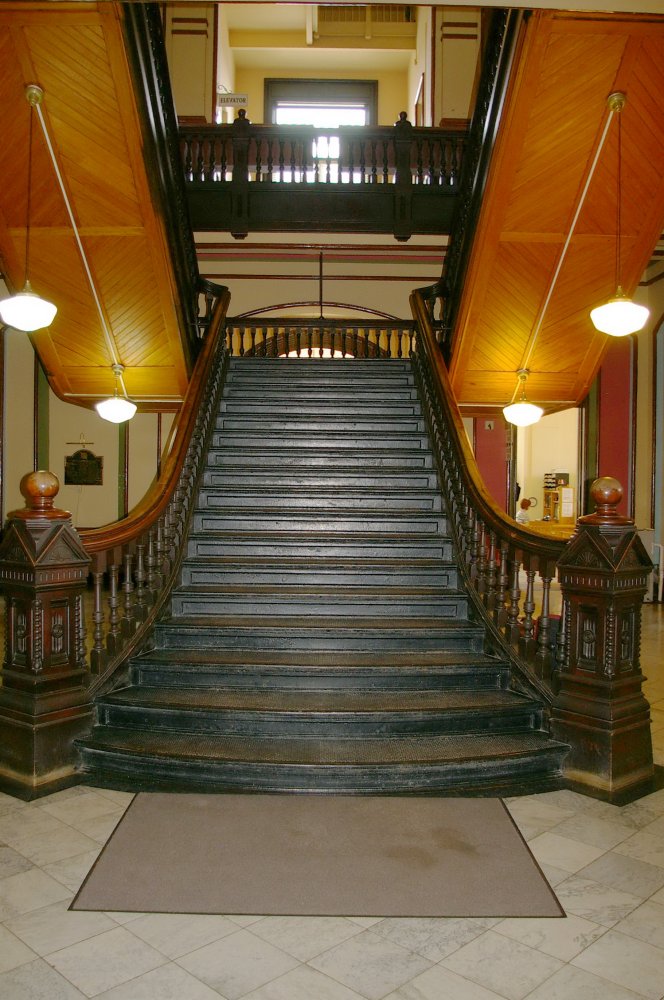 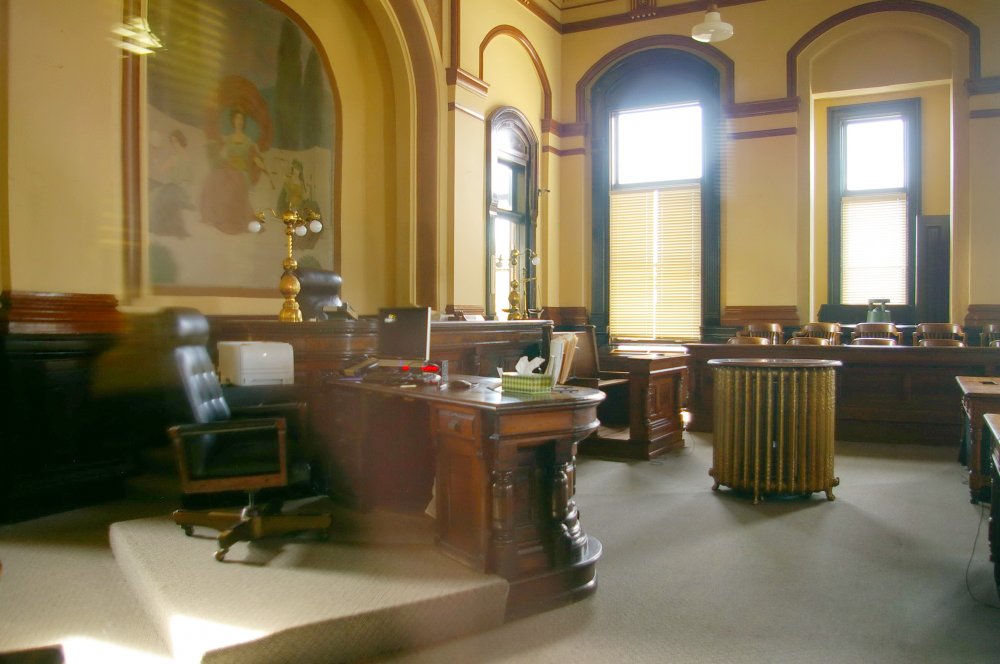 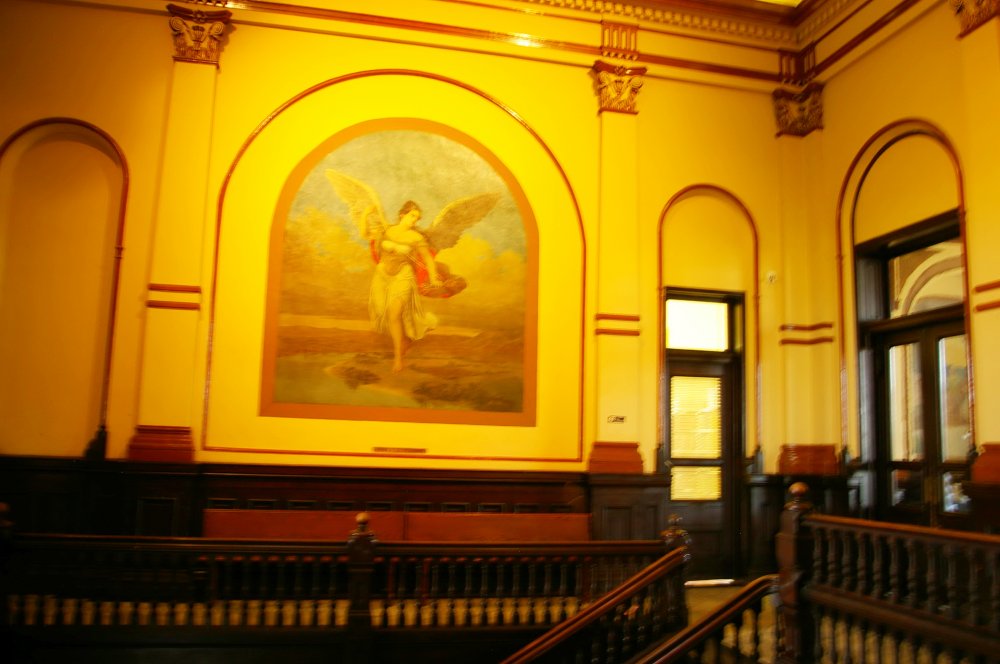 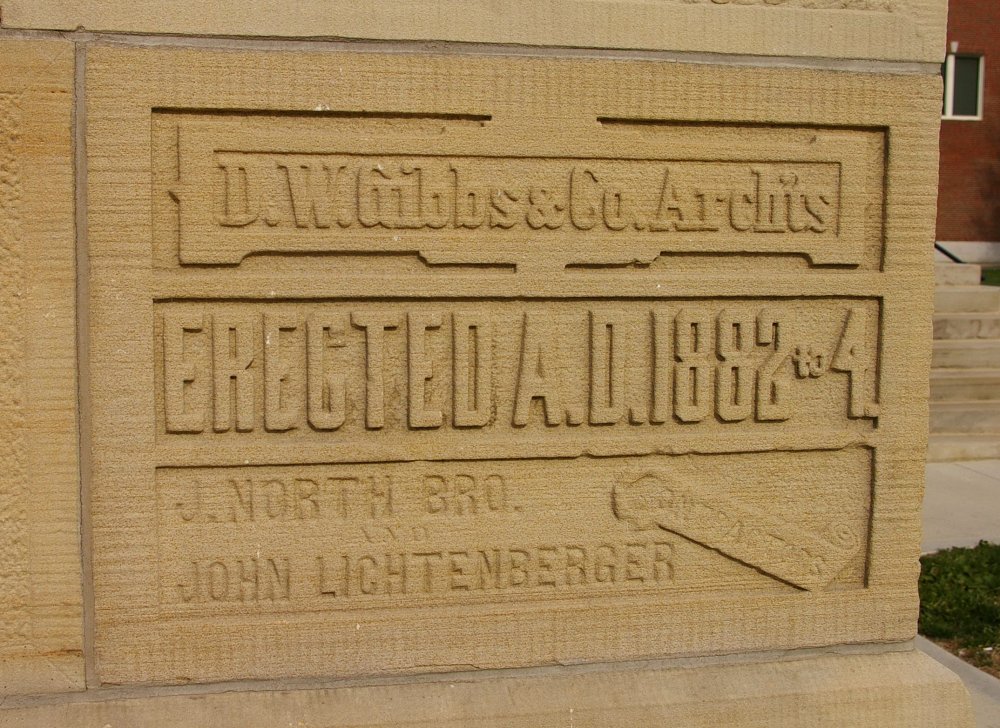 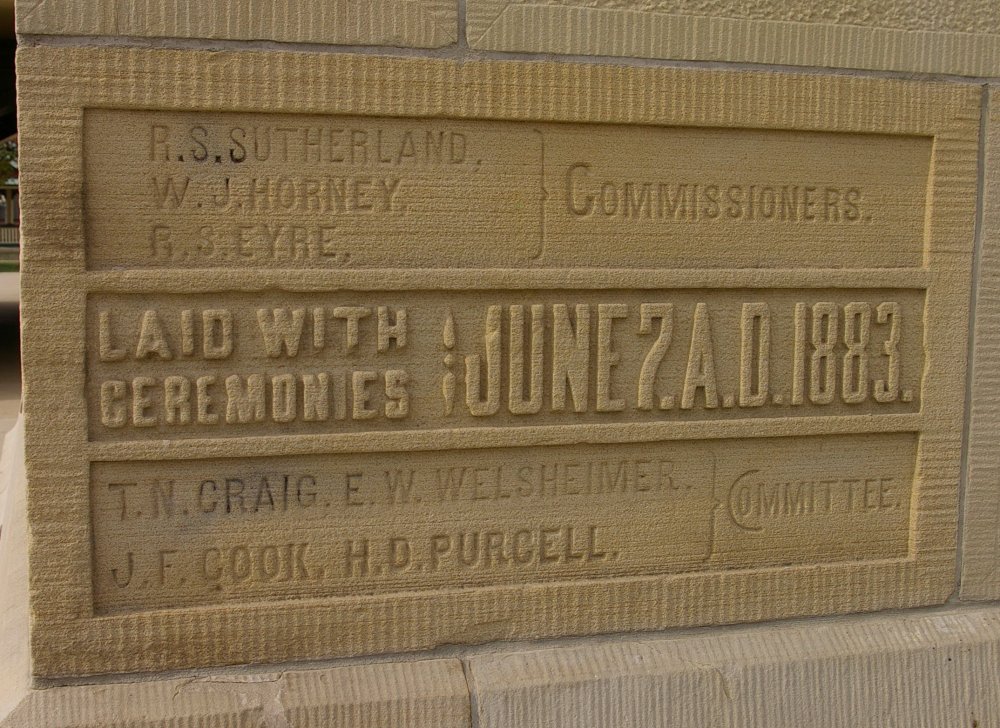