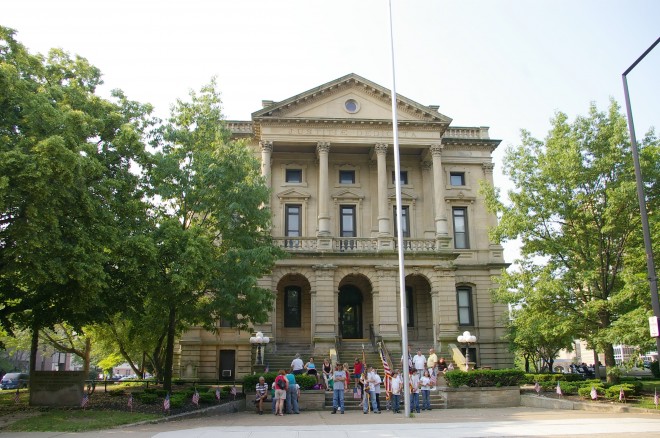 Lorain County is named for the Province of Lorraine in France and was named by Heman Ely, the founder of Elyria, after the area he visited.

Description:  The building faces north and is a three story Amherst Sandstone structure. The north front has three arches on the first story with recessed entrance. Four columns rise from the second story to the top of the third story with pediment above at the flat roof line.

Note:  In 1943, the dome was removed from the building. The architect was Walker & Weeks.

See:  The architect, Elijah E Myers of Philadelphia, also designed the now demolished courthouse in Seneca County, Ohio and in Illinois in Knox County and McDonough County and in Indiana in Grant County.. 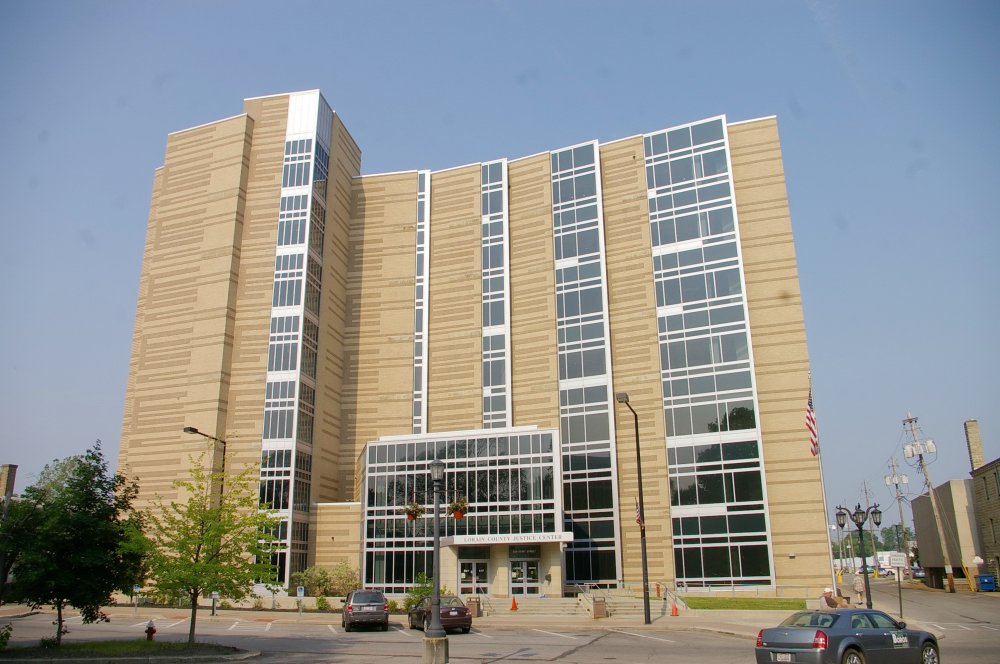 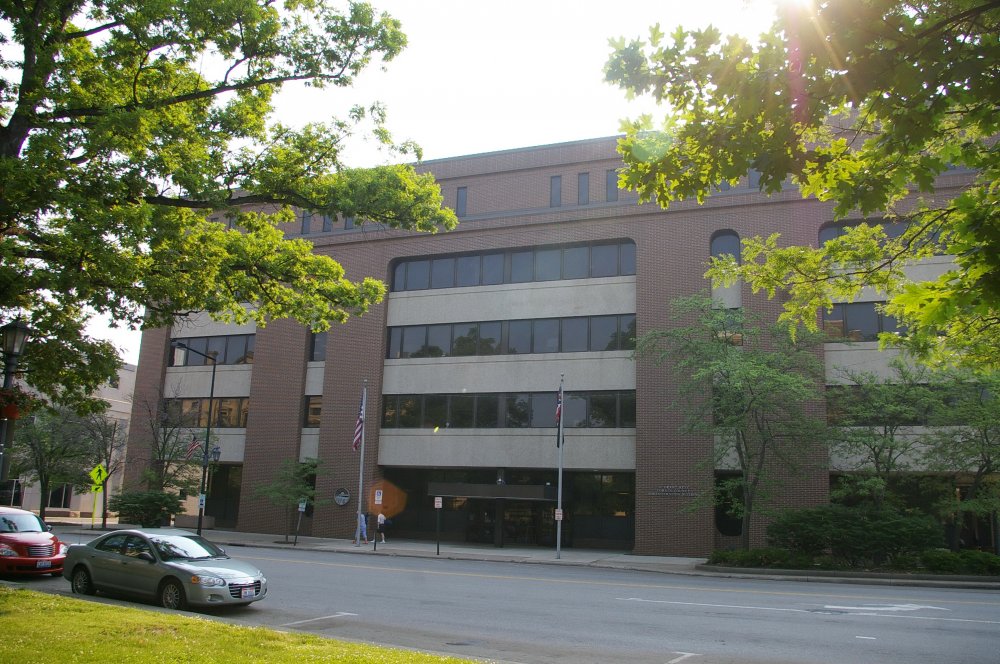 Description:  The building faces west and is a four story steel, concrete and glass structure. 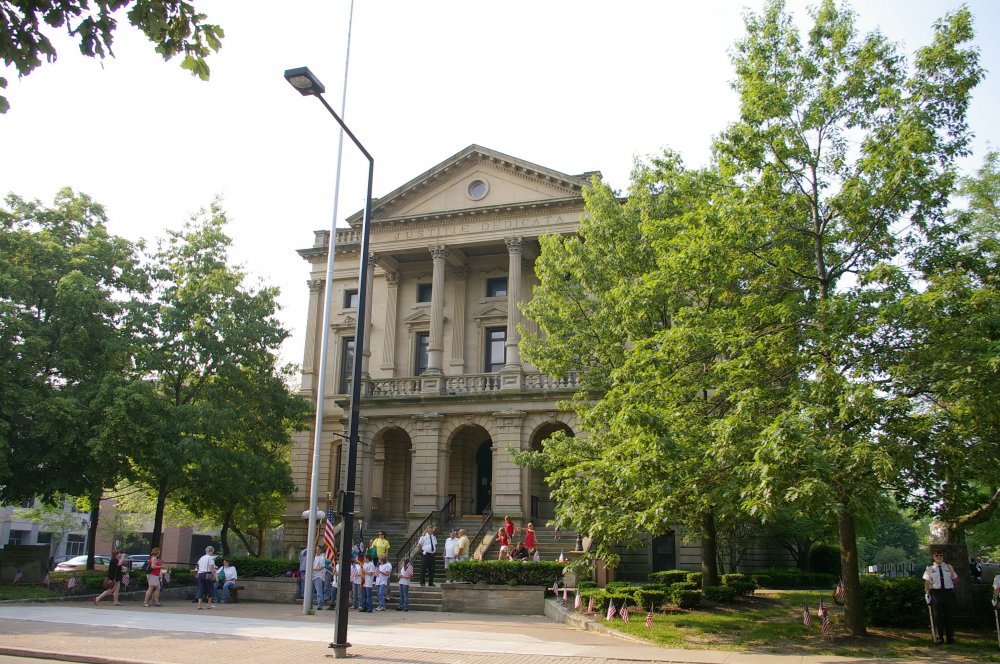 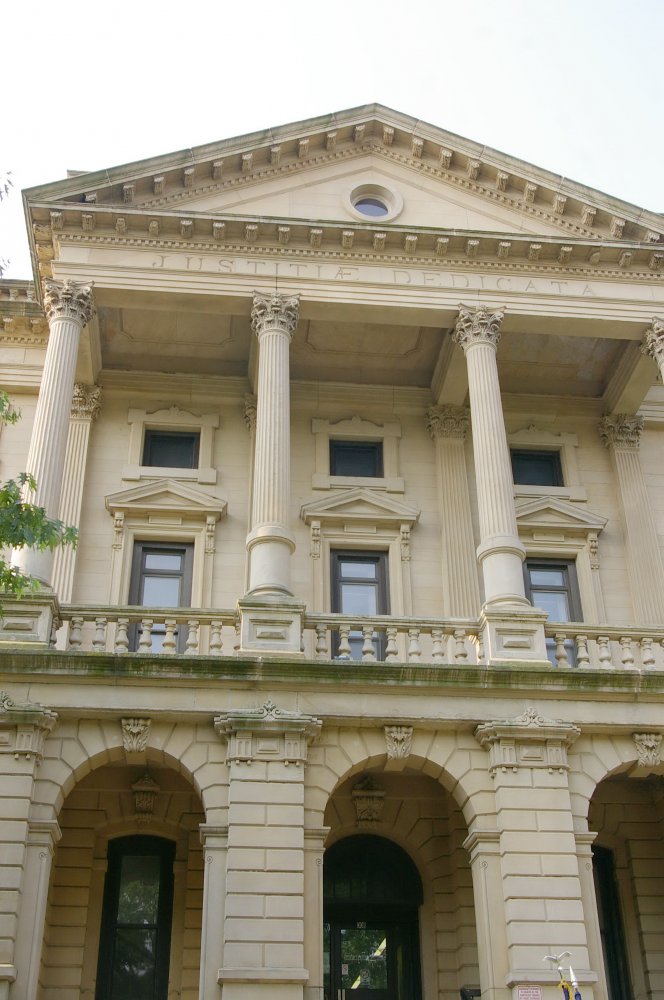 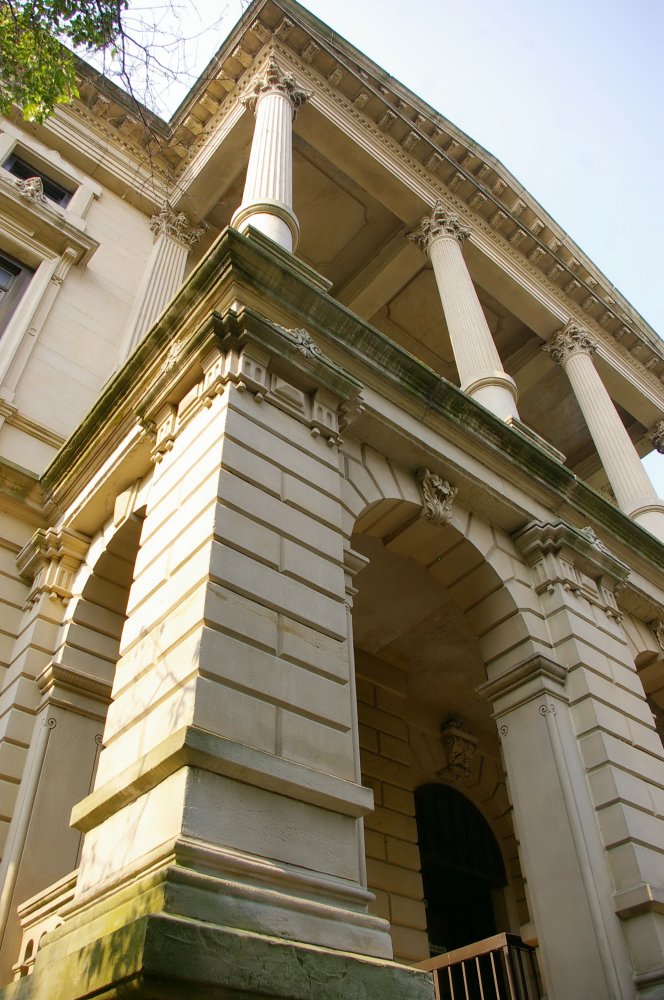 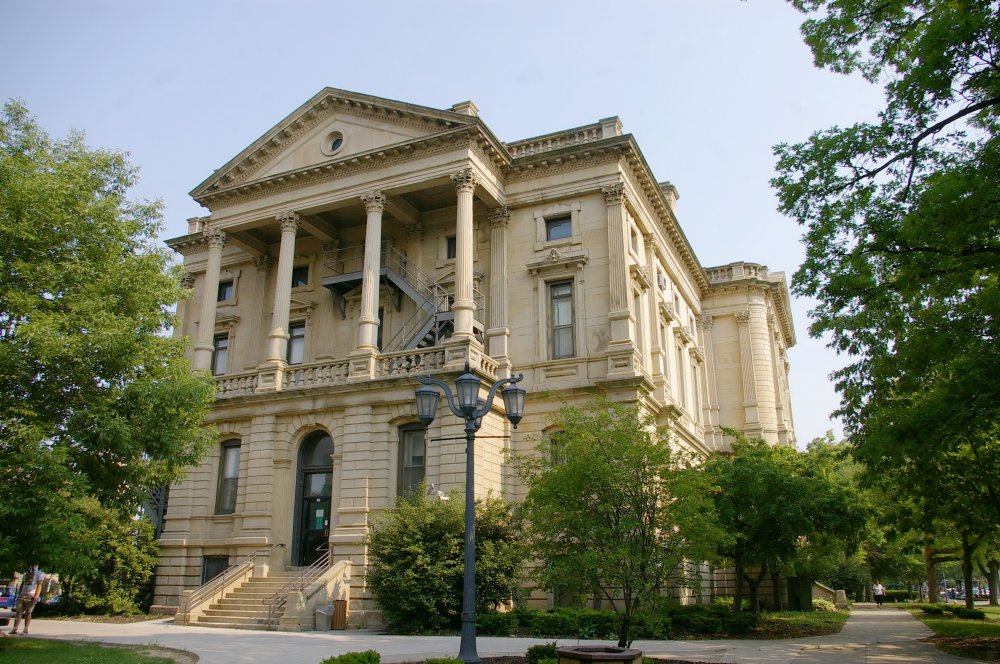 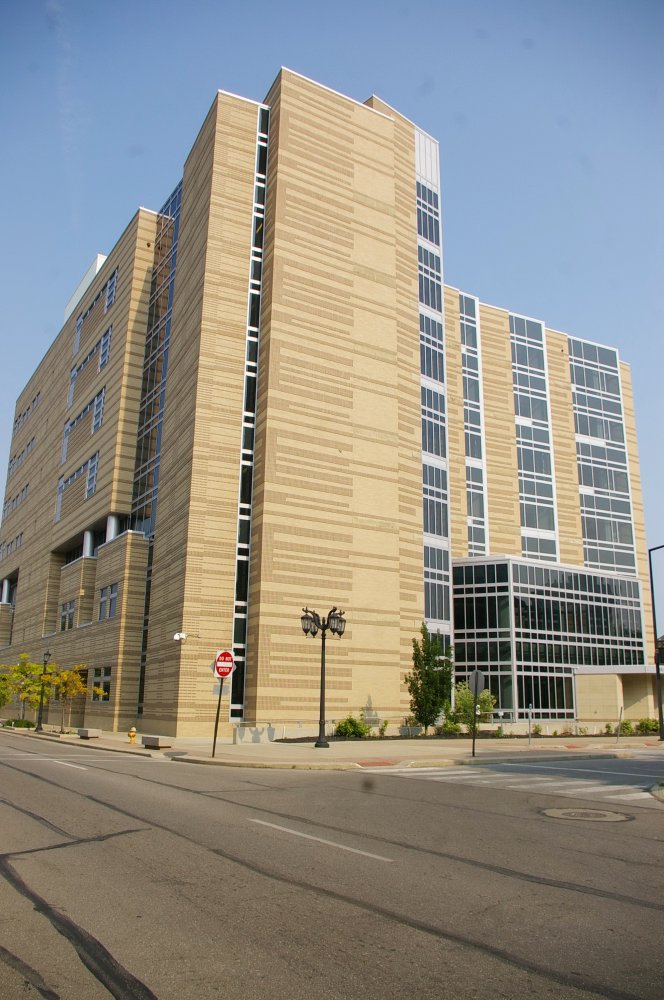 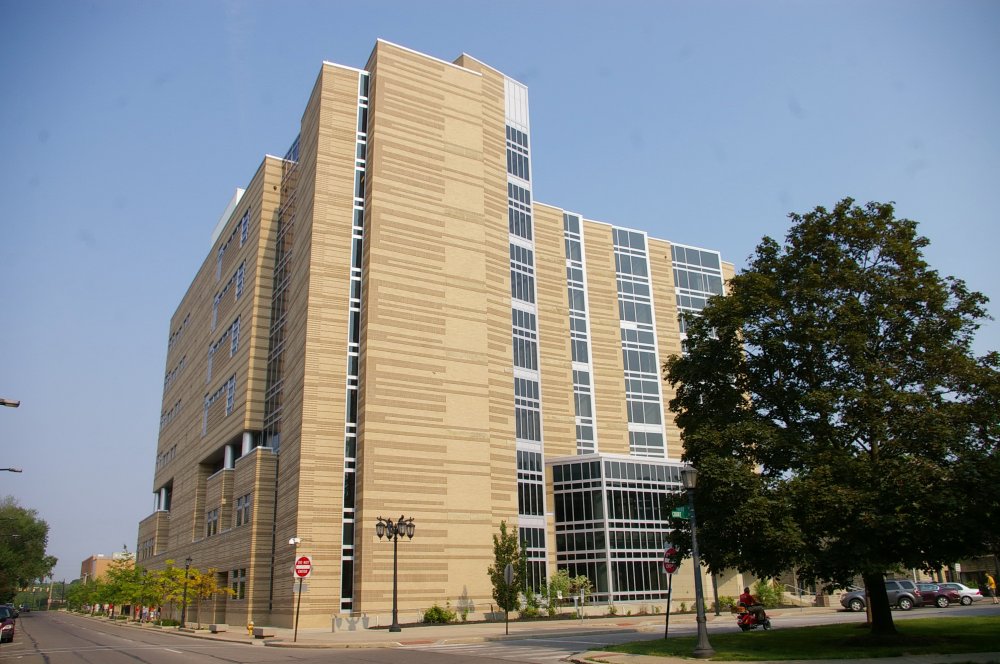 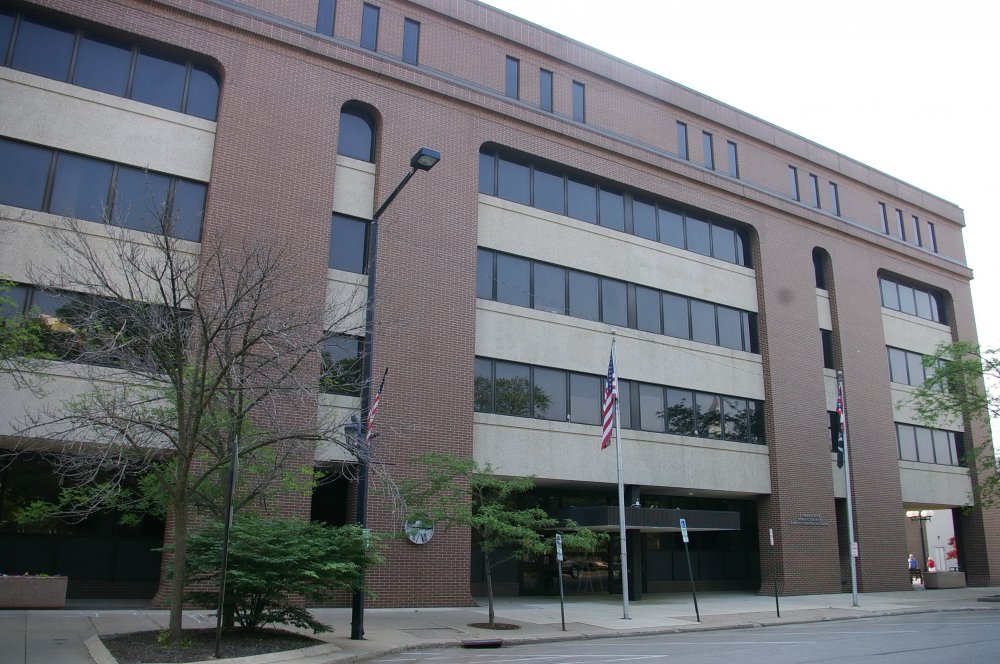