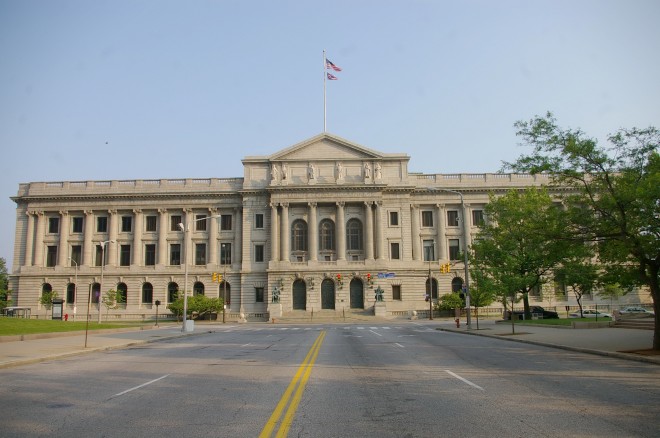 Cuyahoga County is named for the Cuyahoga River which means “crooked river” in the Iroquoian language. 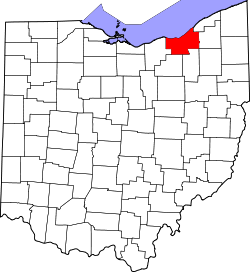 Description:  The building faces south and is a three story stone and concrete structure. The exterior is Milford pink granite from Massachusetts. The rusticated masonry of the ground floor includes deeply recessed and arched windows and doors. A protruding keystone tops each one. The east front has a large projecting center section with three arched entrances on the first story and six columns on the second and third stories with three large arched windows. Along the top of the header are six stone statues of historical law givers with pediment rising above the roof line. Two of these figures, of Edward I and John Hampden, were sculpted by Daniel Chester French. The frieze of the cornice includes the inscription “Cuyahoga County Courthouse”. The rear elevation facing Lake Erie is composed similarly, but with the inscription “Liberty is Obedience to Law”. A balustrade runs along the flat roof line. The building has three rectangular shaped courtyards. The interior has a grand three-story central court with vaulted ceilings, marble Ionic columns and balustradeed mezzanine. An elegant curving marble staircase rises past a large stained glass window representing Law & Justice. The front entrance is flanked by bronze statues of Thomas Jefferson and Alexander Hamilton sculpted by Karl Bitter. The interior design was completed by Charles N Schweinfurth.

See:  The architect,  Israel J Lehman and Theodore Schmitt of Cleveland, designed the old courthouse in Kentucky in Fayette County.

Description:  The building faces north and is a twenty-six story glass, stone and concrete structure. The building is located on landscaped grounds in the center of Cleveland to the south of the courthouse. The complex occupies a city block with the Courts Tower at the northeast corner. The square shaped tower has recessed corners, granite veneer and horizontal windows rising 420 feet to a flat roof line. The lower three stories have vertical concrete dividers between the vertical glass walls. The building has 44 courtrooms and 9 hearing rooms divided between the Cleveland Municipal Court and the County Court of Common Pleas. The building houses the County Court of Common Pleas. The building was refurbished in 1995. On the south side is the Cleveland Police Headquarters Building designed by Richard L. Bowen and Associates. Located in front of the building is the Isamu Noguchi sculpture, Portal, one of the most recognizable symbols of the Justice Center. On the west side is the Correction Center.

Description:  The building faces northwest and is a nine story glass and concrete structure. The building is located on landscaped grounds to the east of the center of Cleveland. The northwest front has a two story entrance section with dome on the roof. The two story section curves around the front and behind risers the central tower with large vertical glass section and flat roof line. The main building curves behind the tower and has a flat roof line. The building contains 26 courtrooms. The project manager was CBRE / Heery.

Note:  The old County Juvenile Detention Center is located on the northeast corner of East 22nd Street and Central Avenue. The buildings were designed by Frank W Bail Company and constructed in 1929 to 1931 and presently stand vacant. 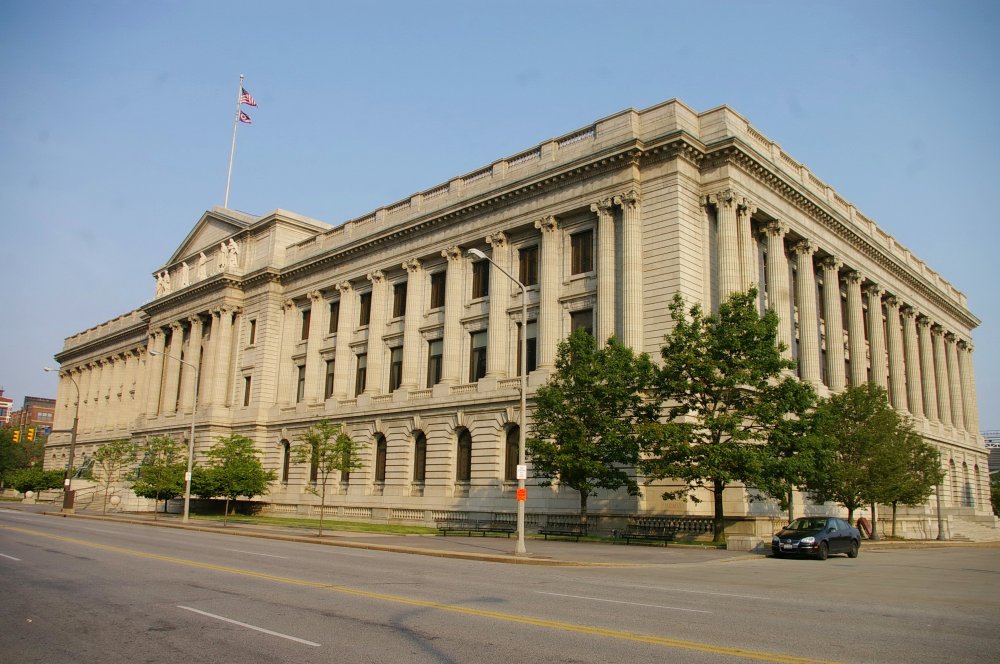 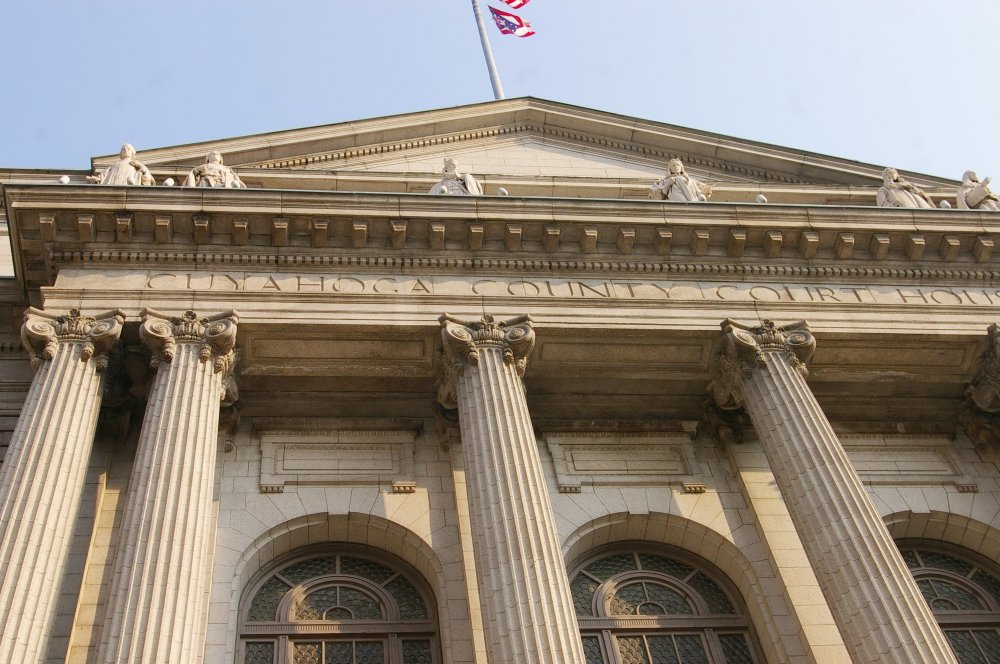 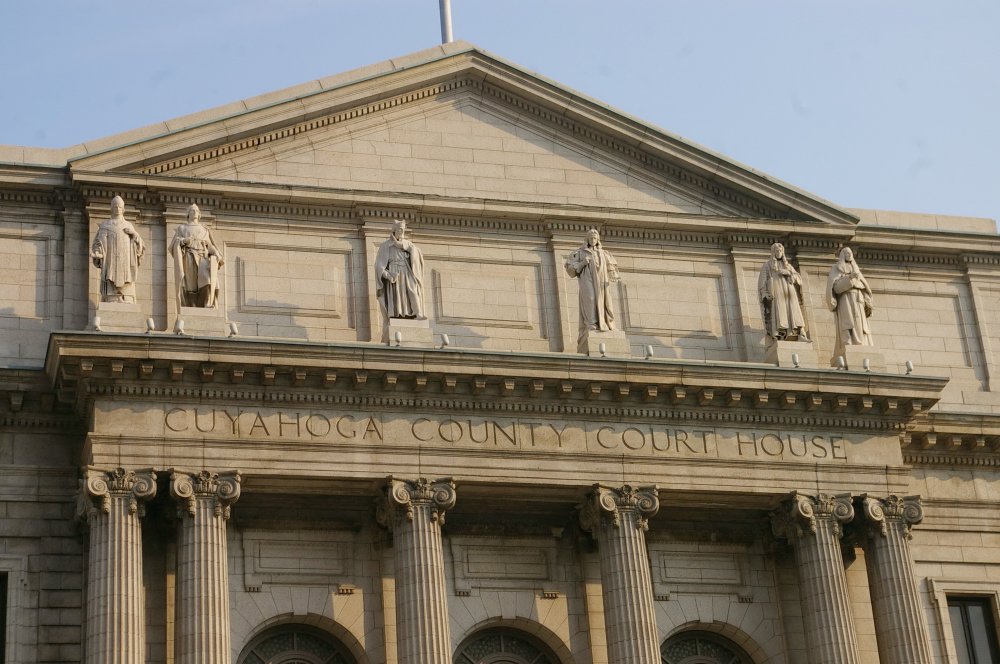 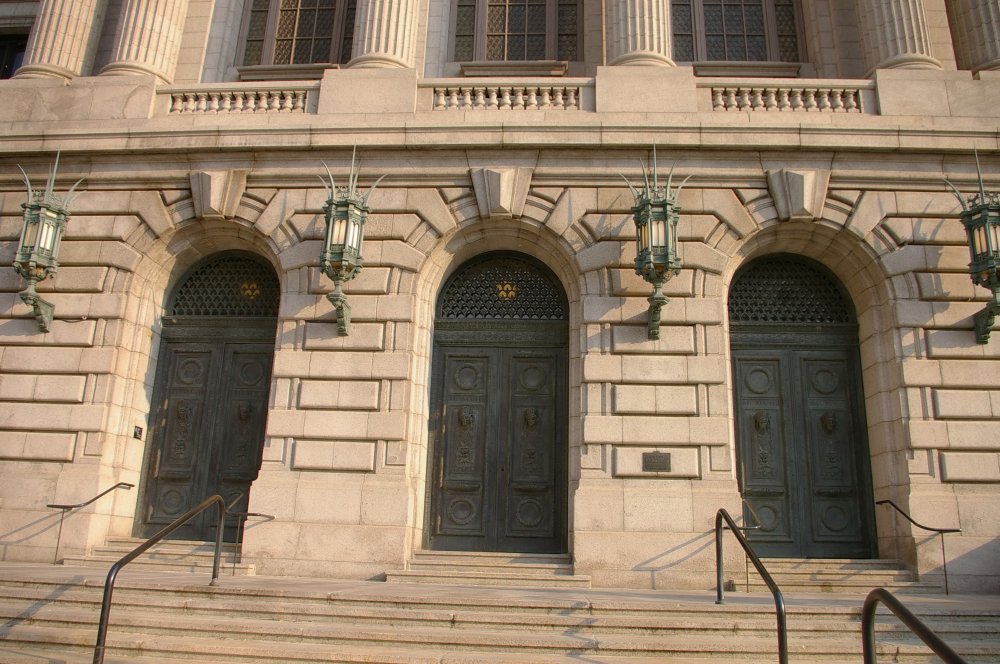 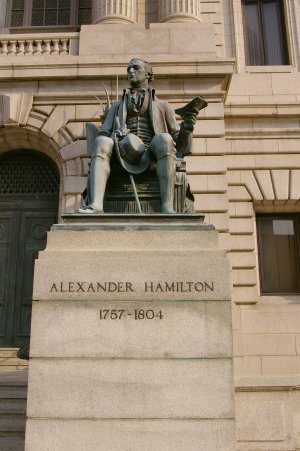 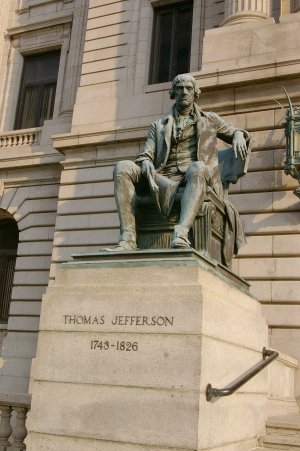 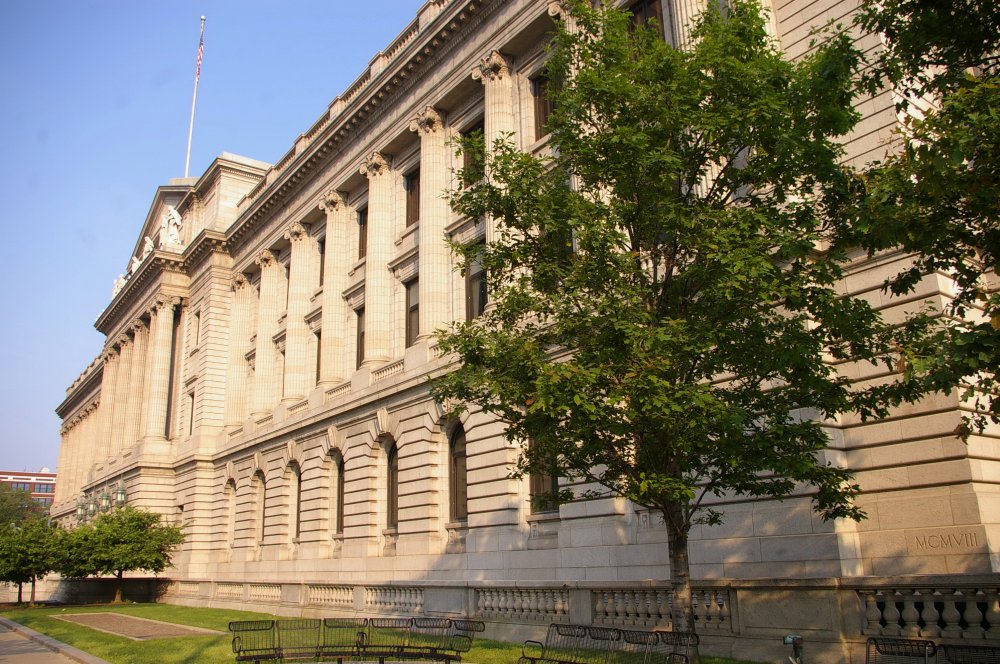 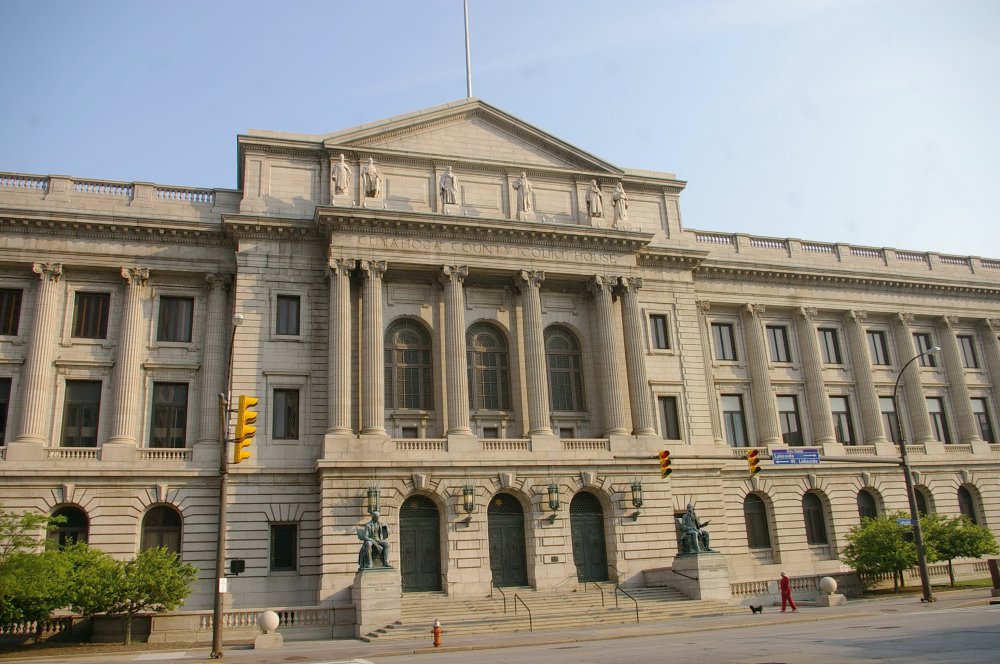 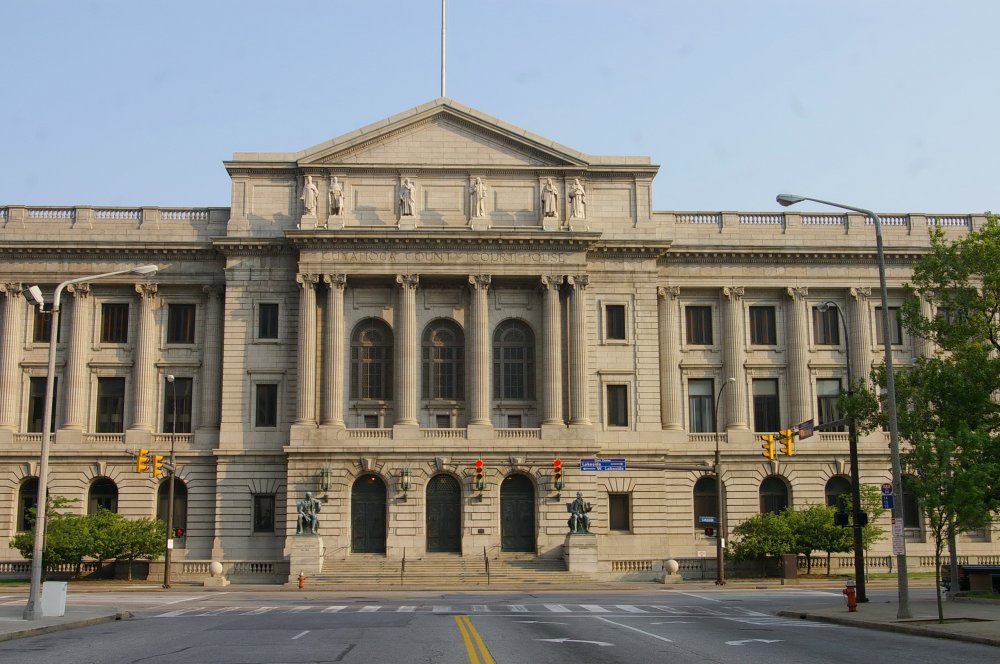 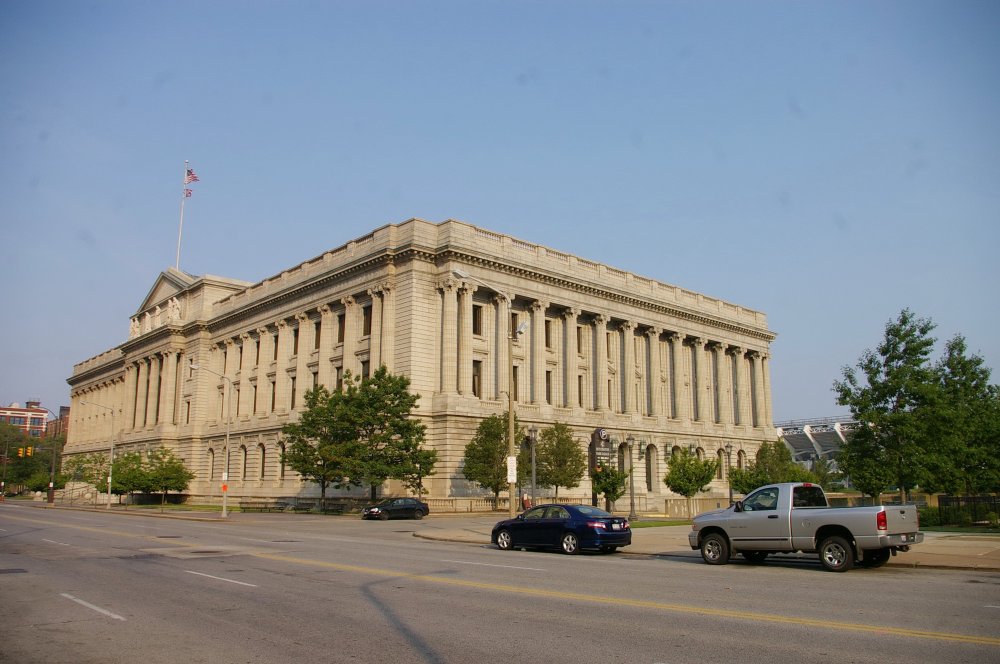 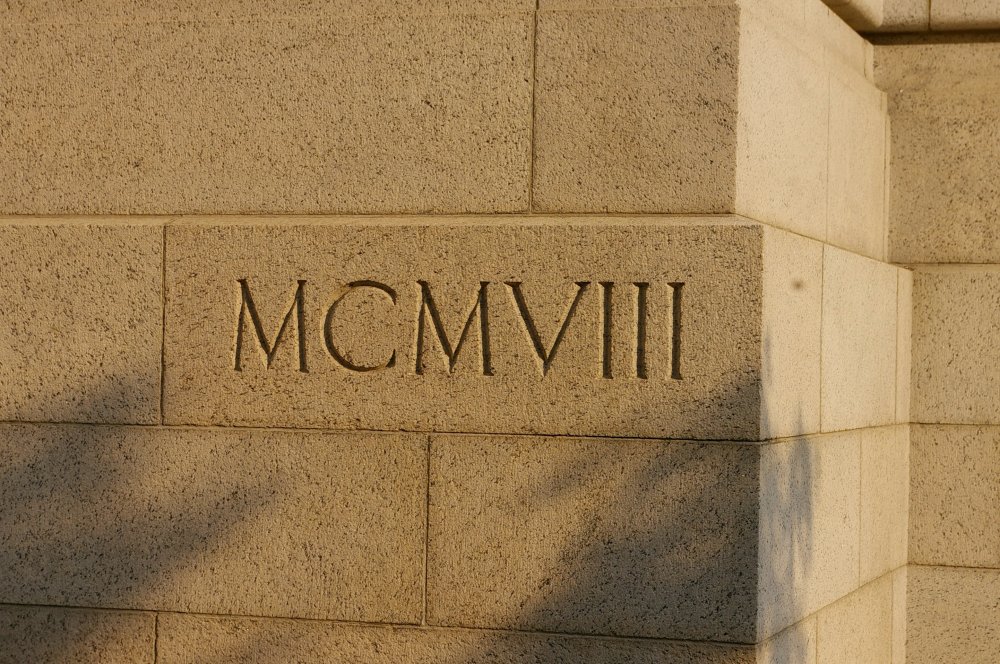