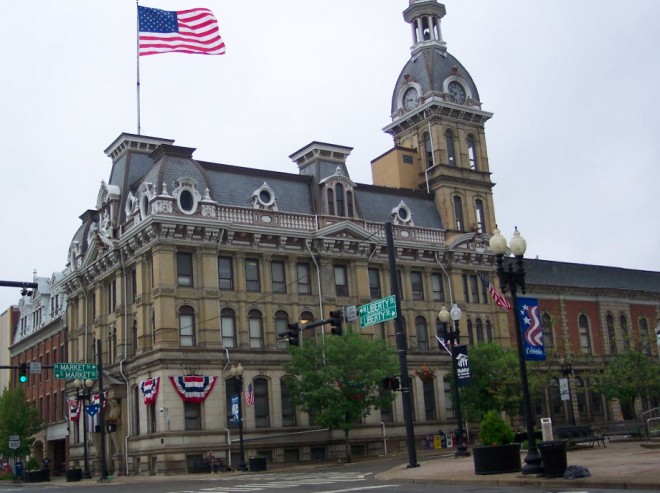 Wayne County is named for Anthony Wayne, who was a General in the American Revolutionary War, and who lived from 1745 to 1796.

Note:  On the southern side sits a broken pediment with a griffin peering out below. Resting on the pediment are two figures representing Justice, one holding the scales of justice, the other the Ten Commandments. 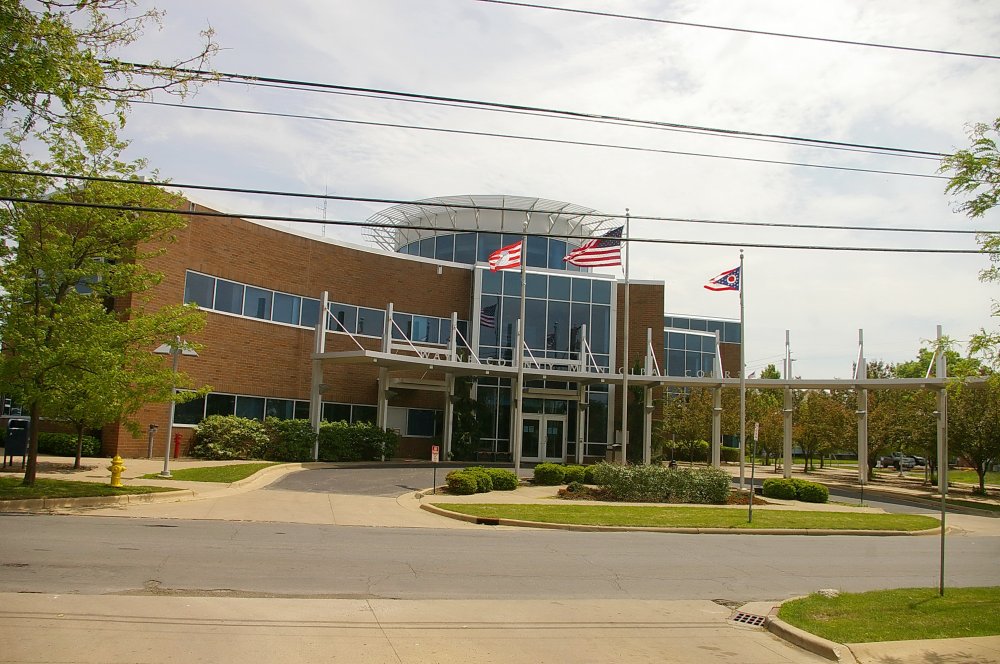 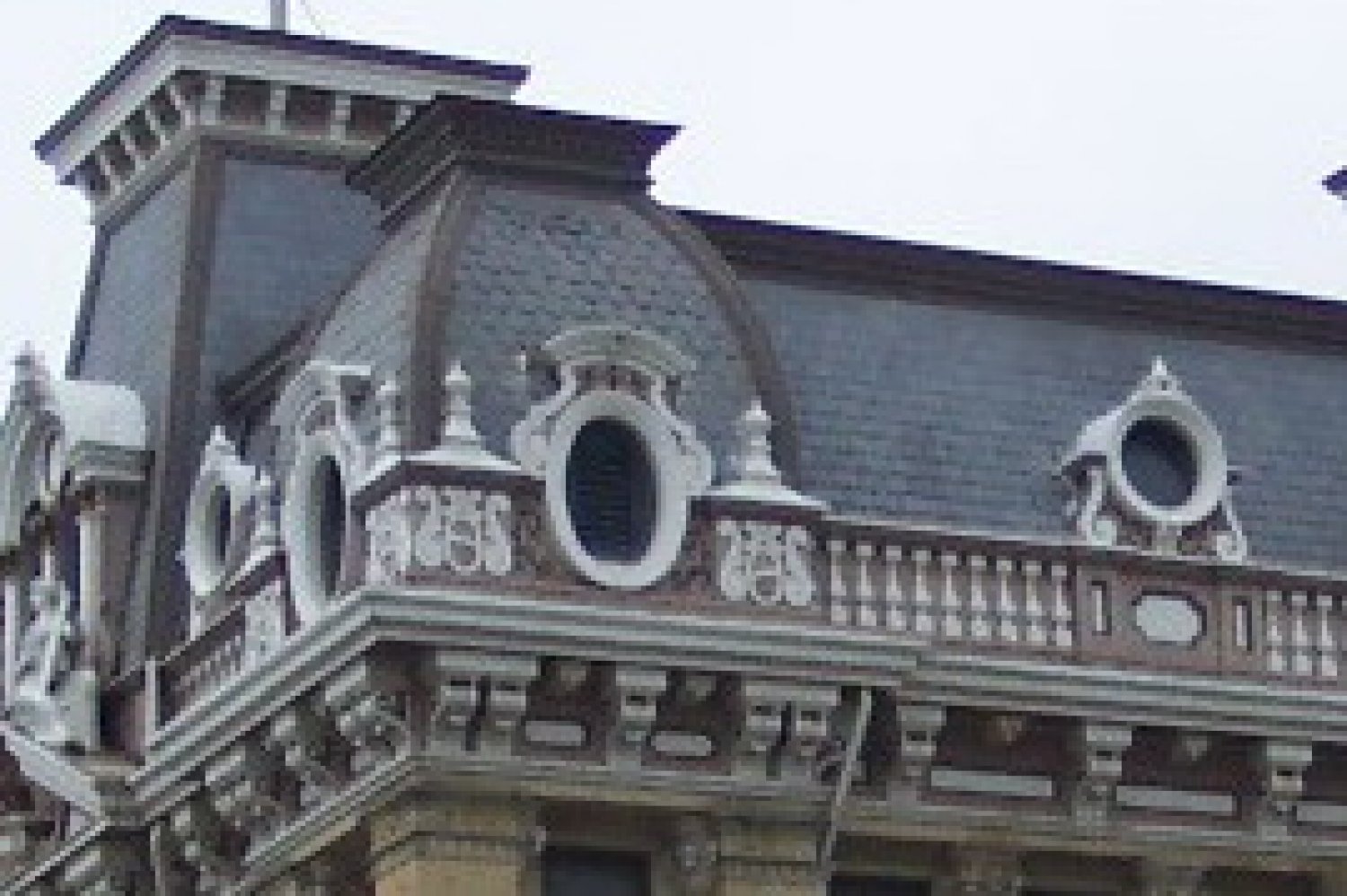 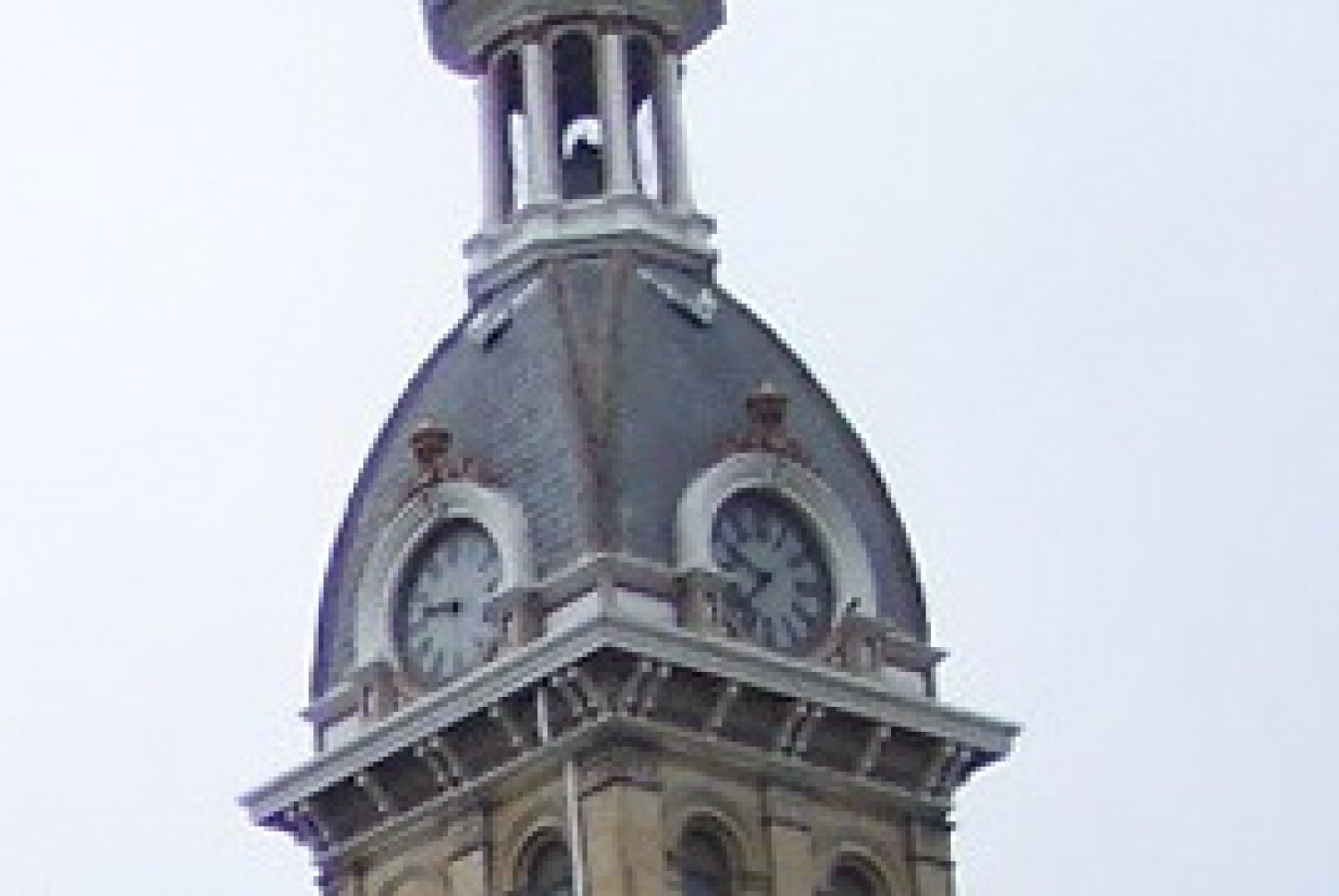 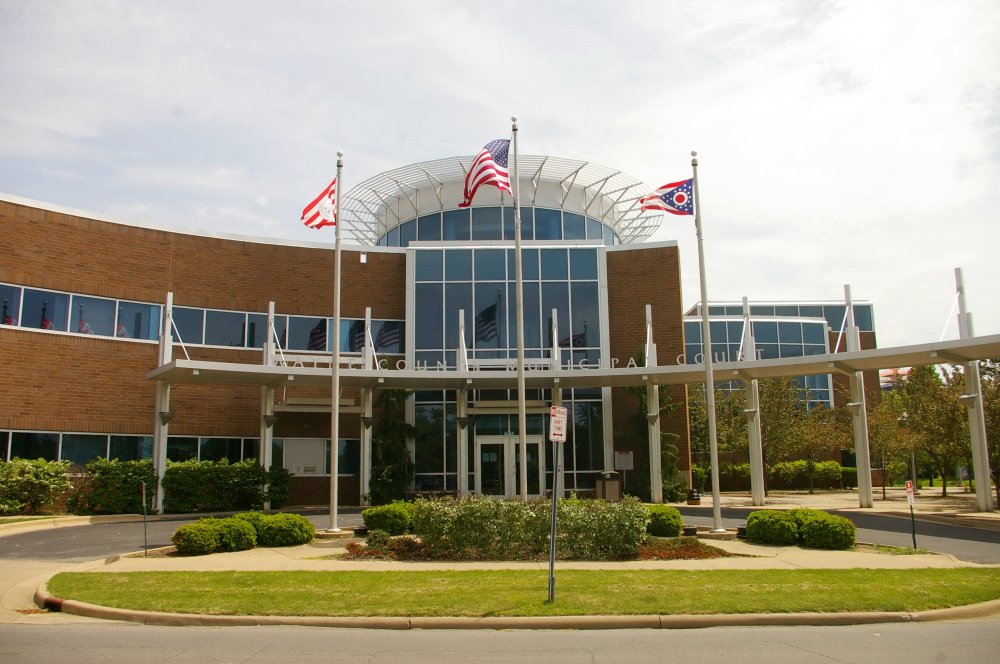 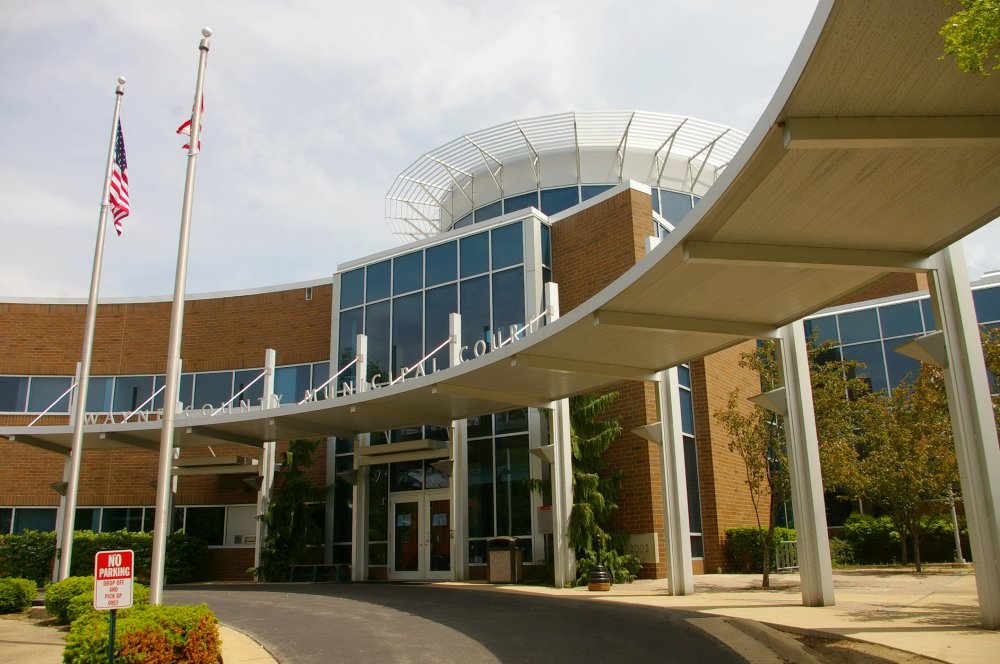 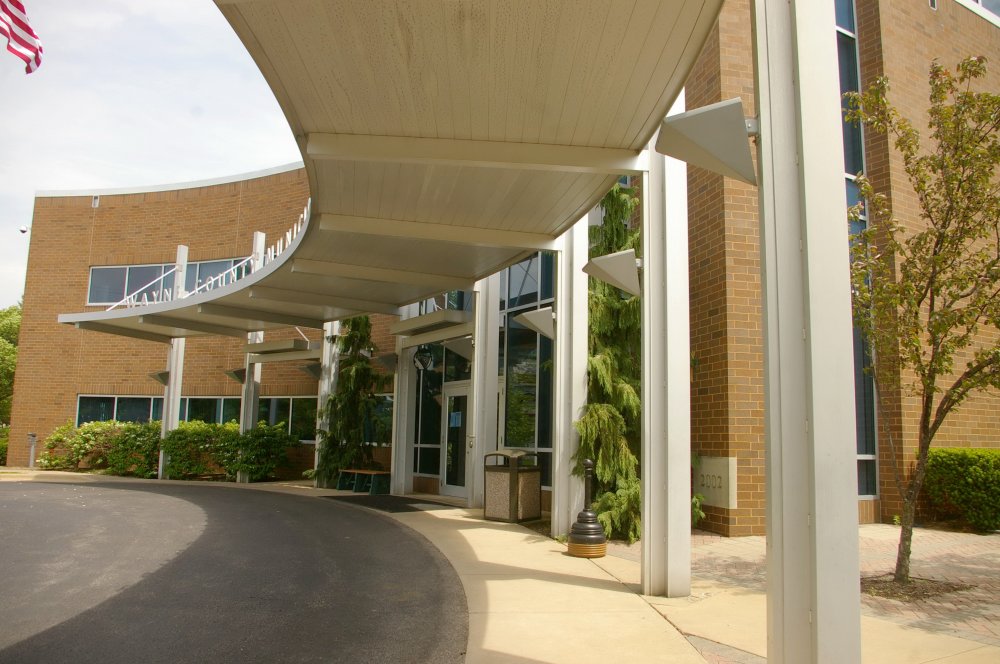 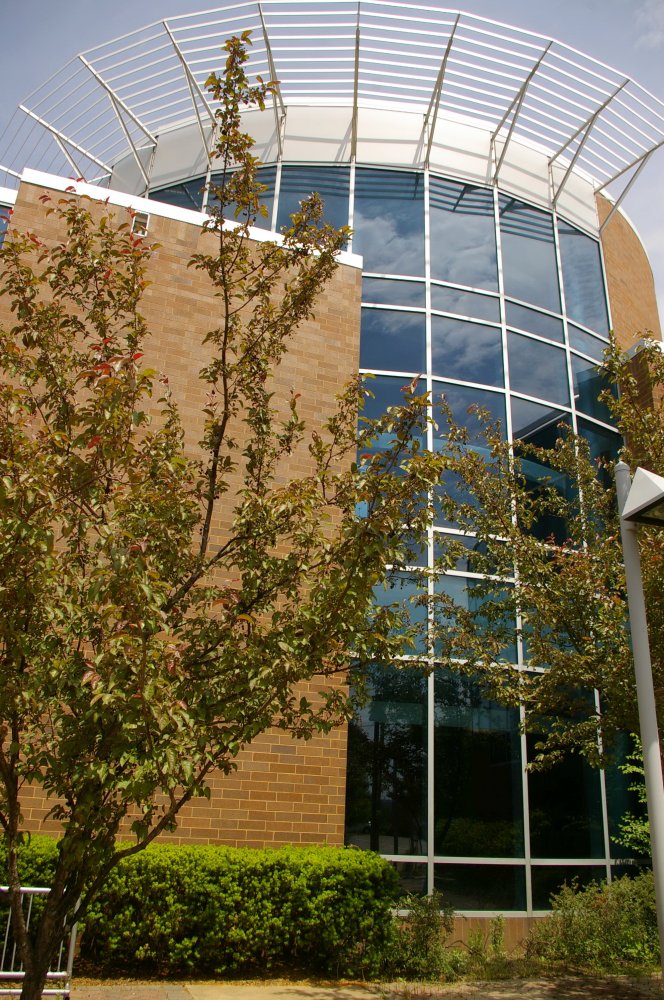 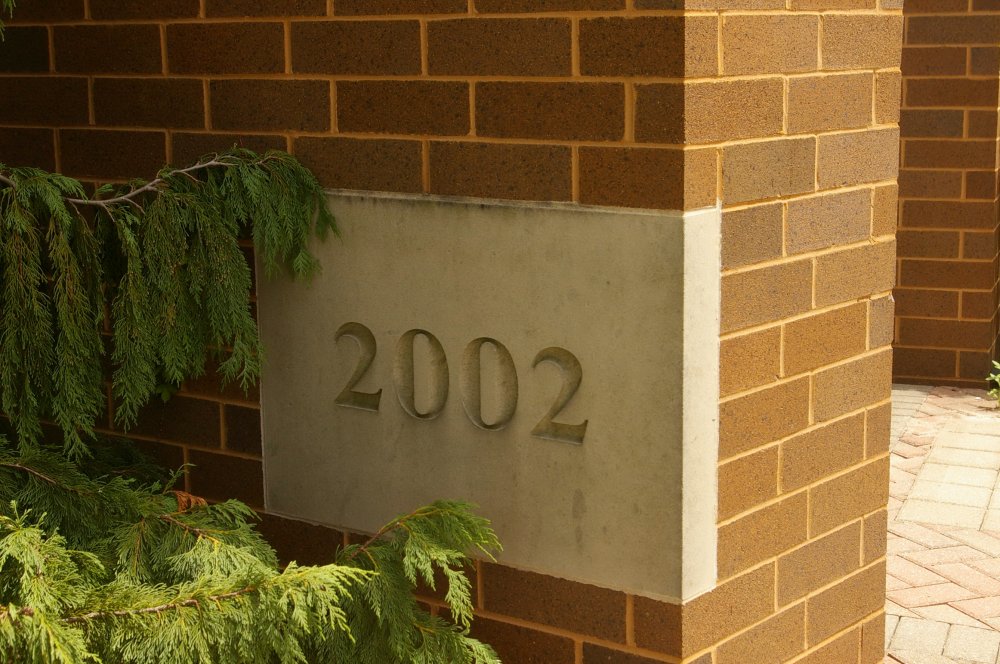