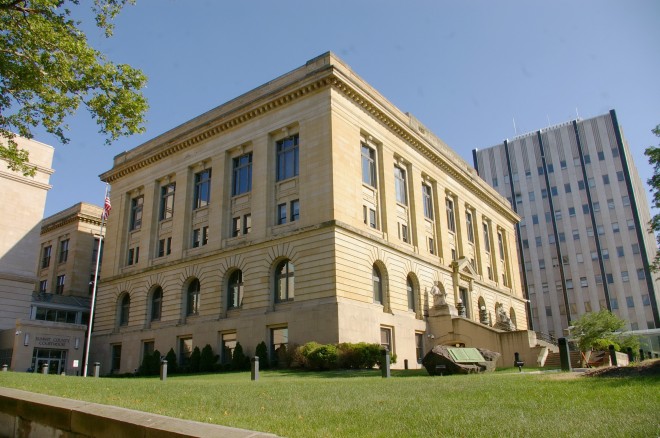 Summit County is named for the highest elevation along the Ohio Canal called the “Portage Summit”.

Description:  The building faces west and is a three story buff colored Ohio sandstone structure. The west front has a small pediment above the doorway. The first story has horizontal stone work with arched windows. The second and third stories have recessed windows. A wide cornice runs along the flat roof line. The building was renovated in 1987. In 1922 an annex was built on the east side.

Note:  The cost of construction of the courthouse was $337,708.93. The design included the use of two male statues and two lions at the entrance. The two seated males, one with a scroll and the other with a sheathed sword, represent law and justice. The lions are symbols of the law’s majesty. In order to position the lions without cracking the stone base blocks, large blocks of ice were placed between the lions and the stone bases. As the ice slowly melted, the lions gently came to a rest on their stone bases. The two statues of Law and Justice were carved by Herman Marzner of Cleveland.

Note:  The architect John Milton Dyer of Cleveland and the contractor George W Carmichael and Company also designed and constructed the courthouse in Lake County. 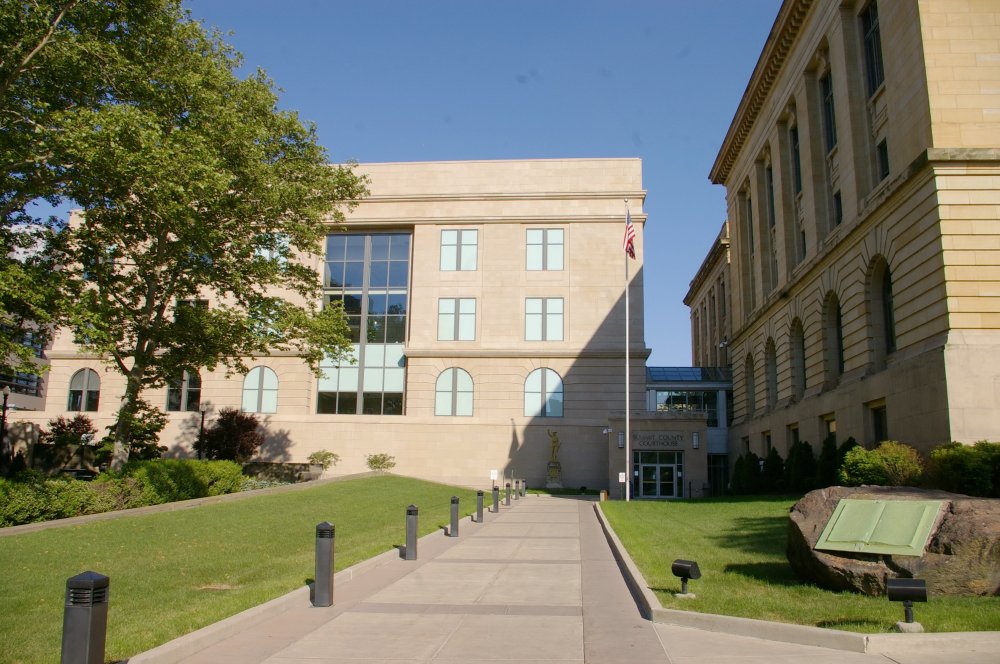 Description:  The building faces west and is a three story white colored limestone  structure. The roof line is flat. The building is connected to the courthouse on the south side. 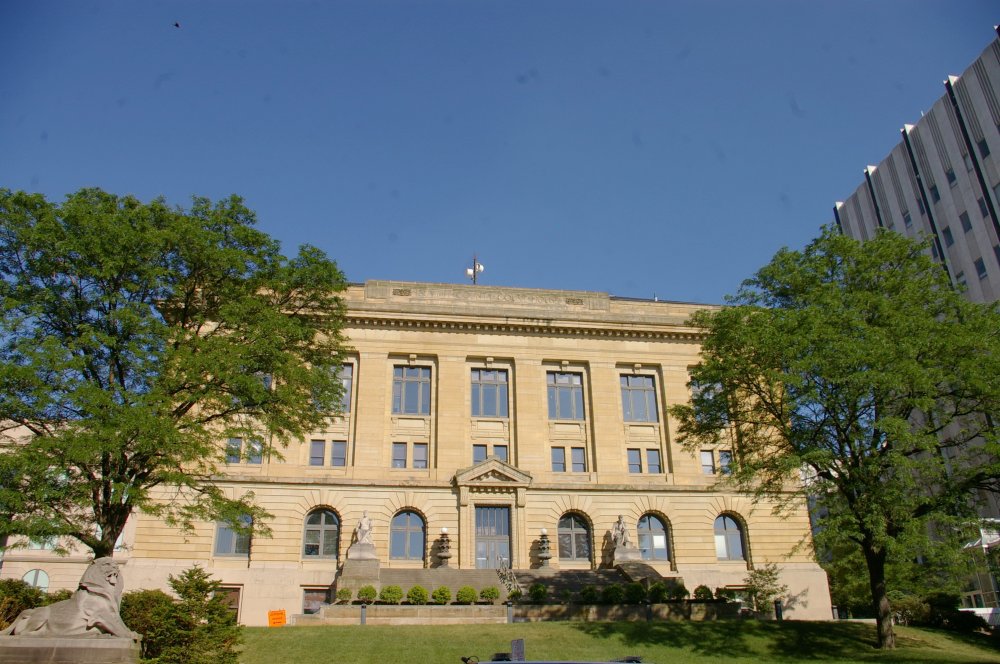 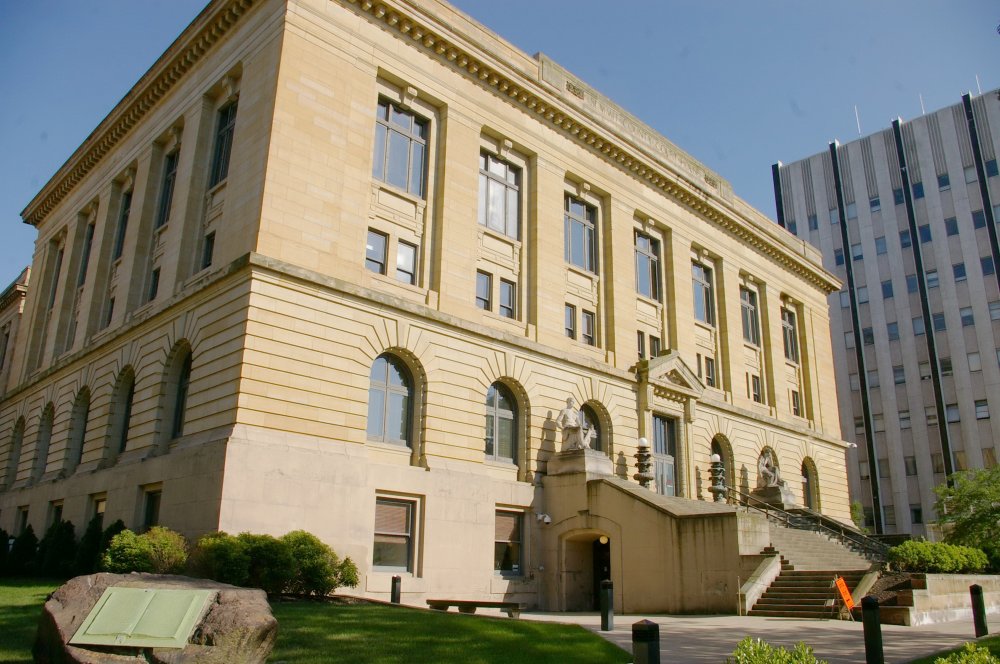 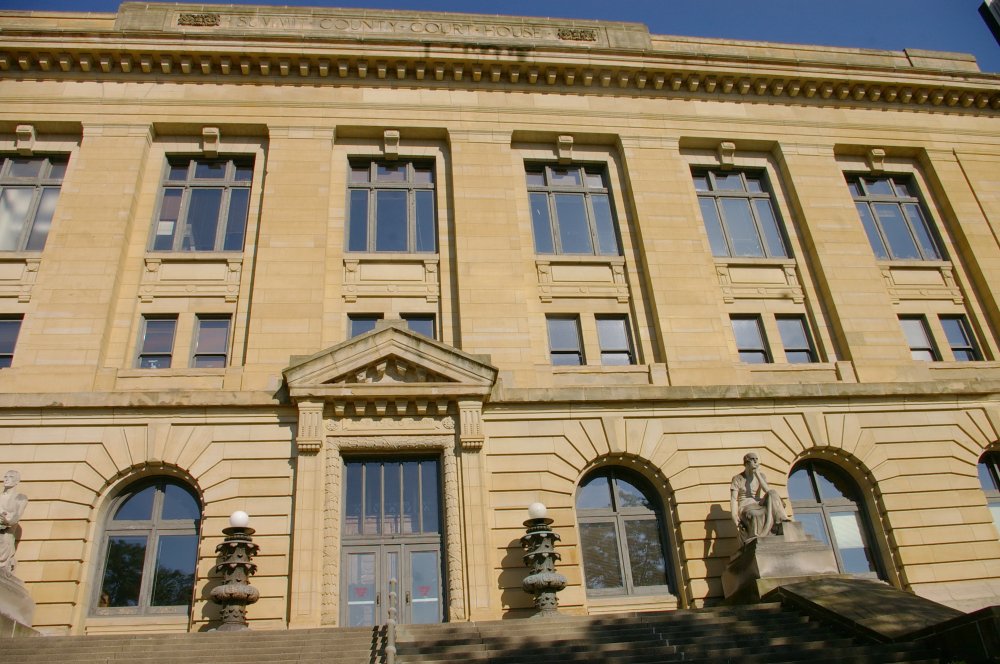 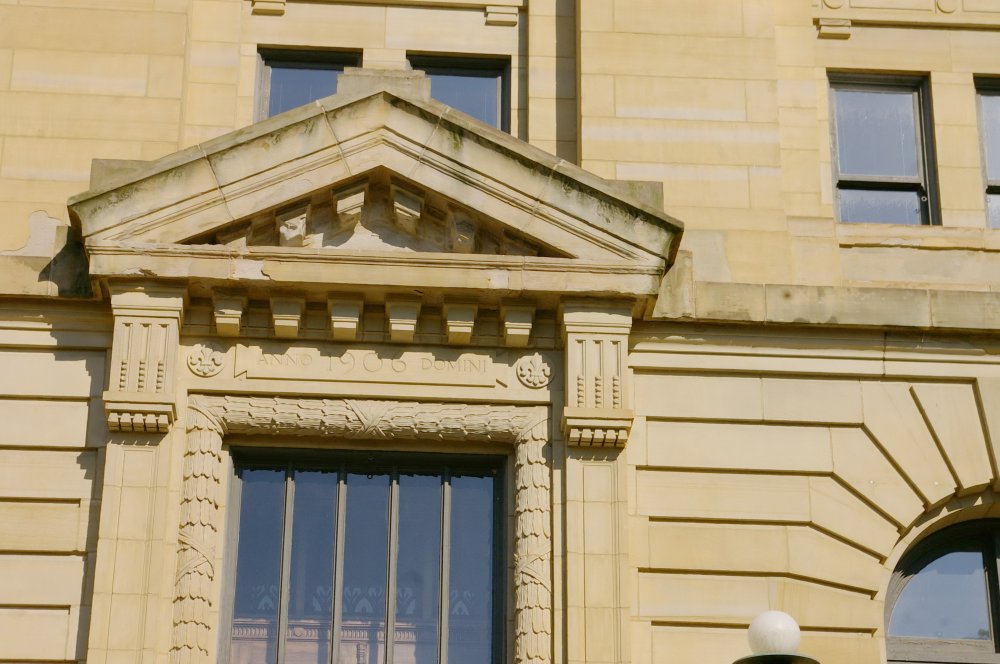 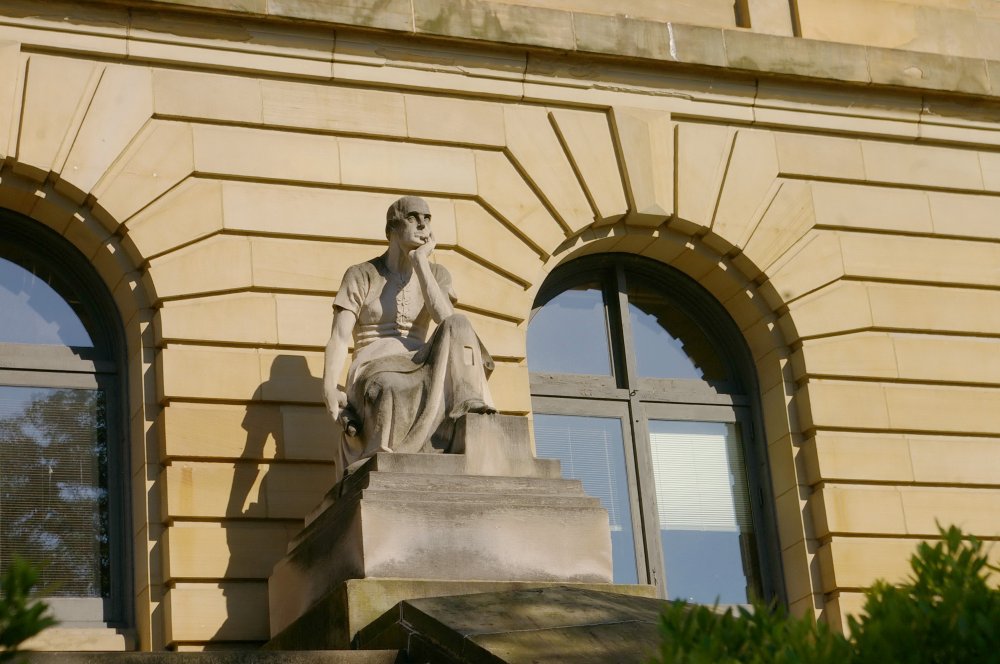 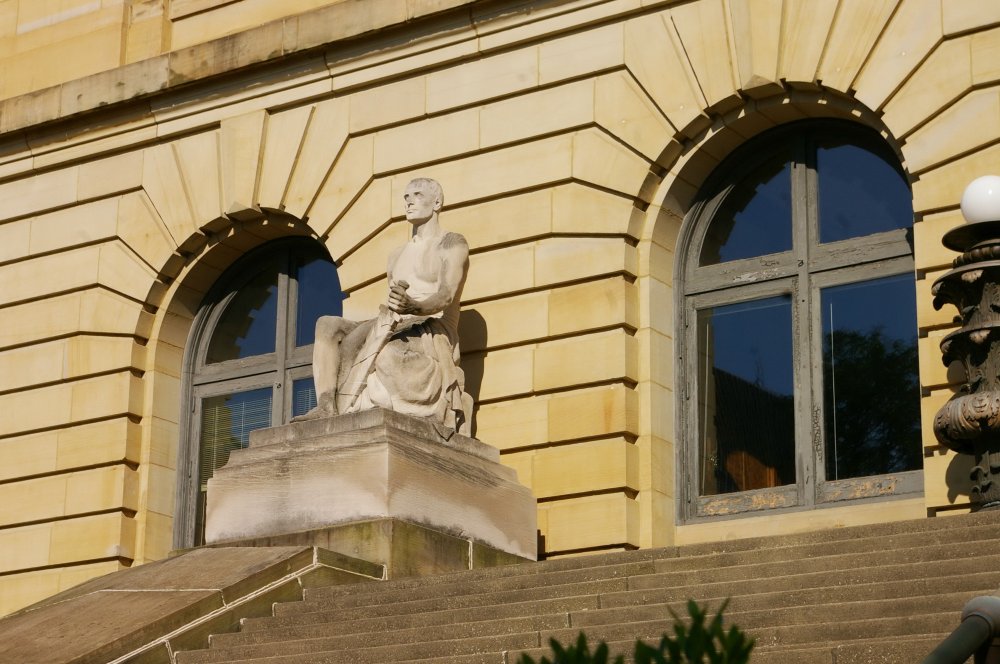 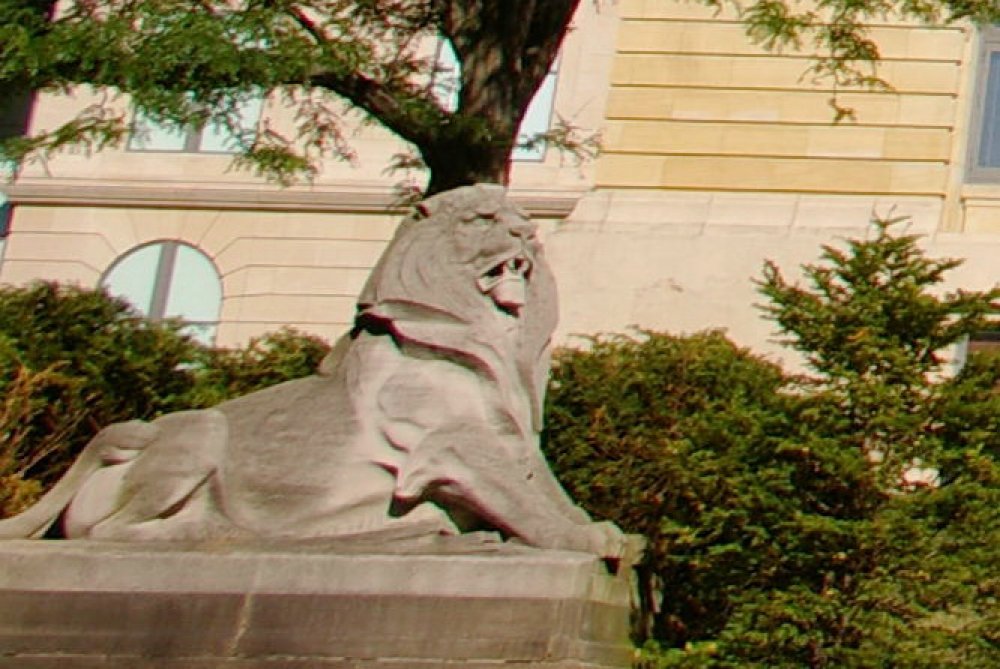 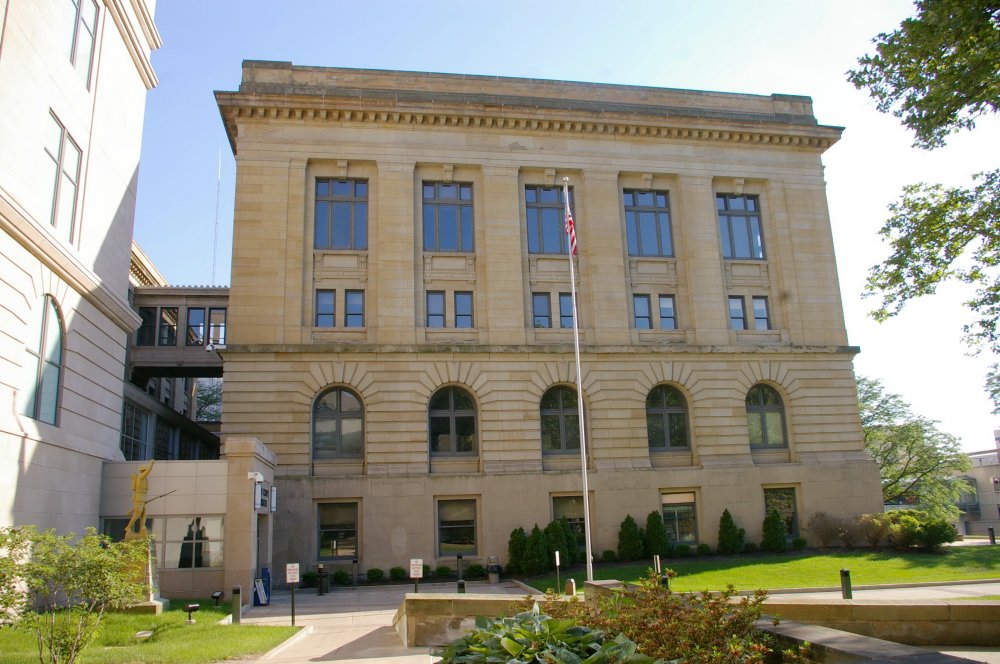 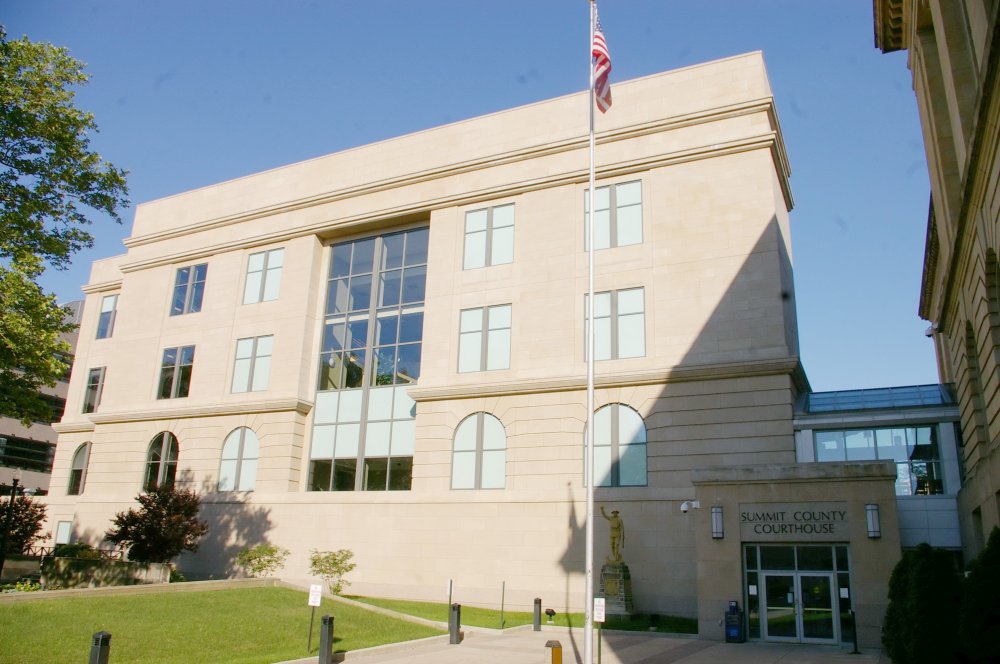 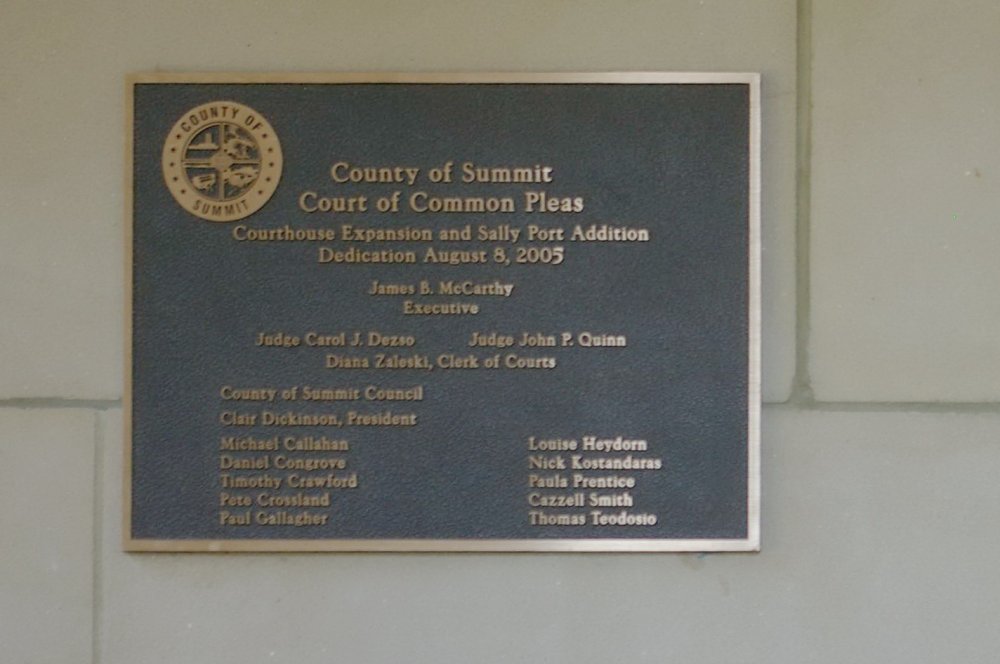