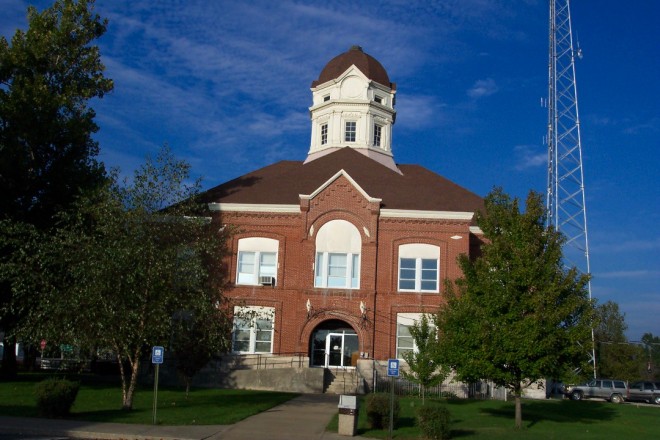 Shelby County is named for Isaac Shelby, who was the Governor of Kentucky and an American Revolutionary War soldier.

Description:  The building faces south and is a two story red colored brick structure. The building is locate on the landscaped grounds of the Courthouse Square in the center of Shelbyville. The building has entrances on the south, east and west. The entrance sections extend from the main building with a large arch with recessed entrance on the first story and a large arch around the window on the second story, and with a peak rising above. On the center of the roof is a large white colored octagonal cupola with black colored roof. The roof is hipped. In the interior, the County Circuit courtroom is on the second story and the County Court courtroom is on the first story. The building houses the County Circuit Court.

History:  The county was created in 1835 and Shelbyville became the county seat. The first courthouse was a two story brick structure built by Charles Smith, Samuel J Smith and James C Hawkins in 1739 at a cost of $4,000. Wait Barton contracted for wood work for $2,175 and Obadiah Dickerson was appointed superintendent. Wings were added in 1878 and the building was destroyed by fire on June 29, 1891. The second and present courthouse was constructed in 1892 to 1893 at a cost of $24,380. 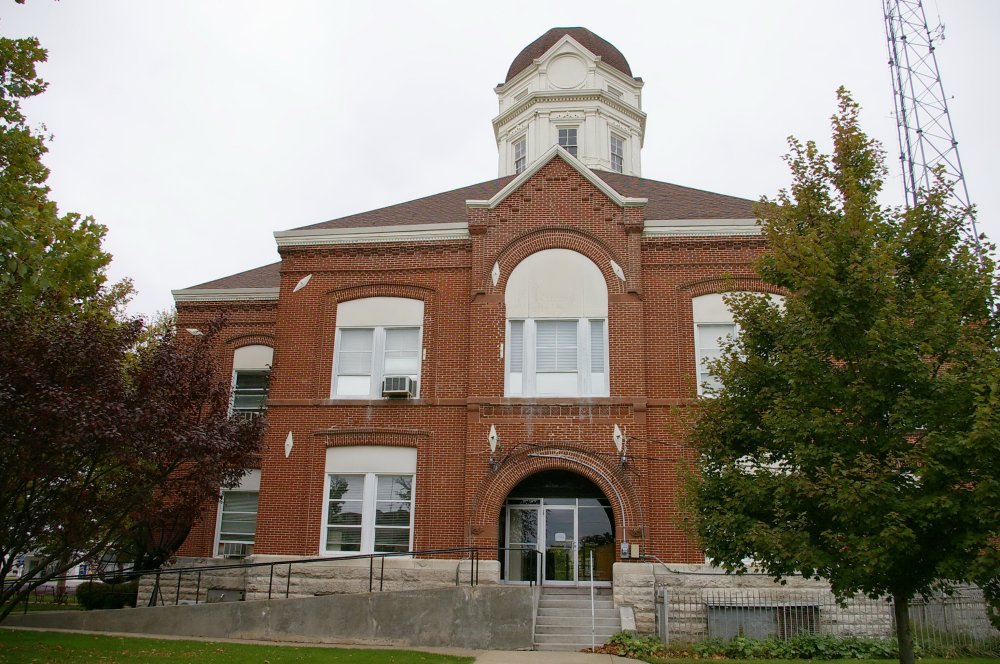 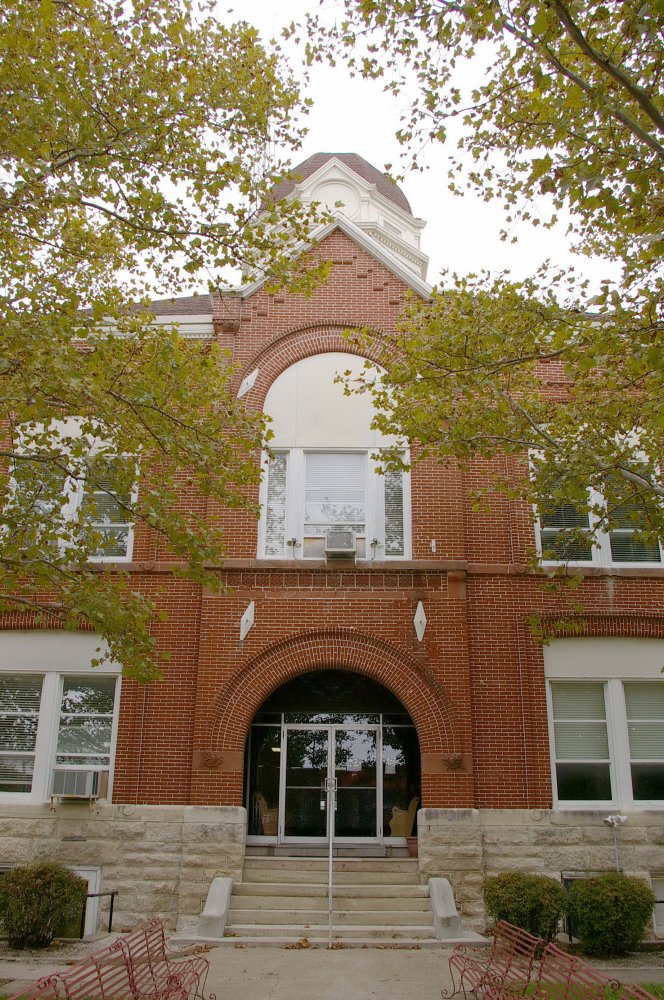 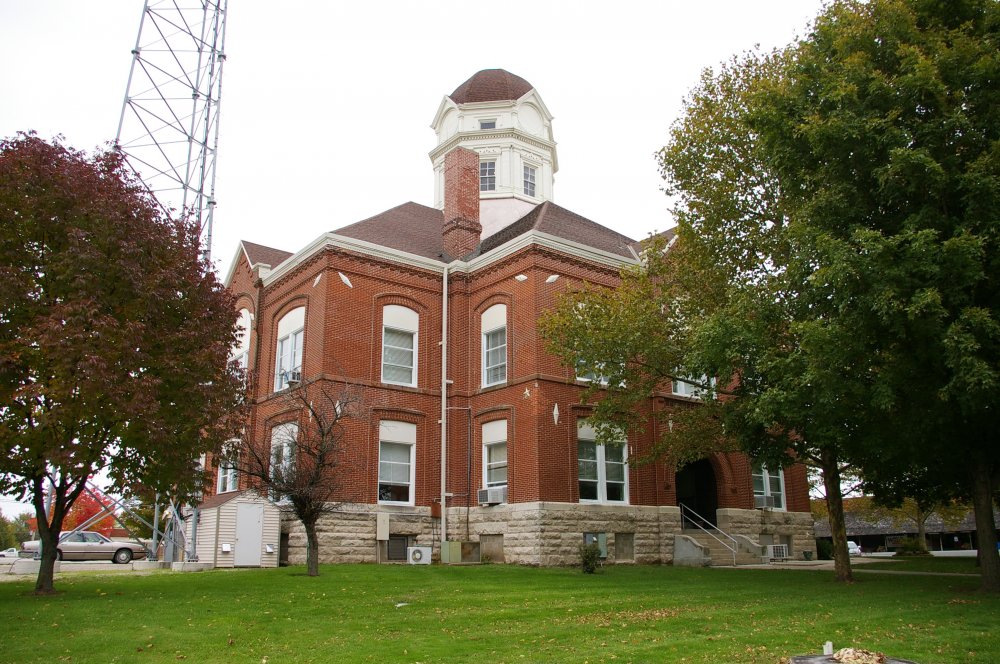 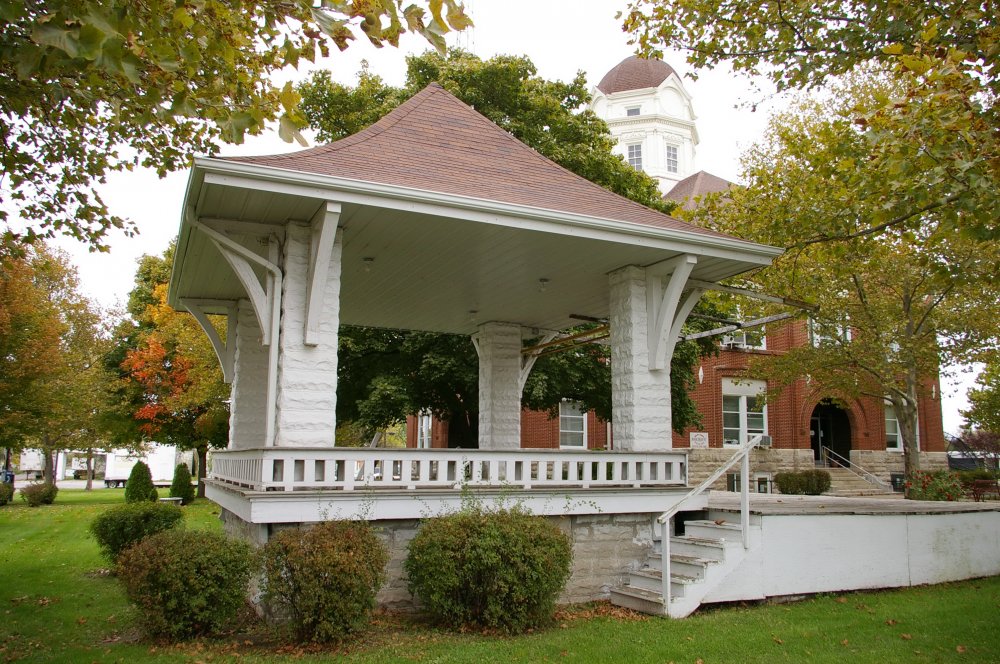