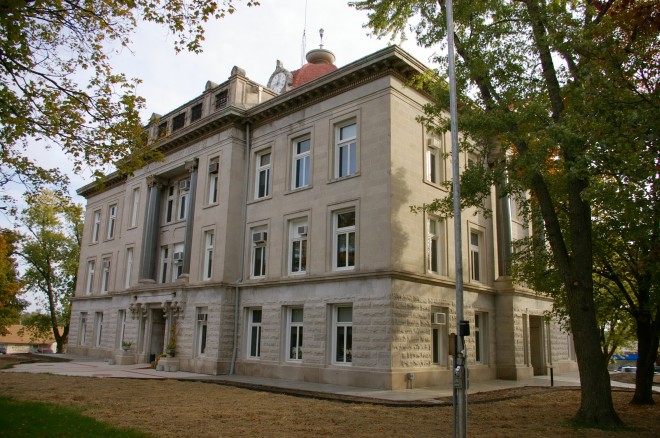 Description: The building faces west and is a three story gray colored Bedford limestone, granite, marble and concrete structure. The building is located on landscaped grounds in the center of Paris. The building is 108 feet by 82 feet and the west front has a recessed first story entrance with two large columns rising from the second story to the top of the third story which has a raised parapet above the roof line. The first story is rusticated stone with smooth stone on the upper stories. There is a wide eave at the roof line. On the center of the building is a dome with red colored roof and clock. In the interior, the central rotunda has four murals painted by Doris Hill of Paris. The Great Seal of Missouri is featured in mosaic tile on the floor of the rotunda. The courtroom is located on the west side of the third story. The building houses the County Circuit Court.

Note:  The courthouse was the last domed courthouse built in Missouri. 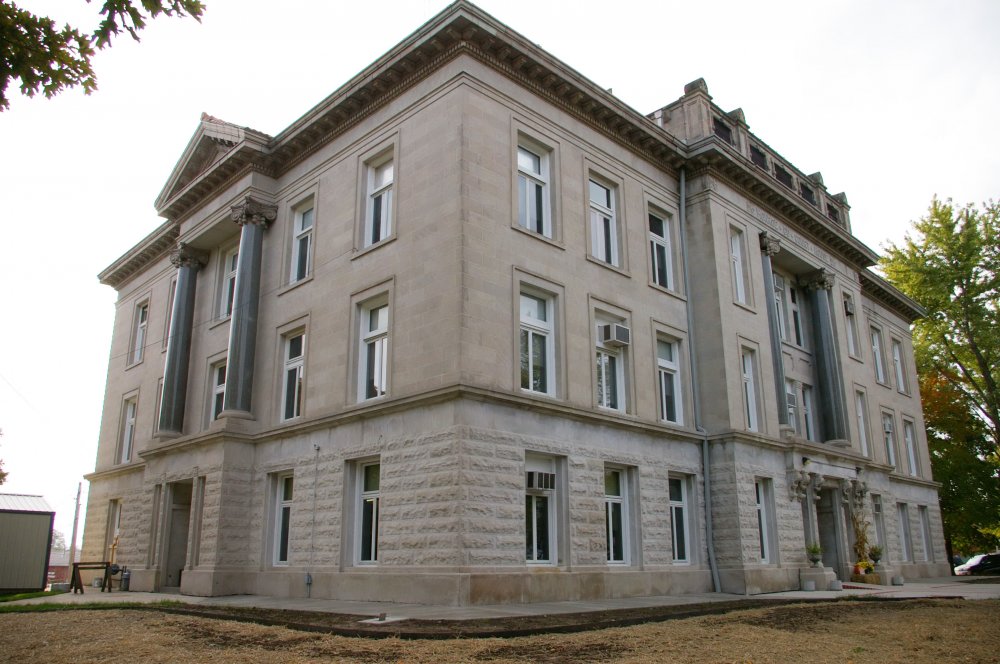 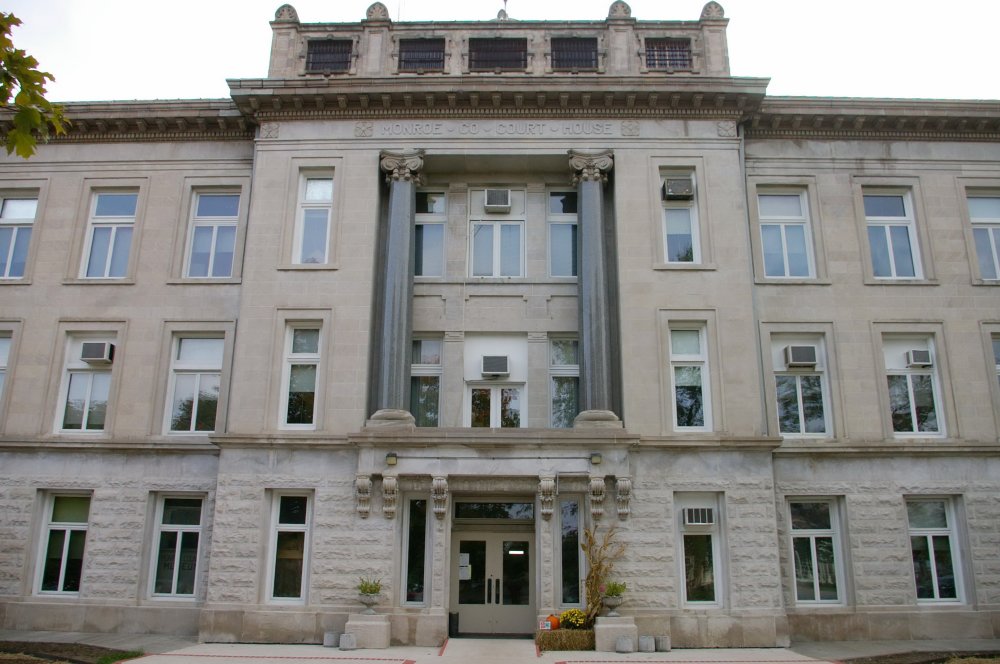 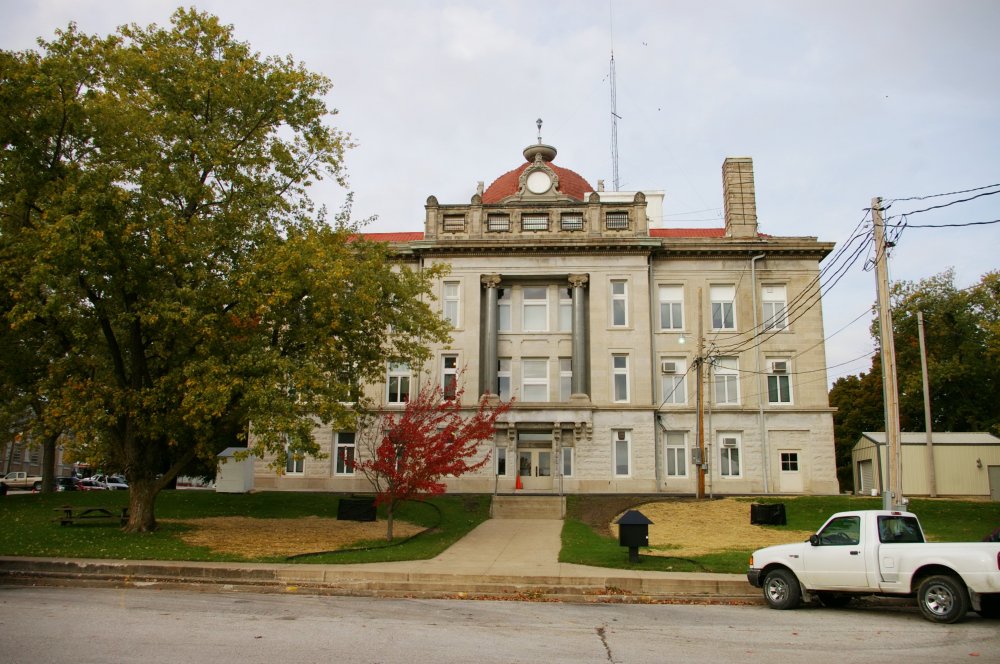 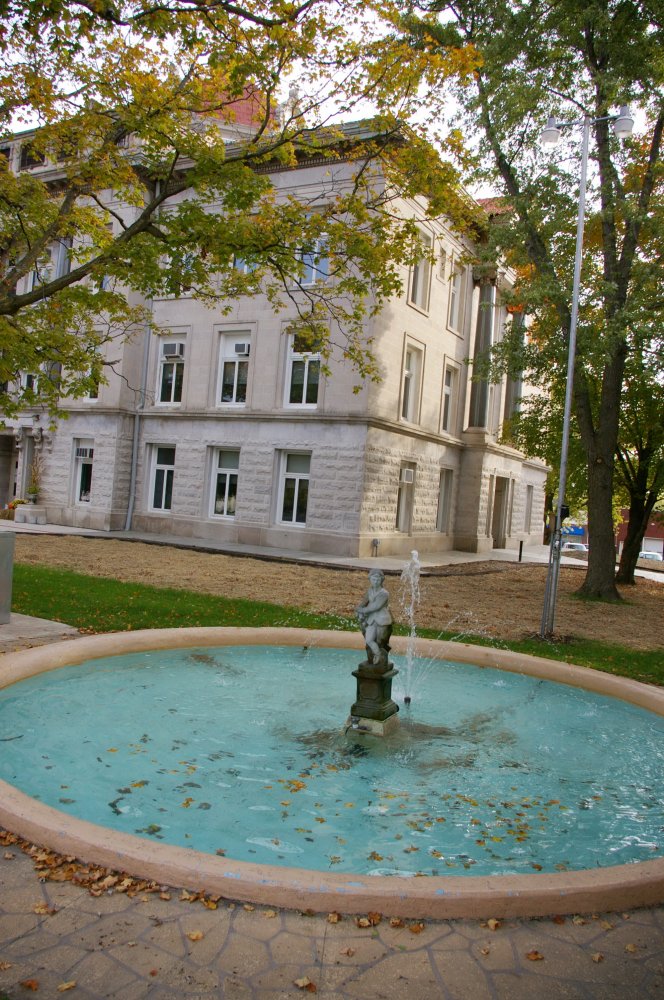 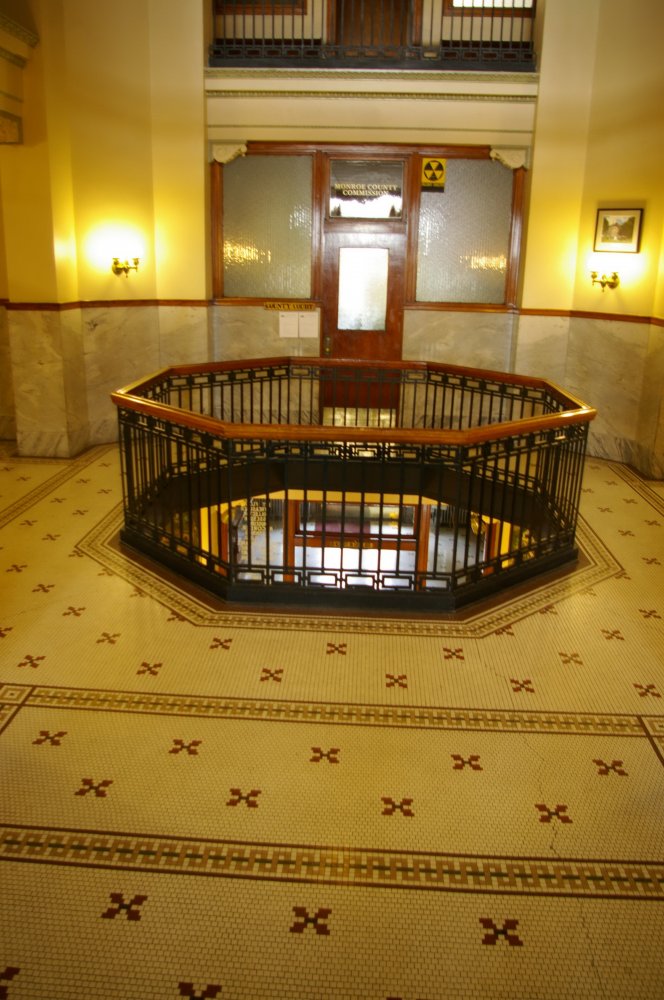 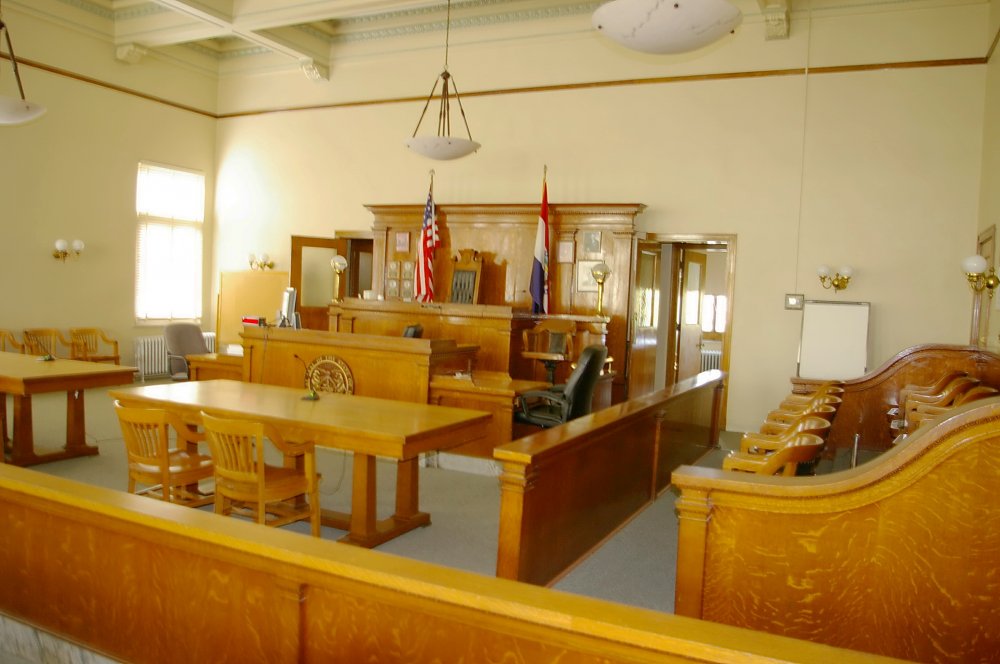 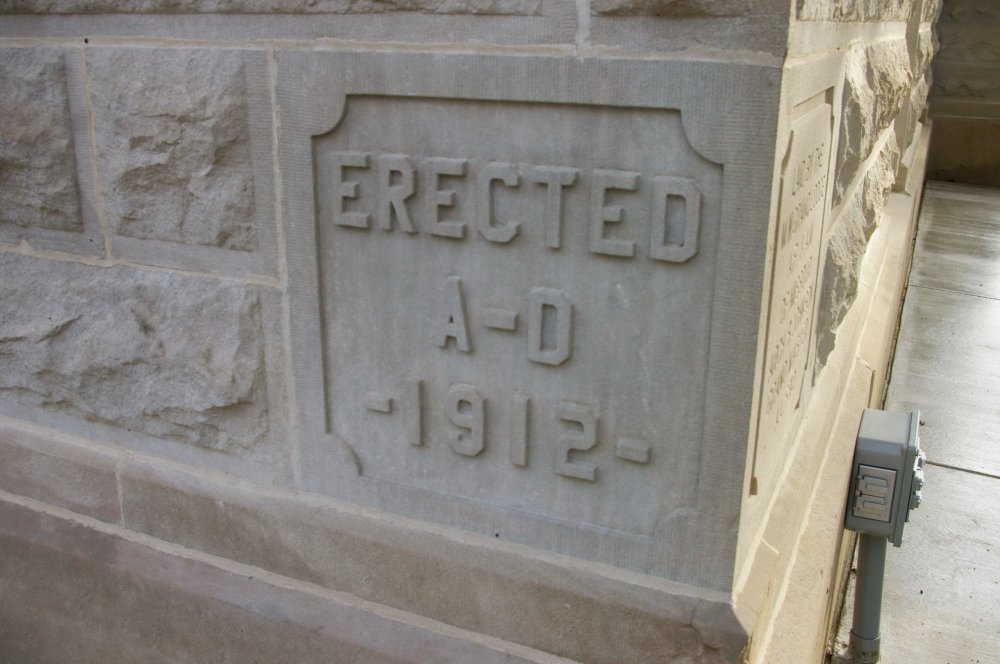