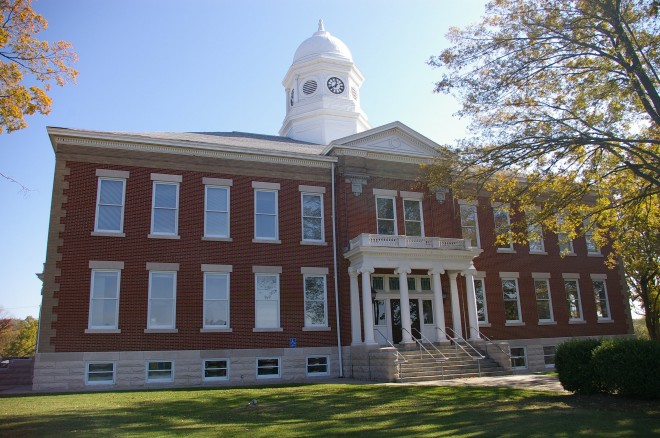 Ballard County is named for Bland Ballard, who was a soldier in the Battle of Fallen Timbers and Battle of River Raisin, and who lived from 1761 to 1853.

Description:  The building faces west and is a two story red colored brick and concrete structure. The building is located on spacious landscaped grounds in the center of Wickliffe. The west front has a portico supported by four white colored columns with a balcony at the second story. At the roof is the pediment unsupported. The building has a stone base. The corners of the building have stone trim. On the roof center is a large white colored octagonal cupola with clock. All the interior woodwork is original in natural finished oak. The open stair has a bannistered rail and a paneled newel post. Wainscoting is found throughout the interior. The courtrooms are located on the second story and most of the original courtroom furniture remains, with pew like spectators benches, oak railing and a judge’s bench. The building houses the County Circuit Court and County District Court of the 1st Judicial District. The building was renovated from 1994 to 1996. The architect was CMW Inc. of Lexington.

See:  The present courthouse is modeled after the courthouse in  Mississippi County, Missouri, which was also designed by Jerome Bibb Legg and which was destroyed by fire in 1997. 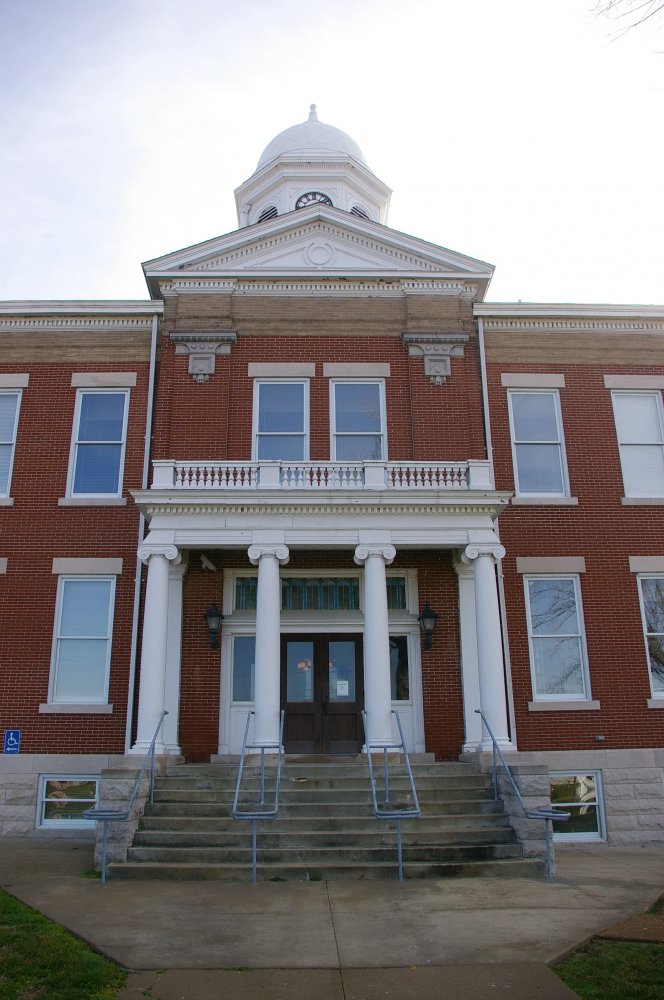 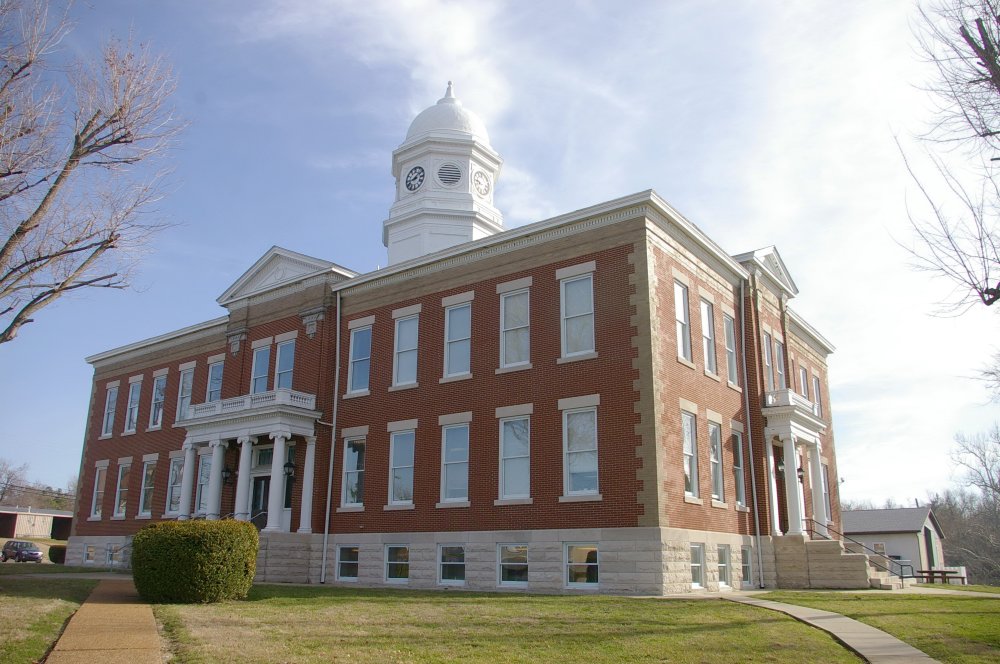 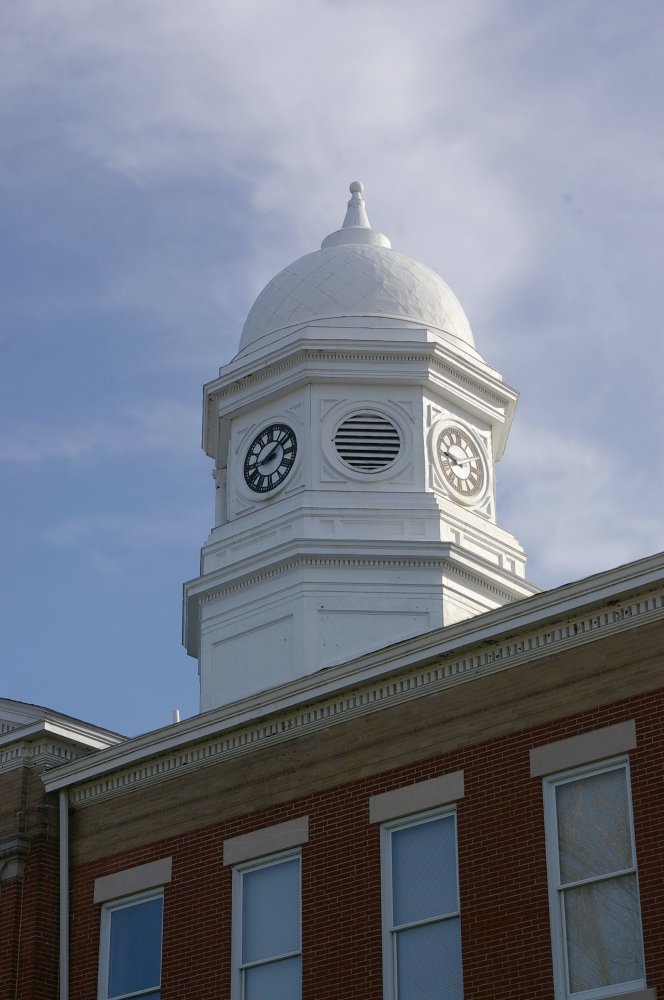 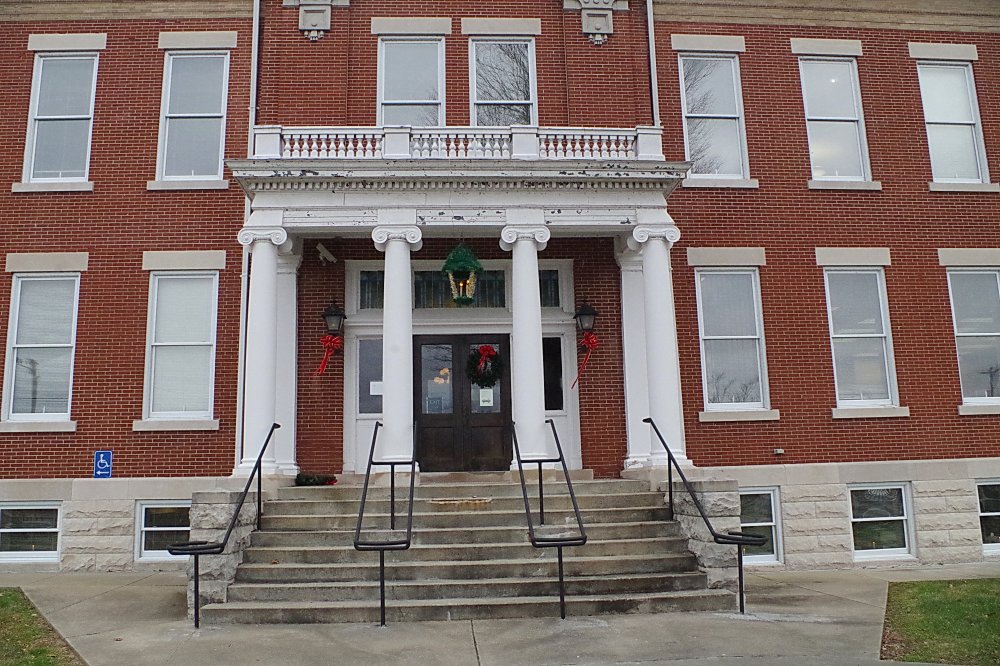 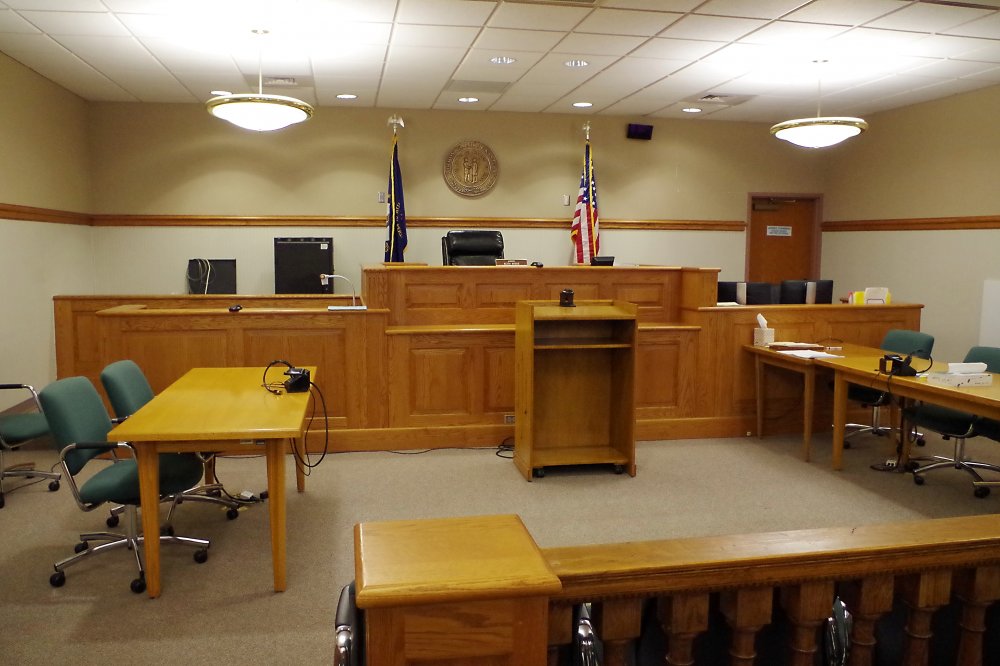 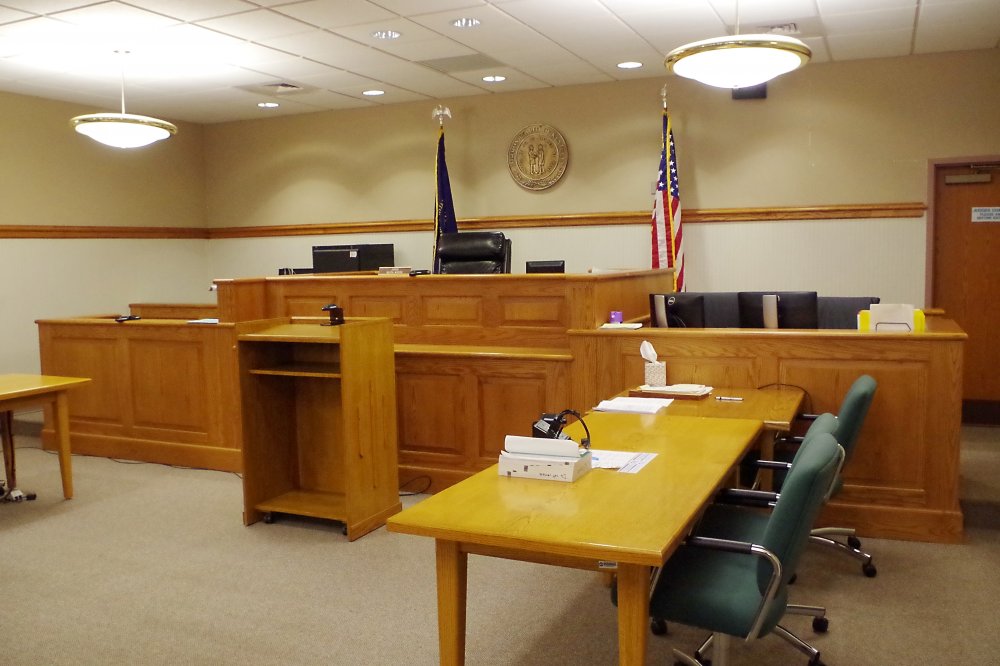 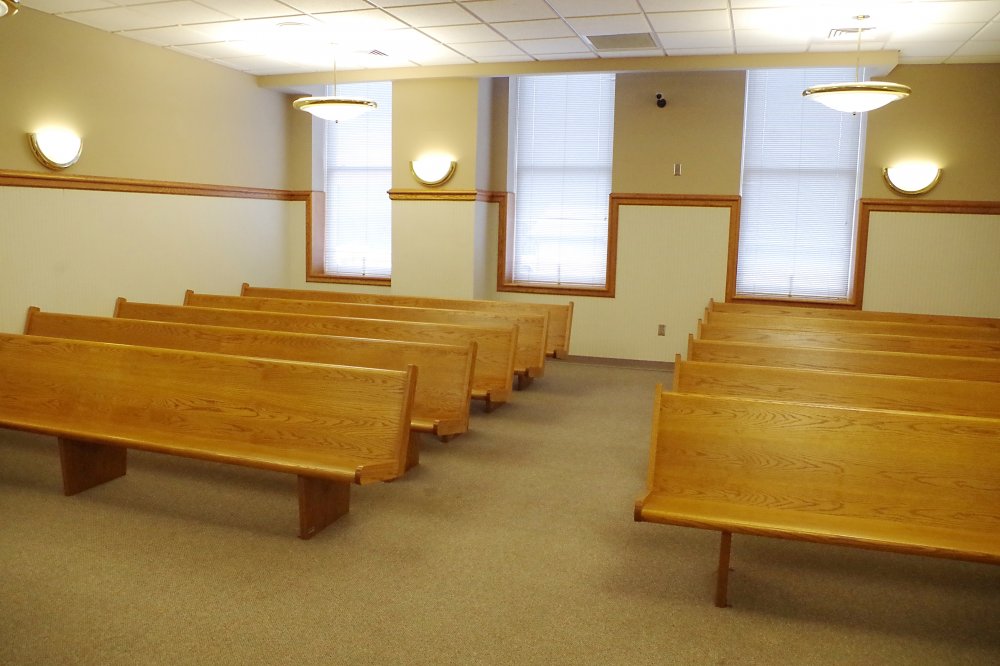