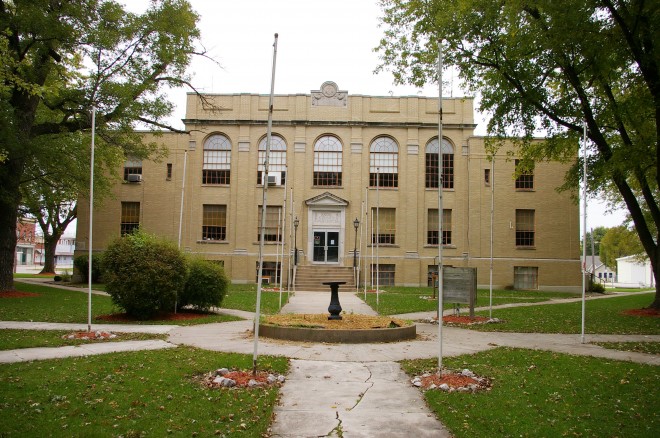 Knox County is named for Henry Knox, who was the chief artillery officer of the Continental Army and later the first Secretary of War for the United States of America.

Description:  The building faces south and is a two story buff colored brick and stone structure. The building is located on landscaped grounds of the Courthouse Square in the center of Edina. The south front has a central entrance framed with stone with a small pediment above. The windows on the second story are arched. The east and west wings are lower than the main center building. The roof line of the building is flat. On each of the four sides are clocks above the roof line. The courtroom is located on the second story. The building was a Works Project Administration project. 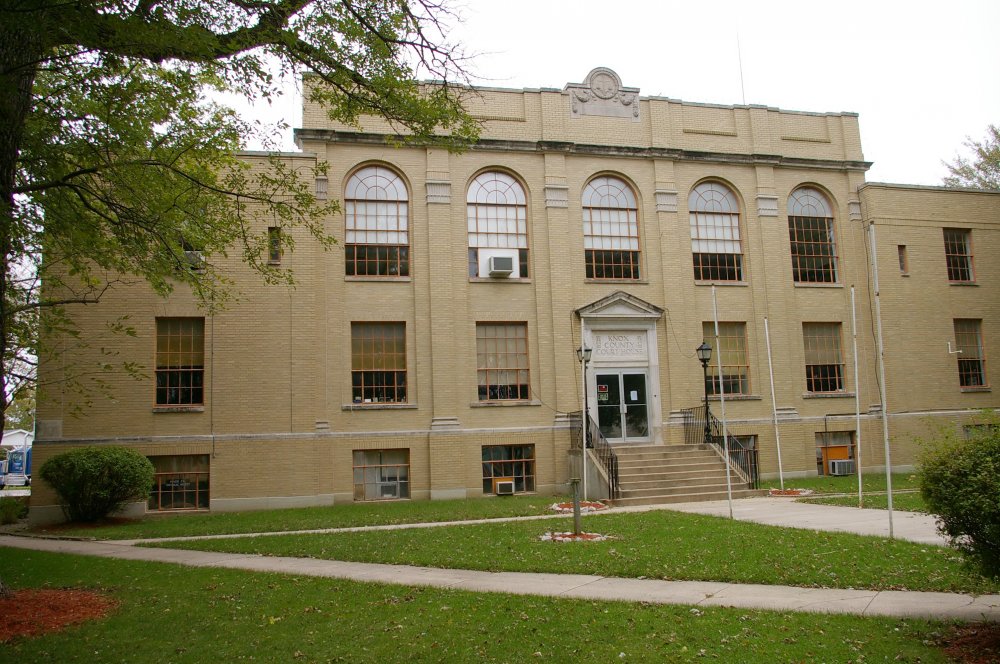 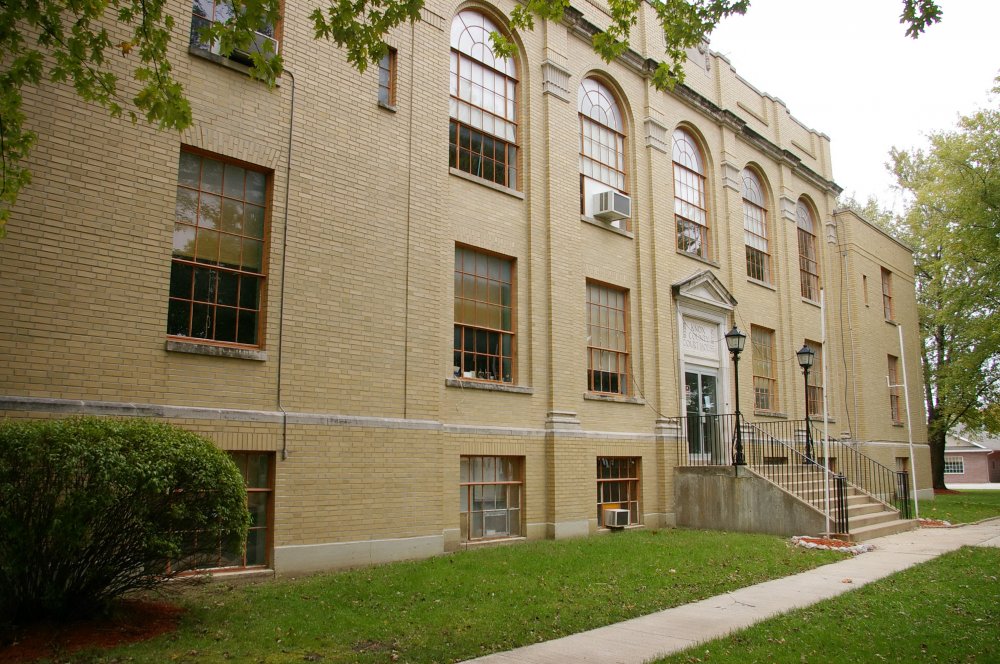 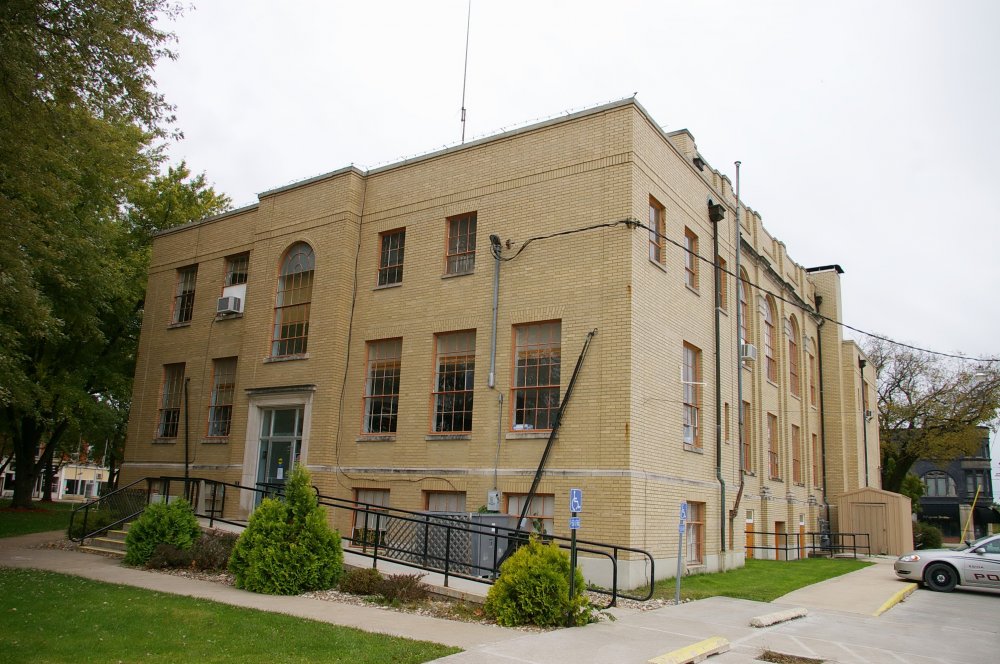 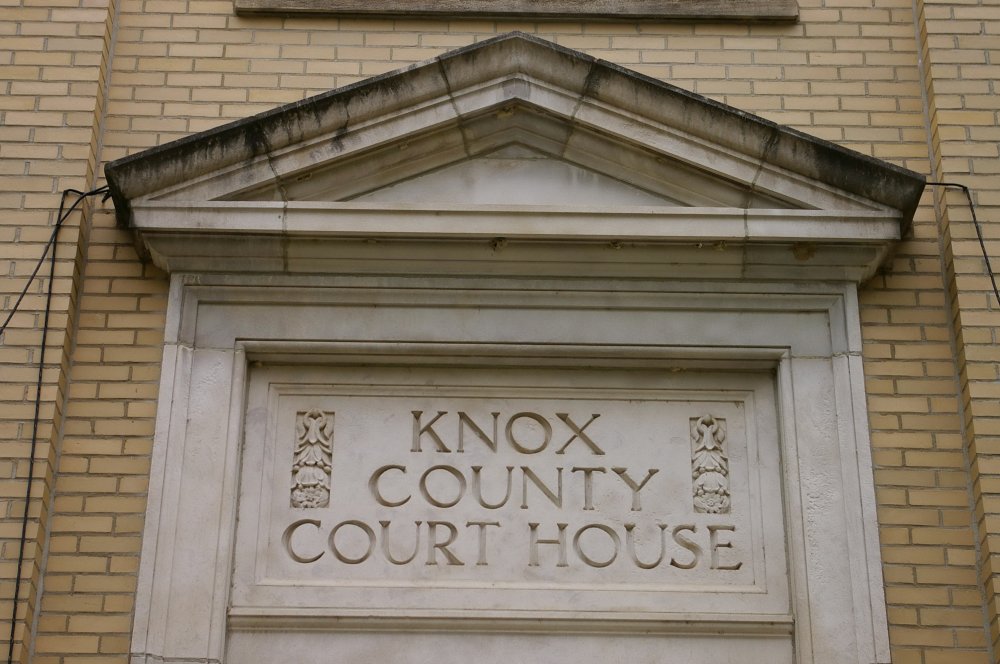 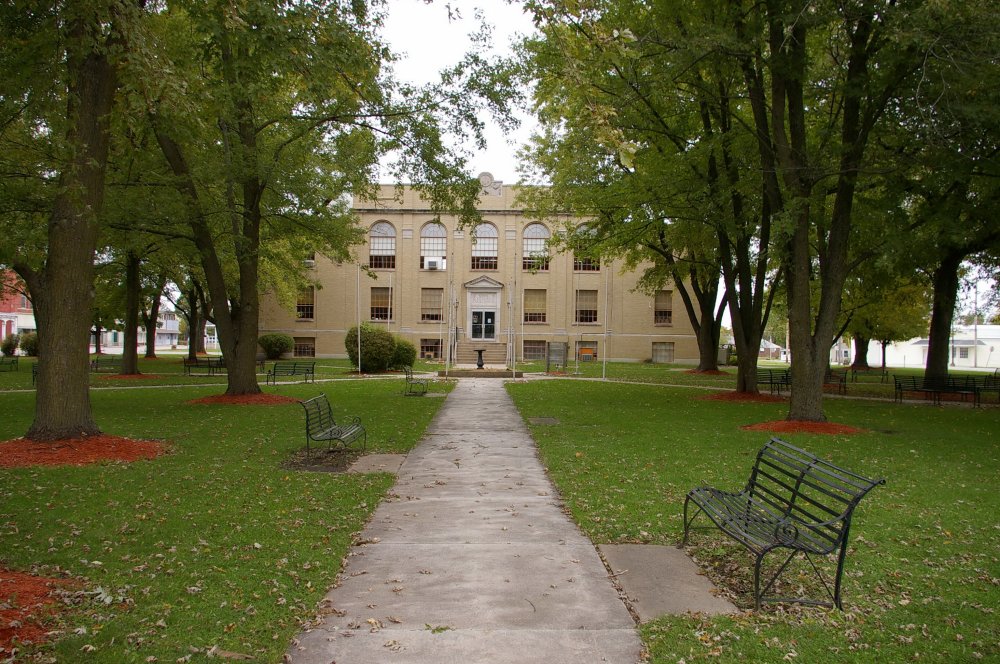 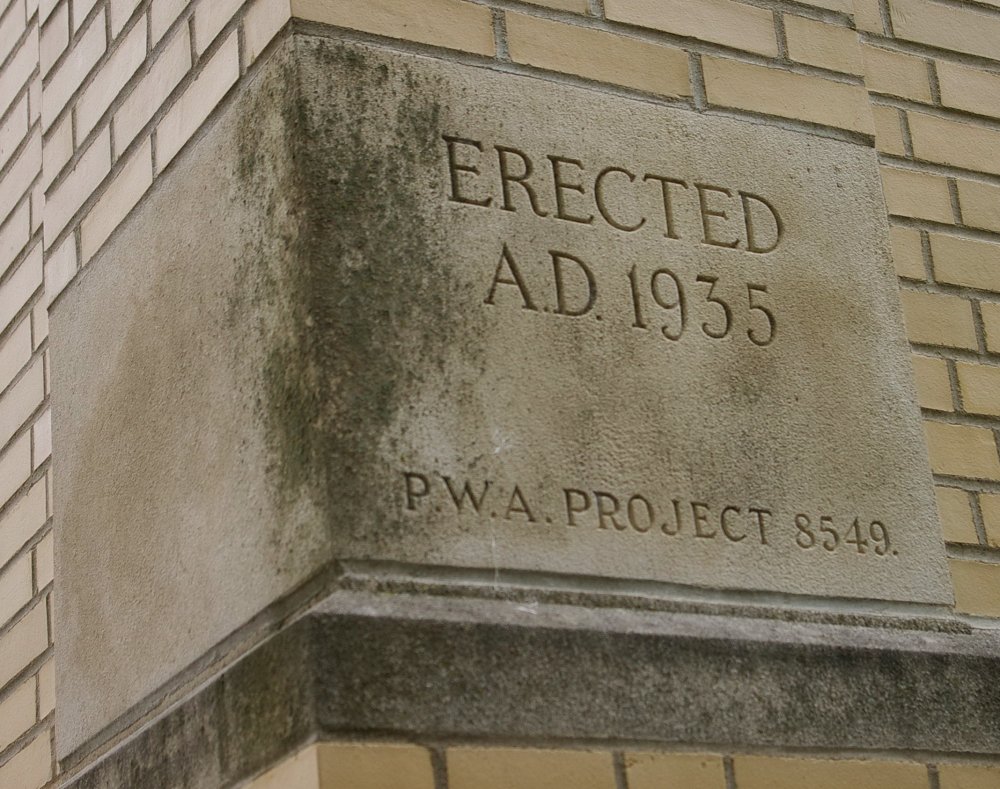