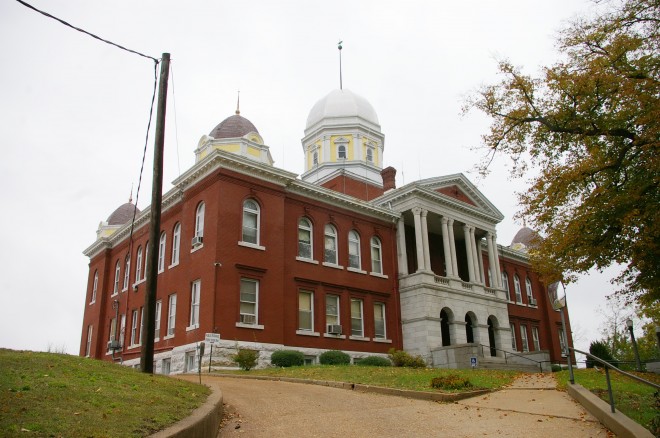 Gasconade County is named for the Gasconade River which river derives its name from the French word “gascon” meaning “braggart” and could be an old    satirical name describing those who boast about their adventures upon return to St. Louis. 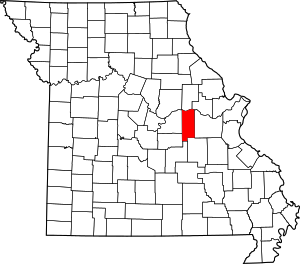 Description:  The building faces south and is a two story red colored brick and stone  structure. The building is located on the landscaped grounds of a bluff in the center of Hermann. The south front has a portico with three arches on the first story and eight thin Corinthian columns on the second story with pediment above. The building is 143 feet by 88 feet and sits atop a hill along the Missouri River. The base of the building is course limestone. On the center of the roof is an octagonal dome with white colored roof. The interior has a central rotunda under the dome. The courtroom is located on the second story. 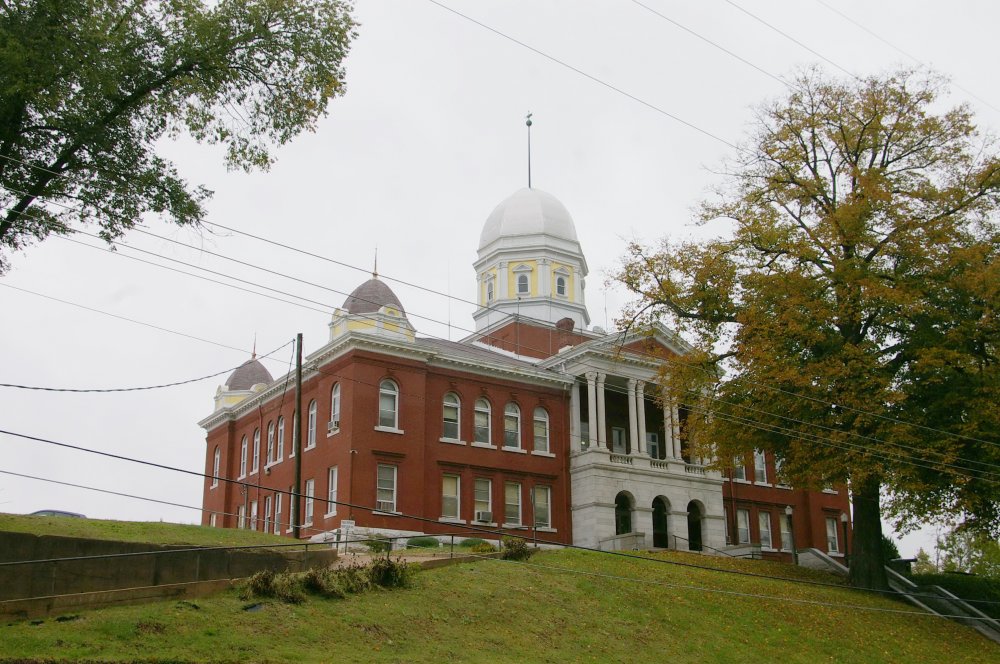 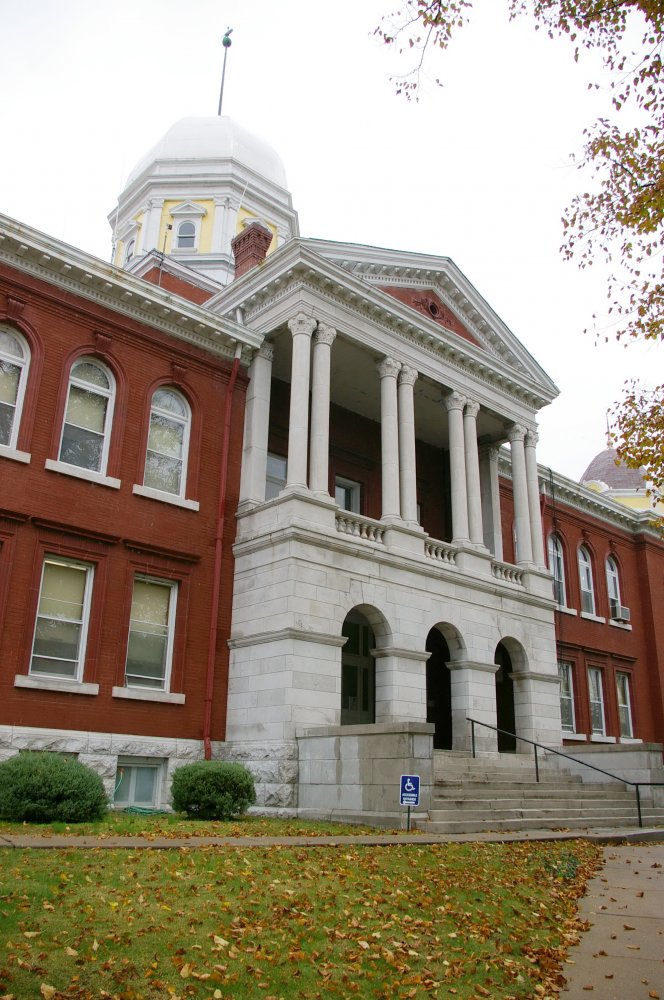 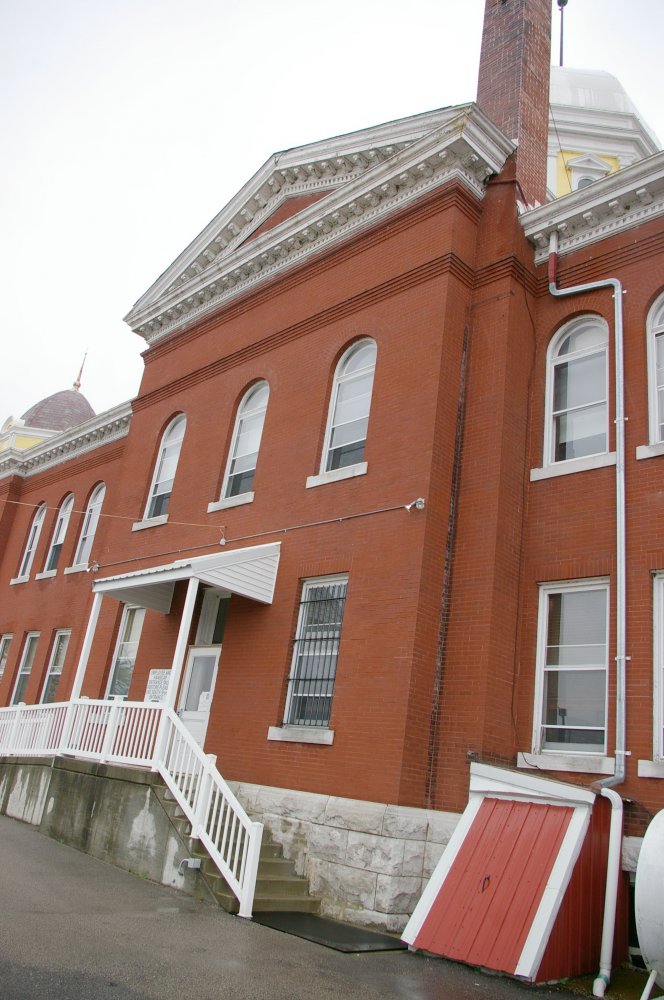 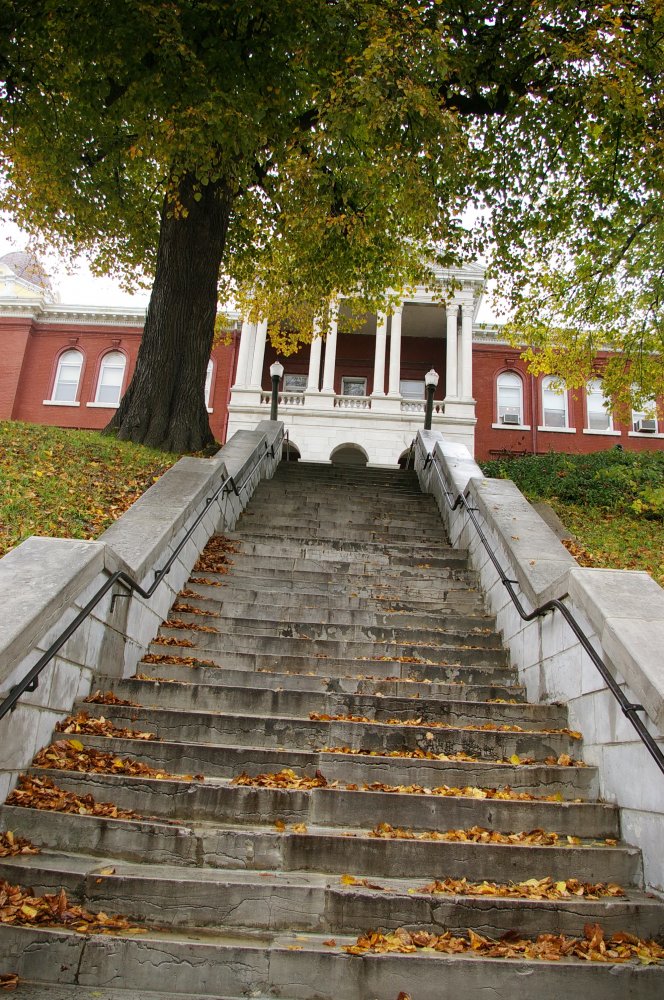 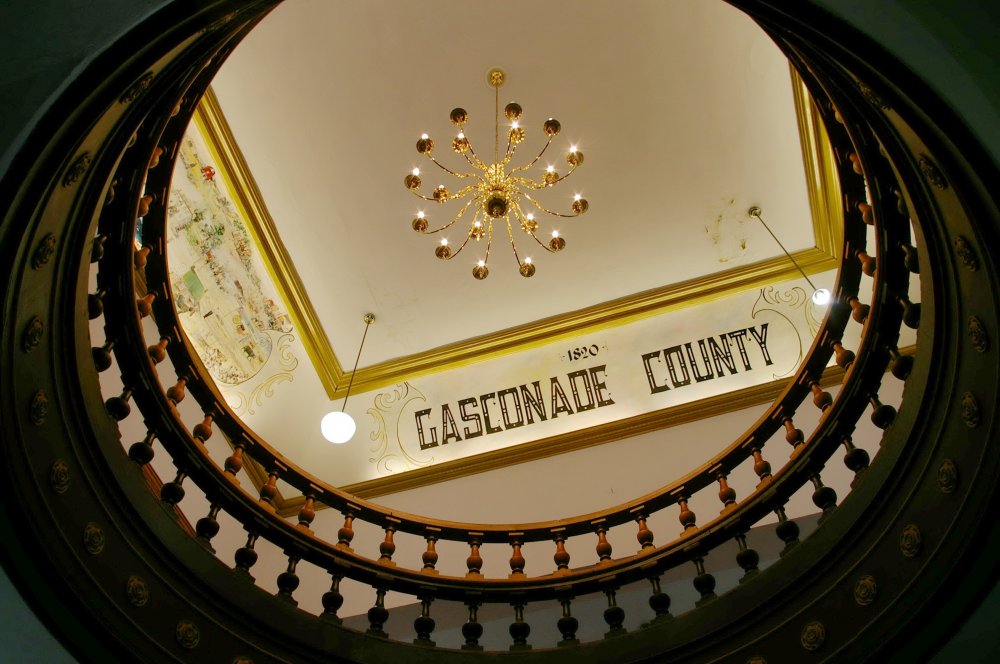 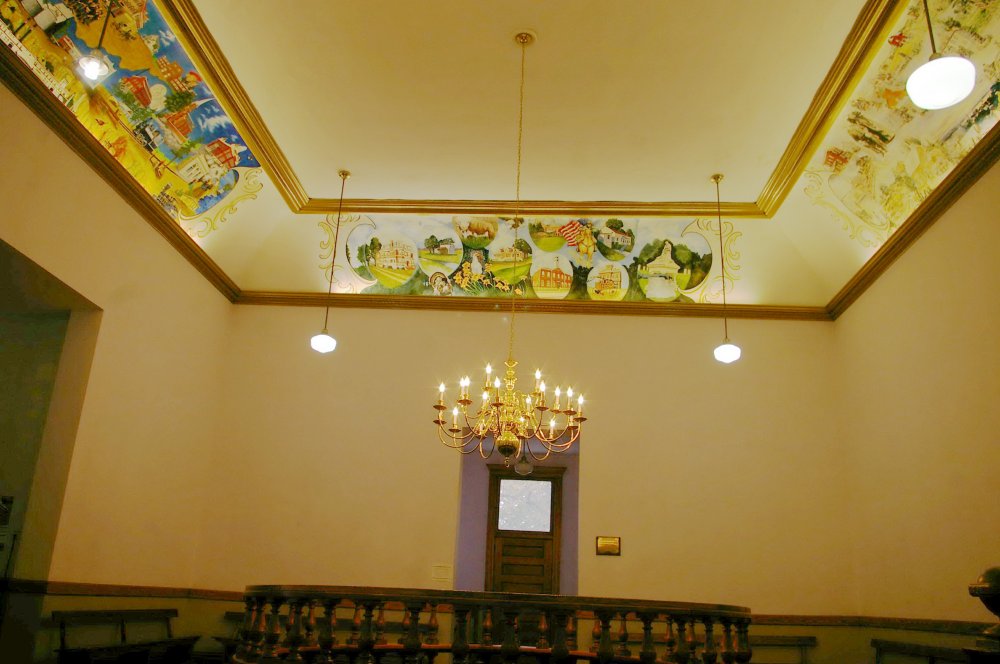 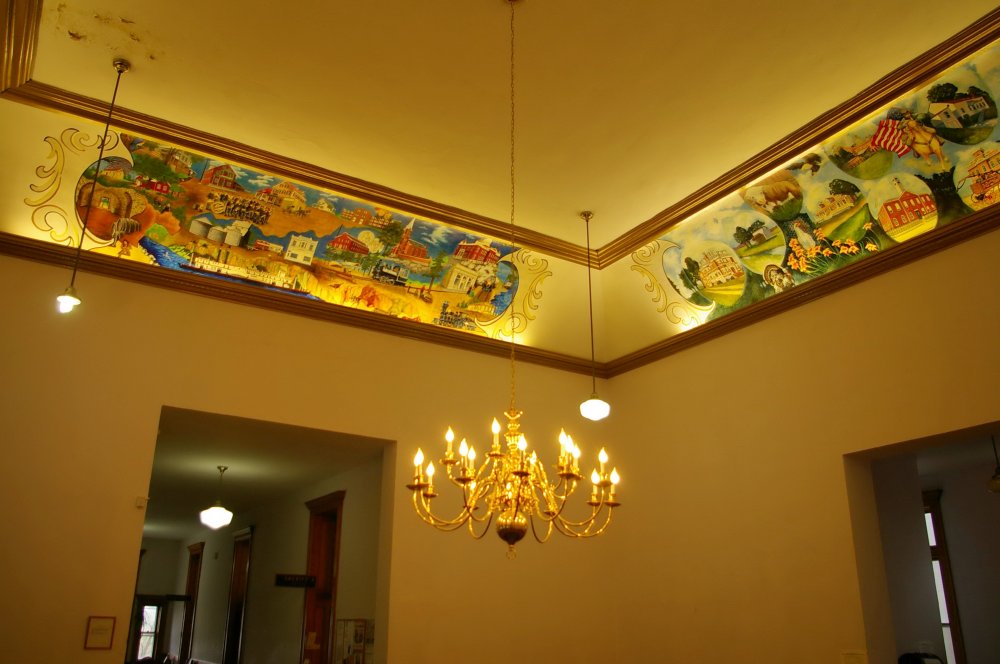 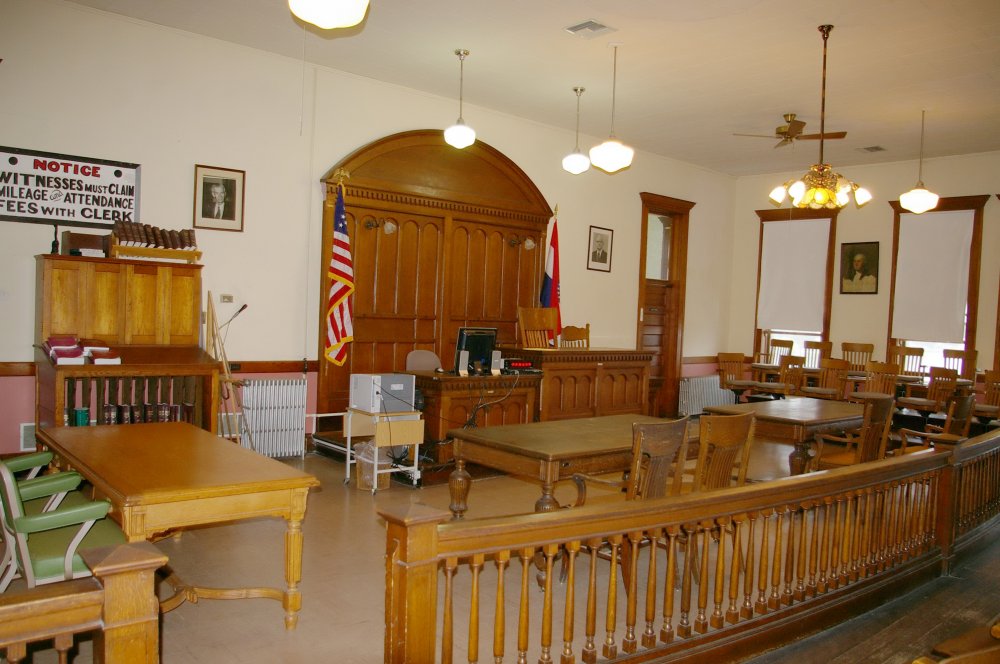 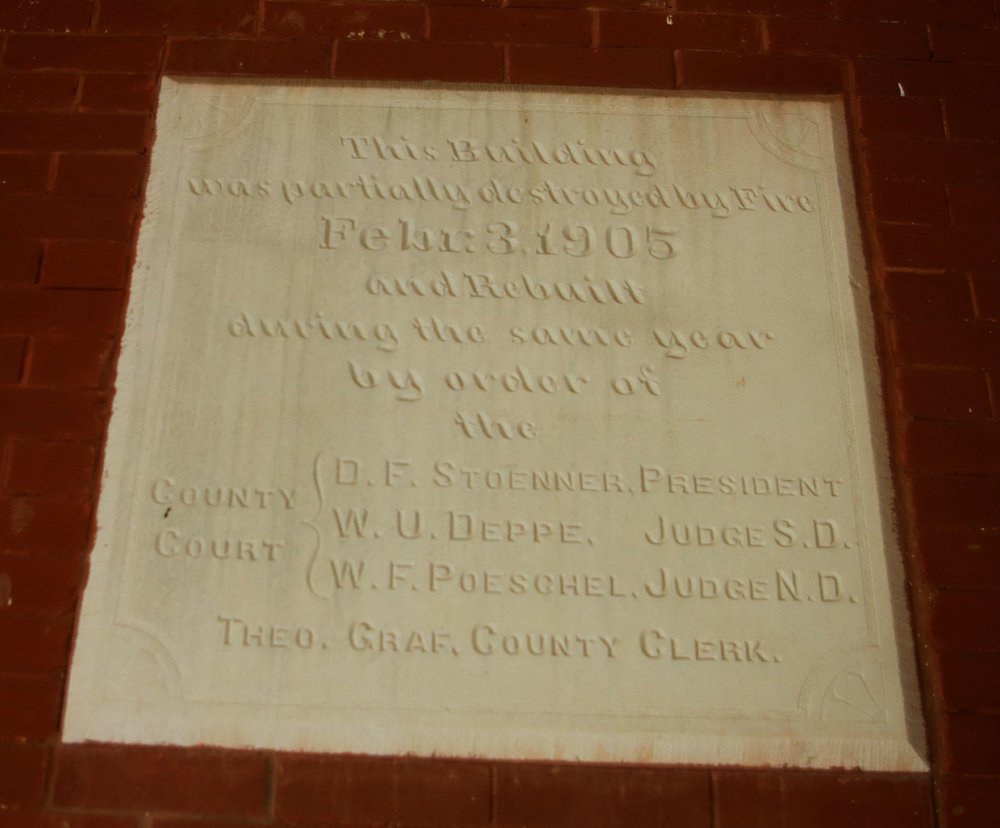 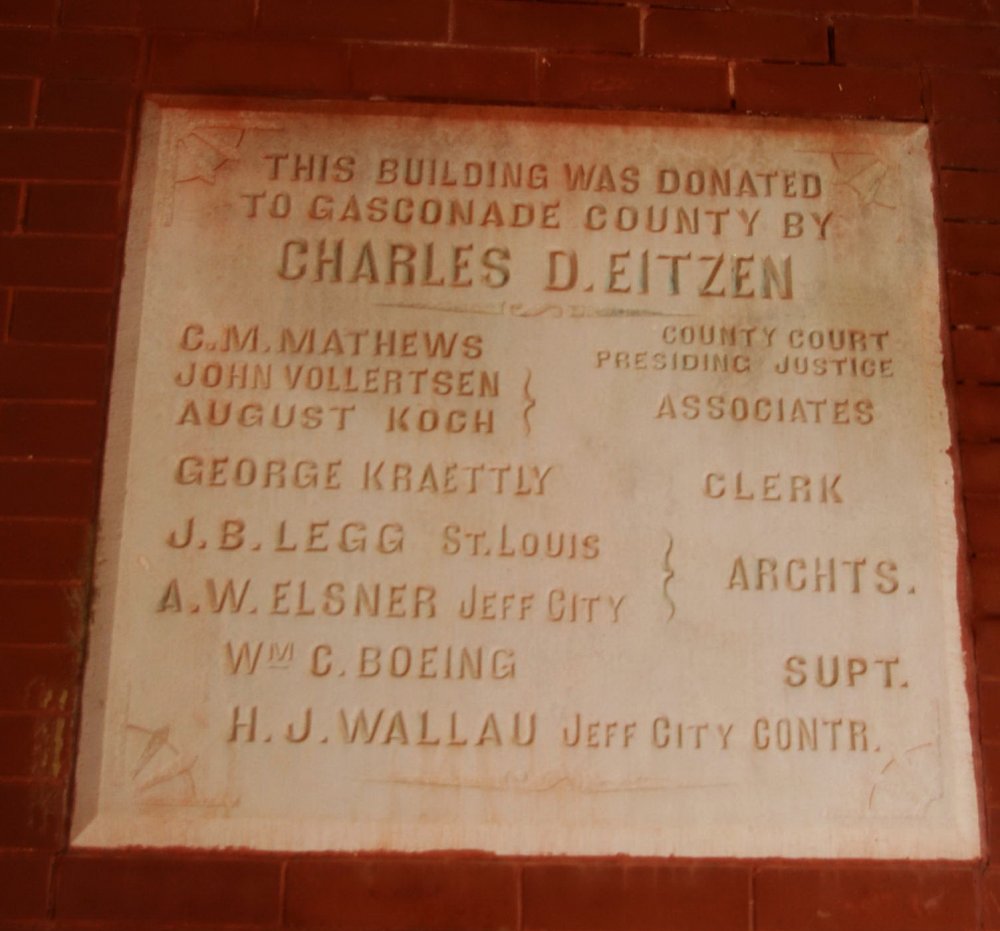 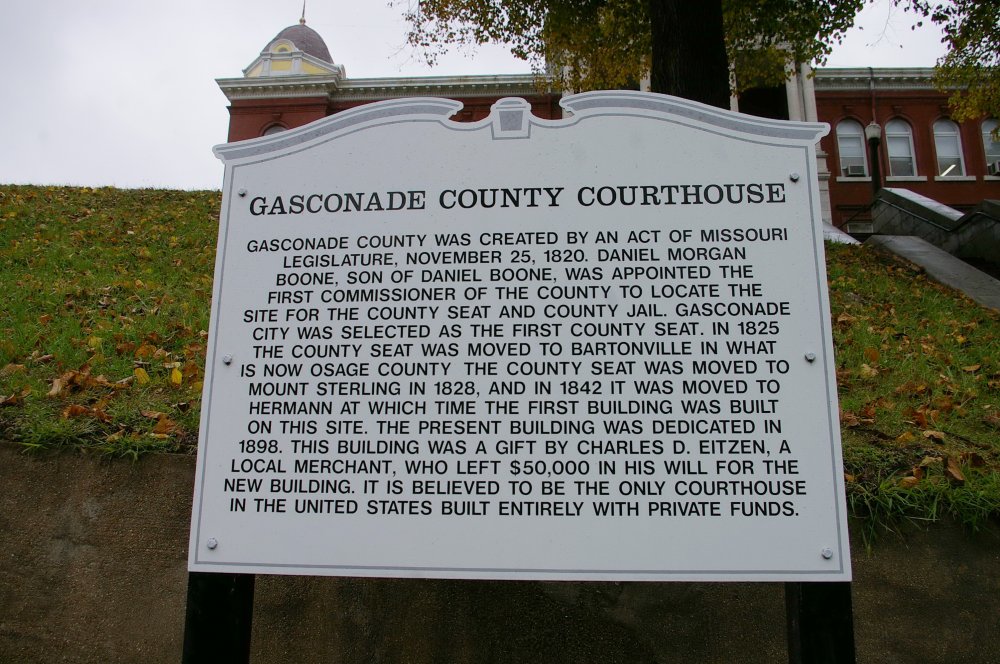