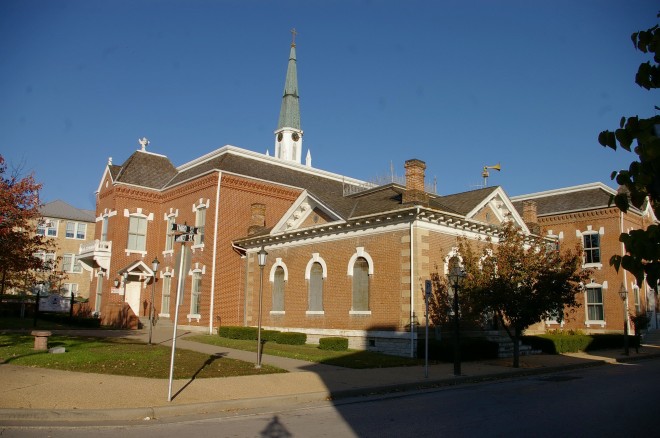 Ste. Genevieve County is named for Sainte Genevieve, who is the patron saint of Paris, France.

Description:  The building faces east and is a two story red colored brick and Ste. Genevieve sandstone  structure. The building is located on landscaped grounds in the center of Ste. Genevieve. There is stone trim at the windows. The roof rises on a slope to a flat roof line. There are gables at the roof peaks. The courtroom is located on the second story. In 1915, a western and southern extension were constructed for county offices. The architect was Robert G Kirsch and the contractor was McCarthy Construction Company. On the north side is the clerk’s office was designed in 1875 by John S Whitlock and built by Joseph B Jennings. On the south side is the old jail also built in 1875.

History:  The first courts met in private homes including the home of Henry Dodge. The county was created in 1812 and Ste. Genevieve was selected as the county seat. The first courthouse was a two story brick structure built by Loper and McCullough in 1823 at a cost of $1,000. Interior renovations were made in 1853 and 1855. The building was repaired in 1865 after the Civil War. A clerk’s office was built in 1843. A fireproof clerk’s office was built by Joseph B Jennings in 1875 at a cost of $2,500. Also in 1875, the jail was designed by John S Whitlock and built by Peter J Pauley and Brothers at a cost of $5,000. Both buildings are still standing flanking the courthouse. The second and present courthouse was constructed in 1885 to 1886 at a cost of $8,000. An extension was constructed in 1915. 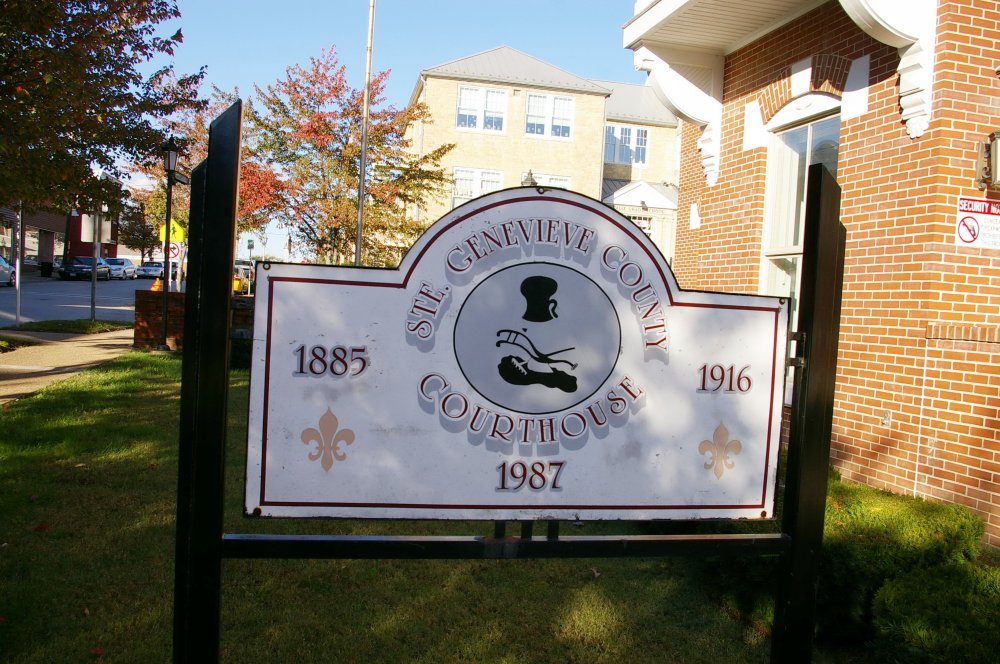 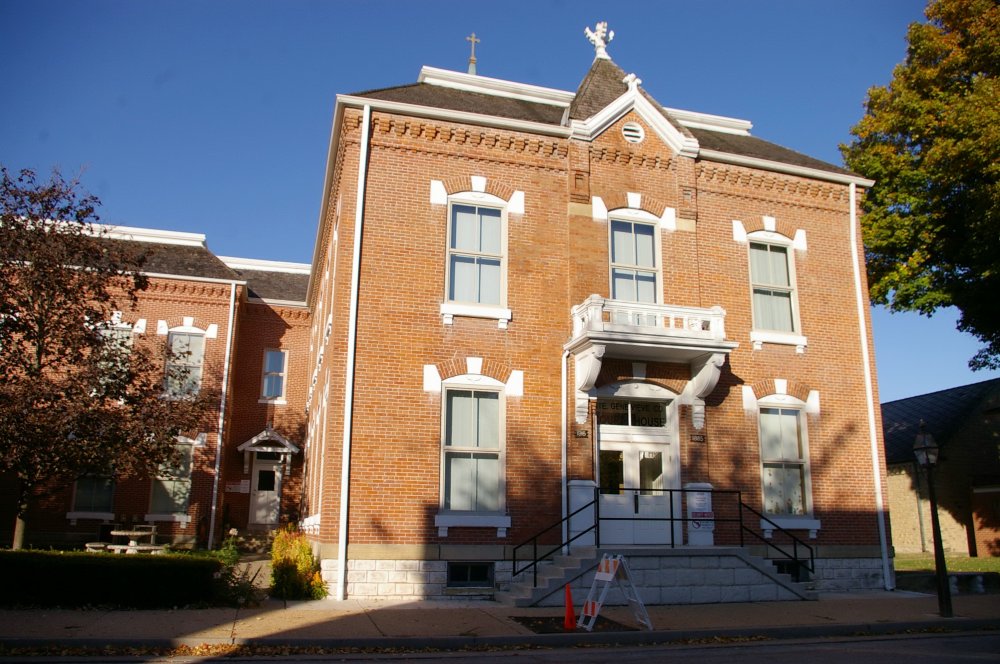 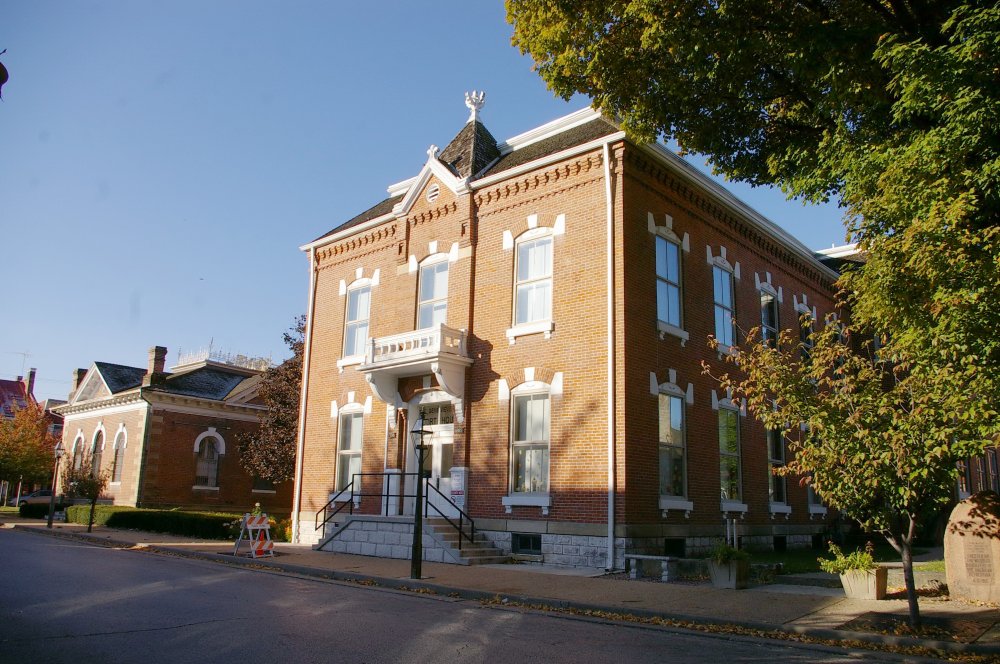 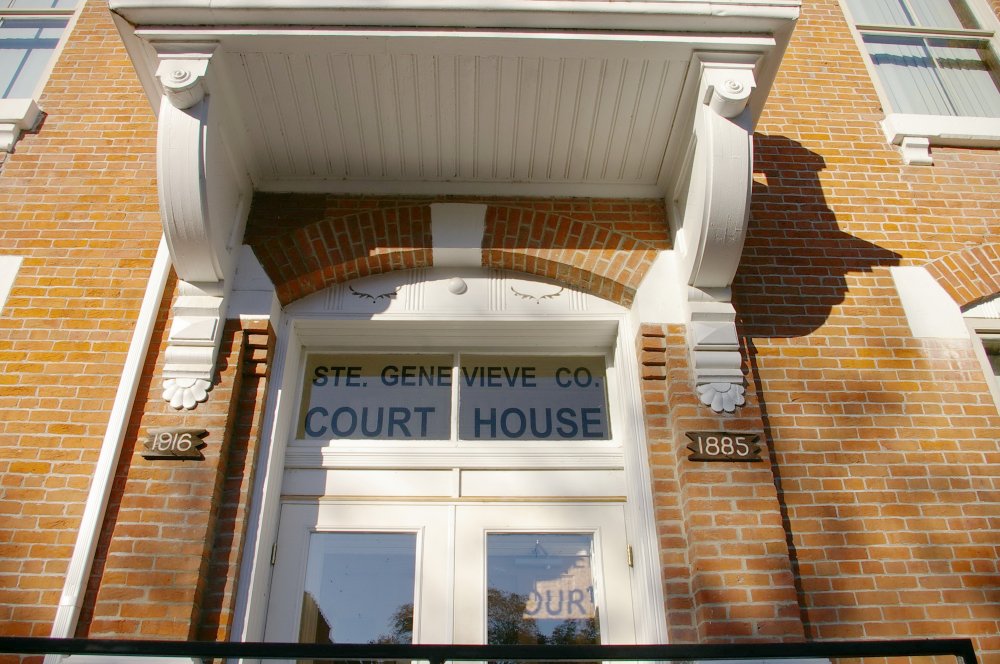 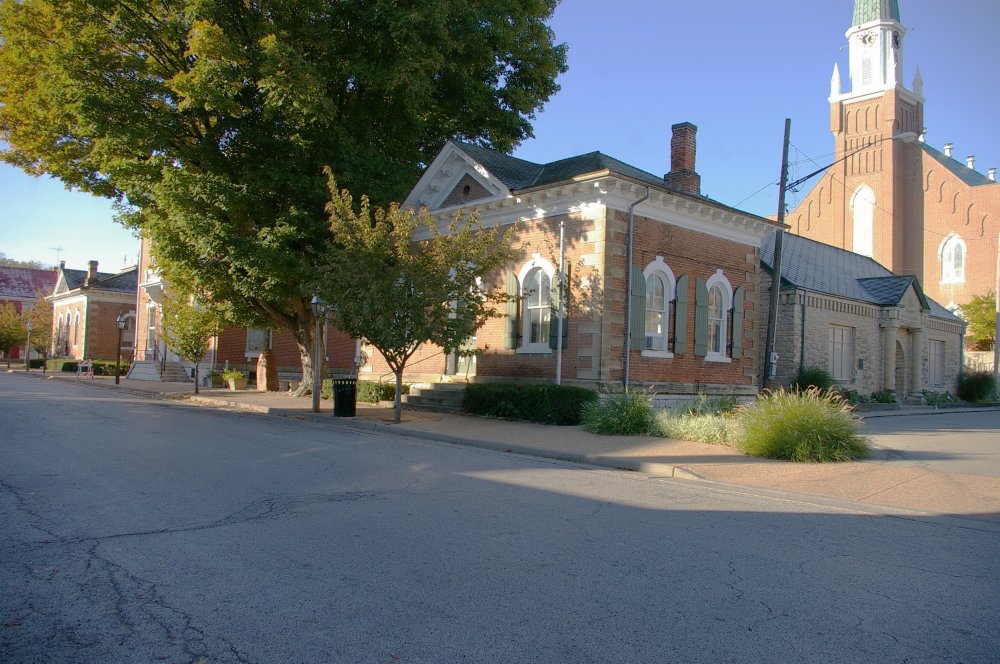