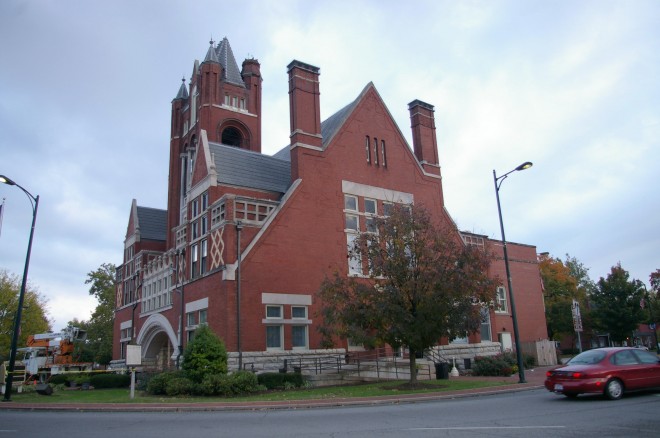 Nelson County is named for Thomas Nelson, who was a signer of the Declaration of Independence, and who lived from 1738 to 1789.

Description:  The building faces north and is a three story dark red colored brick and stone structure. The building is located on landscaped grounds of the Courthouse Square in the center of Bardstown. On the north front, the central square tower rises four stories and has a mansard roof. A wide curved stone arch frames the entrance and above the entrance are a set of windows close together and framed with white colored stone. White colored stone decorates the central tower. There is a peaked roofs on either side of the central tower. The base of the building is white colored course stone and the roof is hipped. To the west is the old County Jail built in 1874. 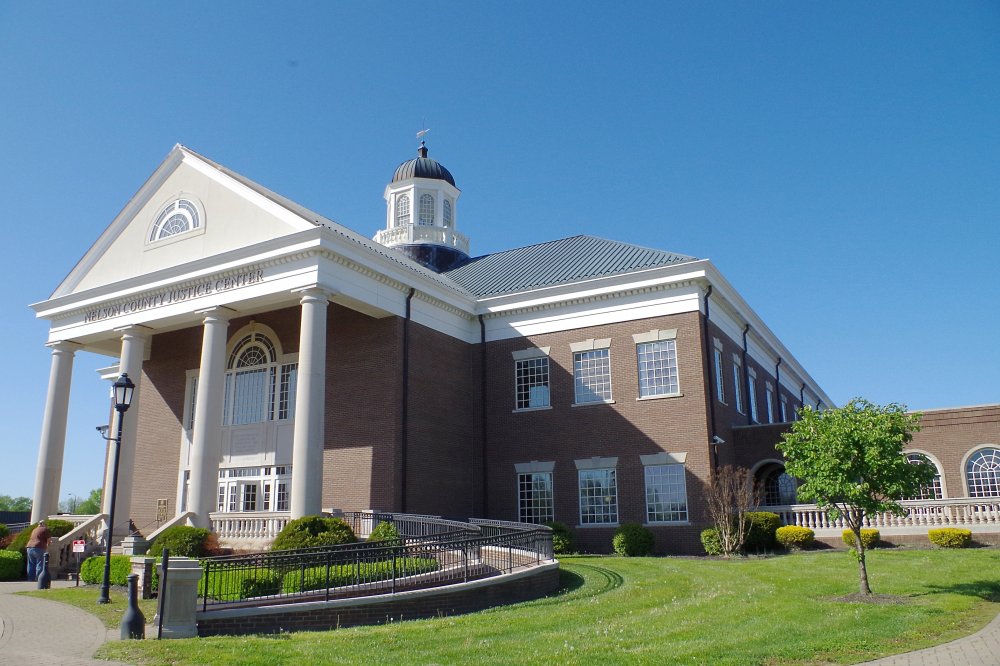 Description:  The building faces south and is a two story dark red colored brick and concrete structure. The building is located on spacious landscaped grounds to the east of the center of Bardstown. The south front has a large portico with four columns rising to a pediment with fan-light window at the roof line.  Above the entrance is a large arched window on the second story. The roof is hipped. The building has an eastern one story extension. 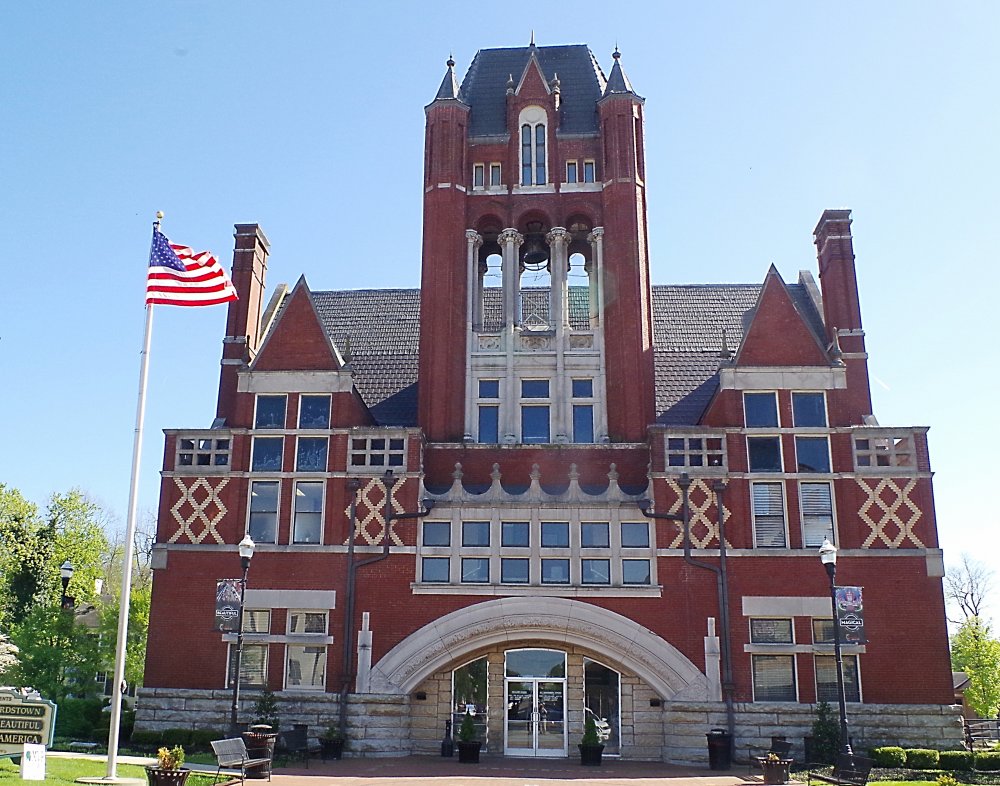 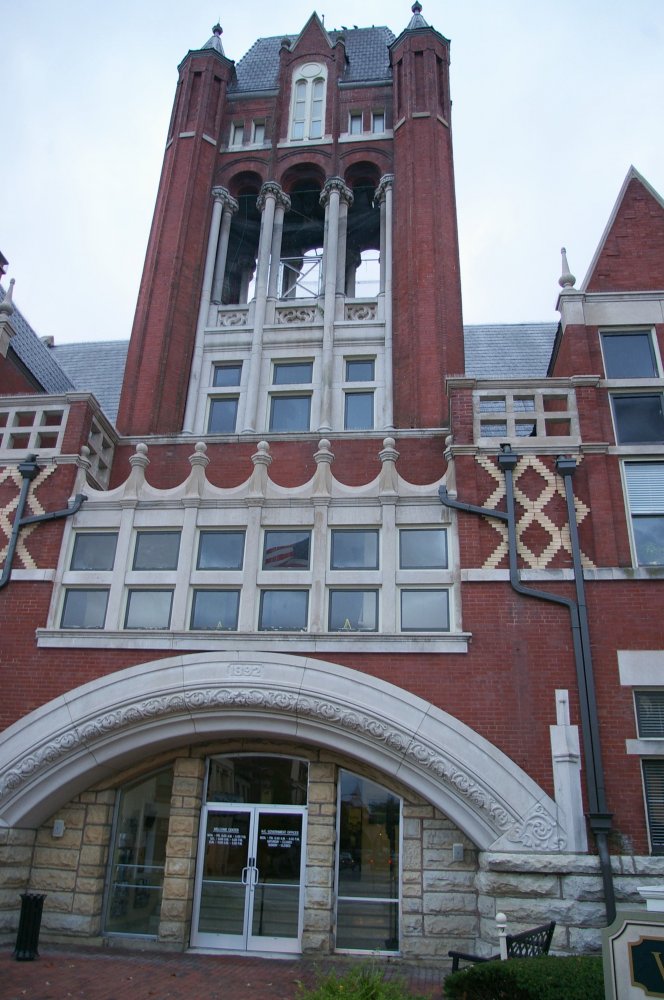 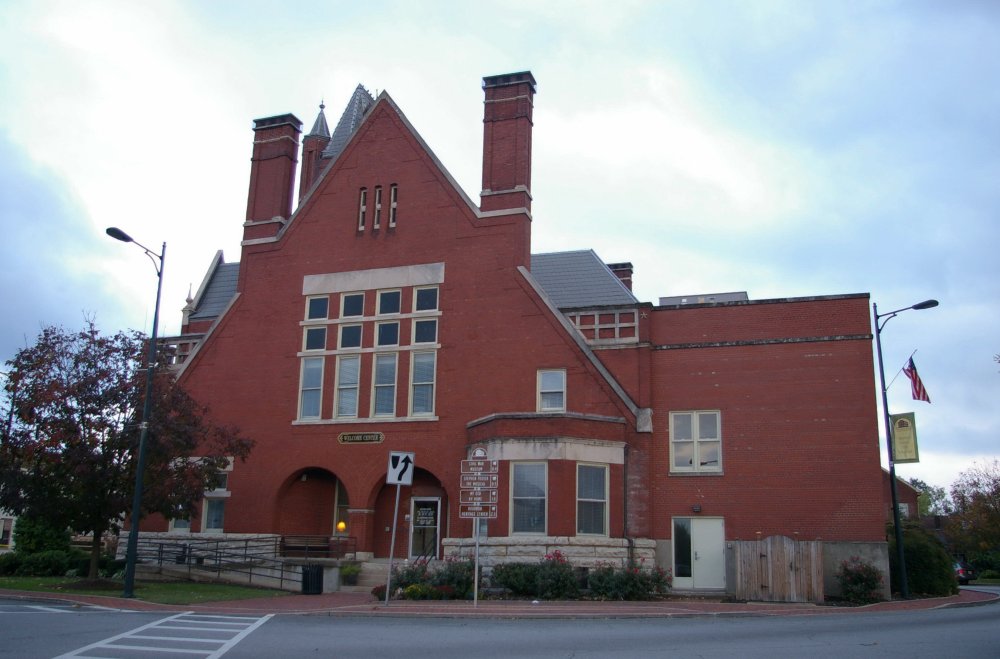 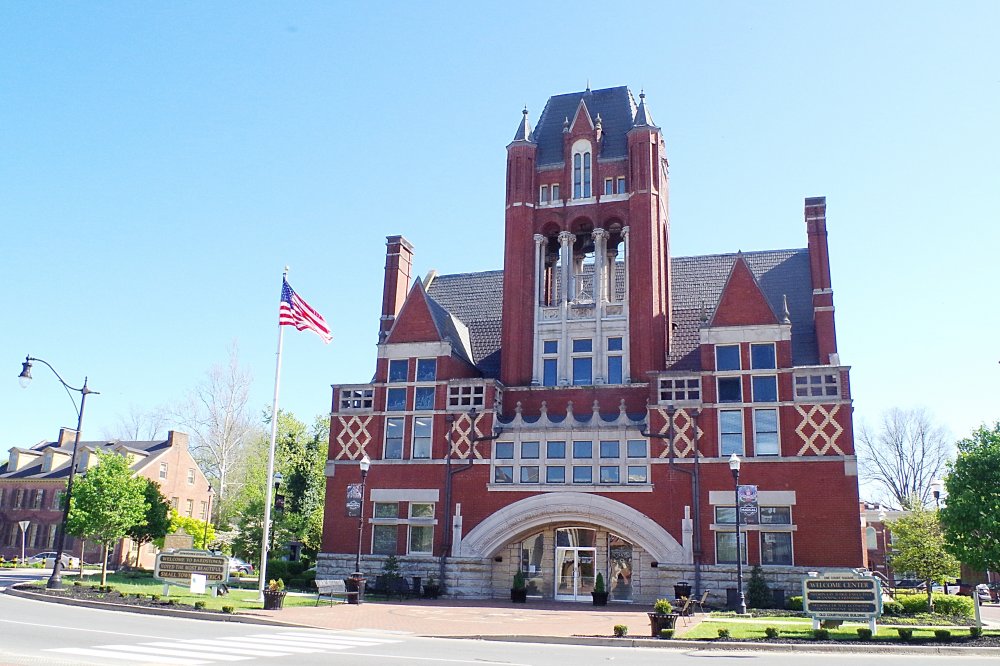 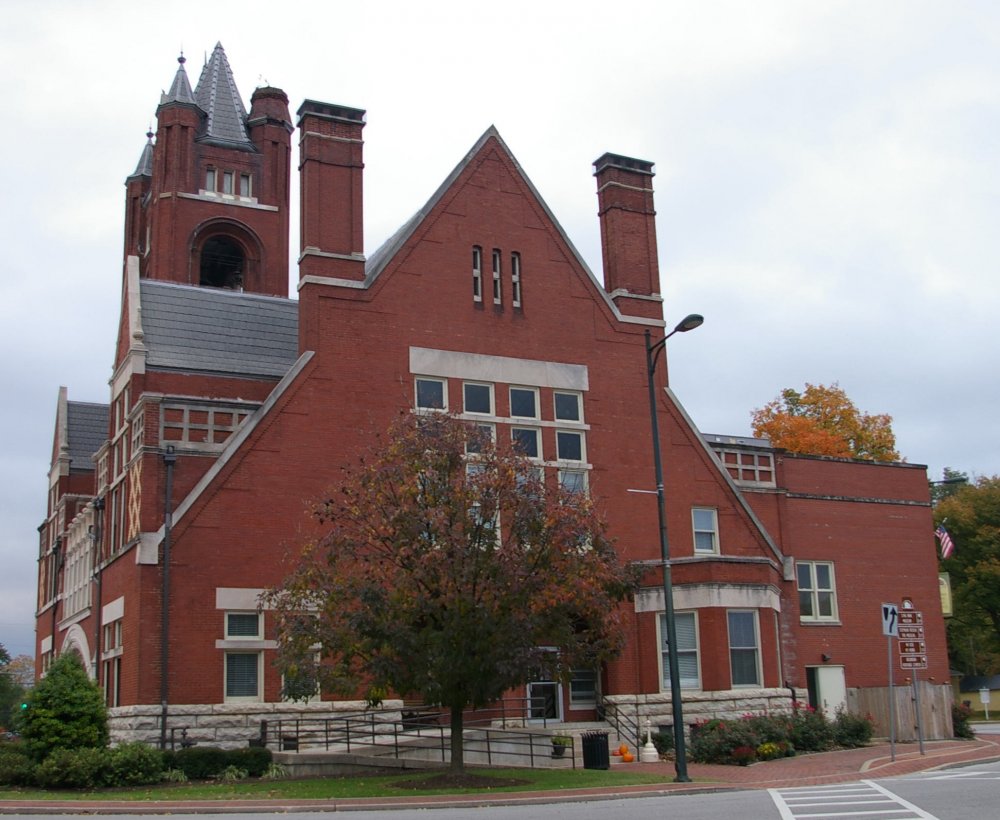 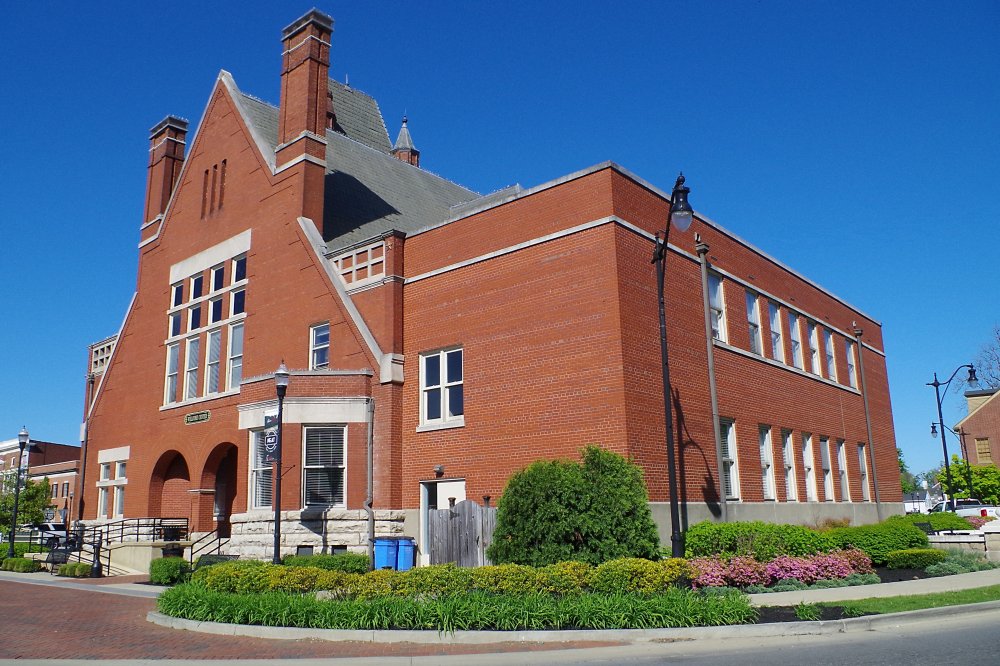 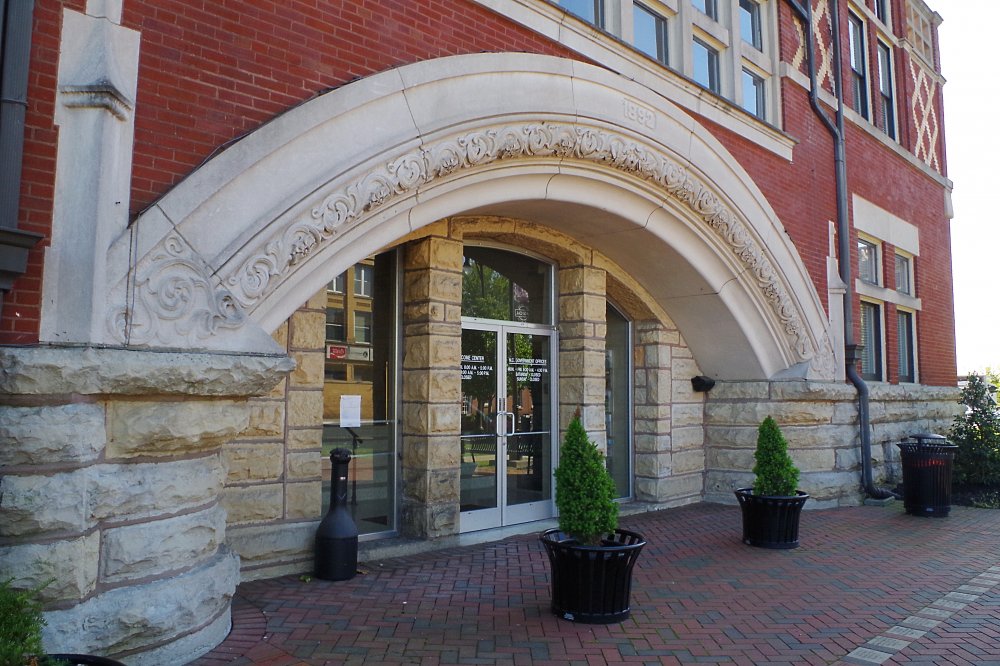 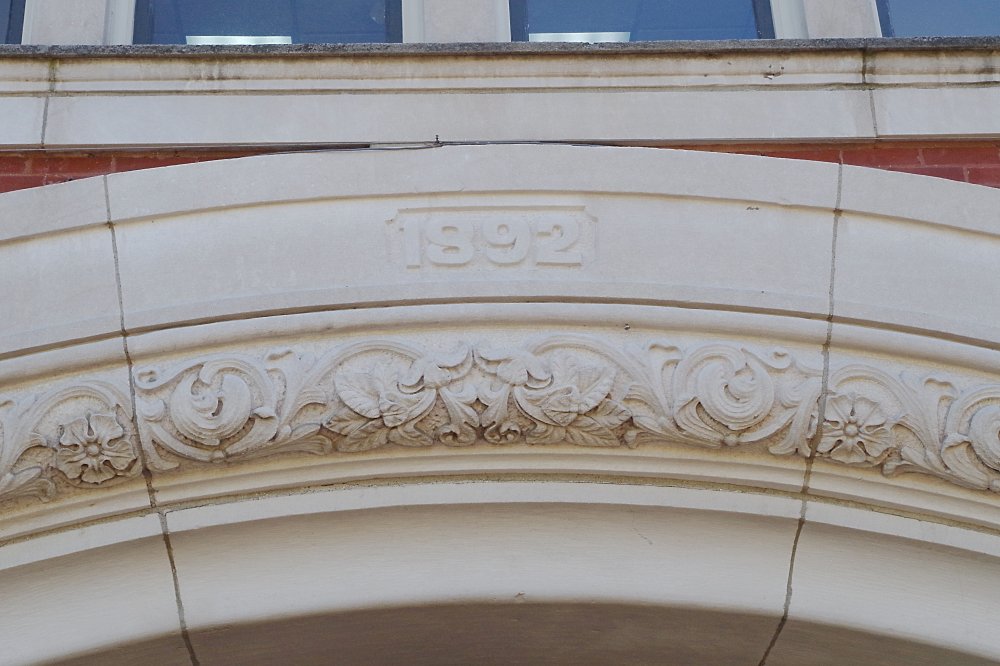 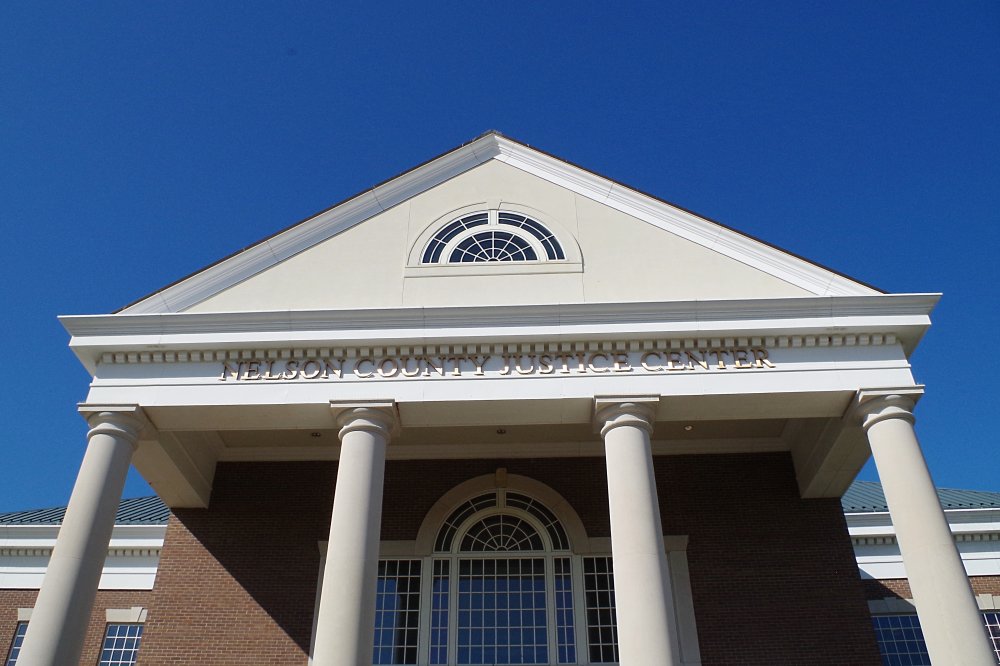 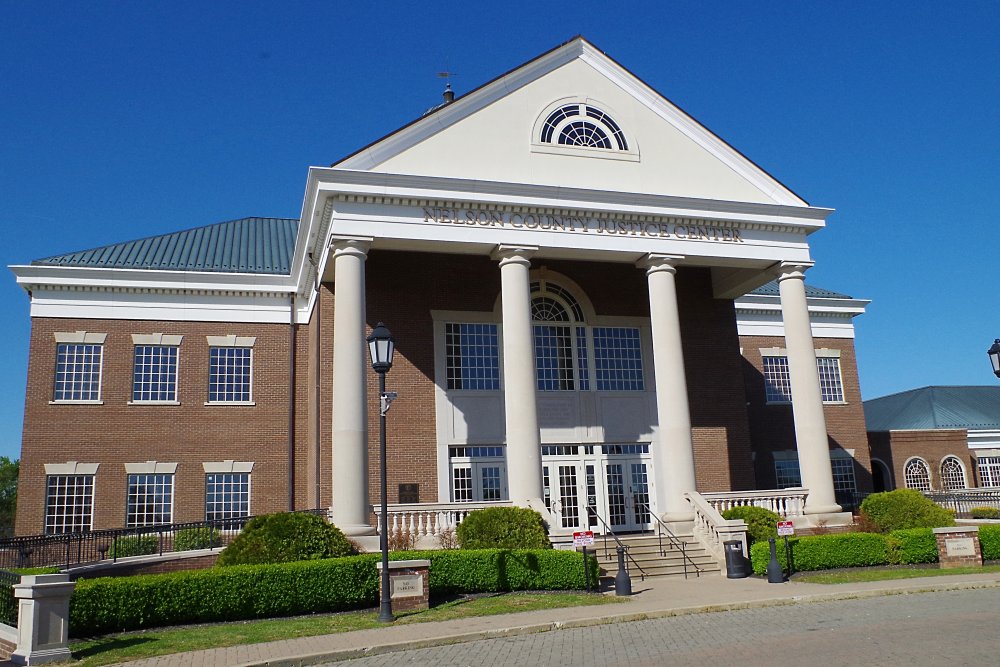 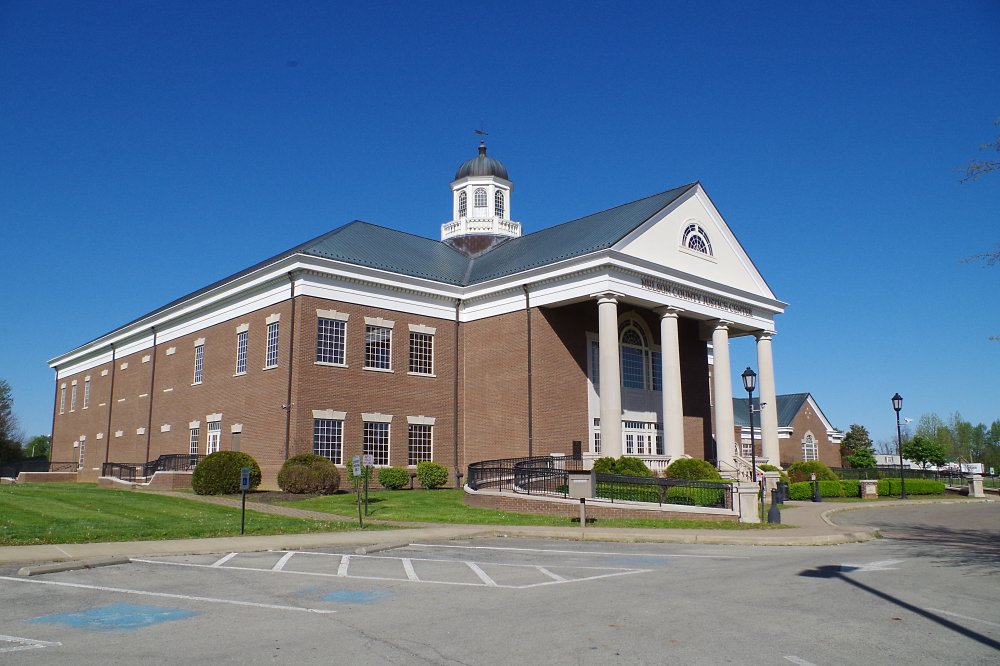 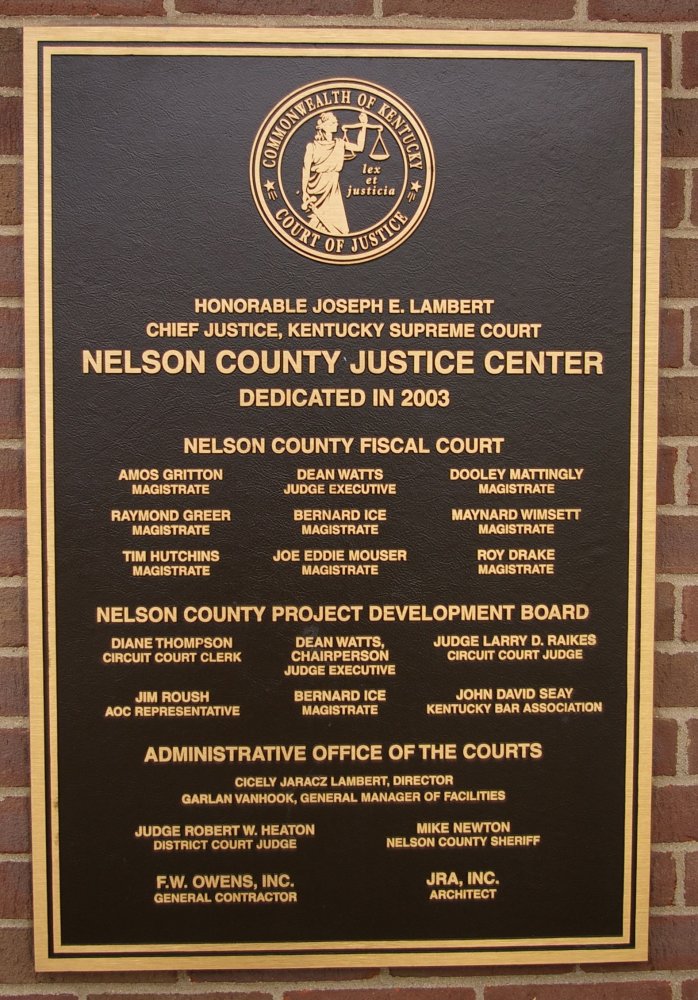