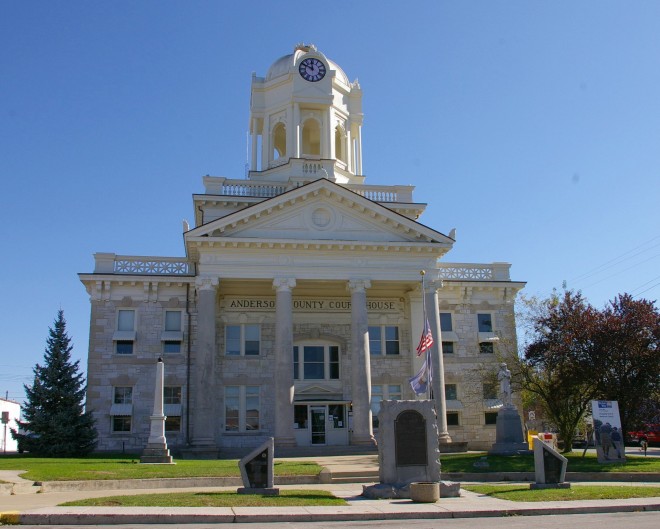 Anderson County is named for Richard Clough Anderson Jr., who was a United States legislator from 1817 to 1821.

Contractor:  John Haly Construction of Frankfort ( brother of the architect )

Description:  The building faces west and is a two story Kentucky River stone structure. The building is located on landscaped grounds in the center of Lawrenceville. The building is constructed of Kentucky River limestone. The west front has a large portico supported by four large Ionic columns rising to a pediment at the roof line. The limestone facade is laid in random pattern with plain quoins at the corners. The rectangular windows have stone lintels with the same finish as quoins. There is a balustrade on the platform of the tower which is octagonal with open sides and a clock at the top. In the interior, the courtroom is located on the second story. The building houses the County Circuit Court and County District Court of the 53rd Judicial District. In 1905, the front wall was moved forward and the size of the cupola reduced. In 1905, the building was remodeled by C E Bond. On April 13, 1915, fire almost destroyed the building. Using the original walls, the building was restored by architects Joseph and Joseph and the contractor was A J Stair of Knoxville, Tennessee. An addition was constructed on the east side in 1998. The architect was WMB, Inc. and the contractor was E H Construction Company. 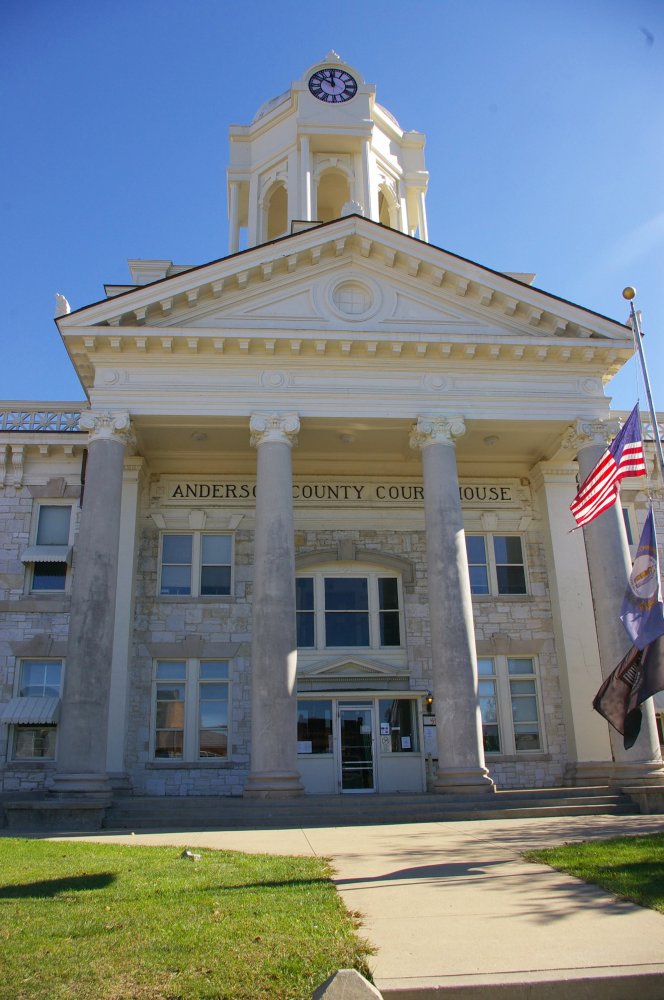 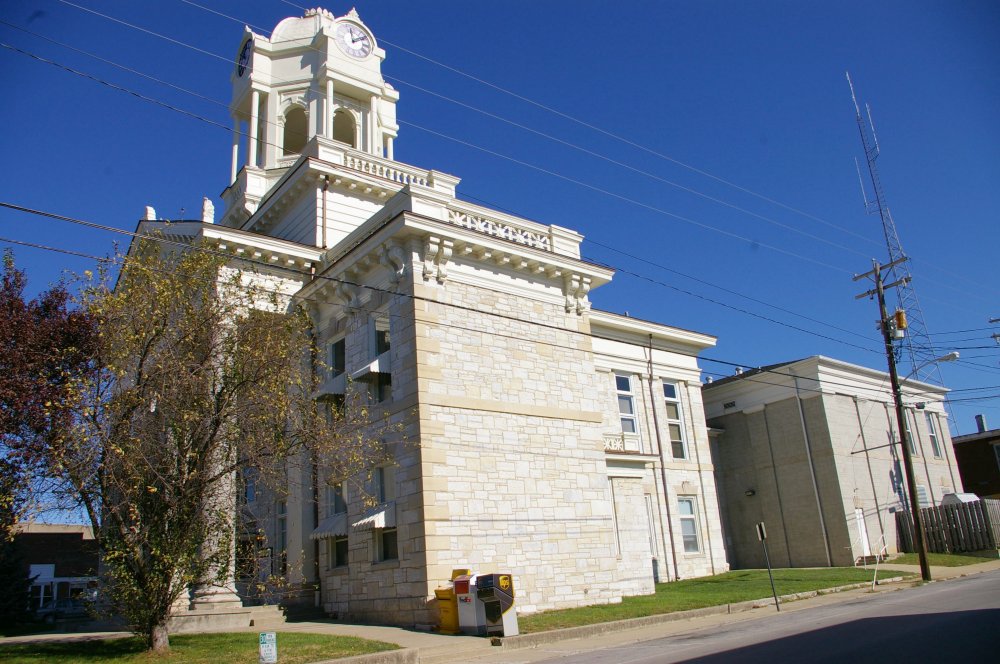 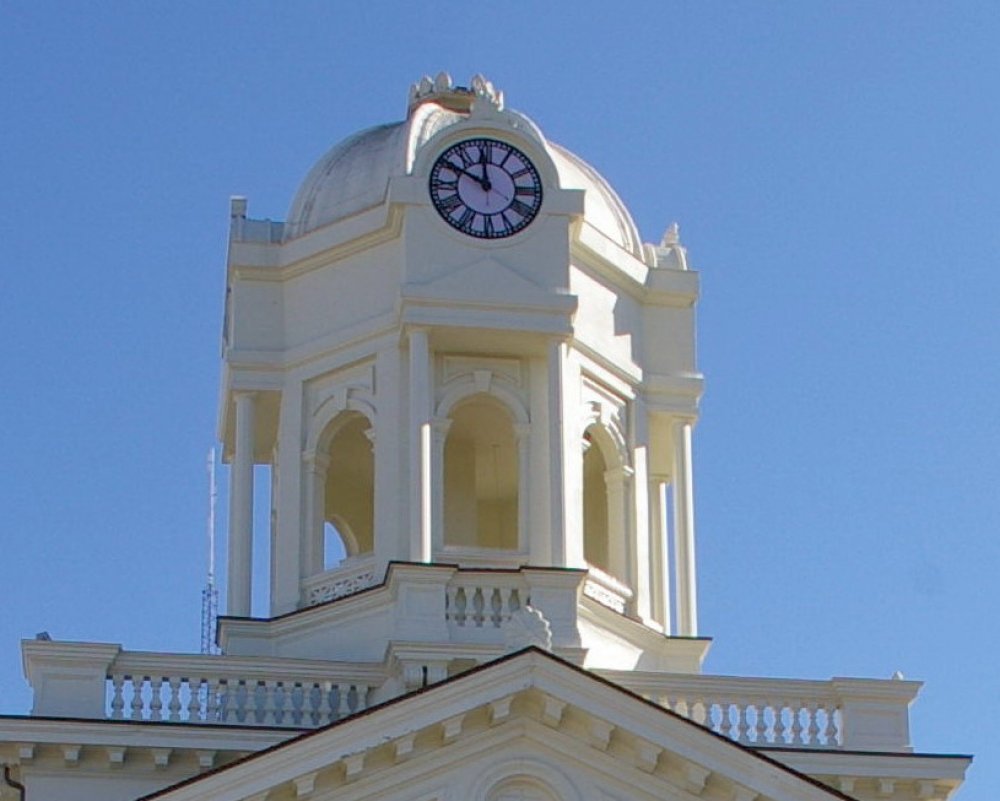 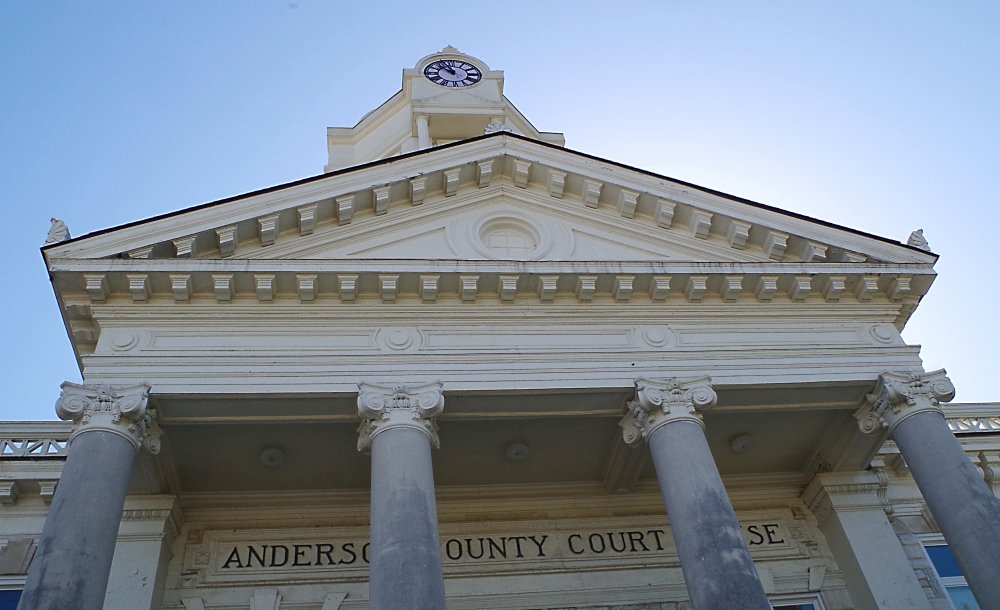 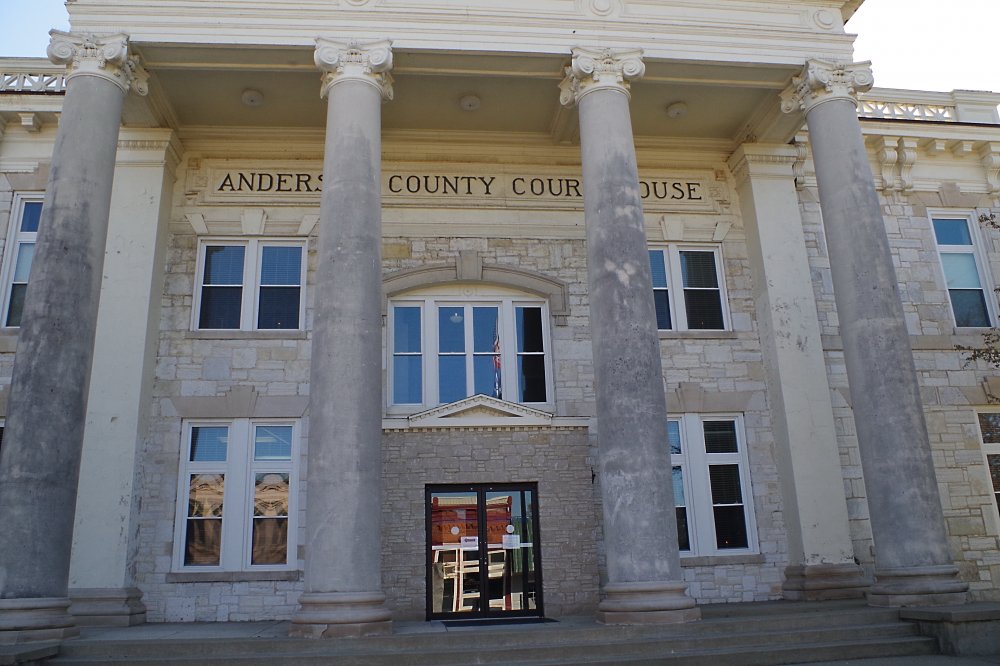 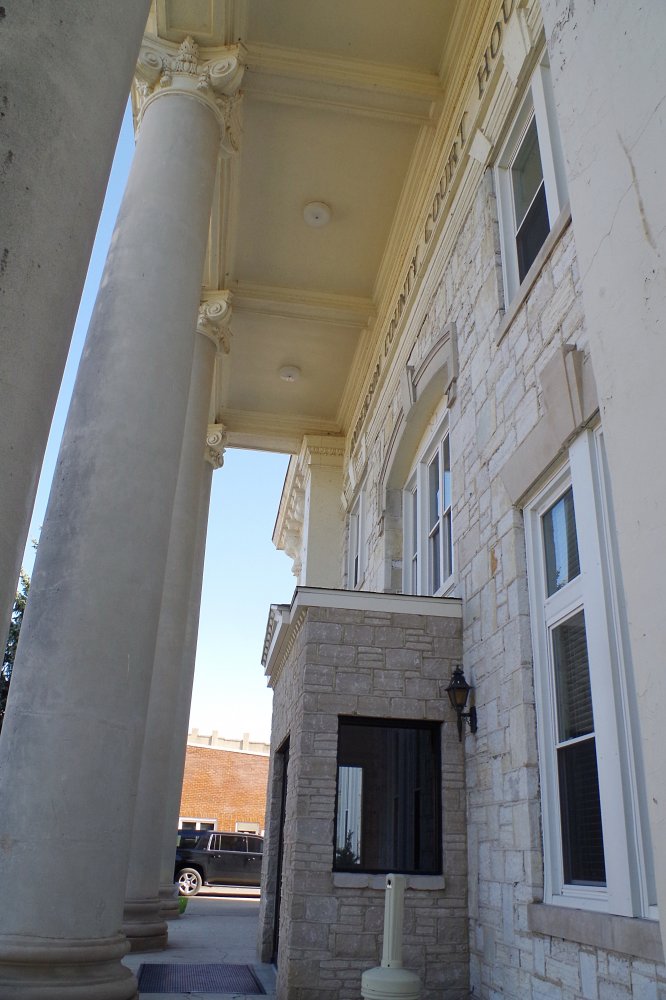 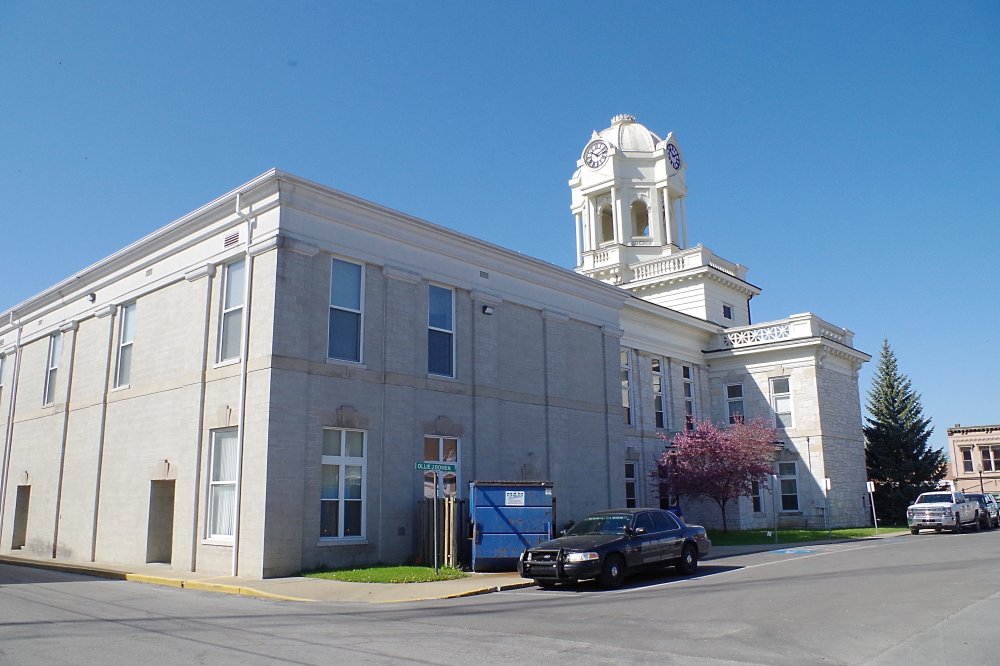 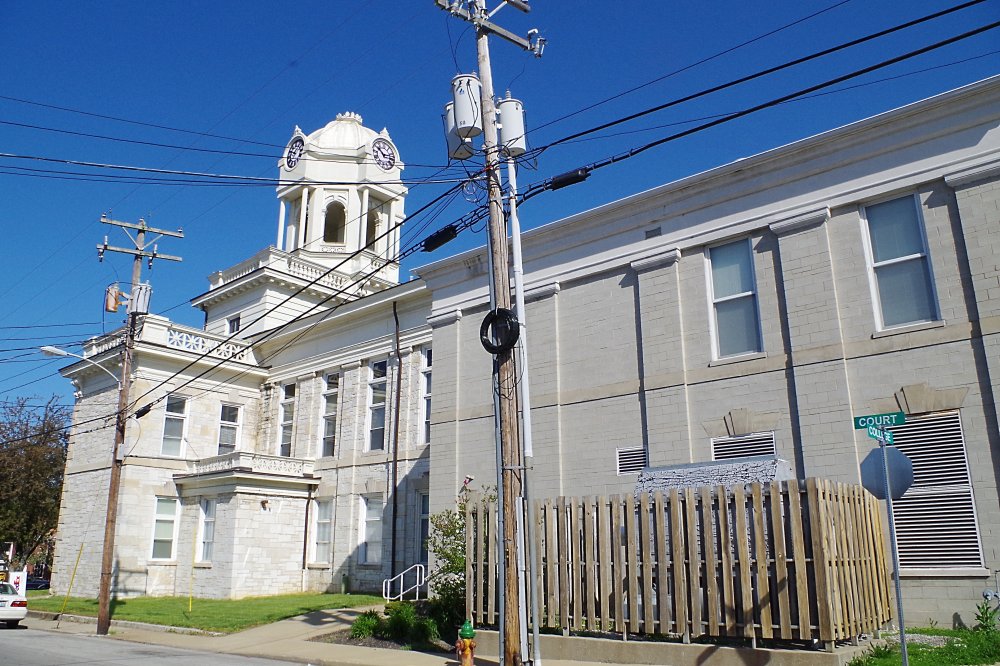 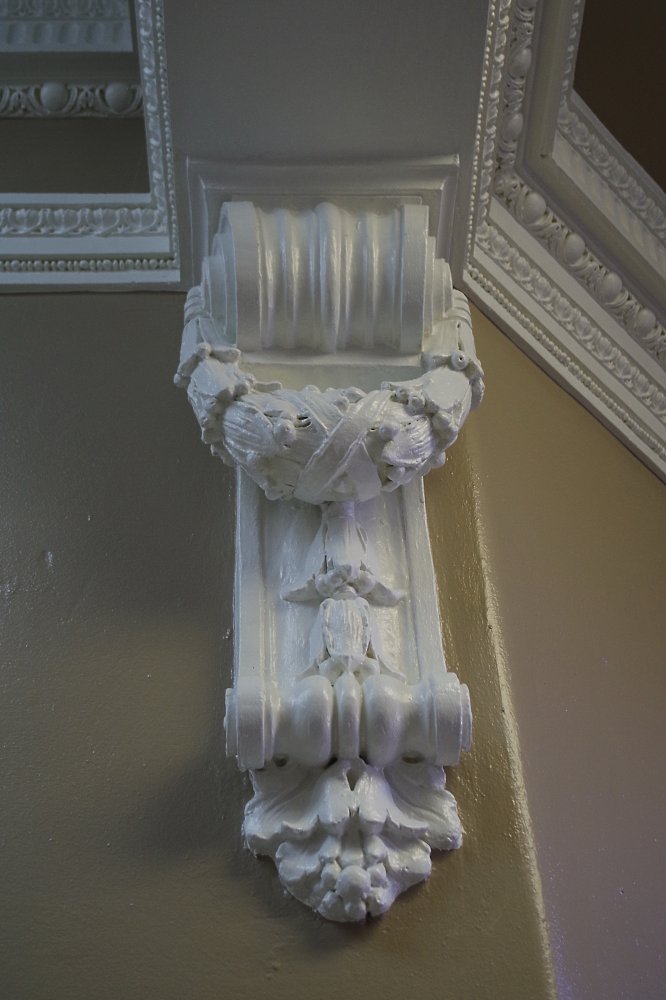 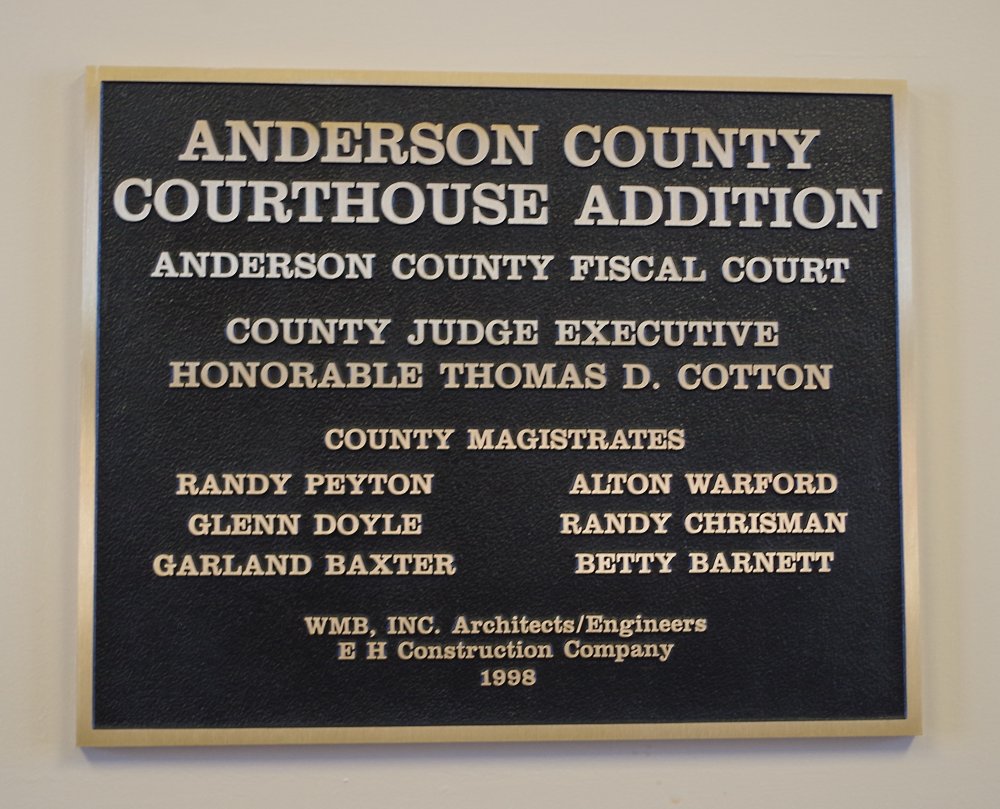