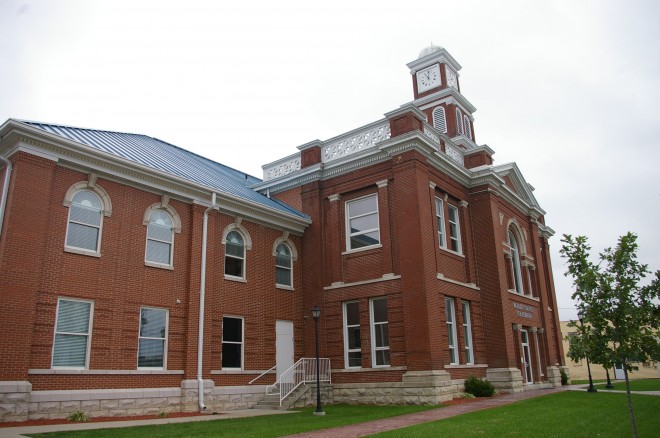 Bullitt County is named for Alexander Scott Bullitt, who was the Lieutenant Governor of Kentucky from 1800 to 1804.

Description:  The building faces west and is a two story dark red colored brick, stone and concrete structure modeled after the former 1802 Court House. The building is located on landscaped grounds in the center of Shepherdsville. .The central section of the building has a protruding section on the west side, with peaked roof, large arched window on the second story and entrance on the first floor. A balustrade extends across the front and along the sides. On top of the roof is a square brick and white colored wood cupola with clock at the top and white colored dome. The main part of the building is two stories and extends eastwards. The base is white colored rough stone. The roof is hiped. In 2002 to 2004, a two story red colored brick and concrete addition was constructed on the north, east and south sides of the original courthouse. The architect was CMW, Inc. of Lexington and the contractor was Codell Construction Company of Winchester. On the east side is the old rough stone jail.

See:  The architect, Mason Maury, also designed the courthouse in Nelson County and the former courthouse in Barren County along with the contractor Brashear and Johnson. 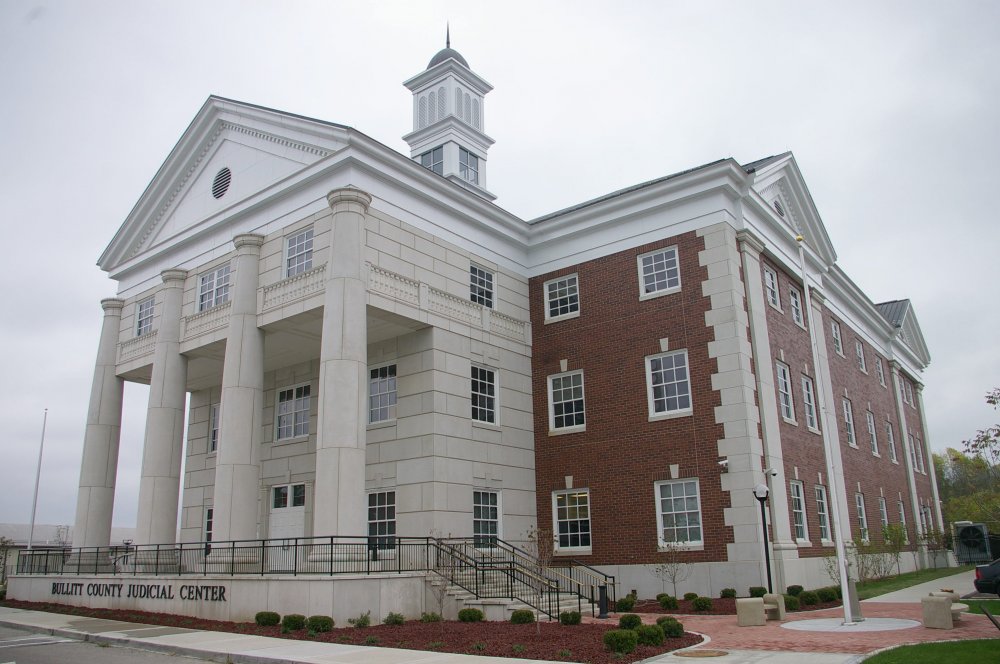 Architect:  CMW, Inc. of Lexington and Architects Plus

Description:  The building faces west and is a two story red colored brick and concrete structure. The building is located on landscaped grounds in the center of Shepherdsville on the northeast side of the courthouse. The west front has a large portico supported by four large columns rising to a third story section with pediment at the roof line. The portico section has stone facing with a central entrance on the first story.  On the center of the roof is a high square cupola with small dome. The roof is hipped. There is stone trim at the corners. 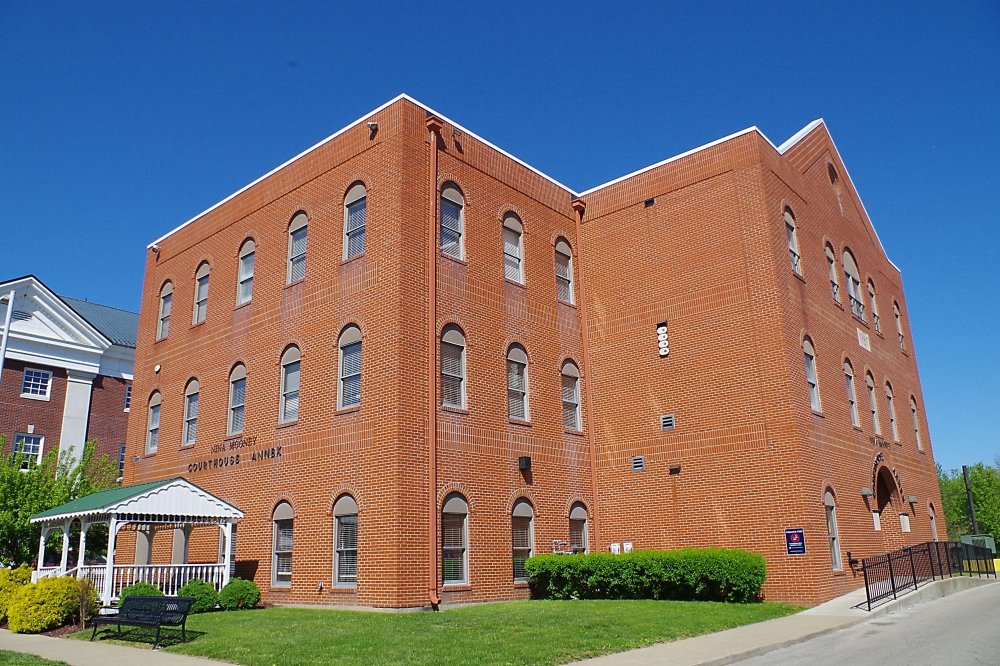 Description:  The building faces south and is a three story red colored brick and concrete structure. The building is located on landscaped grounds in the center of Shepherdsville on the east side of the courthouse. The south front has a central arched entrance. The windows have small arches above. The roof line is flat. The building is named as the Nina Mooney Courthouse Annex. 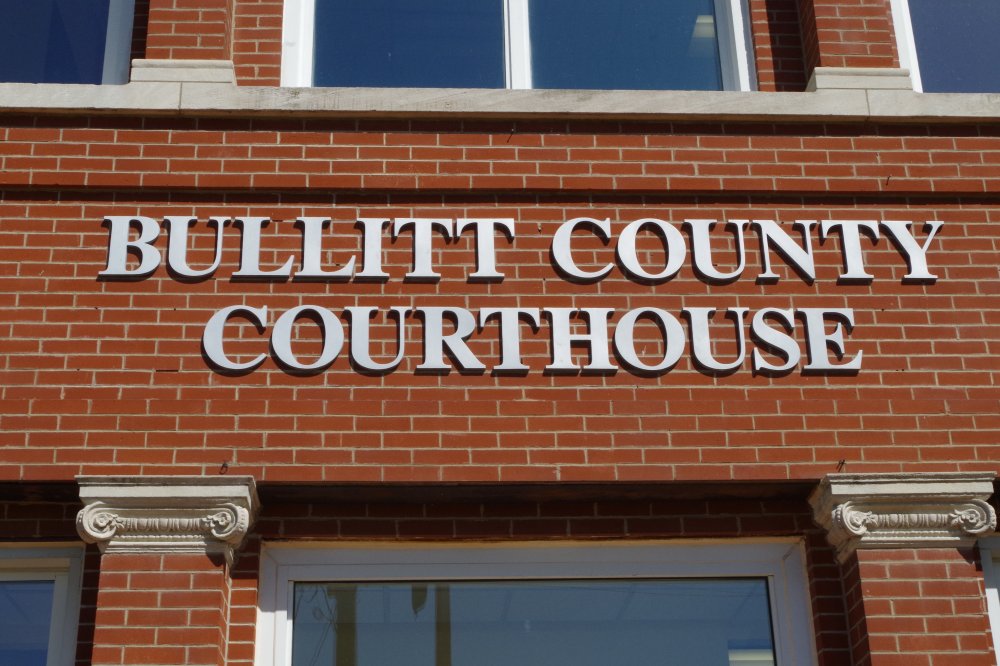 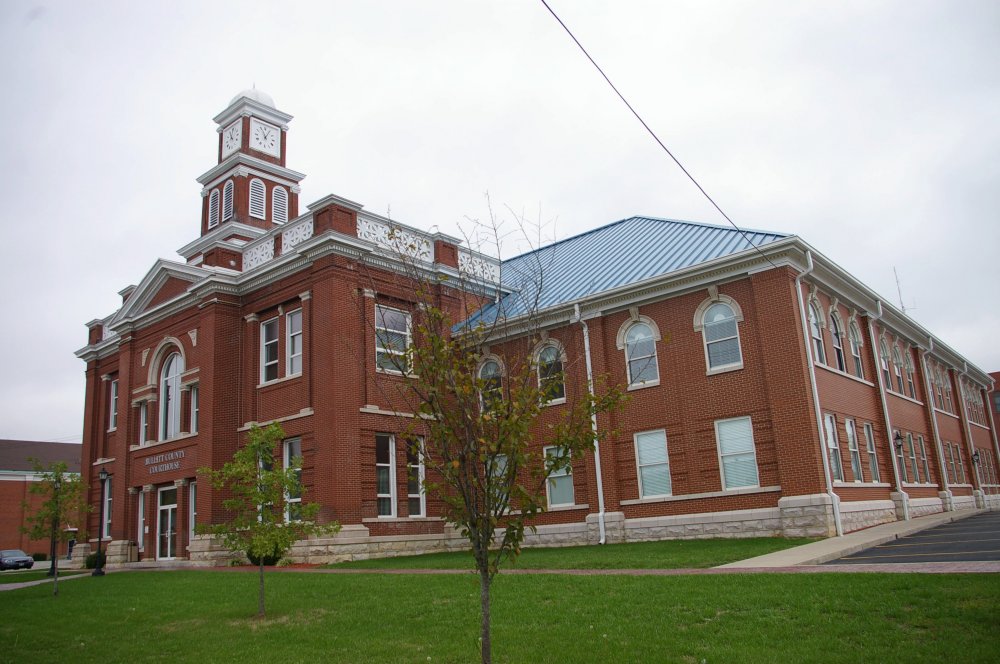 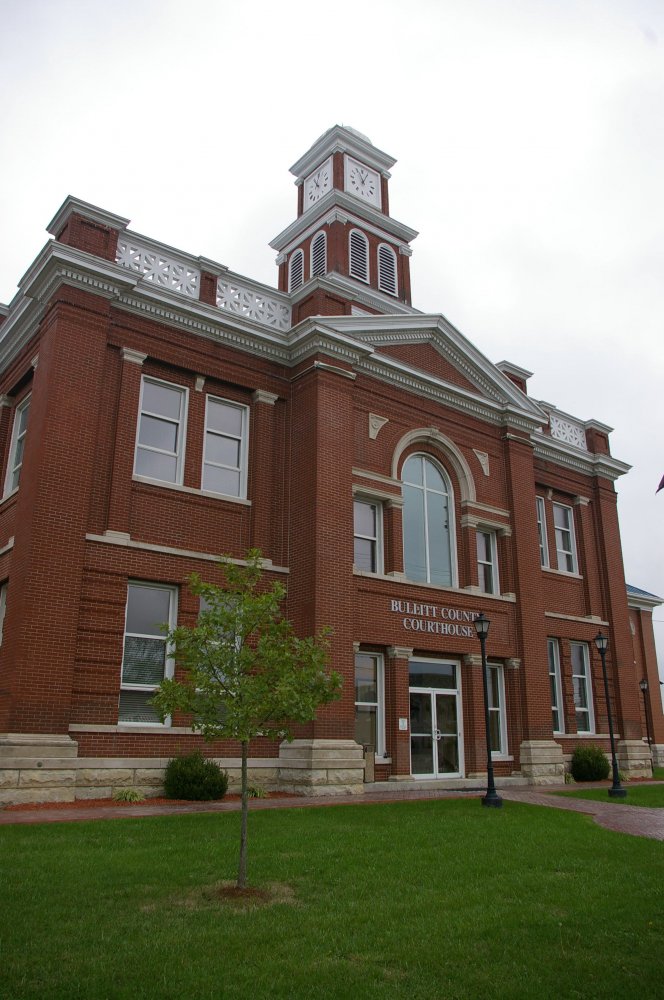 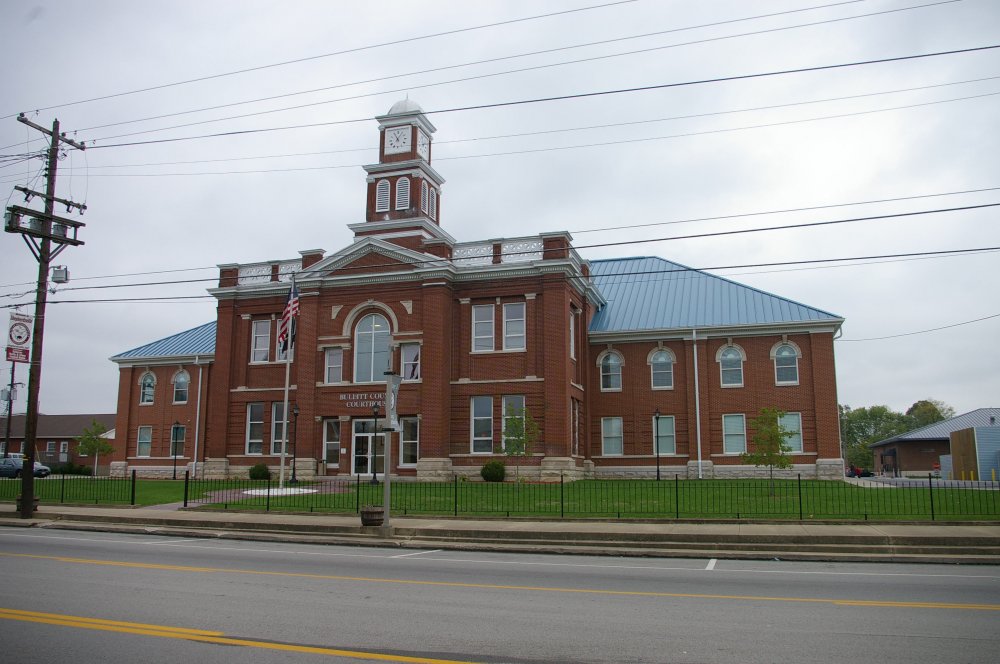 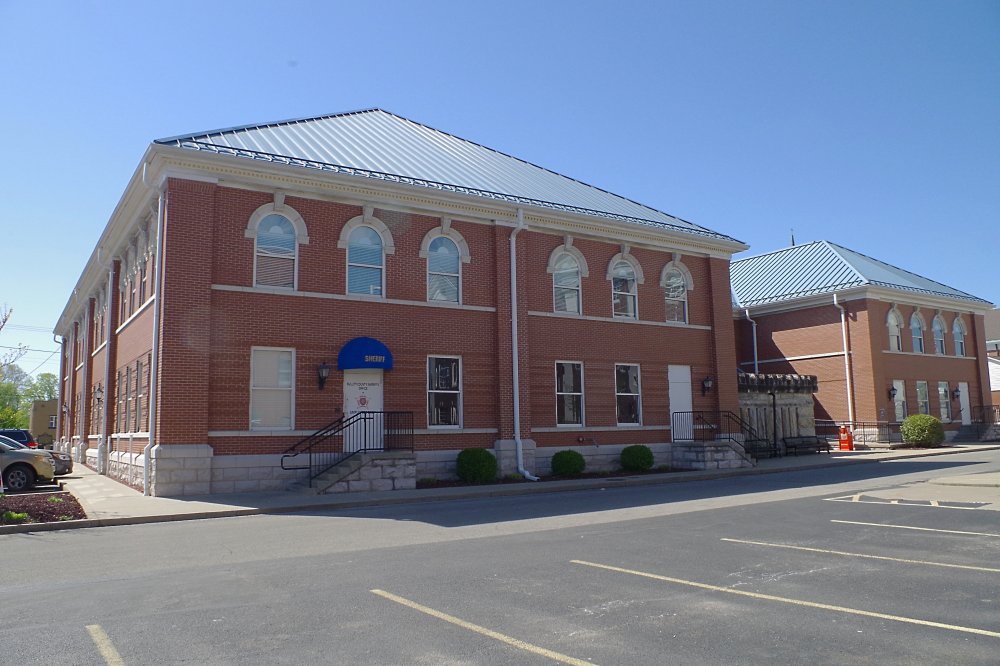 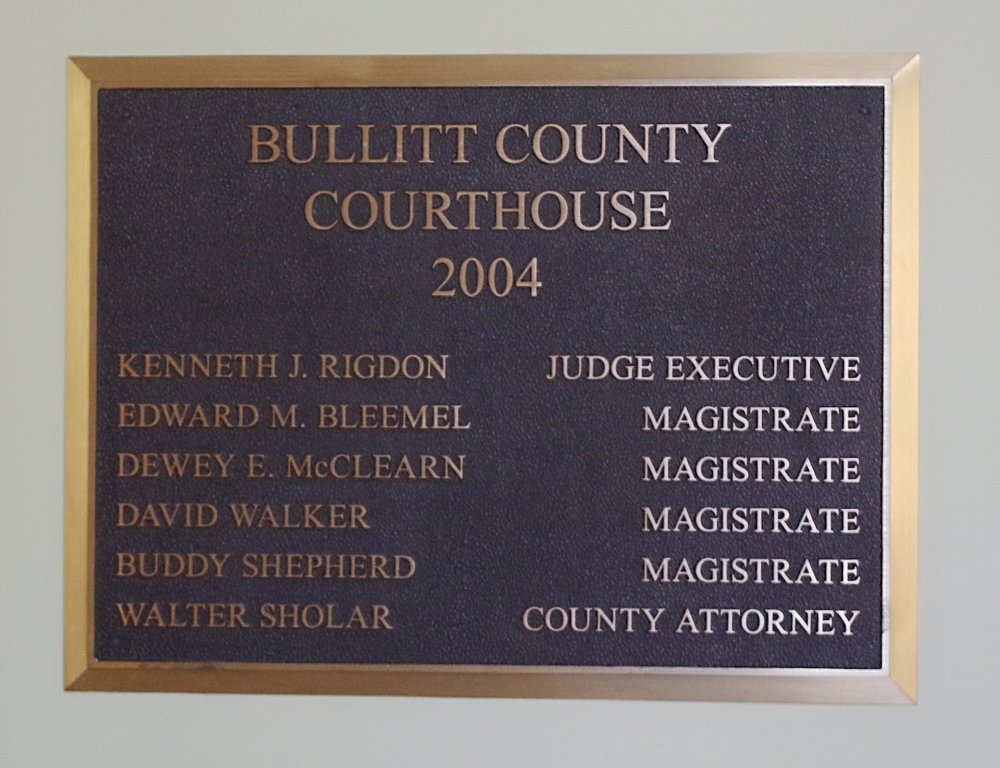 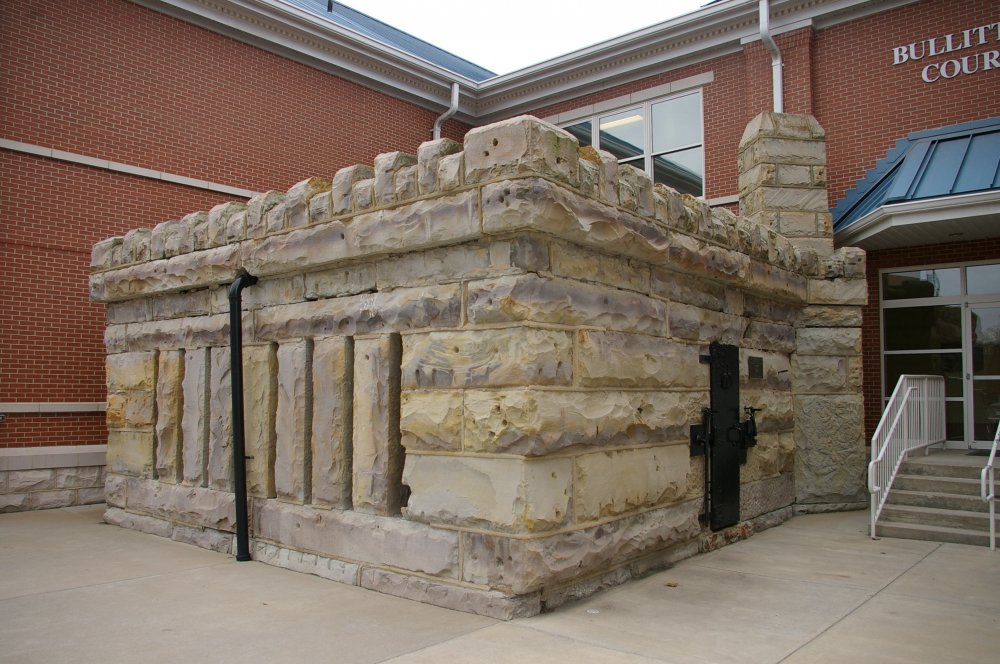 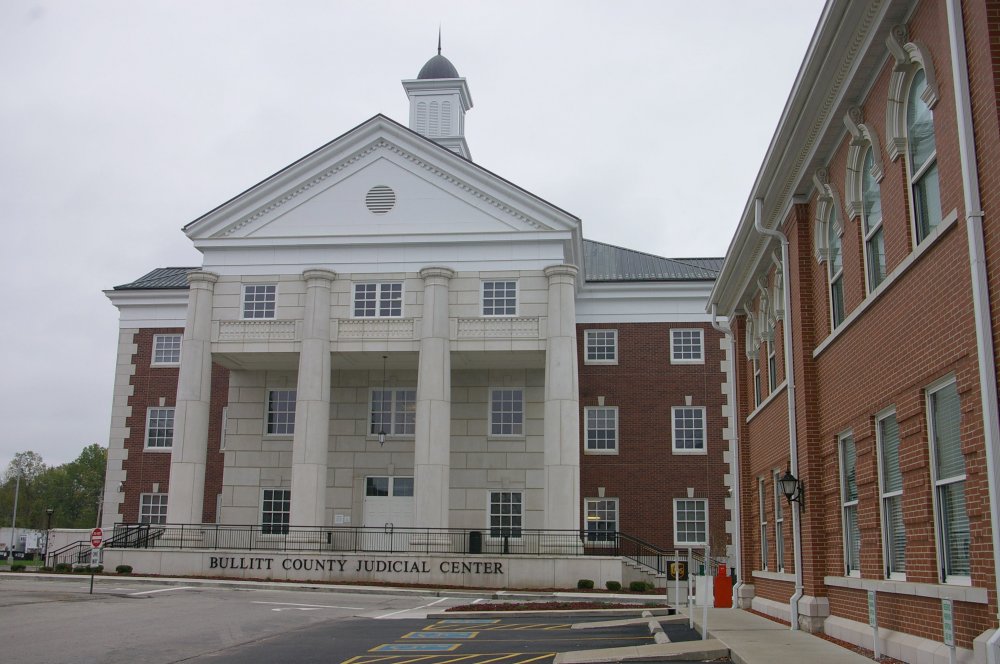 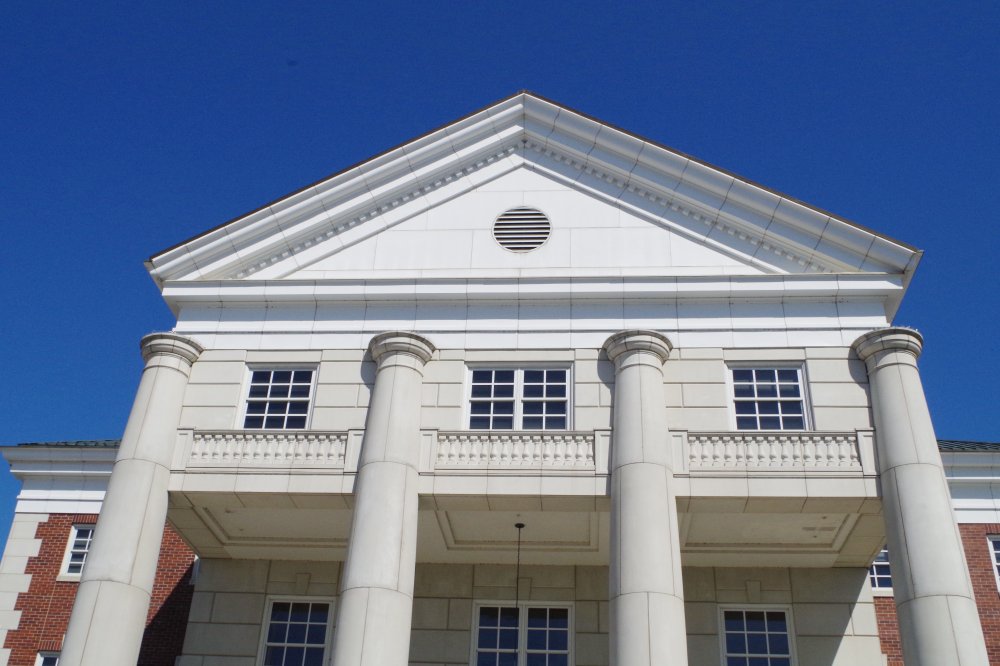 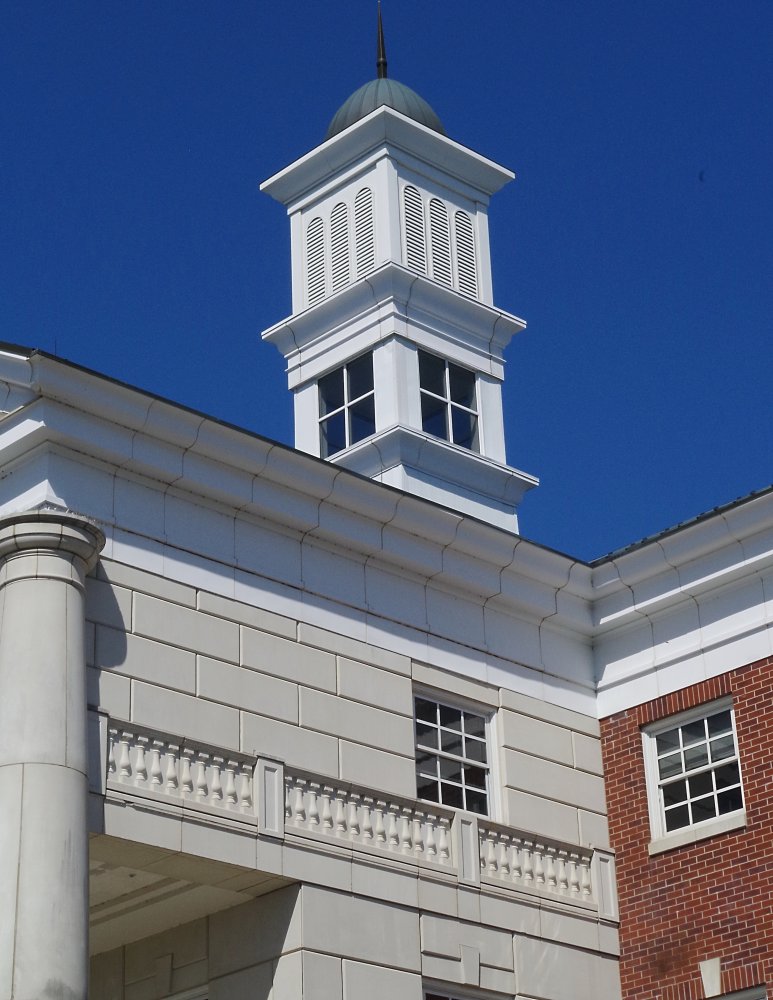