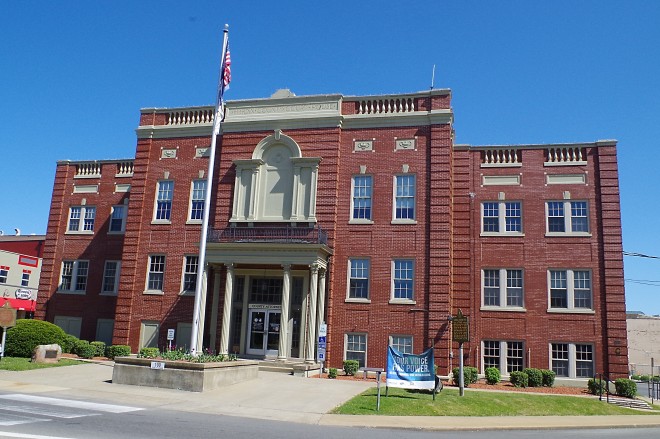 Hardin County is named for John Hardin, who was a pioneer in the area and who lived from 1753 to 1792.

Description:  The building faces west and is a three story dark red colored brick and concrete structure, which sits in the center of the Public Square. The west front has a portico supported by four narrow columns, with a balcony above. White colored stone fills in the three window space above the entrance. The front section of the building protrudes and a stone balustrade is along the roof line.

Note:  The previous courthouse was constructed in 1872 to 1873. An addition was designed by Brinton Beauregard Davis and constructed in 1906. The building was destroyed by fire in 1932. Description:  The building faces west and is a two story concrete and glass structure.