Barren County is named for The Barrens, a region of grassland in Kentucky.

Description:  The building faces north and is a three story red colored brick and concrete structure. The building is located on landscaped grounds. The north front has a high portico supported by four large white colored columns rising to the pediment at the roof line. Stairs on the east and west ascend to the white entrance doorway under the portico. Between the second and third stories is a white protruding cornice. On the center of the roof is a tall square white cupola with clock and smaller cupola above. The building was renovated in 1998 to 1999. The architect was Bradsetter Caroll of Lexington and the contractor was James N Gray of Glasgow, 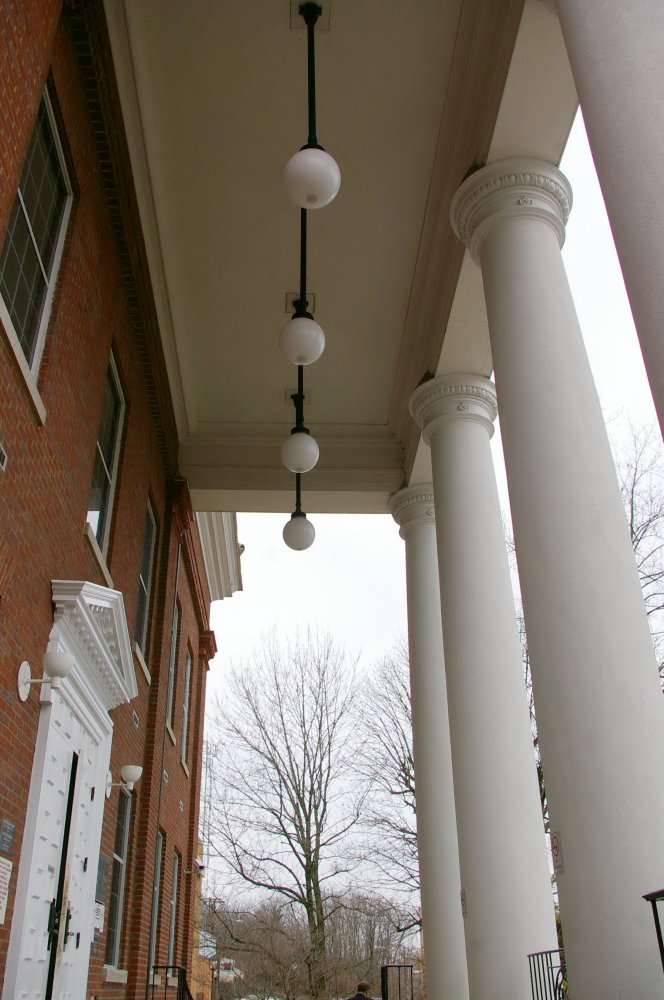