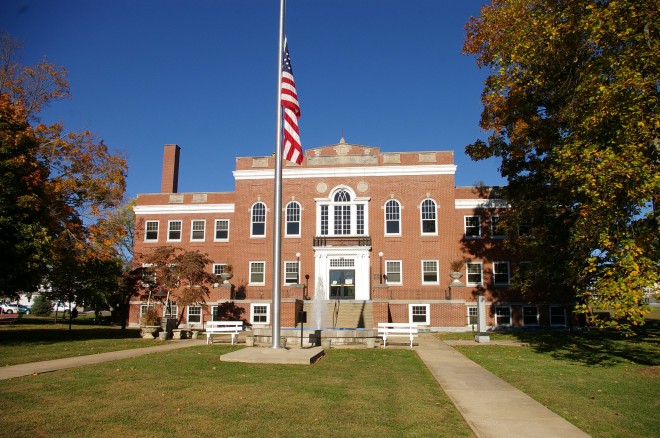 Hart County is named for Nathaniel G T Hart, who was a lawyer captured at the Battle of River Raisin, and who lived from 1784 to 1813.

Description:  The building faces south and is a three story red colored brick and concrete structure. The south front section extends from the main building. Steps ascend to a white colored framed doorway with small black iron balcony above. On the second story, the center window forms an arch above the entrance below. The two windows on either side of the center window, are also arched. A white colored horizontal band follows the roof line.

Note:  The previous courthouse was constructed in 1893 and was destroyed by fire in 1928. 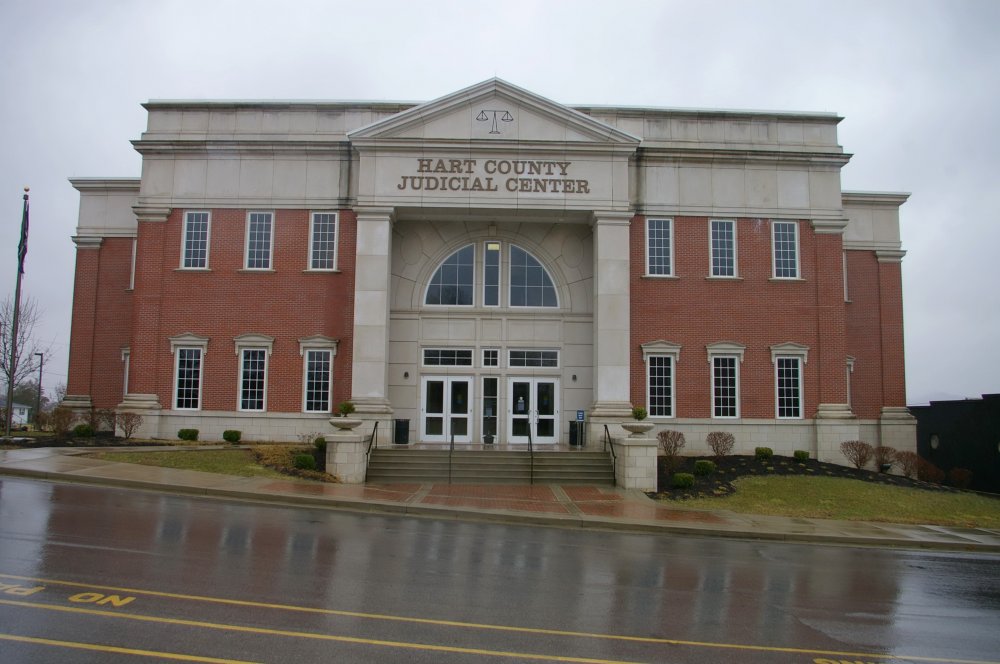 Description:  The building faces northwest and is a two story red colored brick and concrete structure. The northwest front has a central recessed entrance framed with a projecting open portico having a wide header and pediment at the roof line. Above the first story entrance is a semi-circular window on the second story. A wide cornice runs below the flat roof line. The building has a concrete base. 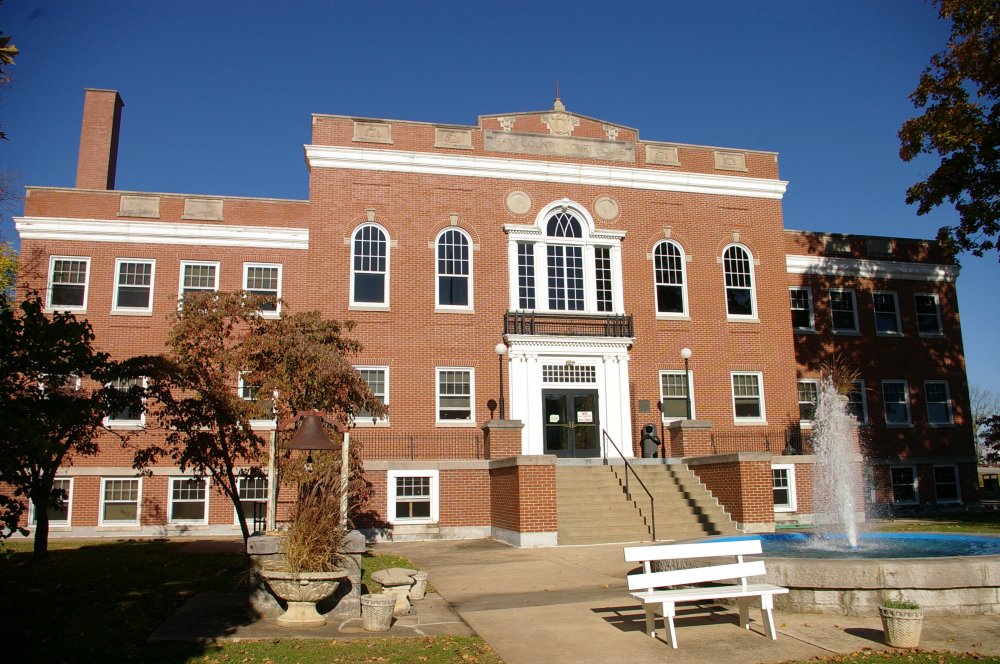 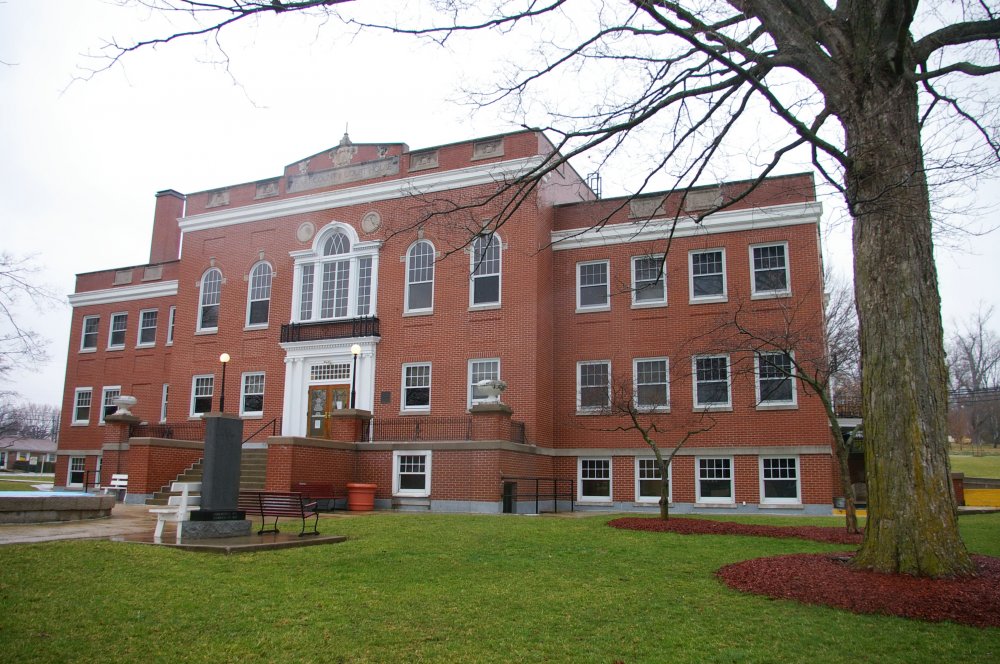 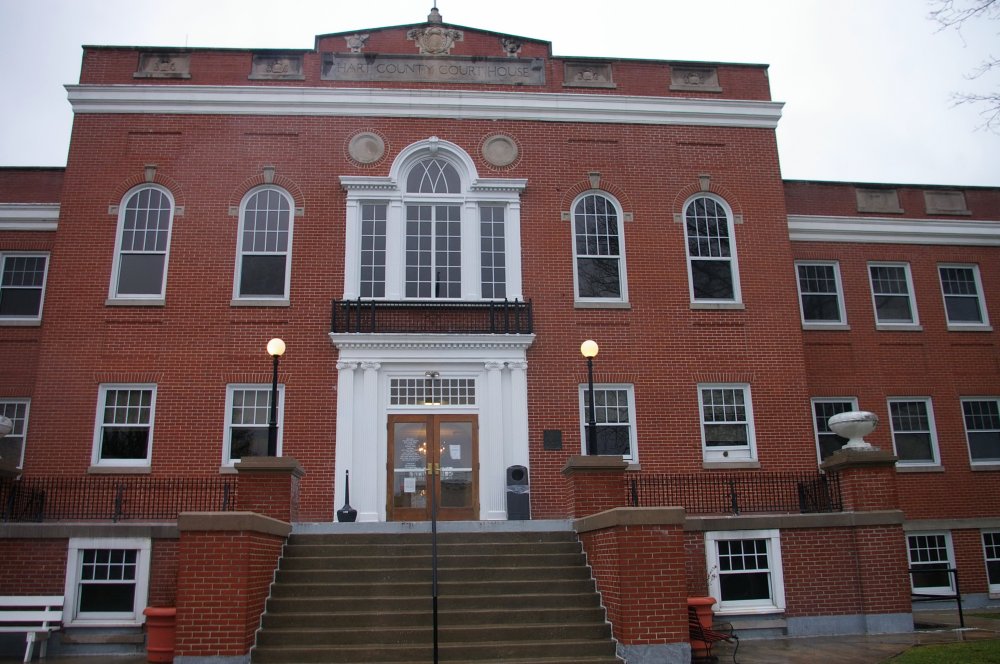 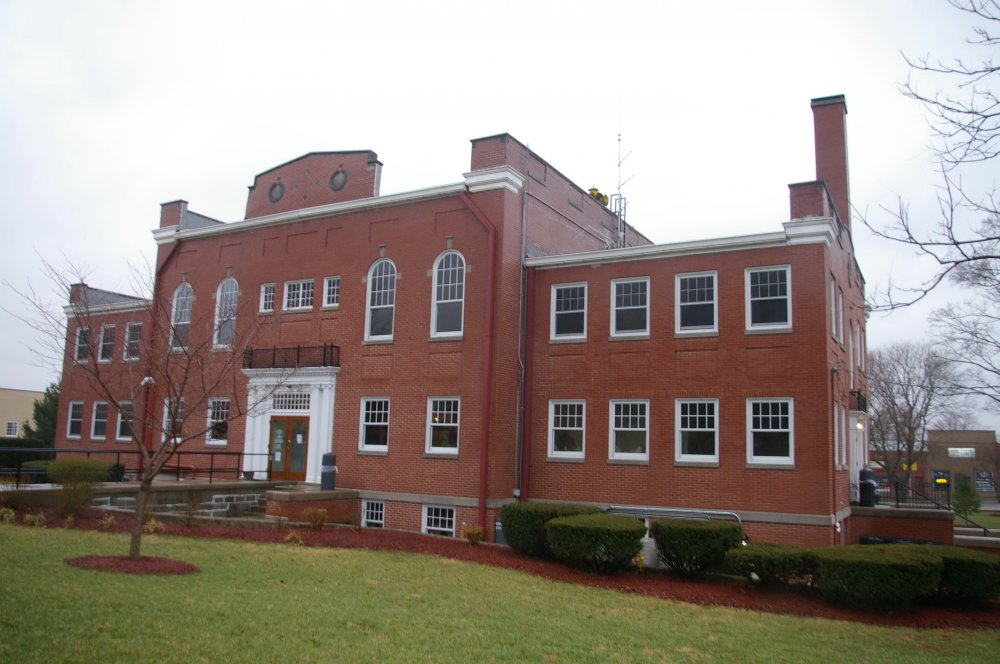 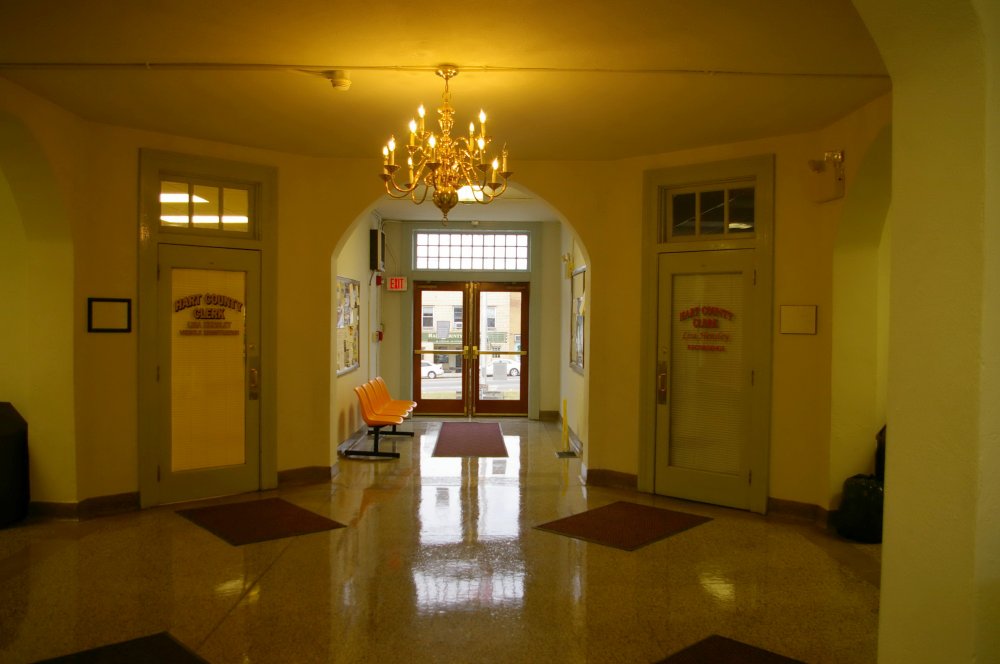 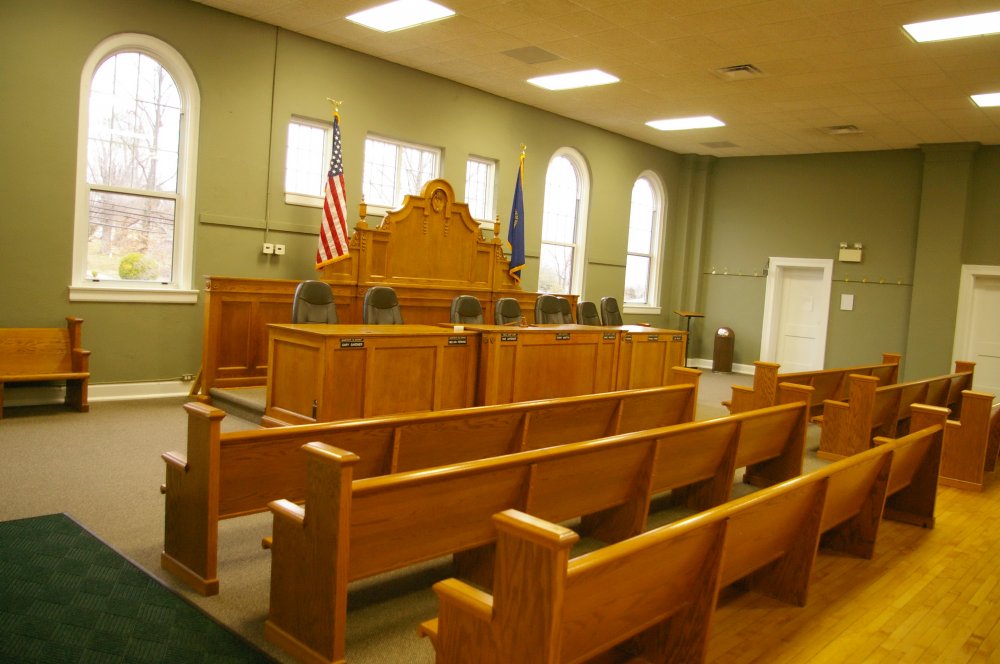 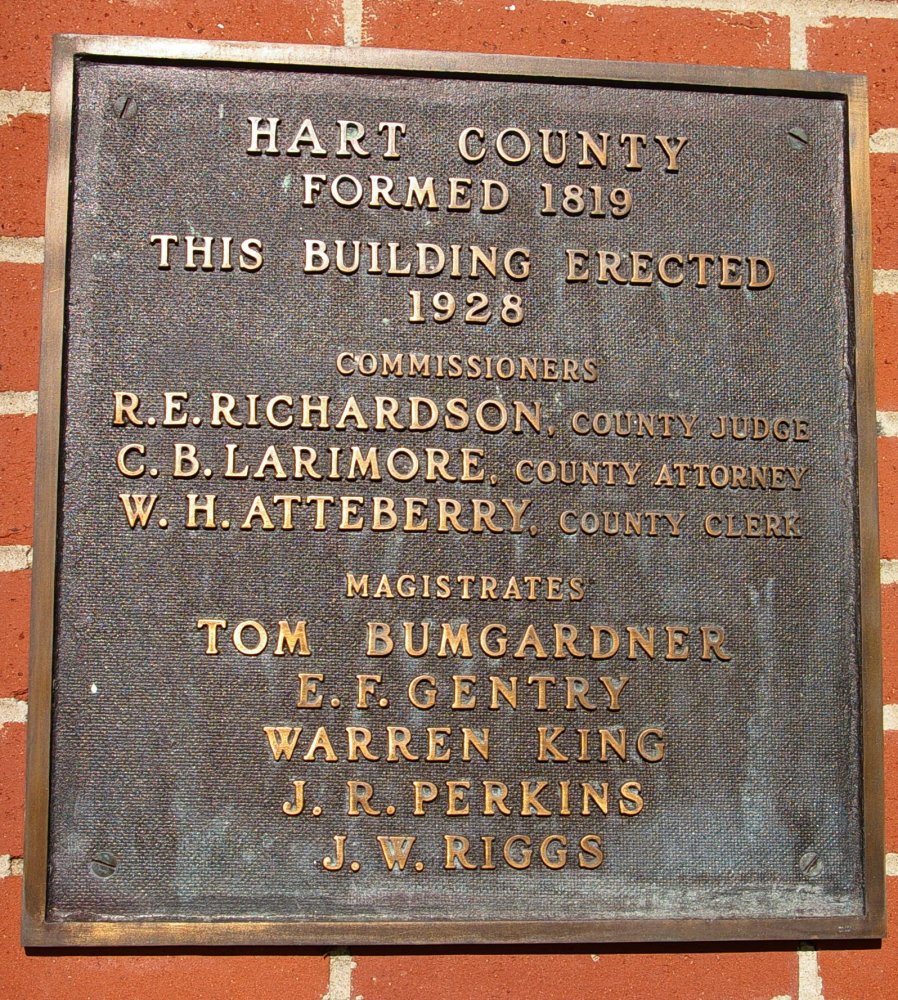