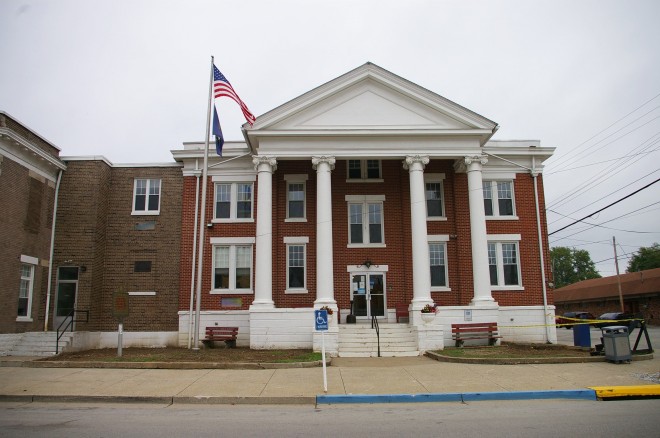 Spencer County is named for Spears Spenser, who was a military captain killed at the Battle of Tippecanoe.

Description:  The building faces south and is a two story dark red colored brick and stone structure. The building is located on landscaped grounds in the center of Taylorsville. The south front has a large portico with four large white colored Roman Ionic columns rising to a pediment at the roof line. The rectangular shaped building has a raised basement. The roof is hipped. The interior is relatively intact with original wall and floor finishes in halls, some original half-glazed doors, original vaults, and a second floor courtroom with a historic balustrade and paneled partition. The balcony in the courtroom has been sealed off. On the west side is a large addition built in 1974 with brown colored brick construction and connected to the old People’s Bank Building built in 1903. Behind the courthouse is the old jail constructed in 1922. 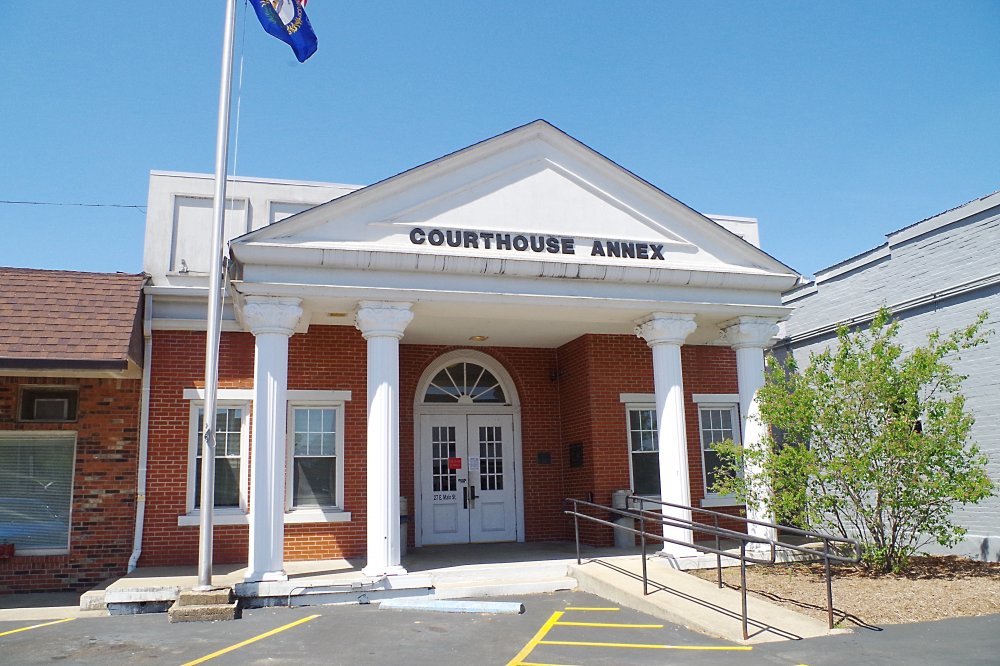 Description:  The building faces south and is a two story dark red colored brick and concrete structure. The building is located on landscaped grounds in the center of Taylorville to the east of the courthouse. The south front has a white colored portico supported by four columns rising to a pediment. The white colored entrance has a fanlight, The roof line is flat. The courtroom is located on the second story. The building is the Spencer County Fiscal Court Building. The building houses the County Circuit Court and County District Court of the 53rd Judicial District. 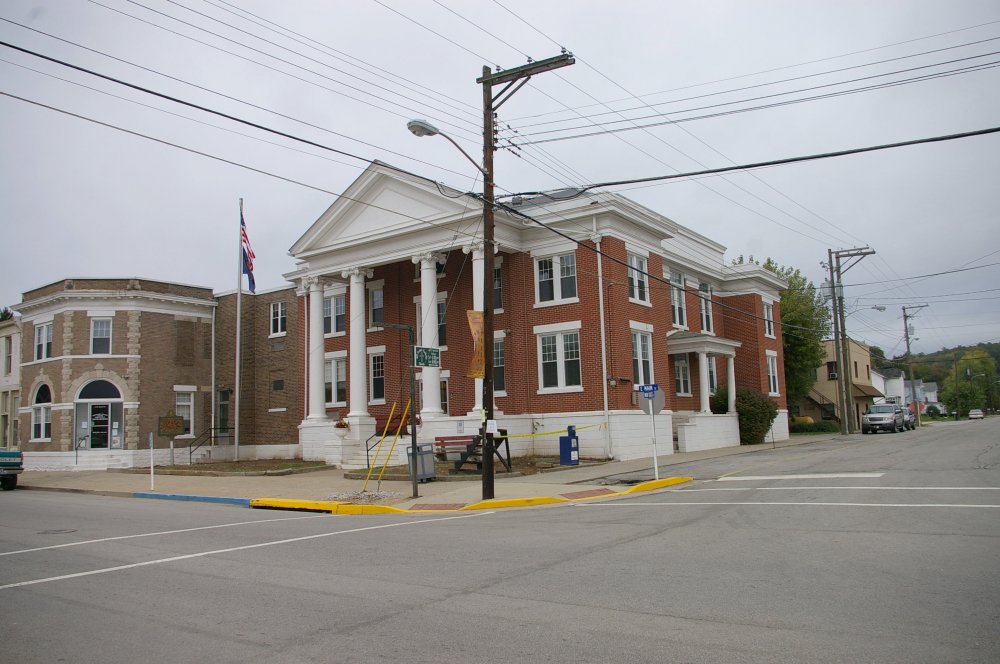 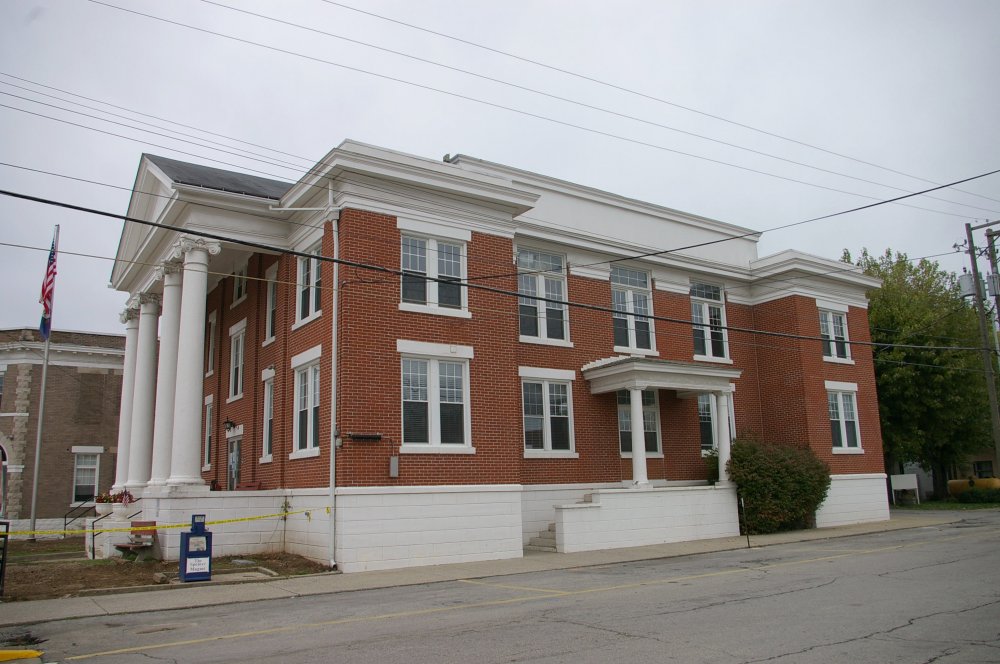 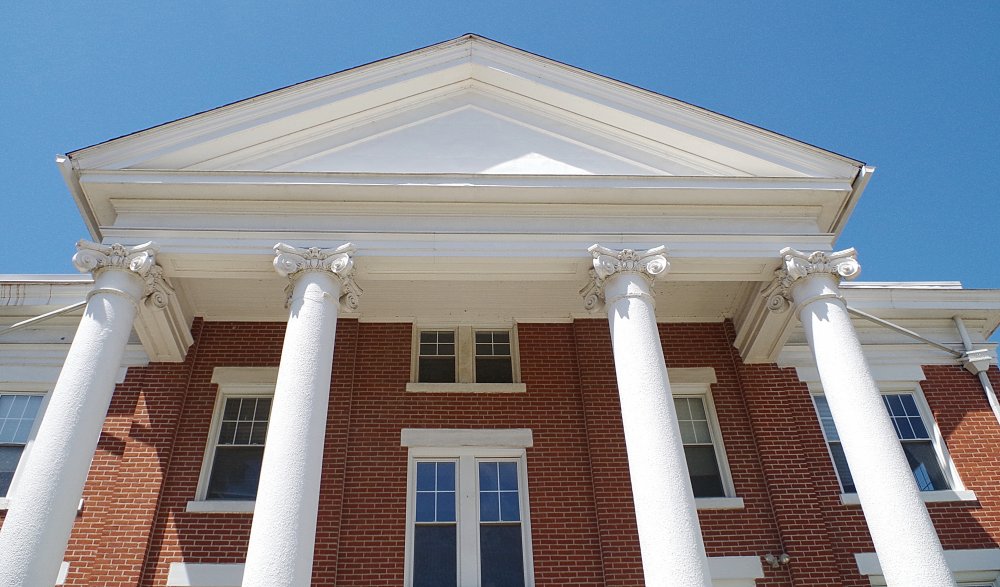 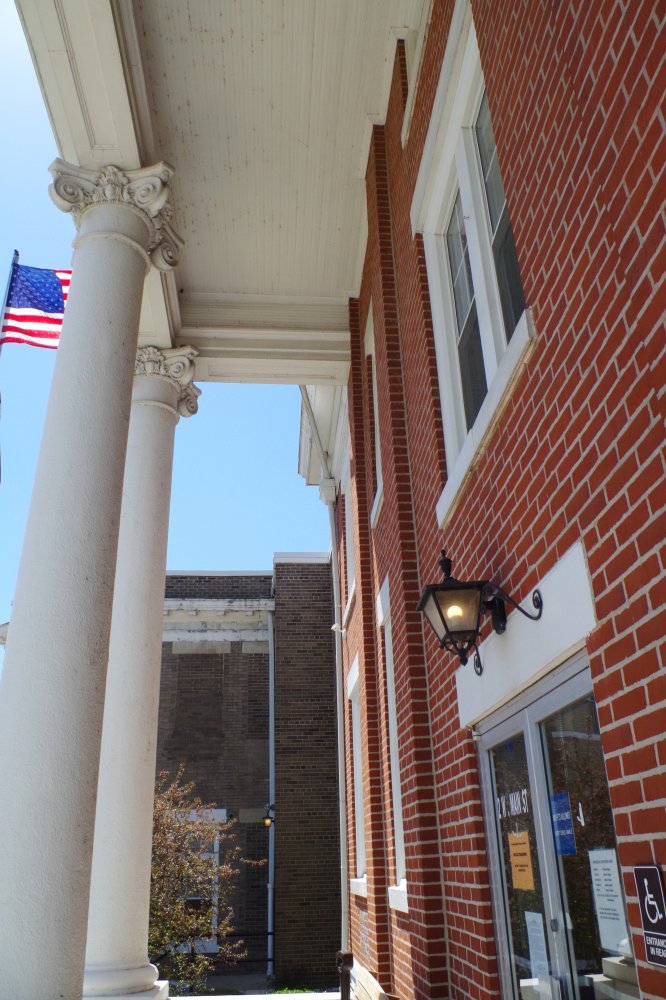 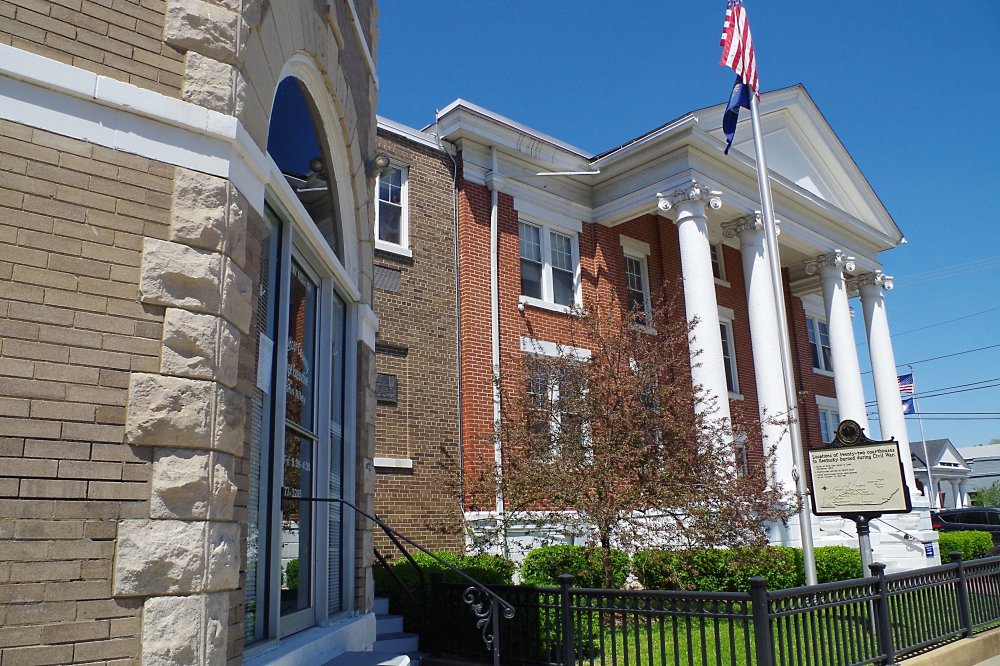 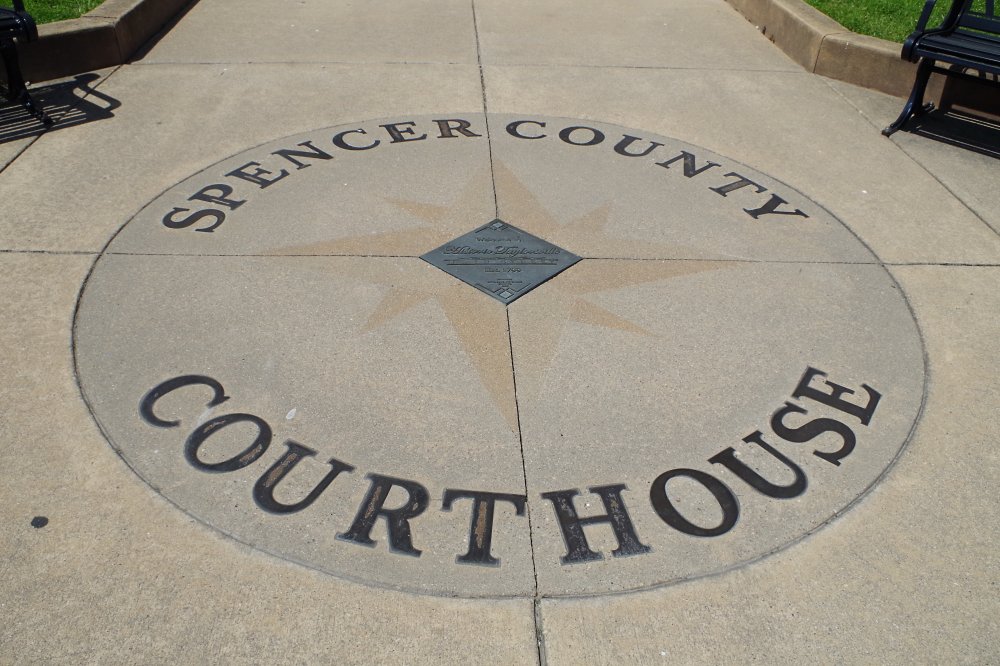 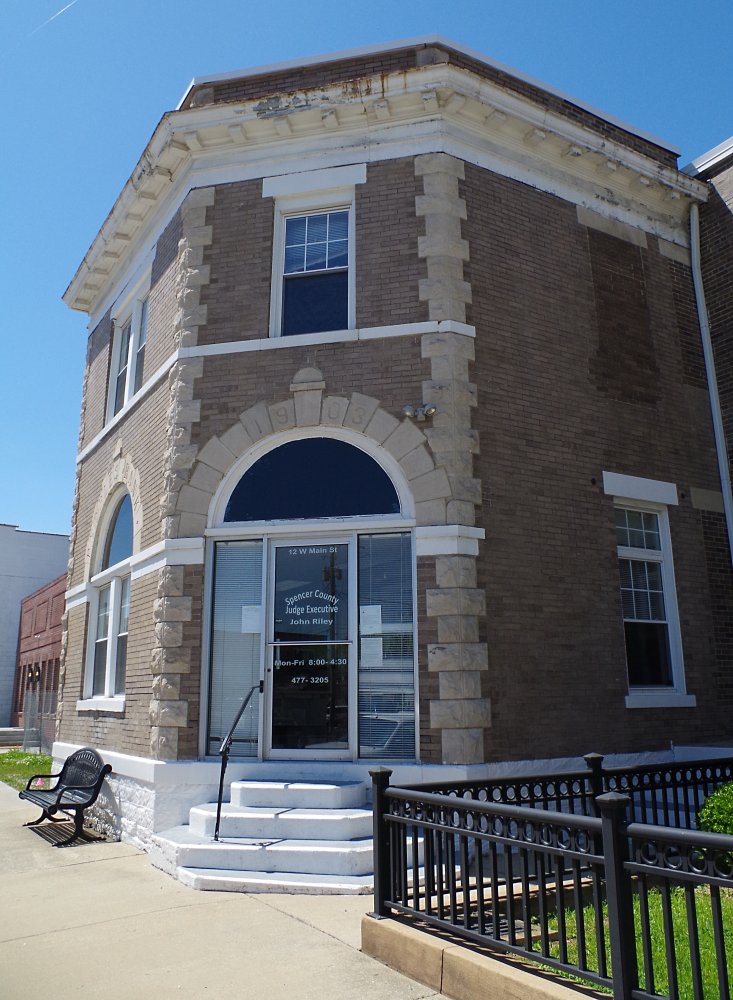 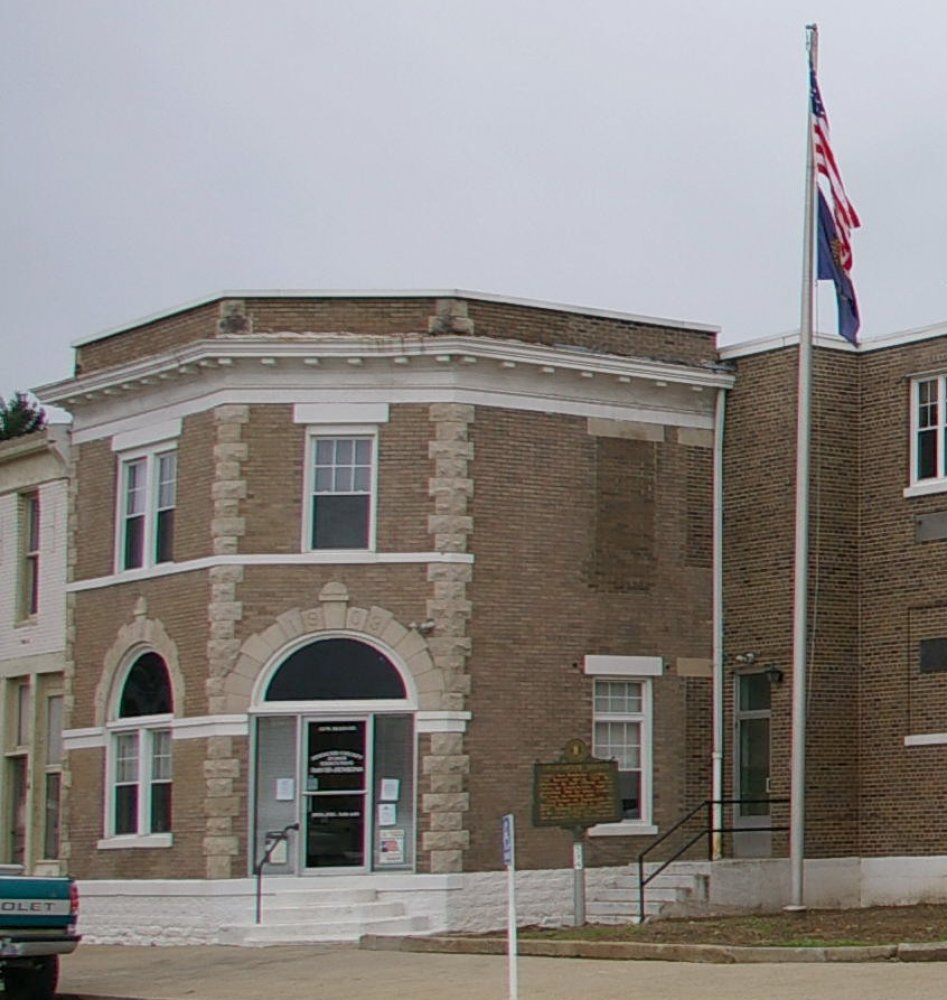 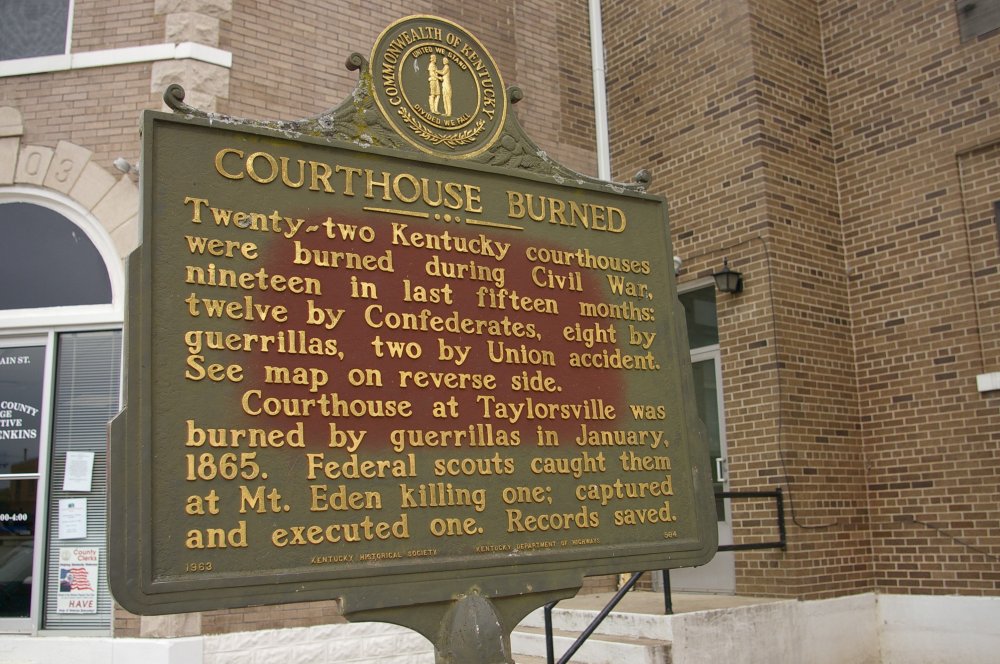 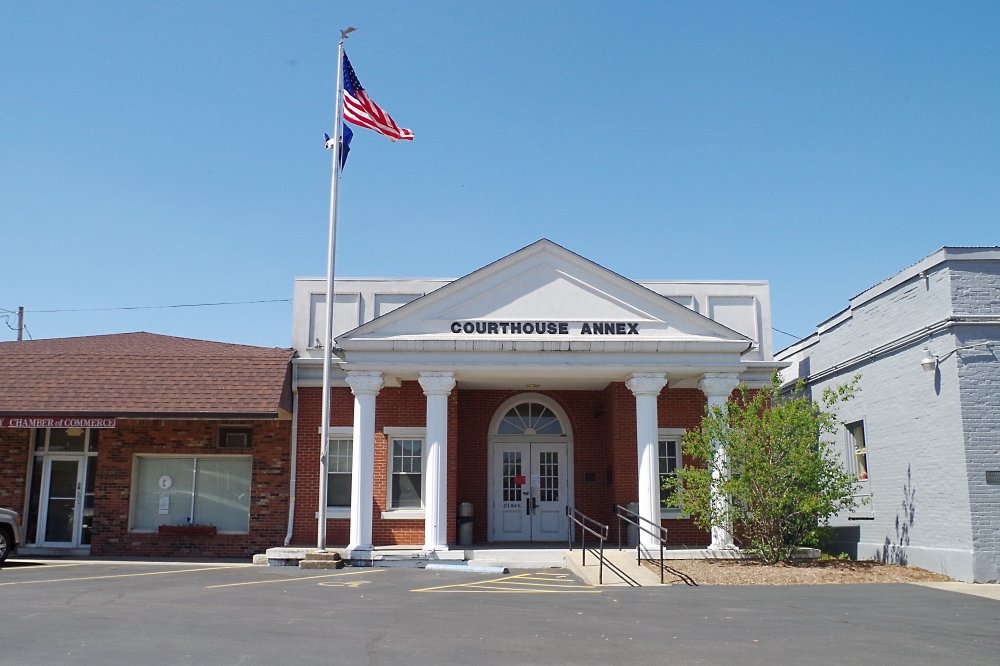 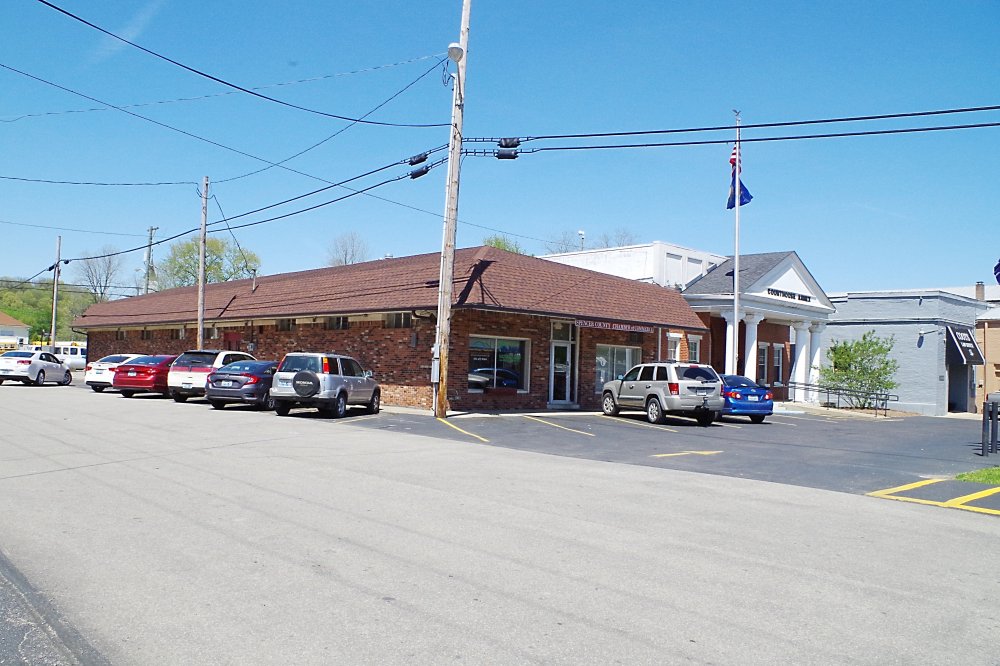 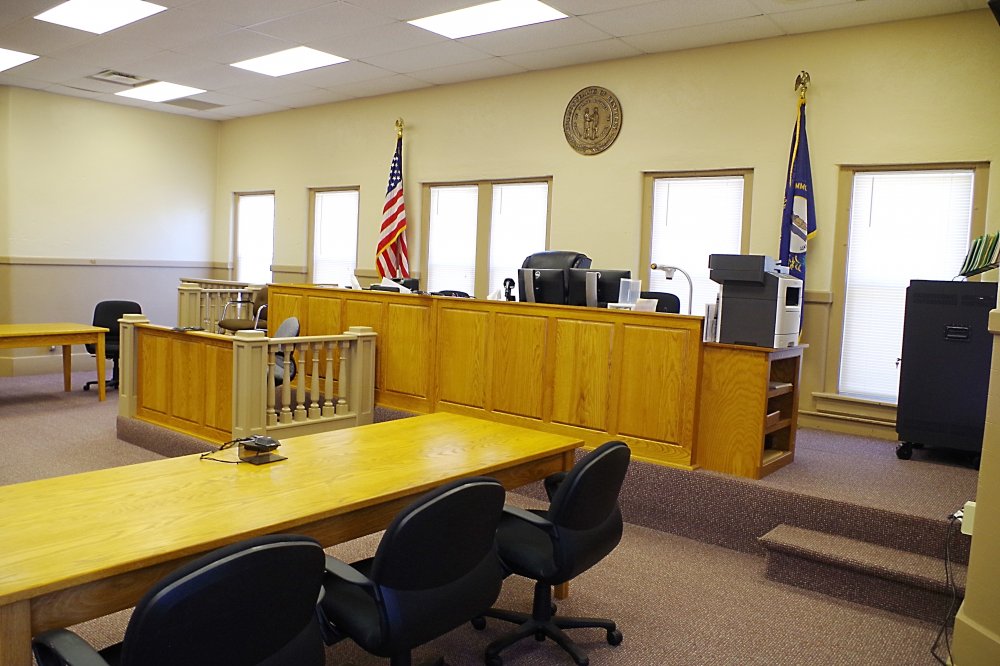 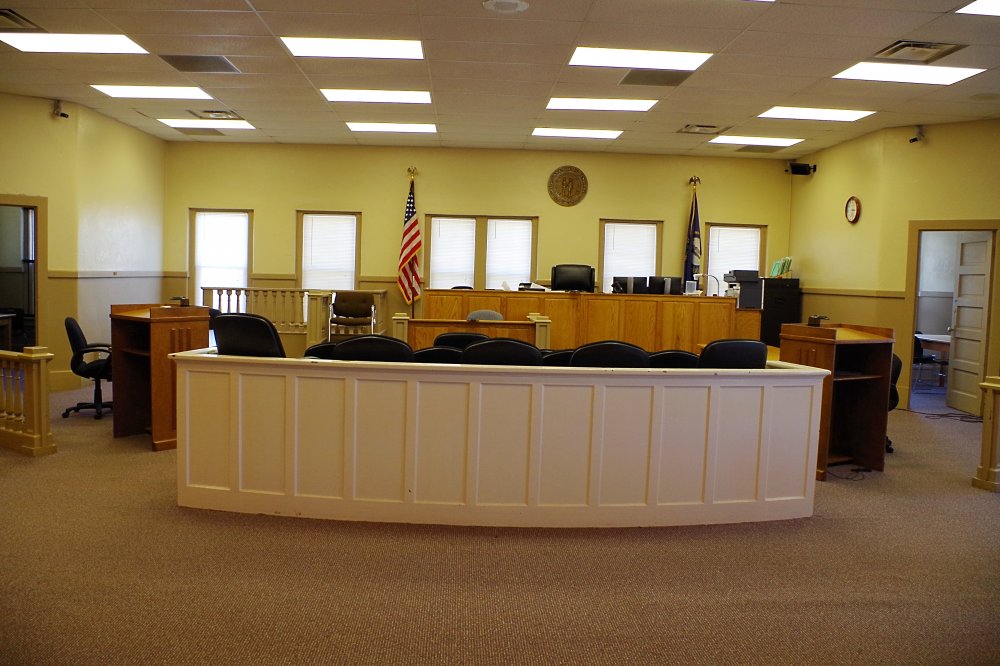