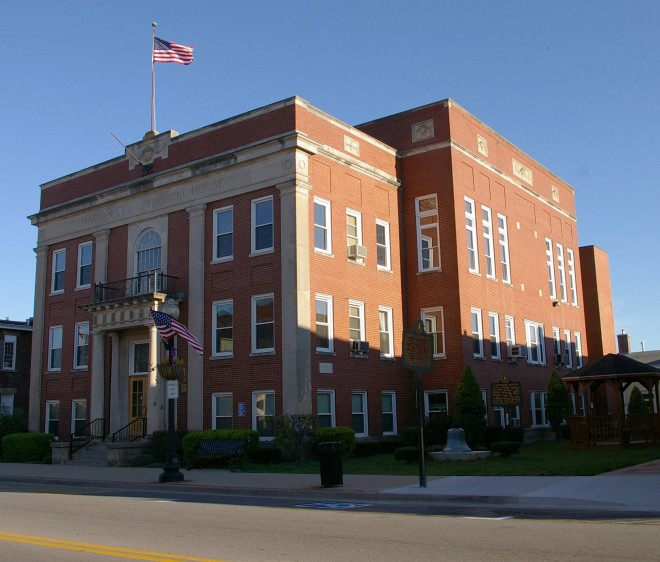 Marion County is named for Francis Marion, who was a general in the American Revolutionary War and lived from 1732 to 1795.

Description:  The building faces south and is a three story red colored brick and concrete structure. The north front of the building has a small one story portico supported by two columns and with a balcony at the second story. On the second story is a large arched window. White stone trim is located along the building corners and below the roofline. On the south is a larger and higher section. 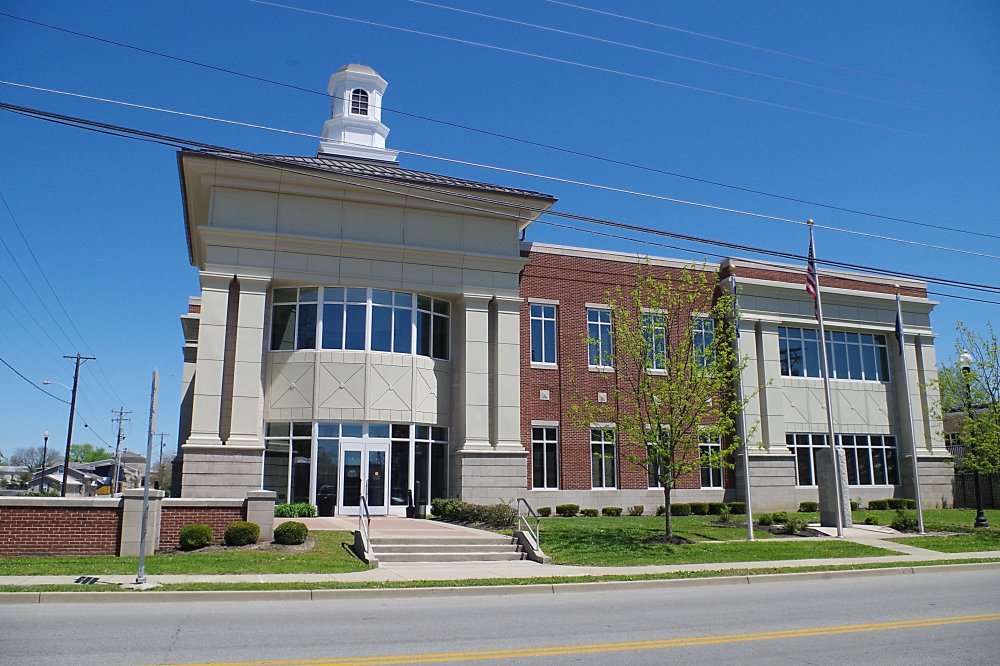 Description:  The building faces west and is a two story dark red colored brick, concrete and glass structure. The building is located on landscaped grounds. The west front has an entrance at the north corner with four large concrete pillars and recessed semi-circular section having glass walls on the first story entrance and glass walls on the second story. The projecting black colored roof is sloped and has a white colored cupola at the top. The center section is dark red colored brick and the south corner has four large concrete pillars with recessed center section. The roof line is flat. 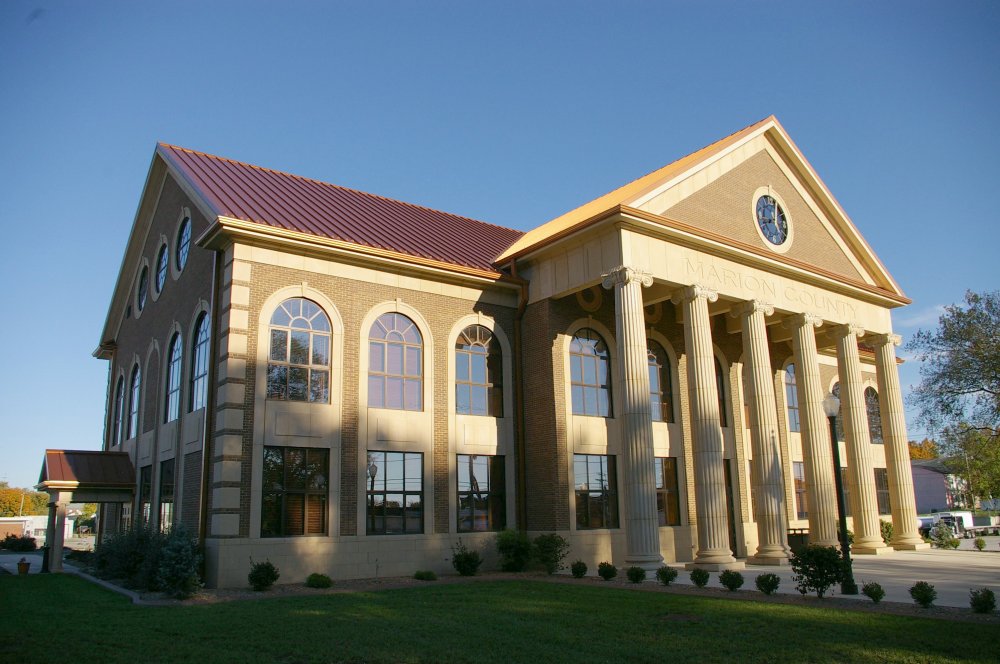 Description:  The building faces west and is a two story brown colored brick, concrete and glass structure. Along the west front is a large portico with six large Ionic columns. Above in the center of the pediment is a large clock. The second story windows are arched and the first story windows are square. The building corners are trimmed with intermittent stone squares. 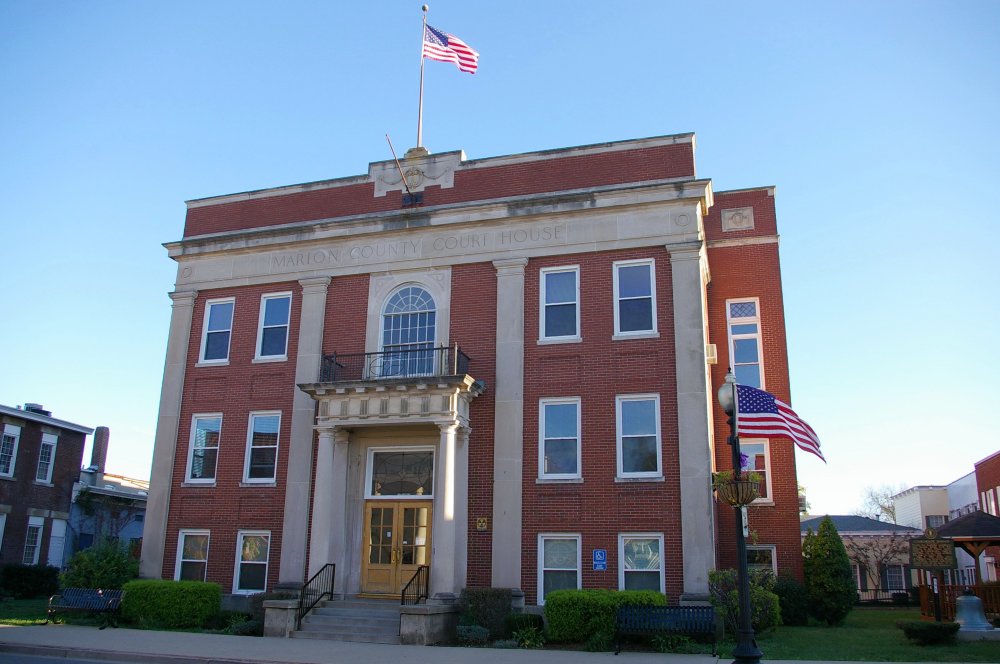 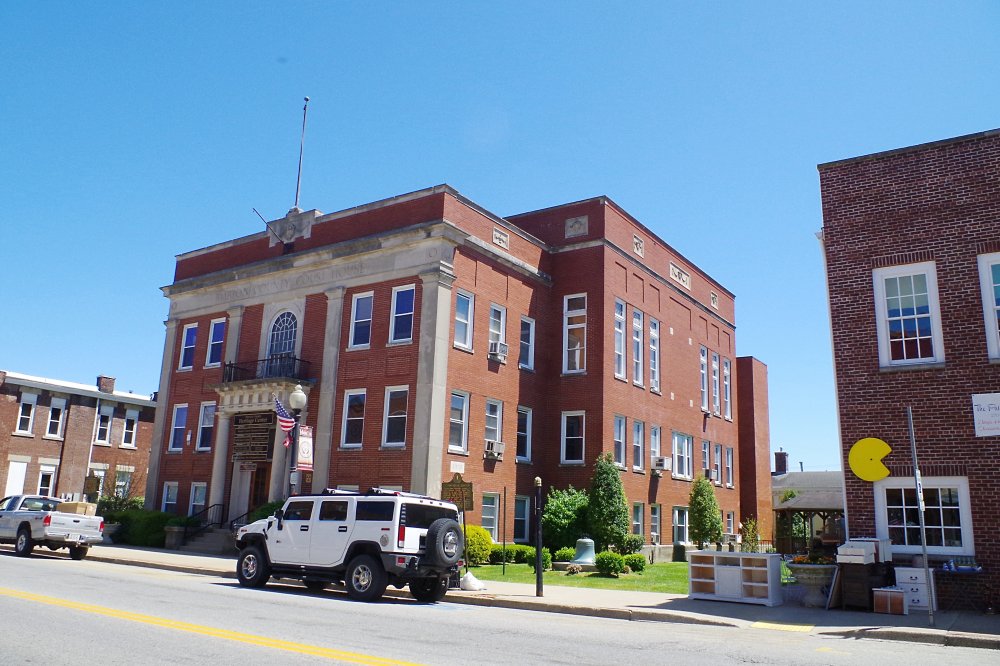 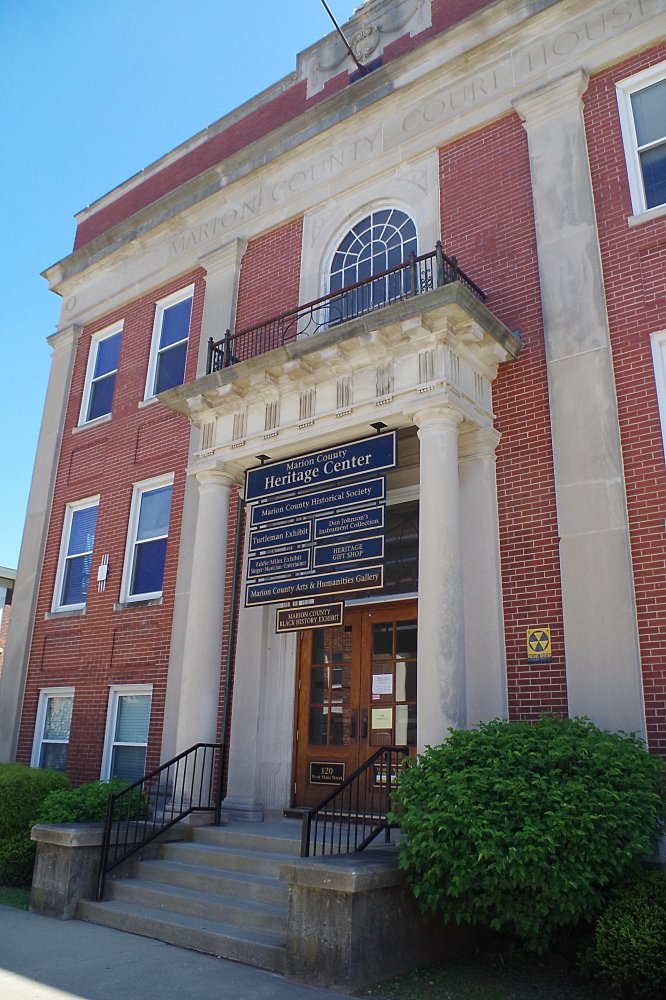 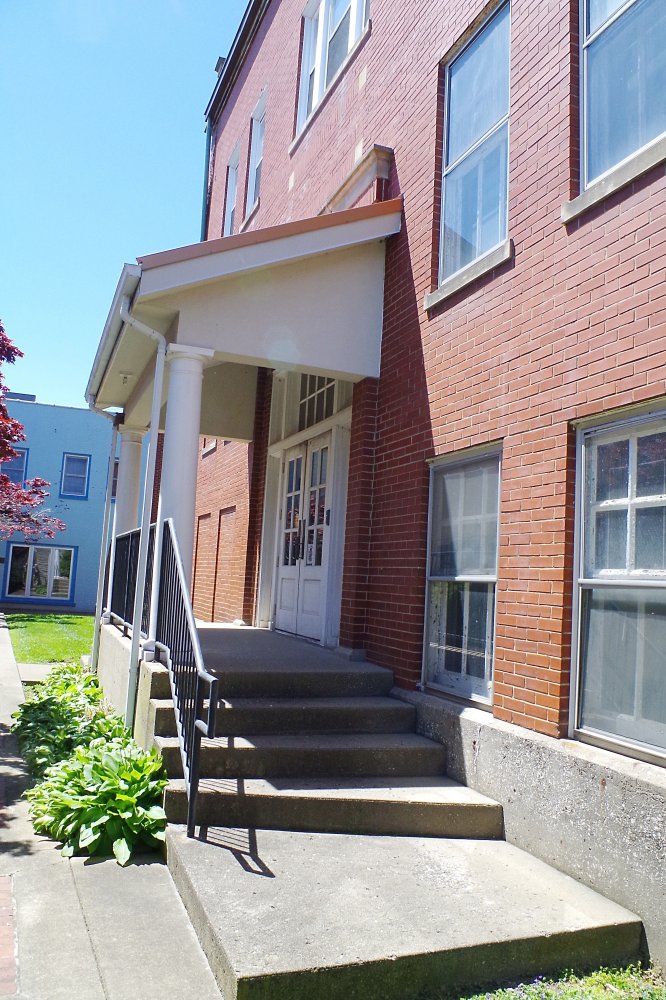 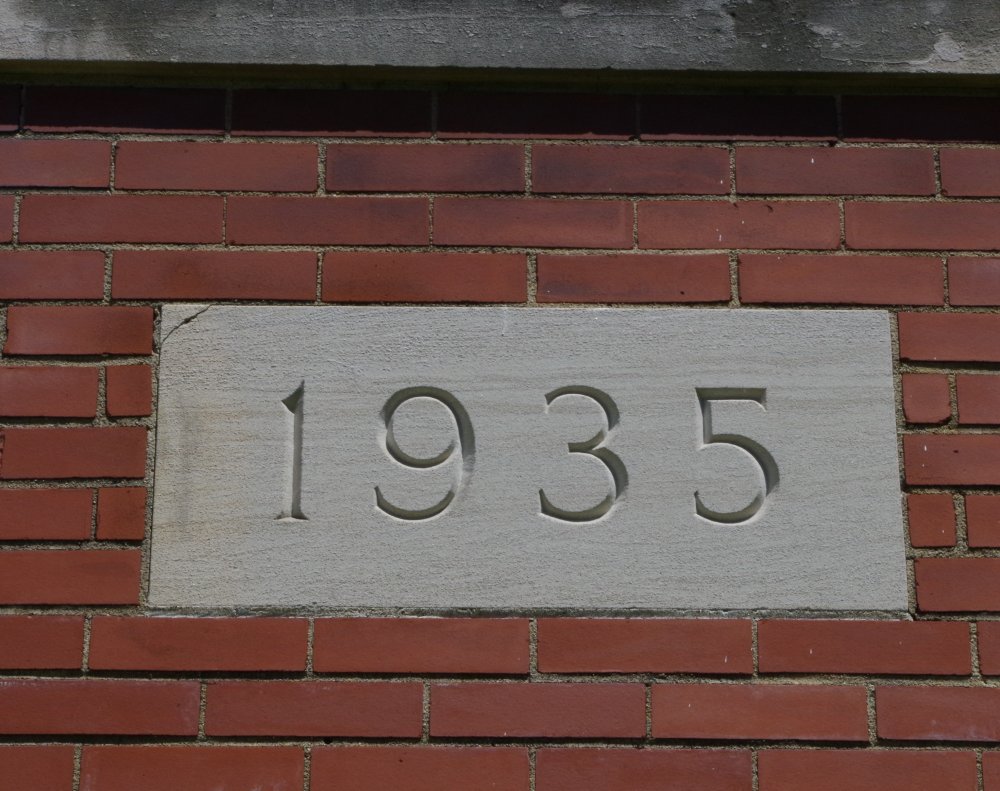 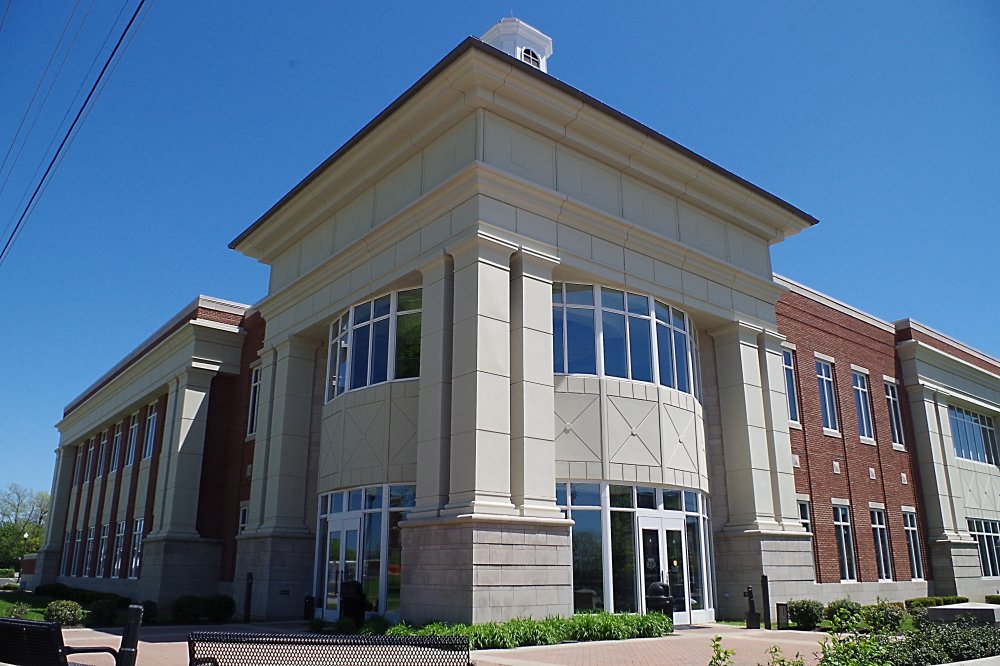 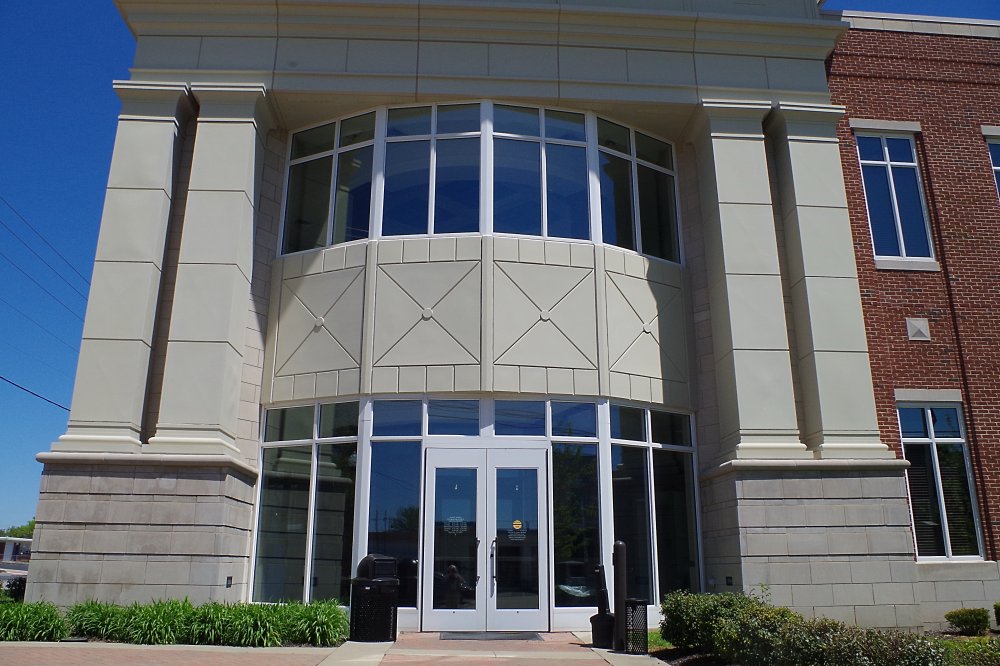 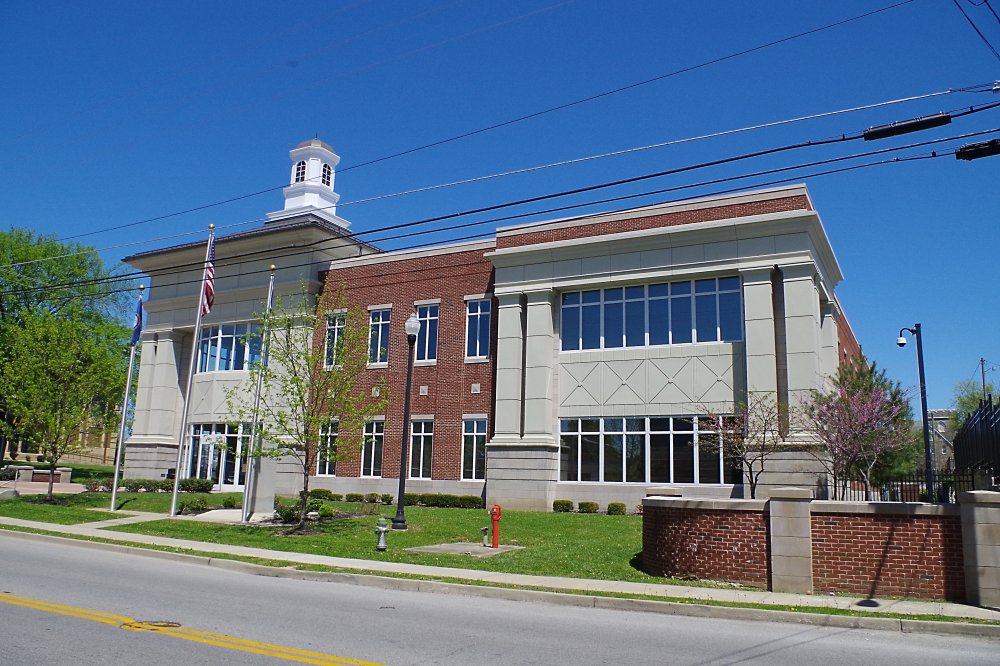 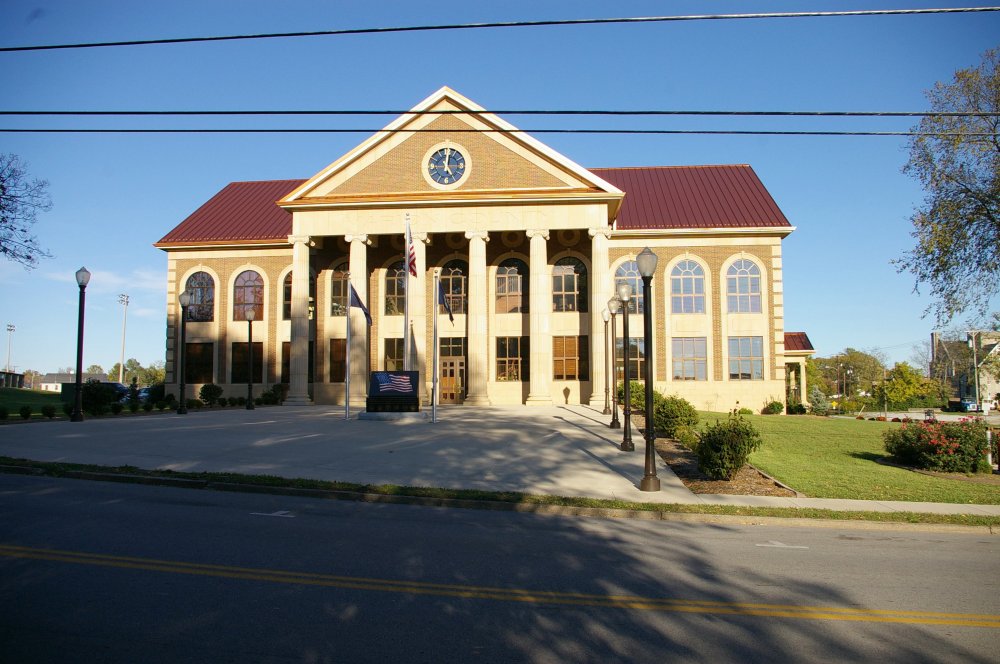 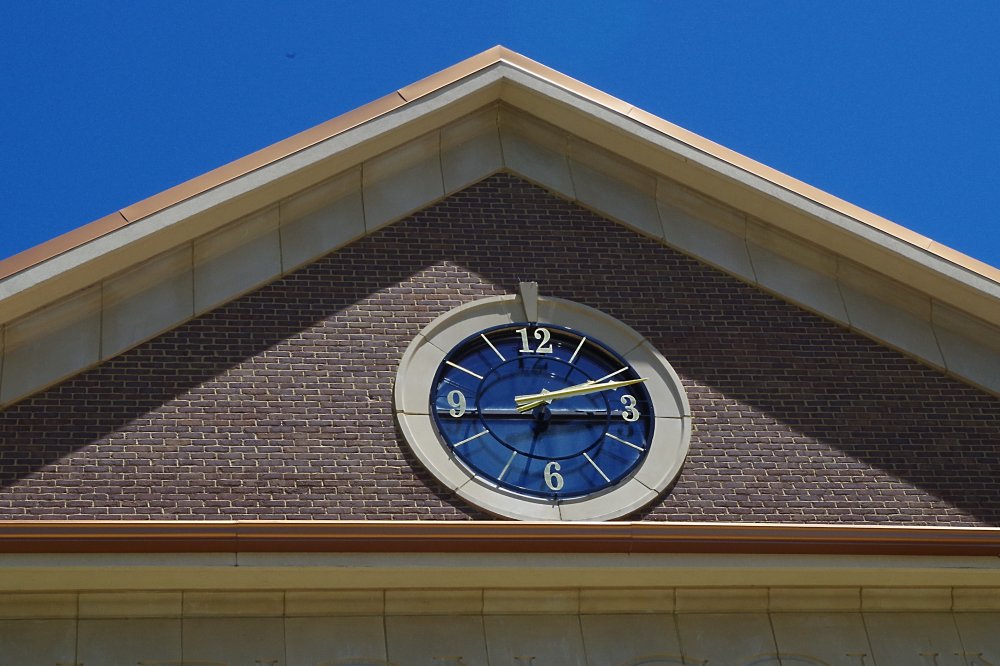 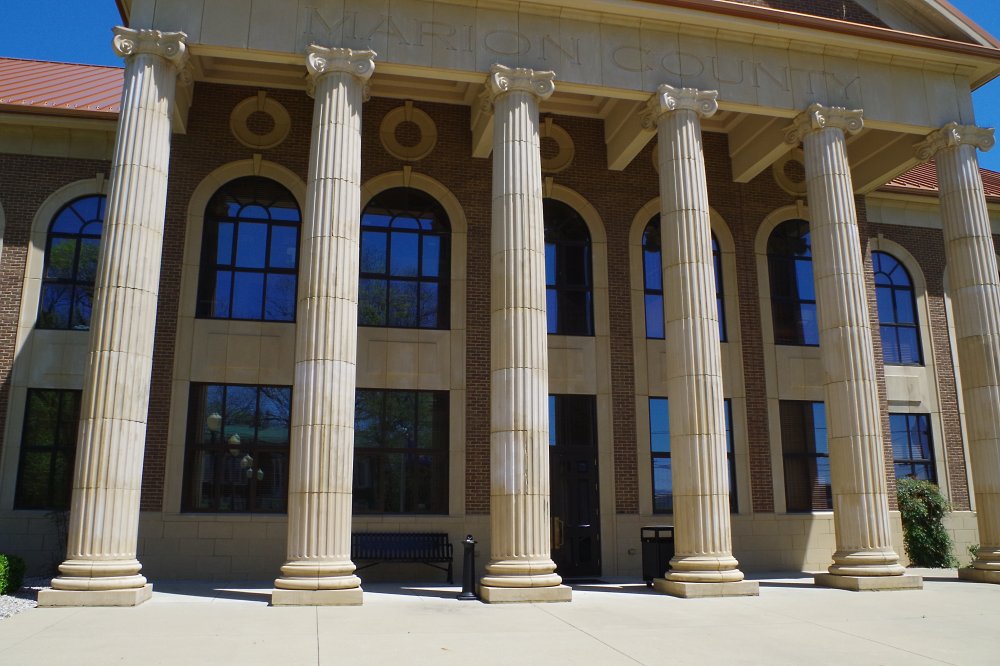 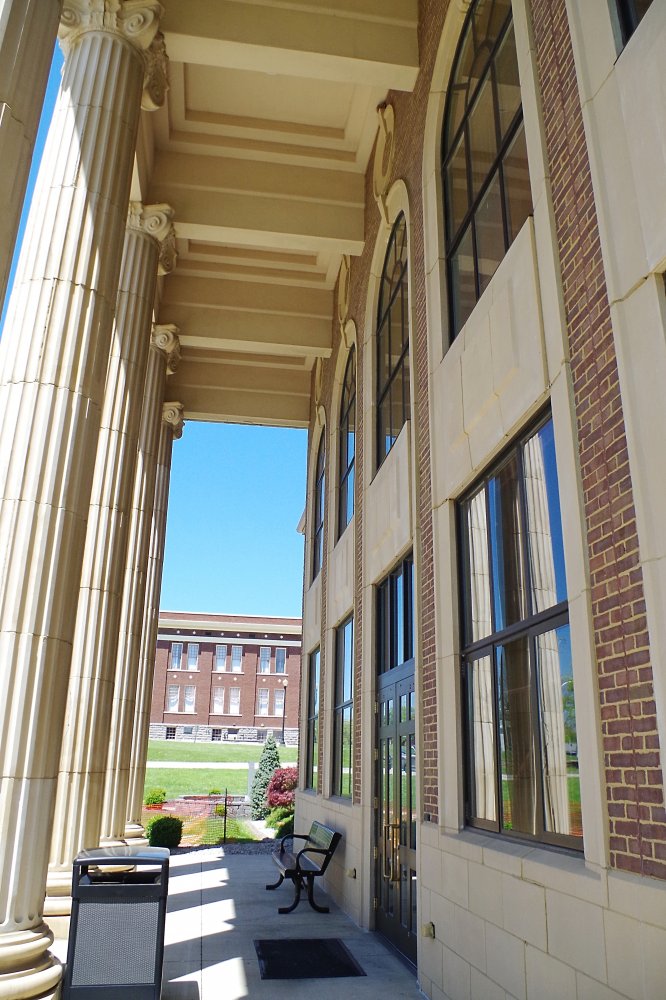 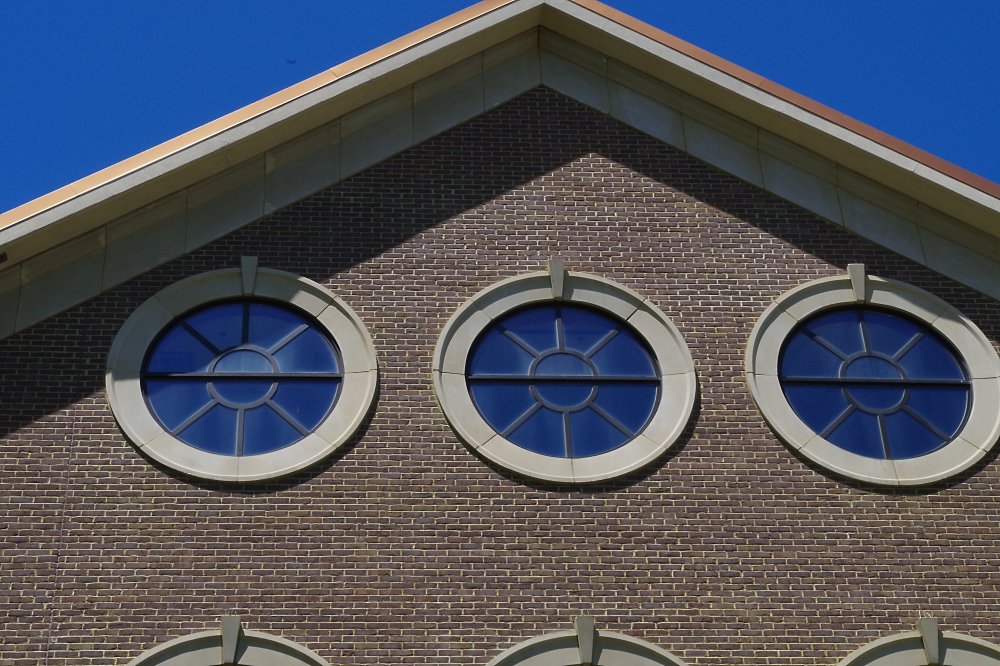 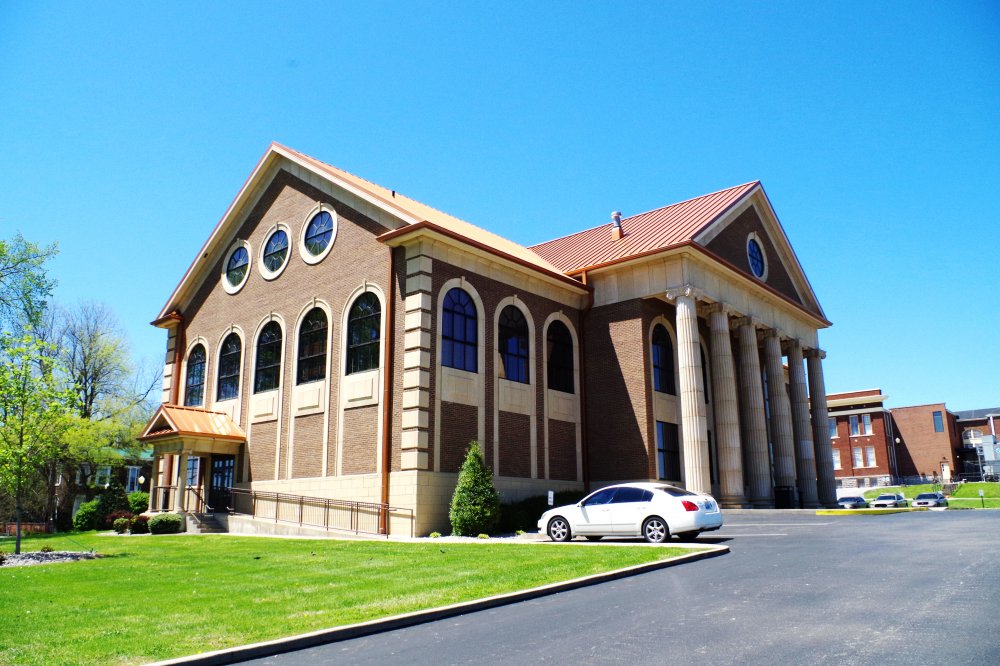 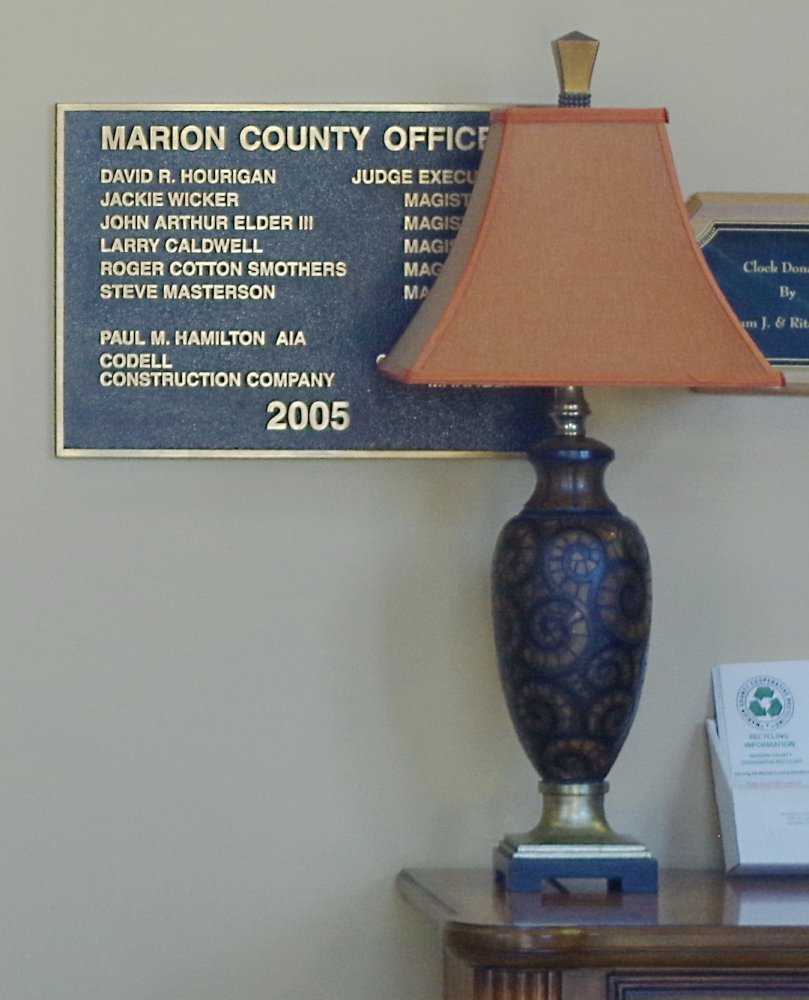 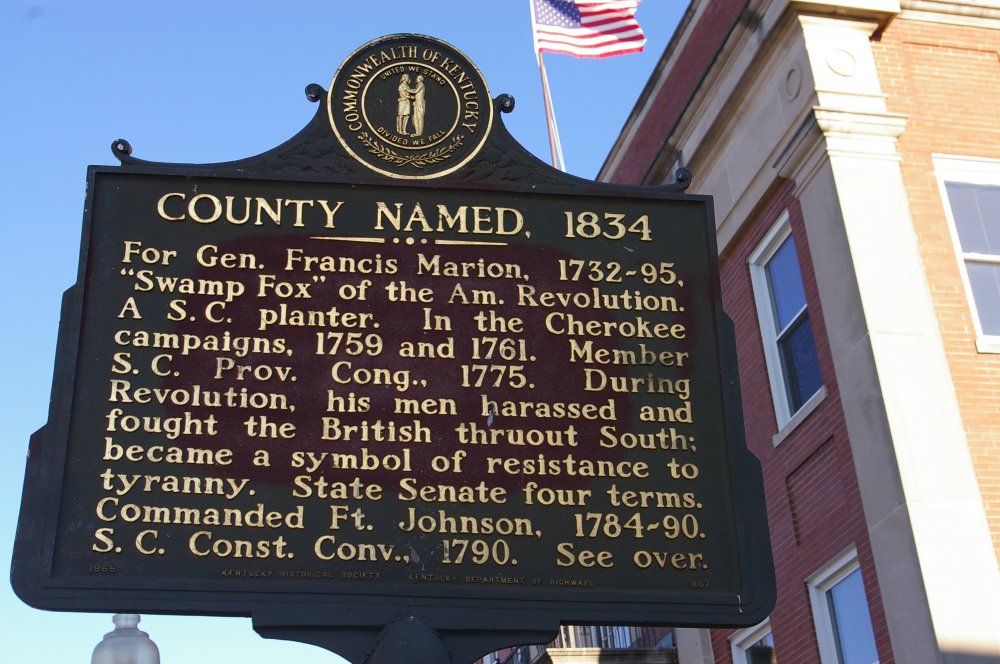