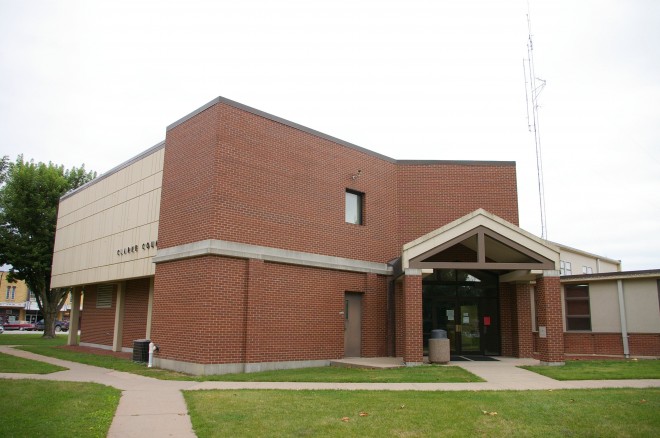 Clarke County is named for James Clarke, who was appointed Governor of the Iowa Territory in 1854. 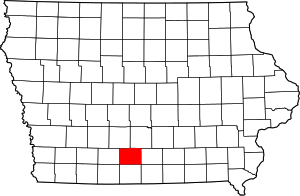 Description: The building faces southeast and  is a two story light red colored brick and concrete structure. The building is located on spacious landscaped grounds in the center of Osceola. The building is “L” shaped with the two story section along the west side and a one story section extending east. The southeast entrance has a small brick portico with pitch roof. Along the south side are concrete pillars with white colored concrete facing above on the second story. The building alternates the brick and white colored concrete facing. The building houses the County District Court of the 3B Judicial District.  An addition was added on the south side in 1995 creating the main southeast entrance. The architect was Moore Associates of Omaha, Nebraska and the contractor was Denis Delila Vedova, Inc. of Albia. 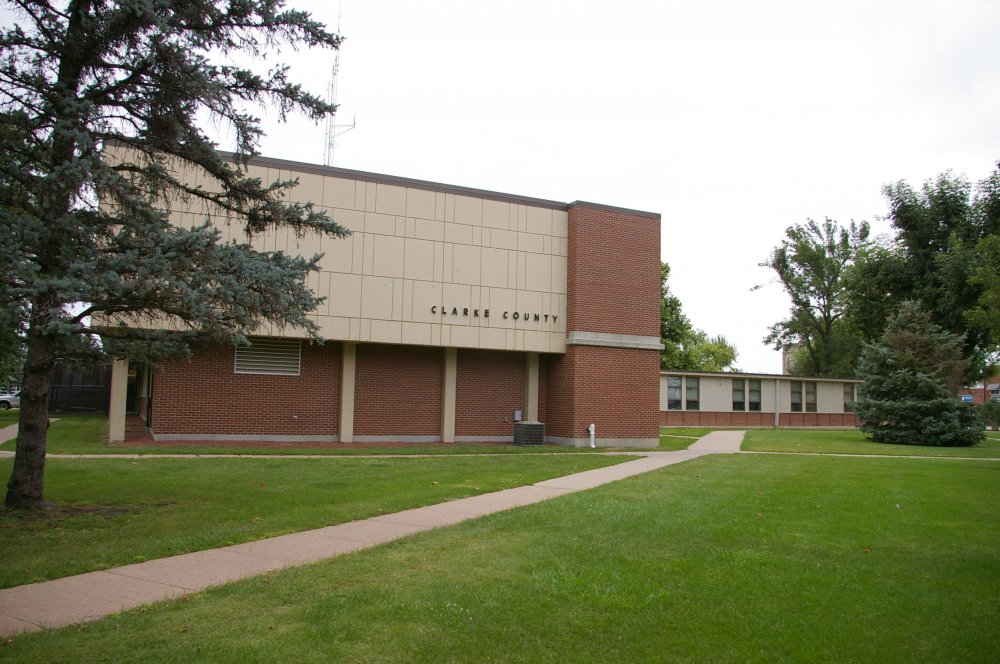 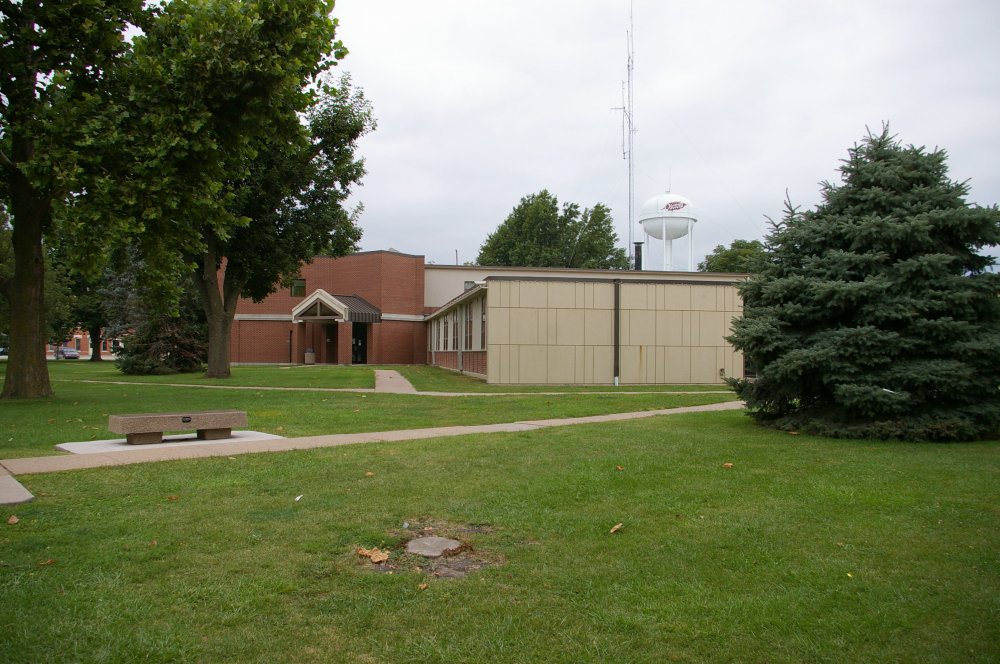 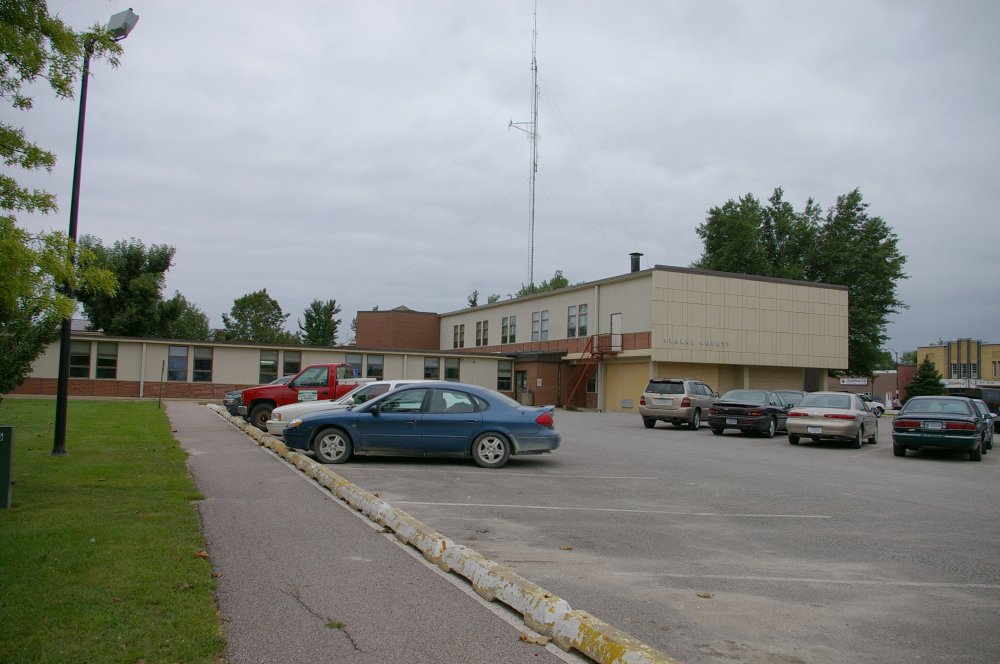 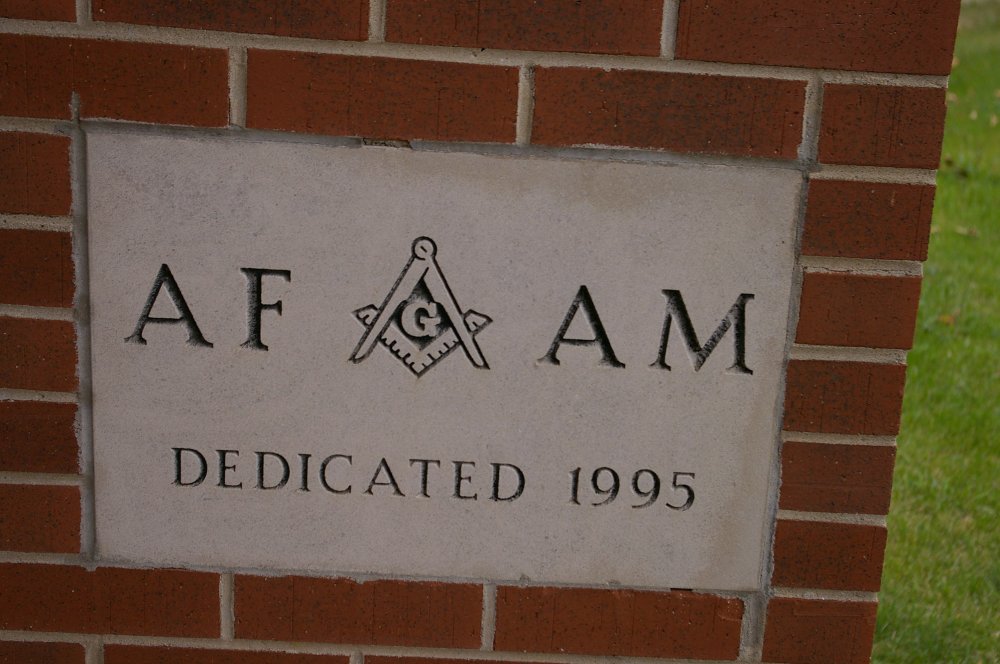 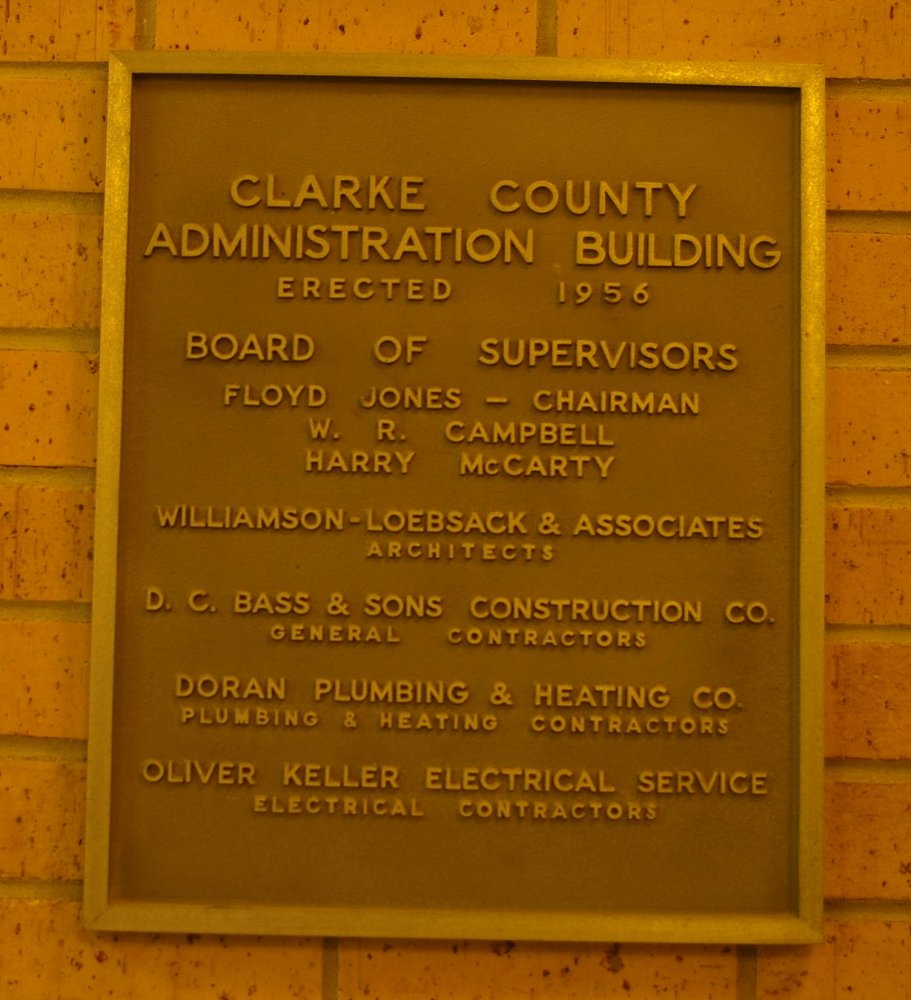 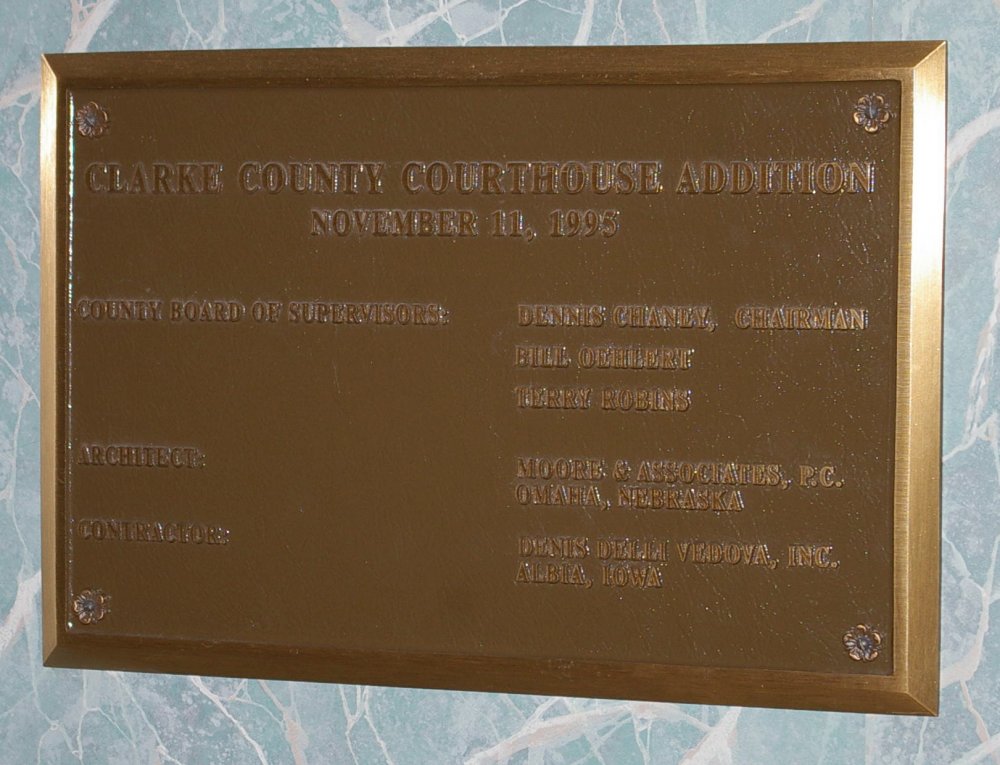